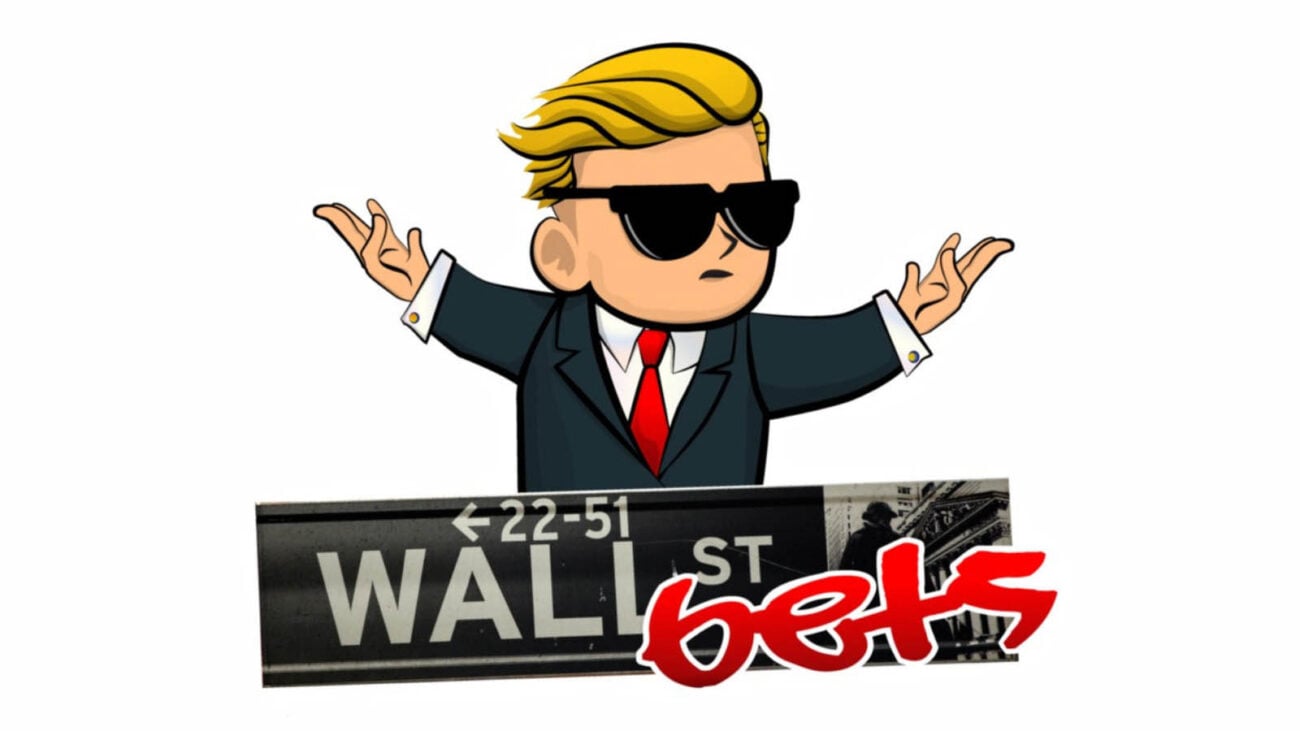 Wall Street Bets is taking over the stock market: The best memes

The country is in an uproar today and it’s all thanks to an intrepid group of Redditors from the subreddit Wall Street Bets. They’ve banned together to buy stocks they like – regardless of the value – and in doing so they’ve skyrocketed the share prices of companies like GameStop, AMC, Blackberry, and more. (They also not-so-coincidentally short squeezed some big investment firms.)

There’s been backlash from members of Wall Street and multiple stock trading apps have boldly prevented users from buying stock of the companies in question. But it’s the internet, the more pushback the people receive the more determined they become.

The internet, of course, while rallying behind this unexpected obsession with the stock market is also making memes. Here are some of the best to come out of the situation so far. 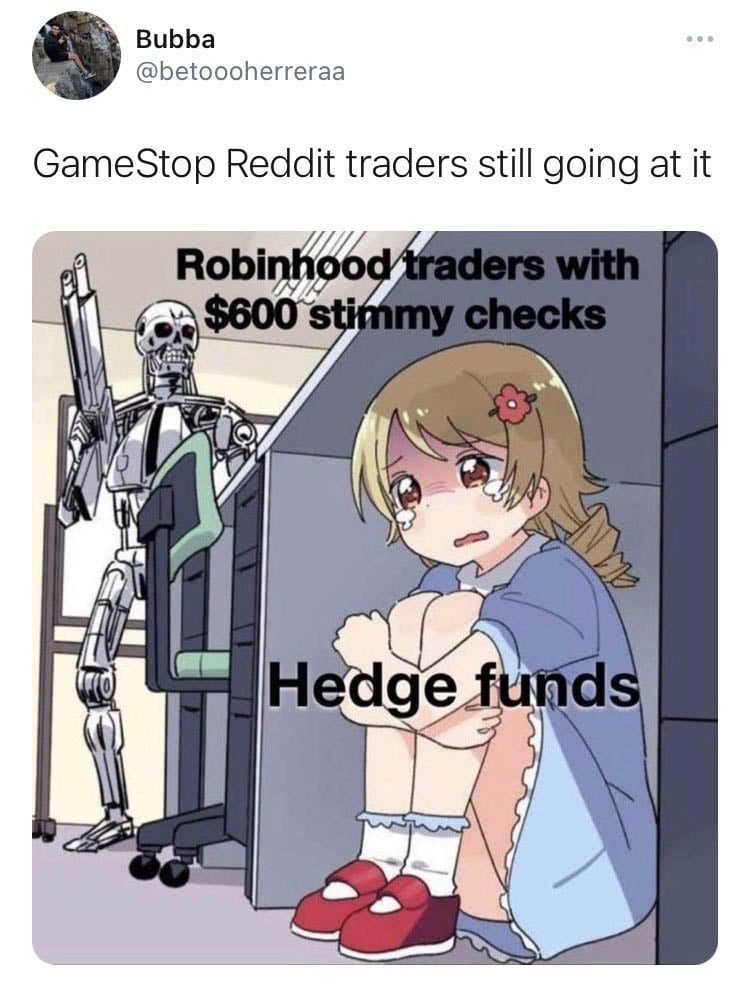 Power of the people

It turns out there really is power in numbers. Hedge funders are now scrambling to do whatever they can. 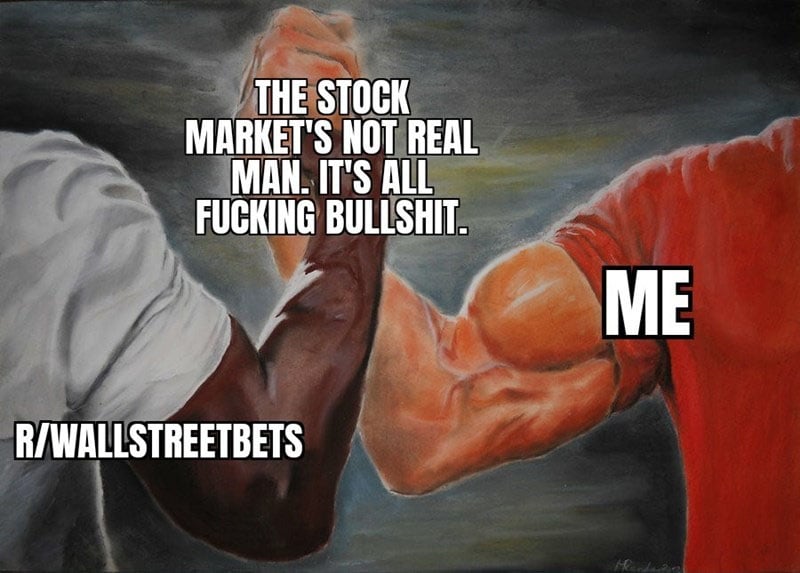 Some people have argued this movement is without logic – but the stock market is a wacky complicated human creation. It can be whatever we want it to be. 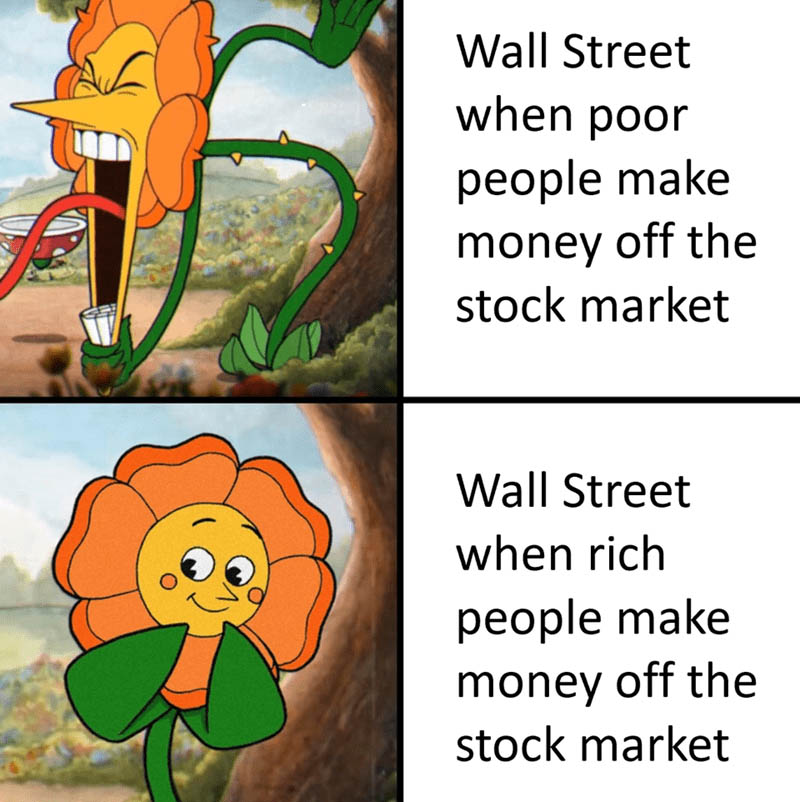 Wall Street Bets is out here “manipulating” the stock market the same way big firms do, but suddenly it’s a problem? Okay, we see how it is. (And so do a lot of other people.)

When Ted Cruz and AOC agree you know you fucked up. pic.twitter.com/EPzOHDUJd0

An unexpected turn of events

That whole blocking investors from buying certain stocks thing? Yeah, well somehow it managed to unite Alexandria Ocasio-Cortez and Ted Cruz into agreeing on something. Both of them as well as Donald Trump Jr. are pretty peeved at Robinhood, the trading app that has only been allowing people to sell GameStop and AMC stock shares.

This is, to the best of my financial knowledge, what's happening with #wallstreetbets and #gamestonk and how everyone in general is taking it pic.twitter.com/i6ko6Af7eU

As far as we can tell, PreshOffTheBoat, you’re right. Everyone, no matter their political affiliation, is watching the Wall Street Bets movement and either cheering it on or joining in. After years of vitriol this brief moment of unity is refreshing.

A lot of people have been crying out that there are a lot of retail investors about to lose a whole bunch of money, but the thing is, most of them are perfectly aware of their potential fate. It isn’t about profiting for them. It’s about showing the people who manipulate the stock market for their own gain while hurting others that it isn’t okay to do that.

At the beginning of last year, Nintendo inadvertently taught gamers how to play the Stalk Market in #acnh

Now, gamers are playing the Stock Market with #gamestonk

This is absolutely incredible to watch. pic.twitter.com/OEsmYzE4jE

Okay, we’re not sure this correlation is actually related . . . but we’ve seen the joke multiple times and we’re still giggling at the thought so we had to share.

GME capital raise at 420.69$ would be the icing on the cake. #GME #wallstreetbets #gamestonk

Since this whole historical Wall Street moment is born from a meme some people are hoping to get the GME stock to $420.69 – a combination of the internet’s two “funny numbers”.

People have been bailing from Robinhood all day today. The app also now has a one star rating on the Google Play Store since people have been flooding the system with their complaints about not being able to sell GME stock.

People are acting shocked that unexpected things can happen on the stock market as if we all didn’t already know that it’s all a gamble, but your bets are retirement funds.