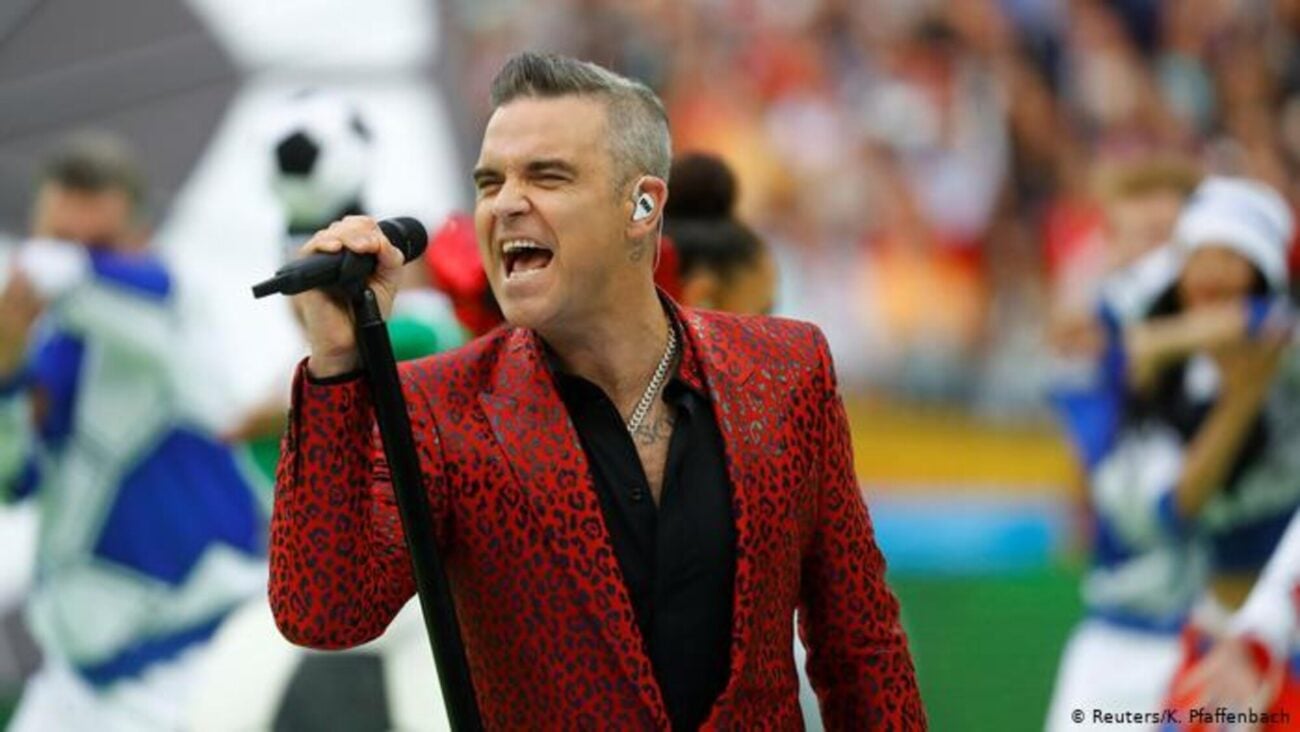 A Robbie Williams biopic is coming, and of course, folks on Twitter have already made it clear how they’re feeling about it. The upcoming film titled Better Man will be directed by The Greatest Showman director Michael Gracey, and will be a fantastical movie about the coming of age of singer & songwriter Robbie Williams.

Deadline reported that it “tells the story of Williams’ ascent, exploring the experiences that made him who he is, and the demons he battled both on and off the stage as he became a huge star on the back of hits like Angels”. Gracey announced that his approach to the movie will be for it to represent “its harsh reality all the way to these moments of pure fantasy”.

So what does the internet think about the upcoming Robbie Williams biopic so far? Well, no other announcements or leaks have dropped since, but the jokes surrounding this new film have already begun. Scroll through to check out all the best Twitter reactions we’ve found here.

Some folks were genuinely excited for the upcoming Robbie Williams biopic and have already begun requesting who to cast. Do you also believe James Acaster looks similar to Jarvis? Let us know in the comments.

A Robbie Williams biopic? I assume the audience will do most of the acting since Robbie makes the audience do the singing at all his concerts pic.twitter.com/H07FcQ1Jp9

One person took the opportunity for this announcement to make a jab at Robbie Williams for his lack of participation & effort at his own concerts. Good one.

Blame it on the pandemic

Some were quick to say this upcoming Robbie Williams is a horrible idea, and blamed it on the lockdown driving everybody mad.

Brexit: not happy at all, but I’ll survive.

Coronavirus and lockdowns: this is horrific, but we need to get our heads down and get through it.

One user even tweeted that Brexit was one thing, and the COVID-19 pandemic was another . . . but a Robbie Williams biopic??? The world should just end right here, right now.

sorry I will be at the front of the queue for that Robbie Williams film pic.twitter.com/WiDlKLkSjE

Some though, admitted that they would shamefully be sitting front row on opening night.

Just when you think we’ve reached the foulest depths of raw depravity to which humanity is capable of sinking, they announce a biopic of Robbie Williams. No wonder Keats died 200 years ago, he knew what was coming.

Ooh, this one’s just a little too harsh.

On my death bed, if someone whispers "that Robbie Williams biopic comes out on Friday", I will squeeze the carer's hand and whisper, "I'm ready to go".

There certainly are one too many death jokes in these Robbie Williams tweets.

I’ve done the last of my cocaine and am on a zoom call to Disney right now to pitch my new movie “Sharkface on Mars” starring Robbie Williams! pic.twitter.com/5EFoqzlDr1

They clearly did not think this was a good idea

There’s going to be a Robbie Williams biopic… pic.twitter.com/8JLJ6dLqhN

This is clearly how many people felt today just looking through the Twitter reactions.

If they don't call this Let Me Entertain You, the project has failed https://t.co/LRFIWWS2WE

“Let Me Entertain You”

Some just wanted to make sure the film had a good enough name, but apparently they couldn’t even get that.