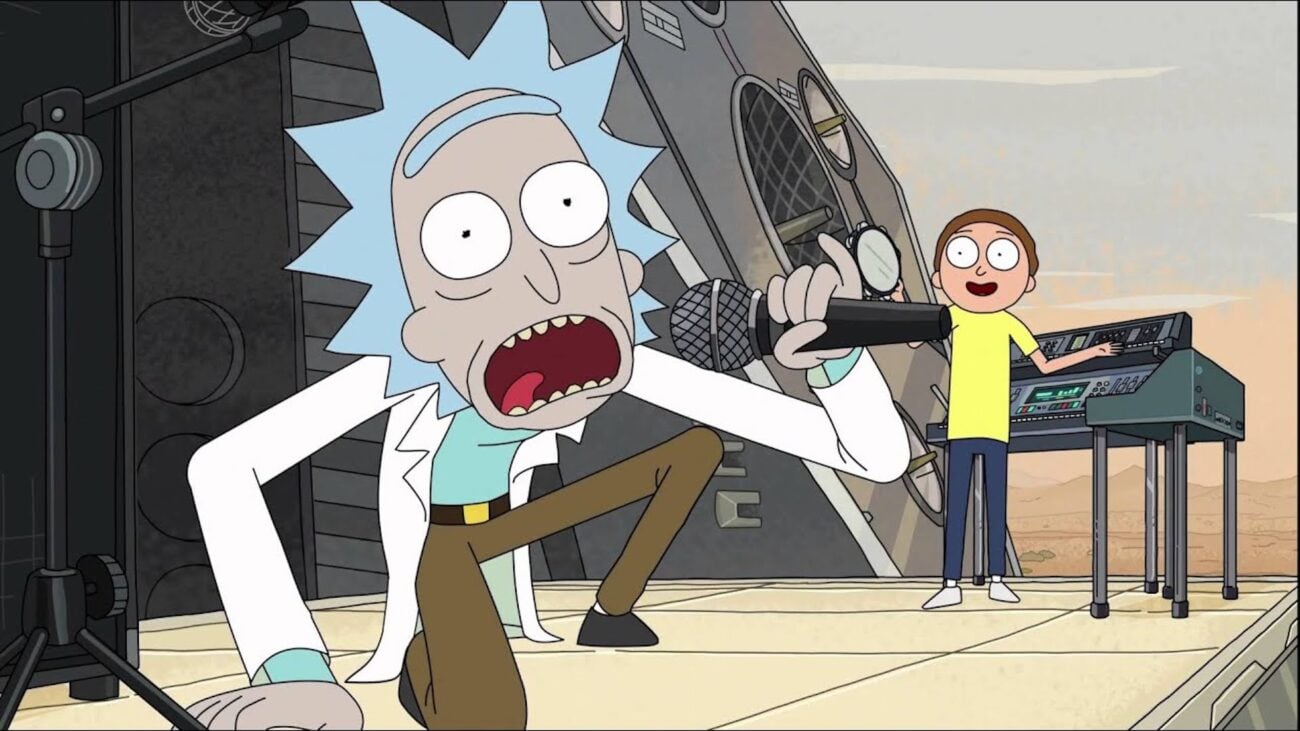 Rick and Morty is the incredibly popular animated Adult Swim show that requires an extremely high IQ to understand and enjoy. Hey, we don’t make the rules – we just follow them.  For those super geniuses like Rick who spend the whole day going on adventures to different far off galaxies and dimensions, you probably need a day to unwind. Why not laugh at some of the funniest Rick and Morty memes?

Hopefully, even Jerrys will be able to laugh at these funny memes as we patiently wait for Rick and Morty season 5. We might have a long time to wait as it could take 924 days, or two years and 194 days, from the final episode of season 4 before season 5 comes out. Which means season five won’t come out until Dec. 11th, 2022. Only 690 days left then.

However, co-creator Justin Roiland mentioned that Rick and Morty episodes will come out a lot faster now that they have a seventy episode order from Adult Swim. Though there is no release date for season five and no announced timeline of seasons, we’ll just stick by the math for now. Either way, hopefully, these schwifty Rick and Morty memes will help you get riggity riggity wrecked until then. Wubba Lubba Dub Dub! 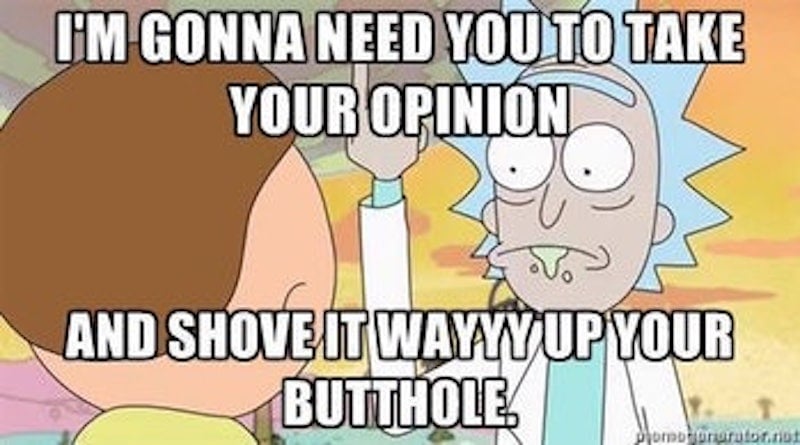 Your opinions mean nothing to us

Listen, if you don’t like Rick and Morty, then shove it way up there. But, honestly, it can apply to any opinion, especially politics. 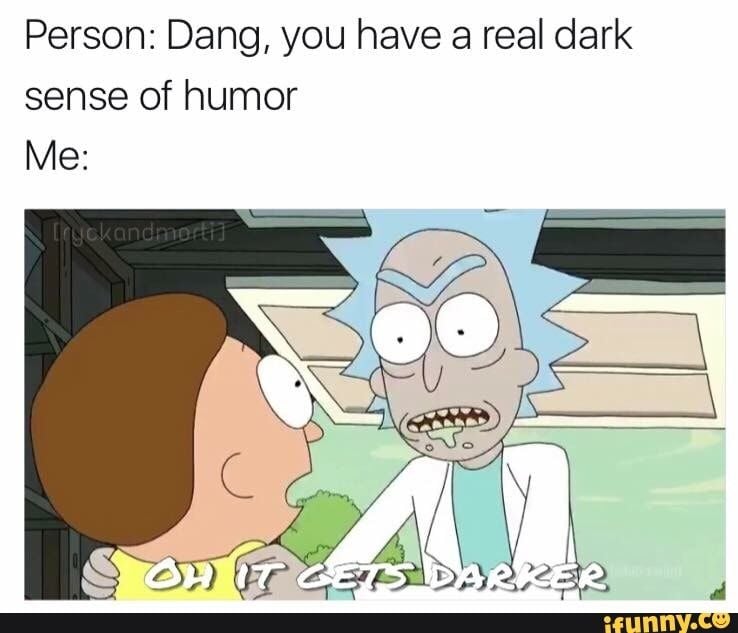 You don’t know what’s going on inside. Dark humor is hilarious, but we can go darker.  And there is some pretty dark offensive humor in Rick and Morty for us to thrive off of. 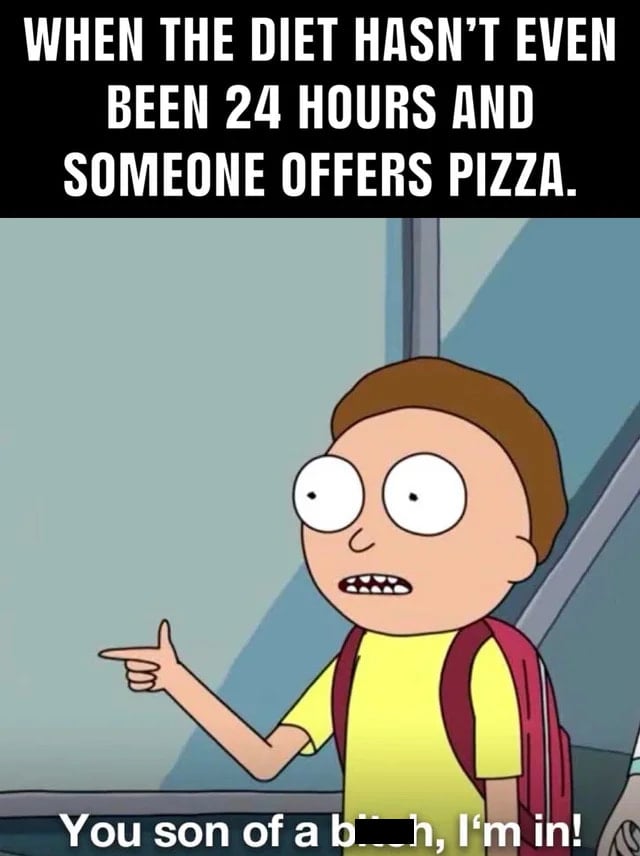 New year, new me, our we right. You might have taken up dieting as a new year’s resolution, but if you didn’t give up one day in, you’ve definitely given it up by now. Hopefully, you gave it up for your favorite pizza. 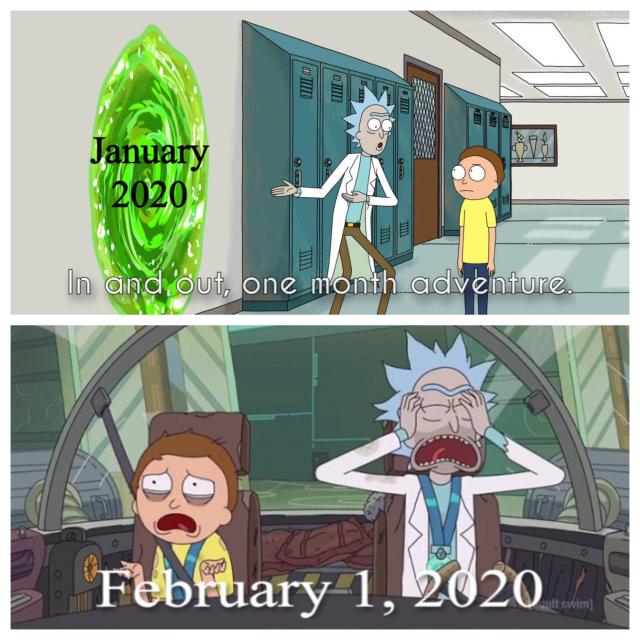 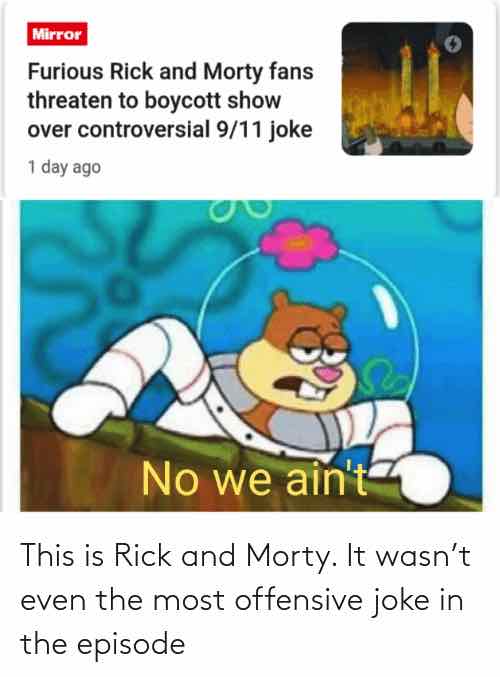 Not for the easily offended

If you can’t get past a joke about Rick and Morty not destroying a pair of towers like the 9/11 attacks, then Rick and Morty is definitely not for you. There are more offensive jokes in the season, hell the whole series. 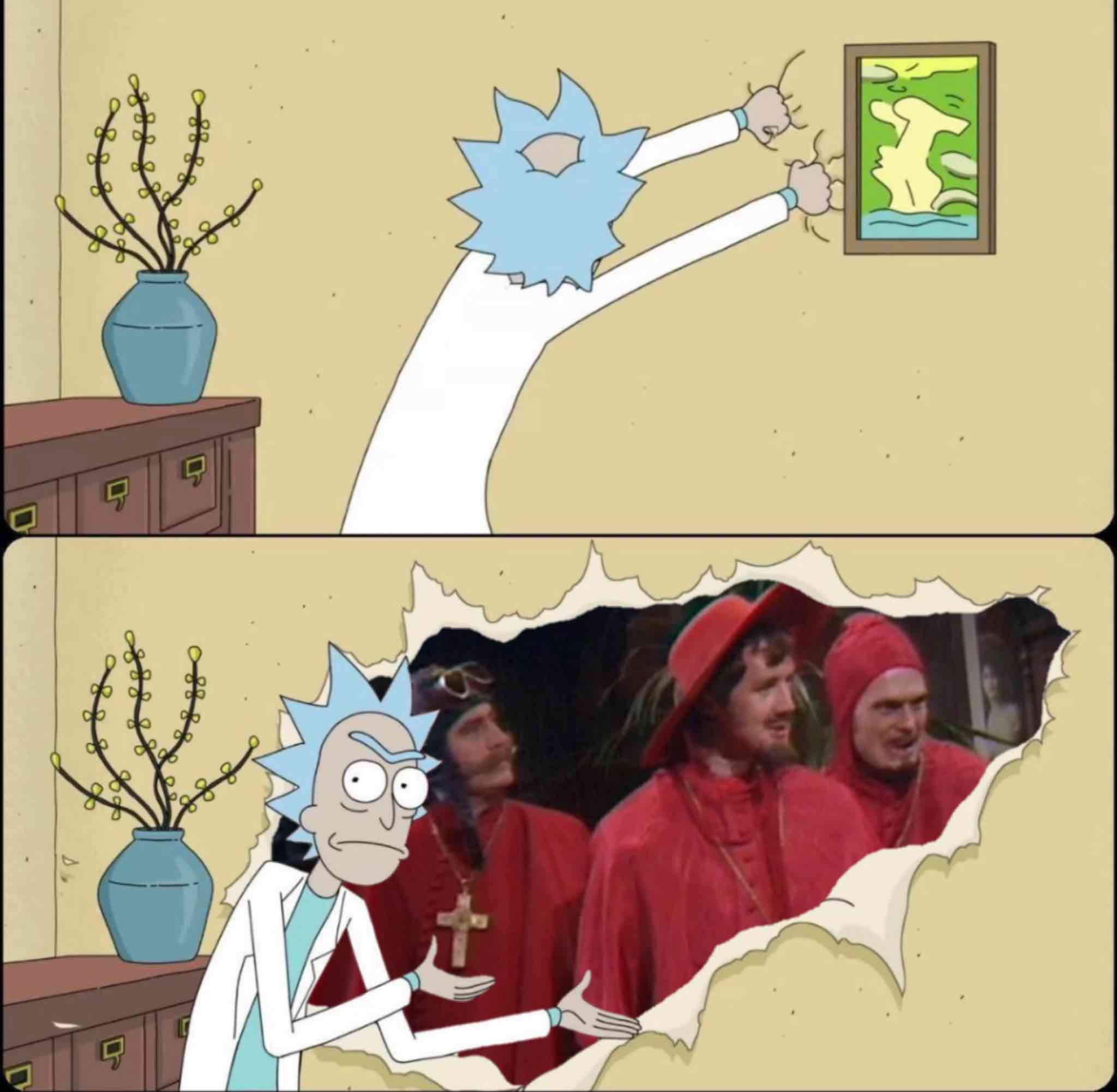 Nobody ever expects the Spanish inquisition

The rise and fall of this meme format is just as funny as the show. 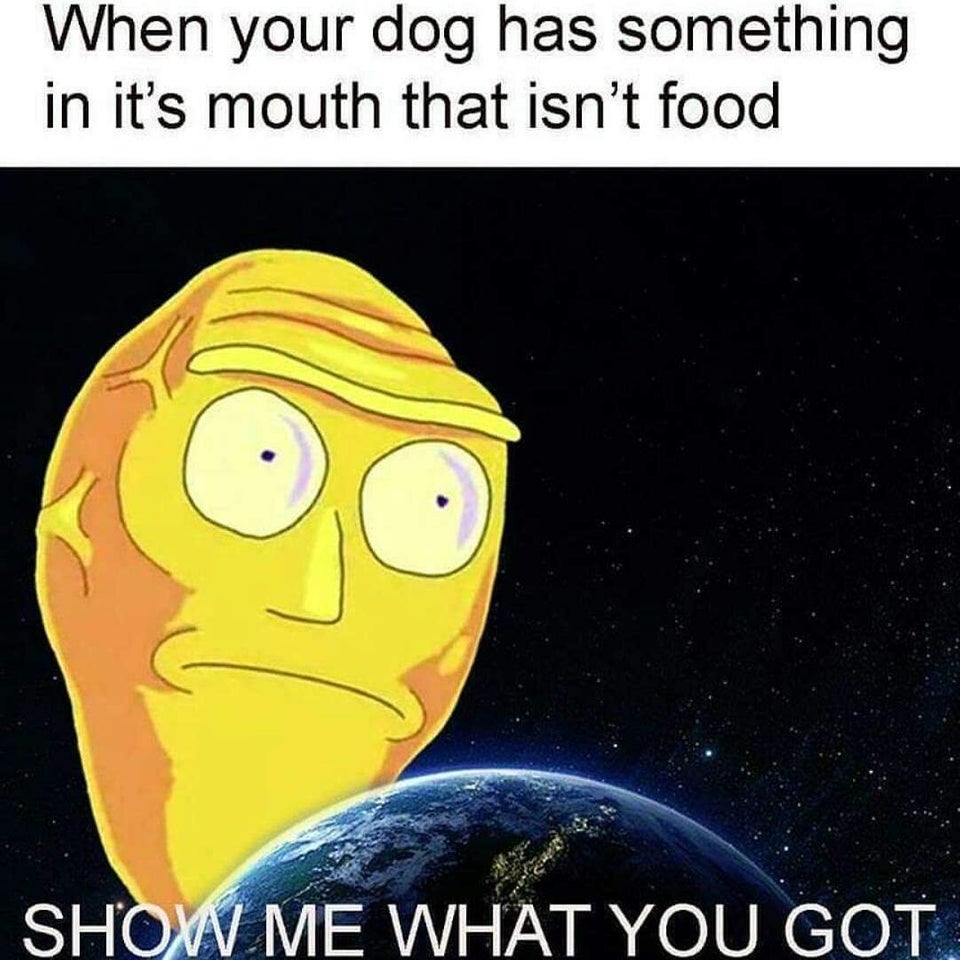 We’ve all done this

When owning a dog that keeps chasing around the house, getting him to spit out something in his mouth is inevitable. 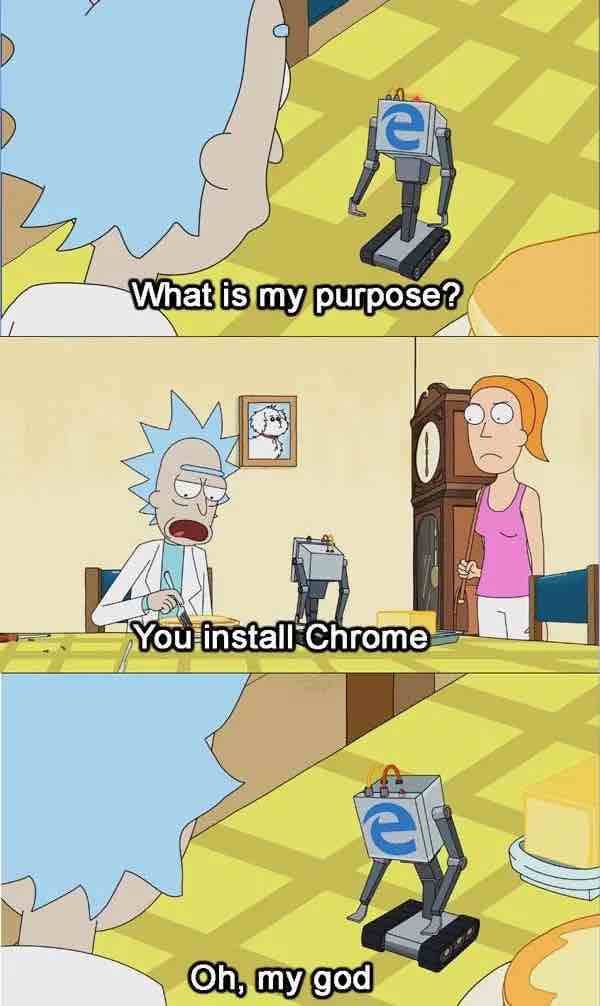 We mean, when is the last time you used Internet Explorer. It’s the worst internet browser and comes preloaded into every PC. 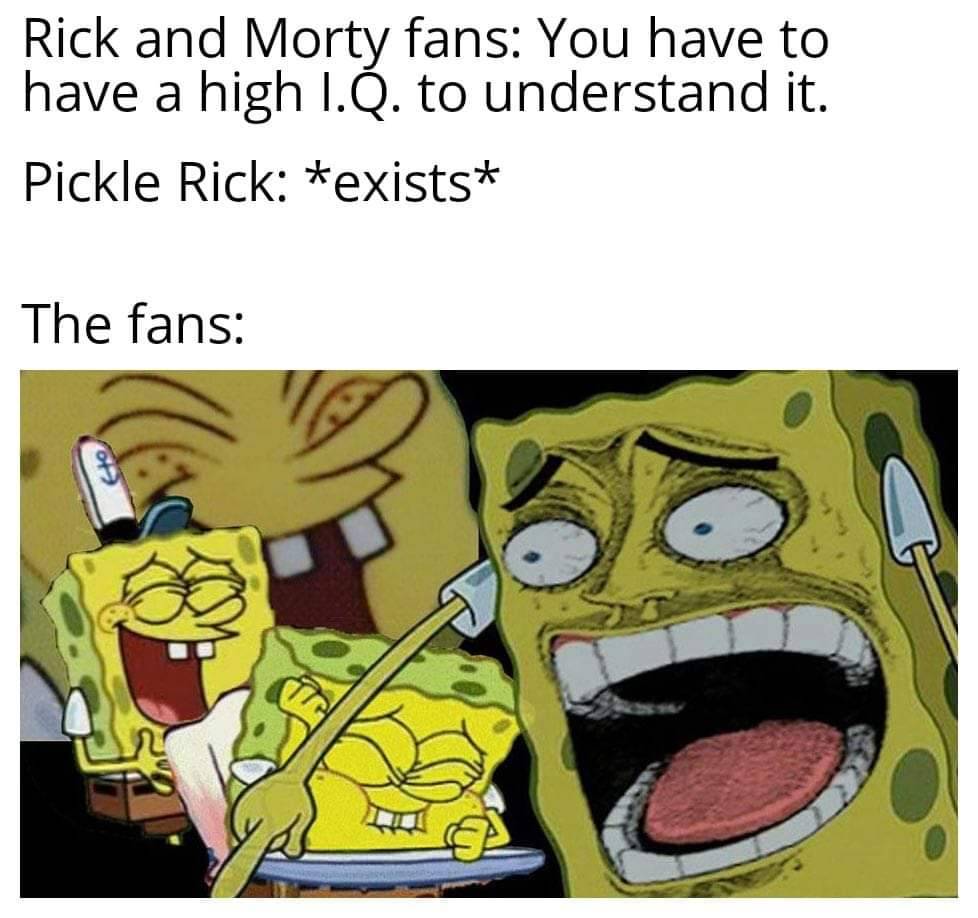 You need a high IQ

Listen, sometimes absurdist comedy isn’t for everyone because you need a high IQ to find it funny or understand it. There is more to Pickle Rick than turning himself into a pickle.

A self burn those are rare

Sometimes a self burn is worth the pain and ridicule later. Two steps forward, one step back, are we right. 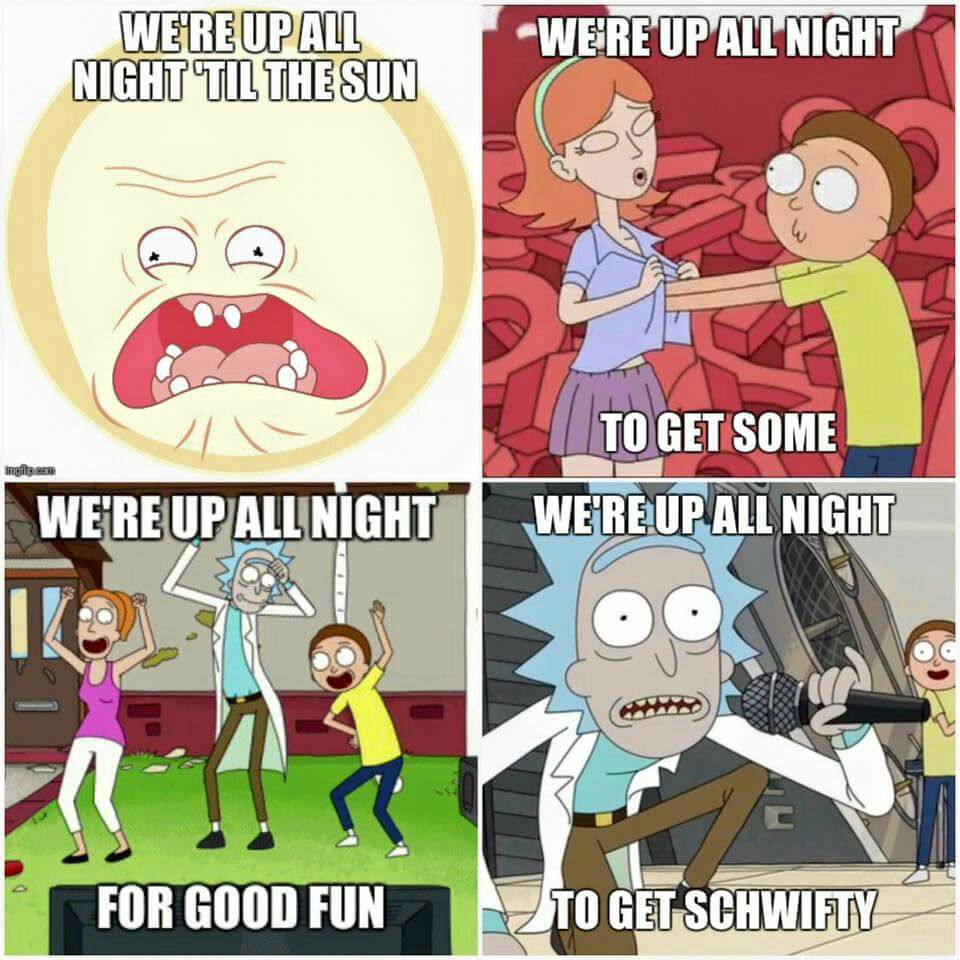 Up all night to get lucky

We’ve definitely been hearing that Daft Punk lyric wrong for years. So let’s get schwifty y’all.