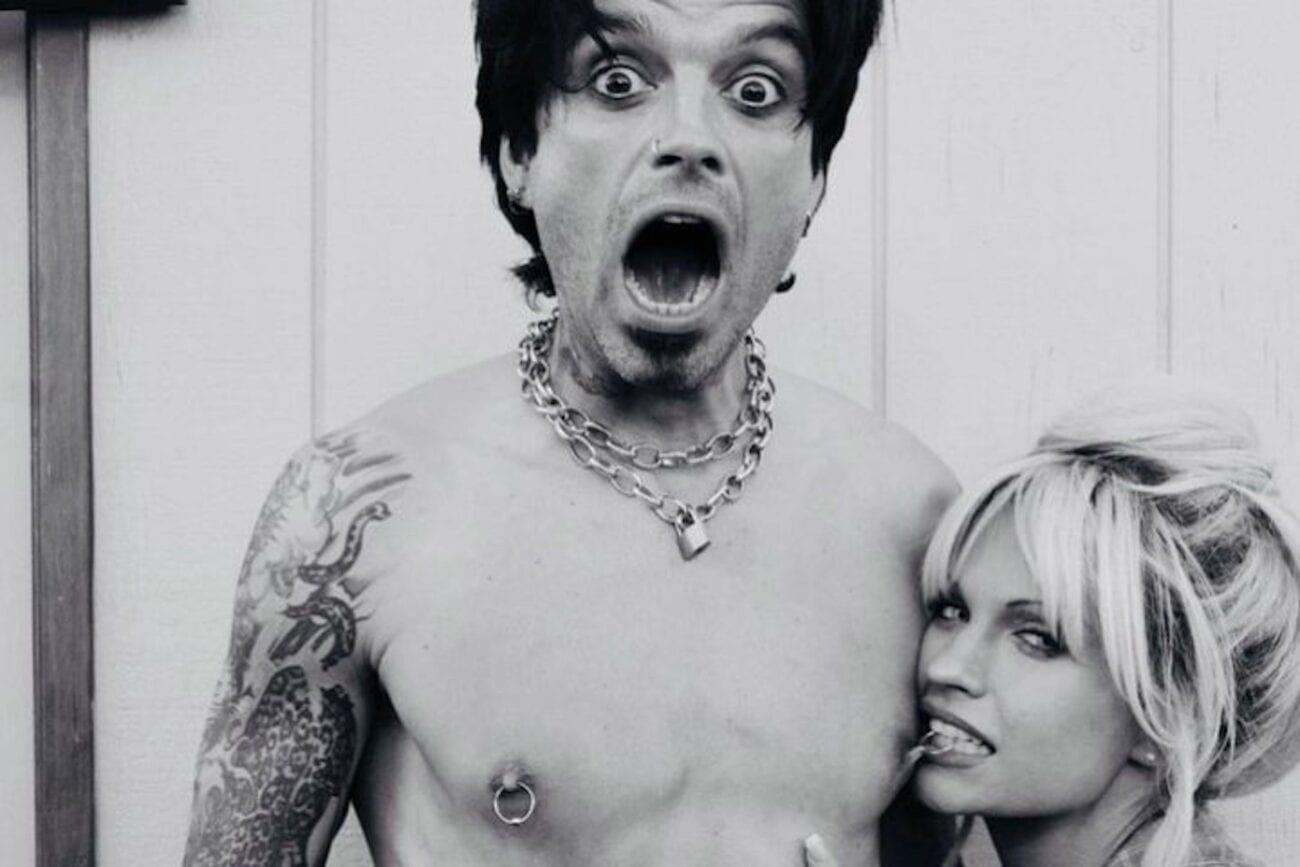 Sometimes, actors can utterly transform themselves for an acting role. A large part of that transformation, however, comes down to whatever witchcraft is happening with the people in charge of hair, make-up, and costuming. Have you ever seen Face-Off on Syfy? It’s practically sorcery, we say, sorcery! How else can we explain Sebastian Stan & Lily James’ transformation for Hulu’s Pam and Tommy?

The first photo for the series was released over the weekend. Oh boy. Consider our minds thoroughly blown. Sebastian Stan looks very nearly like Tommy Lee Jones, but it’s Lily James’ transformation into Pam Anderson that’s blowing our brains out of our skulls, you know? It’s wild how much she looks like her. But that’s the power of hair, make-up, and costuming, we suppose.

Pam and Tommy follows the couple in the aftermath of the leak of their notorious sex tape. Joining Stan and James are Nick Offerman, Taylor Schilling, and Andrew “Dice” Clay. Seth Rogen, who developed the series with Evan Goldberg, plays the guy who leaks the tape. Rob Siegel wrote the series, which was directed by Craig Gillespie (I, Tonya), who knows about transforming actors.

Let’s see Twitter’s reactions to the transformations, shall we?

I love how the 90s are back. Lily James’ Pam is spot on pic.twitter.com/eiz7co0qWl

She looks exactly like a young Pam Anderson. Stan’s Tommy Lee Jones is a bit off, but . . . seriously?!

Is this method acting?

Lily James is clearly some sort of high achiever.

I mean, give the makeup artist who turned Lily James into Pamela Anderson an Emmy already pic.twitter.com/cHqerqFTEC

There are no other nominees

This make-up artist has won. Go home. Competition is over. They. Won.

There are no differences

When they cast Lily James as Pam Anderson I was like “????” But now that I have seen the transformation I am like “🤯🤯🤯” basically I am very shook and v excited to see what Craig Gillespie is serving us with that 👀

Did you hear the exploding sounds over the weekend?

when i first saw lily james as pam anderson, i was absolutely shocked how good she looked and now i can't get that picture out of my head. i've been thinking about it for the last 3 days. help me.

This was all of us this weekend

Honey, we’re all in the same boat. There’s no saving any of us.

Bisexuals, pansexuals, lesbians, and maybe the straights are having a moment.

Hats off to the make-up and hair team that have managed to make Lily James look like Pam Anderson, wouldn't have thought it could work so well until I saw these👏👏#PamandTommy @hulu pic.twitter.com/E69MsTScao

Who is on the hair & make-up teams and why aren’t they doing everything?!

how it started how it's going pic.twitter.com/2yqIdz6mpt

Talk about disappearing into a role

These are still, both, Lily James.