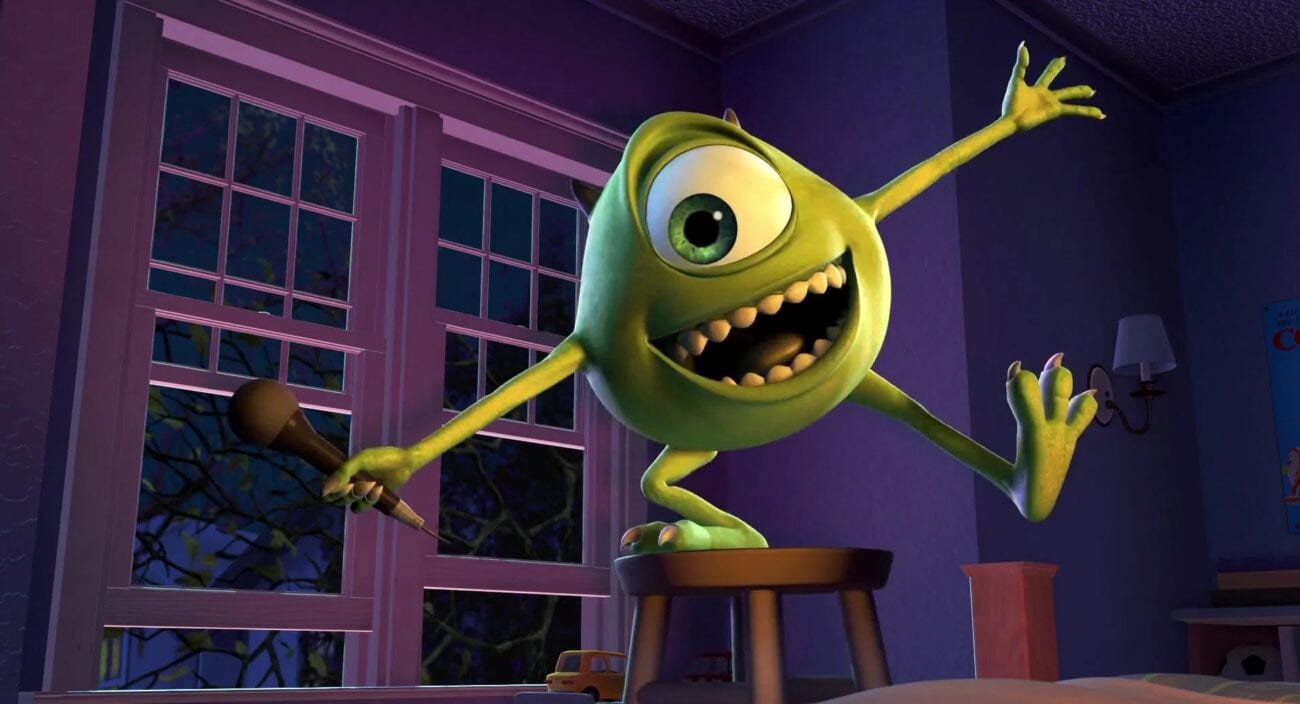 Monsters Inc. came into the world in 2001, ushering in a new era of beloved characters from the folks at Pixar. Monsters Inc. brought us a slew of monstrous pals we fell in love with, all voiced by a stellar cast. We loved John Goodman’s Sulley & Jennifer Tilly’s Celia Mae, but Billy Crystal’s Mike Wazowski was hard to beat.

Mike Wazowski was not only beloved in 2001’s Monsters Inc. & 2013’s Monsters University, but also the one-eyed green ball of laughs has been reinvented in the meme world.

One of the biggest Monsters Inc. memes going around Twitter is the singing Wazowski meme. Here’s one that reminds us of when we thought related to Madonna’s classic jam.

Biggie: Birthdays was the worse days

We have another singing Wazowski here in the same vein; even if they could correctly hear his words, no four-year-old had any idea what Biggie was rapping about.

“All that glitter is gold..”

Me 10 minutes ago: “..only shooting stars break the moouuooollddd..”#mikewazowski #meme pic.twitter.com/H2rQSrT7Ng

With the hurricane of Shrek memes that’s perpetually swirling around the web, where would the singing Wazowski meme be without an “All-Star” version? The Shrek memes simply don’t stop comin’.

The Sully Wazowski face-swap is terrifying, but it’s also one of the best Monsters Inc. memes out there. Here’s one that perfectly captures our reaction to a flight delay.

Expecting a package that seems to never arrive? We’ve all been there. Sometimes we all feel like Sully Wazowski when the delivery man continues on his way.

The Monsters Inc. memes showing Wazowski explain something to a seemingly uninterested Sully & Roz put out some of the best Wazowski content. Here’s one that presents an controversial yet eco-friendly bathroom technique.

When your best friend is with their partner and your 3rd wheeling, but you act cool w/ it #relatable #thirdwheel #meme #MONSTERSINC pic.twitter.com/NAWdFyjT9t

Speaking of dating, anyone who’s been third wheel on a date will relate to this meme; sometimes we all feel like a snake in Celia Mae’s hair.

Wazowski-focused, or just from the realm of the Monsters universe, these Monsters Inc. memes bring us some of the best & weirdest memes out there. Monsters Inc. may be more fun than scary, but the Sully Wazowski face swap is sure to keep us up at night.