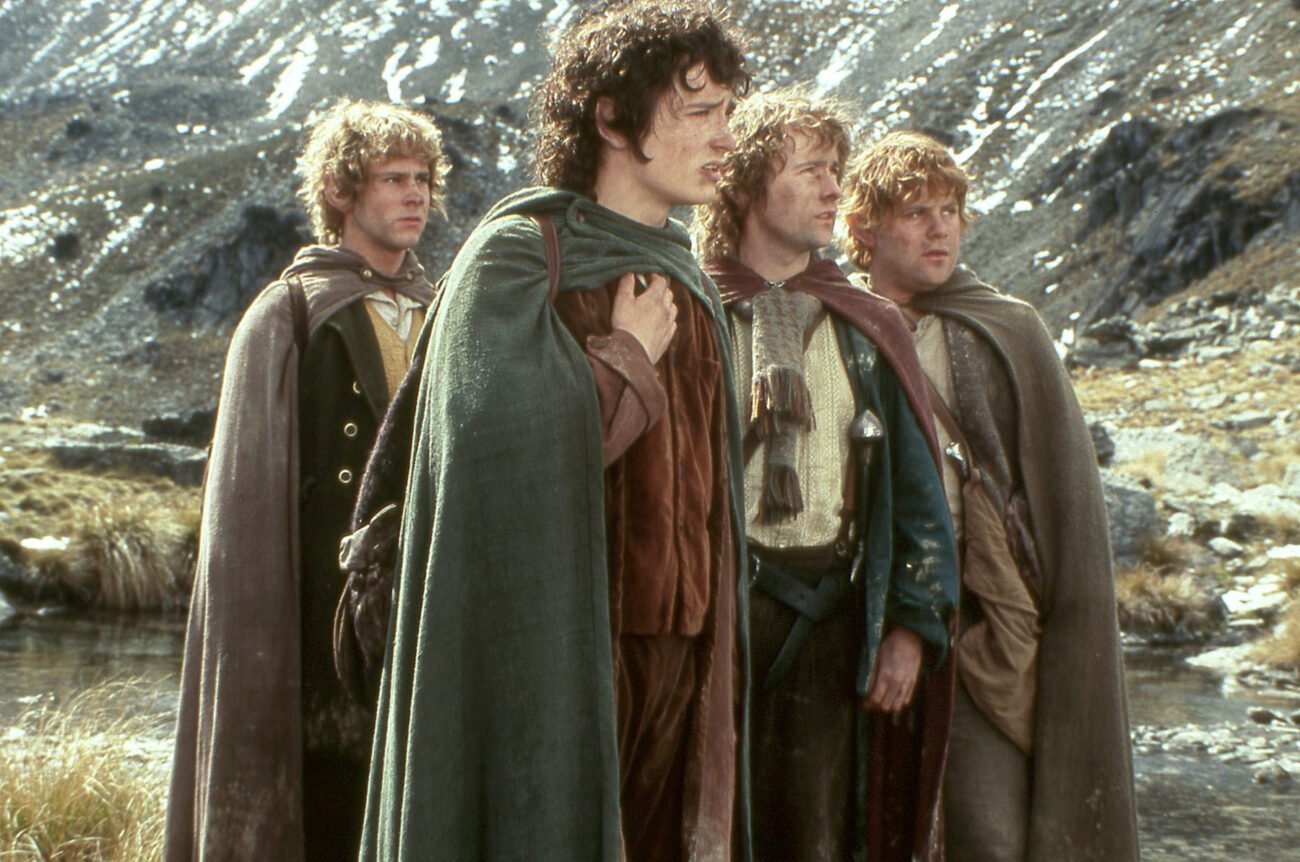 ‘Lord of the Rings’ turns 20: Celebrate with the best memes

Do you feel old yet? If not, we’re here to help: Lord of the Rings, Peter Jackson’s mammoth adaptation of JRR Tolkein’s epic fantasy trilogy, turns twenty at the end of this year. The Lord of the Rings: The Fellowship of the Ring was released in theaters in December 2001, marking the first time audiences would pack theaters to see hobbits, wizards, and elves on the silver screen.

However, it wouldn’t be the last. Fellowship and Harry Potter and the Sorcerer’s Stone, released in theaters the month before, would launch a fantasy craze in Hollywood, launching us into the age of the franchise film and spawning several great (and completely horrible) epic fantasy blockbusters throughout the 2000s.

We’re sorry, not sorry – we have to start with this. The viral video that launched 1,000 Lord of the Rings memes. So this technically isn’t a meme, as in an image widely shared on social media, but if you were in the know in the mid-2000s, you still can’t get this song out of your head! It was shared so much on AOL & MySpace (remember them?), it’s earned honorary meme status in our book. 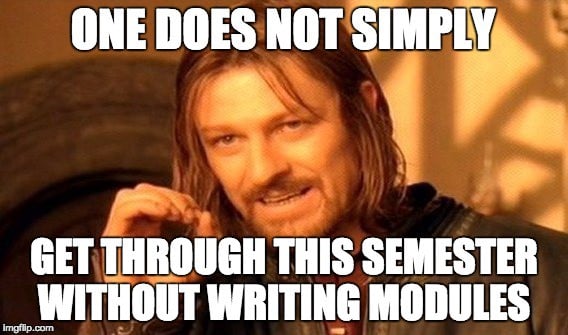 Get through the semester without a thing. 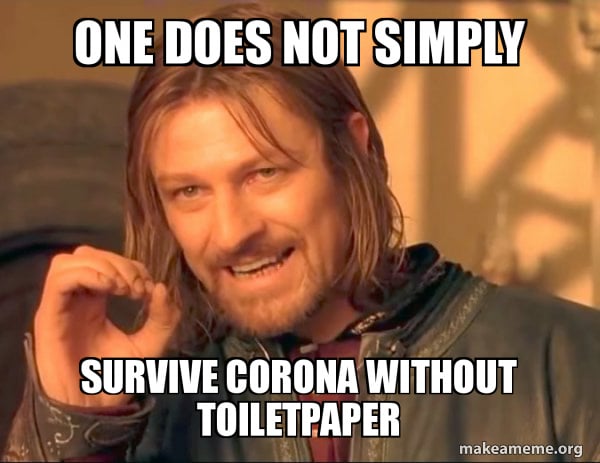 Rehash this meme with crossovers

Rehash this meme with meta-commentary 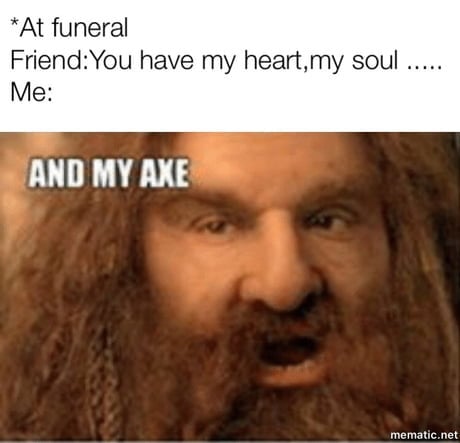 Are you a real Lord of the Rings geek if you don’t finish your friends’ statements about what you have with “and my axe”? 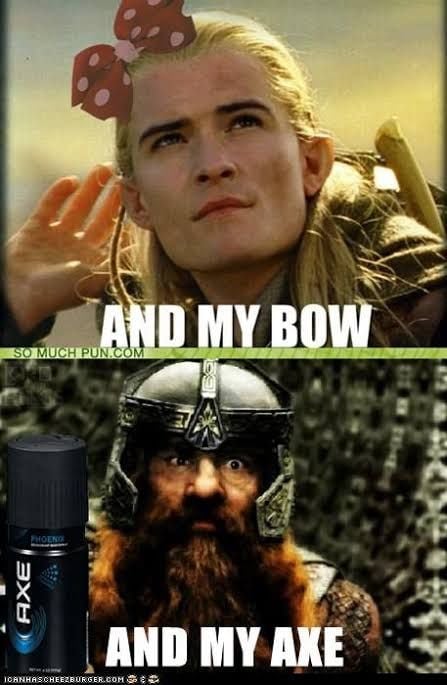 And my axe remix 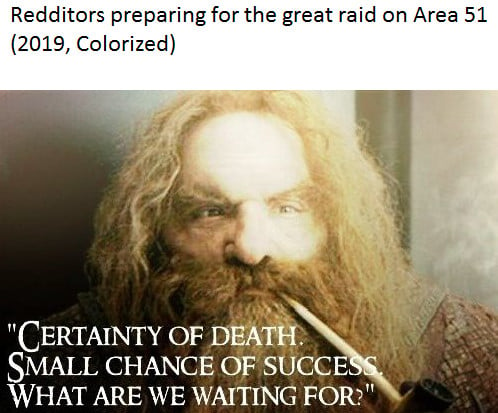 Of course, this line gets used when we’re busting into a secret government facility to prove aliens exist! 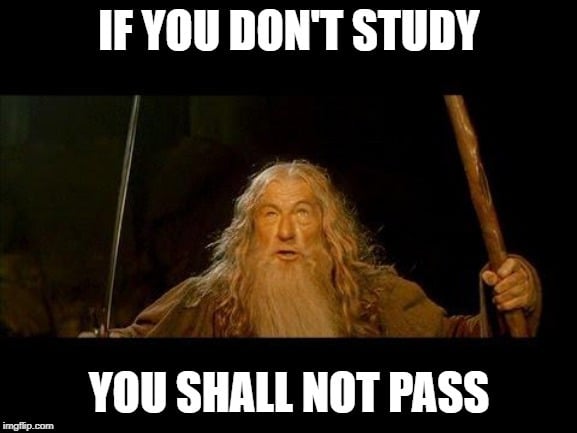 Gandalf is there to remind us what happens if we don’t study. 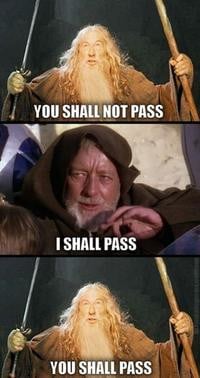 The power of the Jedi mind trick 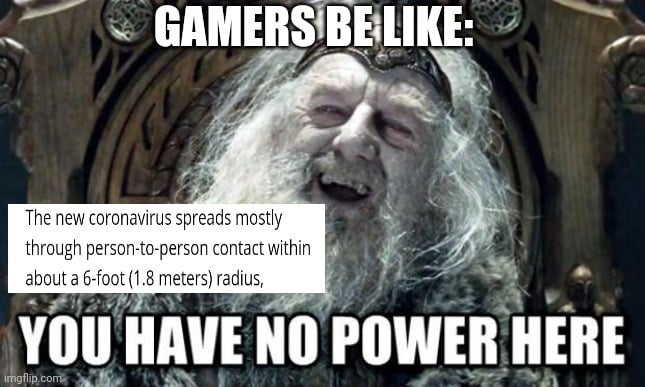 You have no power here! 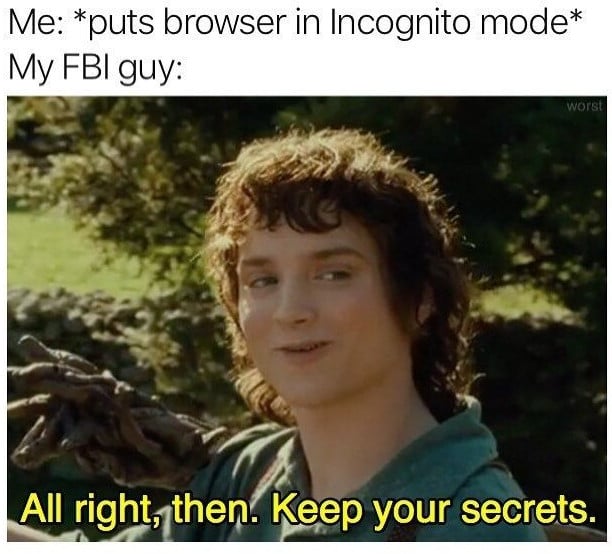 We know what’s up

We don’t even need to post the texts or let you know if we’re being sincere or sarcastic! 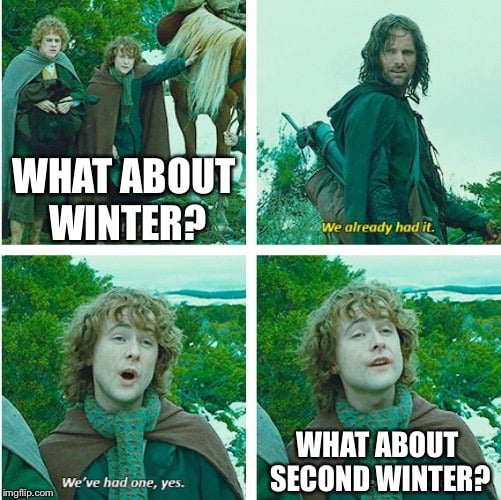 What about second X?

Everyone in the Midwest is groaning. Yes, we know the second winter is a thing! And third winter, and fourth winter . . . then construction. Ope! 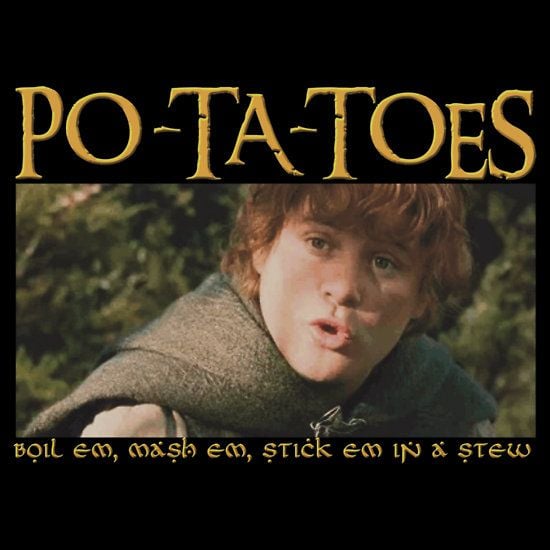 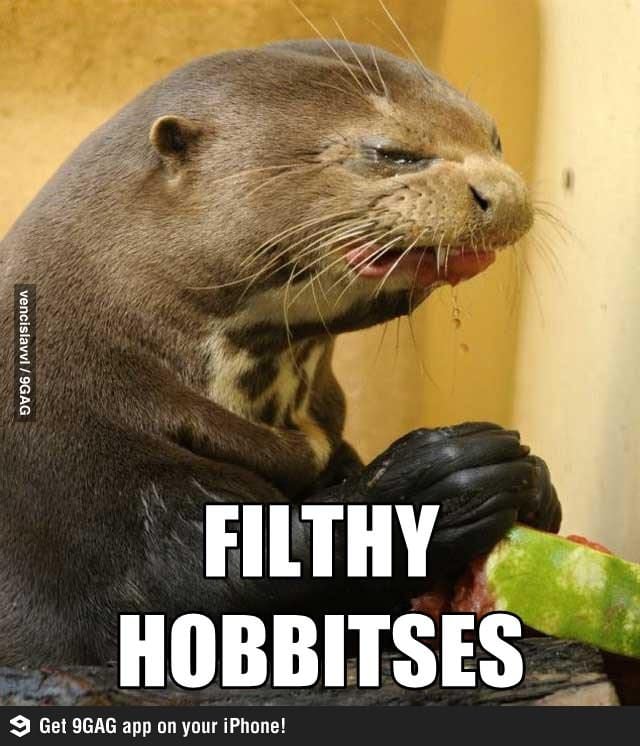 When a cute otter ends up looking like Gollum.

Share via:
Tags
J.R.R. TolkeinjokesLord of the RingsmemesPeter Jackson
Author