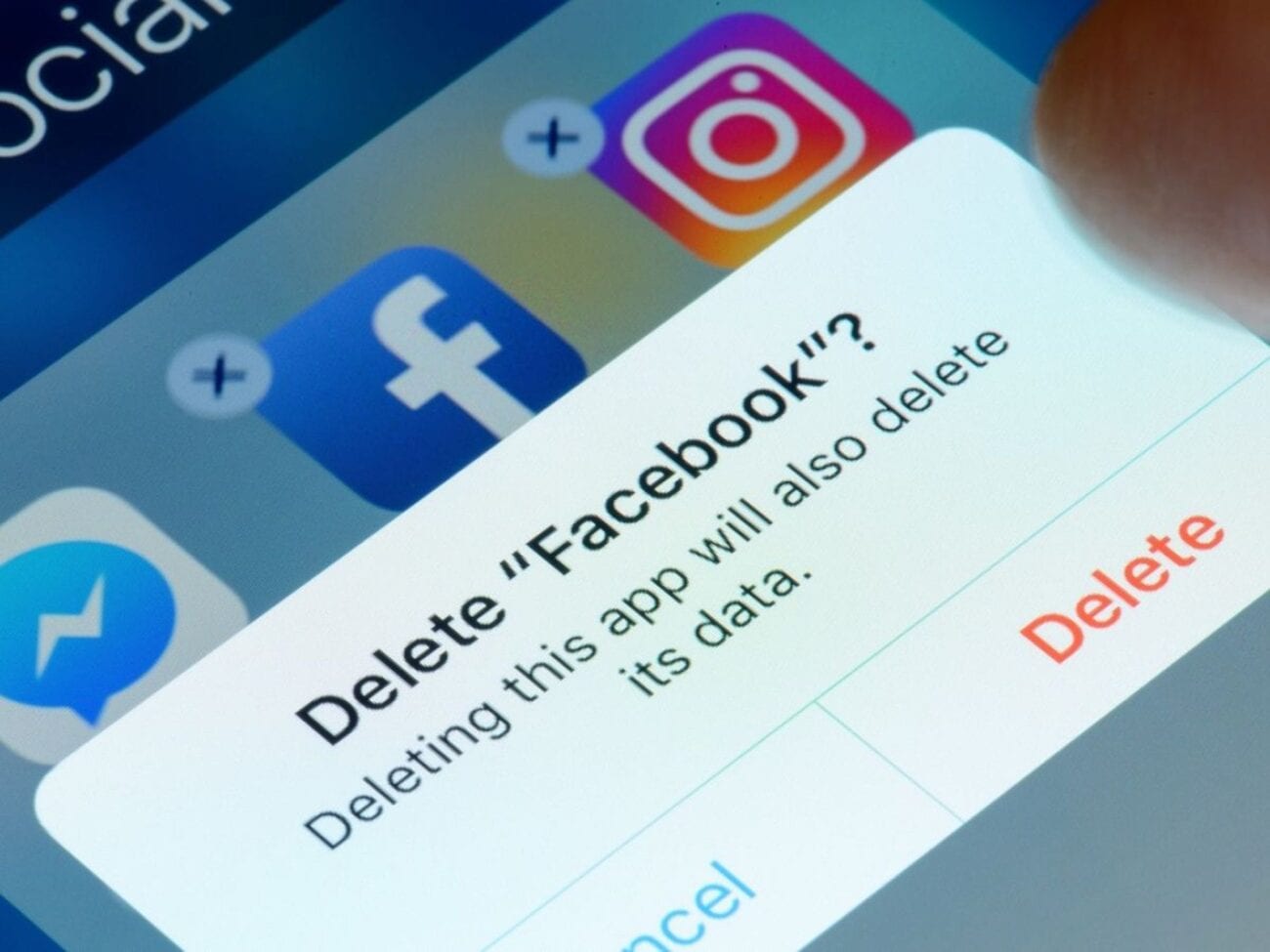 Why can’t we delete our pages? Join the #DeleteFacebook campaign

Some people are having more & more issues with all their social media. It’s why you hear people deleting their Facebook pages or Twitter accounts all the time. To many, it’s just taking off the shackles of the technology that leaves us changed to The Man, you know? But while nothing lasts forever, the Internet sure loves to give it a try. But, well, even your Facebook pages can be reactivated after deletion.

So that means that Facebook is holding your data, even when you’re done with it. Which is, okay, mildly terrifying. But so is half of the stuff online these days. It’s all one big terror sauce and we’re the meat that it’s drowning in. Luckily, however, there’s the #DeleteFacebook hashtag on Twitter for any necessary frustrations to vent out and things to share. (Or get super political because of Trump for some reason. Ugh.)

Here’s what they have to say.

We all are having friends in #Facebook but do we have a friend in real life ? This world is more beautiful without Facebook. So guys let's show that we still have humanity. #DeleteFacebook pic.twitter.com/EloIoqKvtD

To be fair, humans have been finding stuff to distract themselves with for millennia before the phone. The sentiment is nice though.

We all grew digitally so fast that we forgot humanity. #DeleteFacebook pic.twitter.com/iSvfjEyU8g

It does seem that in our digital age that we’ve forgotten things like empathy.

It’s because we like to make you sweat, Mark Zuckerberg.

I saw #DeleteFacebook is trending and I’m totally fine with that as long as we bring back MySpace.

Wasn’t Tom a pedo? Or was that just a rumor?

I would #DeleteFacebook but I have to remind everyone from school I became successful pic.twitter.com/1knNnCzFtX

If you listen closely, you can hear millions of conservatives deleting their facebook accounts in the distance. #DeleteFacebook

Can you hear it?

You can hear it across the land.

Friendly reminder of what Zuckerberg really thinks about you and your data. #DeleteFacebook pic.twitter.com/tPbzlrfv2O

Despite all the politicizing, reminder that Zuckerberg is a creep.

I “unfriended” Facebook 4+ years ago. They don’t make it easy, BTW! Here’s how to do it properly, allowing you to fetch all your data and photos.👇🏼
Warning: PATIENCE REQUIRED. It took my computer a good 12-14 hours to complete the process. #DeleteFacebook https://t.co/sMlxngQEWo

Do you want it gone? REALLY?

Finally if you really, really want to delete the page. We have a guide for you to cut the Facebook cord forever.