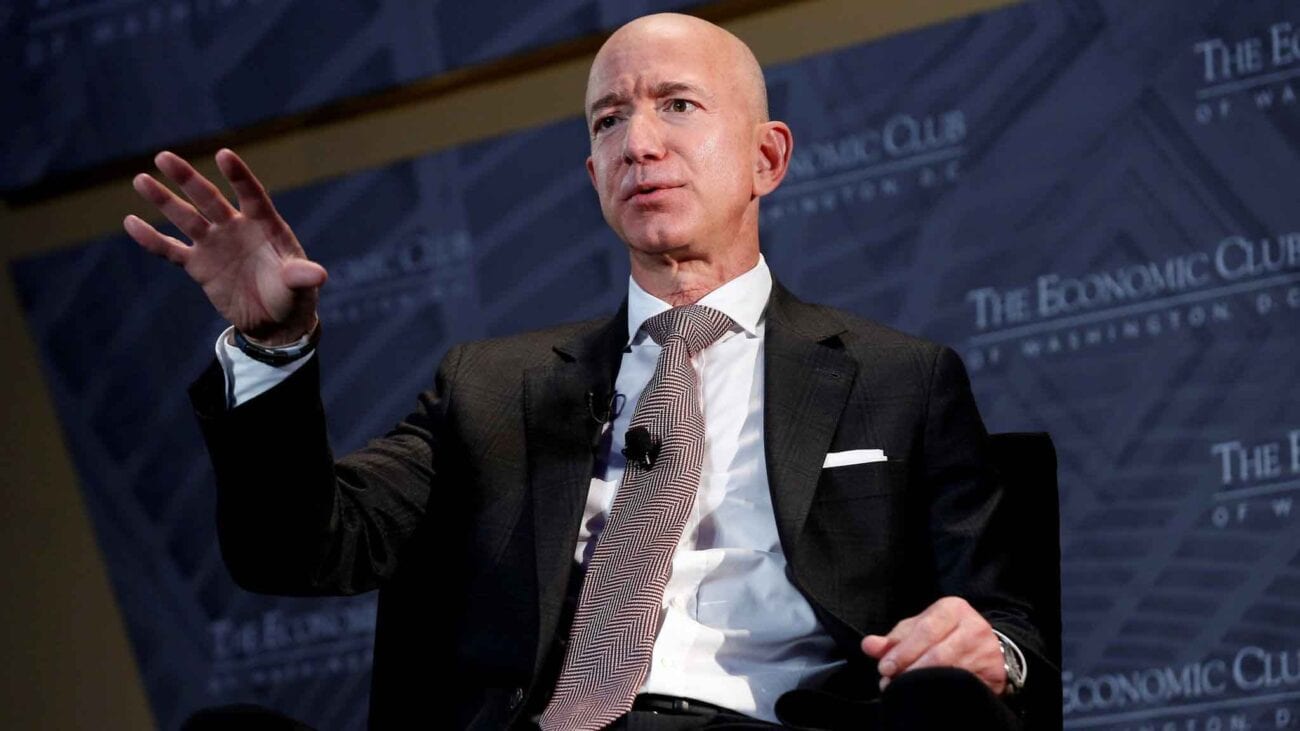 Jeff Bezos is stepping down from Amazon: The best memes

Jeff Bezos – it’s hard not to know who he is. He was once the richest man in the world (now he’s the second richest behind Elon Musk) and he’s the CEO of Amazon, the company that delivers almost anything next day, the company that created the voice-activated smart home device Alexa, and much more.

Today, Jeff Bezos announced he would be stepping down from his position as CEO of Amazon. Considering how much money he makes from being top-dog at Amazon, many people were surprised. Others immediately started cracking jokes.

We here at Film Daily love a good meme, so we immediately started to look for the best memes Twitter had to offer regarding Jeff Bezos’s apparent retirement from Amazon.

A lot of people have pointed out that Jeff Bezos looks rather similar to Lex Luthor, and his position at the head of a massive tech company really doesn’t help matters.

Plus, when the linked video was first released a lot of people couldn’t help but feel like Bezos’s laugh has a definite super villain quality to it. Not only was a Lex Luthor joke inevitable, Twitter was absolutely overflowing with them.

Jeff Bezos to Become First Amazon Worker To Get A Break: https://t.co/BWv2OELMS5 pic.twitter.com/EaFr1TdzYC

Amazon is notorious for working its employees relentlessly, so we snickered at this joke.

Jeff Bezos stepping down as Amazon CEO so he can spend more time with his 180 billion loved ones https://t.co/9Xd2LhAgVV pic.twitter.com/M6isi4TRut

More time with loved ones

Often, when we see big names stepping back from the projects or companies they’re known for, they feed the media the line of “wanting to spend more time with loved ones”.

Bezos didn’t say that, but maybe that’s because his loved ones are all of his dollar bills.

me applying for Jeff Bezos’ role as CEO after cussing him out all year pic.twitter.com/nuiOTswRFR

Bezos isn’t the most loved guy in the world, but you’d be lying if you said you wouldn’t take his job (and the pay) in a heartbeat if you could.

Amazon packages have a bit of a tendency to come in boxes three times the necessary size – it seems only natural & right that Jeff Bezos would deliver his resignation in the same fashion.

$AMZN I Hats Off to Jeff Bezos for making Amazon from an idea to a reality! A 27 years long journey! Incredible & an inspiration! @amazon

Amazon Prime – the subscription service that gets you next day delivery and access to a streaming service that usually still wants to charge you for each individual movie.

A reminder of Jeff Bezos’ net worth pic.twitter.com/aYh3eIDCVY

His earnings in perspective

Jeff Bezos is incredibly rich, everyone understands this. But fathoming how rich is hard to grasp. This little TikTok video explains it and makes it clear that he doesn’t need to remain on the Amazon board, he wants to.

After losing my Amazon package in the mail last month, CEO Jeff Bezos has decided to step down from his position at Amazon.

The little things can make or break a company, apparently Bezos understands this deeply. 😂

Chrome extension that replaces all pictures of Jeff bezos.PNG with lex luthor from Superman_Returns.PNG pic.twitter.com/FN2RAKT8Qi

We promised ourselves that we’d only include one Lex Luthor joke because it would get old quickly, but we legitimately didn’t realize these weren’t all pictures of Bezos.

Two of those images are of Kevin Spacey in Superman Returns, and no we won’t tell you which ones.

why is this how I learned that Jeff Bezos resigned pic.twitter.com/bYDBXE09e3

Memes giving you the news

These days it isn’t unusual to learn about breaking news from a meme, but boy does it give you mental whiplash every time.