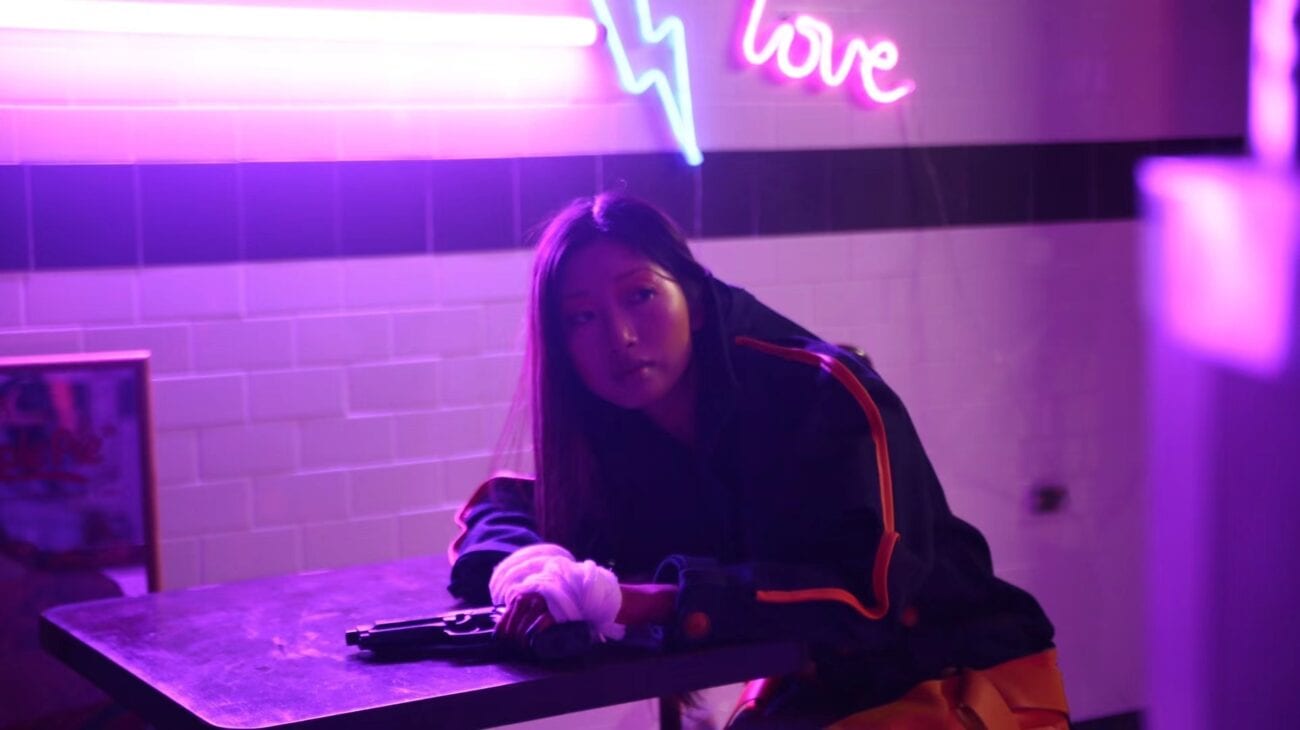 Just like filmmaking itself, fashionistas are always looking for ways to combine mediums to make a statement with new looks. More and more, you’ll see major fashion houses drop short films to promote their seasonal collections, as to give clients the full picture for what inspired their designs.

While Ziwei Li, who goes by Betty, is not a fashion designer herself, she is a filmmaker with an eye for creative lighting, sets, and shots. Meanwhile, designer Shana Shen knew she wanted to show off her latest designs in a fashion film so people can see the full inspiration for the collection. As the two both graduated from the Academy of Art University, it was a match made in heaven.

Born from both of their ideas is the fashion short film Wounded Girl. Directed by Betty featuring designs from Shen, the film focuses on a wounded woman who uses her mind to heal her injuries. By combining their unique visions, Wounded Girl becomes a strange fantasy that makes Shen’s designs feel even more magical than they already are. 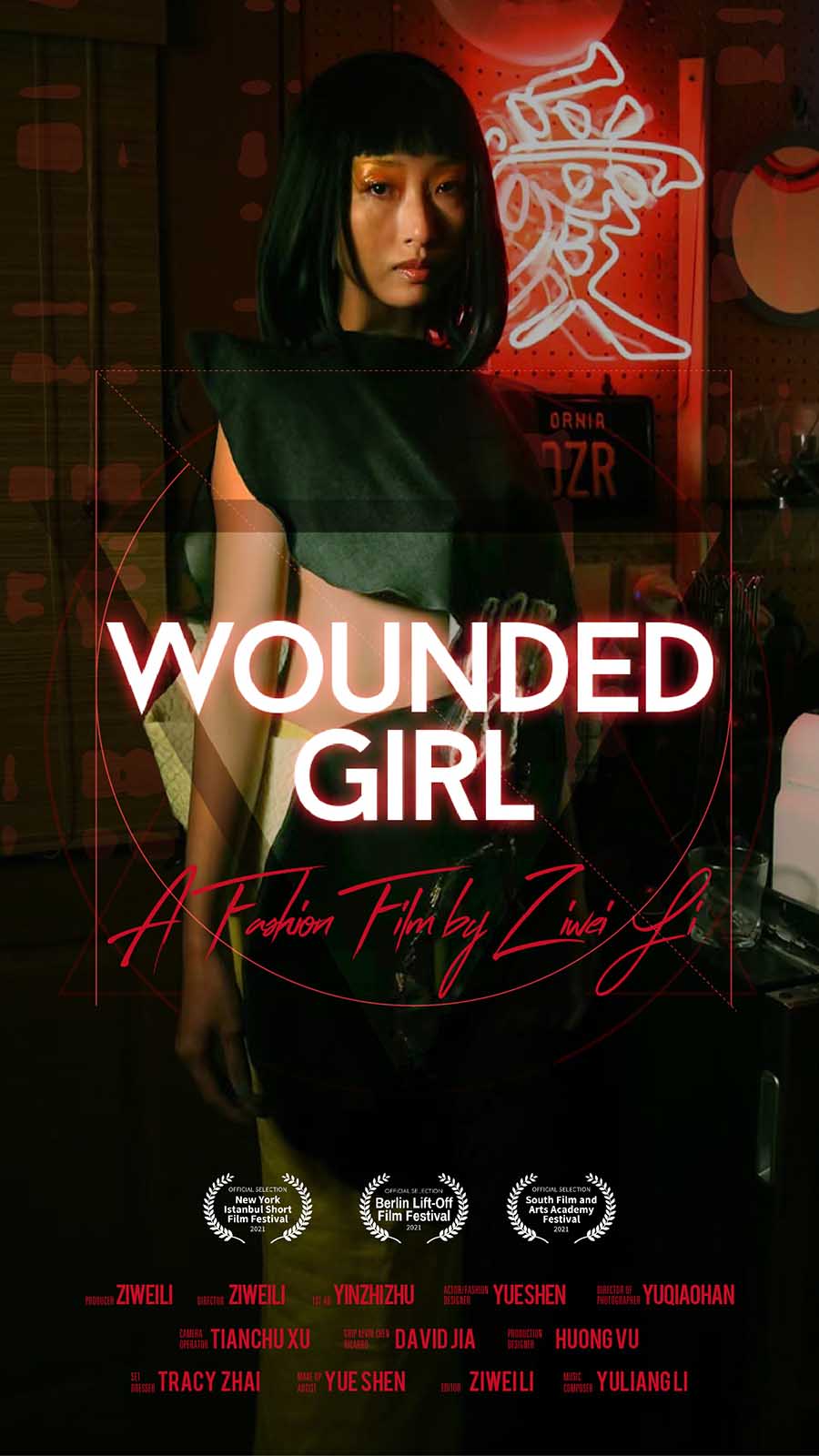 The power of healing

The protagonist of Wounded Girl seems like a lost cause. Breaking into a Chinese restaurant after hours, it’s clear she is hurting after getting in a fight. But the minute she dozes off, she’s healed, and ready to keep on being a bad bitch. However, the moment she wakes up she’s healed in the real world too.

Whether it’s the magical power of her fashion, or if it’s just all in her dream, that’s for you to decide. But the contrast between the dark and gloomy atmosphere of the Chinese restaurant vs the more bright and colorful dream sequence will definitely leave you mesmerized with every viewing of Wounded Girl. 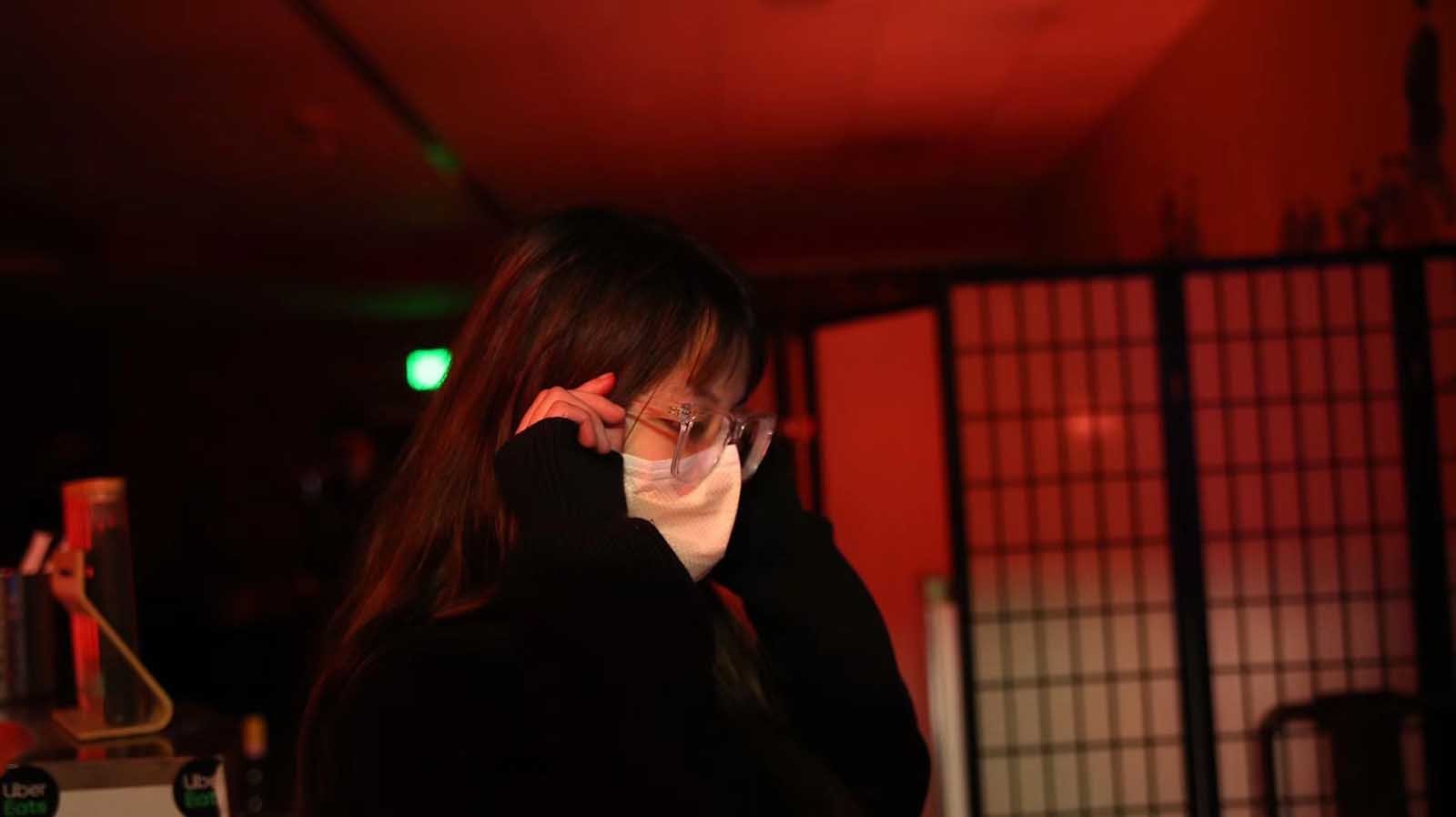 Showing off the lewks

While Wounded Girl still is a short film at heart, it’s main purpose isn’t so much the story at hand but the lewks of our protagonist. Shana Shen modeled her own designs, to give them the full attention she felt they deserved. Then again, that’s exactly what motivated Betty to collaborate with Shen on Wounded Girl.

When Shana Shen approached Betty about directing a fashion film, she gave very basic descriptions of the three designs featured. As Betty said herself, “One has a dreamy blue gel on it, one has a scar-shaped design on the belly, and one of them looks tough and strong.”

From there, Betty worked to develop the story of a wounded woman who, through her struggle, managed to overcome her pain and heal nevertheless. Thus, Wounded Girl was born. As the film came together, it was clear to both Betty and Shen that having Shen model her own designs was the only way to go. Since she was proud enough to make a film based around them, it’s only right she also modelled them. 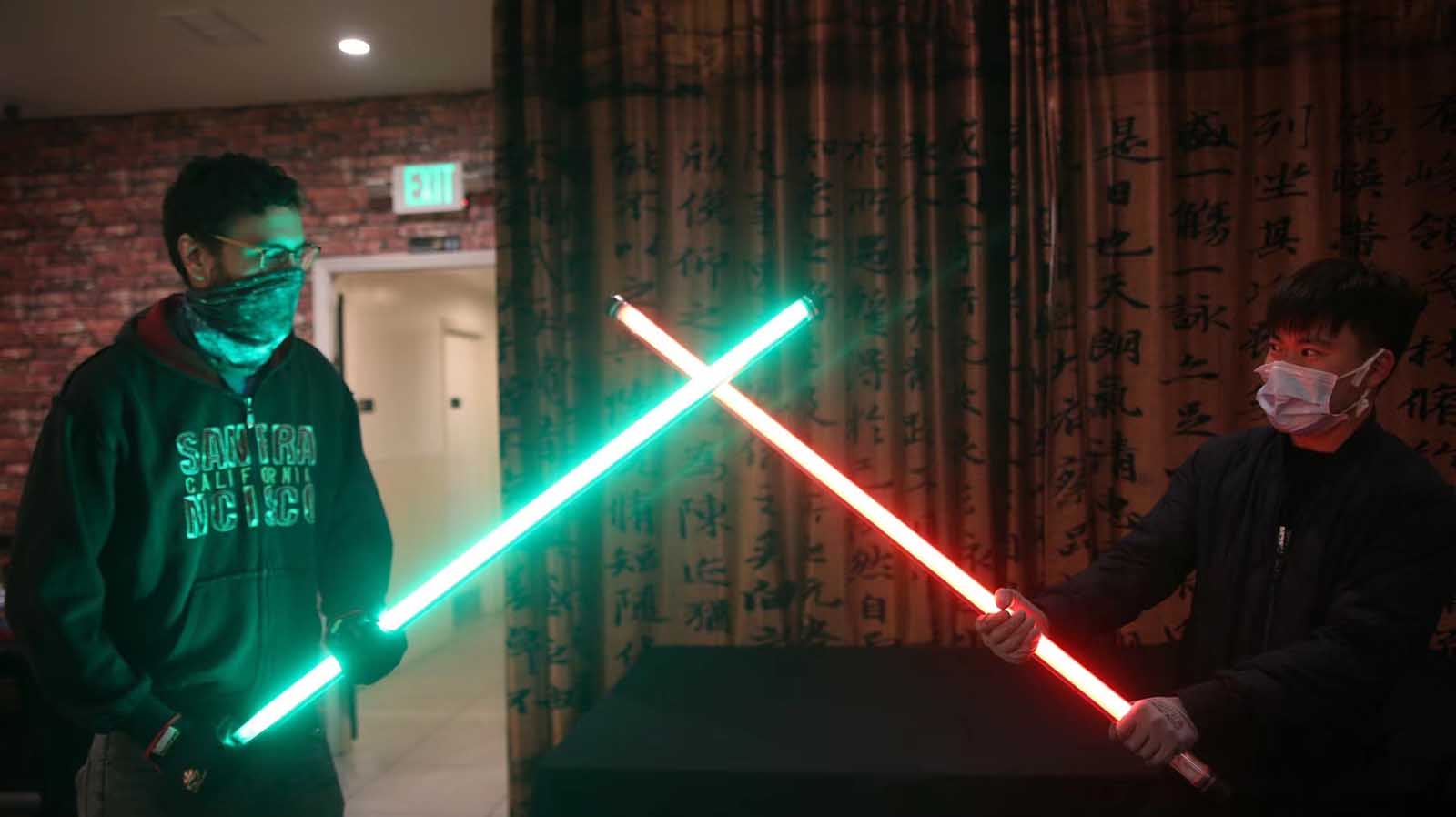 Betty openly admits she is inspired by cyberpunk designs when thinking about her films. Even with Wounded Girl, you can see that influence in the neon lights, the sharp yet bright colors, and high contrast lighting.

But that’s far from her only inspiration. Since the main location for the film is a Chinese restaurant, Betty wanted the rest of the film to tie back to the main set to connect the dream sequence with the real life moments. Throughout the short film you can see Chinese symbols in the background, to help keep the shots cohesive to the story. 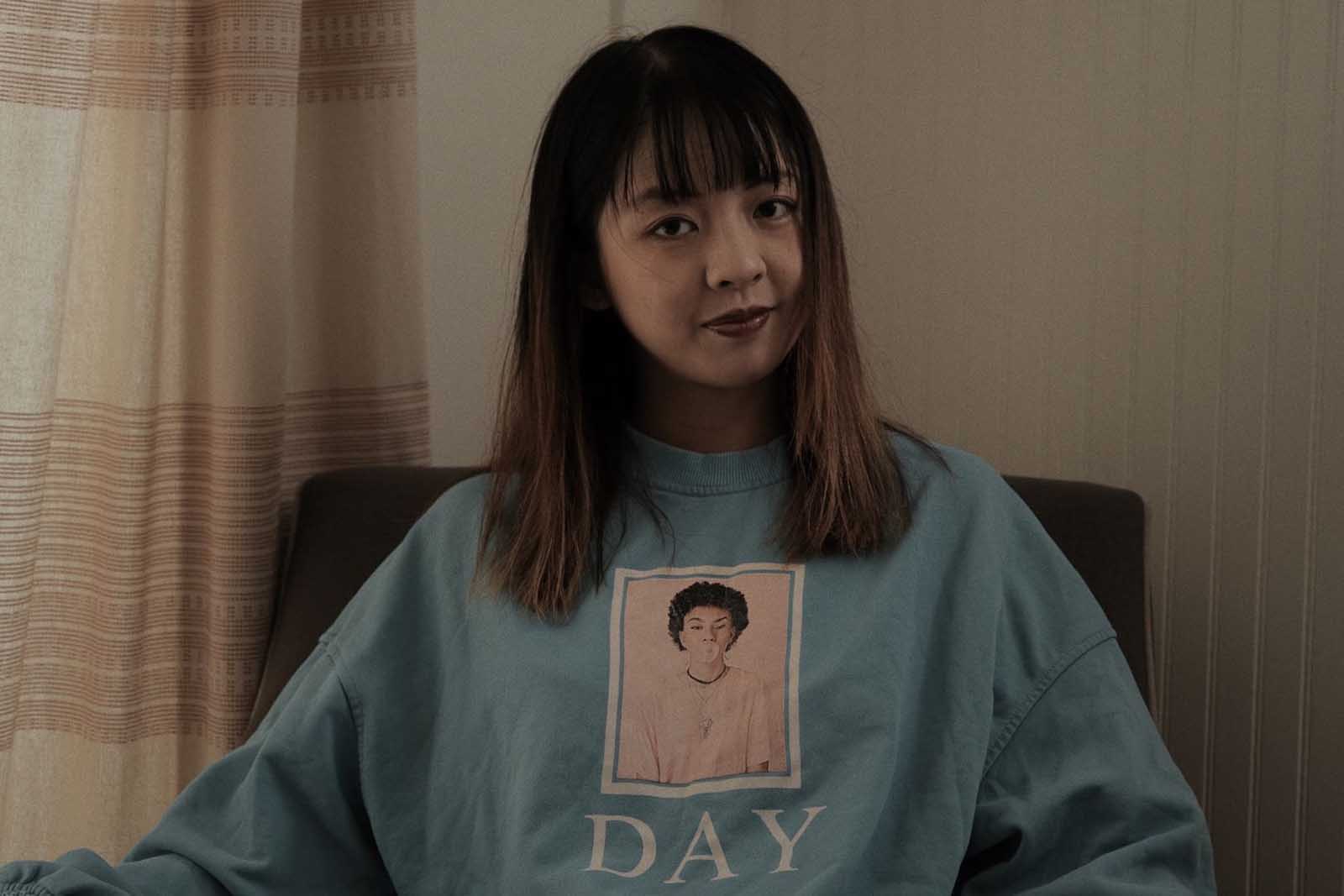 Wounded Girl proves Betty knows how to make even a simple skirt look like a life-saving tool. This is far from the end of her directing career, as Betty has already stated she wanted to continue directing other fashion films and music videos in the future.