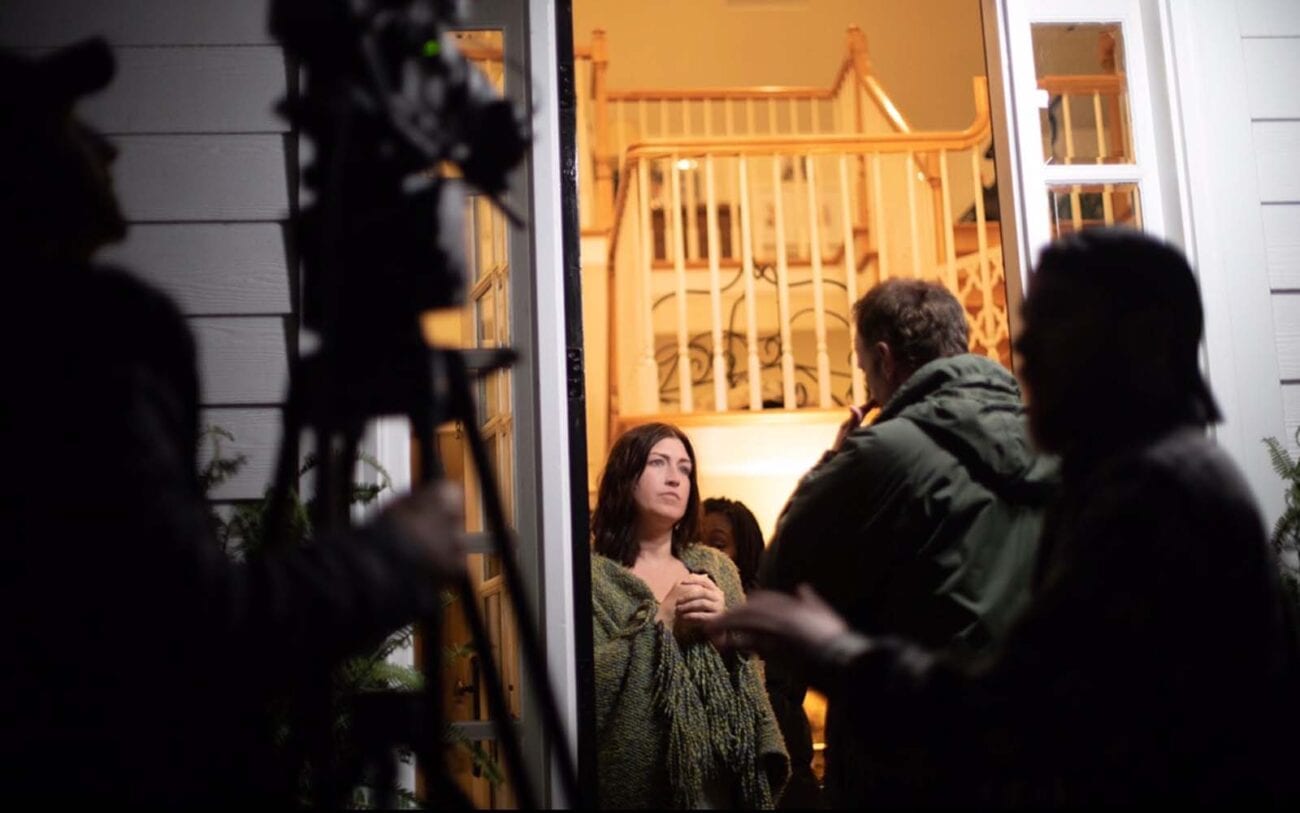 Tiffany Rhodes, if you haven’t heard her name before now, get ready because you’ll be hearing a lot more of her soon. She recently ended up acting and directing in the project Harbor Island. Rhodes starred in the pilot and we can’t get enough. 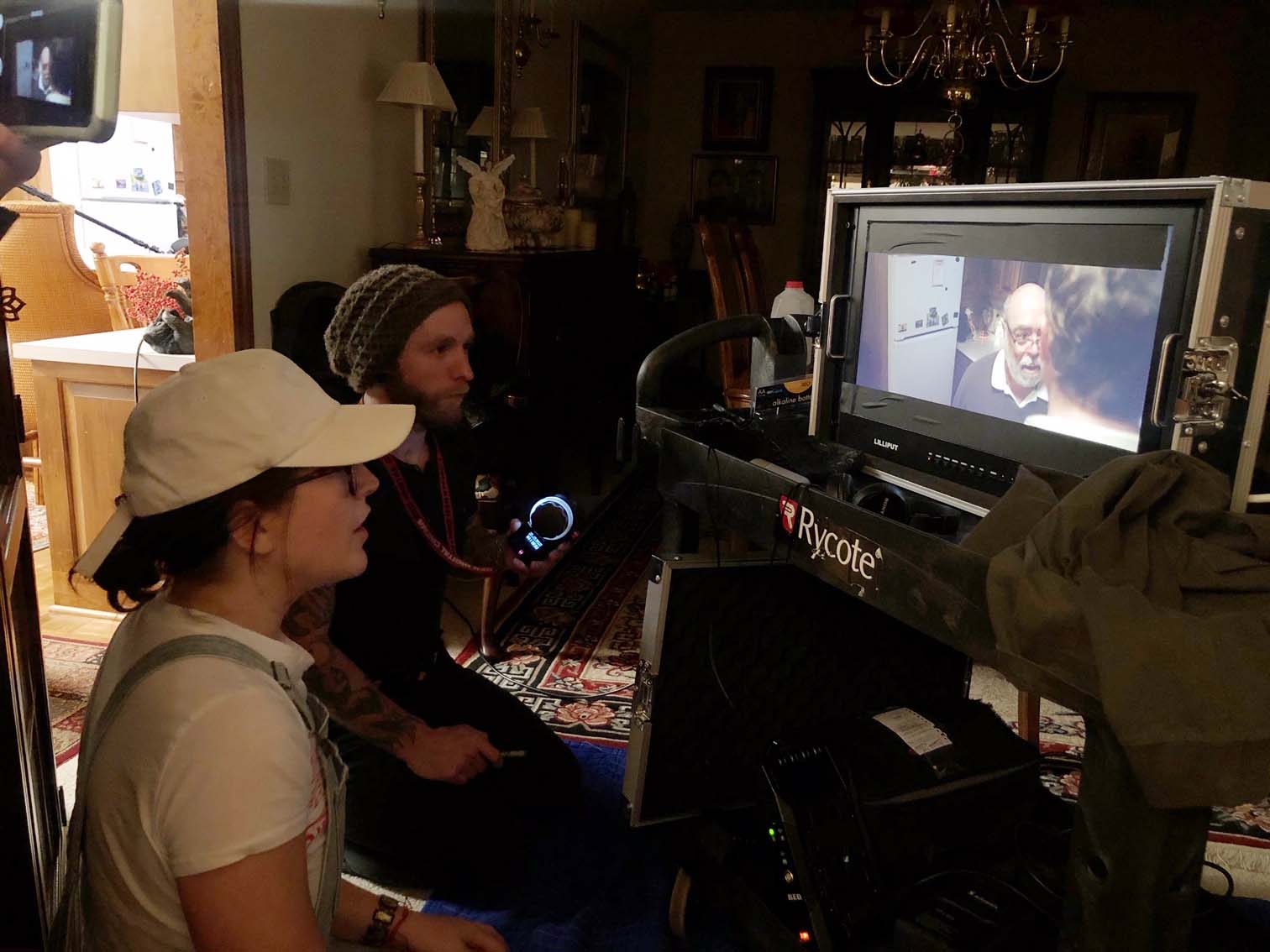 Harbor Island is a tv show, which so far, has only had the pilot filmed. However, this episode has been entered into multiple festivals and has won several laurels. Harbor Island also features Pat Dortch from TV shows House of Cards and Nashville, Lacey Caroline from Hallmark’s 2019 A Christmas Love Story, and Chris Lamica from NCIS: Los Angeles.

One of the producers of Harbor Island, Lyndsey Stogdill, describes the show as, “A suspense drama that tells a coming of age story through the eyes of a 12-year old girl, but the outcome isn’t what you expect or what you would necessarily hope for. Tiffany has crafted a genius story that is relatable to multi-dimensional audiences, and the characters tell stories we can all relate to – but not necessarily stories we want to relate to.”

The second producer, Clarissa Felts, refers to their hope of the show being picked up by saying, “Business skills are the backbone to accomplishing projects both large and small, whether it is a film or implementing a new technology platform. The building blocks are similar, such as strategy, human resources, finance, accounting, technology, etc. These are necessary elements in producing successful projects. 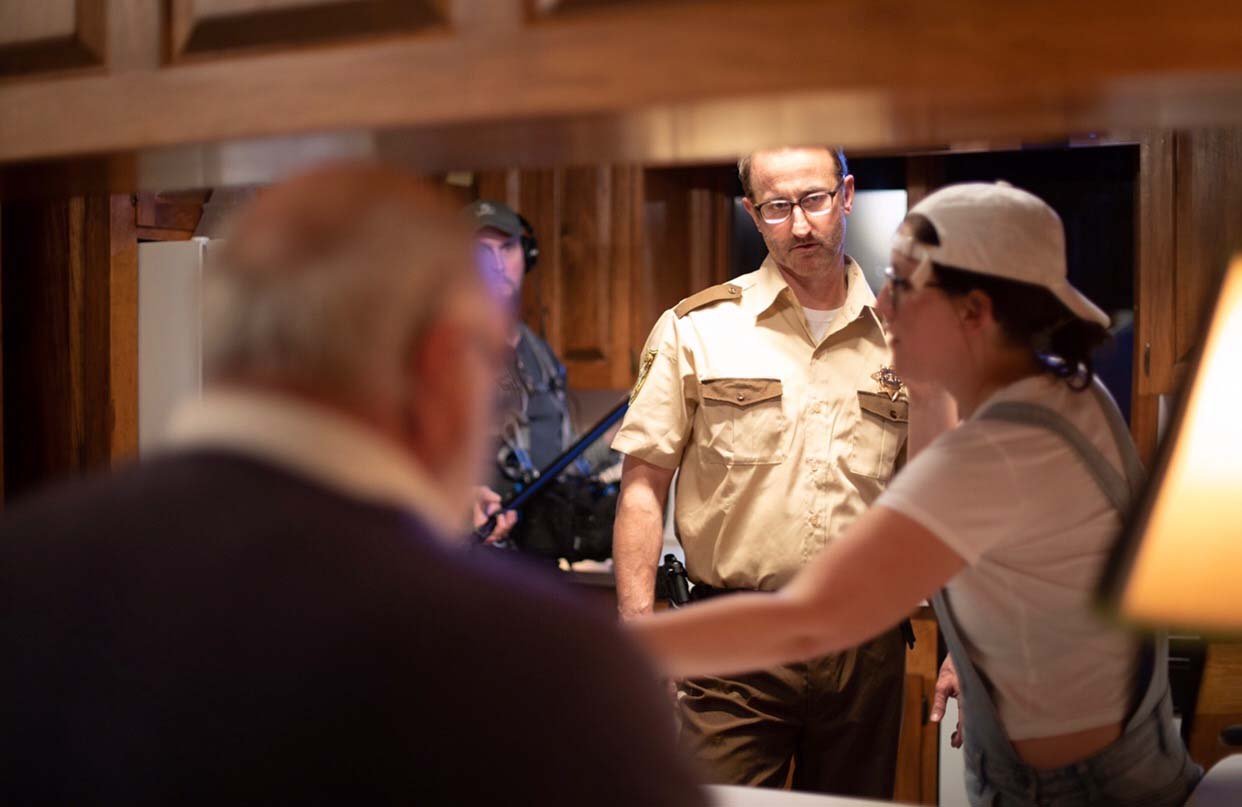 “Every great story deserves to be told, but without a business-savvy approach, it may never get the funding or make it to completion. In today’s environment, there is a high demand for limited resources, only the well-executed projects will rise to gain accolades and earn network spots or become mainstream films. Business skills provide a framework to create art.” 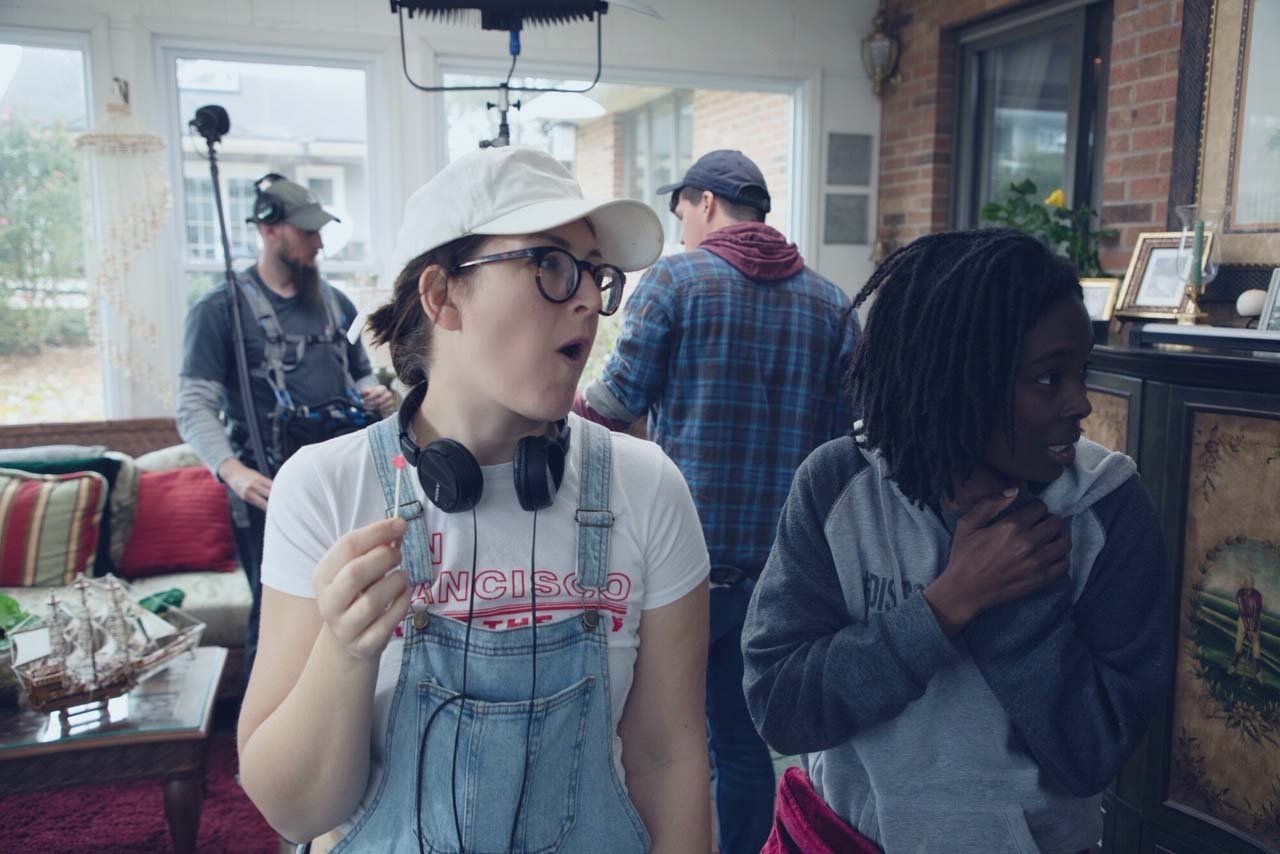 Tiffany Rhodes also has a feature film in the work works, called Matilde. Sadly, the project, which stars Ryan Kwanten, has been postponed due to complications because of the pandemic. The film is now expected in 2021. 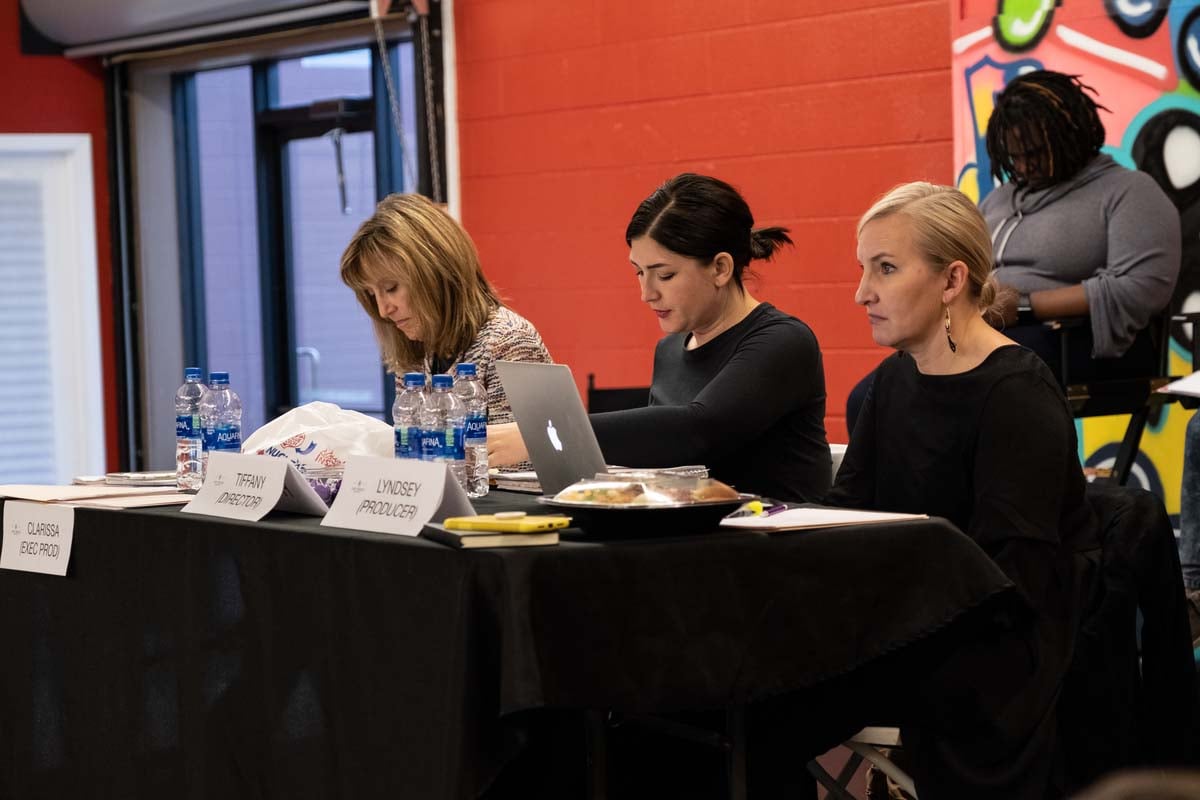 However, Rhodes is a busy woman – her feature film Match Struck is currently in pre-production. Felts and Rhodes are also working together on this project. Felts has this to say about the plot of Match Struck, “Match Struck has a powerful storyline that is both moving and relevant for current society. In the US, as many as one in four women are victims of domestic violence (and one in nine men), and this number is anticipated to be underreported. With many families homebound for indefinite periods of time during the Covid-19 quarantine, victims of domestic abuse have no relief. Work may have provided a safe haven from abuse if victims were employed outside the home or their abuser or both.

“In addition, financial stresses, drug, and alcohol abuse are amplified during this time of great uncertainty igniting a potentially more abusive environment. The film can be produced in North Carolina with a small cast and crew which is easier to accomplish with current quarantine restrictions.”

Tiffany Rhodes is excited about Match Struck, which is intended to be a psychological thriller – she says she’s never been so excited to film before. 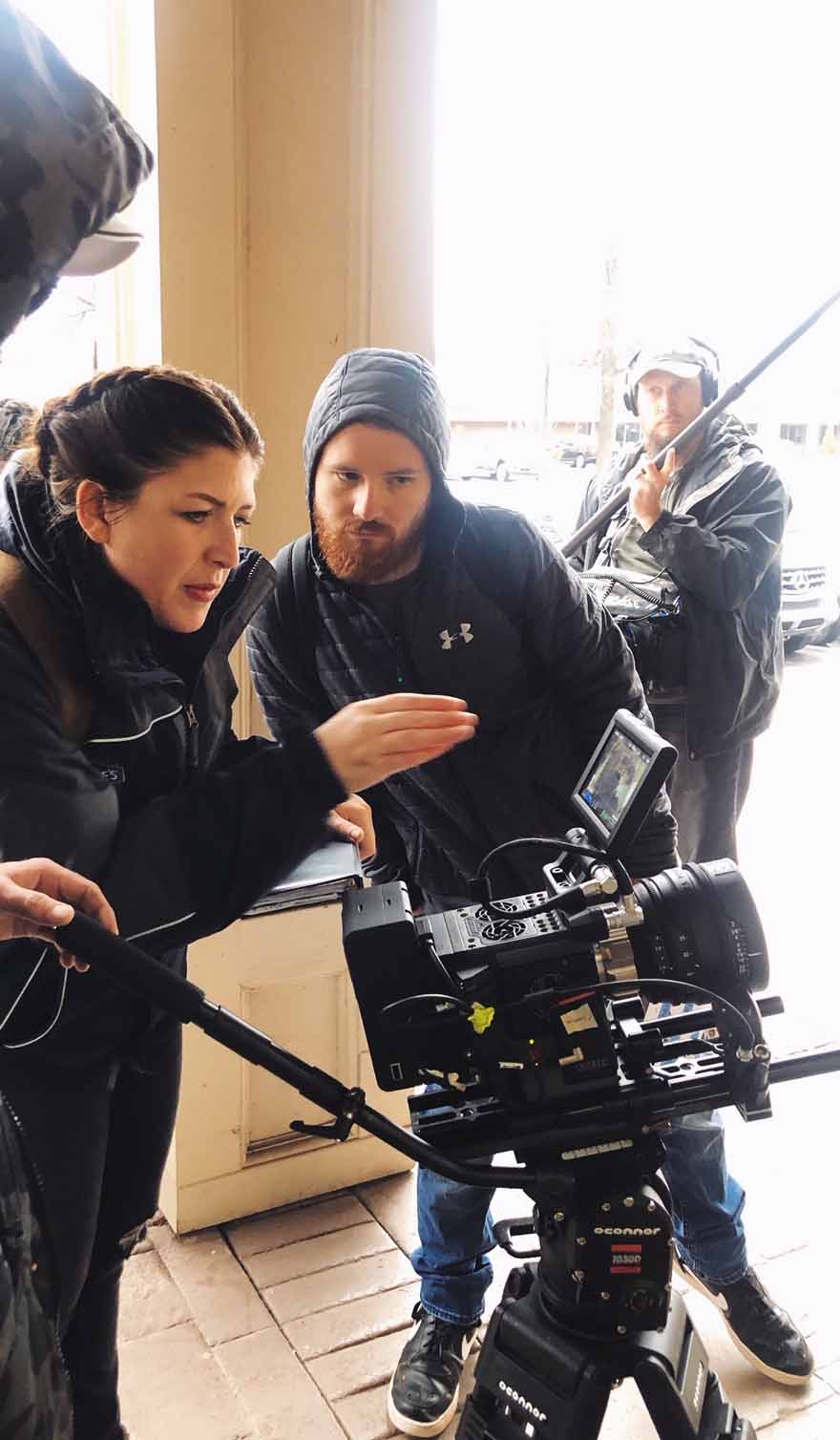 What people have to say about Rhodes

Rumors have been circulating about Rhodes and her filming style, some saying she’s secretive, while others say demanding. However, the people who have worked with her have kind things to say.

Stogdill says, “I wouldn’t call Tiffany’s filming protocol secretive. When artists join large scale projects, you sign NDAs. You aren’t allowed to share information about future or current projects. This is the industry standard. And you are not a smart artist if you don’t trust the director of your project. Furthermore, we would not be a smart production team if we didn’t trust Tiffany’s visions. I am “taken” with Tiffany because I fully believe in her abilities as an incredible writer and director.

“She is demanding. She is confident. And this is what we respect about her. As a new female team in a traditional male-led industry, we have no choice but to be confident in our skills. We don’t get do-overs. We get one opportunity to truly make a mark, to make projects that people want to see, to rent, to buy, to consume. If we weren’t confident in Tiffany’s abilities, in our abilities as a team, we wouldn’t exist.” 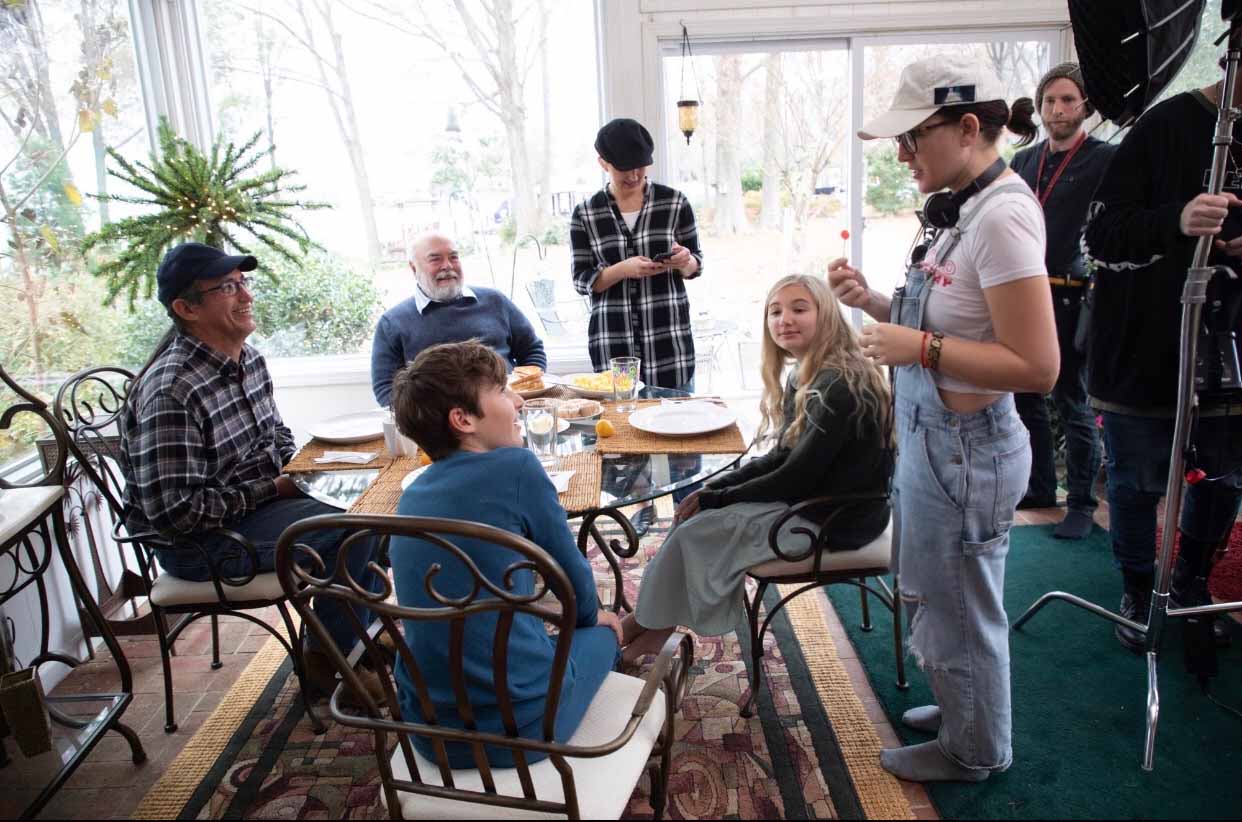 Meanwhile Felts corroborates her co-producer saying, “Tiffany Rhodes is masterful in weaving a story with characters having great depth and a compelling message. Her vision is brilliantly crafted and she communicates it with tremendous passion and vivid details. Rhodes evokes confidence, expects excellence, and provides a brilliant roadmap. She also listens. These are qualities I admire and respect in a leader. People (cast and crew) want to follow a great leader with these characteristics. Her strong leadership and creative intellect fuel our enthusiasm to bring the creative to life. It is completely exhilarating to make beautiful art with Tiffany Rhodes.”

Pat Dortch, who Rhodes worked with on Harbor Island said, “Tiffany is a brilliant writer. Behind the camera, she knows what she wants and when she sees it, we move on. It’s a fast-paced environment, so you better come prepared! She is extremely generous and open, and her energy is infectious. Her charisma brings everyone together, cast and crew, creating the perfect environment for storytelling.”

Script supervisor, Tanya Lefebvre, also had kind words in regard to Rhodes, “Her passion toward filmmaking is evident in the challenges she chooses to undertake. Not only is this exemplified in her current project, Carol, but also by the edgy and urgent subject matters she brings to the screen. Working with her has truly been a blessing and I thank the universe daily for having crossed our paths.”