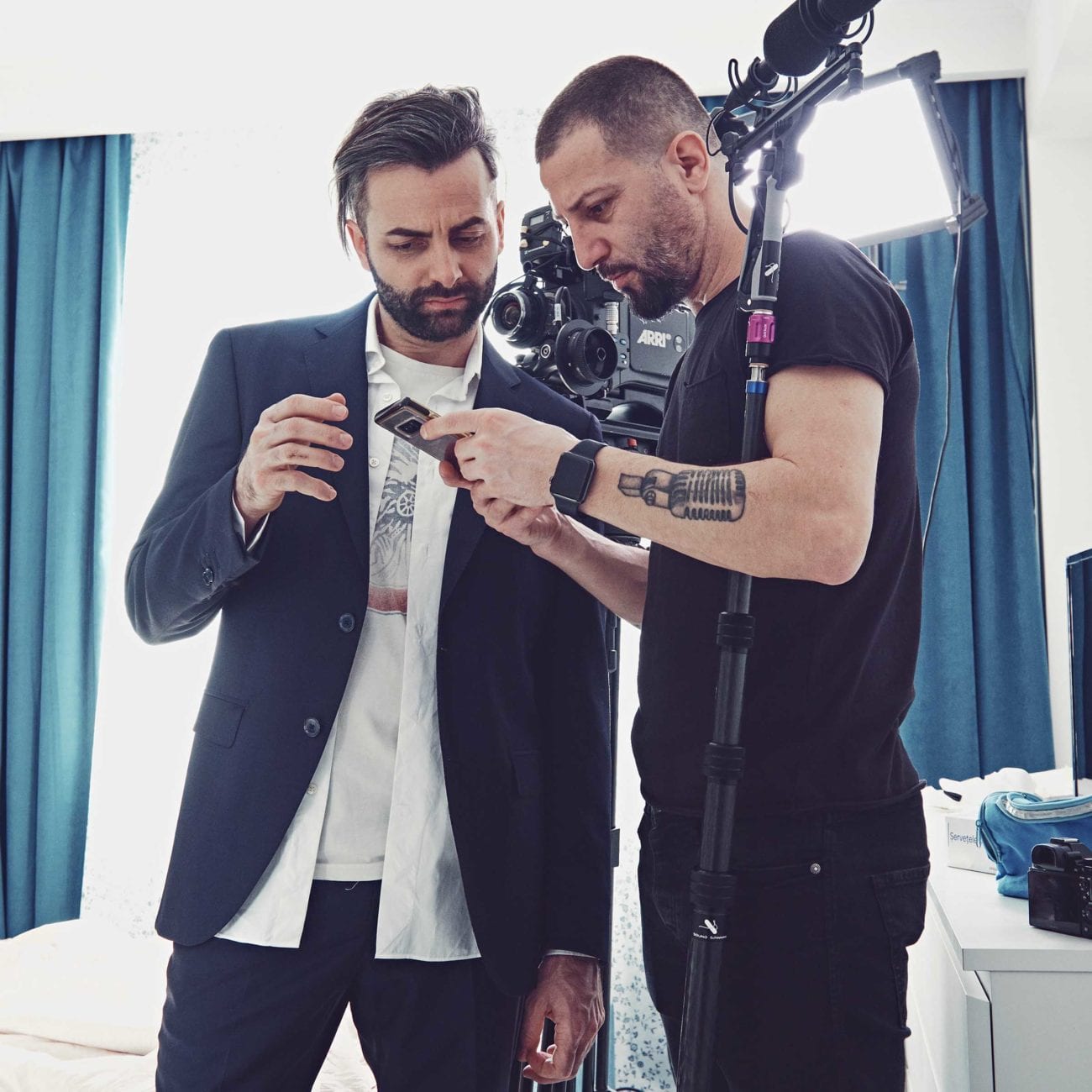 Cosmin P. Zaharia was originally supposed to be a biologist. His first bachelor’s degree was in Biology thanks to his love of living creatures and interest in their lives. But it became clear there was one bird he cared more about than any other: the bird inside of him wanting to be in the film industry and make his own indie film.

It’s no surprise then that his feature indie film The Music Island has a big focus on freedom, especially creative freedom. The Music Island tells the story of Alex, who comes home from a trip to Ibiza and tries to go back to life as usual, but the freedom he experienced starts creeping back up. 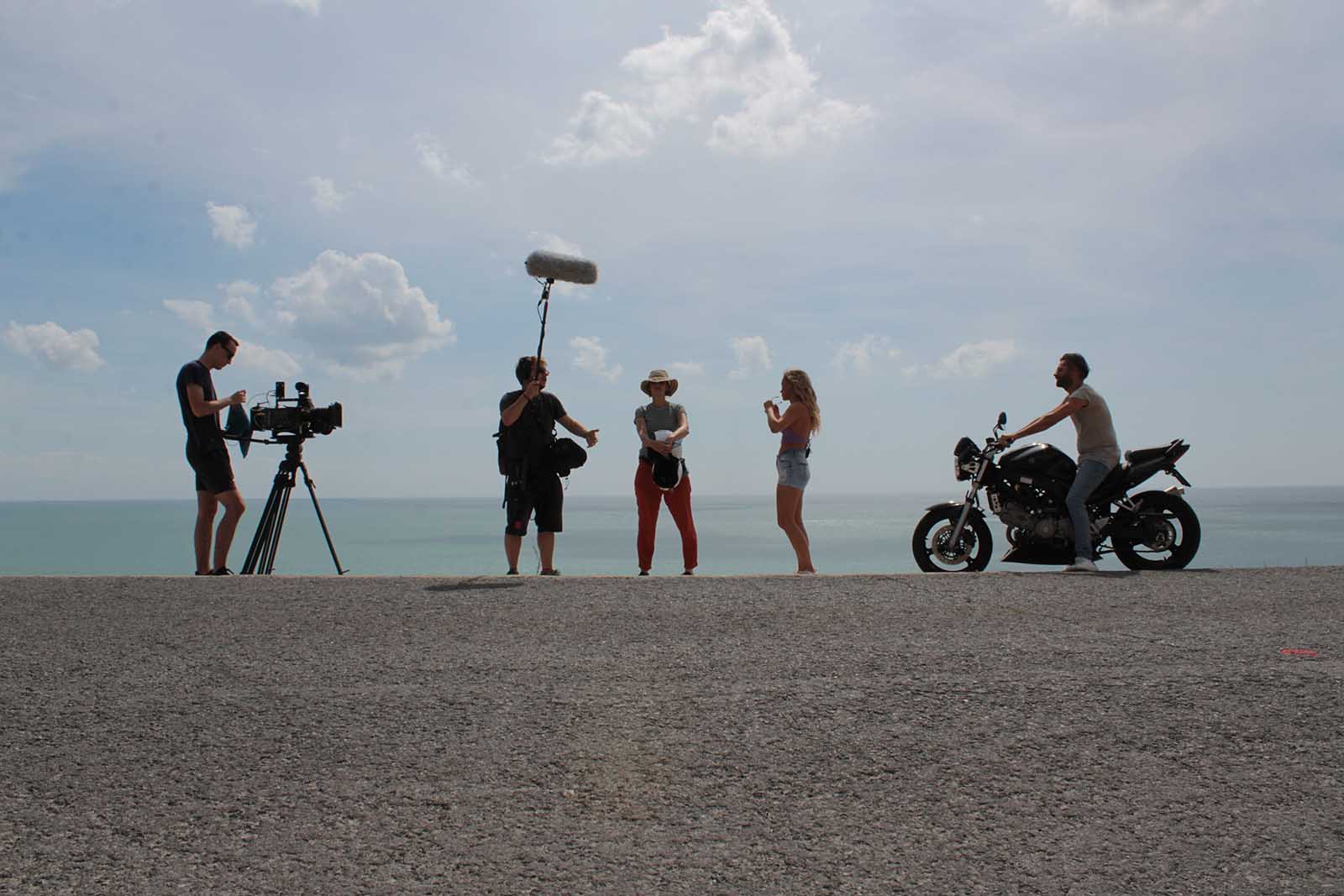 Based on Zaharia’s own trip to Ibiza, the film was his way of expressing his freedom to create. With the film’s release coming soon, we spoke with Zaharia about that magical trip to Ibiza and how it turned into The Music Island.

I have my background in acting. I’ve graduated with my second bachelor’s degree in Acting in my home country Romania and then came to the UK for a Masters. During my studies back home, I’ve been working as an actor in professional theaters. Moved to London because of my Masters, I performed in several theater shows and then slowly I’ve started producing, writing and playing in my own short films.

This was a combination between my need to succeed in a very competitive industry and my dream to play and direct my own movies. I couldn’t wait for the phone to ring to be called for a casting. I wanted to create my own chances. I always liked to be independent and create my own luck! I do not believe in luck! Success is a scheduled event, that it will happen sooner or later if you were passionate, worked hard and believed in yourself. 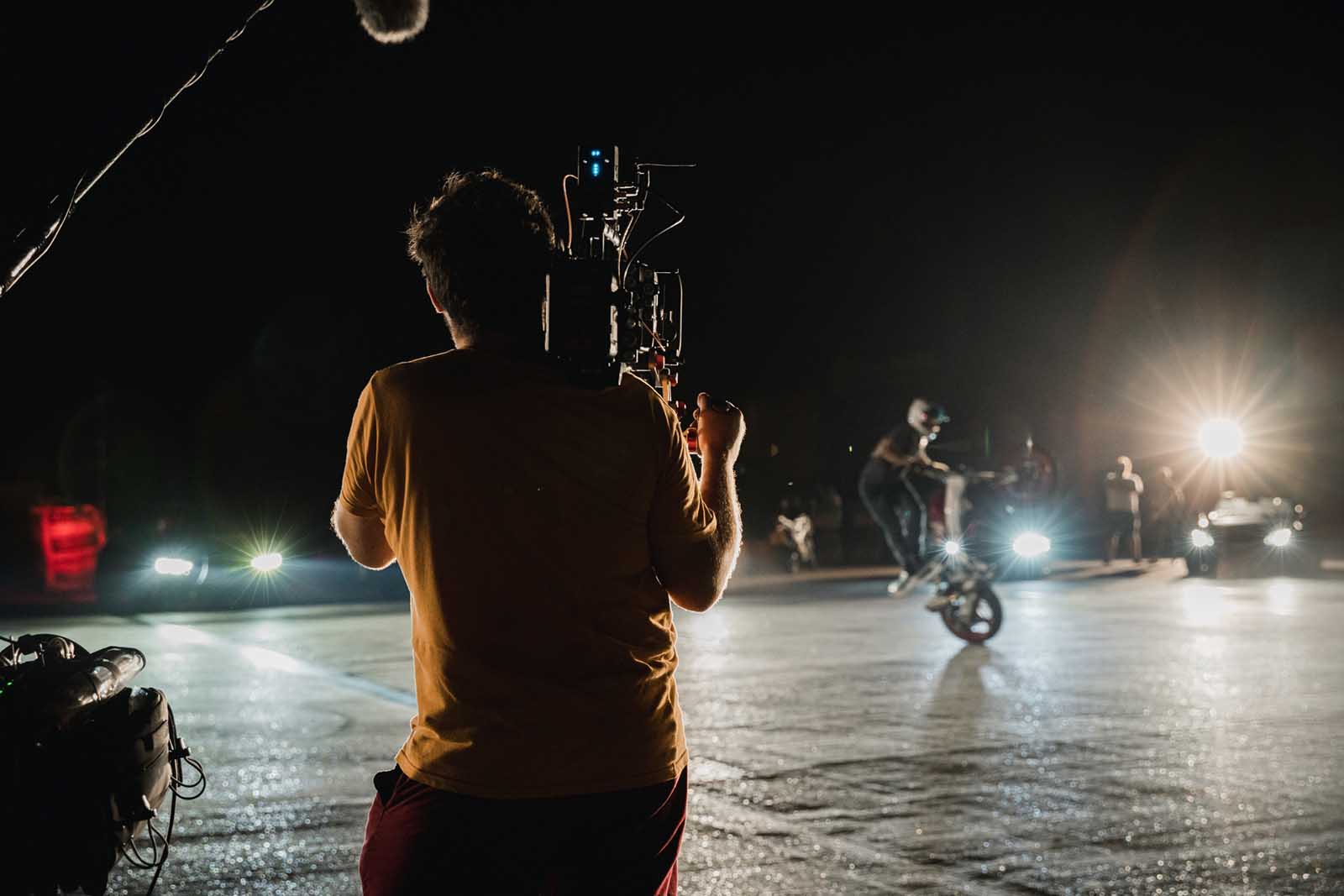 I can say my early influences were cinema movies together with my acting tutors and then, once I arrived in London, it was the city and the art people from here.

How was working on The Music Island? What did you learn from the experience?

The Music Island is the craziest thing I’ve ever done! If ever, someone would have told me that I could be able to write, produce, act, direct such a major production I would have left him/her speaking alone. A lot of times I get lost in my thoughts and I cannot believe that I’ve done it. I can’t believe how I could work 48h/week, sleeping an average of 4 hours/night for more than 7 months, rehearsing at 5-6am in the morning or very late in the night before or after work.

I was working and taking care of the movie at the same time, 7 days/week without a day off for better than 2 years. This experience taught me one thing: NOTHING IS IMPOSSIBLE AS LONG AS YOU BELIEVE IN YOURSELF AND YOUR DREAM! 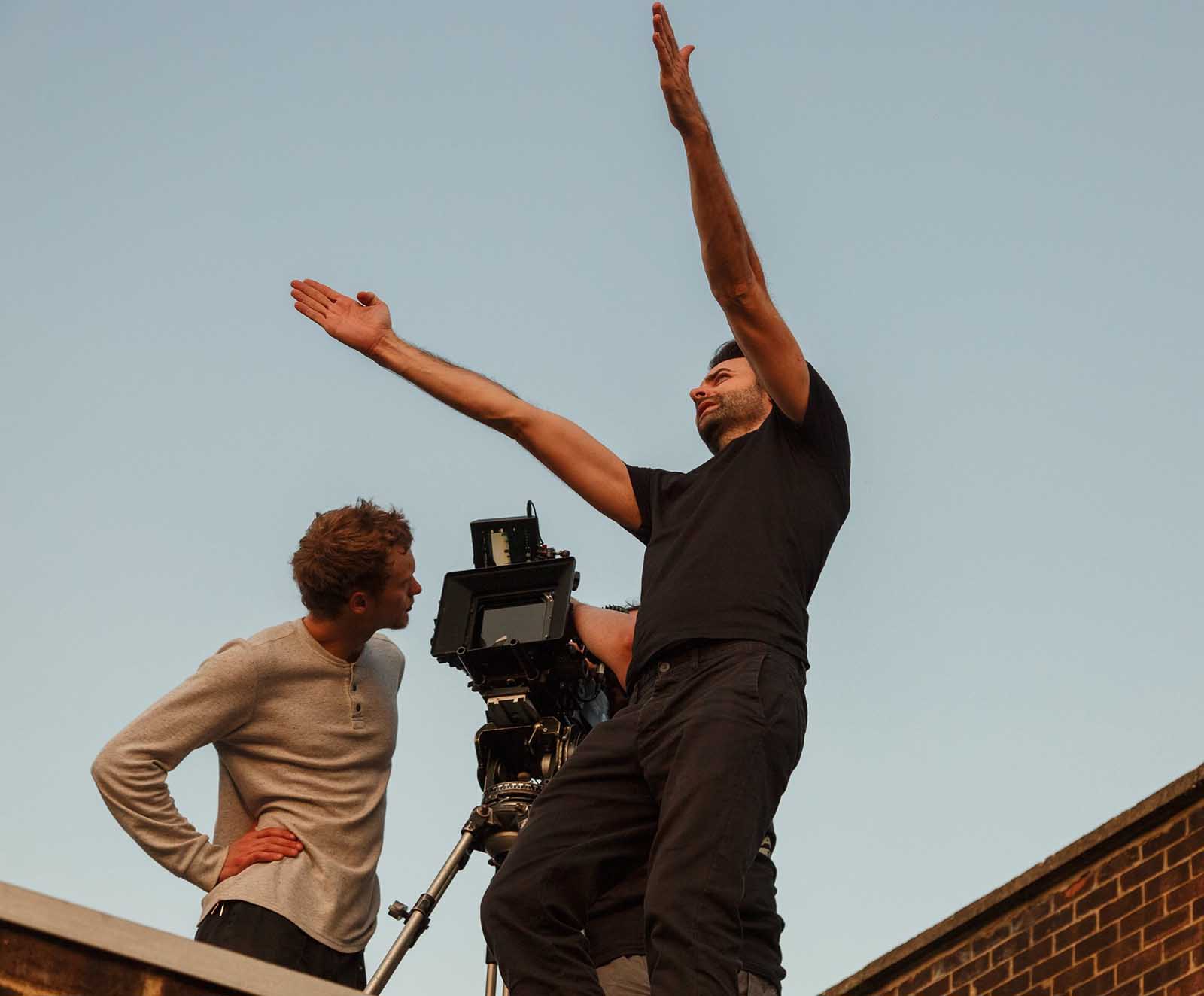 Before I’ve started my acting and film career, I’ve got my Bachelor degree in Biology and before I used to paint. I’ve studied Biology just because I’ve found nature and all its living creatures fascinating. I wanted to know and understand much more than I could see.

Where did the concept come from for The Music Island?

Almost every time I mention the name of the movie, people tend to believe it’s a musical. It’s not. In order to understand where The Music Island‘s concept comes from, you need to know how it started everything. In 2017, I went to Ibiza on holiday. I fell in love with that place, especially with its energy and the people. I’ve started writing a script.

The Music Island is a metaphor for freedom. It is about freedom of individuals and how this changes according to the environment they are living in. Why The Music Island? Because Ibiza is famous worldwide for its electronic music and concerts. The lead character identifies his freedom with his experience on the island and tries to live it again in London. But he fails and transforms into a monster because London is a totally different environment. 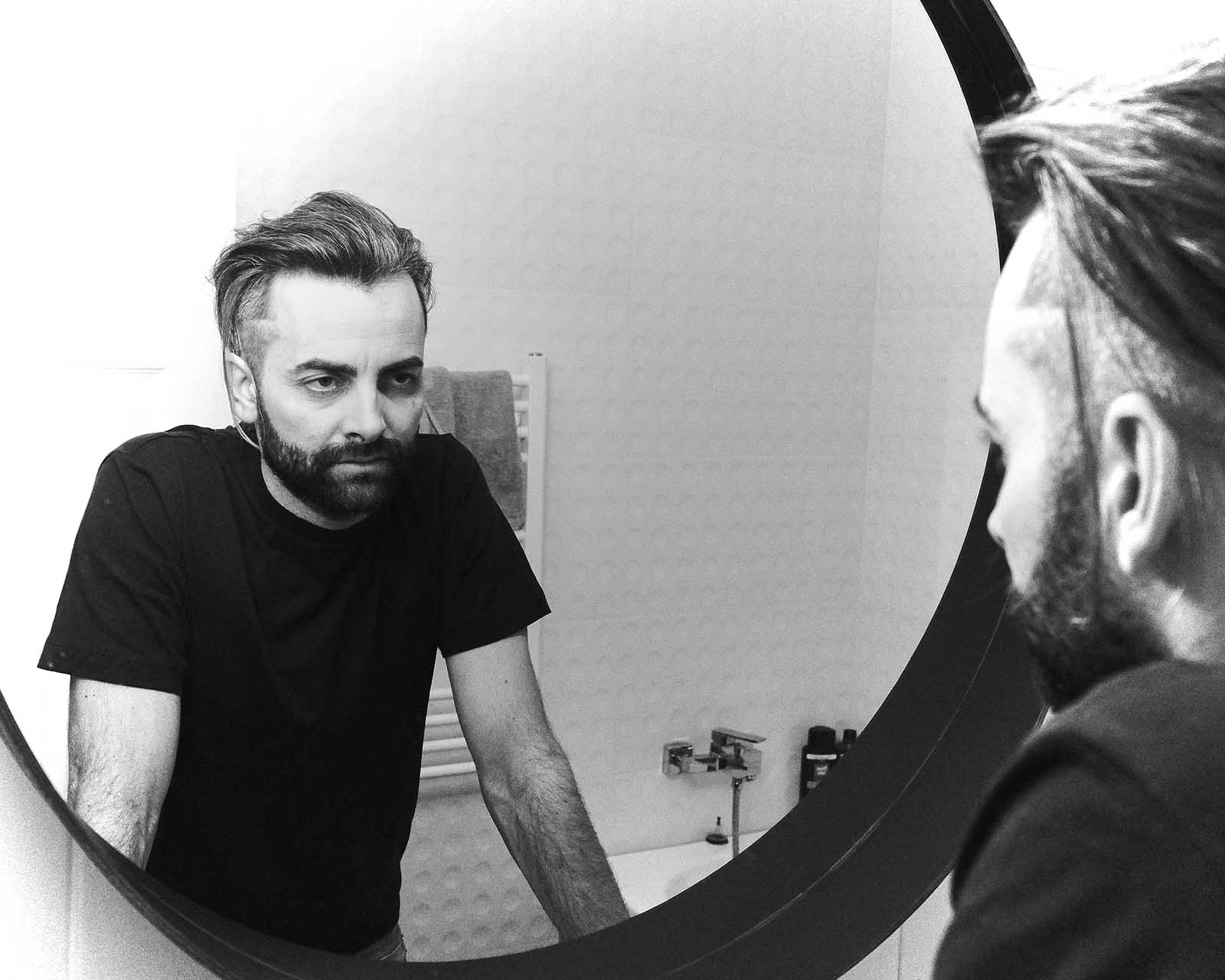 PATIENCE & WISDOM! It is very difficult to produce your own movies from your personal budget without the help of any sponsors especially when you are at the beginning, because you’ll never know if you’re gonna get your money back and keep going. Why do I bring up the financial matter? Because not a big budget makes a movie good.

There are essential things that could bring quality to your production even without a huge budget. For example, a good script doesn’t need a big amount of money to be well written, actors don’t have to be famous in order to play well. There are so many very talented actors out there without being known, at least equal or even better to the ones you find on the screen in famous movies in cinemas.

You just have to find them! DO NOT MAKE compromises when you cast the roles. Even if you have friends from the industry who are asking that, EVERYONE has to pass through the casting process! It is extremely important to find the right people to work with, especially when your budget is low. That’s why they need to be extremely passionate and believe in you and your project! 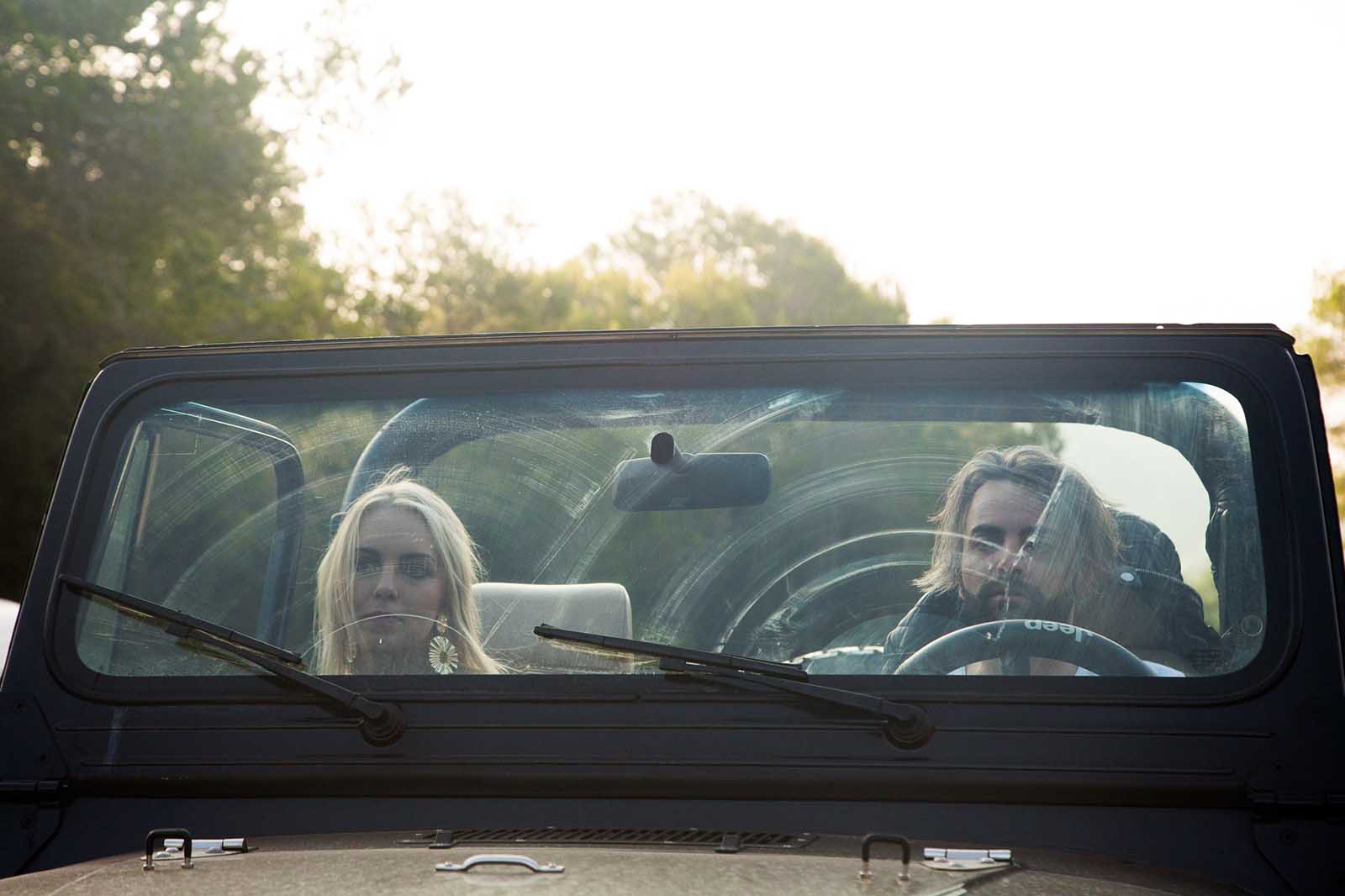 I can consider myself happy that I am able to act/direct/produce/write, but it is extremely energy consuming. For future projects I would like to focus only on directing/acting. The other two departments I would like to leave them to different people. Directing and acting are already a big challenge.

For now I am still focused on The Music Island, but I’ve started already gathering information about two upcoming projects: a comedy series and another full feature film. 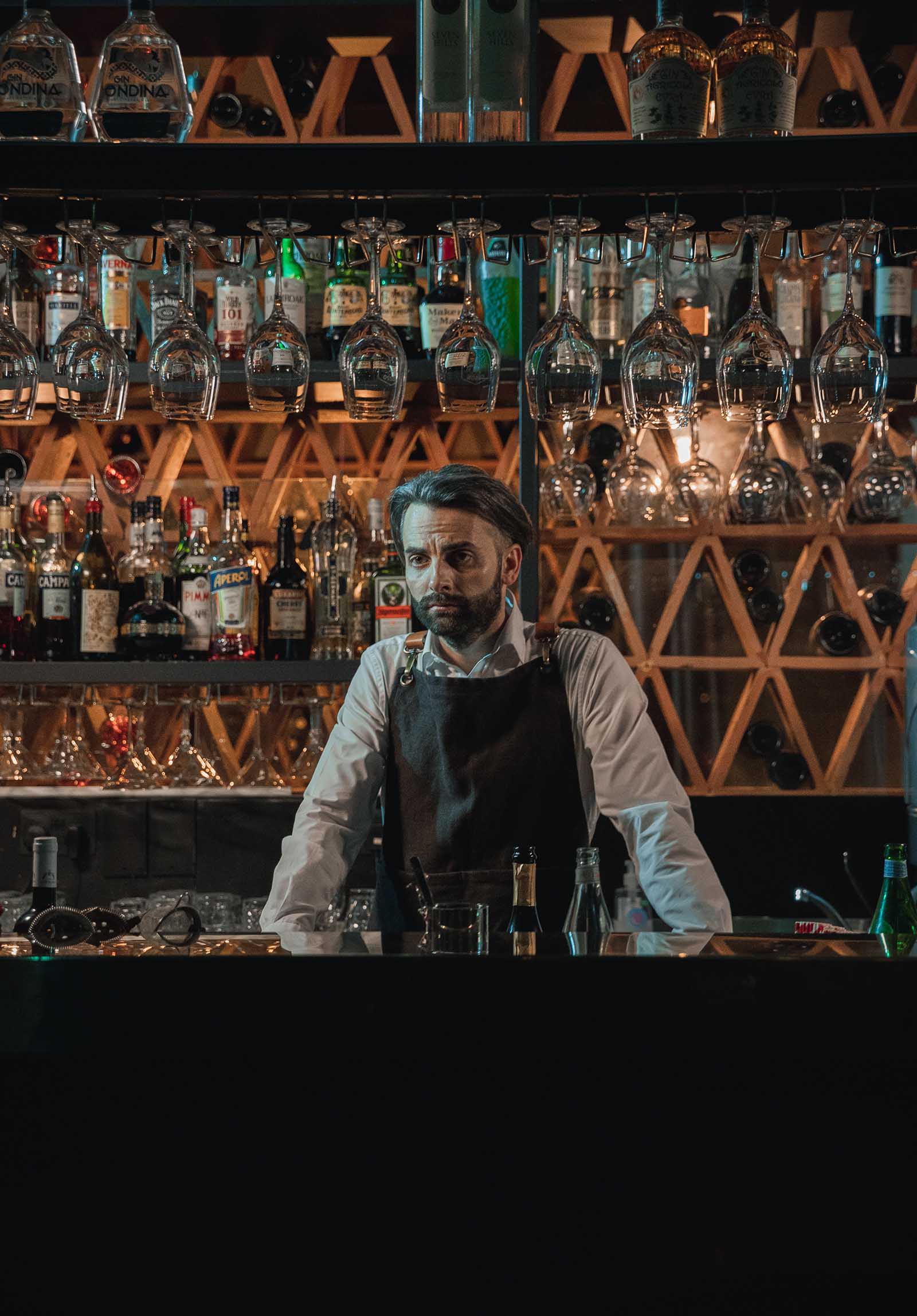 I think my mentor was my first acting teacher at the university. It is incredible how important it is to get trained by a person with a strong passion and extensive experience. I do not think that people should run after names. Obviously people with a big name achieved big things, but bear something in mind: My mentor might not be your mentor! Research before choosing what’s the best for you!

The most important mentor is your passion, talent and your will to pursue your dream. This is the first thing you should work on! Take a moment and think! You do it because you love it and you’re passionate about it or just because you like the image/idea of it. 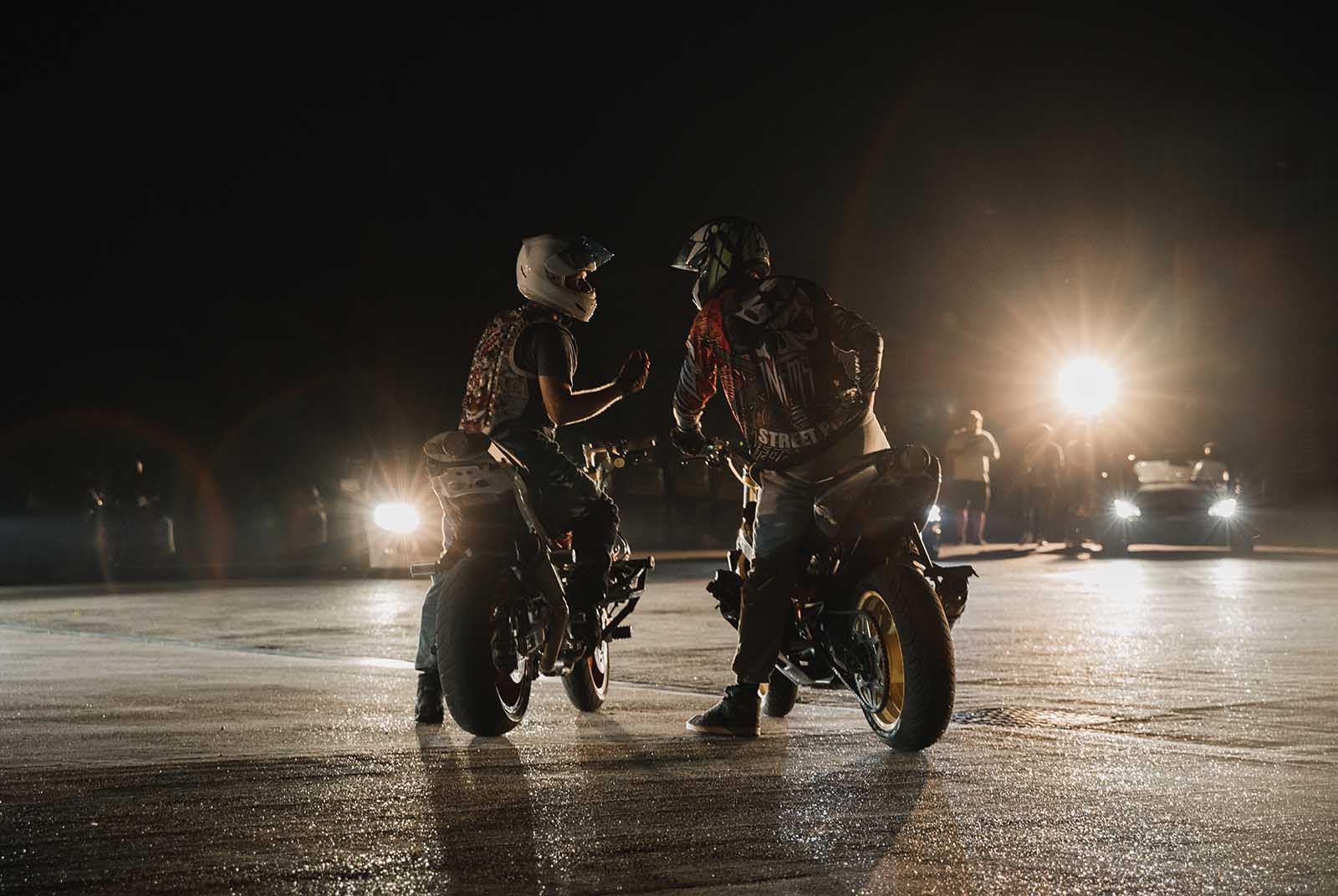 Every artist has its own mission in the world and I hope all from the art field realize that. Artist’s talent is a gift with immeasurable power. And just few are lucky to have it. So they should appreciate it and change this world for the better. For example, in my movies I would like the audience to identify with the characters in the film.

That’s why my directing approach it’s to create real people on the screen, so the audience watching my films say: “I am that one!”, “Oh my God! I lived that moment!”,” This looks so real!”. My goal is to create real characters, the audience can empathize with, they can get in love with or hate them for real.

Once they do it, they will also reflect over the message of the scene they’ve just watched. In my movies you might see an ordinary scene, but I please you to watch it twice, because there will always be more than just what you see. I love symbols and subliminal messages. 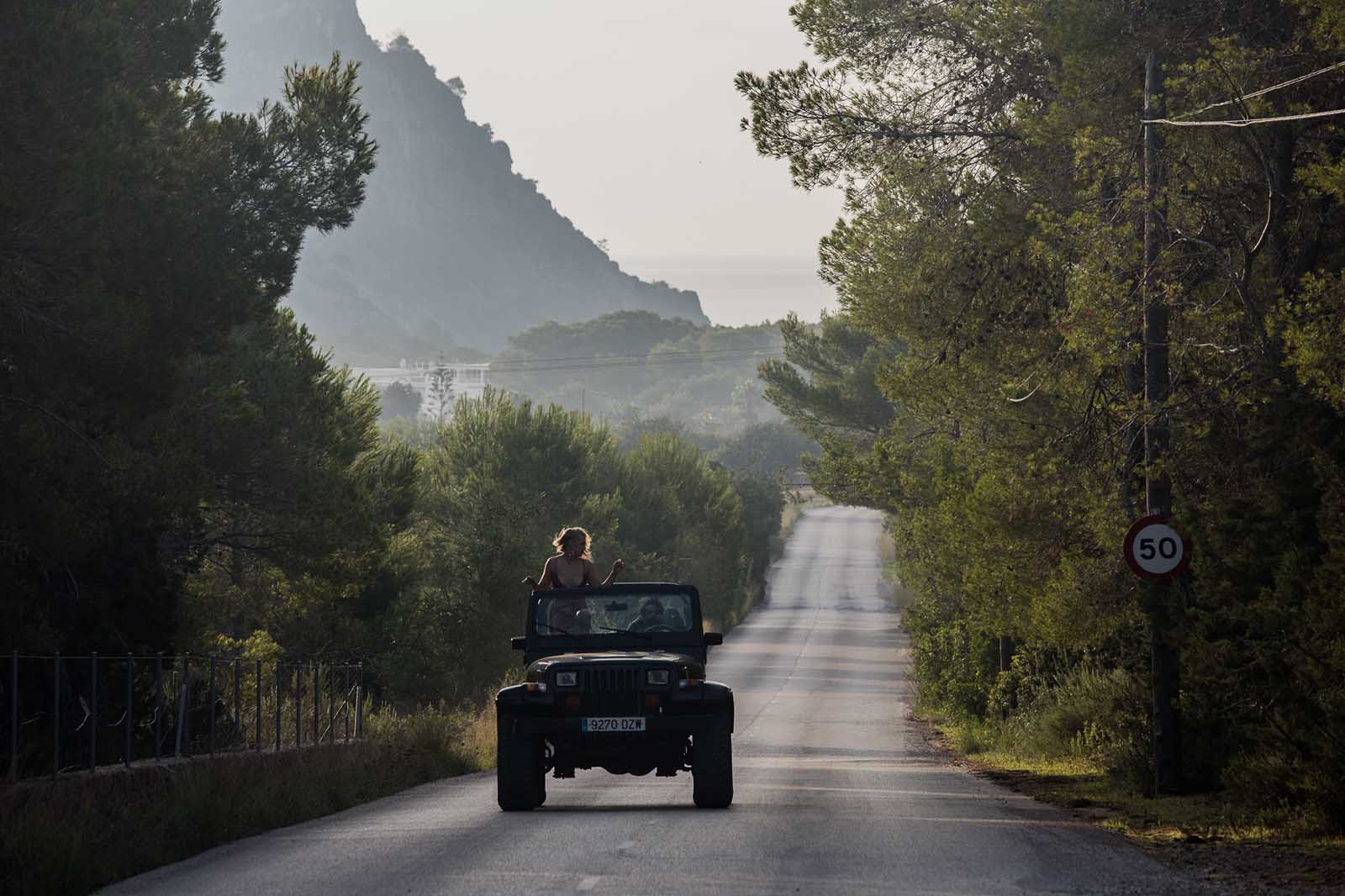 To be honest in the last 2 years I didn’t have time to go to castings because of The Music Island‘s production process, even if I had the opportunity.

To make another 2 feature films and potentially to win some prizes.

It is hard to speak in someone’s name, because I do not know which are the values you are looking for. Everyone is looking for different things and I’ll be unfair or subjective saying that you should follow that filmmaker or the other one. I think everyone has to be given at least a chance to present himself and then the audience will decide.

I do not have just one favorite film. I am changing continuously, so I perceive things differently each time. I am gonna mention 4 of my favorites: 2001: A Space Odyssey directed by Stanley Kubrick for its symbolic approach, The Shape of Water directed by Guillermo del Toro for its originality, La vita e bella directed by Roberto Benigni for its positive energy and optimism, Birdman directed by Alejandro G. Iñárritu for its filming style. 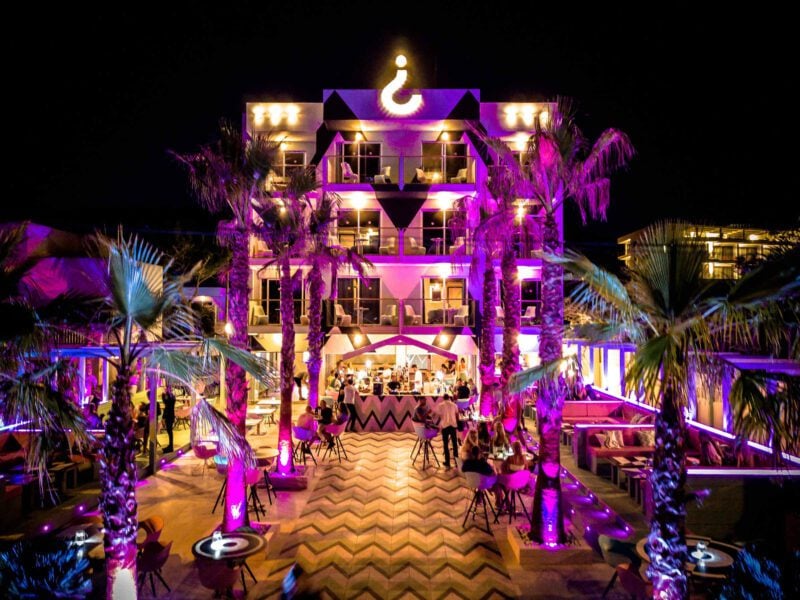