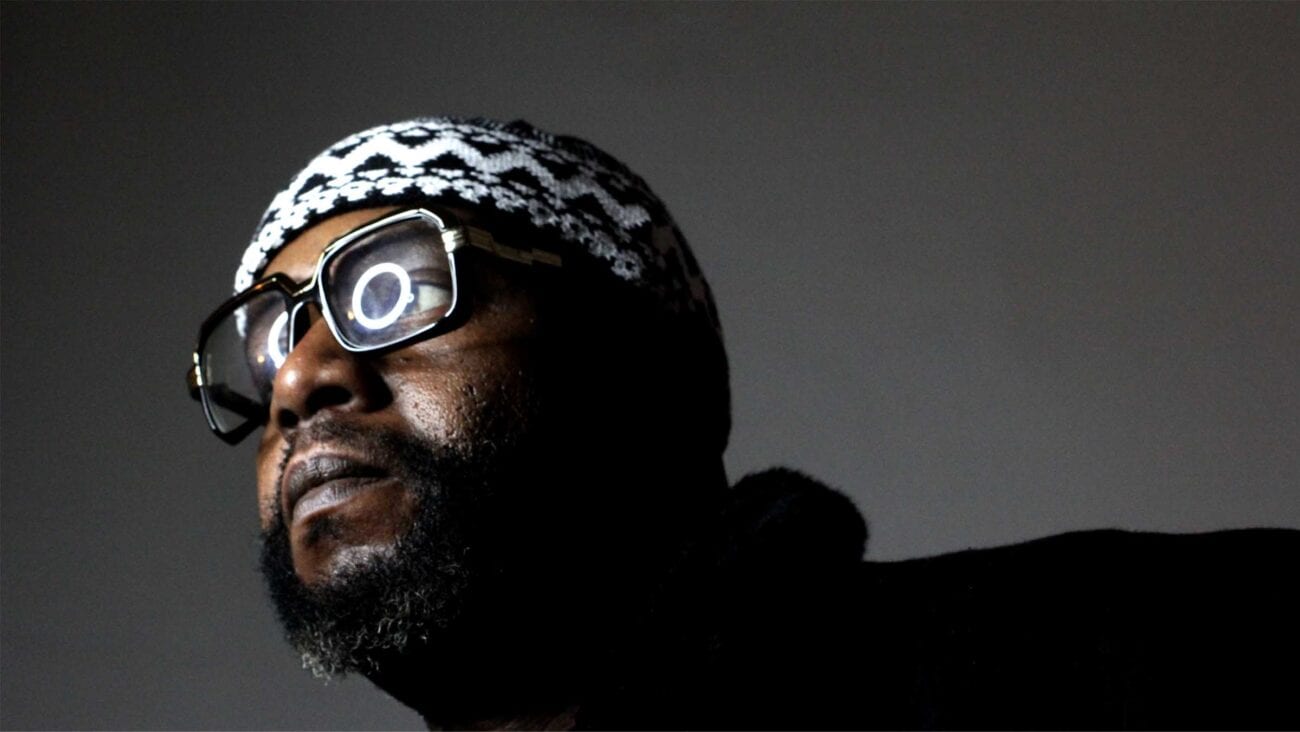 A force in the industry: Jermaine Quick – Musician, filmmaker, and entertainer

Jermaine Quick has been in the entertainment industry for more than twenty years. He’s done everything from release three of his own music albums to producing, writing, and directing his own films.

Quick is based in Philadelphia and runs his own production company called IlladelStyles Entertainment LLC. He also has a new film called Heartless and is already working on his next feature film.

We had the chance to ask Quick a few questions about his career, his projects, and a few other things. Here’s what he had to say. 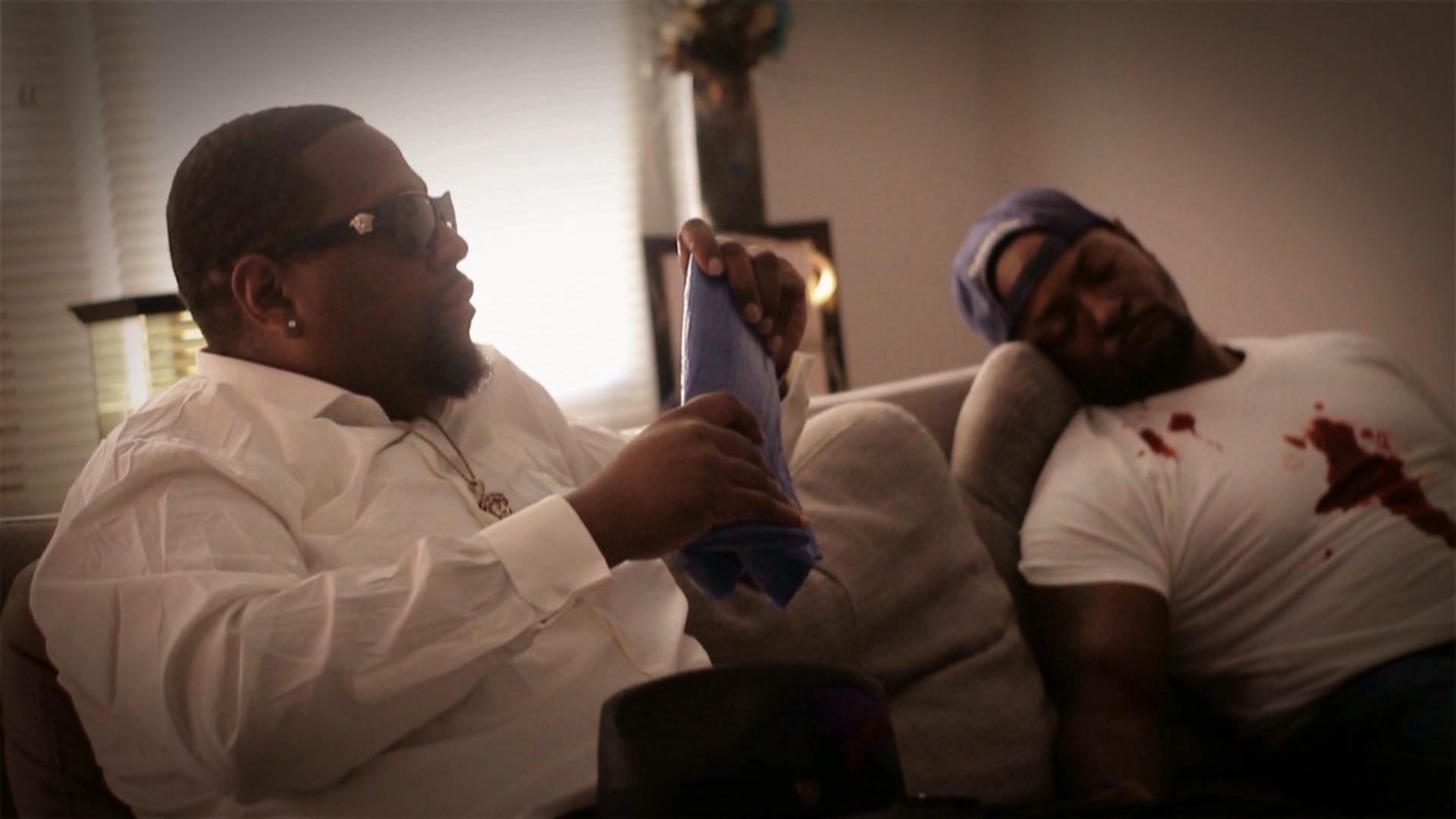 Can you tell us a bit about your history working in the entertainment industry?

Well, it’s so much to say. Over 25 years of entertaining the public as a hip-hop artist. After going to school at the Art Institute of Philadelphia in 1994, I homed in on my skills in videography and audio production. This opened the door for me to intern at the now closed Sigma Sound Studios in Philadelphia where I had the opportunity to work with the infamous Super Music Producer, Scott Storch.

My sound wasn’t good enough for the masses, and it became too expensive to pay for studio time, so I transitioned into learning more about video production. I would rent cameras from the school and film on my off days when I wasn’t working my 9 to 5 job.

What drew you to the world of entertainment?

I grew up in Saint Joseph’s Home for Boys group home. Having a rough childhood with no father and a mother who was seized by alcoholism, I spent my entire adolescence amongst strangers. Entertainment became my stress reliever. I learned how to break dance and beatbox (making musical sounds with my mouth) at the age of 11.

Then I began rapping at the age of 17. Film came later. I was always intrigued by how everyone looked larger than life. Then I grew up and learned it was camera angles. It’s like waking up realizing that there isn’t a Santa Claus.

You have an extremely versatile career from being a musician to being a producer – what’s it like juggling so many responsibilities?

It all works together. As an entertainer, I believe your vision is crucial. If you can’t jam to the beat of your own drum, then how can you expect others to do so? If you can’t visualize the image you want others to see, how can you be true to your craft if others are trying to convey your personal vision. 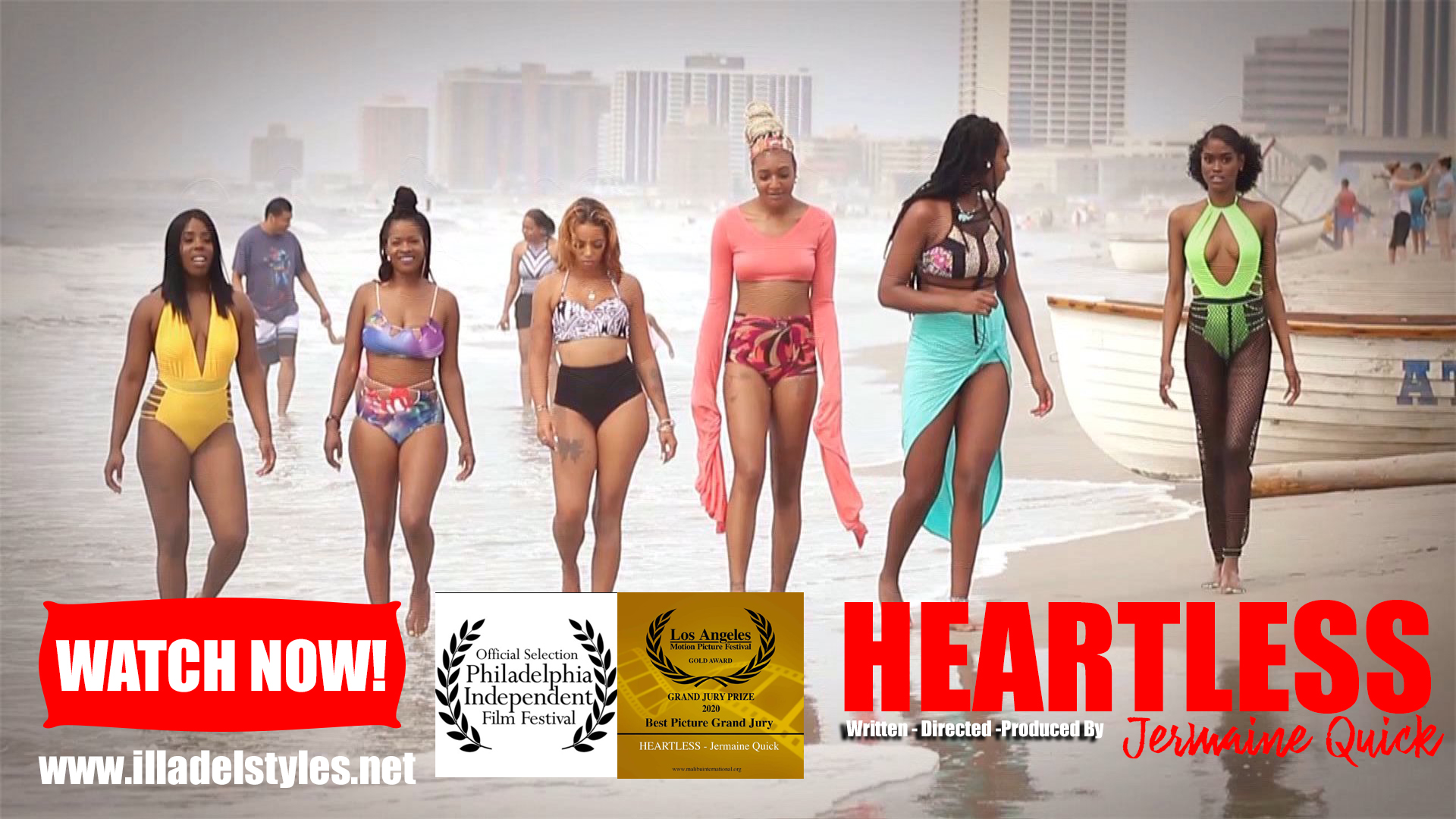 Could you describe your newest film Heartless for us?

Heartless is a film about mental illness seen through the eyes of a child. It is now the recipient of the Los Angeles Motion Picture Festival Award and the Philadelphia Independent Film Festival Award for Best Picture, and Best Local Film. It details a young child who is forced to learn life through social media because her mother is an alcoholic and her father works a lot.

What inspired you to make Heartless?

As a Forensic Security Employee for the Commonwealth of Pennsylvania, I work in the psychiatric ward and deal with mental patients daily. It became a passion to educate people because so many younger adults are dealing with depression, PTSD, and psychosis.

What would you, personally, say makes Heartless an important film?

The film talks about a taboo subject and brings it to reality by using everyday people in everyday situations from an urban perspective. It also shines light on the growing need to educate law enforcement on specific symptoms and signs of mental illness.

It also gave 46 unknown actors from Philadelphia a chance to be seen on the big screen. I have always been about community outreach.

Is there anything you’d like people to know before seeing Heartless, or to think about while watching?

I want people to open their hearts and minds just enough to realize that many are dealing with mental illness on all levels, and the strong must assist whenever possible.

You also run your own multimedia business called Illadelstyles Entertainment, can you tell us a bit about what the company does and specializes in?

Illadelstyles Entertainment is a multimedia-based company specializing in audio, and visual production, photography, graphics, and cinematography. I have been catering to the public for 20 years. My services also help to finance my independent films. However, with COVID-19, my services have dwindled. Now I am pushing my apparel line to supplement what I’m losing.

My mission like most directors is to get that Oscar. I want people to watch my films and leave with the griping sense that my film gave them purpose to change if necessary, and perspective to see both sides of the coin. 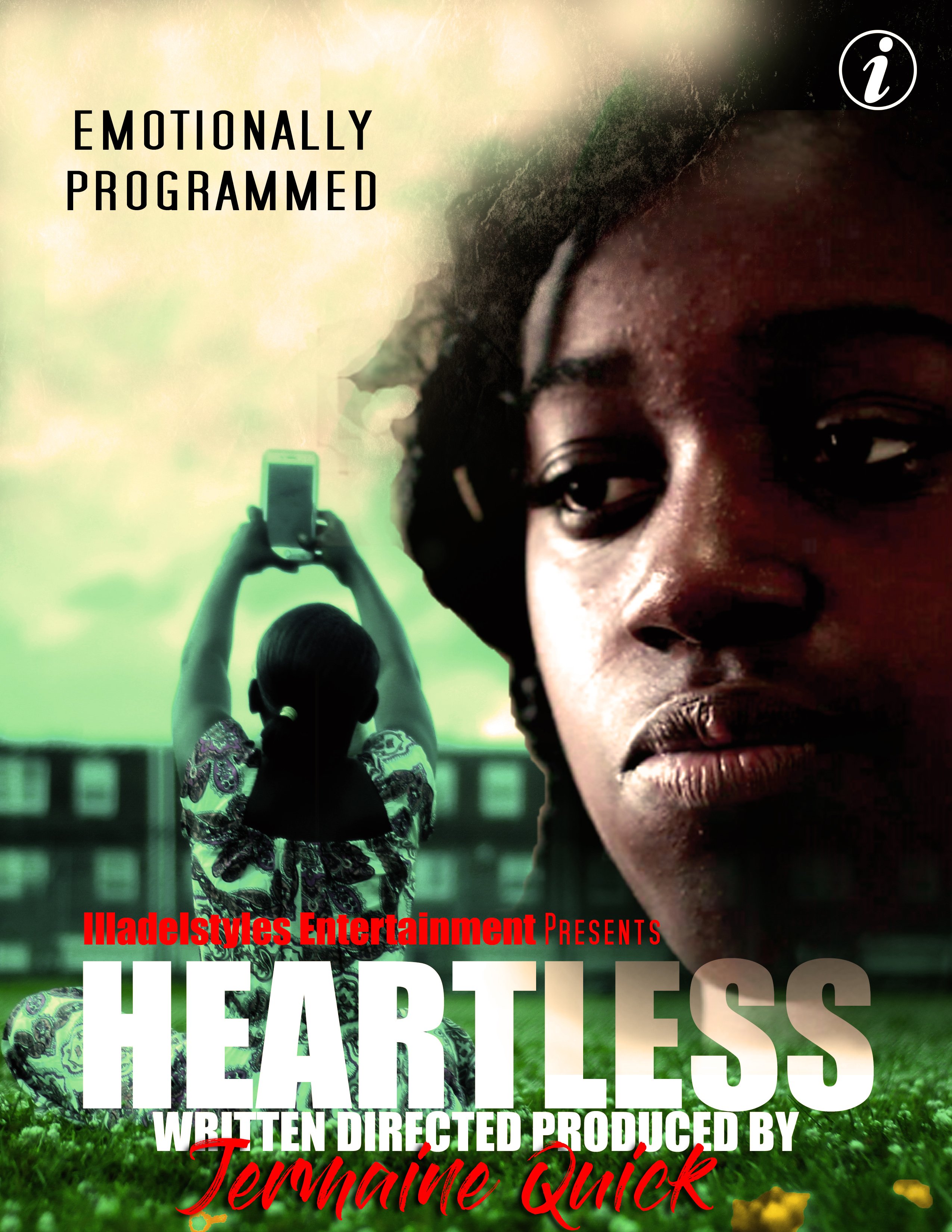 Who or what would you say are your current creative influences?

I love Jerry Bruckheimer. His films and TV series are intense and dramatic. I love his cinematography. Of course, I love Denzel Washington because the films he chooses fits his persona. (Stern but caring.)

Can you walk us through your creative process when starting on a new project?

I am very spiritual. When dreams hit my spirit, I move on it. I first take two to three months to write the script. In the process, I am envisioning people that will assist with acting and on set work. I set aside funding for stipends, extra equipment, and spaces needed for shooting.

Being a gorilla shooter, I have no limitations. Henceforth, I create a schedule to shoot, pick my actors and staff from various places, and we just go for the win and start shooting.

It’s hard at times but if you want to see the project completed, sometimes you have to step up and make it happen.

You work on so many different things, is there any particular kind of work or project that you love more than others?

I love the editing, soundscore, and filming process. Having that creative control allows me to express without limitations.

I loved Beat Street. It was the first urban dance film that gave me vision on how to shoot urban films and still show artistic value in the film. 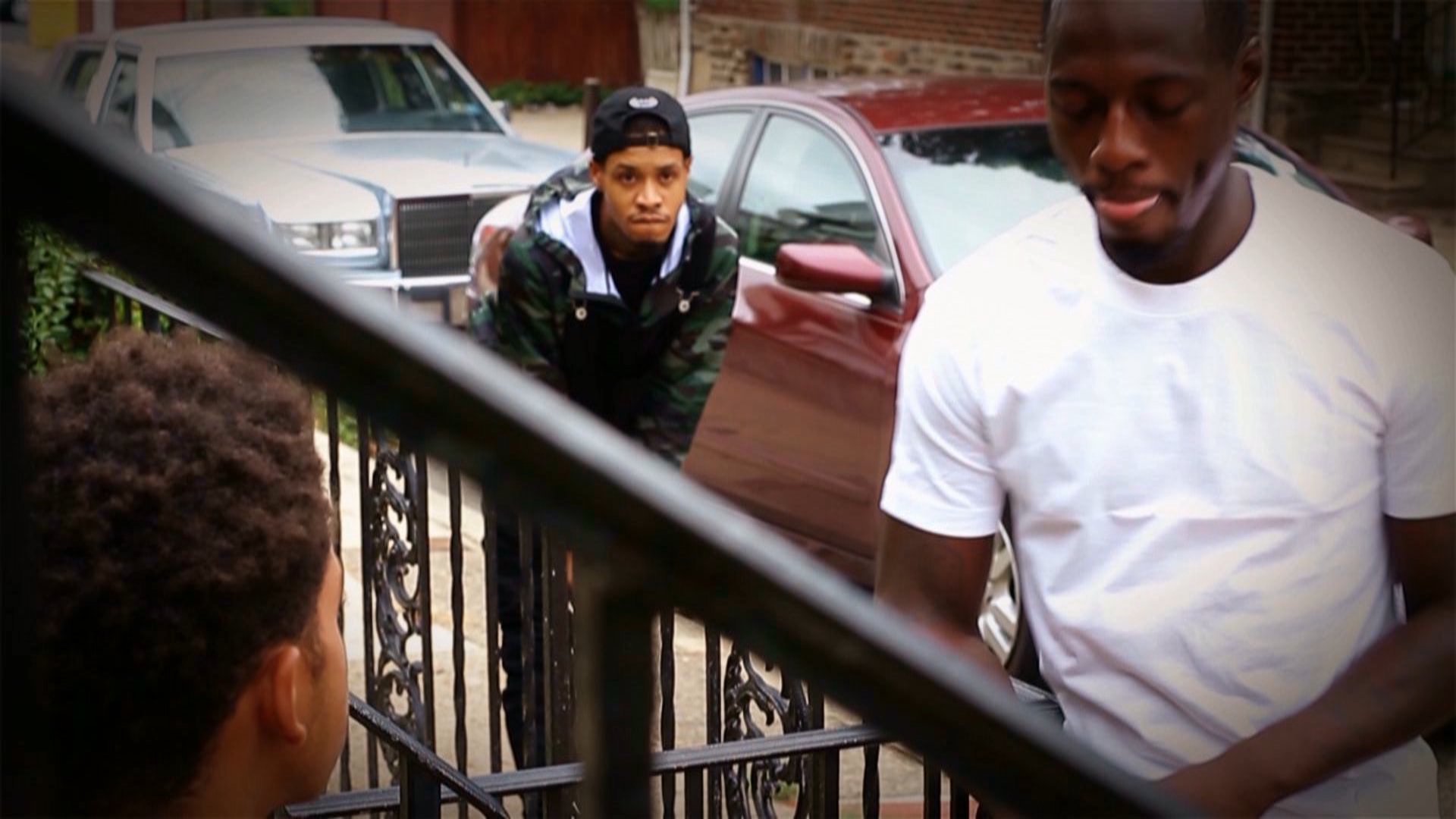 I just recently finished a short film called Entanglement. It’s about a female’s desire to use men for her guilty pleasures. It can be seen at www.illadelstyles.net/short-films My next feature film is called Broken Glass. No heavy details yet but we look to start shooting in Feb.

Would you ever be interested in working on an episodic series?

If the opportunity presents itself, I will shoot anything that is creative and has meaning.

LaCinda Trotter is a local Philly filmmaker on the rise. Her short film Death Saved My Life was just picked up by a distribution company. 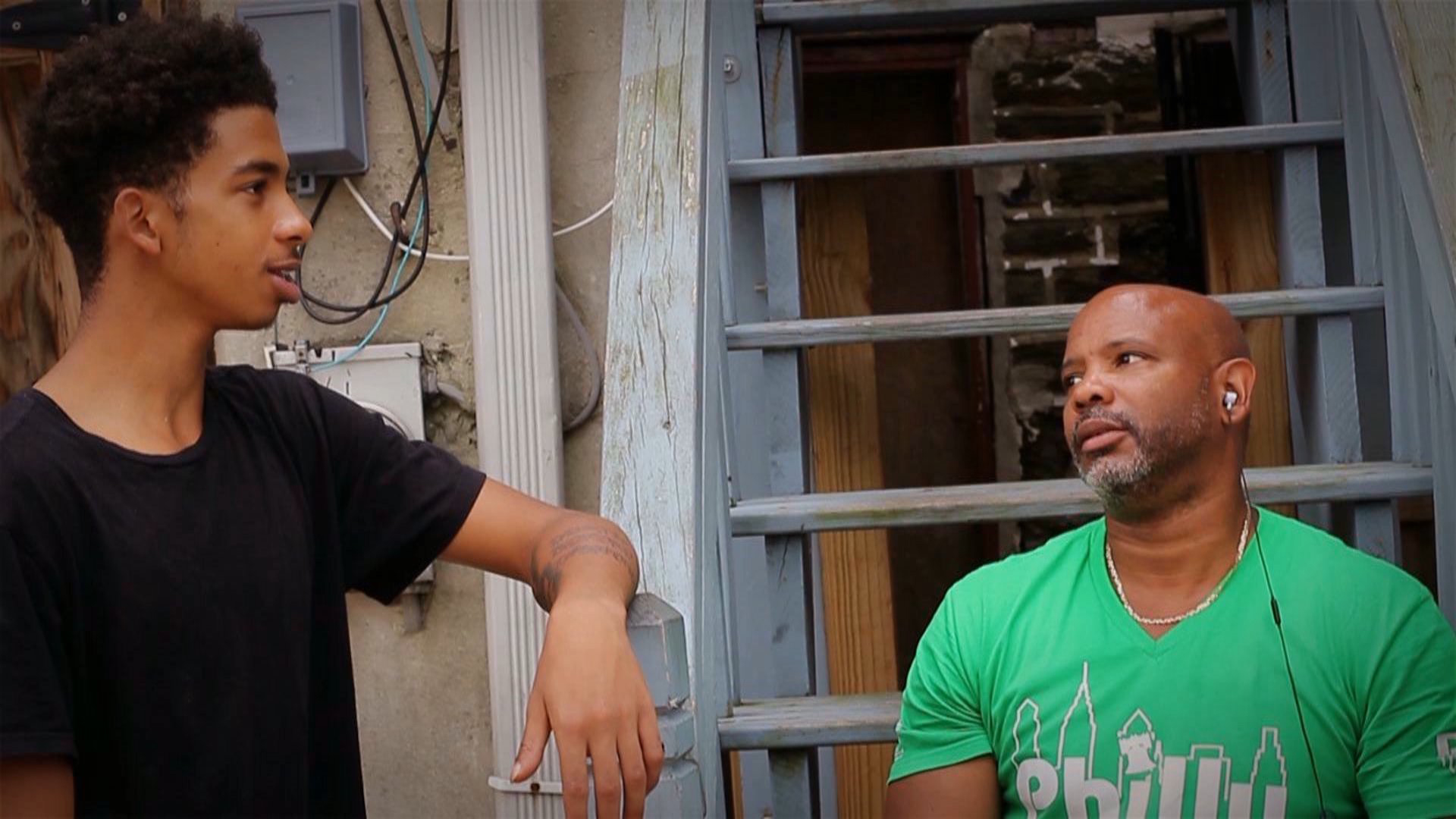 Do you have any tips for people considering a career in the entertainment industry?

It’s a new world! Learn new logic. Stay innovative. Dare to be different! Don’t let people put you in a box because the don’t have the ingenuity to keep going.

I like dogs because they are trainable? Cats are very wild and have a mind of their own.