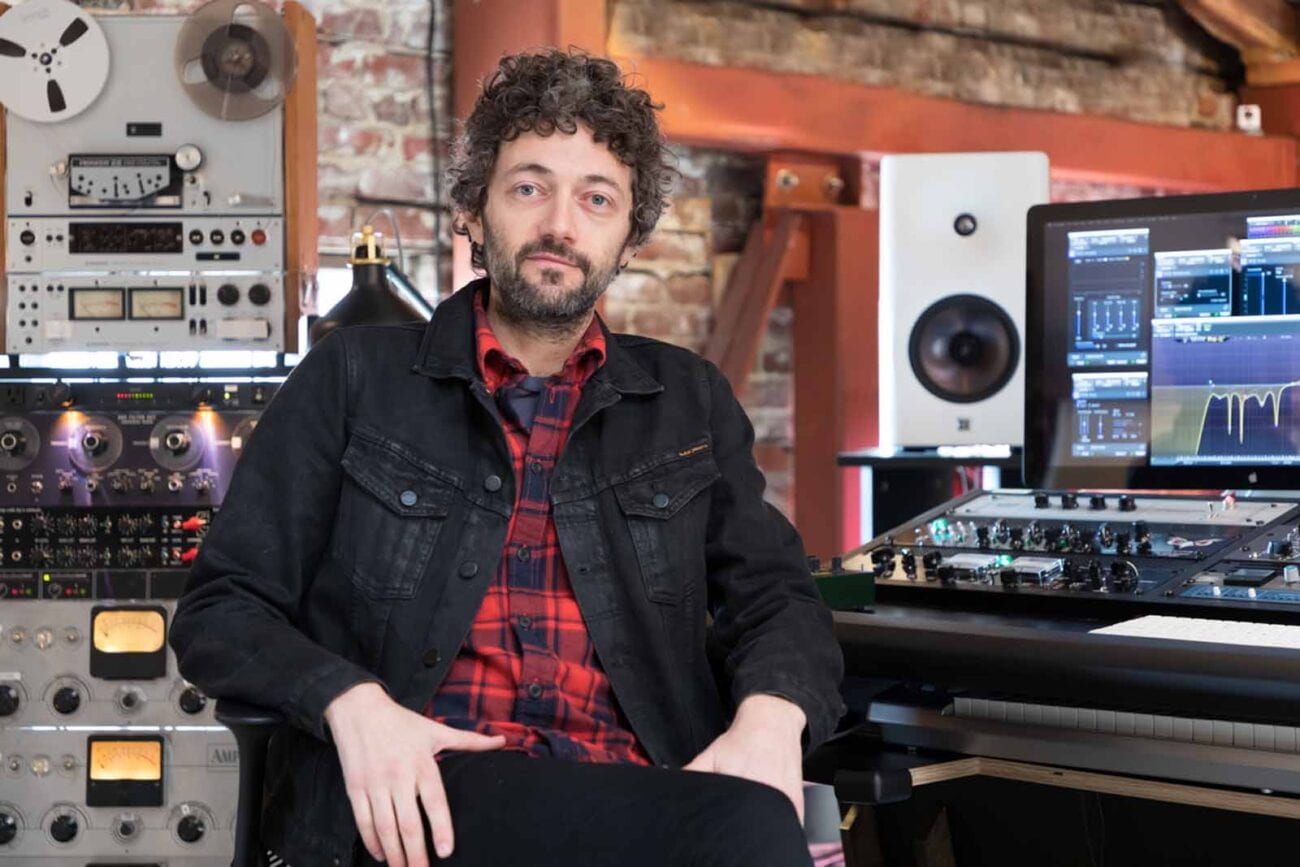 Jacob Bloomfield-Misrach is a supervising sound editor, re-recording mixer, and composer. He now owns the nationally spread post-production company IMRSV Sound. His company has worked with a number of notable clients including Marvel, Facebook, Google, and Apple.

Bloomfield-Misrach has also won multiple awards for his work including a 2016 Telly Award. In 2020 Crip Camp, a film Bloomfield-Misrach recently supervised the sound for won a Sundance Award too. Crip Camp was recently released by Netflix and the production company Higher Ground, owned by the Obama’s. Some of Jacob Bloomfield-Misrach’s other recently works include You Cannot Kill David Arquette, a documentary film, and 12 Hour Shift, a horror & thriller movie.

We were lucky enough to have the chance to ask Jacob Bloomfield-Misrach some questions about his work, his recent projects, and a few others things. Here’s what he had to say. 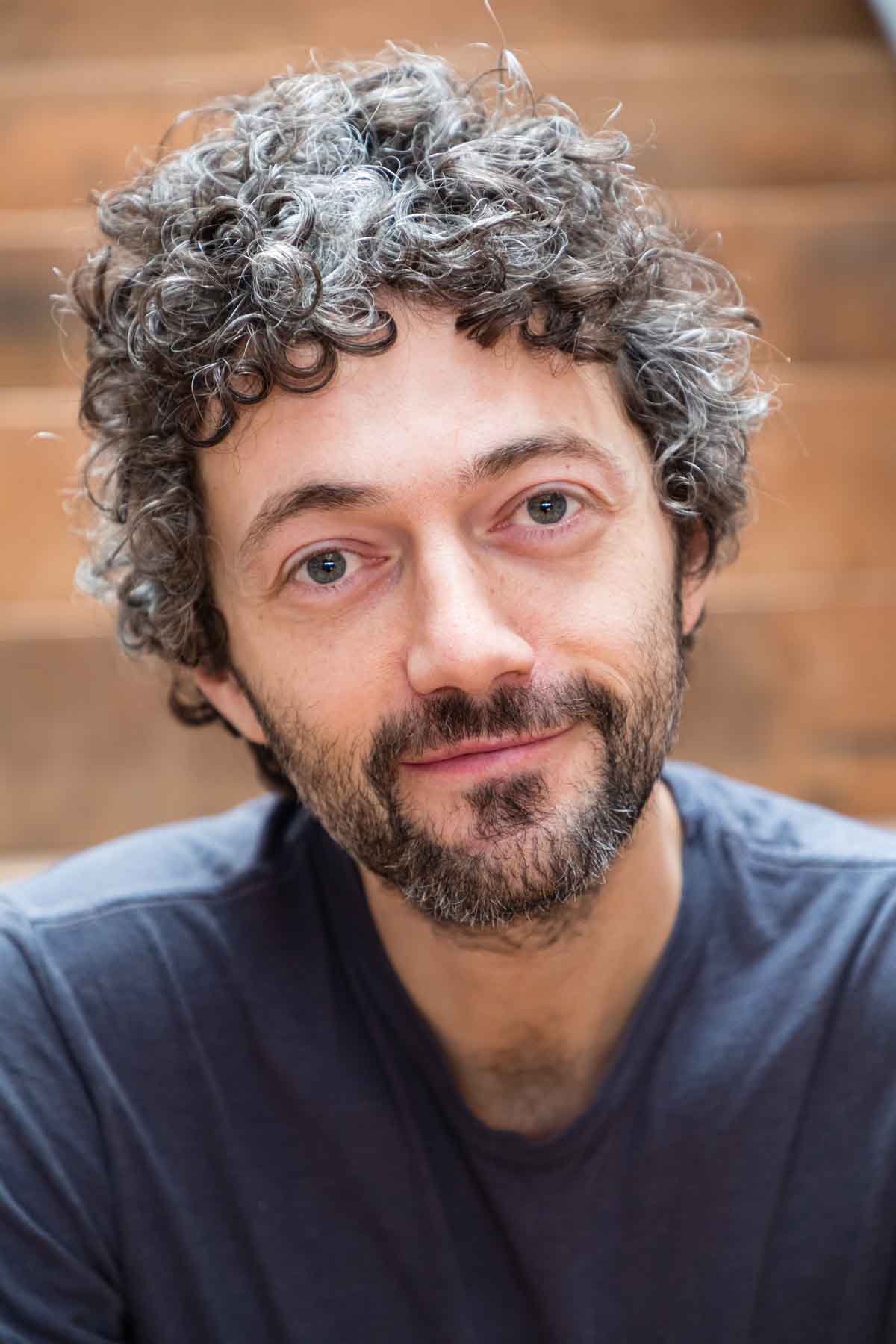 Tell us about your work as a mixer and supervising sound editor, how did you start your journey on this career path?

Quality of sound has always been very important to me. It could be the sound of a Radiohead record, the sound of a documentary film, or the sound of a walk through the trees. I’ve been fascinated by sound since I was 10 years old, and that led me to study music, play in bands, become a boom operator, edit dialogue, create sound design, score films, and mix them as well.

Can you tell us a little bit about your career before you started working in sound editing?

Tim Cleary is a great sound engineer and location mixer in New York. He works a lot on Saturday Night Live, and he brought me in as an assistant. He taught me a ton, and getting to work on the set at SNL was a game changer for me. Working in TV production at that level is unlike anything else. I was super into it, but I also started to get the itch for post production.

And before that, I used to sell guitars at Main Drag Music in Brooklyn. I actually learned a lot about sound by working there as well. It’s a great shop and they always had the best analog synth collections, which now I use quite a bit in my film scores.

For those who may not have a clear idea of what your job looks like, could you give a quick explainer on what you do as a supervising sound editor?

Sure thing. I’m the team captain. It’s my job to know what a film needs to sound like, and so I assemble the team (dialogue editors, sound effects editors, Foley artists, and rerecording mixers) and I make sure it all comes out sounding awesome. Luckily I already have my core team assembled at IMRSV Sound, so that makes my life much easier.

You’re also a composer. Can you walk us through your creative process when it comes to composing?

The first thing I do on every film score is procrastinate for a week. I don’t know why, but I simply can’t help it! Luckily a lot of other composers do it as well. There’s something important about letting your subconscious marinate on an idea before breaking into it.

The second thing I do is map out the general shape of the score. That could be tempos, instrumentations and key changes. Nothing rigid, but just a guideline to get from start to end.

And then begins the wrestling match; finding themes, throwing out themes, finding harmonic movement and throwing it all out, at least until something sticks. Once I find the core thread to a score, everything unfolds quickly and then it’s just a matter of lining up musical moments with picture edits. Scoring a film is like going to battle, but I love it so much!

How was working on You Cannot Kill David Arquette? What did you learn from the experience?

You Cannot Kill David Arquette was quite a ride. The team behind it is incredible. The directors David Darg and Price James were great to work with. Producer Christina Arquette did a fantastic job. Jordan Long and Matt Glass are amazing at making my job easier.

If anything I learned how important it is to work with talented people. Most of all, I have to say that David Arquette himself really surprised me. That guy has a lot of heart and a lot of fight in him. I don’t know any other human who is as dedicated and hard working. He gave everything to properly earn his way back into the ring. I have a lot of respect for that guy.

You’ve worked on both You Cannot Kill David Arquette and 12 Hour Shift, a documentary and a horror film respectively – how does your job change when working in such drastically different genres?

My job changes surprisingly little, because both films have the same goal. They need to finish strong and they need to create a connection with the audience. Supervising the sound for both of those films were guided by the same principles, so in that sense they are not so different.

That being said, the Arquette film needed massive arena crowds, while 12 Hour needed a hauntingly quiet hospital. The sound design we did was very different for both, but the guiding principles were the same. 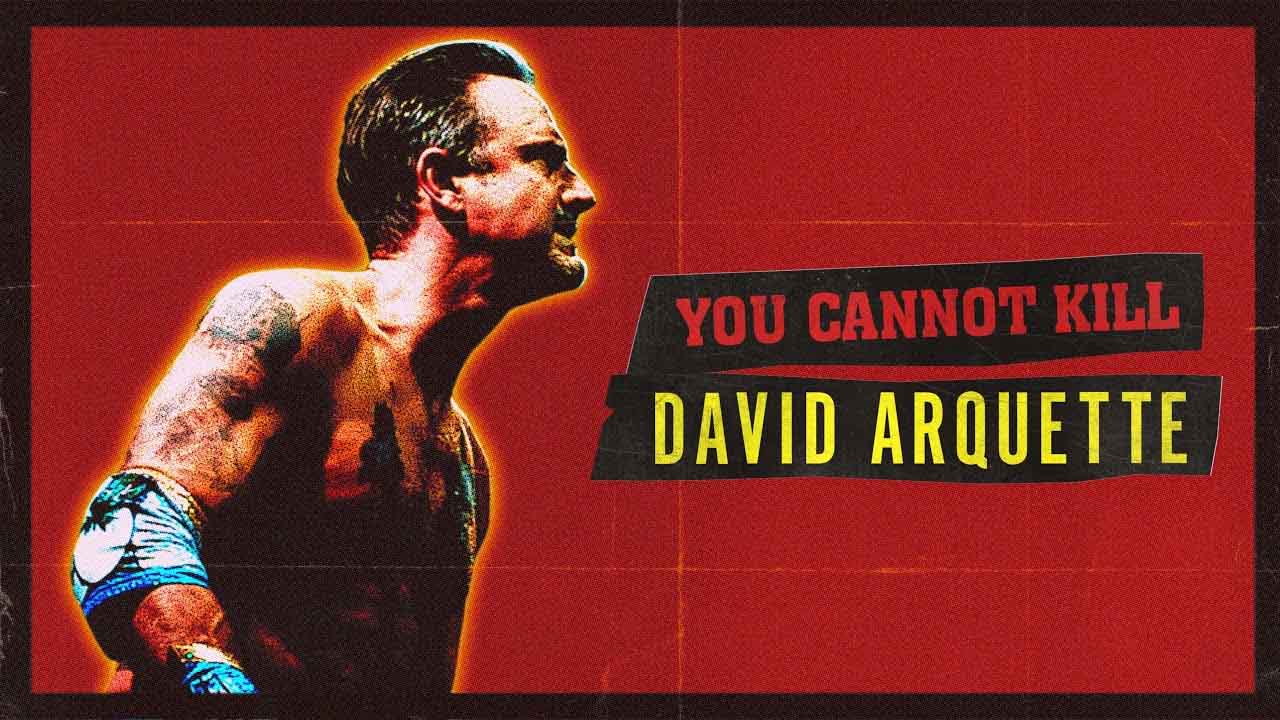 As a composer, who are some of your current influences?

Johan Johannson is an absolute favorite. His loss was a big one. Jonny Greenwood is incredible. I’m also a bit obsessed with the score for The Ozarks. Danny Bensi and Saunder Jurriaans did an amazing job with that show.

What part of your job do you get most excited about?

There’s a moment when you’re working on a film and some inexplicable emotional charge happens. It could be finding the perfect orchestral counterpart, or sound designing the perfect body slam, but all of a sudden the film leaps off the screen. The elements all merge into a perfect emotional moment. I live for those.

Do you have any tips for people who may be looking to start careers in either mixing or sound editing?

Say yes to everything. It was a personal life shift for me. I used to be stuck on the idea that my future was in bands. But one day I decided I would say yes to any opportunity that presented itself, even if it wasn’t very exciting at the time.

Within a couple of months I was offered a job as a boom operator. Holding a microphone in the air for 10 hours doesn’t sound very exciting, but it led me here. And honestly, it can be very entertaining to be a boom op. Just try to not laugh for 10 hours when surrounded by the funniest people in the world.

When working on films, what is your mission?

Sound and music live in the world of emotions. They are the guiding emotional force behind film. Take a scene and play happy music in the background and it’s an uplifting moment. Take the same scene and make the music dark and brooding and it becomes a different film. The sound mix and the score hold most of the power when it comes to the emotional content of a film. So my mission is to maximize that impact for every project I work on.

You own the post production company IMRSV Sound, and oversee at least 100 projects per year, how in the world do you do that?

Hahaha. I have no idea. I don’t sleep much, I can tell you that. I’ve also learned to delegate. I have an amazing team of dialogue editors, sound designers, and project managers that do a lot of the heavy lifting on each film for me. I also have an awesome scoring partner, William Sammons, who takes a lot of the burden off of the scores we do.

That’s a secret. Ok not really, but I’m launching a new branch of the company this year which I’m very excited about. Something to make our services more affordable to younger filmmakers and to lower budget projects.

I’d also love to write music for more narratives. I’ve been doing a lot of docs lately, which I love, but I want to get into some gritty narrative scores.

What one film would you recommend to people as an example of great sound mixing/editing?

I just finished watching The Mandalorian. They did an exceptional job with that. 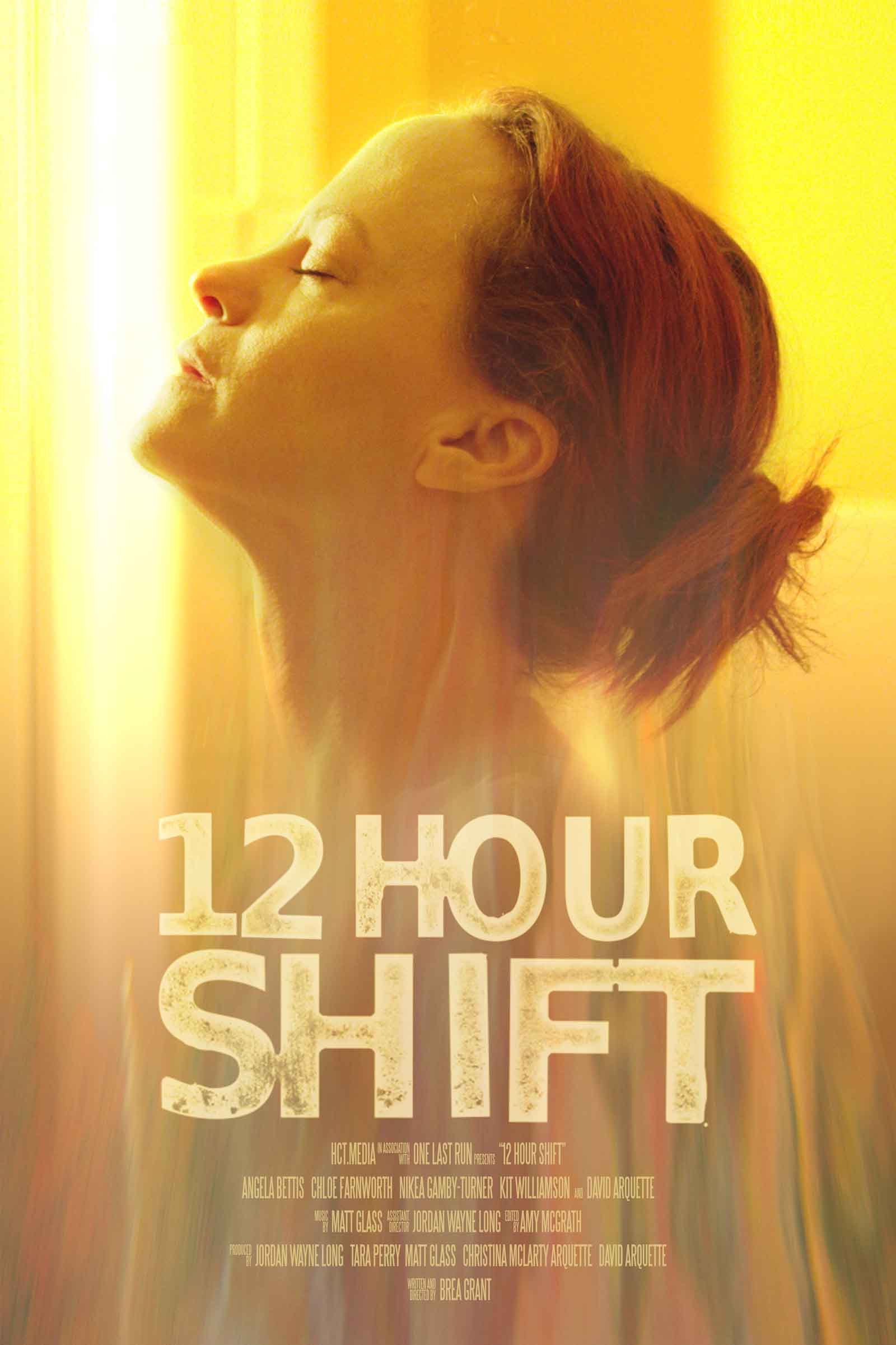 When you’re looking for inspiration, what do you do?

Honestly, I’ve never been at a lack for inspiration. Sound itself is so inspiring to me. The only thing I’m ever lacking is time. I have so many sonic ideas every day that I’m aching to explore, and I simply don’t have the time. So when I’m working on a film, that becomes my outlet to try new ideas.

Can you tell us about any of your upcoming projects? What are they?

I’m currently scoring a TV show about international bath houses. It’s pretty amazing actually. That’s been really fun. And I’m about to score a film about water resources in the United States. And we’ve got a doc about the Chicago Blues scene on the schedule for next month, and also some commercial work for Tiffany’s! It’s amazing how diverse our schedule is. It’s like that every month.

What is your all-time favorite movie?

James LeBrecht has been my mentor for the last few years. He’s incredible. Top 5 humans I know. Just a pure soul and super talent. I’d recommend that if you’re ready for a mentor, go find someone who is doing the work you want to do, and simply ask.

BUT, also figure out what you can offer them in return. Not money, but your time. People are busy. If I’m going to give up my time to train someone it has to also be helpful for me. Offer to prep sessions or do boring file management or pick up lunch. Help to make it a two way street with whatever you’ve got to offer.