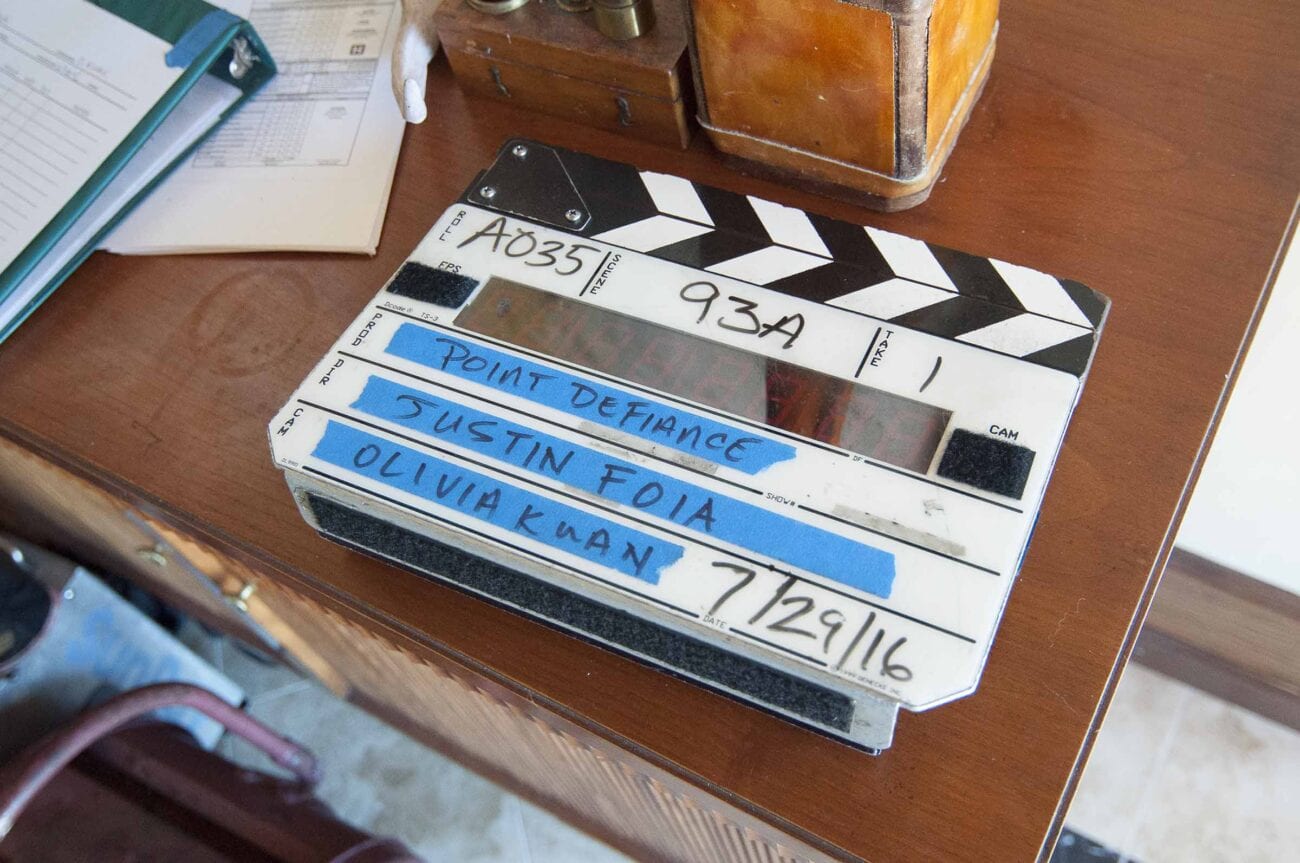 Justin Foia is breaking into the film scene in a big way with his first film Point Defiance. The movie is described as taut and suspenseful and follows Peter Allen (Derek Phillips), a stockbroker. Peter’s life is turned upside down when his younger brother Alex (Josh Crotty) comes back from military duty in Afghanistan while Peter is on house arrest. Peter ends up being forced to look into his brother’s secret past, whether he wants to or not.

We were given the wonderful opportunity to ask some questions of Foia – in regard to Point Defiance, and about filmmaking, creativity, and inspiration in general. His honest answers and insight into what it’s like to begin a career in filmmaking will make you excited to see his movie Point Defiance the first chance you get. 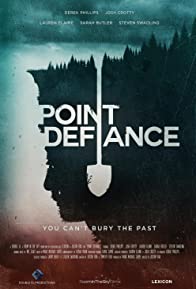 How did you come up with the idea for Point Defiance?

My brother and I had been toying with an idea for a film about two brothers for a while, with both of us wanting to explore our own dynamics and conflicts in a story centered around hidden guilt and unresolved familial issues. It was always intended to be twisty and haunting, but grounded in a relatable way regarding the siblings.

Obviously the location is rather central to the film since it’s part of the title, how did you choose the setting for Point Defiance?

My brother had been visiting the area on his way through Tacoma and told me about it.  The name sounded captivating. Like it was filled with a sense of portent and danger.  The coastline around the Puget Sound is both beautiful and foreboding, so knowing we would make it there, Point Defiance seemed like a poetic title. 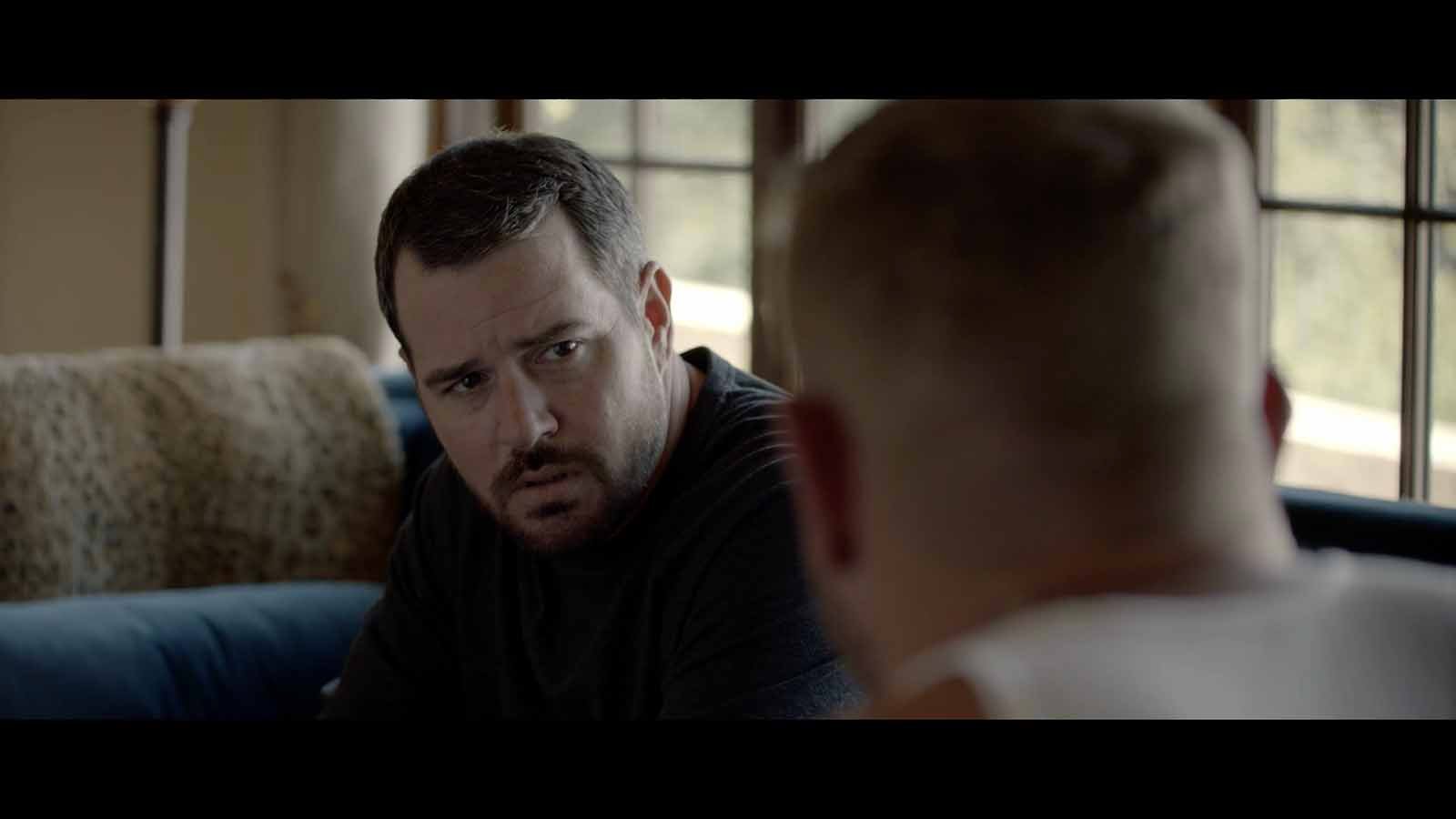 As both writer and director of Point Defiance what did the creative process for this movie look like? Was it different from other projects?

It’s my first film, so the process of actually making it was daunting to some degree.  But when you have a good crew the battle is half won.  I did storyboard a few sequences just to have that visual reference. Also, my DP Olivia Kuan and I spent a weekend blocking each scene so that we could approach it efficiently, since time is never on your side.

The followup film had way more locations so that one gave me a little bit of whiplash.

Is there anything you want people to know or think about before watching Point Defiance?

I think in the case of a movie like this one it’s best to go in with as little assumption as possible and enjoy yourself.  If you have too much insight into a thriller you can sometimes be preoccupied with “trying to figure it out”. So just go with it. I will say, the audience will be entertained by the performances and the presentation of the film. 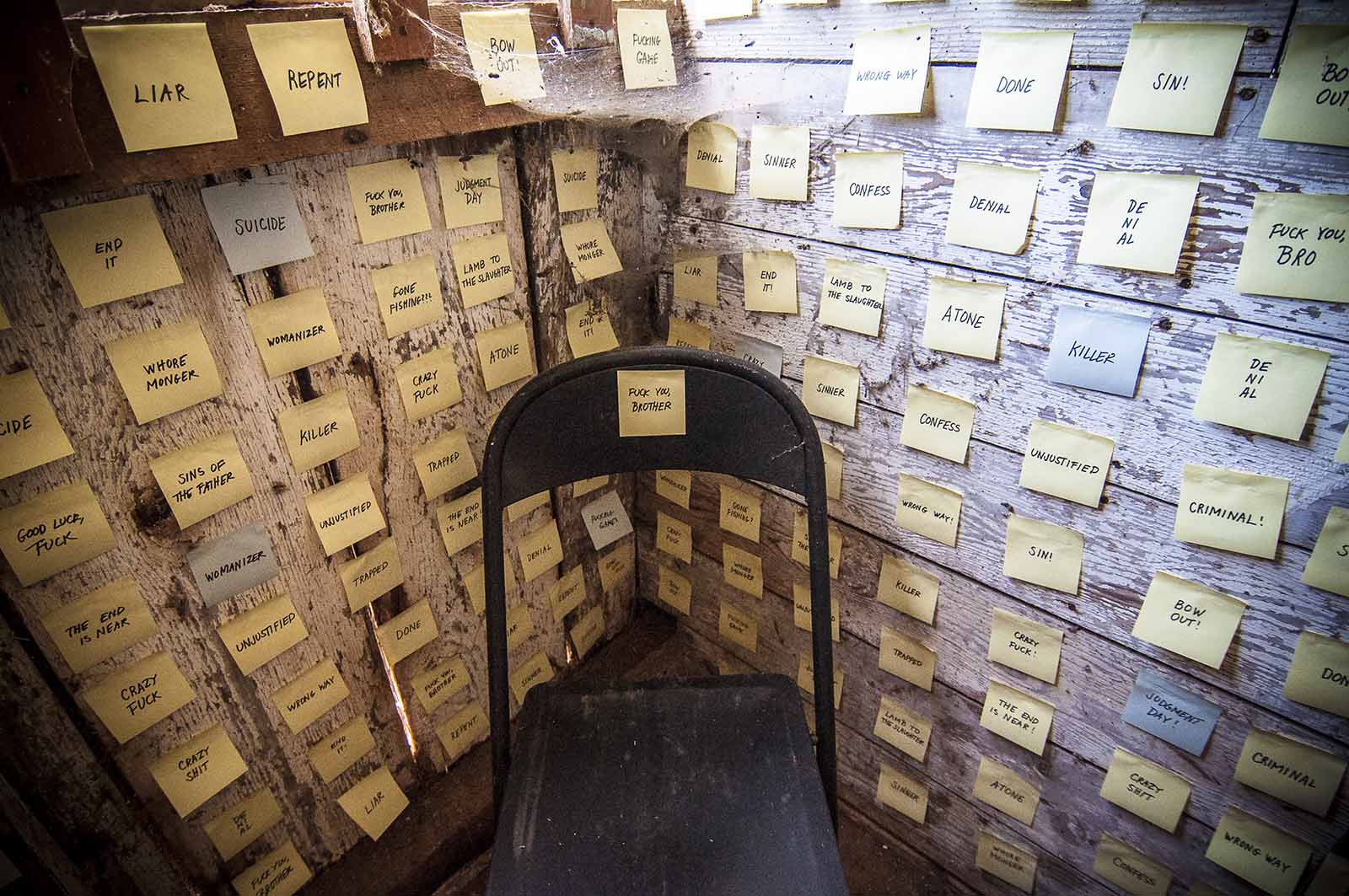 During the making of Point Defiance what was something new you learned?

Too many things to count. But I would say you should be prepared for the need to really communicate as much as you can to your actors and crew.  Don’t assume because you’ve made this film in your head that it’s going to just magically happen.  You will have to really say what you want.  Then be prepared for the universe to grant you pleasant surprises as you execute it. 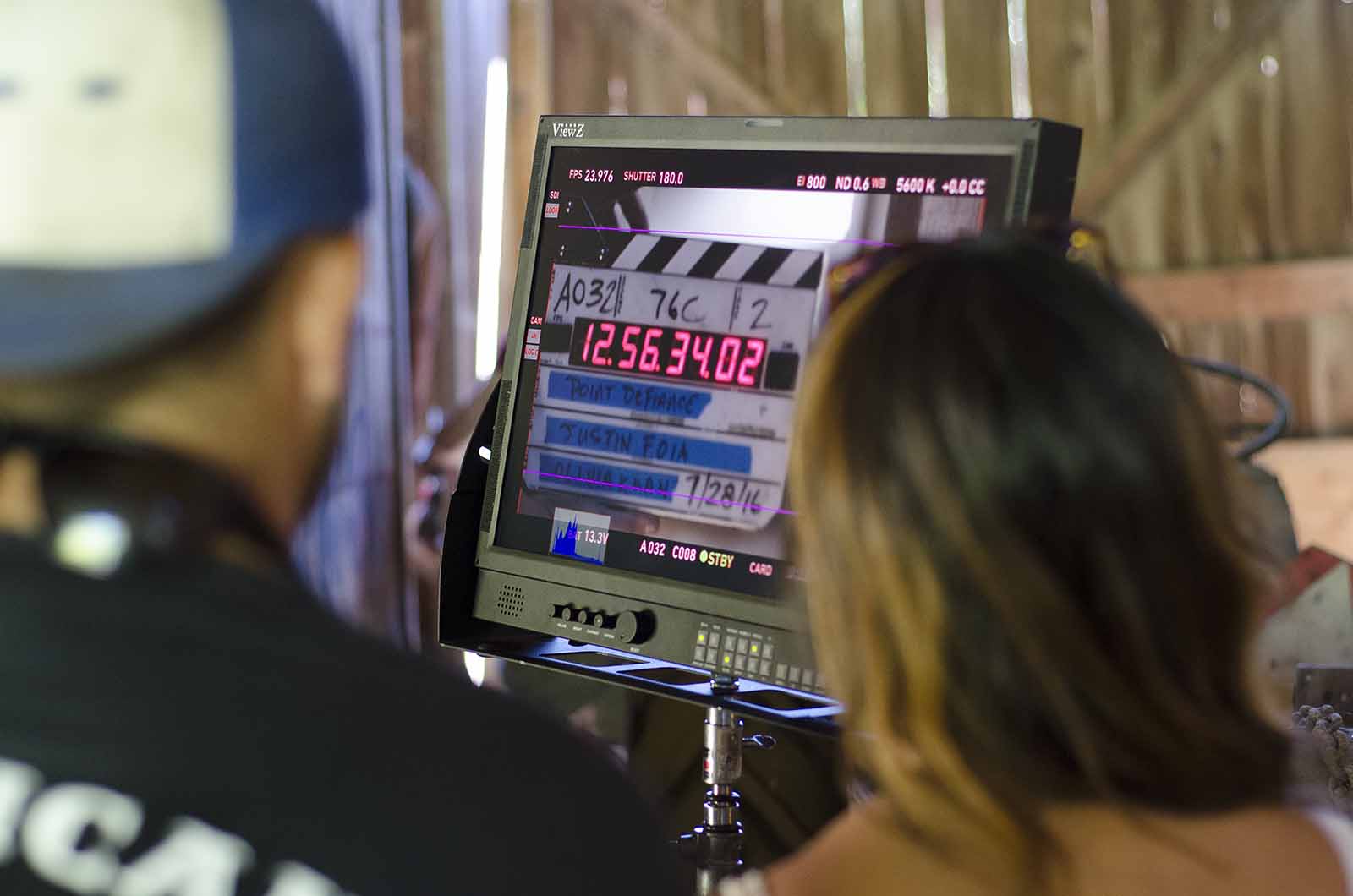 On filmmaking in general

I like making music, painting, writing. I majored in art. But filmmaking brings a lot of those interests together for me, so I have always felt predisposed to making movies. Getting into it is a lot harder than it looks. But there are so many ways for artists to go about doing it now.

What is your favorite part of the filmmaking process, in general?

Seeing something you wrote come to life is pretty rewarding. It’s also a little surreal. I like collaborating with creative people in the pursuit of actualizing the story and making something come to life.  I also love to see what I can do better the next time around. 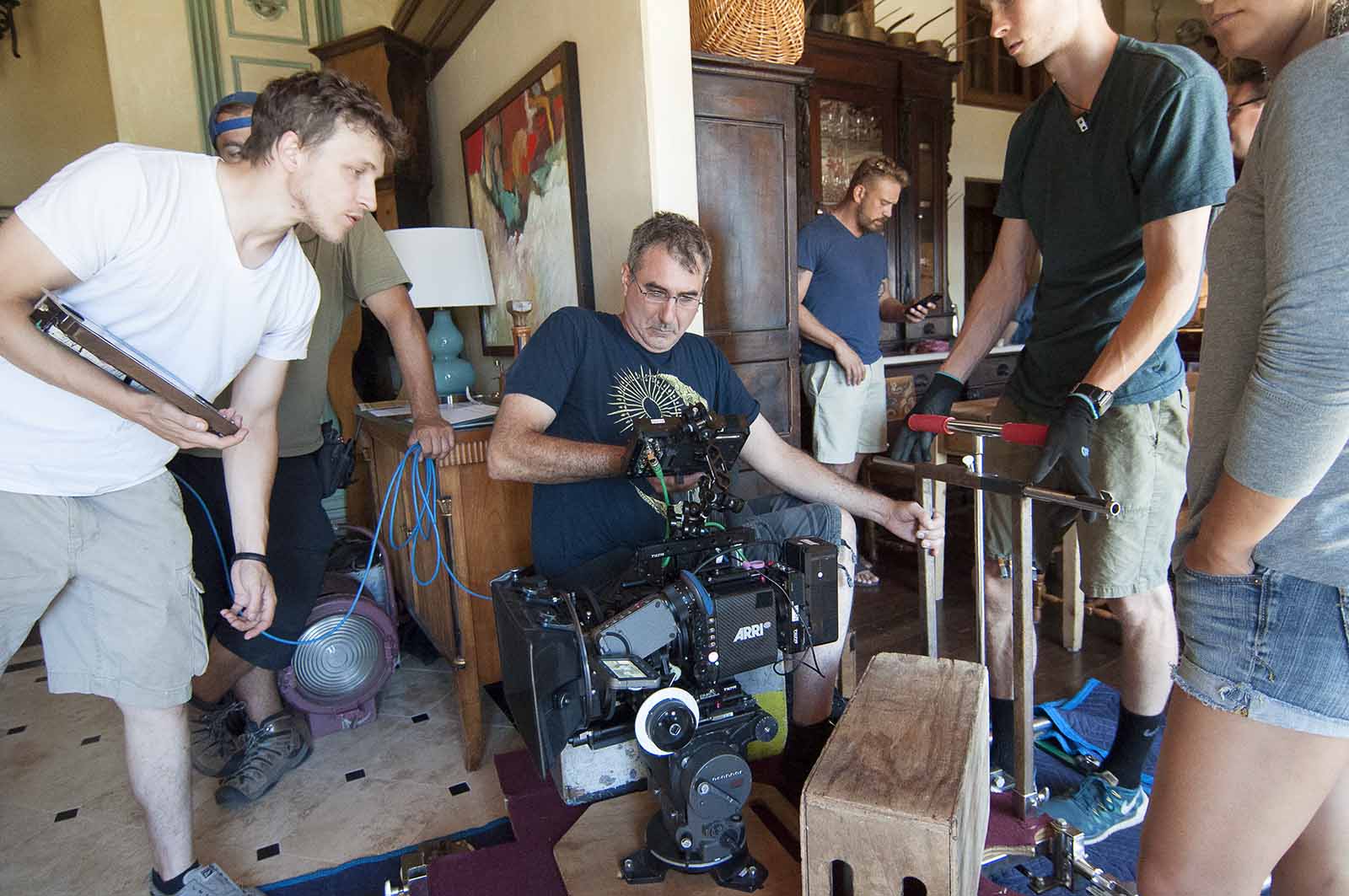 Do you have any tips for people who are trying to get into filmmaking?

The whole pursuit of making movies is really designed to grind you down, like a weird natural selection. There are more false starts and disappointments than there are wins.  So a lot of filmmakers will give up.  But if you love it, you’ll persist. Find good, creative partners that can help make you a better writer or director. Team up with collaborators that want to go the long haul with you – and don’t give up.

I want people to feel something visceral in terms of a reaction. That can be a feeling or a sense of clarity that comes after watching. And I want to make something indelible as an artist. Something that will stick around, but the mission should always be to entertain the audience. You can give them layers, but they should feel like they were entertained for their time.

Do you have any projects currently in the works you can tell us about?

I have several scripts that are always ready to go. My producing and writing partner Mark Sayre and I have an elevated thriller that is based on Sleeping Beauty. That one will be intense.

I would say I found great collaborative friendships that I still have to this day.  It’s about as close I have gotten to mentorship. I follow and reach out to people in the business and ask them questions all the time. Most people respond positively.  That can be very helpful. 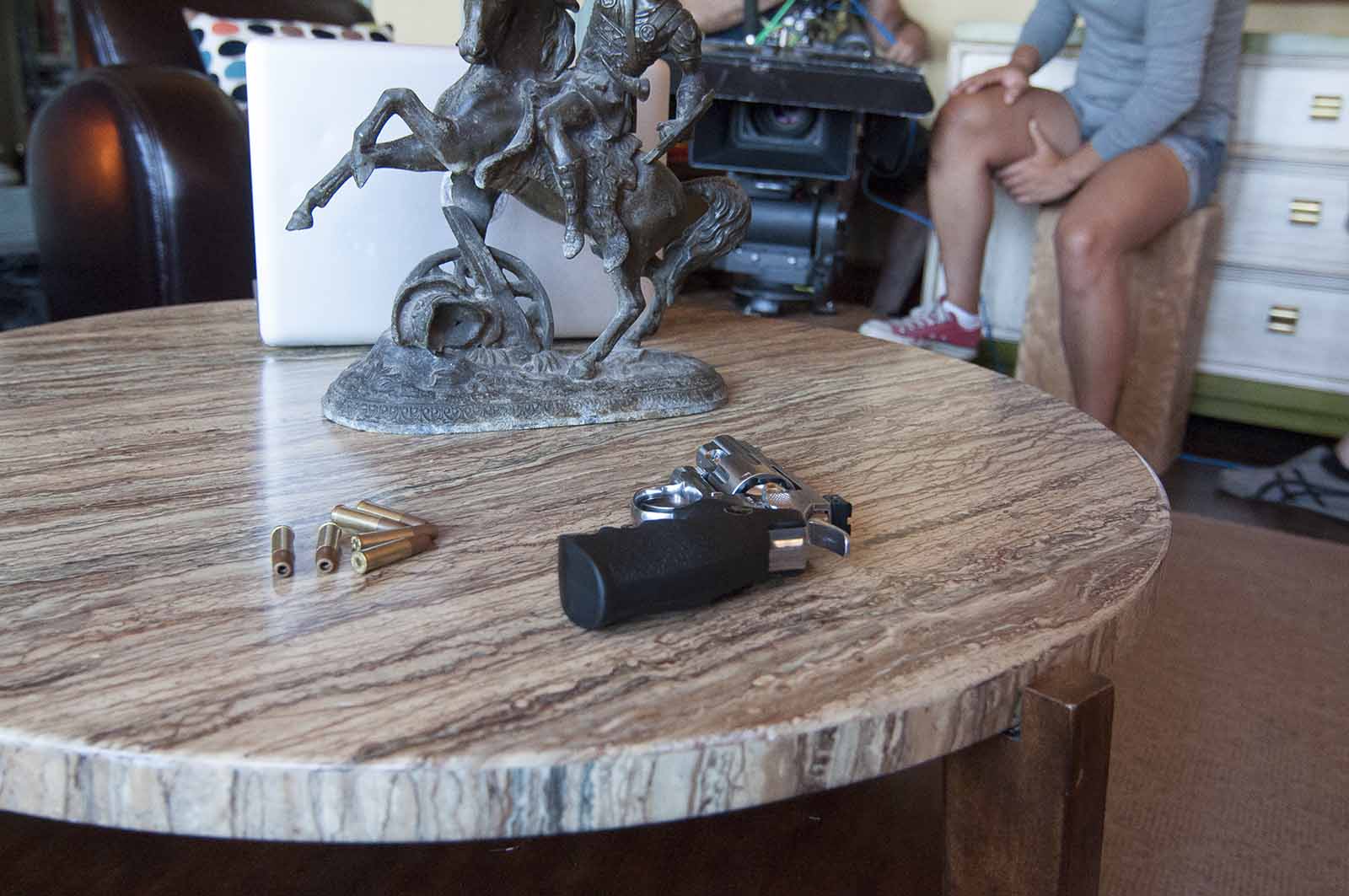 On creativity and inspiration

What is your go-to movie recommendation?

It may be cliché, but anything by David Fincher. His technical mastery is unmatched. I always learn something from watching his work.

What is your personal favorite movie you wouldn’t necessarily recommend to others?

If I like something I will recommend it. But say, for a feel good comedy that is just a modern classic for me: The Birdcage.

When you’re looking for inspiration do you have any music you listen to for help?

I like listening to Cliff Martinez soundtracks, and Max Richter’s work is great for getting into the mood of visualizing a story. Anything with a good soundscape.

You seem to have an affinity for dark thrillers, what draws you to the genre?

I love watching the protagonist get taken apart by the machinations of the thriller universe. I feel that no matter the extremes, we can relate to that fear of being out of control. I also love the visual canvas that a thriller allows you to play with. Same could be said for a good horror movie. 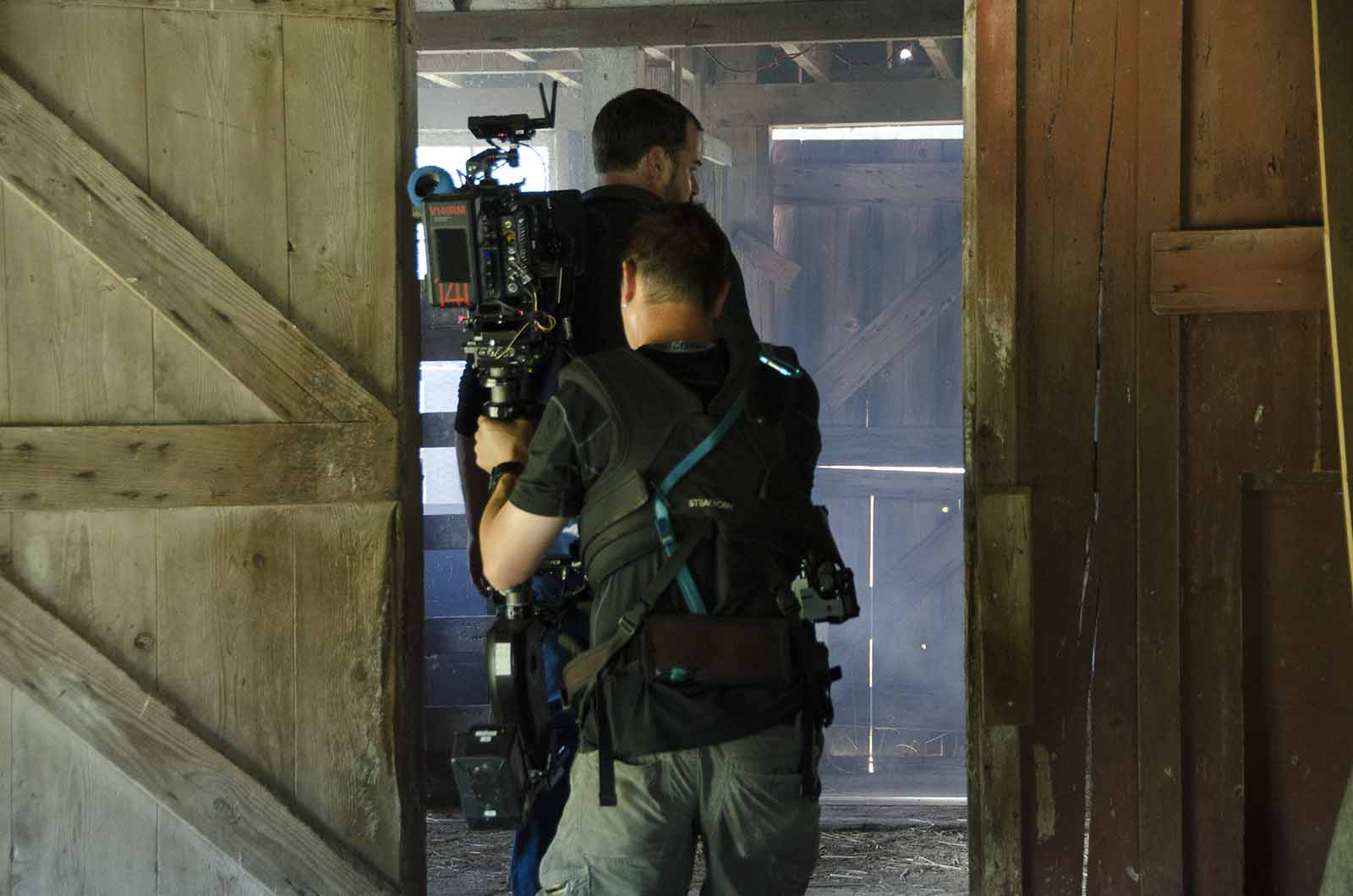 Watching movies is part of learning how to make movies, what was the last movie you learned something from, and what did you learn?

I rewatched No Country For Old Men recently, and was really in awe of the shot flow – how the camera guides the story so often in that movie when nothing is being said. It’s masterful. I love that pure visual language when paired with great pacing and performance.

What is your least favorite movie trope of all time?