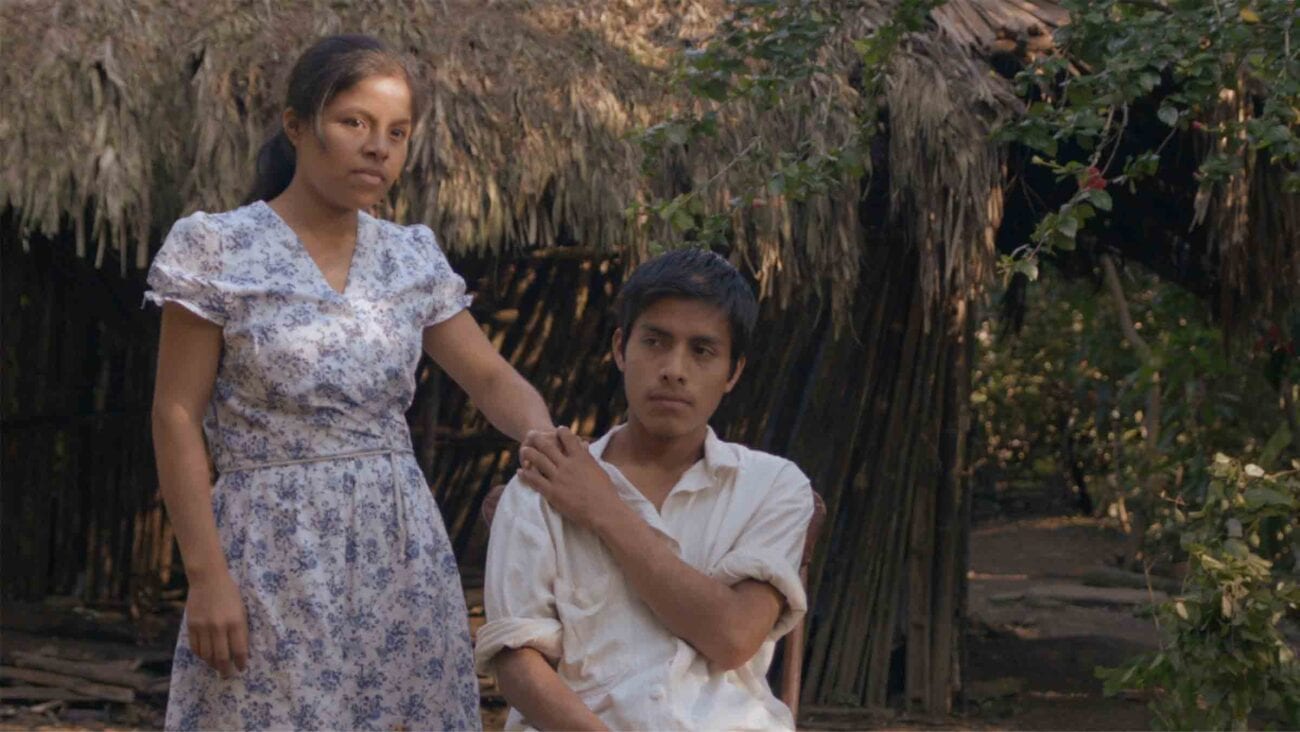 Interview with filmmaker Antonino Isordia Llamazares for his film ‘At’ Anii’’

At’ Anii’ (also known as Tu Amante or Modern Loves) is Antonino Isordia Llamazares’s new feature length film. It’s the first movie to ever utilize the language of Teenek. The film follows Lucio and Enedina who are happily married and live in the Huasteca Potosina jungle with their three kids.

Their loving and stable relationship begins to crumble, however, when the construction of a highly anticipated highway finally starts up. Part of the development requires workers from out of town to arrive, and one of the men, Juancho, begins to try and seduce Enedina. Soon rumors spread & the consequences aren’t pretty. You can watch the trailer here.

We had the wonderful opportunity to ask Antonino Isordia Llamazares about his film & and his career, here’s what he had to say. 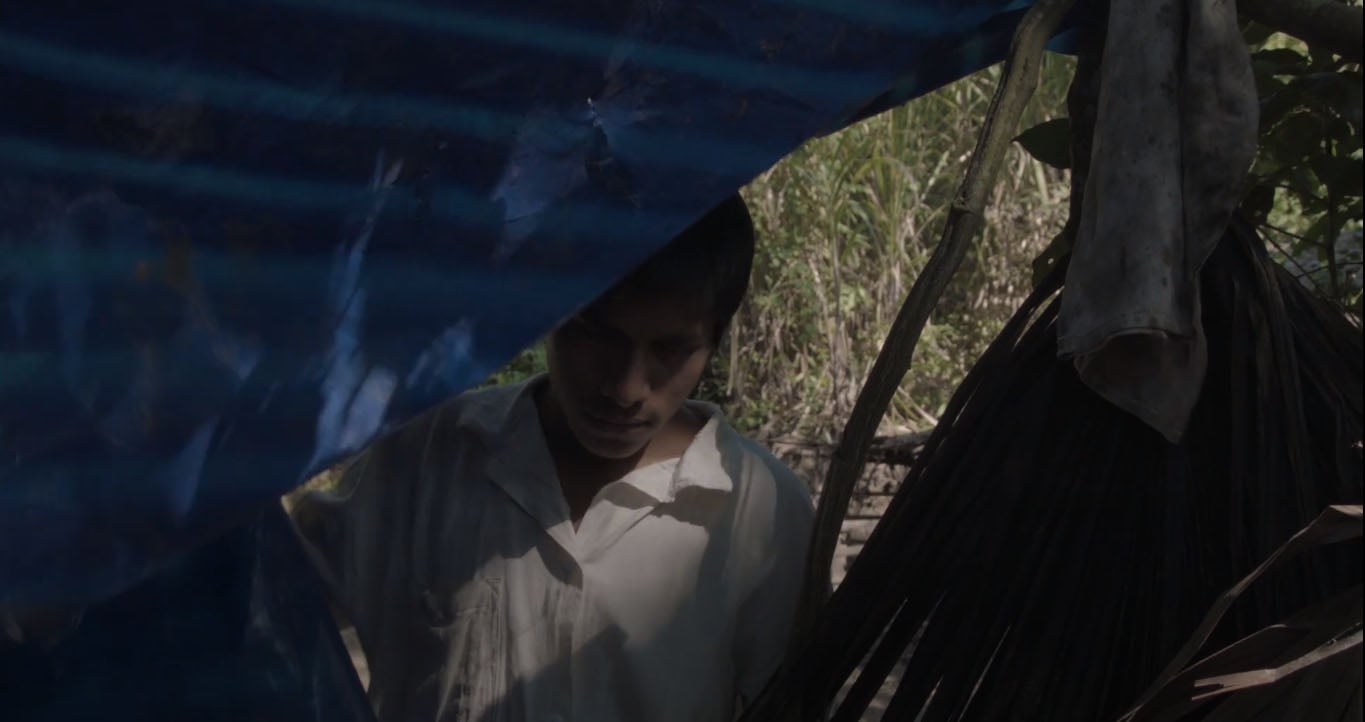 Can you tell us a little bit about At’ Anii’?

At’ Anii’ is the product of a community effort by the town of Teenek de Tamaletom, Tancanhuitz, San Luis Potosí, Mexico. The documentary was financed by the Ford Foundation Mexico and the Secretary of Culture of San Luis Potosí.

Where did the concept for At’Anii’ come from?

In At’ Anii’, the indigenous cosmovision is reflected through the conflict of the Teenek community with modernity. It also attempts to present the indigenous world as a union between nations that have different interrelations with each other, in addition to those that they have with the mestizo world. In this way, the concept to show the contrast between all these different values arose.

How was working on At’ Anii’? What did you learn from the experience?

It was an experience full of mysticism and spiritual denial. I learned that within the indigenous world there is an answer, a refuge, and a departure point from the enormous wave of depression that has engulfed Mexico in the last 20 years.

Is there anything you’d like people to know before watching At’ Anii’ or to think about while watching?

I would like to stress the importance of the musicality of a language that is in danger of being forgotten. Perhaps it will be one of the only times that they hear it spoken in their lives. The indigenous languages of Mexico are progressively disappearing. I hope viewers also appreciate the language as a beautiful and sonorous experience. 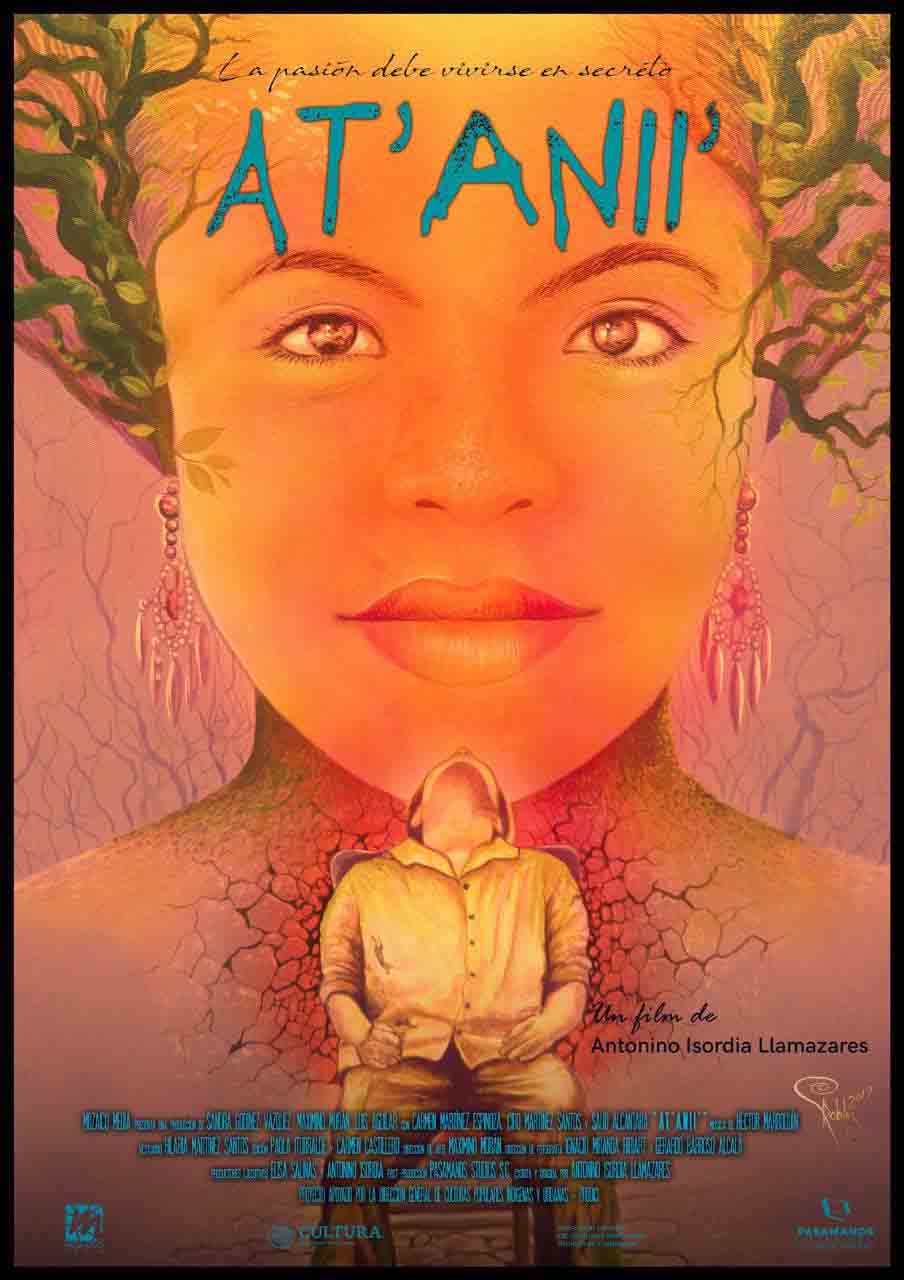 At’ Anii’ is the first film ever made in the Teenek language, why did you choose to do this, and why is it important?

The Teenek language is disappearing. Promoting the language via contemporary art is a way to help preserve it from being forgotten. Teenek, just like any other language, changes over time and by recording the way it is spoken today is of vital importance to future generations that wish to speak the language.

I want to expose viewers to other realities that have been systematically ignored. The reality of indigenous towns is one of these. In this way, my filmmaking becomes a form to access worlds that are being forgotten.

I was born in Xilitla San Luis Potosí, where I personally coexisted with the surrealist phenomenon of the architecture of Edward James. Since I was a child, I became accustomed to living on the one hand with the life of the jungle and the indigenous towns, and on the other hand with visual artists and intellectuals from all over the world who came to visit my house ever since I was a child.

At a young age, I studied cinematography at CCC, and I’ve never looked back. Cinema has been my only form of artistic expression. I have made both fictional and documentary films. I have also collaborated on other projects as a sound engineer.

Little by little, I became more focused on making documentary films. My feature length documentary 1973 won Best Director at the XX Festival Internacional de Cine in Guadalajara, MX. Through working on a documentary in a huasteco town about an astrologist that worked with the ancient Teenek civilizations, I began to learn At’ Anii’.

I began making short films while at CCC and I embarked on different adventures with other young directors of my generation (during the 90s). In this way I was able to explore the world through the cinema of my friends. I eventually began my own projects and worked as a director of film and television. For 16 years I directed the documentary series Mexico Nuevo Siglo by the historian Enrique Krauze. I also have three full-length documentaries: 1973, Los Niños Devoran Lobos, and Solsticio de Invierno. 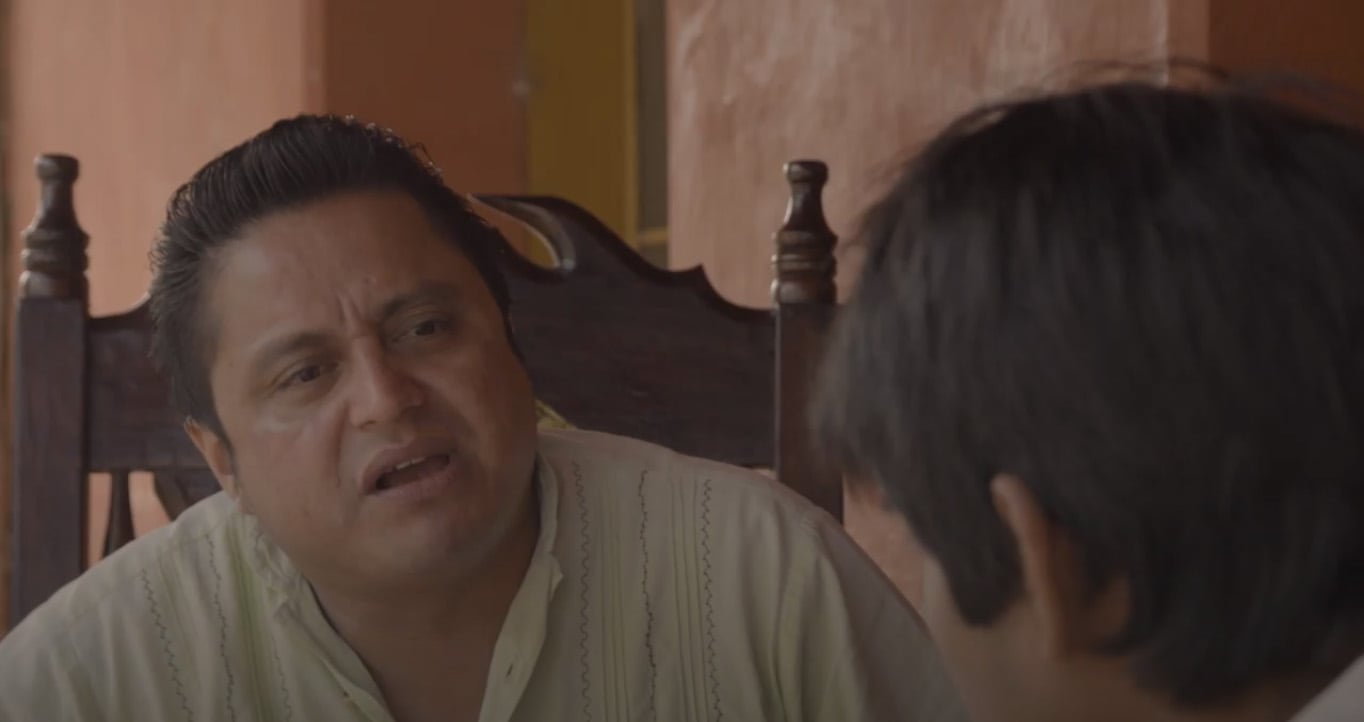 Can you describe what your creative process looks like?

I always involve myself in themes that I’m familiar with. I’m not a fan of filming subjects I don’t know or which I’m not interested in. At the time that I’m impacted by something or fall in love with something, I begin to make a script, first consisting of random phrases and later whittling it down into something more concrete.

What part of filmmaking excites you the most?

I love to arrive at a set and to see it function as a creative apparatus for cinematic dreams. I love the feeling and its complications. I realize at this point, that fiction and documentary film are truly distinct. In documentary film, you explore the voice and the gaze of your characters. In fiction, you construct the situation.

There are certain roles I prefer to not engage in. The editor is one of those. The producer is another. But occasionally I do involve myself actively in the filming, in the script, and in sound design because I feel a strong inclination towards these roles.

I’m also a big fan of animation. I also feel that the rise of vloggers is part of the future of film, since we can now film ourselves without the need of anyone else. YouTubers are a prime example of this phenomenon. It was just a few years ago that this idea was incomprehensible.

Don’t fail to explore all aspects of film. Don’t make movies about subjects you aren’t familiar with. Write as many scripts as possible. Write in the metro, while you’re waiting for the stop sign, before sleeping or while you’re having breakfast. But never stop writing. 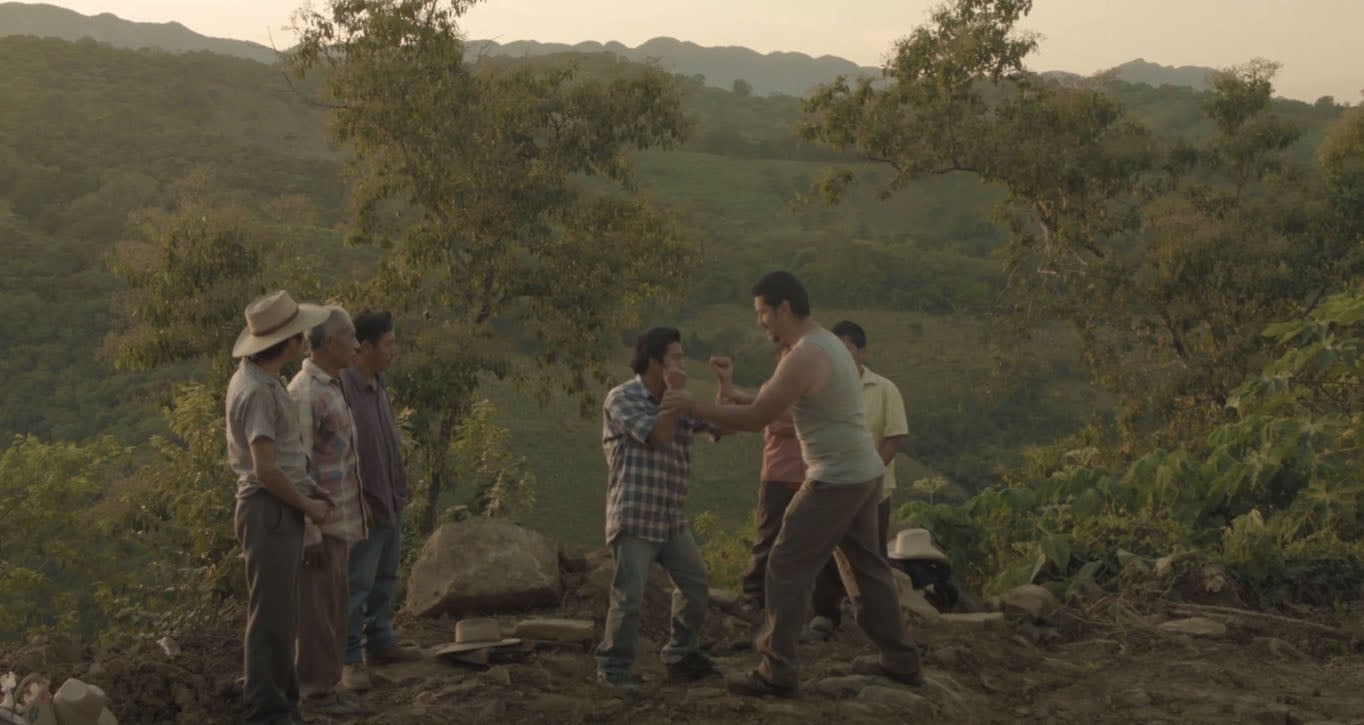 All kinds. Sometimes I surprise myself by imagining scenes with reggaeton music or with cumbias. But I also have the generational vice of minimalism.

What is one movie that made you want to get into filmmaking?

I’m about to release the full-length documentary film Ciudad Perdida about Ciudad Perdida de Tacubaya. I’m also currently beginning a documentary series titled Nosotros about the history of the indigenous languages and towns of Mexico. 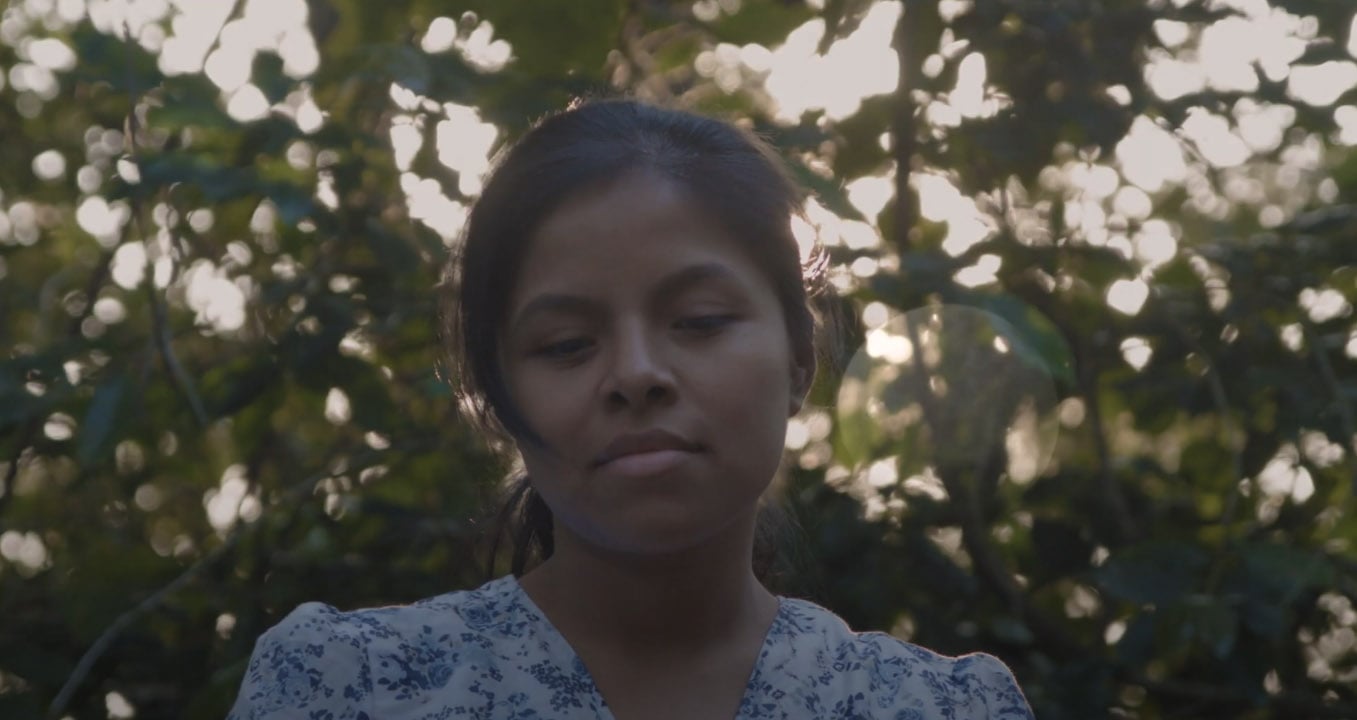 To release the first five parts of the series Nosotros.

What’s the last movie you watched and what did you learn from it?

Amy, The Girl Behind The Name is a splendid use of archival material, constructing a personal and intimate story.

This is the most difficult questions! You can crucify me for my answer: None of the above, animals should be free!