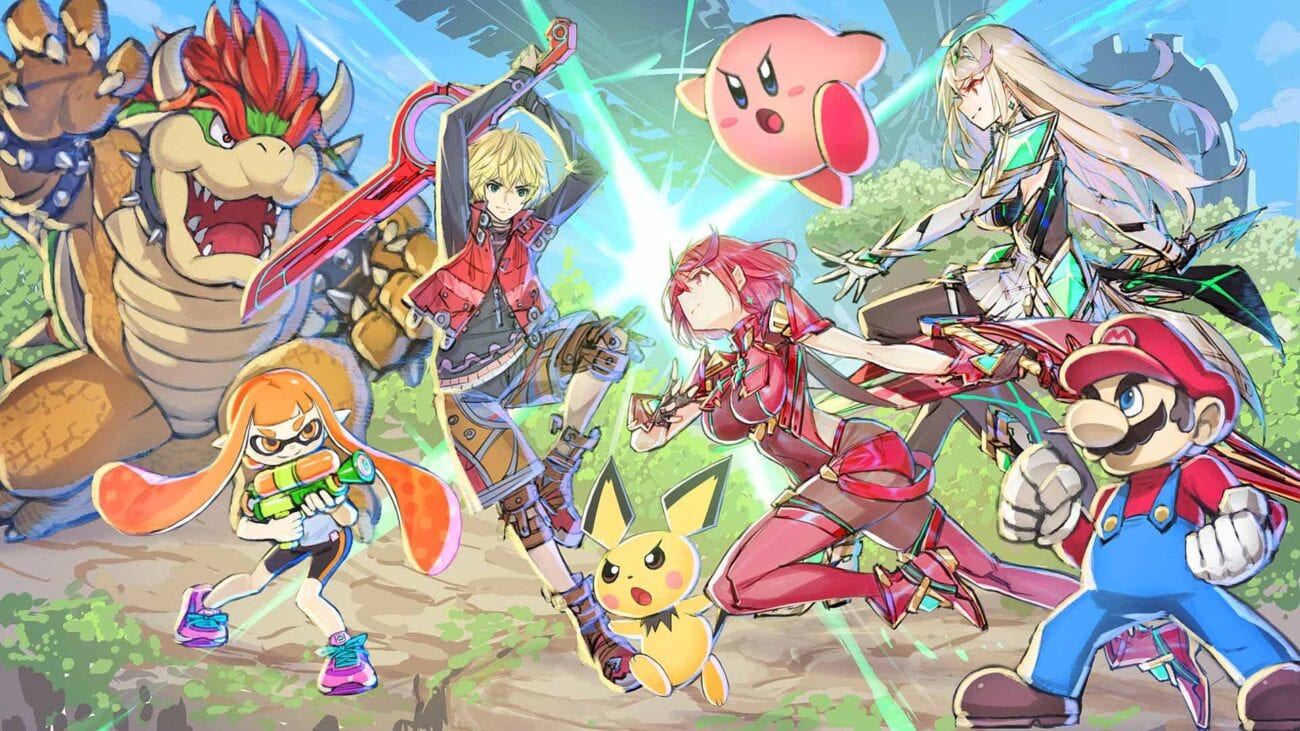 “Another anime swordfighter”: The best ‘Smash Bros.’ memes about Pyra

However, we, too, can’t help but shake our heads at game developer Masahiro Sakurai for the latest Smash Bros. fighter additions. Yes everyone – it’s yet another anime swordfighter.

Yesterday during Nintendo Direct, Xenoblade Chronicles 2 character duo Pyra & Mythra were showcased as the next Super Smash Bros. Ultimate DLC. The collective sighs of the Super Smash community are audible to all.

Reactions to such news have been largely negative with Bloomberg’s Jason Schreieter sarcastically tweeting, “Finally, Super Smash Bros. gets an anime character with a sword.” Others shared their disappointment too saying the new additions to the Smash roster were “weak”, even deeming Pyra the “lamest possible character.”

We wouldn’t go that far – at least Pyra isn’t another anime sword fighter from the Fire Emblem series. (Though we can’t help but say adding Xenoblade Chronicles characters is equally a yawn.) Pyra is simply lacklustre after the breathtaking addition of Final Fantasy 7 icon Sephiroth (though he is also, admittedly, an anime sword finger.)

To process Pyra’s entrance into Super Smash Bros. Ultimate we can think of no better way than to gather a prime selection of salty Smash memes. Turn your frustration into laughs – we promise it’ll be a smashing good time. 😉

We know that the phrase used in the trailer for Pyra’s entrance was “Pyra Blazes into Battle” but we like this one more.

ANOTHER BORING ANIME SWORD FIGHTER??????? i HATE you sakurai, you clearly dont care about adding interesting characters to smash brothers, if this is what you think of us smash fans, then this is what i think of YOU. pic.twitter.com/wP3wW5Woc3

This Twitter user clearly has it out for Sakuri. We’d rather smash our Nintendo Switches than play this new Smash character.

I will say it was a huge missed opportunity for Smash to add a new Xenoblade character and not have it be the lobster guy from X pic.twitter.com/NGlyidaOKq

Can we replace Pyra with this lobster guy from Xenoblade Chronicles? That little guy would certainly make a splash. His attacks would all come from melancholic zingers.

Me after when Pyra join smash

Yet another anime sword fighter pic.twitter.com/5vuCbCD66R

After reading news about Nintendo Direct on our phones, this is pretty much the exact expression on our faces – especially when Pyra’s name came up.

Some Smash fans – particularly Xenoblade Chronicles lovers – are, of course, content with Pyra. All of our whining must sound so trivial to them.

Me when another Anime Sword Fighter gets announced🥱 pic.twitter.com/tslwDDeysj

Is there any real reason to be upset about Nintendo’s lame sword character picks anymore? We’re numb to it like Squidward already.

Nintendo had so many options with all these new games coming to the Nintendo Switch. From the addition of Steve from Minecraft to Super Smash Bros., we know Nintendo has the ability to think outside of the box. Just imagine playing an Impostor from Among Us on Smash – wouldn’t that be rad? But no, we get Pyra. 👎️

“Who do you think the next Smash fighter is?” pic.twitter.com/VsIONUbTvB

Pyra swooping in has crushed our high hopes like this giant boulder. So many good characters to choose from – laid to waste. 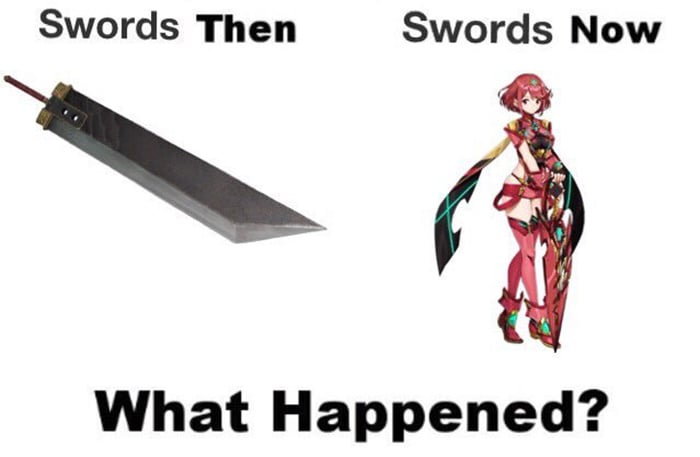 We can’t help but also poke fun at Pyra for that ridiculous looking sword. FF7 fighter Cloud has a way classier sword.

What do you think about Pyra joining Super Smash Bros. Ultimate? Let us know in the comments.