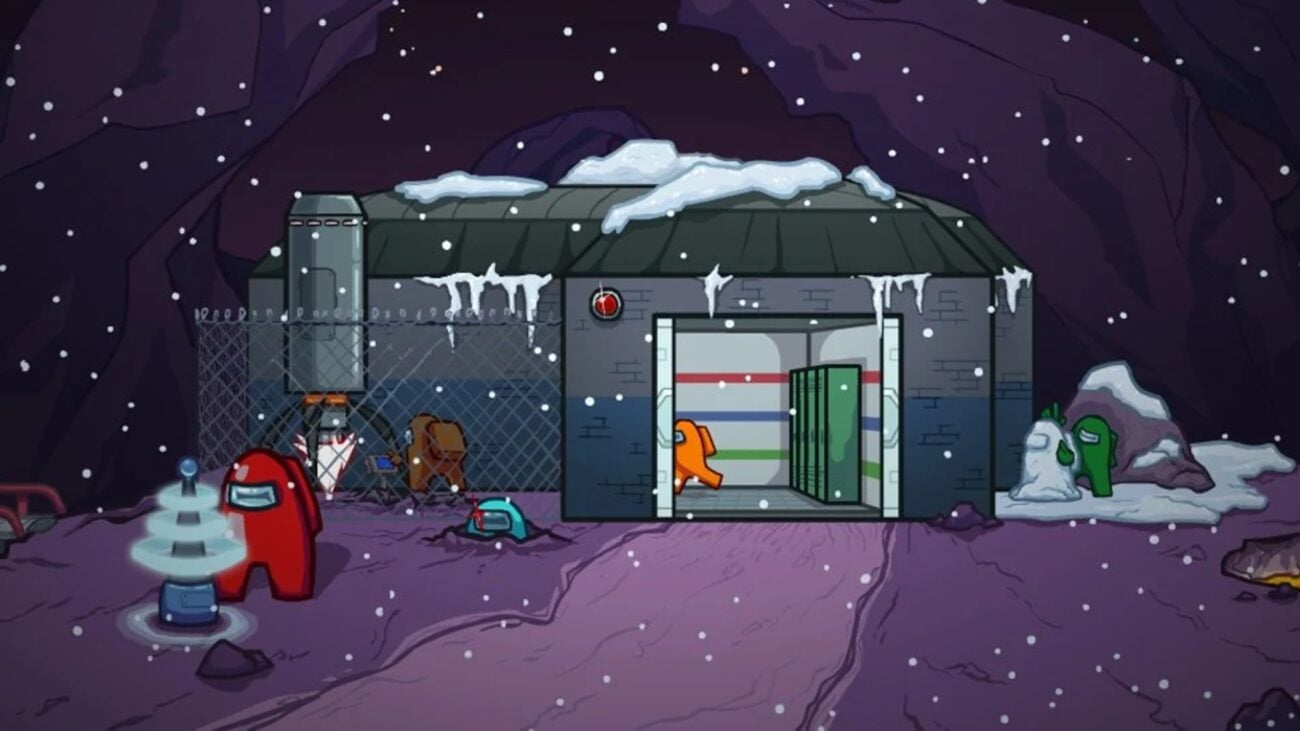 Among Us is the social deduction game that kept us entertained through a global pandemic, made our brains tingle with fun & intriguing challenges, and simultaneously, achieved tremendous success & fame along the way. The addictive game has become a significant part of our quarantined lives.

With the explosive rate at which the game has been gaining popularity, Among Us creators have been having a tricky time in keeping up with the demands of the ardent fans. A sequel to Among Us was announced & cancelled last year due to unknown reasons.

In place of Among Us 2, InnerSloth – the indie company behind the multiplayer game – decided to rework the original version of Among Us, fix bugs, and add new & exciting features. The major overhaul of updates are set to release in “early 2021” as teased by the gamemakers. 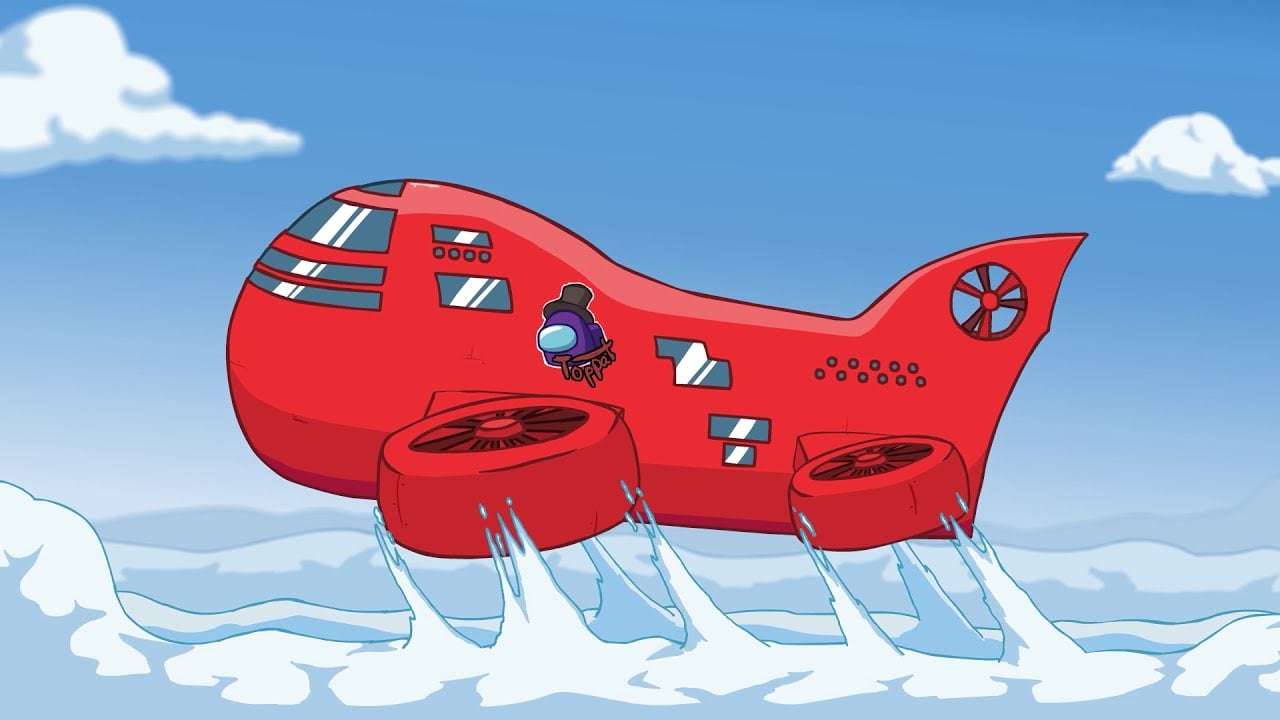 One of the upcoming additions to Among Us is a new map called the Airship, rumored to take the largest stage in the game trumping existing maps like The Skeld, Mira-HQ or Polus. The Airship is based on the Toppat clan’s airship in the Henry Stickmin series, another set of games by InnerSloth.

Fans have been eagerly anticipating the new Airship map in Among Us but since InnerSloth teased its first-look at The Game Awards 2020, there hasn’t been an announcement for the release date yet. Despite the wait, we’re excited to see the Airship, so here’s a look at all the information regarding the upcoming features in Among Us including the new map, the Airship. 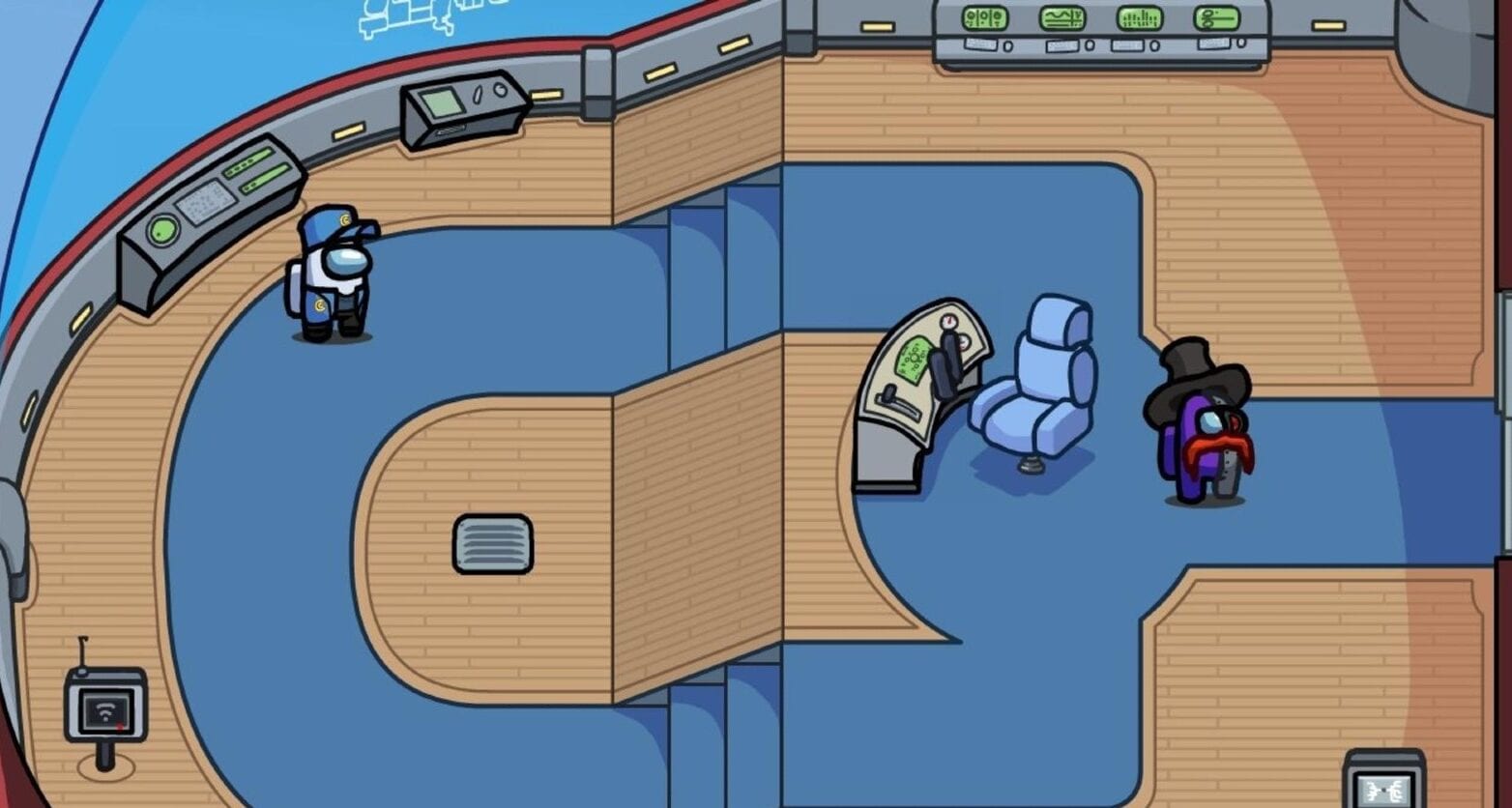 On January 19th, InnerSloth released a roadmap of all the incoming updates in Among Us. The fourth map of Among Us is set to debut several new mechanics & tasks to learn for the crewmates including cleaning a giant gemstone, yanking a bag of trash out of a bin, and much more.

The Airship is seemingly large – larger than its preceding maps, with seventeen rooms. Some of these rooms are the Cockpit, Viewing Deck, Medical, Gap Room, Meeting Room, Lounge, Armory, and Showers. 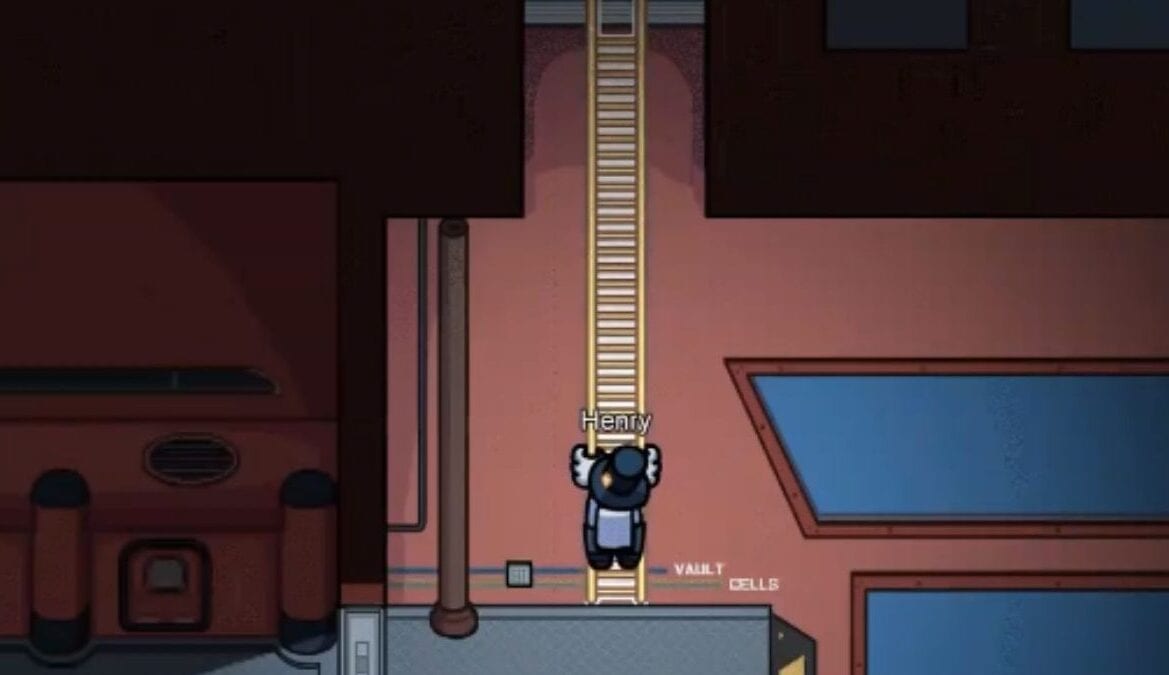 The new Among Us map also features never-before-seen shortcuts & traversal methods like ladders and floating platforms. Players are going to have a lot to look forward to in the Airship.

Another exclusive feature of the new map is the room-selection feature after Among Us Emergency meetings. With this new feature, instead of starting the game in the meeting room, the crewmates have a choice to start from different locations. We have a feeling the Airship might lead us to interesting & sneaky impostor/crewmate strategies. 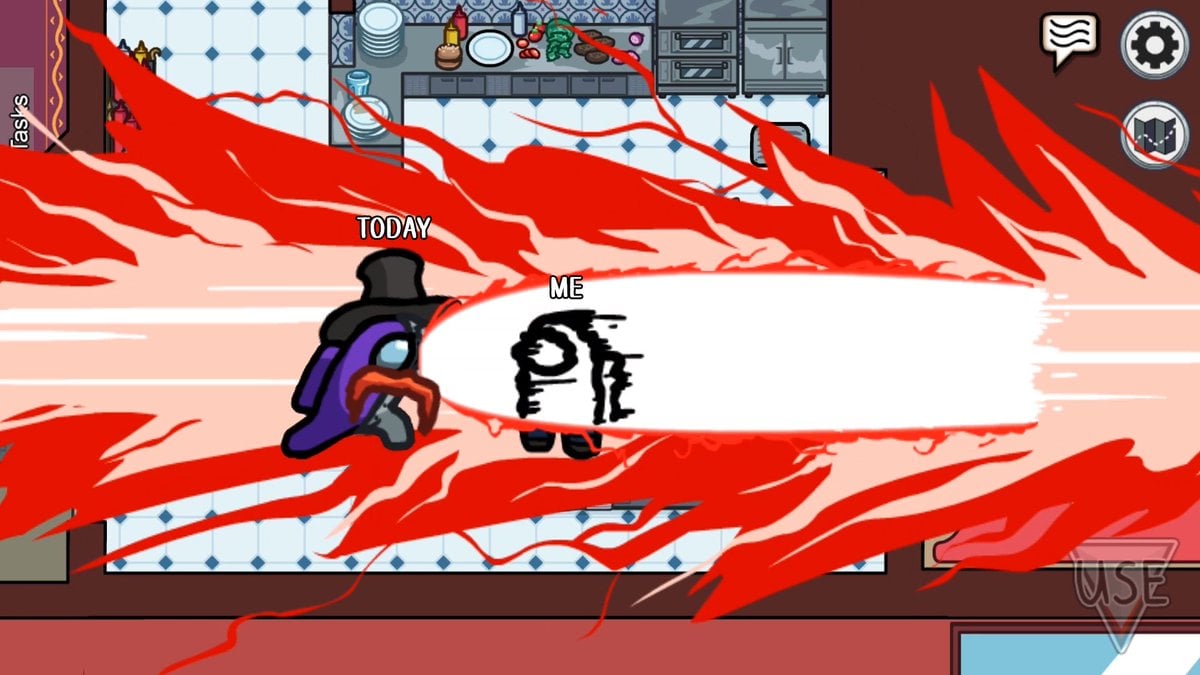 The best part about the new map is that it’s completely free for gamers who already own Among Us. The free update includes more than just the Airship though, featuring new cosmetics & animations inspired by the Henry Stickmin series.

InnerSloth revealed one of the new skins to be a cyborg outfit and a top hat with a handlebar mustache, an acknowledgement to the antagonist Henry Stickmin: Right Hand Man.

Furthermore, new kill animations will appear when an impostor butchers an unsuspecting crewmate. One of them happens to be a blasting laser that disintegrates crewmates, a picture of which has been circulating the web ever since the teaser was released. 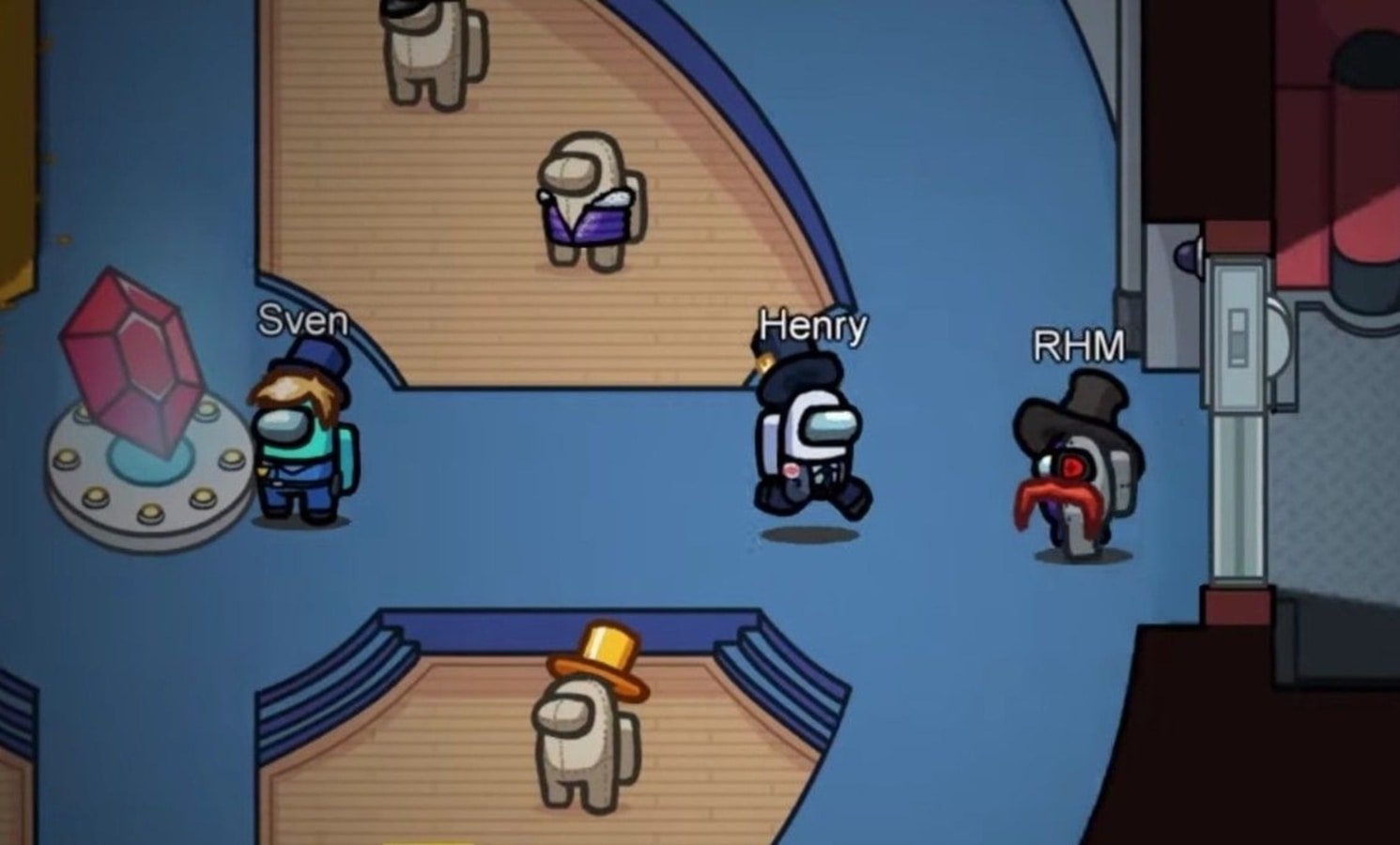 Speculations of the release date for the new map have been avid in the Among Us fan community. The nearest alleged release is aimed at Valentine’s Day due in two weeks while others predict the release will be on Among Us’s three-year anniversary in June, 2021.

Nevertheless, the new map is bound to satisfy passionate Among Us gamers who are anticipating new locations & adventures to explore. Till then, try out some fan-made game mods to keep things exciting.

Share via:
Tags
Among UsAmong Us The AirshipInnerSlothThe Henry Stickmin Series
Author