Is the new ‘Among Us’ map free? How to get the Airship when it drops

The “it” game of 2020, Among Us has united friends all over the place to partake in the merry murder game. Who knew killing & ousting your buddies would be such a thrill? Once you’ve tried the entertaining multiplayer social deductive game, there’s no going back – you’ll be hooked.

Thus, Among Us addicts are always waiting for new updates and fresh ways to experience the highly replayable game. The time has come for one of those InnerSloth gifts: the new Airship map will soon be available to play. Here’s how to catch a ride on the Airship for free upon its release.

Among Us fans have been anticipating a new map for a while, but no one knew much about it until the big reveal at the Game Awards 2020 on December 10th. Following Among Us’s win for Best Multiplayer Game & Best Mobile Game title of the year, InnerSloth dropped the exciting clip above.

The Among Us reveal flashed us changes to the environment as well as new mechanics & tasks unique to the Airship map. (Though we know little about tasks other than gem-shining more garbage duty.)

One big addition is the option to spawn in a room of your choice post-meeting. This clever option will prevent grouping up and allow you to quickly continue the task you may have been right in the middle of before an abrupt meeting began. Additionally, the map will offer shortcuts via floating platform and ladders. 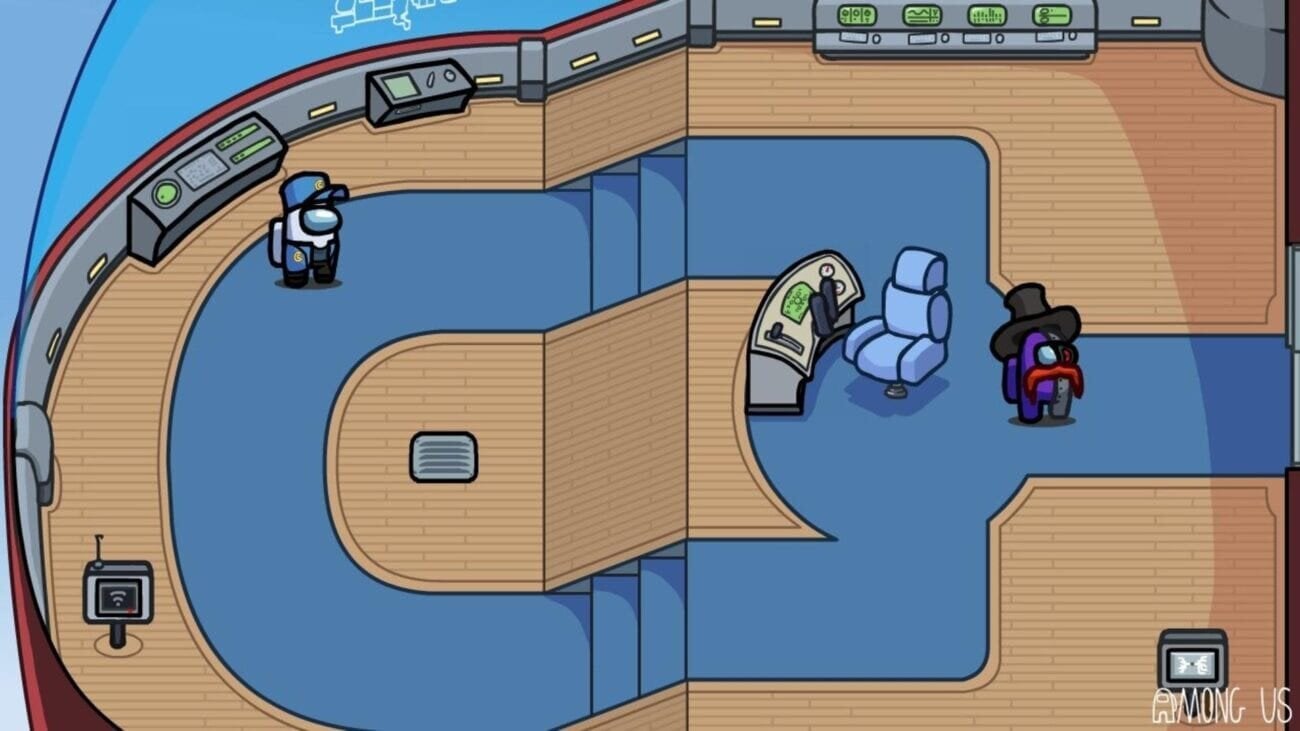 Yes! The Airship Among Us map will join the three other existing free maps: The Skeld, Mira HQ, and Polus. These free maps came through scattered updates, as will the Airship. The coming update will also sprinkle us with multiple free Henry Stickmin-related cosmetics. (The whole Airship map is inspired by InnerSloth’s other game Henry Stickmin too.)

Unlike other games twisting your arm into paying for DLC, InnerSloth has generously shared content updates to the game you already purchased on the PC or downloaded free on mobile devices. 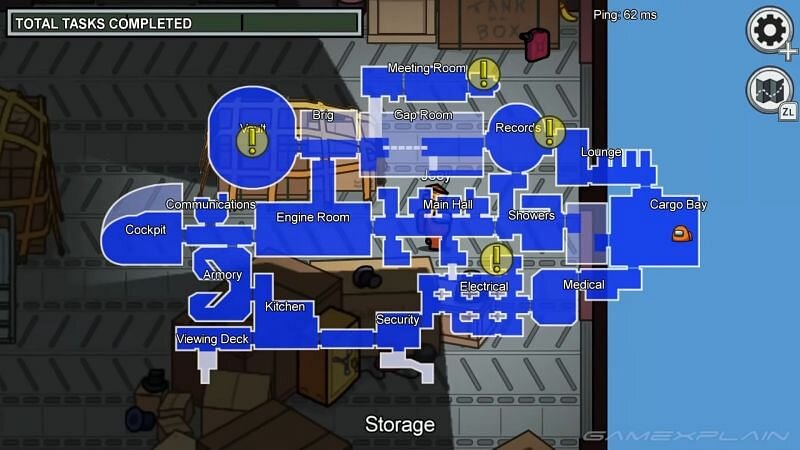 While we don’t know about every aspect of the Among Us Airship, we do know it’s particularly large and that seventeen rooms exist. These rooms will include the Cockpit, Viewing Deck, Medical, Gap Room, Meeting Room, Lounge, Armory, and Showers.

The whole layout of the map (which you can see above) was shown briefly in a sneak peak, but other maps have also been spread around, so it may change from what you see above before its release.

Besides Electrical & Security, all rooms on the Among Us Airship seem to be exclusive to that map. Not to mention, the new ladders & platforms are bound to make this map stand apart from all the others. Changing up the map you play brings a new element to each Among Us match, so players will definitely have to adopt new strategies to get the upper hand on the Airship. 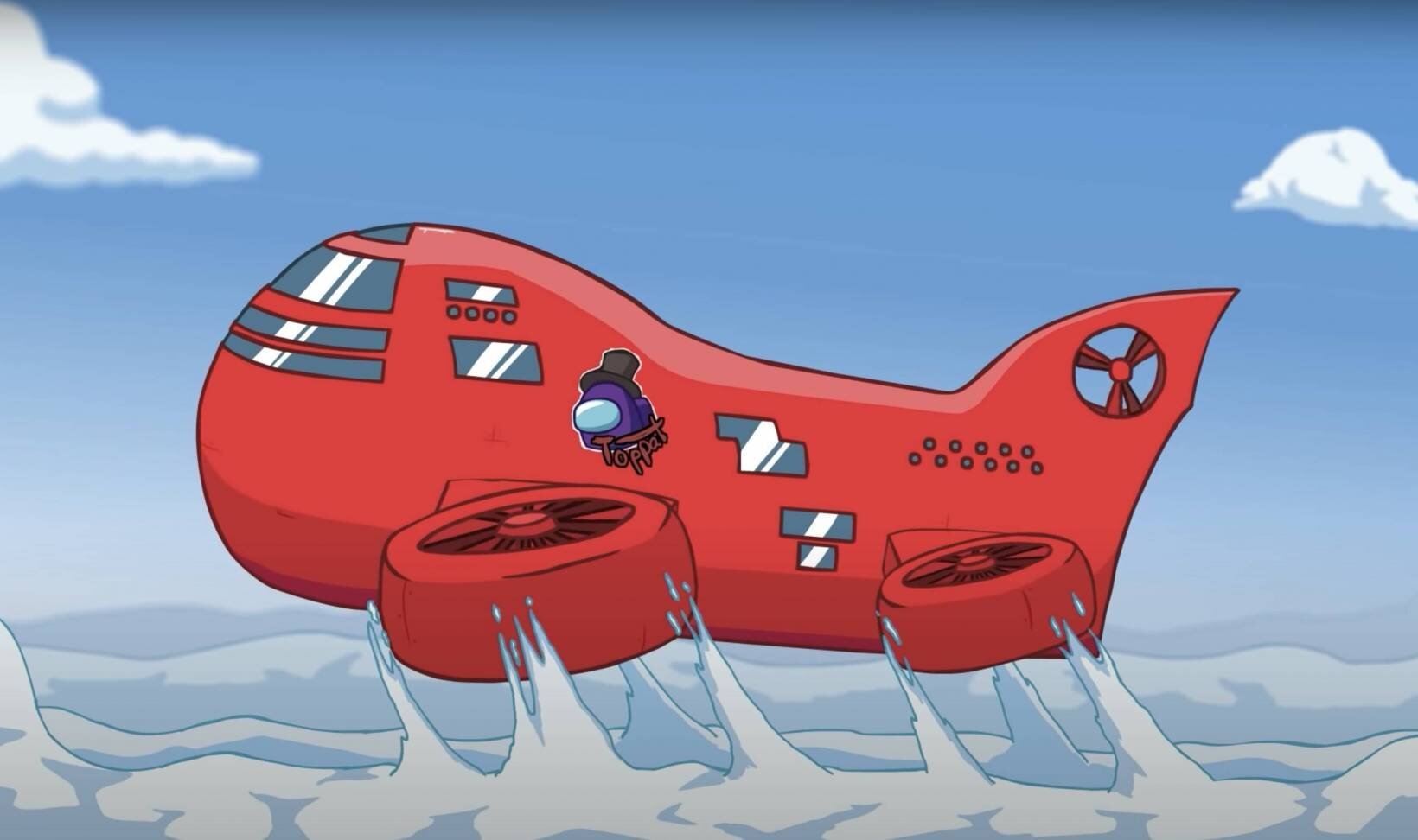 When can you hop aboard?

Actually a simple glitch has allowed some to give the Among Us map a shot already! The glimpse showed that the map isn’t complete yet and still has some hiccups here & there. The glitch only worked on the Nintendo Switch console – the latest available way to play Among Us (or through crossplay with the Nintendo Switch.) Sadly, InnerSloth patched the glitch after a week, so it’s not an option anymore.

But don’t fret – InnerSloth promised the Airship update will come sometime in “early 2021”, which means it could come at any time – likely within the next couple months. Until then we can only patiently wait before we can hop aboard. We’re crossing our fingers the update will arrive soon.