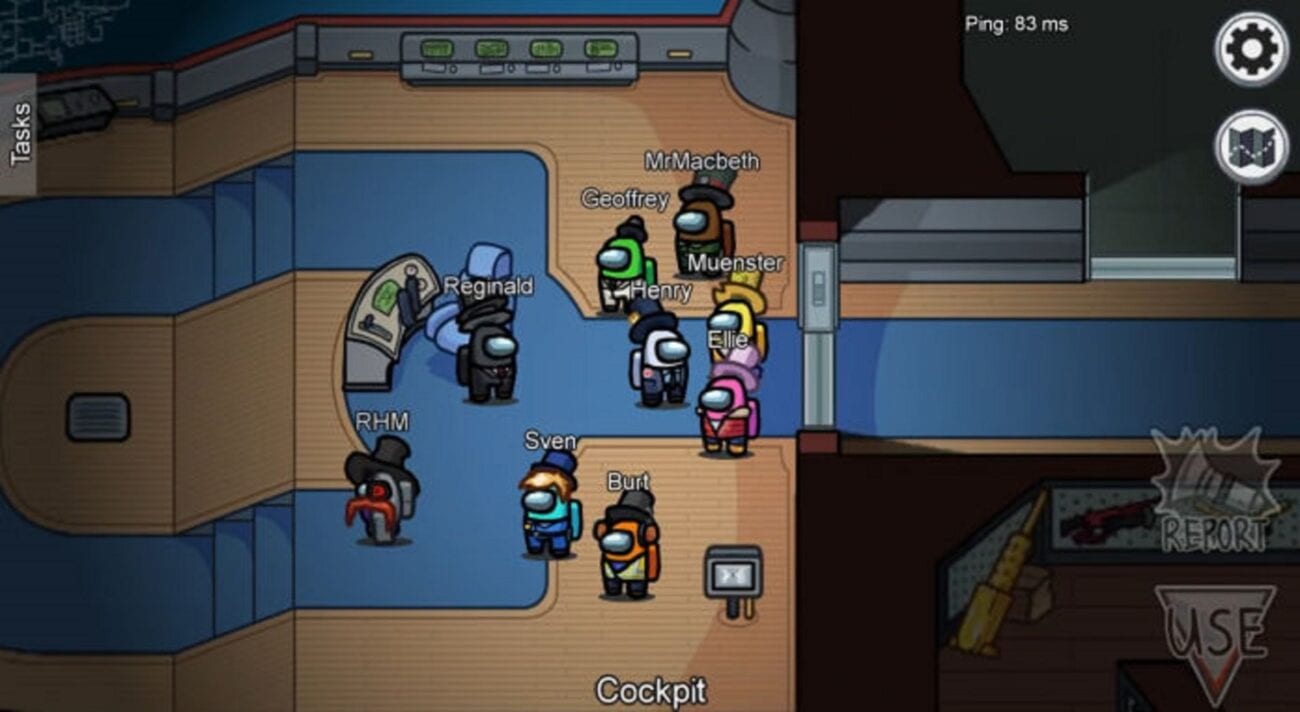 Hop aboard the airship: Play the new ‘Among Us’ map before its update

Sure, the Game Awards named The Last of Us: Part II the 2020 Game of the Year, but we all know Among Us was the real GOTY. Released in 2018, Among Us found itself resurging in popularity thanks to streamers trouncing around the map, trying to find a kill.

Among Us got so popular, developer Innersloth had to cancel the sequel to work on developing Among Us further. By adding in accessibility options, updating the servers, and cracking down on hacking, the three-man team has made vast improvements to the game. But fans were still clamoring for another Among Us map.

All aboard the Airship

At the 2020 Game Awards, Innersloth dropped a trailer for the newest Among Us map: The Airship. Based around the game studio’s other successful franchise Henry Stickman, the Airship offers new tasks for crewmates, and new tricks for imposters. Many of the map’s elements are inspired by Henry Stickman moments, such as teleporting through walls, or the new laser-eye death animation.

The map also offers a unique feature different from all other maps so far: not only can you choose your starting point, you can also pick where the button’s located. This also means you can decide where meetings will occur.

However, the teaser tragically ended with the announcement the map wouldn’t be launching until early 2021. Many fans were disappointed to hear they had to wait longer for a new map to kill their friends on. Nevertheless, fans were excited to see a new map finally coming to Among Us. 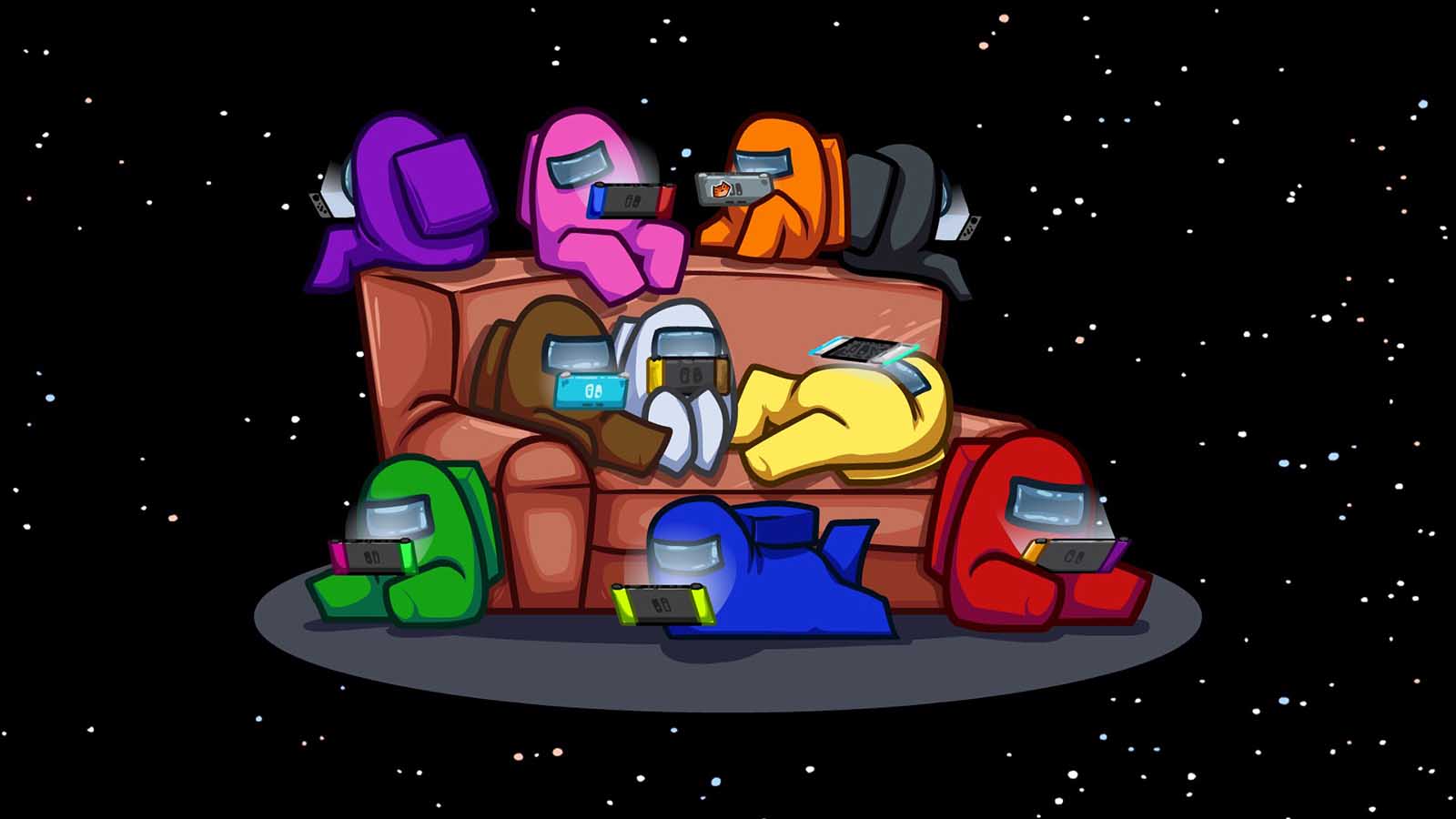 The first Among Us console port

Not even a week after the announcement of the Airship map, Among Us was featured in Nintendo’s “Indie World” presentation. The game finally received its first console port, arriving to Nintendo Switch on December 15th. Still featuring the gameplay fans have grown to love, the game includes crossplay with PC, & mobile users.

Immediately, fans began picking apart the new port, trying to find out how to hack this version of the game. What fans were not expecting, however, was code for the new Airship map already included in the Switch version of Among Us.

The same day as the port was launched, YouTuber ProsafiaGaming dropped a step-by-step video on how to unlock the Airship map on Among Us. All you have to do is start a local game, swap your map to Airship, leave the local game, and start an online game without changing the settings. 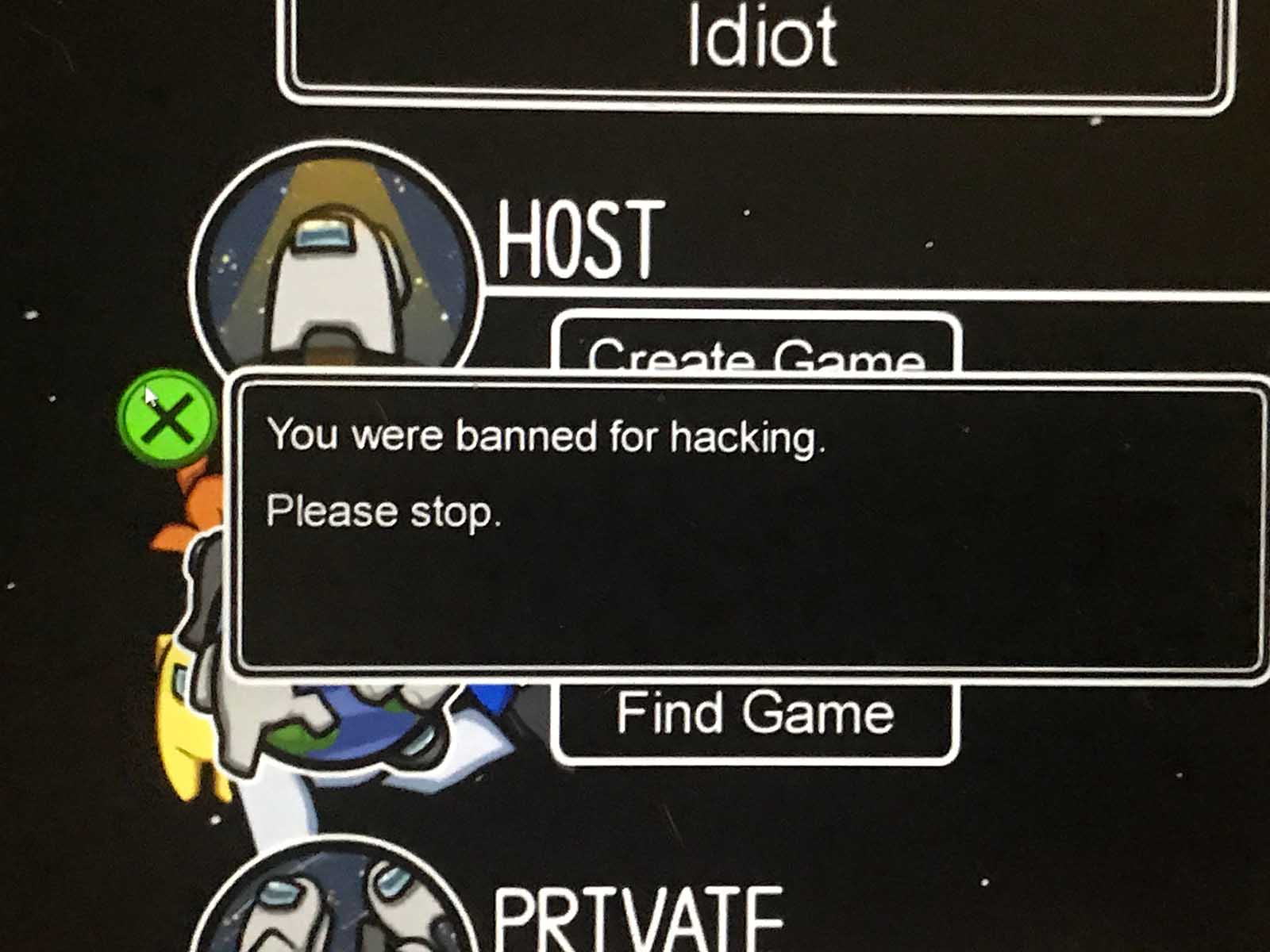 While many are excited to experience the map early, this bug is only possible for those playing on the Switch version of Among Us. Because of this, some are concerned Innersloth will think this is a hack instead, and ban players taking advantage of the bug.

Hacking has become a huge issue within Among Us, with many players ruining the game for others through the use of these tools. Popular hacks you may have seen include immediate kill cooldown, permanent imposter status, teleportation through walls, and resurrecting people from the dead. 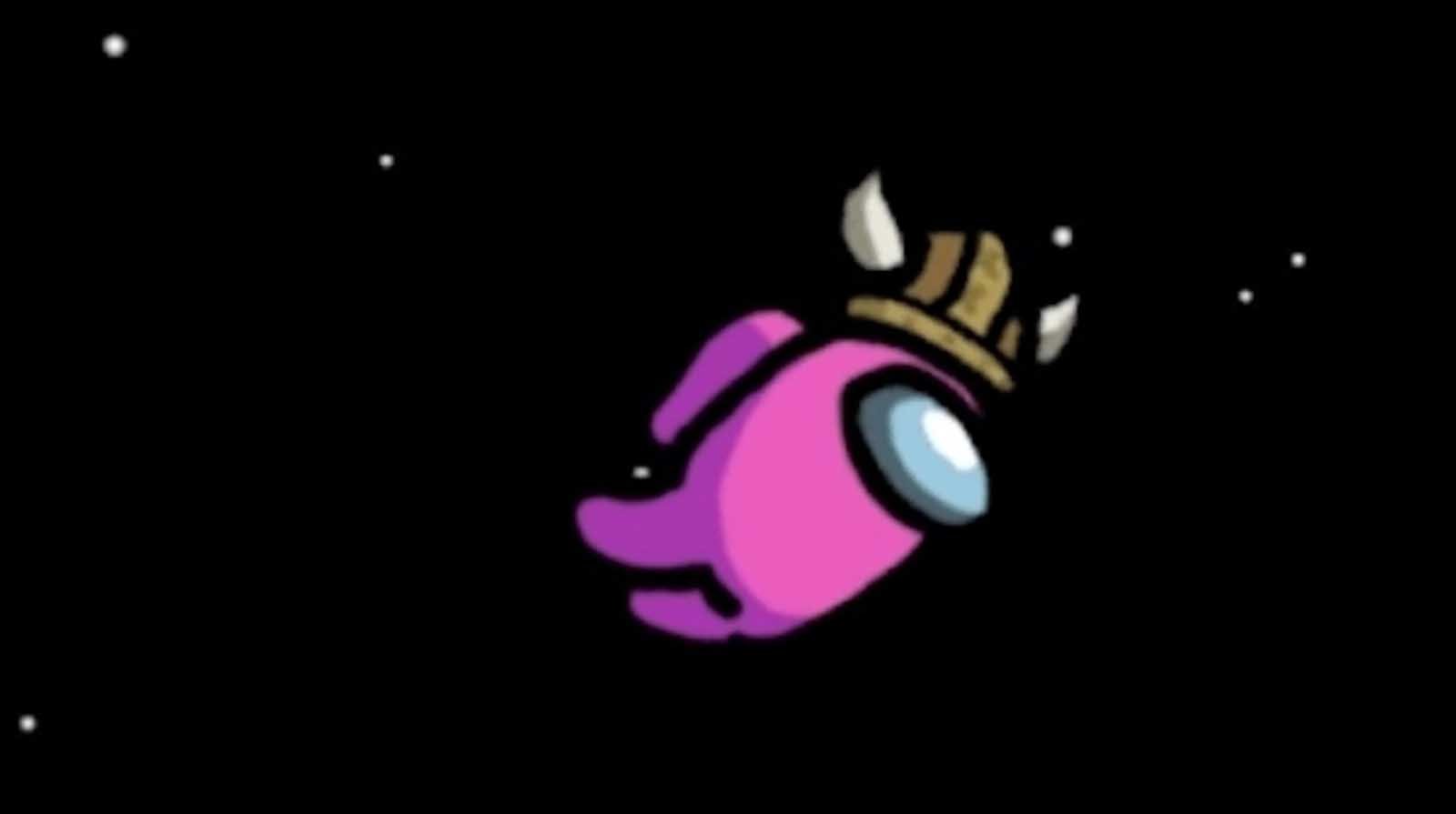 While working to improve the game, Innersloth tried to put in place safeguards to prevent hacked players from messing with lobbies. However, many of these safeguards end up kicking all players, not just the ones hacking.

On an individual level, you can kick or ban people from your lobby who are hacking. But kicking them only removes them temporarily, and banning them only bans them from that particular room code. There’s no effective way to ban someone who is hacking on Among Us. 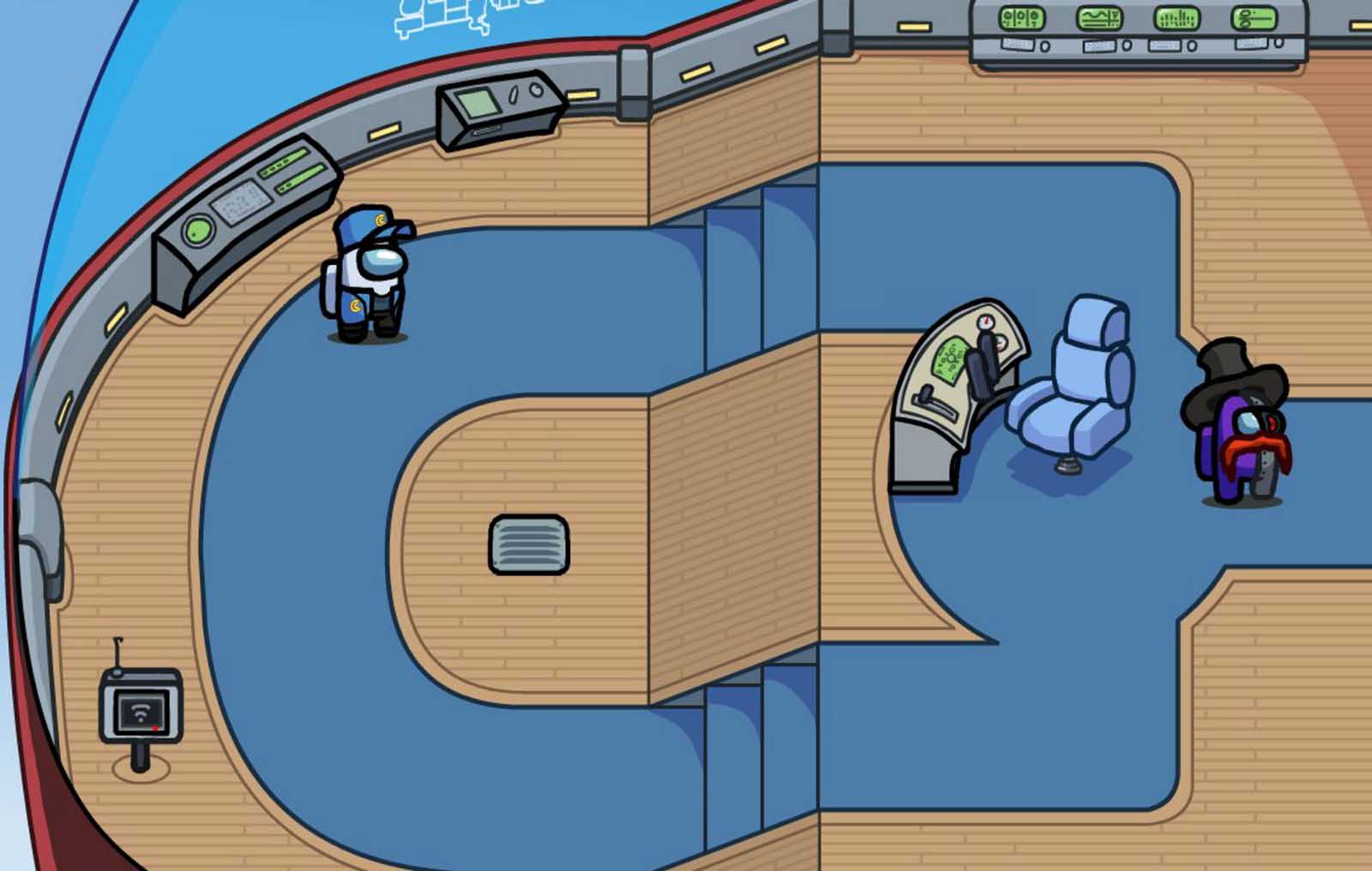 Why this glitch isn’t hacking

However, fans who feel Innersloth will come for those accessing the Airship map early should relax. Other bugs that feel like hacks are crewmates venting on MIRA HQ, or going over twenty games without getting imposter. Yet people who deal with these aren’t seen as hackers in the eyes of Innersloth.

Innersloth has yet to comment on this glitch, but many are assuming they’ll be sending out a patch for users soon to keep the map a secret. In the meantime, get as much time as you can so you can beat all your PC & mobile friends when the new Among Us map officially drops in 2021.