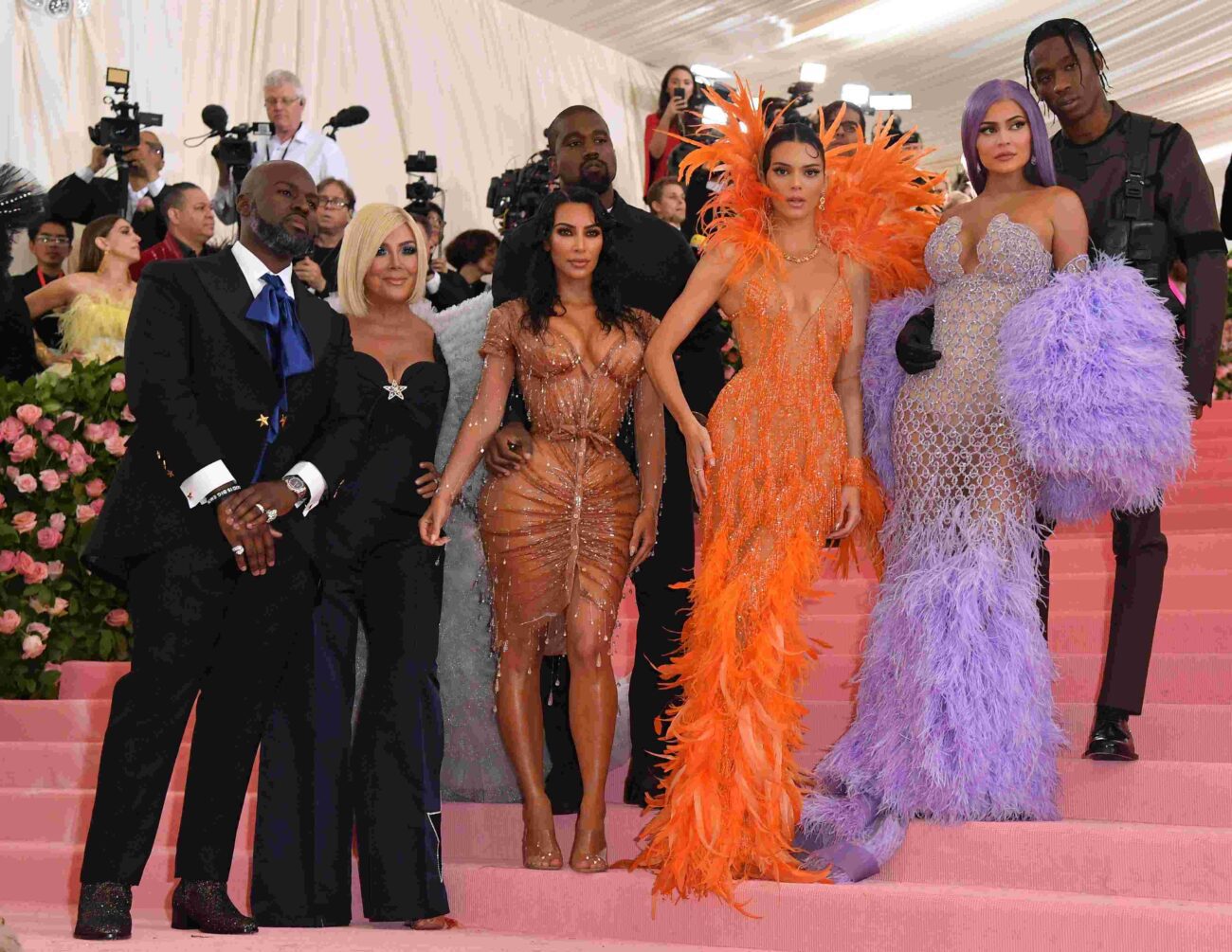 Khloé Kardashian is now using her Twitter to quell rumors that she’s been banned from attending the Met Gala. Fans have long speculated as to why Khloé and her older sister Kourtney Kardashian have yet to attend the biggest night in fashion. Sisters Kim Kardashian, Kendall Jenner, & Kylie Jenner have each attended the Met Gala multiple times, as has their mother Kris Jenner.

Earlier this week, a fan reached out to Khloé directly via Twitter to ask her to confirm the rumors that she was specifically banned from attending the Met Gala. But this fan didn’t just ask Khloé if she was banned, no. The fan in question tweeted: “Khloé now that you are online please tell of the Met Gala rumors are true because I’ll burn that dinosaurs bones”.

So yeah, that warranted a response. Let’s dig into where these rumors come from, and who the dinosaur in question is. 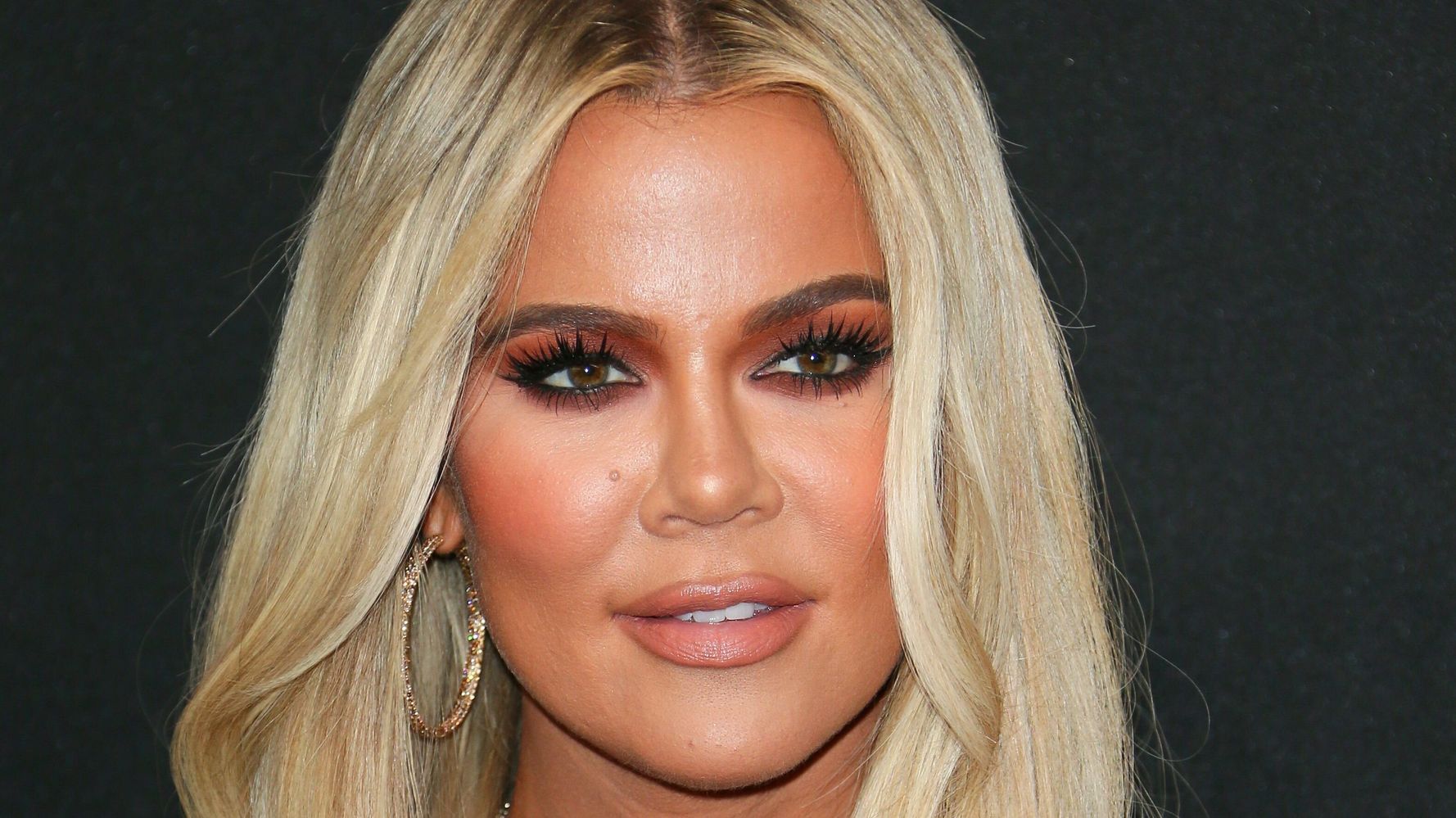 The fan question came during an informal Q&A between Khloé and her fans on Twitter. Rumors as to why Khloé & Kourtney haven’t attended the Met Gala with the rest of their family have been going around for years. A general thought is that, despite being members of what may be the most famous family in America, Khloé & Kourtney aren’t considered famous enough to have warranted an invitation to the Met Gala.

There could be some truth to this rumor, as Khloé & Kourtney don’t quite have the same following as their sisters. Kim Kardashian, love her or hate her, is a sex symbol, a fashion & beauty icon, as well as a highly lucrative businesswoman. Sister Kendall Jenner is a modern-day supermodel, having walked the runway in many high fashion shows.

The youngest sister of the bunch, Kylie Jenner, is known for her billion-dollar makeup company, Kylie Cosmetics. She’s also dating rapper Travis Scott, with whom she shares one child, and has another on the way. Then of course, there’s Kris Jenner, the head of the Kardashian family and a woman with connections all over. 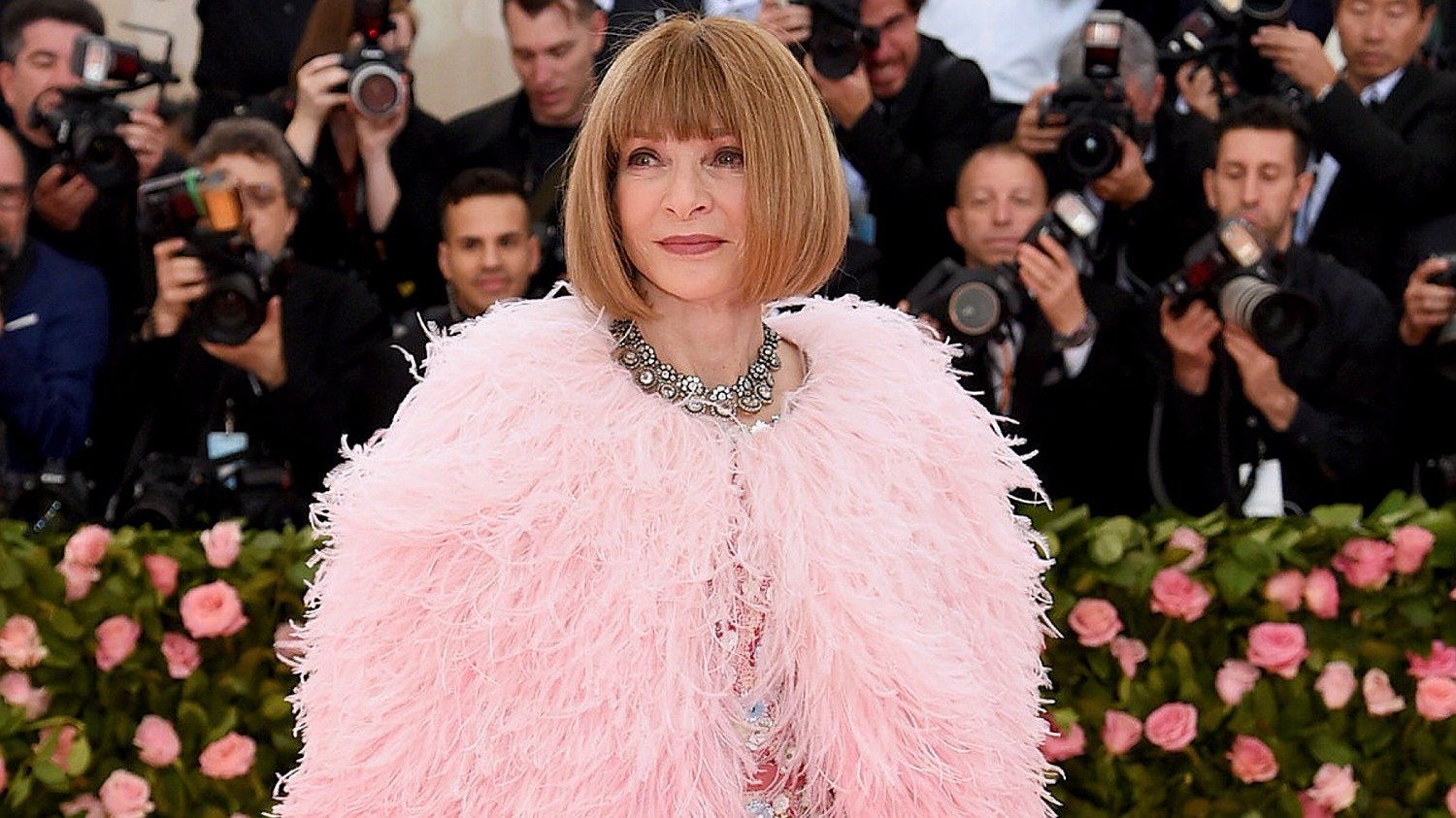 But who is the dinosaur, and whose bones are now in question? That would be Anna Wintour, iconic editor-in-chief of Vogue magazine, and the woman responsible for the Met Gala guest list. Khloé responded to the tweet with “Absolutely NOT true.” with regard to the subject of her being banned from the event altogether.

There certainly doesn’t seem to be any hard feelings over the lack of invitations over the years, as Khloé shows nothing but love on social media for her sisters that do attend the Met Gala. During and after the event, she typically posts about their looks, gushing about how great they are. Though Khloé didn’t give the real reason she’s never been to the Met Gala, we now know it isn’t because of a ban. 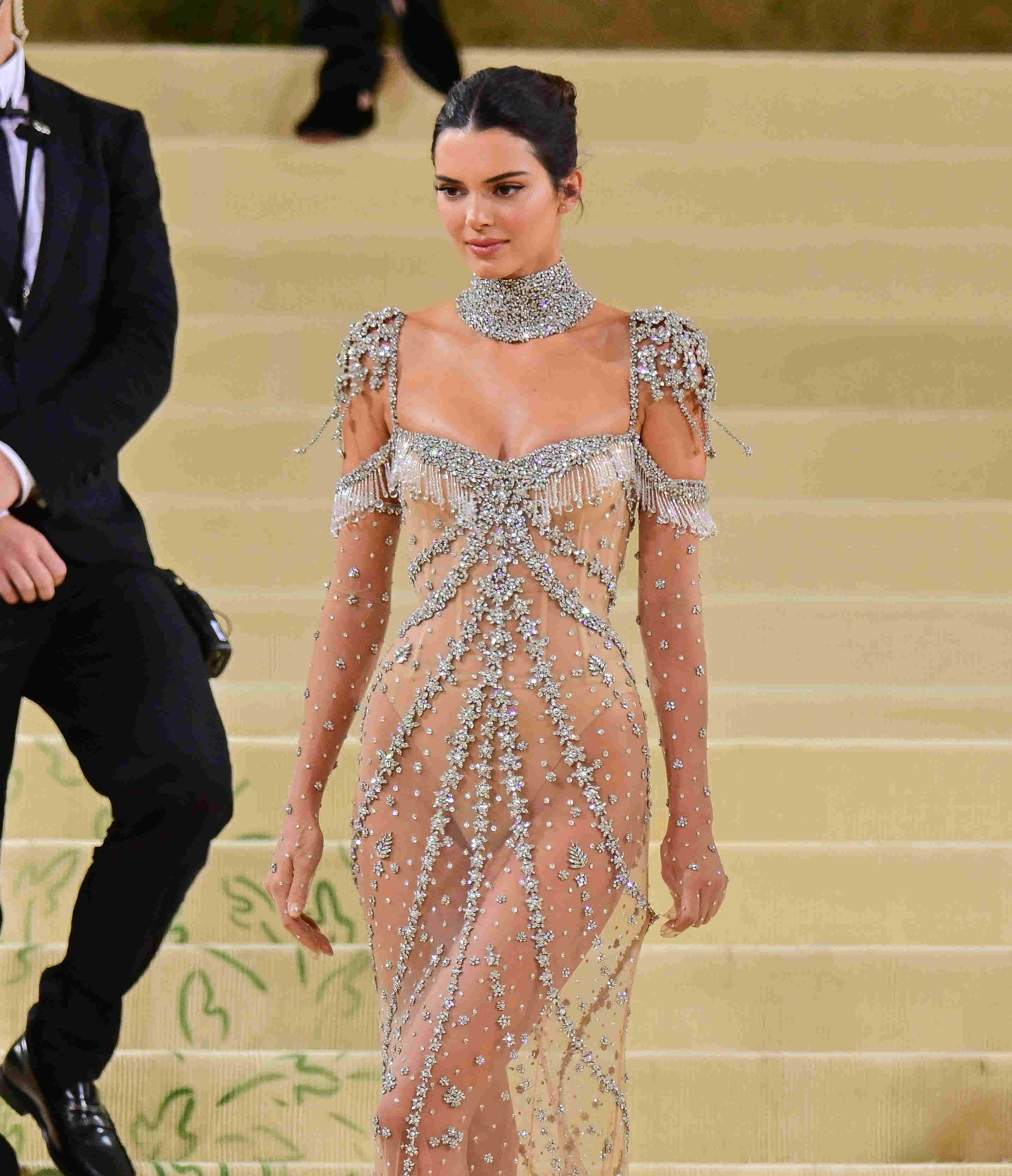 Kardashians at the Met

The four Kardashian-Jenners who have attended the Met Gala have certainly left their mark. Back in 2013, Kim attended her first Met Gala while pregnant with daughter North West in a dress that inspired many couch-related memes. The following year, she went more traditional in a Lanvin gown. In 2015 she took a risk again with a sheer embellished Roberto Cavalli gown that featured a feather train.

In 2016, Kim took on the theme of machines & technology and wore a studded metallic Balmain gown, which she paired with bleached eyebrows. She went way more understated in 2017 in a simple Vivienne Westwood number. 2018 was the year everyone got religion, and Kim wore a stunning gold gown. Kim wore a latex Mugler look in 2019

Kendall Jenner’s first Met Gala appearance was in 2014, where she wore a simple, figure-flattering Topshop gown. The following year, she wore a gorgeous green Calvin Klein gown. In 2016 she wore Versace, and in 2017 she went super-sheer, showing off her La Perla lingerie. In 2018 she wore an all-white Off-White ensemble. In 2019, she and Kylie wore coordinating Versace camp looks. 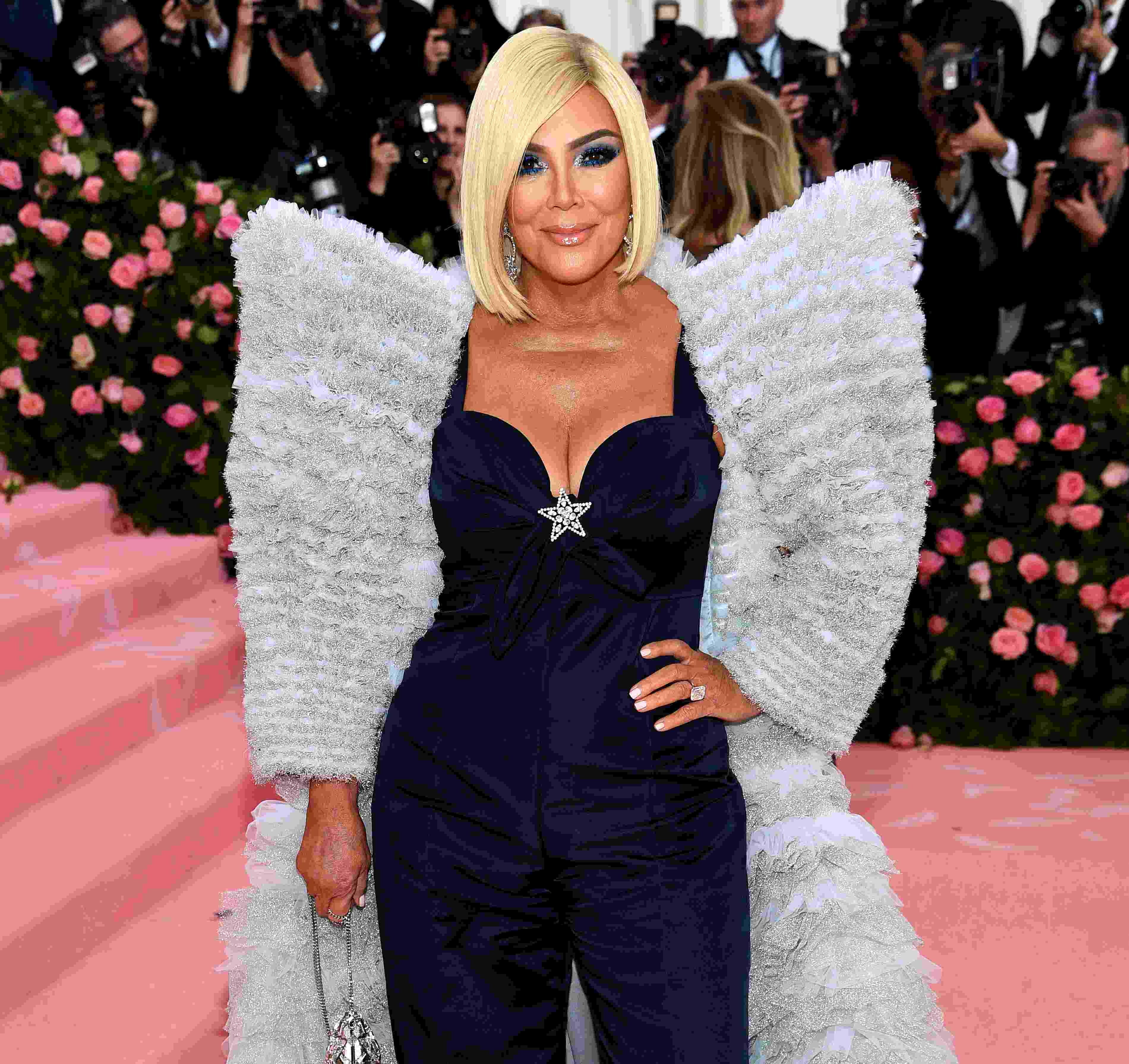 Kris Jenner attended her first Met in 2015, when she wore a vibrant red Balmain gown. She stuck with Balmain in 2016 as well, this time in black. In 2018, she wore Tommy Hilfiger, and in 2019, Kris took a risk and embraced the camp theme in a Tommy Hilfiger suit, with giant shoulder pads, a cape, and a blonde wig.

Kylie Jenner’s first Met Gala was in 2016, where she wore Balmain like her mother before her. In 2017 she came in a stunning Versace look, which she coupled with a super short blonde bob. In 2018 she walked with Travis Scott, wearing awesomely impractical sunglasses. Her 2019 look went with sister Kendall’s feathered orange gown.

Now that Khloé has cleared up the rumors by addressing them head-on, perhaps we’ll see her at the next Met Gala. Why do you think Kourtney & Khloé haven’t attended the Met Gala? Do you think they ever will? What’s your favorite Kardashian-Jenner Met Gala look? Let us know in the comments! 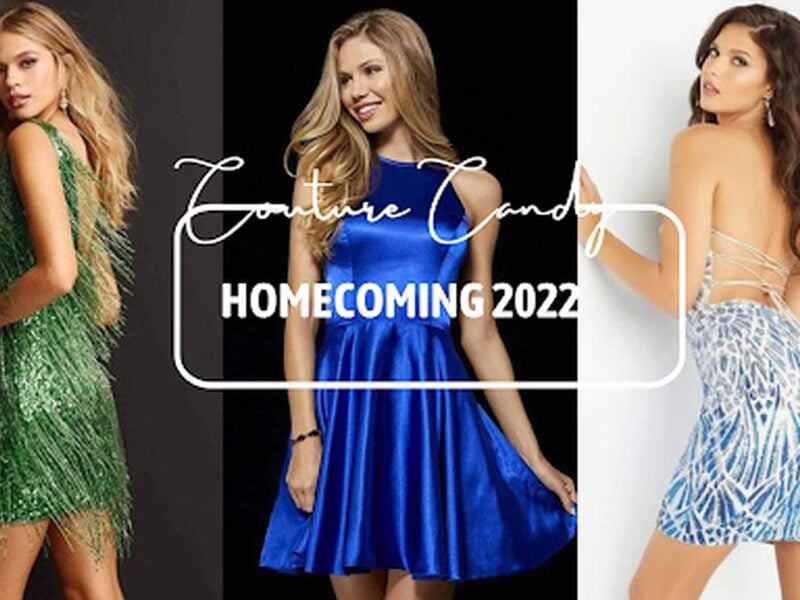 Homecoming Dresses: How To Accessorize Them?