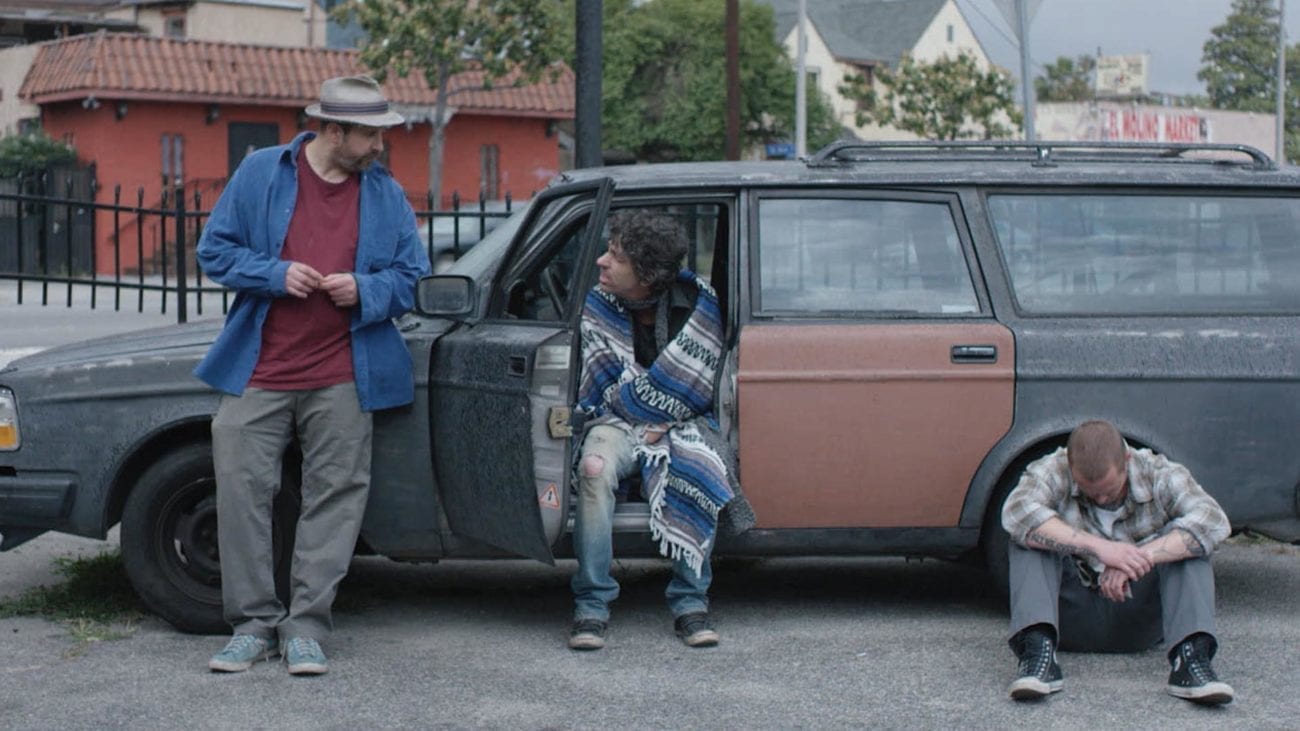 We here at Film Daily were majorly stoked to take a break from the newsroom and sit down with writer & actor Tommy Swerdlow about his directorial debut, A Thousand Junkies. Boasting a successful career as a writer of beloved family comedies – including Little Giants and everyone’s favorite underdog movie Cool Runnings – Swerdlow was, at the time, a heroin addict. Since getting clean, he’s taken his experiences and turned them into this dramedy in which Swerdlow himself starred alongside a pair of his fellow AA buddies.

Telling the story of three heroin addicts trying to find a fix in L.A., A Thousand Junkies is a fast-paced and deliciously dark black comedy, which (unsurprisingly) oozes authenticity. We sat down with Swerdlow to talk about the film, heroin addiction, and Bill Pullman giving the “hard no”. (Don’t ask, just read.)

Film Daily: Let’s start from the beginning. How did you get into writing?

I was always a poet growing up. Even though I was the pot dealer, I did the high school valedictorian speech, reading out poems. I eventually decided to be an actor, and then how I got into screenwriting is I wrote a play and one of my actor friends brought in this guy to direct it, Michael Goldberg. He and I became writing partners, made our way through that world, and we found some success so it just became what I did.

The first thing we ever wrote was about my family, called Utopia Parkway, a small autobiographical movie that got us an agent at CAA, and that led on to Cool Runnings.

It’s quite a jump moving over to family films. How did you get into that?

I don’t know if it’s that big a jump, because I always was into comedy. Growing up watching American TV and sitcoms, I always had a natural facility with comedy. So with Cool Runnings I treated it like it was a real movie and our producers, who we actually work for now, just knew how to shape what we were doing and make it family entertainment.

You’ve acted and you’ve written, but A Thousand Junkies is your first feature as a director. How did you find being behind the camera, rather than holding the pen?

When you’re a writer, you’re trying to capture the energy of the situation and get it onto a page in words. When you’re a director, you’re doing the exact same thing, but it’s living and you’re aiming the camera at it. So it’s basically the same process, it’s just no longer on paper, it’s in three dimensions; it’s not in your head, it’s real. So the challenges are the same.

I spent a lifetime thinking about this stuff and had a very clear idea of what I wanted it to be. We all shared this circumstance that helped guide us too, so I would say this was especially conducive to a first-time director, since we understood the material so well. We lived it.

Speaking of which, I understand the story is autobiographical. Are you happy to talk about this? How much of the film was influenced by your experiences?

It was only influenced by our experiences and nothing else. My co-stars T.J. and Blake and I met at an AA meeting, and that’s how we started talking to each other. When the camera stopped rolling, it was no different; us talking between scenes was exactly the same as when we filmed them. The entire thing was true to our lives – like that guy with the crazy hair Igor (Dinarte de Freitas) asks for heroin – I used to see him everyday twenty years ago, and I promise you he’s on the street corner right now.

So Igor was based on a real person, too?

Yeah, he’s based on a kid I once met at a methadone clinic. None of it was fake – there were things we made up, but it’s all based on very real circumstances.

Was it cathartic for you to turn such dark experiences into a comedy?

It was incredibly cathartic, but also the finishing of it was challenging. In retrospect, it took so long that we started to question, “Are we capable of doing this? Are we just fuckups?” There were a lot of real drug-addict thought processes, know what I mean? But in the end, and even now, it’s so cathartic. We’ve showed it a couple of times at rehab, and it’s just so powerful when a bunch of drug addicts watch the movie. We’re very proud of it – we found something about drug addiction that was sort of new, and true to us.

On the addiction side of things, the story does a great job of walking the line between making the viewer laugh, but also cringe from identification.

People tend to think of heroin addiction as a sort of grey monotonous thing, but really it’s this kind of visceral rollercoaster. It’s not what people think it is.

The desperation of buying drugs is something many users will have experienced, whether calling their weed dealer or their coke guy.

Anyone who thinks that something outside them can fix them . You could freak out trying to find the right romance, or trying to get the right car – anything giving the illusion that if you get your hands on it, you’ll be okay.

What influences you in your script writing, either from directors or writers?

Actually, I tell you one movie that does always influence me, and a movie that is never far from my heart, is Withnail and I.

A Thousand Junkies is like the American version of this personal favorite of ours!

I know every word. That movie influenced A Thousand Junkies – that’s the writing reference.

However, everything else came from our own experiences. Really the only thing that influenced us were the stories we would tell at AA in the porch of this meeting we all met at. Co-writer/star T.J. and I had this idea that we would fetishize not how hip, slick, and cool junkies were, put how tragic, pathetic, and childish they were. We thought that was just funny.

It’s a cross between very funny and very harrowing.

That was what we were going for. 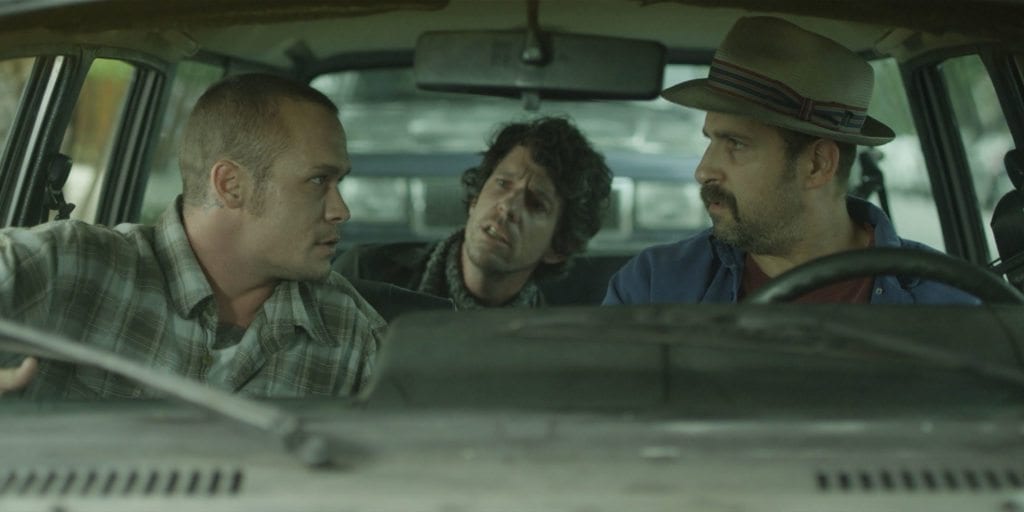 Tell more about T.J. – how involved was he with the writing process?

Totally. We got to the point where we would just get in my apartment and kind of write like Michael and I wrote. I would sit down at the computer, write something, and then he would go “this, this, this, this”. He had a very good influence on what I would do, and we made something positive out of both our sensibilities, which were very similar but different enough to make it valuable that we wrote it together.

Blake stars as himself. You said you three all met at an AA meeting?

T.J. and Blake were roommates at the sober living, and T.J. says the first time I met Blake, he came over to help me move from one apartment to another. Basically, we knew each other from this Thursday night AA meeting at someone’s house. And I got this idea that we would all work well together, as Blake was a child actor.

You know what happened to Blake right? He died of an overdose in September last year. That’s a big part of the movie. We were all clean, and then Blake started to struggle. Even though the movie doesn’t have a classic drug message, we got a really intense ending, as one of the main guys died of an overdose.

I’m so sorry to hear that. It’s such a big part of the film now – giving it an entirely different air.

It happened so recently, after Tribeca, and after a lot of our success. It’s just heartbreaking, so it makes the movie speak to what is going on right now with this opiate crisis in America.

It’s unbelievable. It really was shocking. We thought we were making some sort of movie because we were all clean and we could look back at something from a safe distance. But then that came, and it shows you how lethal the whole thing is.

It can switch in a minute, can’t it?

Are you working on any projects at the moment?

I’m working on an animated feature at the moment for a friend of mine who does the Despicable Me movies, Chris Meledandri, so I make a living from doing this stuff.

T.J. and I are also planning another movie called God and Love where T.J. (who is a big atheist) falls in love with a girl, and when she finds out at their engagement party how much he doesn’t believe in God, she tells him she can’t be with him and he goes and tries to learn how to believe in God. So if A Thousand Junkies is our buddy movie, that’s our romantic comedy.

Looking forward to it. Last question: since A Thousand Junkies is autobiographical, did you or anyone you know ever find a finger in a toilet?

No. [Laughs.] Sometimes you’ve gotta make good use of the screenwriting. And I never showed up on Bill Pullman’s set either.

So you never got a “hard no” from Bill Pullman while trying to buy drugs?

No, but I saw him give someone else the “hard no”!  That’s authentic. Like I said, all of it is based in our real-life experiences.

Check out this exclusive clip from A Thousand Junkies! 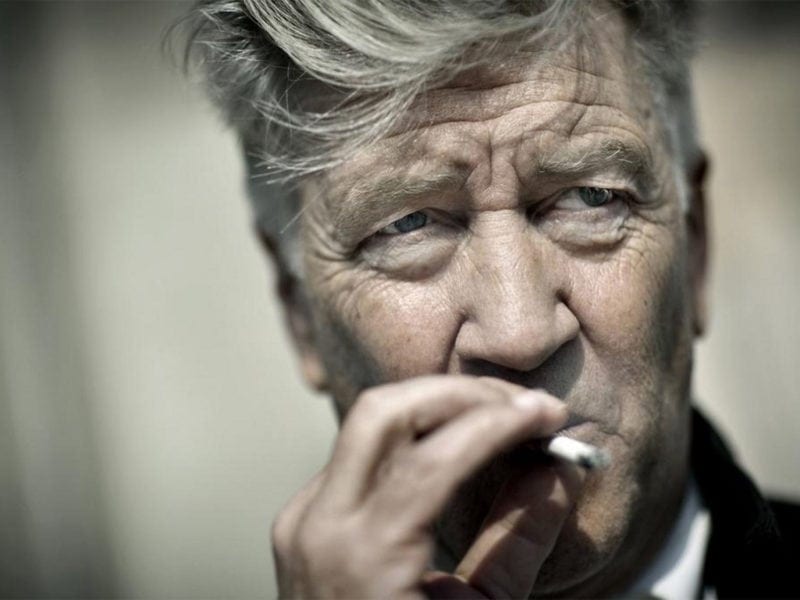 “Incomprehensible!”: A ranking of David Lynch’s most hated movies 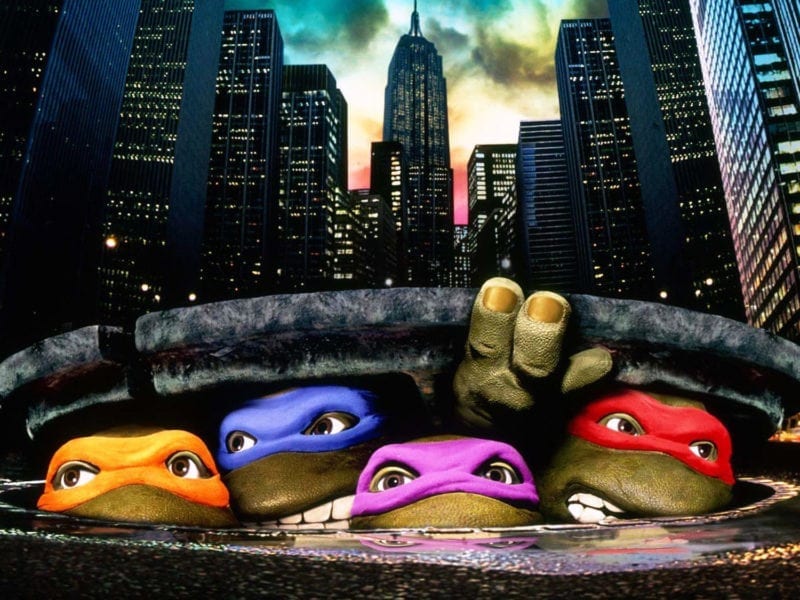 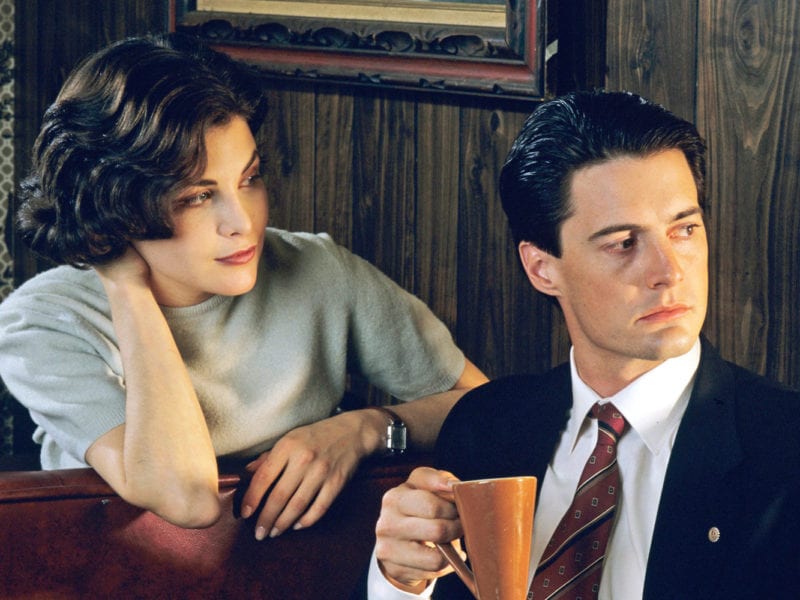 David Lynch’s characters ranked from least to most boneable