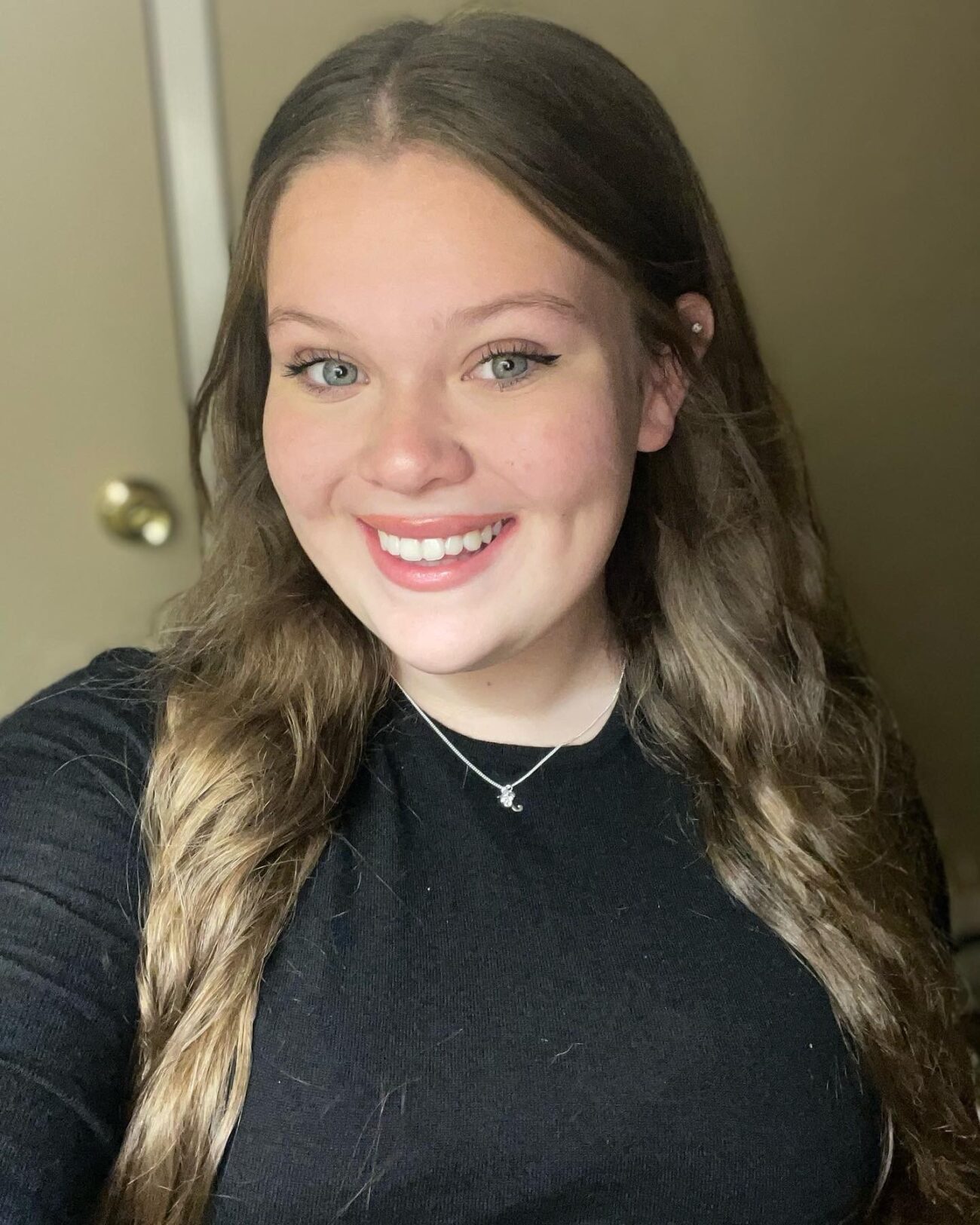 Taylor Fangmann has gone from small town Ohio to the city of stars. Her family relocated to Los Angeles to help Fangmann chase her acting dreams. Now she’s exploring L.A. and making a splash in Hollywood as she pursues bigger & bigger acting roles. When she’s not working as an actor, Fangmann spends time with friends, travels, and does work for charities, particularly those supporting people with Down Syndrome.

We were lucky enough to have a conversation with Fangmann about acting and her dreams for the future. 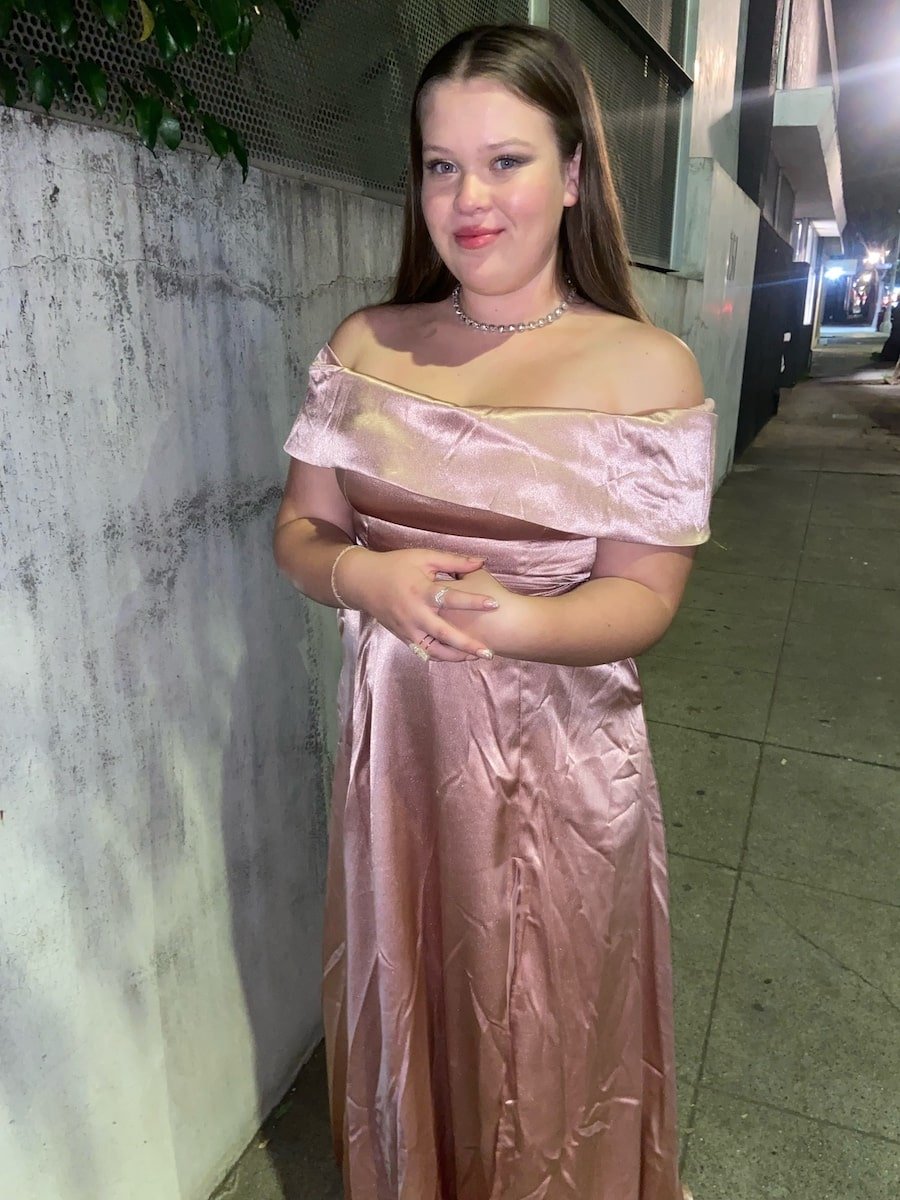 When did you first know that you wanted to be an actor?

I first knew I wanted to be an actor in 2019. I went to the Radio Disney music awards and saw a bunch of Disney actors and I thought that it was so cool and after that I started taking acting classes.

What are some movies and shows that made you fall in love with acting?

One of my biggest acting influences is Lili Reinhart because she is from Cleveland, OH and that is close to where I’m from. It’s really inspiring to see others who have moved so far from home to chase their dreams.

What was it like moving to Los Angeles from a town with less than 1,000 people?

Being from a small town and moving to Los Angeles it is very much a different change. LA is so adventurous and there are always things going on and the weather is great all year. In Ohio it’s a lot of cornfields and country music, a much slower paced lifestyle.

How did you get started in the acting business?

I got started in acting with an acting coach via skype, while we still lived on the east coast. Shortly after that I started vocal lessons and I really just fell in love and knew this was what I wanted to do. We decided it would be best to move to LA and go all in.

What has been your biggest success at this early stage in your career?

My biggest success this early in my career has really been my own personal growth. I really love spreading awareness about Down syndrome with my sister Averie and having the confidence to not be shy in doing so is something I consider a huge personal success. 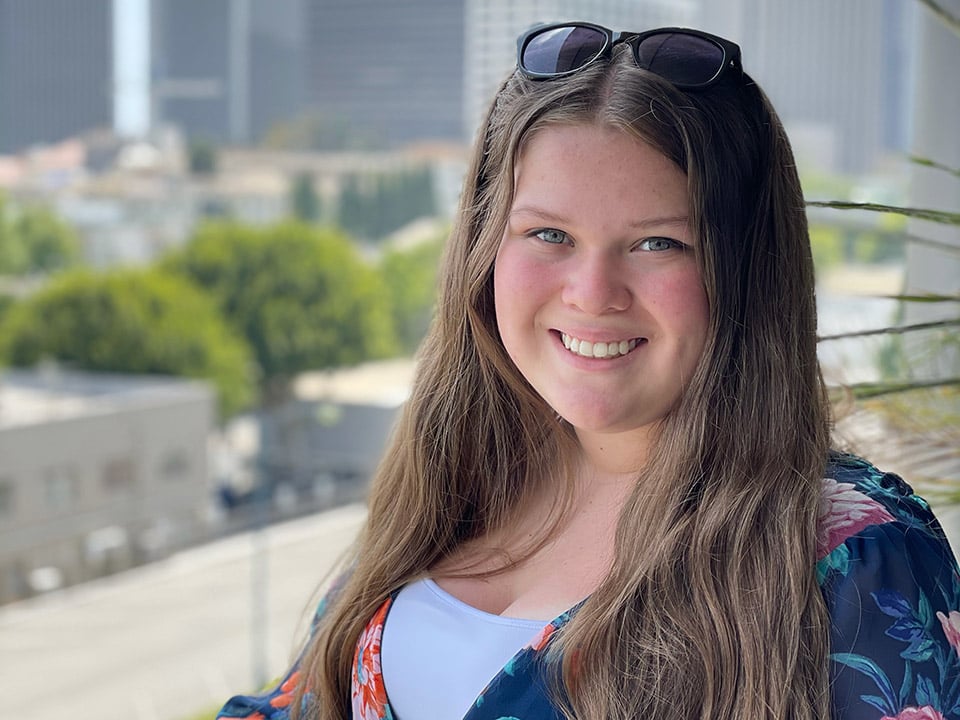 What has been your biggest challenge, and how did you overcome it?

The biggest challenge I have learned is rejection is common here. The word no and that feeling of rejection are so normal being in this industry everybody knows that feeling and at first it’s really hard to overcome and learn. For every yes you’ll hear at least 10 no’s. I overcame it by realizing that at the end of the day everything happens at the right time and place for a reason.

What are five shows you think everyone should check out this year?

Five shows that I think everyone should check out this year are “All American”, “Riverdale”, “Ginny and Georgia”, “Sweet Magnolias”, and last but certainly not least “Never Have I Ever” I love all of these shows so much they’re each unique and different.

Why is advocacy for people with Down Syndrome so important to you?

Advocating for people with Down syndrome is so important for me because there’s a lot of people that are uneducated and do not understand what having Down syndrome means because at the end of the day people with special needs are different – not less.

What would be your dream role?

My dream role is a girl next door who is big on social media, has a lot of family issues, and acts like her life is perfect but on the inside she has so much pain and guilt.

Who are some people in the acting business you hope to get the opportunity to work with?

One person in the acting business that I would hope and love to work with someday would have to be Kristen Bell. She is an incredible actor and I love what she stands for as a person.

My biggest goal in the future is to educate and spread awareness on Down Syndrome while having fun with Averie. 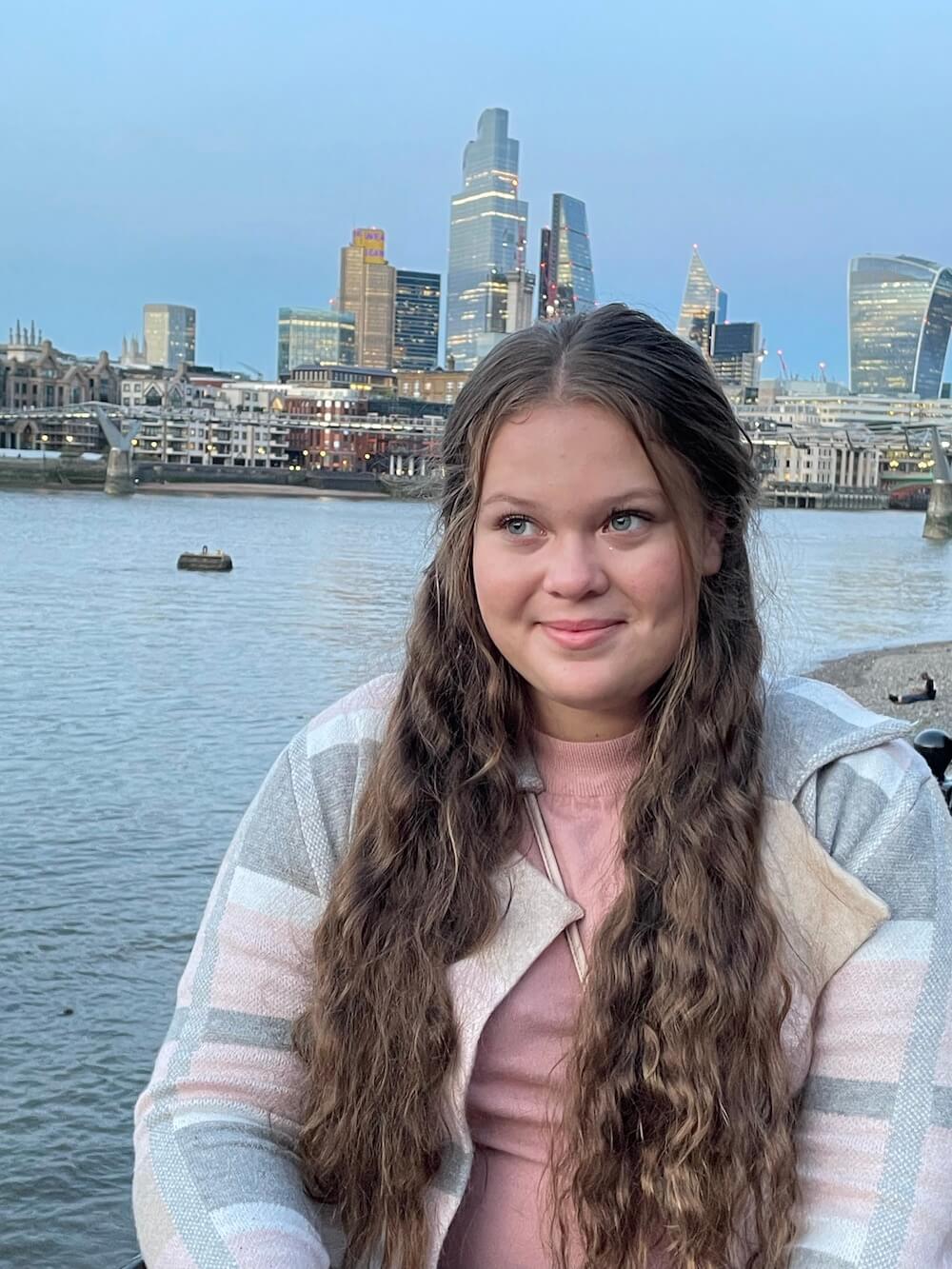 Yes, my five year plan is to focus on my craft, grow as much as I can in acting while also growing on social media with Averie educating and spreading awareness on Down Syndrome. Also, maintaining good grades in school because in three years I will be graduating high school and hopefully going to UCLA.

What advice would you give to other young actors wanting to break into the business?

Advice I would give younger actors getting into the business is not to change who you are to fit in because honestly what makes you different for casting is there’s no one that’s like you so show that off and bring that to your character.

When you aren’t working, what do you like to do with your free time?

When I’m not working, and I have free time I really enjoy pool days with my sisters and then coming inside afterwards and watching movies.

What music inspires you?

Music that inspires me is Anne Wilson, she is a Christan country artist and I always feel so refreshed when I listen to her music.

Can you talk us through your creative process with a new role?

My creative process to get into a character is oddly kind of different for each script I get but I always start off by reading the whole script front to back and every single character’s lines to help me understand all perspectives of the situation. Then I try to find small ways to connect with my character by finding a part of that character that is similar to something in my real life. 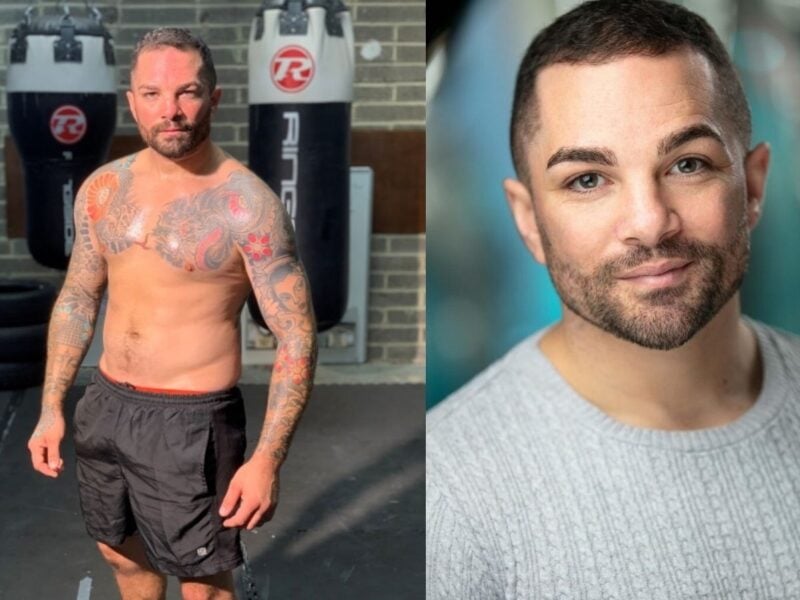 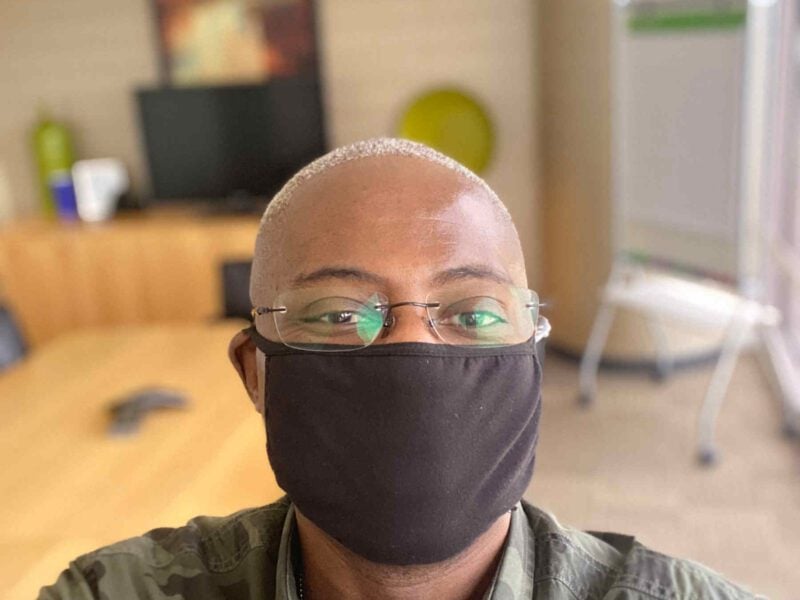