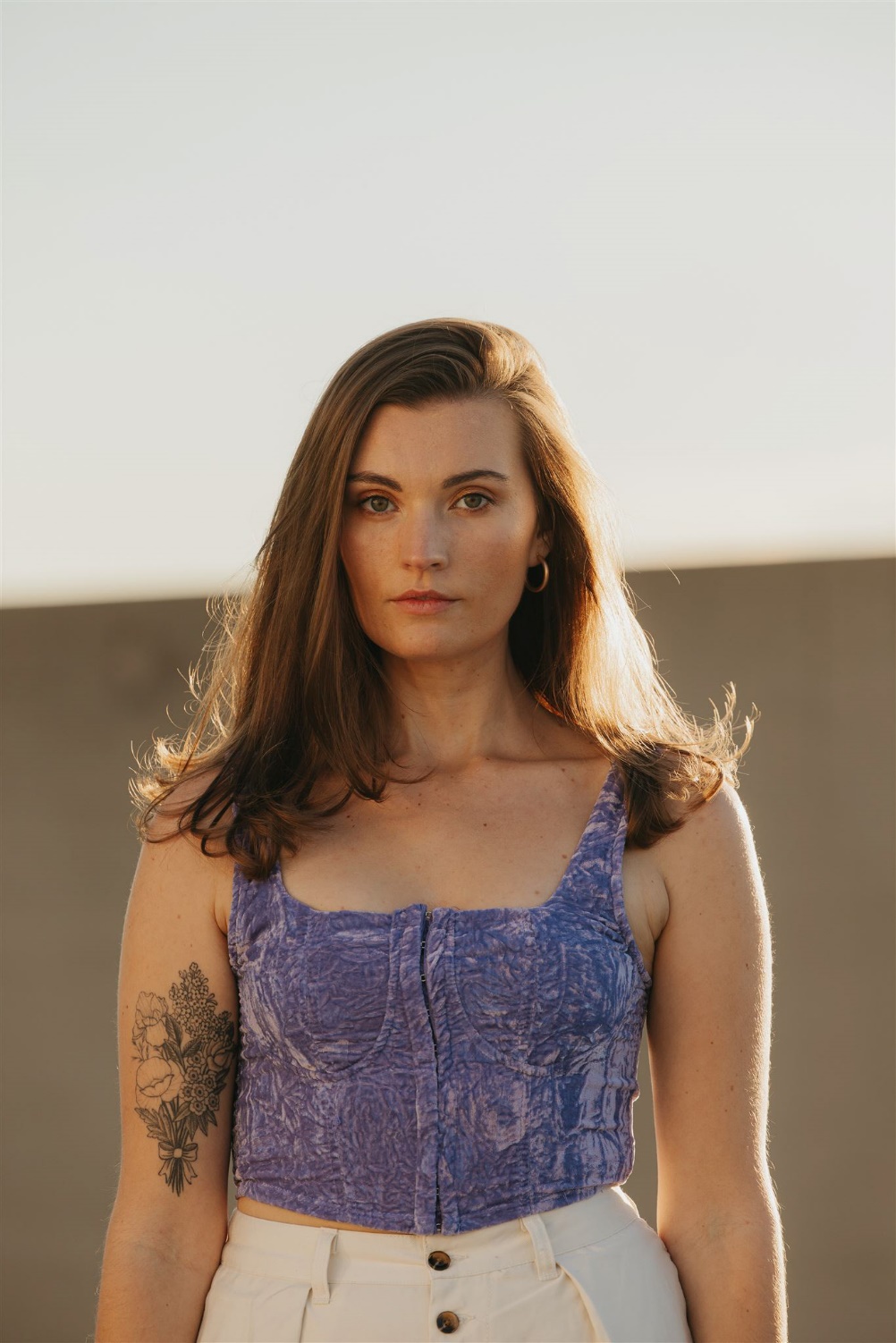 Anna Hindman can do it all. The Connecticut-born performer obtained her BA in musical theater, and is the star of the new thriller American Siege opposite Bruce Willis. In the film, Hindman plays the fearless Grace Baker, who goes on a quest to discover the truth about her sister’s disappearance and must take out the corrupt men who stand in her way.

In addition to her genre chops, Hindman has a BA in musical theater and recently released a single titled “Dislove”. She currently lives in South Carolina with her wife, and is a passionate advocate for LGBTQ+ rights and charities. If all that weren’t enough, Hindman also practices still and film photography in her spare time.

Film Daily was fortunate enough to talk with Hindman about her impressive array of talents, her new film role, and her plans for the future. Here’s what she had to say: 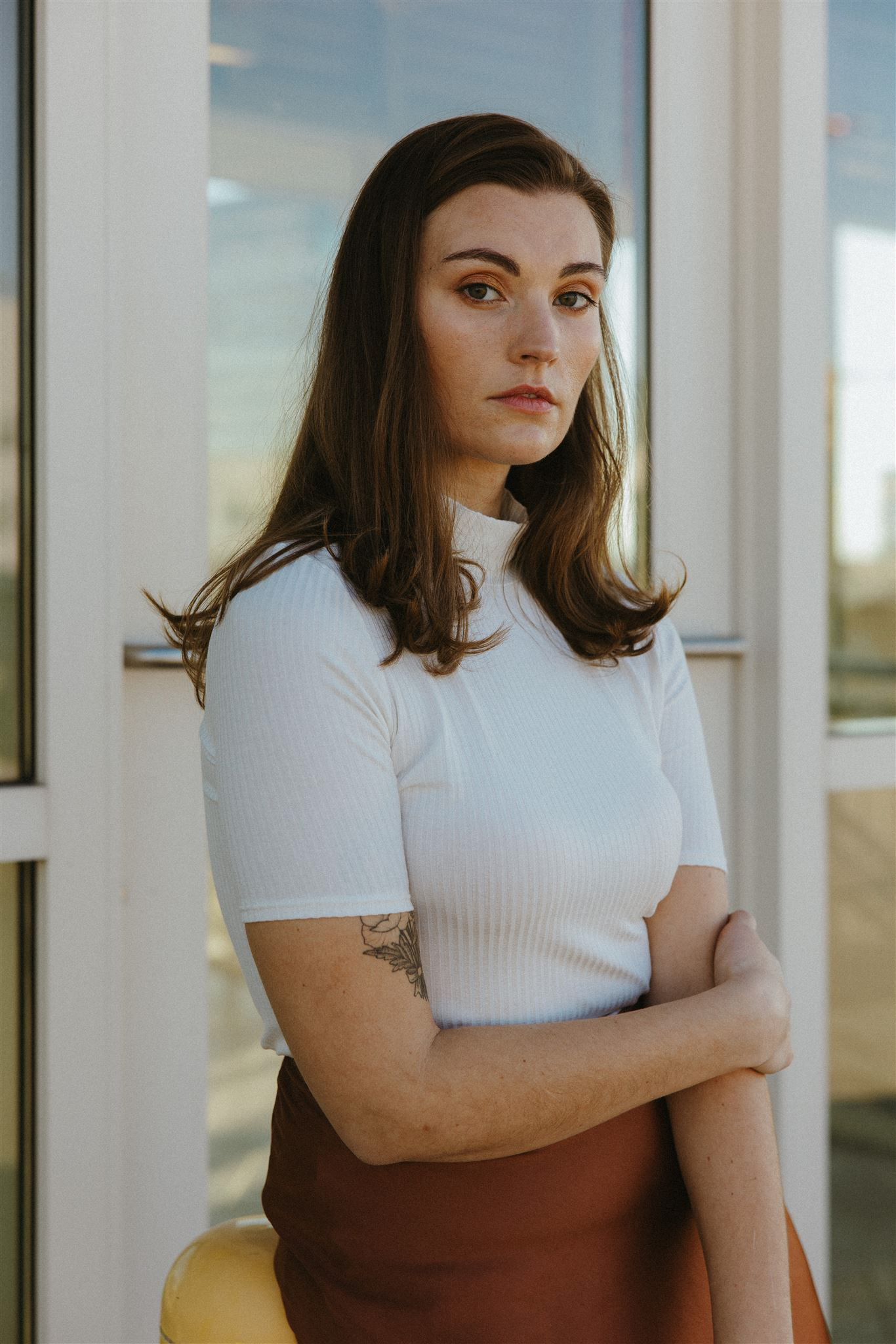 Thank you so much for having me! I’ve wanted to be a performer ever since I can remember. I was lucky to grow up constantly surrounded by art – my dad is an artist and musician. I did my first commercial at 6, and from then on, I knew exactly what I wanted to do. The town I grew up in, Cheshire CT, had an incredible community theater program for kids so I was able to do musicals every summer from 4th grade to 12th grade.

This is a great question! I think the foundations of acting in musicals and non-musicals are the same. I was lucky to have some incredible professors at WCSU. Sal Trapani, Pam McDaniel, and Julio Agustin taught me everything about breaking down a character, using your imagination and especially the business side of acting – which is extremely important. You also learn how to use and control your voice. Debbie Lifton was my vocal coach for four years and it was incredible how even my speaking voice became stronger.

I was also given a chance to grow as an actor at WCSU. I struggled in high school, dealing with anxiety and depression, and was often absent from school. The only reason I would show up was if I had rehearsal later that day, or sometimes I would only show up to rehearsal, which was (understandably) not encouraged by the school. Once I got to college, the support system I had in the theater department was incredible, and I was finally able to thrive in an academic setting. This resulted in being able to thrive in the productions, and this built my confidence back up and was a huge turning point in my life.

You star in the upcoming action thriller American Siege. What initially drew you to the role of the film’s protagonist, Grace Baker?

I love Grace Baker because on the outside she’s a tough, no B.S., straight-shooting (with words and guns) person who knows what she wants. She doesn’t care what people think and isn’t looking for approval. On the inside, what pushes her is her love of family. We find out in “American Siege” that all her life, Grace has only had her siblings. When one of them goes missing, she’ll stop at nothing to find answers. It’s that love that drives her in this film.

I think my favorite part of acting is being able to use my imagination, so being able to put myself in a character that has experienced something completely different from me is fun. So, I don’t necessarily prefer to play characters that I have a personal connection with at first glance, but through working on my character I think I can always find a personal connection. Mostly because I believe that as human beings, we all have similar experiences and emotions, and one of the beautiful parts of tv and film is being an audience member and feeling that connection even if the character doesn’t reflect ourselves. I think the same goes for playing characters. 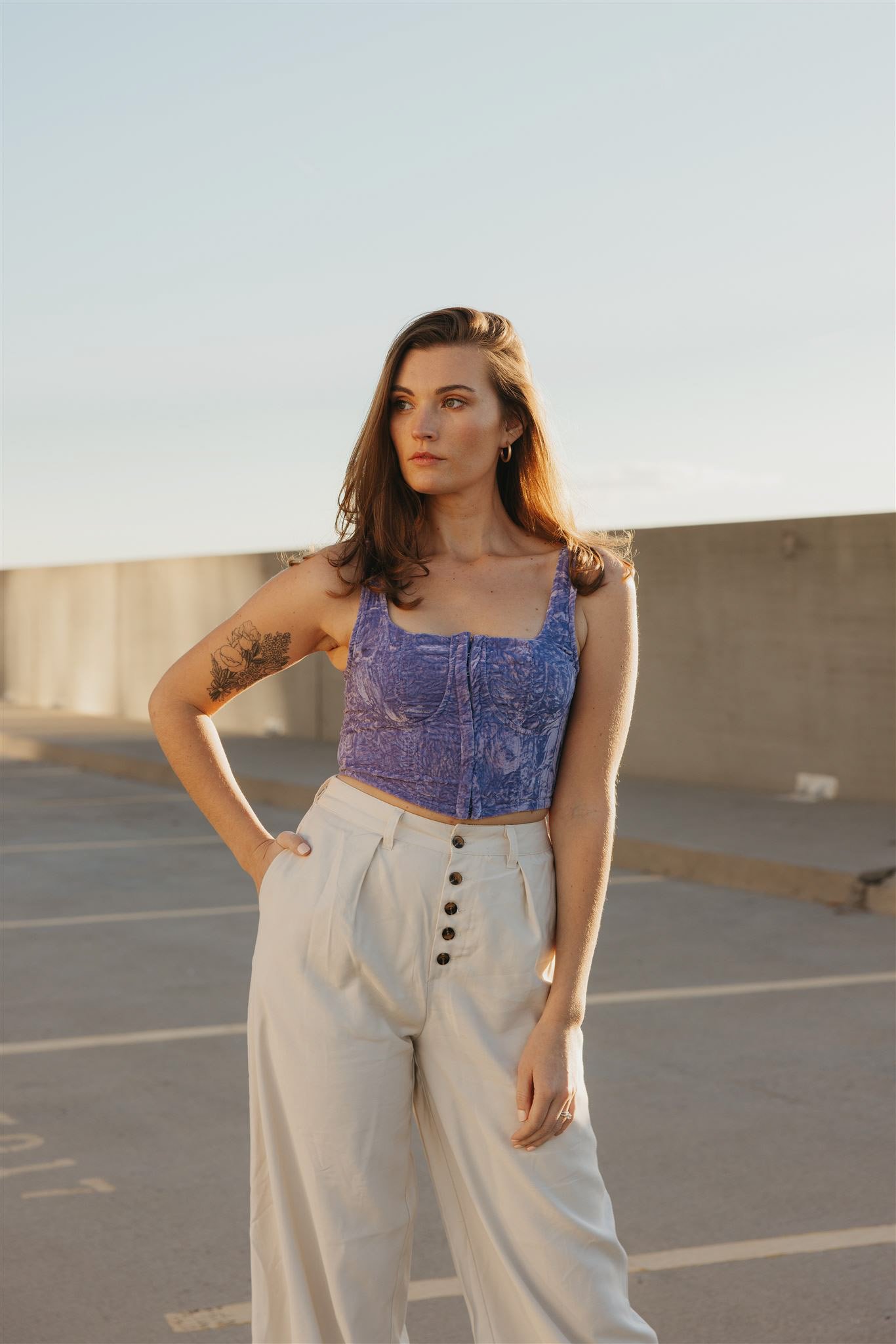 Can you tell us about your experience working opposite Bruce Willis?

Bruce Willis is great! He is a personable, down to Earth guy who knows how to get the job done. He was very relaxed on set, joking around and having conversations with everyone. It was an honor to work with such a professional.

Do you have any acting techniques or routines you use to help get in character?

I love to make mood boards and playlists. I’ll listen to certain songs on my way to set to start getting into character. I mentioned before that I learned a lot at WCSU as far as breaking down a scene and a character. I make sure I have a backstory and an objective, an overarching objective and an objective in each scene. I also believe that acting is about discovery, so in the moment I try to focus on the things my character is learning or feeling based on the environment or dialogue.

You also work as a teacher in Nashville. Can you tell us about the experience? Is it rewarding in a way that’s different from acting or singing?

Teaching is a whole different ball game! I teach middle school, and I love it. My favorite is working one-on-one with my students to see them understand something they didn’t before. I teach science, so instead of reading a textbook and taking notes we try to make it discovery-based. It’s a little harder to do in a COVID world, but there are some great online resources. I love seeing kids work problems out and get interested in the world around us.

Since you’re accomplished in multiple fields (acting, singing, photography, teaching); which do you enjoy most?

It’s a tie between acting/singing! I could do either one for 24 hours straight!

I was extremely lucky to find my mentors in college. All of the professors at that school have done Broadway, commercials, TV and film, so they had valuable insight into the business, and I still keep in touch with them today. Julio Agustin in particular, has a book called “The Professional Actor’s Handbook: From Casting Call to Curtain Call” that I still re-read, and I even talked with him for advice when I booked American Siege.

It was a lot harder finding a mentor in Los Angeles, because I couldn’t find an acting class I liked. I remember in one class I took; the goal was basically to cry every class. Eventually I called the teacher and said “I think the things I’m learning in this class would be better discussed between me and a therapist.” because it was really just the teacher telling us to relive our worst experiences. I would recommend young actors be careful about what classes they take, and to make sure it feels authentic to you. 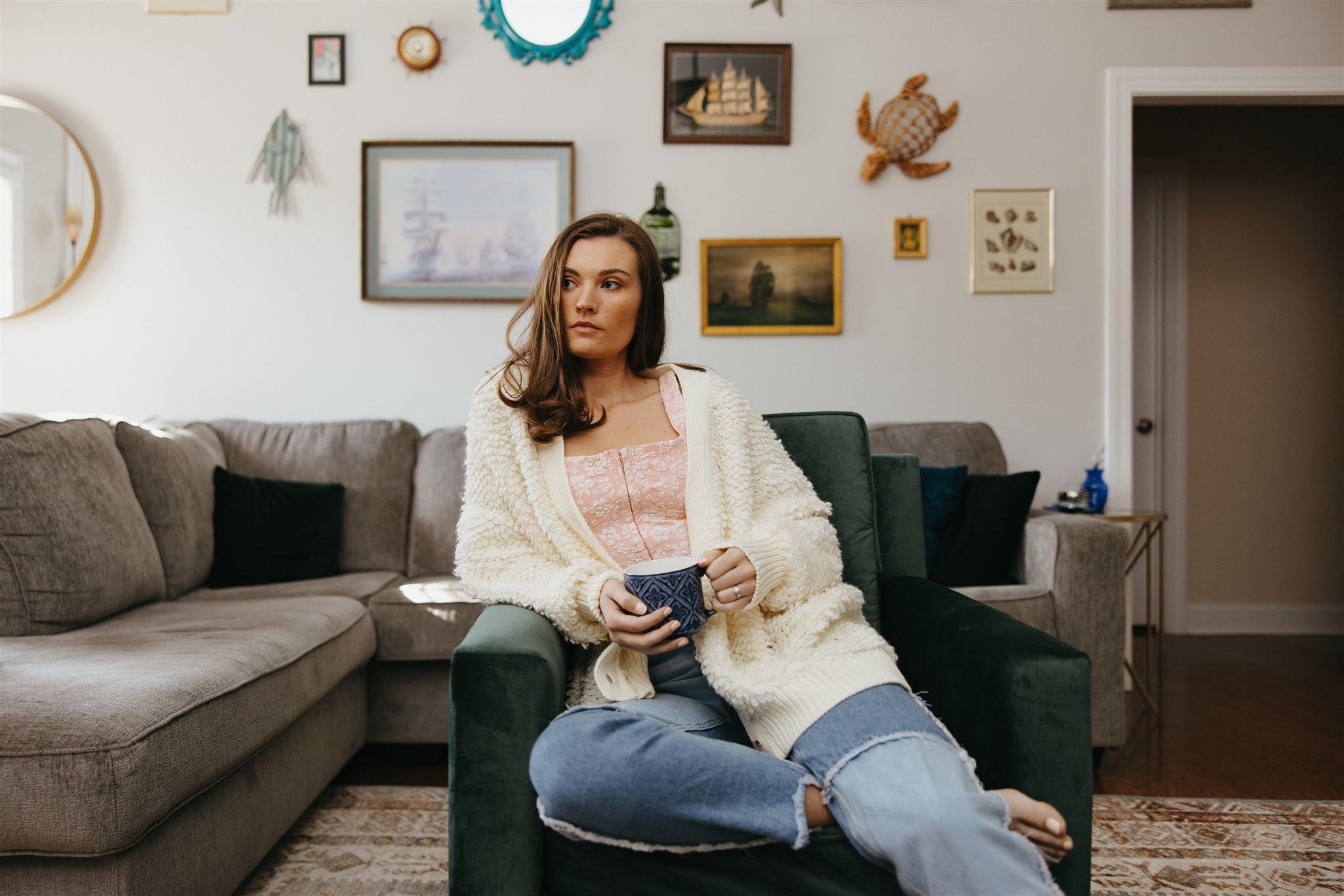 You recently released a single on Spotify titled “Dislove”. Can we expect to hear more music from you in the future?

Yes! Working on “Dislove” with producer and co-writer Kit Nolan was a fantastic experience. I definitely have plans to release more music in the future. I have a few songs on that list already.

What is an aspect of your performing talent that you want to explore more in the future?

I would say music – I want to continue improving on my guitar playing and collaborate with as many writers and artists as I can!

You and your wife are both passionate about the LGBTQ+ community and its charities. Is this shared passion something you look for when looking for collaborators on other projects?

Yes we are! This is absolutely something I look for when collaborating on other projects. In fact, this was the goal of my short film Breadwinner. I wanted to work with a majority queer-identifying cast and crew, and I wanted the lead characters to be an LGBTQ+ couple. The plot doesn’t revolve around them being lesbians, but instead they’re just a regular couple dealing with regular couple problems. Our director, Heather Ballish, supported and uplifted this goal at every point possible.

She is an incredible director and cinematographer, and I was lucky to collaborate with her on this. It’s important to me for LGBTQ+ projects to be a safe space. I’ve also worked with LGBTQ+ musicians and co-writers, and that is where I feel most comfortable to express and create the things that reflect me, authentically.

Do you feel a responsibility to use your platform to shine a light on LGBTQ+ issues?

Absolutely! That is one of my priority goals. On TikTok, I’ve been lucky to find a platform to do that as well. My wife and I started a series last year called Deck the U-Hauls, which was a cheesy, lesbian Christmas series. So many people have expressed to me on TikTok that they want more LGBTQ+ representation in the same, normalized way as heterosexual couples and stories. As a teacher, I think it’s also important to shine a light on LGBTQ+ youth issues. I see firsthand how being an ally to this young generation can be life changing for them.

That would have to be American Siege. This whole experience has been a dream come true. I’m extremely grateful to Ed Drake for allowing me to bring Grace Baker to life. 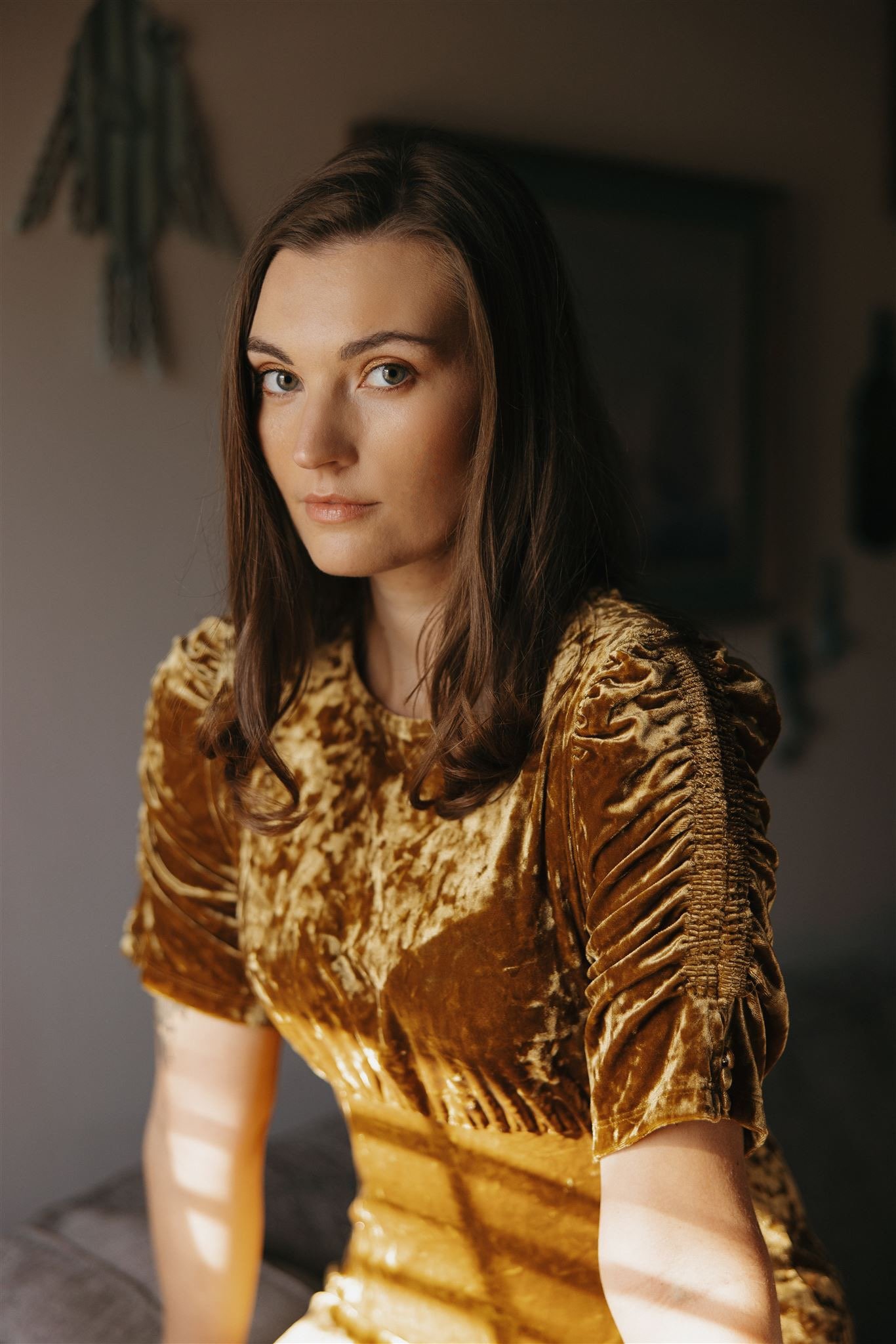 My greatest personal success has been battling with my anxiety and depression. It was really bad in high school. I wanted to drop out, and I had completely lost hope in life, I slept all day and the only thing that kept me going was wanting to be a performer. I had a great support system – my parents and family never lost faith in me and continued to encourage me throughout that time. Looking back, I can hardly recognize the person I was, and my heart hurts for anyone going through that. I still deal with anxiety, but I’m able to cope with it a lot better.

I have a script that I’m developing right now called Daughter, where the main character finds out a secret about her late father that changes her life.

Are there any actors or filmmakers you’d like to work with?

I would love to work with Quentin Tarantino.

I tell myself all the time “The only way you’ll never reach your dreams is if you quit.” There is no timeline for success, and you never know what moment will change your life. If this is what you want to do, there’s a reason you feel that. Keep going. Help others. Create as much as you can.

What is your favorite film of all time and why?

I love Kill Bill Vol 1 and 2, because it has strong female characters, it’s action packed and by the end of the second one I was crying. I’ve always thought that the film’s ability to be gory and unapologetic, as well as emotional, is great.