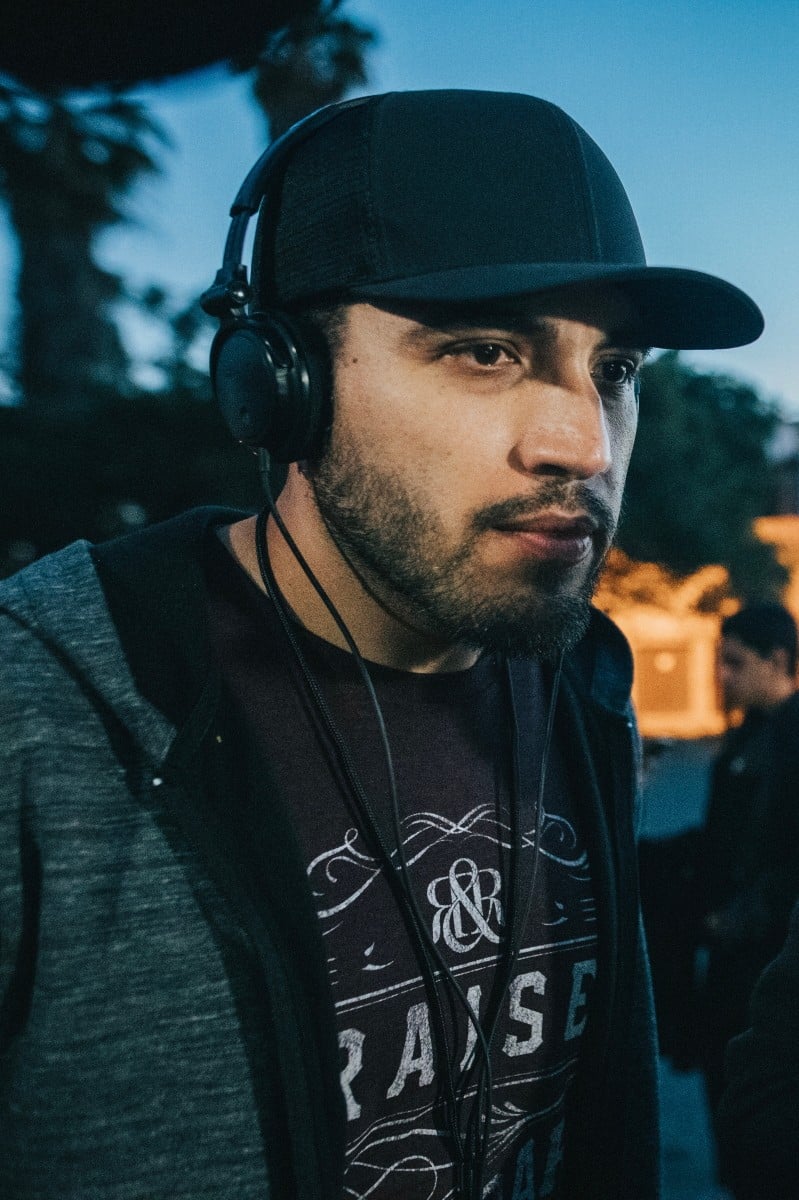 With so many modern advancements in technology, the possibility of time travel feels more inevitable and less like a movie backdrop these days. In fact, it probably wouldn’t surprise anyone if we learned that Elon Musk was working on this idea right now. So, if time travel did exist – who would you visit? A relative long gone, a world leader of another era or your favorite iconic figure? What if you could meet yourself from a past life?

Technology helps a woman travel through time to seek revenge on her past life killer in the new sci-fi thriller film, One and the Same.

The futuristic tale marks the directorial feature film debut for Felipe Cisneros, who also wrote and produced the project, which stars veteran actor Glenn Plummer, and several young talents, including Makena Taylor, Acoryé White, and Ignacyo Matynia. Released in March, One and the Same is available for streaming on iTunes and other major platforms from prominent independent distributor Gravitas Ventures, a Red Arrow Studios company.

Shot in 2019 on a tight 16-day schedule with only 30 crew members in Baja, Mexico, the film delivers and intense journey of vengeance meets reincarnation. And, the path to get there proved just as challenging and stimulating for the filmmaker.

We caught up with Felipe Cisneros to learn more about the making of One and the Same. 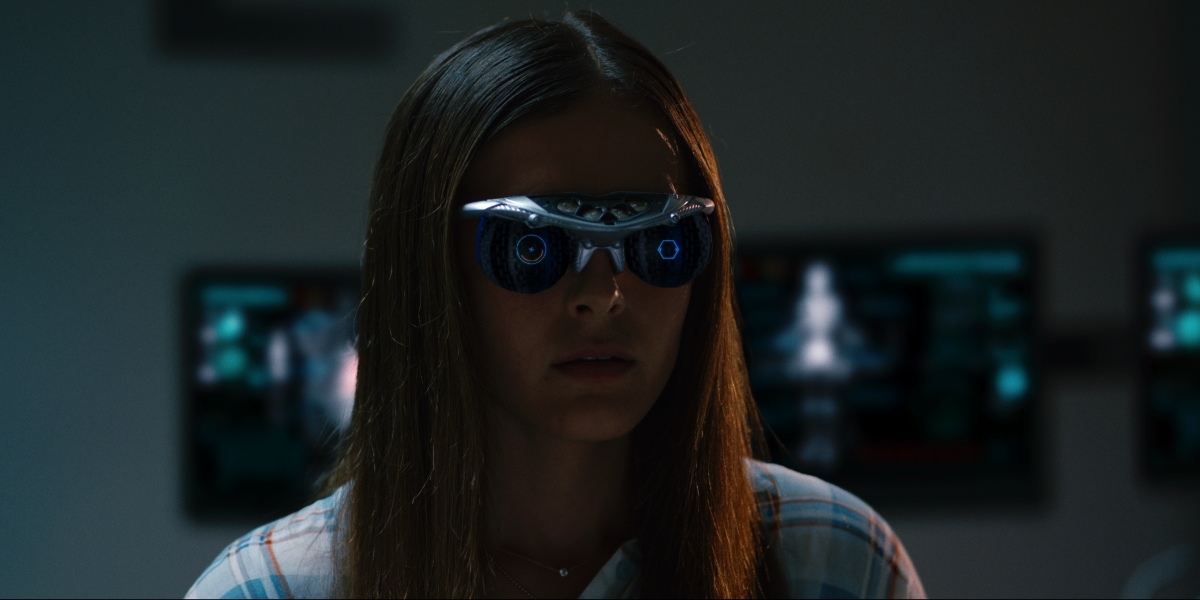 For anyone who hasn’t seen it yet, tell us about One and the Same.

The film is about a reckless young woman named Lola, who tries to do the right thing but at the cost of violence. However, things begin to change once Lola receives an invitation to a secret facility where she discovers an experiment beyond space and time. With the aid of modern advancements, Lola then uncovers her own past life as a teenage boy named Robbie. But as Robbie’s story begins to unravel, injustices are revealed, sending her spiraling down a malevolent path for revenge against the ex-con who killed him.

What inspired you to write this story?

I’ve always been fascinated with life after death, and what happens to our story once we’re gone. Eventually time outlives us all and our accomplishments disappear into space and time. Being forgotten is scary, but what if it didn’t have to be that way? That very question is what eventually inspired the idea that led to this film.

There are some pretty intense moments your actors go through. Did you rehearse in advance or how did you get the performances you wanted?

Because this was an independent production, time was not on our side. Rehearsal just wasn’t an option in my case, but I worked with what I had. Instead, when it came to intense scenes that I knew were coming up, I pulled the actors aside and gave them a speech like I was preparing them for the big game. There was little room for error, and I made that clear. Sometimes that pressure brings unexpected performances, and for the most part I was fortunate enough to get what I needed.

You shot the film in Baja, Mexico; what was that like?

Shooting in Baja Mexico is like shooting in the wild wild west. So much can happen at any given moment, it’s equal parts scary, and exhilarating. Three days into our shoot, we were filming at night where a vehicle had to drive back and forth down a dark street in a sketchy neighborhood. On our last take, I had to walk down the street alone to get back to the crew, when out of nowhere, two of the meanest, savage looking guard dogs that came up to my waist, began chasing me down that dark street where I ran for my life. Luckily the crew were able to scare them back, but only after I reached them twenty seconds later. But that night wasn’t through with me yet.

After we wrapped, we began driving back to our home base, only to be pulled over by the police. There were two actors, myself, and at least ten crew members in three vehicles in total. Apparently, somebody living on that sketchy street called us in, thinking we were up to no good. So, what began with a single police vehicle, turned into four vehicles that surrounded us with at least ten officers all wielding the biggest machine guns I’ve ever seen in my life.

There was lots of confusion, and misunderstandings, but when an officer searched one of our vehicles and found a prop gun, all bets were off, and we were all going to jail. Guns were brandished, threats were made, but our crew who was from the area knew what this was, and refused a shakedown.

Slowly, I saw my first feature film wither away and began preparing a speech in my head of what I was going to tell my loved ones back home. Luckily our producer showed up ten minutes later with the Rosarito Governor on the phone to defuse this mess. It was the scariest thing that happened down there, but it makes one helluva story. 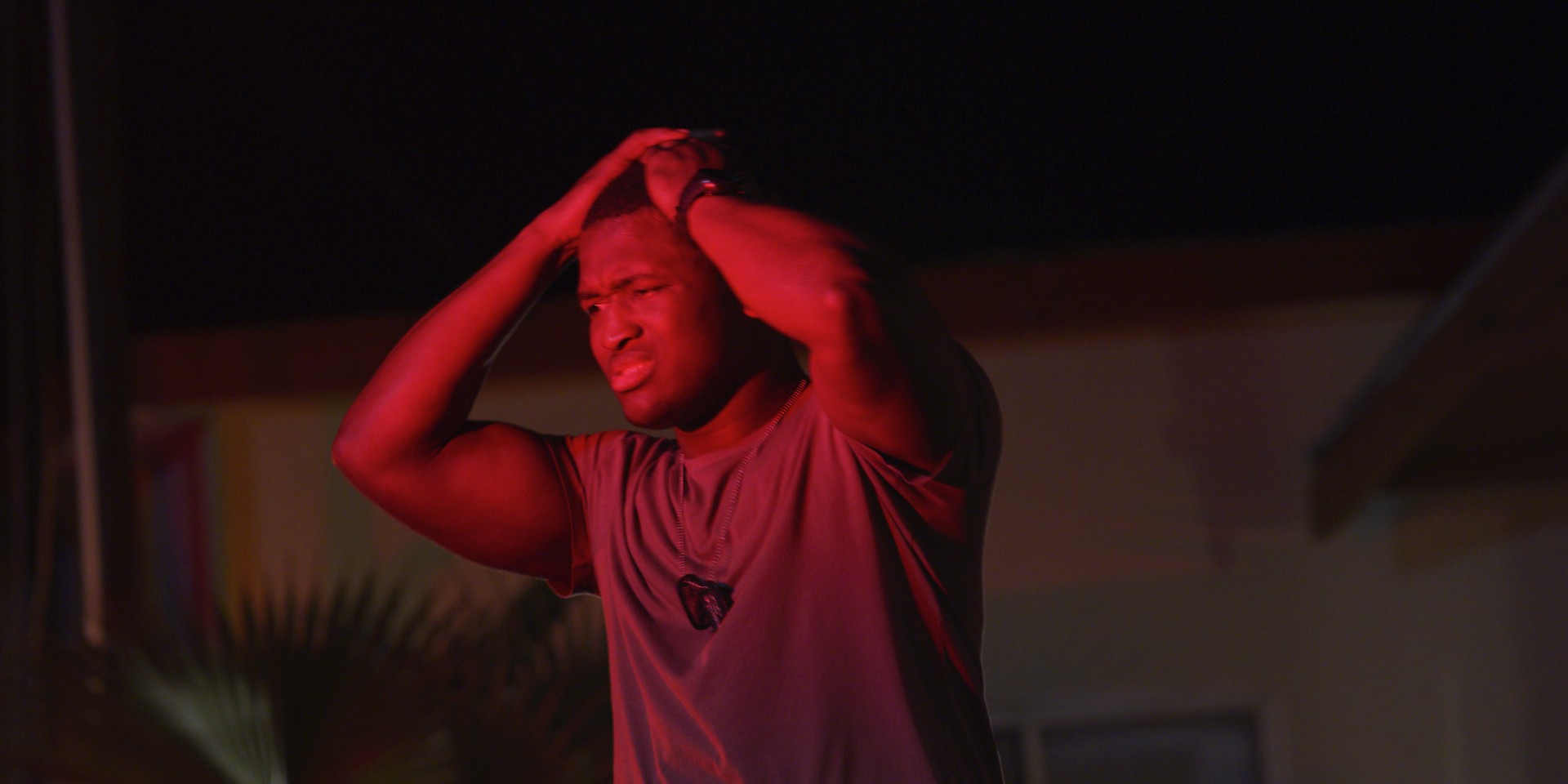 As a filmmaker there are always obstacles you have to overcome. What was something you had to deal with for One and the Same?

One and the Same was supposed to be shot between Sacramento California and San Francisco. Due to budgetary restraints, and too many locations, I was told that it couldn’t be done. Refusing to scale the story back, I took my film to Baja Mexico and made the film for half of what it would have cost in the states. While that forces you to get creative with locations, especially when you’re shooting scenes in the city, surprisingly you can get away with making it look like you’re shooting in downtown Los Angeles.

Also, casting was incredibly challenging. Getting actors to agree to shooting in Mexico was a feat in itself. Many kept backing out even after signing their contracts. There was this fear about what Mexico was really like, and they didn’t feel safe. It almost became a running gag, that every time I saw one of the producers approaching me with sweat running down their face, I already knew bad news was heading my way, and another one bit the dust.

What are you hoping audiences take away after watching the film?

I hope they consider the “what if” of it all, and apply it to their own life to see what they would do in this situation. If they’re talking about it afterwards, that’s good enough for me.

If it was possible, would you travel through time to visit your past life?

I think so. Though, I feel that’s one of those things you just can’t unsee and I don’t know how that would make me feel afterwards. It might make me a little crazy. Like I’d have this need to compare myself to them, and discover all our similarities, assuming there were any. 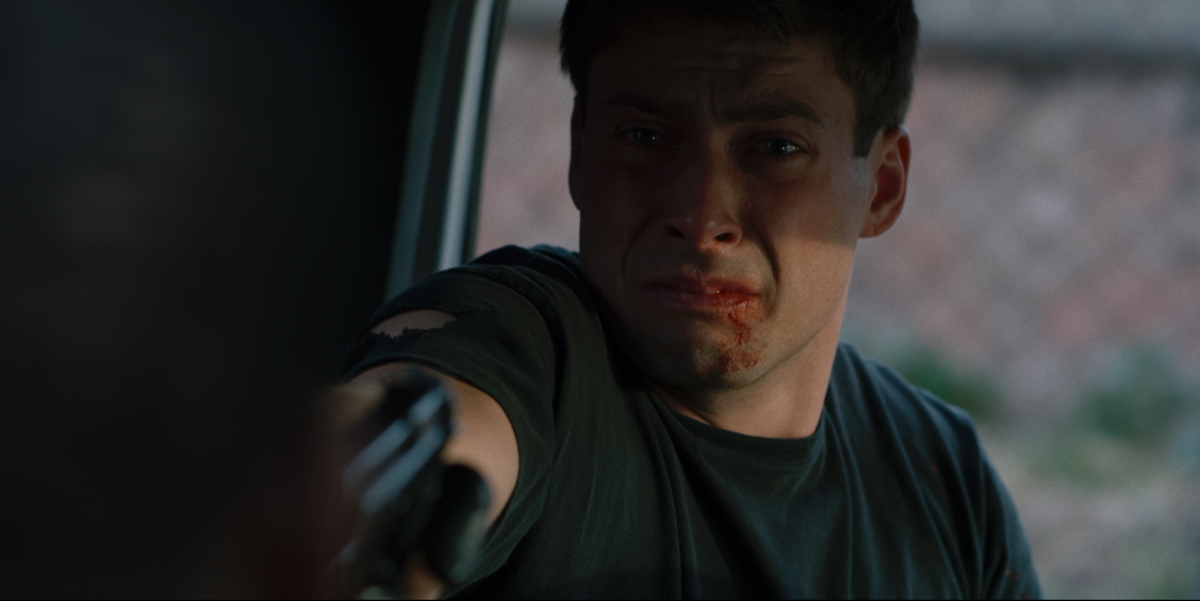 I initially had my sights set on acting during college, and took a few courses along with improv. I had a blast. I couldn’t have wanted it more. Like many, I was glamoured by the glitz of it all and couldn’t wait to play make believe on the largest scale. But as I went down that road, I quickly realized I wasn’t going to be able to do this, at least not well. I was pretty disappointed, but I knew I wasn’t done with film yet.

I loved it too much to just give up. So, I tried writing. It was something that always came easy to me, and for the first time I felt like I could really do this. And after months of research, googling online, I taught myself how to write a script. And in the summer of 2014, I wrote my first short film, had it produced and directed, and the rest is history.

You gained experience by working on short films. What are the most important things you discovered on those projects that helped you with your feature film?

The most important things I learned from those smaller projects was how to deal with the ongoing failures. You’ll never avoid mistakes on short films, they’re inevitable especially when you lack experience. But if you pocket those failures, they’ll always come in handy when you’re ready for the big stage. It’s like having a map of all the landmines ahead of you. You might still set one or two off, but at least you saw it coming. 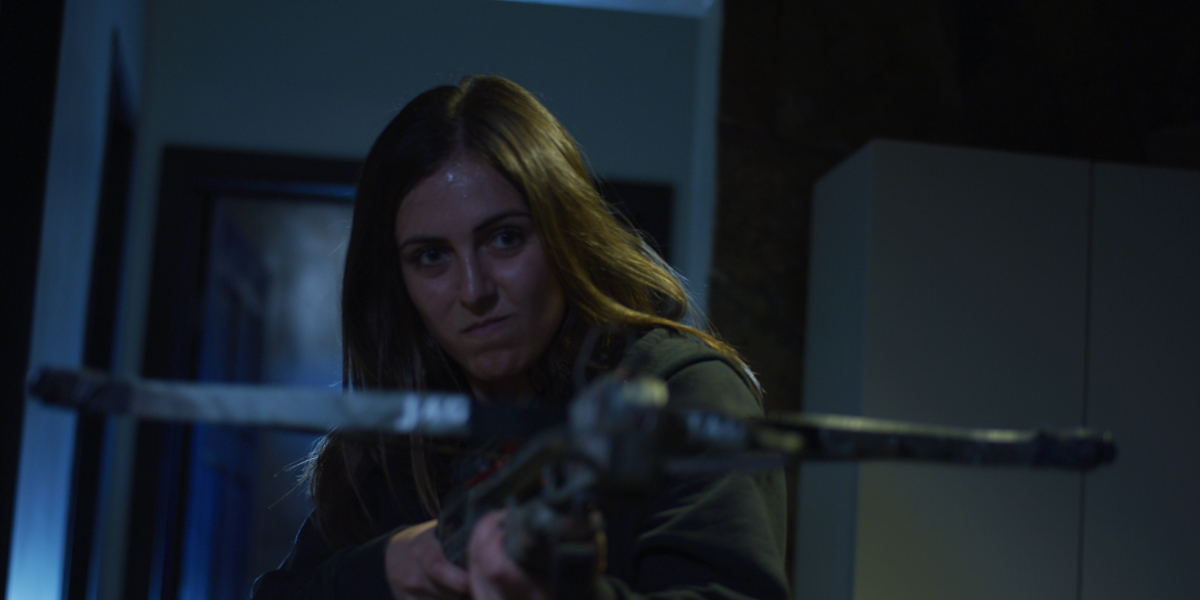 Since One and the Same was your feature film debut, was it everything you thought it would be? And, what would you do differently?

I’m incredibly critical of my work. It would have to be perfect for me to feel okay about what I did. But I did what I could within my means, and that I’m proud of. Would I change anything? Oh, you better believe it. In a heartbeat.

Overall, what’s been the most challenging aspect of filmmaking? And, the most inspiring?

For me, the most challenging aspect of filmmaking has been post production. Everything before that is the fun stuff. Post production requires patience and endurance. Both which have been tested beyond their limits, if I’m being honest. The most inspiring thing about filmmaking is when collaborations with other artists creates something you never saw coming. Whether it be a performance, an ad lib, or a wonderful arrangement in the score. 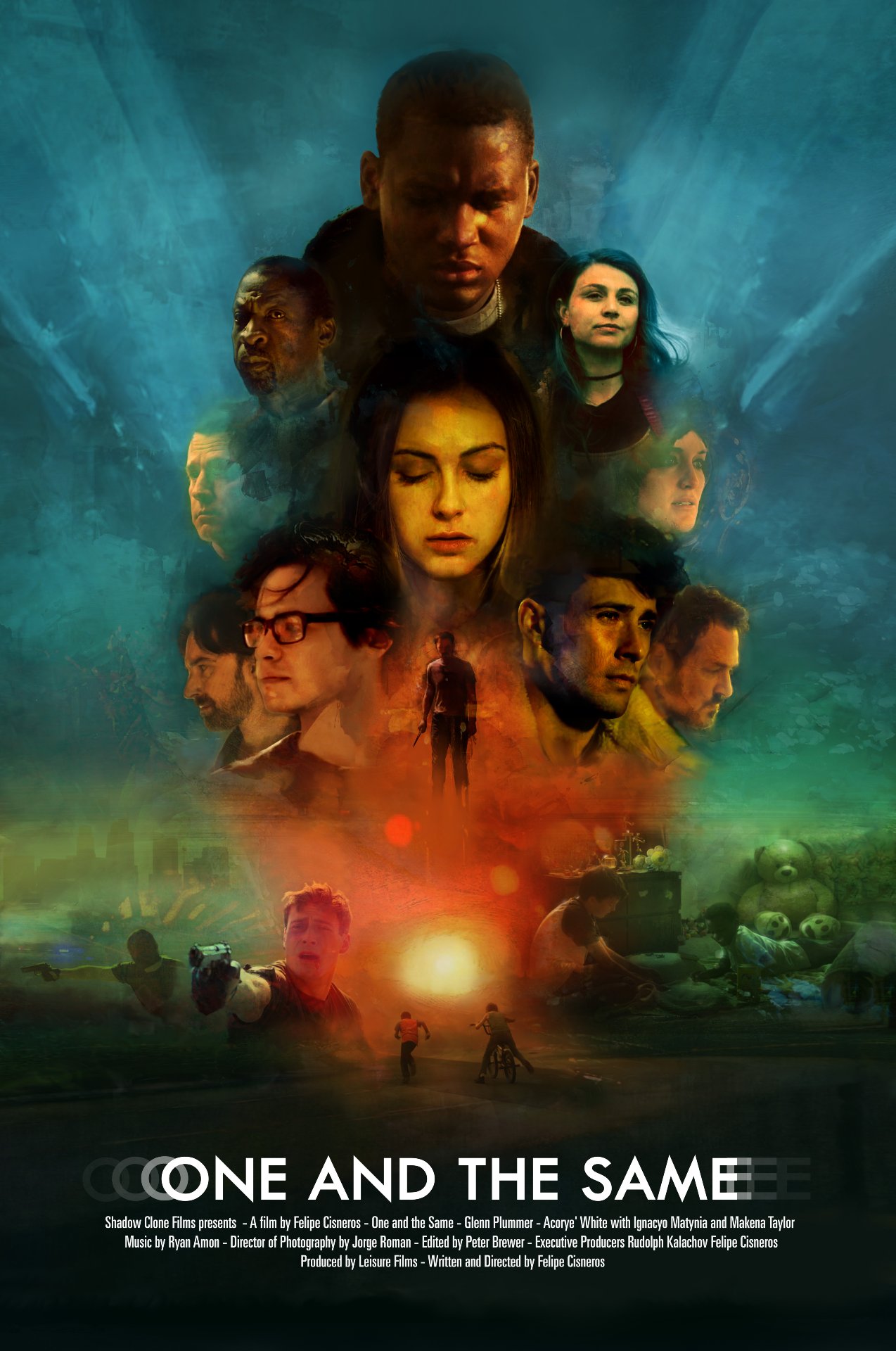 Never settle for what everyone else wants, you’re the one that has to live with this for the rest of your life.

We can’t let you go without asking: what’s next?

I’m currently seeking producers to get my next feature film off the ground. That one is titled, To the Wolves We Go. It’s Lemony Snicket meets The Americans and it’s a mystery-drama with splashes of dark comedy that takes place in the mid 80’s at the tail end of the Cold War.