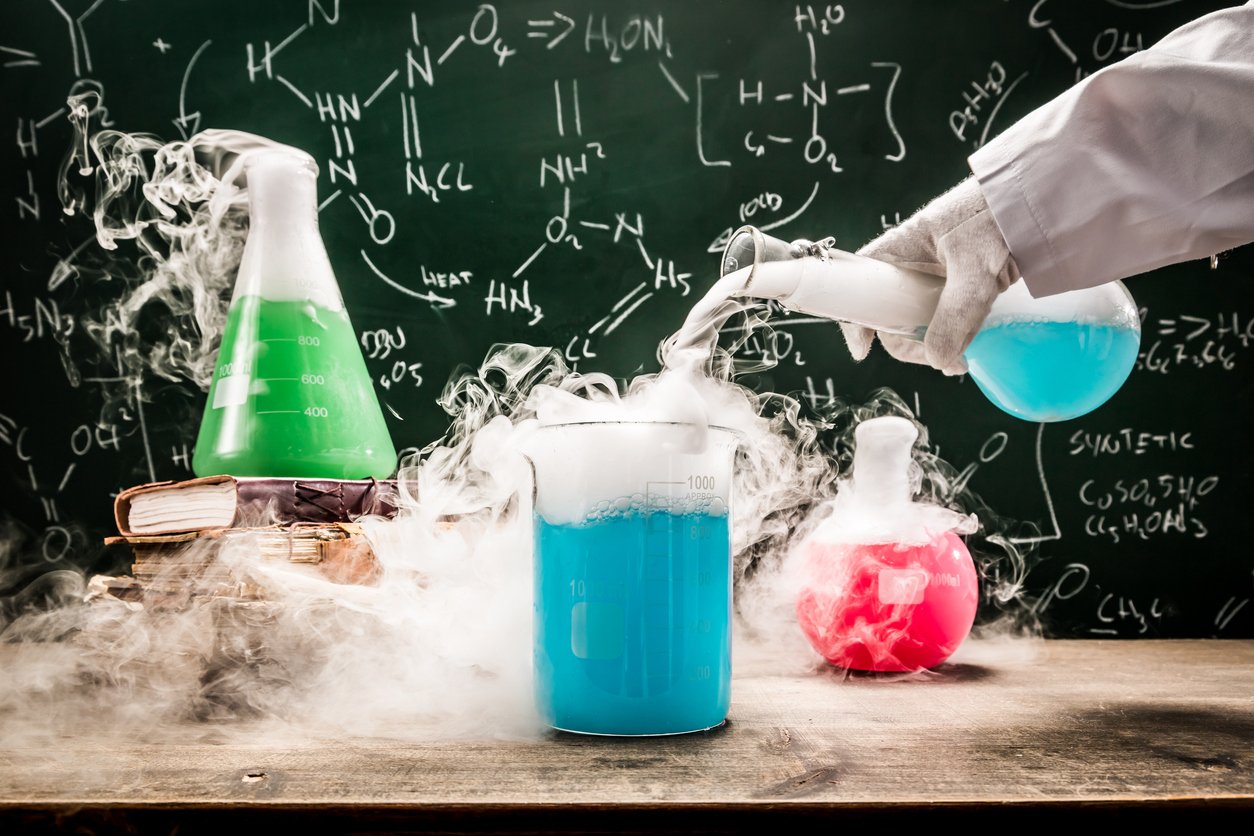 What would movies be without special effects? Well… they would be a little less special, right? This article explores the most commonly used special effects in filmmaking and what’s the role of chemistry in all that. Keep reading below to find out more!

Special effects play a significant role in the filmmaking industry. They have the power to produce enhanced entertainment to audiences and captivate people. They also make everything that happens in a movie more realistic, giving audiences the feeling that everything is happening for real.

But what are special effects? Well, they are nothing more than illusions or visual tricks. And, this is where chemistry shines.

Long before the age of huge green screens that allow filmmakers to drop in whatever background images they want behind the actors or foreground and CGI (computer-generated imagery) visual effects, directors relied on science to create special effects and add some magic to their movies. So, every filmmaker had to be a chemistry guru back then to create the tricks that will excite, scare, cry, flinch, cheer, or, in other words, raise emotions in their audience. 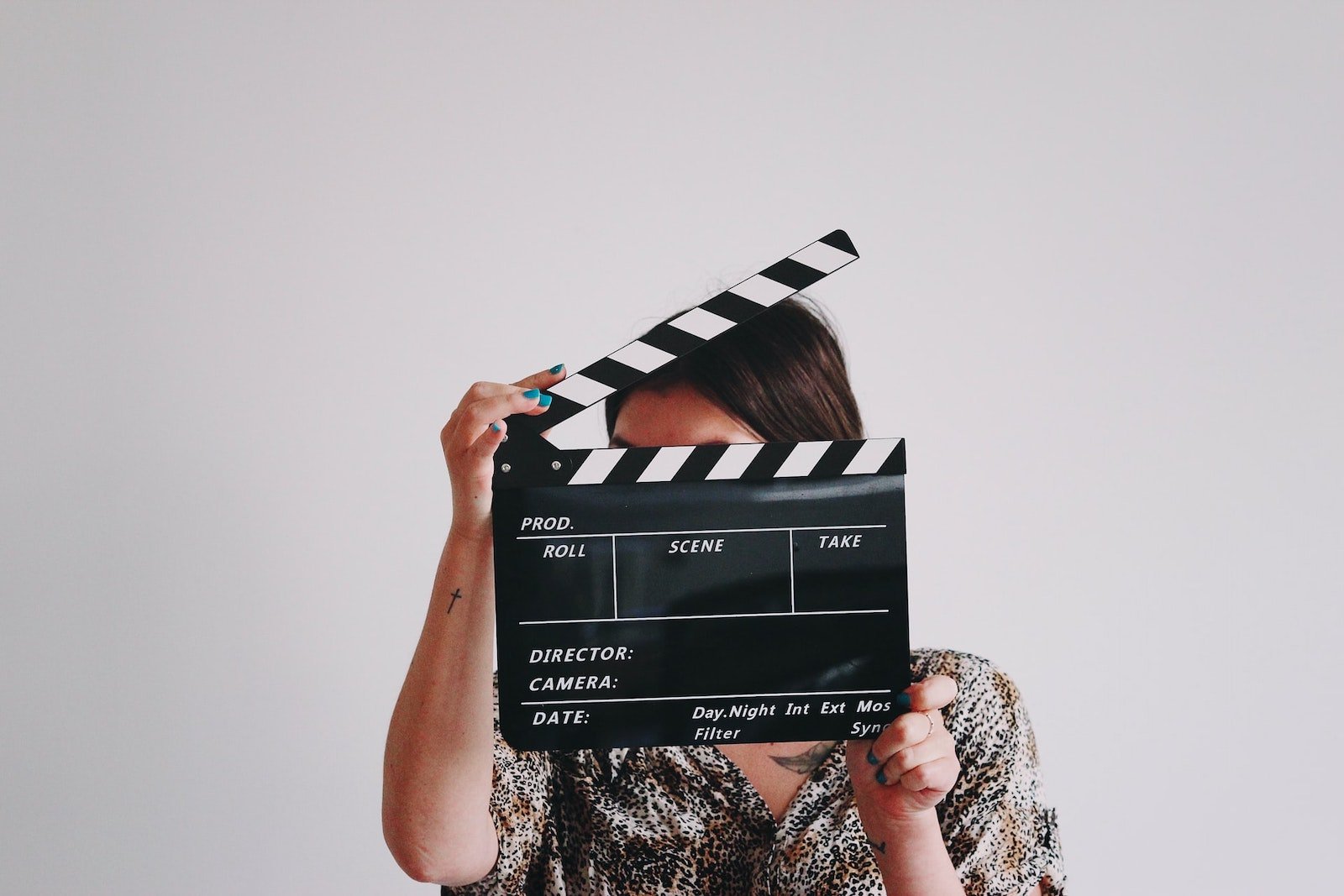 Have you ever seen a suspenseful movie without some smoke or fog in it? We highly doubt that. When the villain runs after the hero or the spooky ghost makes its appearance to scare the protagonists, there’s always some smoke or fog to make the scene more exciting.

Well, this heavy vapor is a fantastic cinema tool, adding a lot of depth to suspense shots and diffusing the light. But, how was it created before technical advancements allowed filmmakers to add it using a computer? It all comes down to some simple chemistry tricks like dry ice added in water to create fog or liquid nitrogen and burning incense or sage. 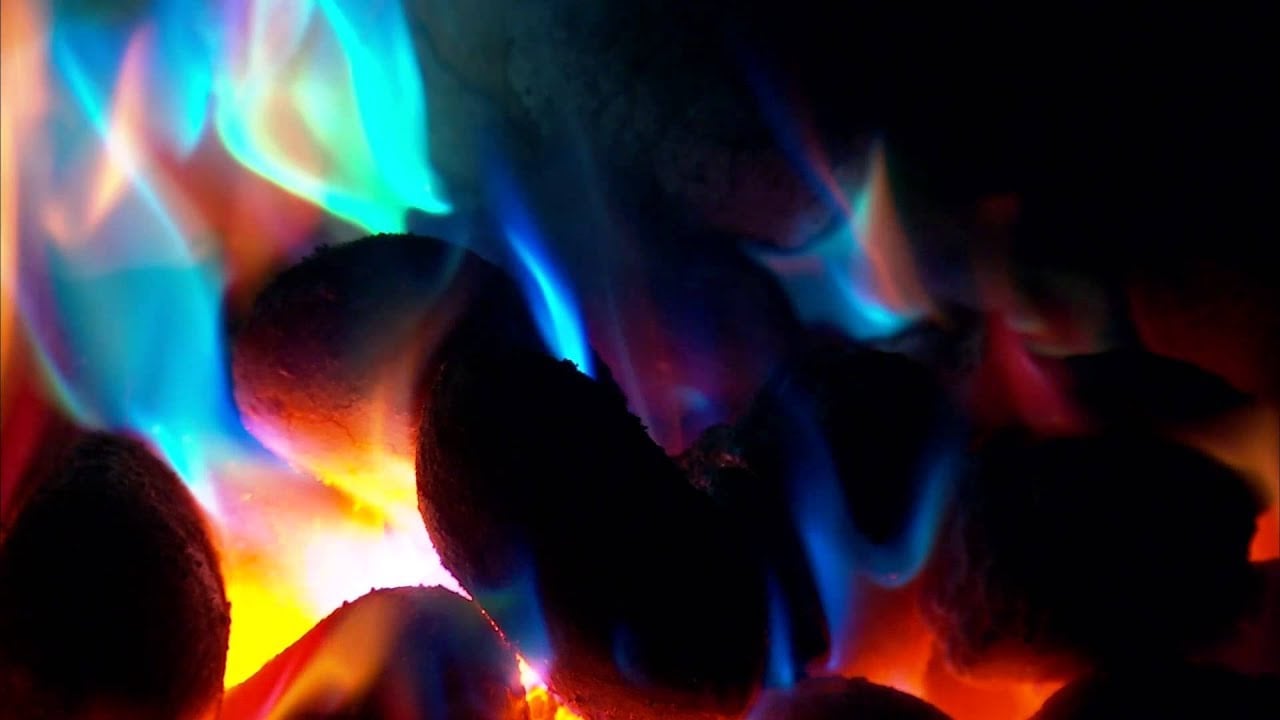 Fire is another very popular special effect in movies of all genres. But, in the real world, fire has the same color scheme, including colors like blue, red, orange, yellow, and white.

In movies, the story is often different. Take Disney movies, for example. Many Disney movies, like Sleeping Beauty or Maleficent, feature green flames, and they are usually paired with the villains of the movies.

So, how do filmmakers change the colors of fire to look more exciting and give the right atmosphere the director wants to transmit to audiences? Chemistry helps here too.

There are actually two ways to create green flames: 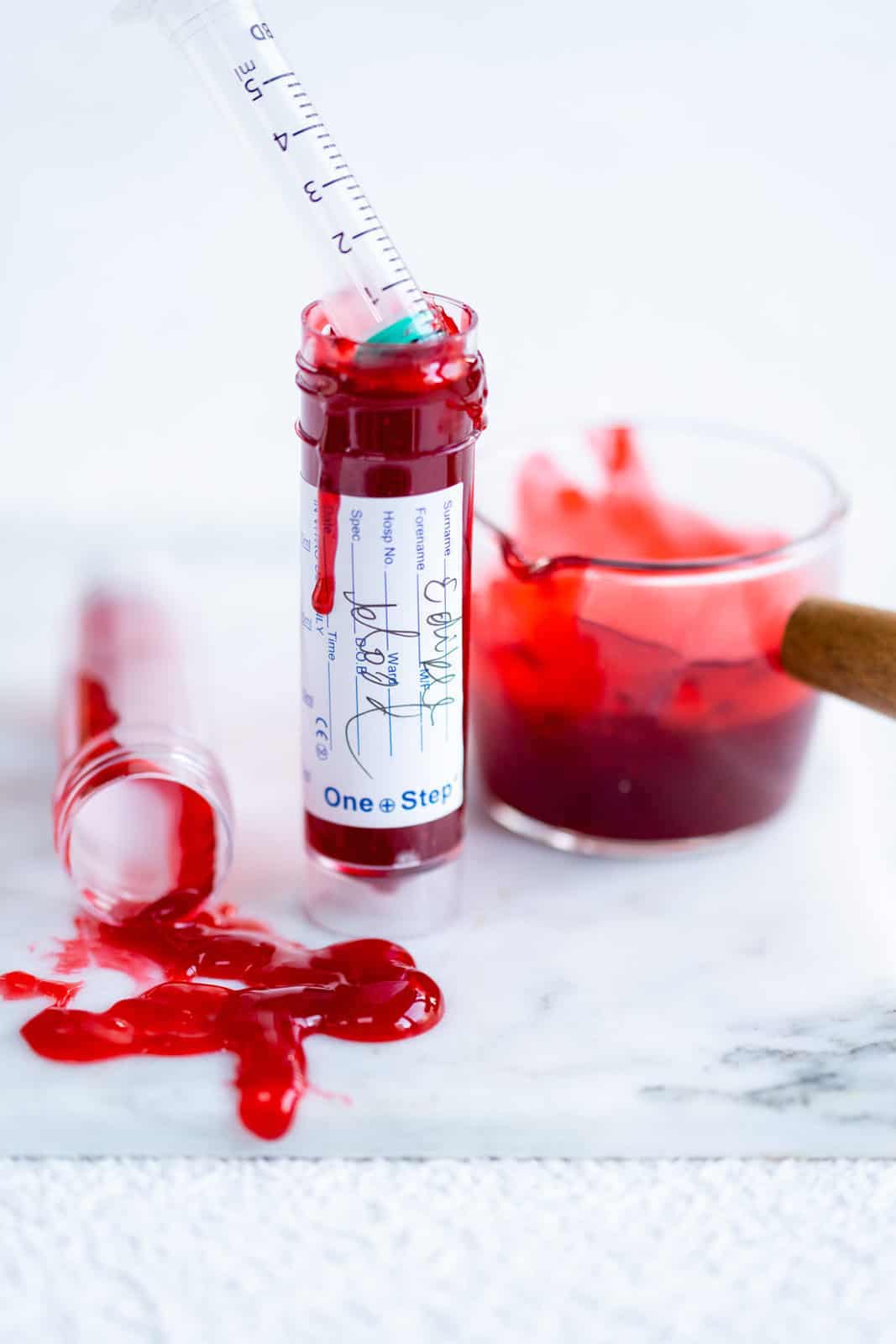 Fans of horror movies, this one is for you!

Those of you who love scary movies that keep you on your toes have probably seen your share of fake blood. And, inevitably, at least once, you’ve wondered, “Is that ketchup?”. Well, short answer: no, it is not. Fake blood in movies is made of something else these days.

But, first, let’s talk a little bit about the history of fake blood in the cinema industry. Fake blood used in a theatric performance was in the early 1900s and, it was nothing more than a mixture of equal parts glycerol and carmine. Later, methylcellulose was also added to the formula to add more consistency to the liquid and make it look even more realistic.

But, here’s an interesting fact: fake blood in black-and-white movies was also nothing more than chocolate syrup. Yes, you’ve read that right. Alfred Hitchcock’s Psycho masterpiece featured chocolate syrup as fake blood because the contrast on the screen needed to be higher.

In more modern times, movies like The Exorcist, Taxi Driver, or The Godfather used Hollywood’s most famous solution for blood which is a combination of regular light corn syrup and food coloring. 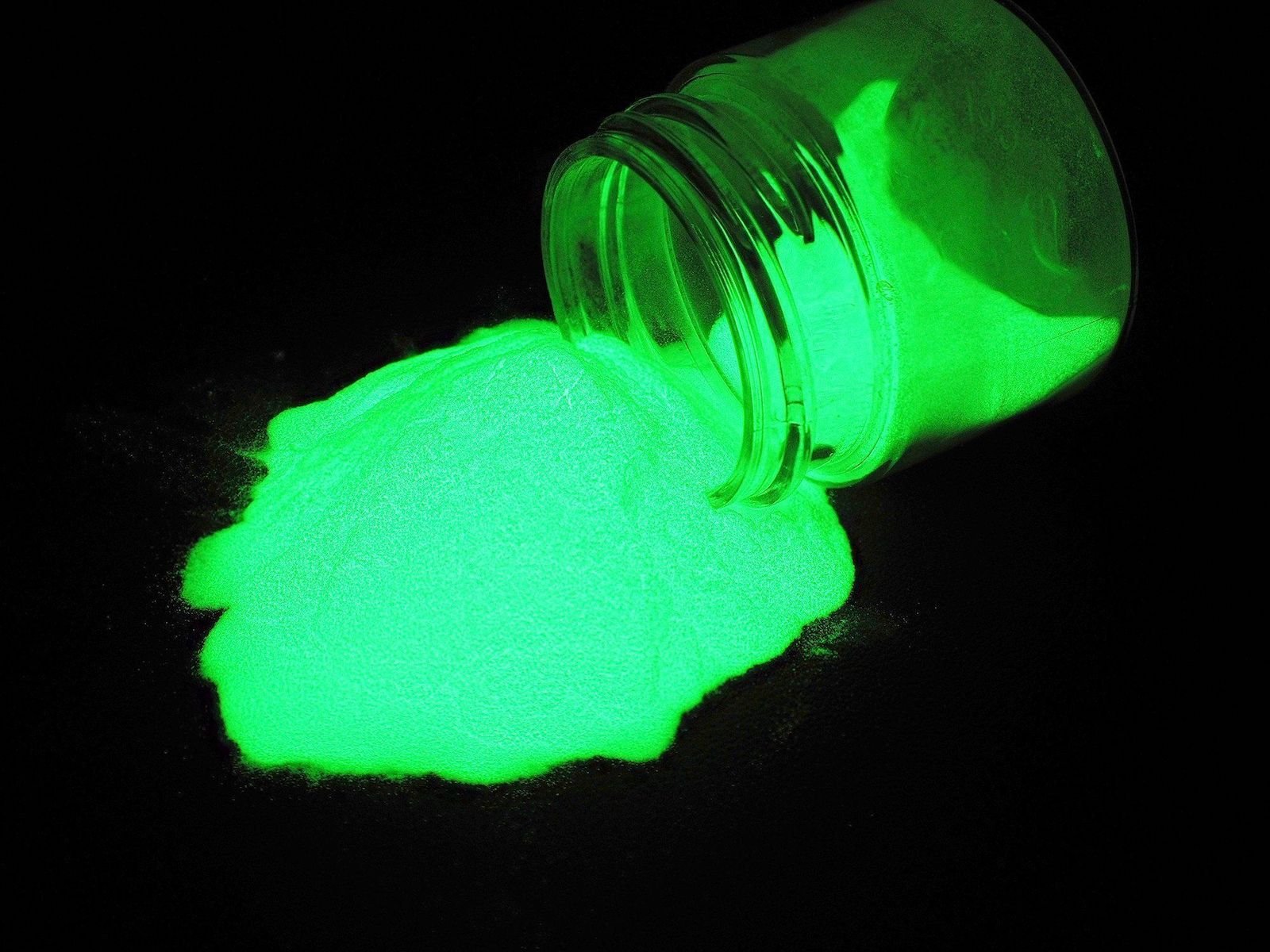 Glowing in the dark

Have you ever wondered what makes things glow in the dark? Well, it is all about a scientific process called chemiluminescence, which is a result of a particular chemical reaction. The glow in the dark chemical compound is made up of different phosphorus, a chemical element.

Now, glow in the dark is another special effect used by many movies, especially SCI-FI movies, but not only. The 2019 British biographical drama film Radioactive is the perfect example of the glowing special effects used. The movie tells the story of Marie Curie and her husband discovering the phenomenon of radioactivity. Fast-forward to our glow-in-the-dark topic: the film features various glowing special effects, including Marie Curie’s bottle of radium and polonium that she constantly carries with her as inspiration to continue her work. 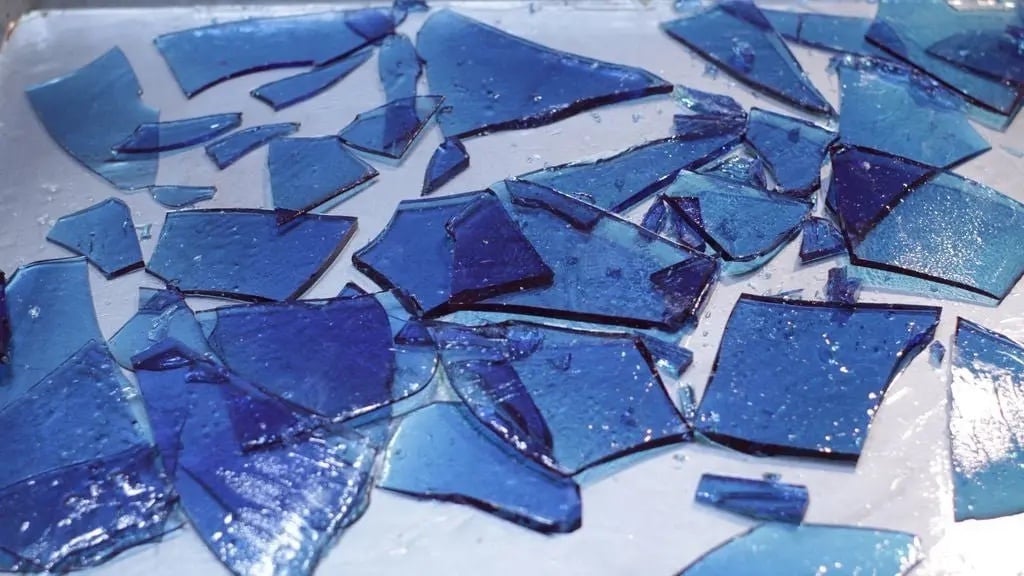 Remember those action movies scenes where the hero and the villain are fighting, and one of them is thrown through a window? It seems painful, right? Well, it isn’t that painful because that isn’t real glass.

Breakaway glass, also known as Sugar glass, is another cinematographic tool used to create iconic scenes in movies. Its name of “Sugar glass” comes from what it is made from: corn syrup, sugar, and potassium bitartrate. The process of making sugar glass involves dissolving sugar in water and heating it to 212°F (100°C). Next, corn syrup and bitartrate are added to prevent the recrystallization of the sugar. But breakaway glass isn’t as strong as regular glass. That is why filmmakers use it to stimulate breaking glass in scenes while also protecting their actors from getting cut or hurt.