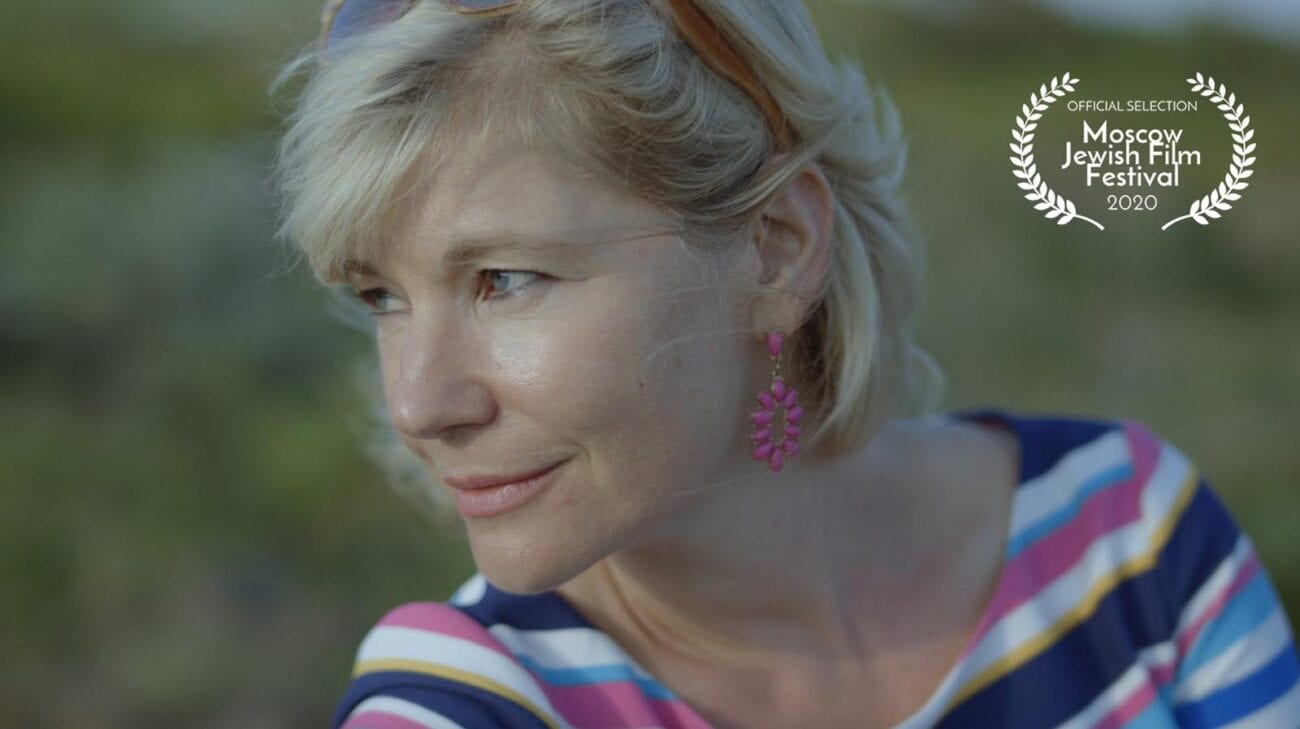 An interview with filmmaker Anna Panova about ‘Point Symmetry’

Anna Panova is a prolific filmmaker and an award winning producer. Panova is from Moscow, Russia, but her works are praised internationally. Her works include the short films Paperthin (2018), Epiales (2019), Light and Darkness (2018), and her most recent film Point Symmetry (2020).

Point Symmetry has just recently entered the film festival circuit, but has already been selected for screening by the Moscow Jewish Film Festival this upcoming November. This short film follows two middle-aged women in Boston whose relatives experienced the opposite extremes of World War II. Ute Gfrerer’s father was a German soldier and member of the Nazi youth, but Lisa Rosowsky’s parents and grandparents are of Jewish descent and were sent to Auschwitz – her father survived.

The film is based on the two women’s stories and the event they organize called “For Our Fathers” where they use songs, drawings, and instruments to experience their grief and legacies.

We had the wonderful opportunity to ask Anna Panova some questions about her film and her career as a whole. Here’s what she had to say. 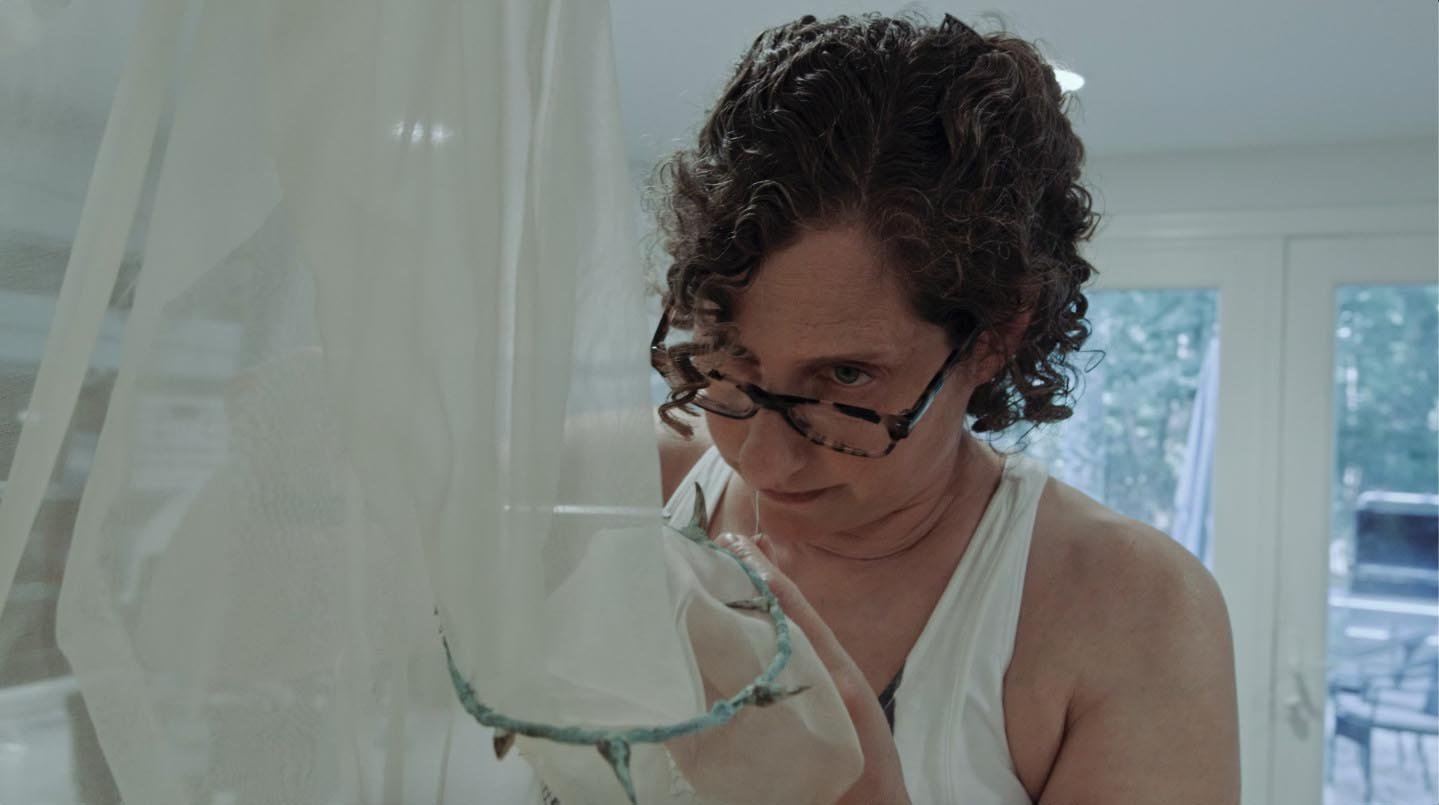 Can you tell us a little bit about your latest short film Point Symmetry?

Point Symmetry is a 16-minute documentary short film that I produced and directed in 2018, and it took me and my team a year and a half to complete it. As always the editing was the longest part. The foundation of the film is a unique story of friendship and a coalition of two women that come from very different surroundings, but who share similar war-related trauma.

Lisa Rosowsky and Ute Gfrerer are artists who were born the same year, but had very opposite life experiences. Ute’s father was a member of the Nazi Youth party during WW2 and Lisa’s dad was a “hidden” kid of Jewish descent. Many of Lisa’s family members were deported to Auschwitz and never came back. Working through family pain and trauma-related psychological experience Ute created a program featuring Jewish composers who were banned during war.

Meanwhile, Lisa was making a series of art-works dedicated to her experience with the Holocaust. Nowadays Ute and Lisa host an evening “For Our Fathers” that features Ute’s songs and Lisa’s art. They hold it at different locations around Boston.

Recently Point Symmetry got selected for the Moscow Jewish Film Festival, which will take place this November. 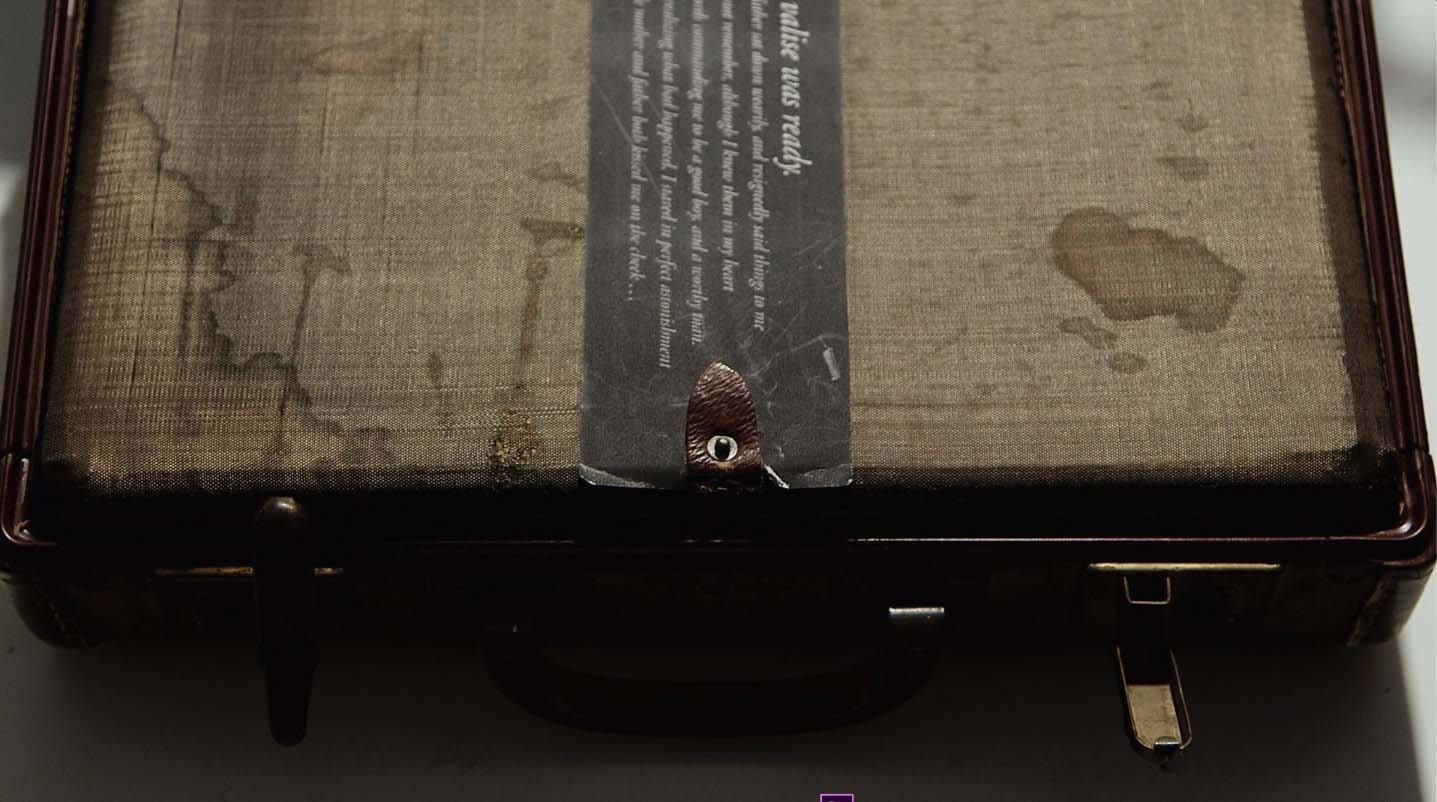 What inspired you to make Point Symmetry?

I am always looking for touching stories and characters for my films. My friend from Boston mentioned [the] “For Our Fathers” program and I immediately jumped in and contacted Lisa and Ute. One of the reasons why the story triggered a lot of feelings inside of me, was because my family (like many other Russian families) was extremely affected by the war. WW2 created a lot of forbidden topics and conversations that never took place.

The other reason which was maybe even more important is that our lives are all about grey space, about accepting that life is imperfect and consists of an endless-chain of mistakes and its resolutions.

Before watching Point Symmetry is there anything you’d like viewers to know or to think about while watching?

I think that films are all about the viewer’s personal experience and individual reflections on the film. I would prefer not to give any advice at all.

Were there any challenges you faced while making Point Symmetry?

The filming went smoothly and it took us several trips to Boston to complete it. The most hideous part was editing – transcribing, rough cuts, storyboards, etc. I and the editor Kuldeep Gangola had to work through a lot of material that we managed to film over several shoot days. The film takes place in multiple timeframes – WW2, Ute and Lisa’s youth, and present time. It took a lot of time and effort to create a parallel structure and to weave multiple storylines together. 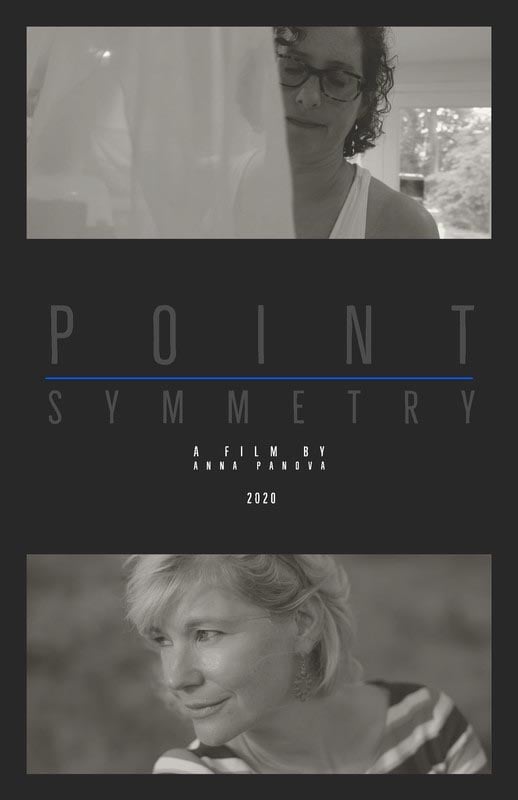 I received my Bachelor’s and Master’s degree in journalism in Moscow. Since I was 16 I was writing for different magazines (Jam session, Izvestia, Rolling Stone magazine, etc.), covering music events, new releases, and sometimes the film industry. While working in the journalistic field I realized that I want to start creating work rather than writing reviews about it.

At that point, I decided to attend NYFA, a film school in NY, and challenge myself in a new field. A year after I received a suitcase of knowledge and my associate degree in documentary filmmaking. It sparked my passion for film, which then extended to the fiction genre. The rest is history.

I was always interested in photography and later on, I developed an interest in the film. It always seemed like something magical and out of the world to me. I was always fascinated by unique worlds that were created by Bertolucci, Bergman, Tarkovsky, Antonioni, and other giants of film. I have this passion in the background when I was studying as a journalist. And then I decided to attend a 1-year NYFA program where I dived into filmmaking.

The program was very much hands-on. It gave me a lot of insights into directing, producing, and filming in general. During my studies there I produced several short films, some of them were released later on. One of them, Epiales was featured in 2019’s DOC NYC, the largest documentary film festival in the U.S.

Besides my film works, I also acted as a producer or production manager on many projects including the off-Broadway theatrical show How We Love/Fuck, short films Paperthin (2018), Naked Ambition (2019), Syv de Blare’s “Wake” music video. The projects that I worked on ended up being featured in V magazine, Rolling Stone, Pitchfork, and NME.

First and foremost is the story. If the drama of the story isn’t strong the whole film will fall apart. Once your story is settled then comes everything else – production bible, that includes log-line, synopsis, break-down of all characters, beat sheet, mood boards, etc. In my opinion, the creative process follows all the stages of production. Some of them may seem boring and unnecessary, but they help you with developing your story and characters.

The actual drama of the story. But then goes cinematography and music. Since the film is a visual medium it’s very important to have a top-notch image and strong music accompaniment that will compliment the story. It’s very important to find this balance just so these filmmaking instruments will play together as a beautiful harmony. 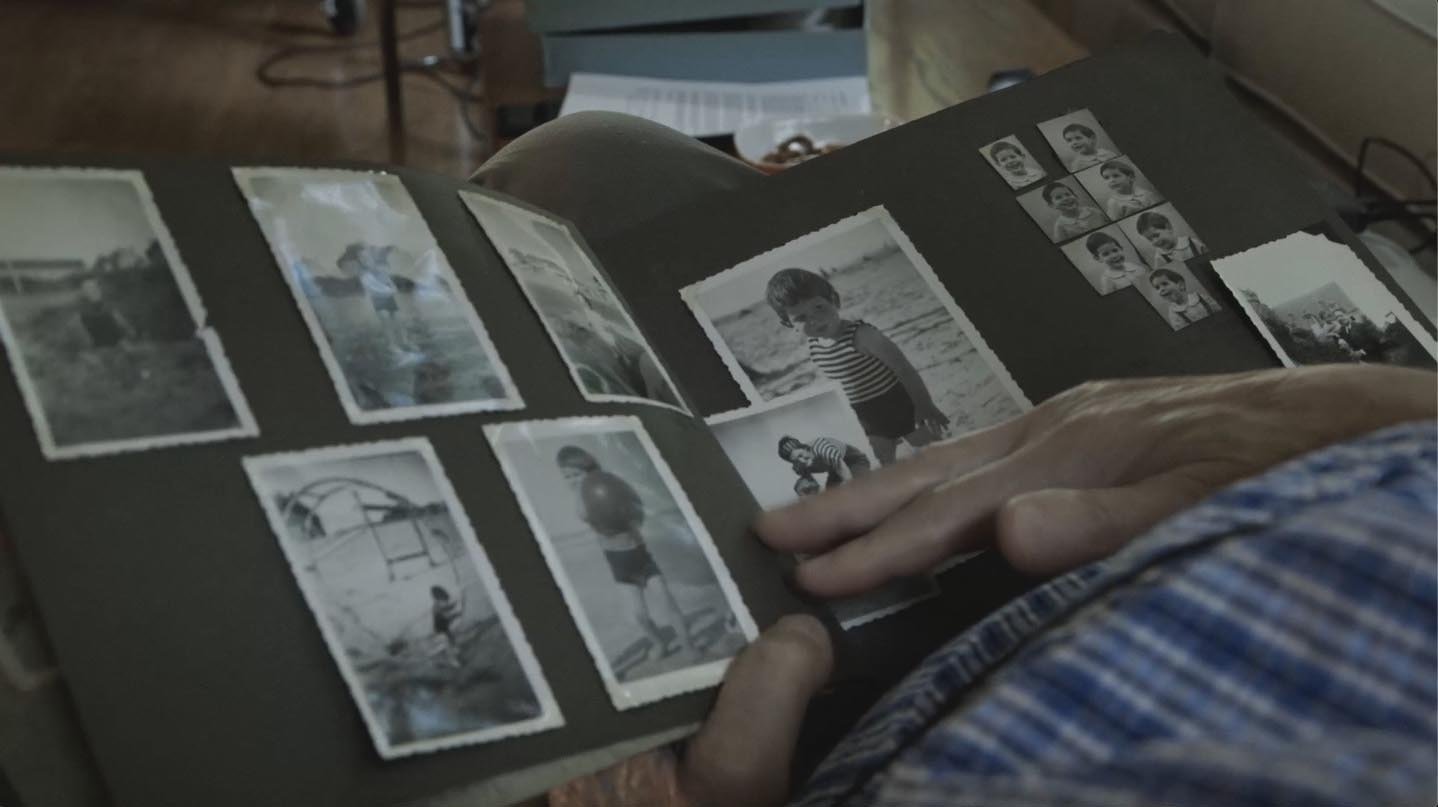 I won’t lie – it’s pretty hard, but I enjoy it a lot. It’s common knowledge that making a proper film involves a lot of human labor, money, time, and other resources. So you need to love what you [are] doing to enjoy it. Or just find an oil well.

Find your mentor and explore yourself. Try to find your film language and techniques. Treat film as a piece of art, not a commercial piece. Try not to target your audience, let it find you.

I had several mentors throughout film school, including Bob Eisenhardt, a master-mind of editing. He edited feature documentaries Free Solo (Academy Award) and Meru (Sundance award winner) along with other great films. It was a memorable experience to have Bob as a mentor and advisor on my film Point Symmetry. He was very thorough with his advice, trying to dig deep into the story helping to structure it.

It’s always a great idea to go to a film school to receive education in the field and find your mentor. Another option is to network and find your master and soulmate that will help you to find your film self.

Being a filmmaker I would like to express myself, my thoughts on life, its processes, and conflicts. I would be happy if the audience would be somehow triggered and moved by the stories in my films, its imagery. The goal is to make them think about something, lead them to my world, where each viewer will have a unique journey. 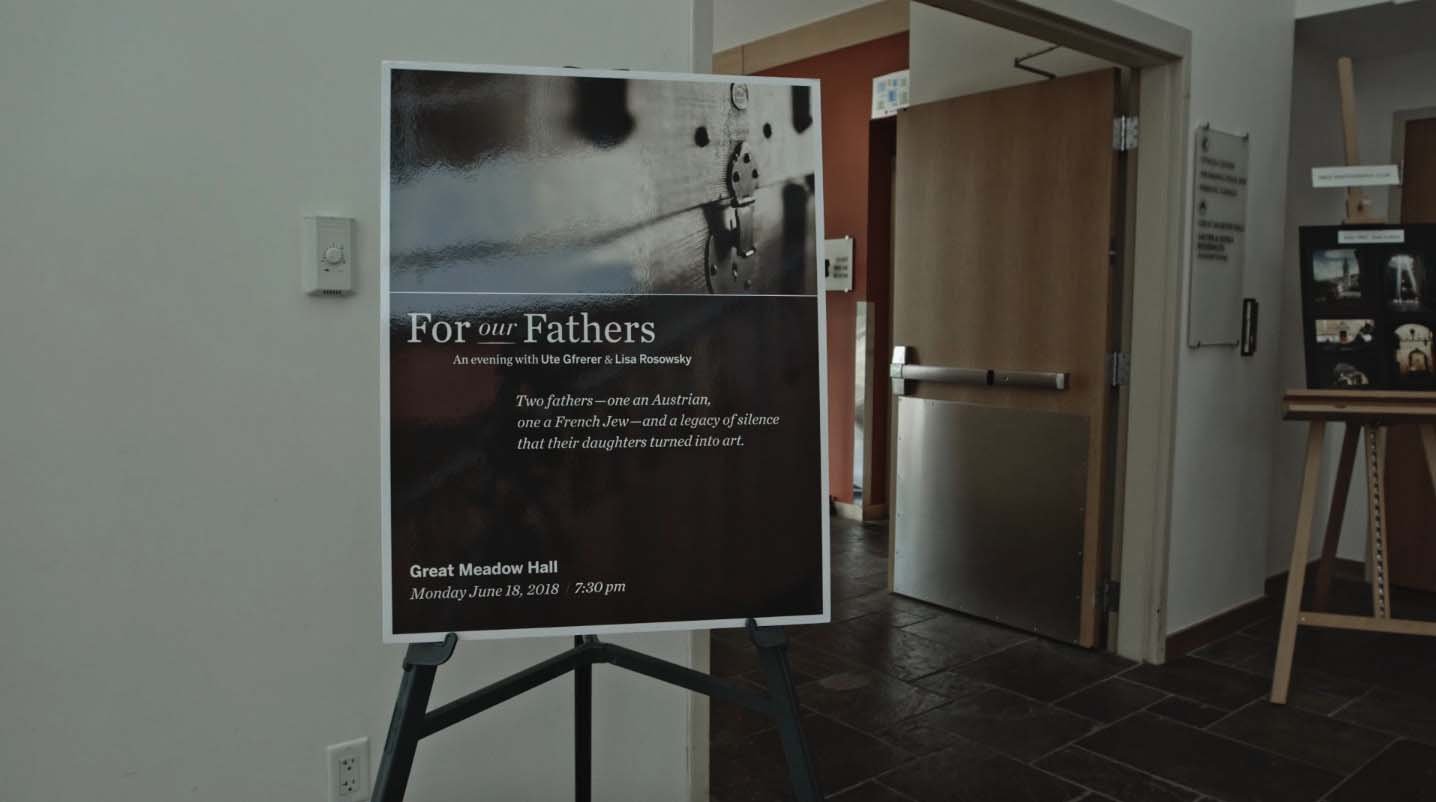 Are you able to tell us about any of your upcoming projects? What are they?

I have several ideas that I would like to develop into films. All of them are in the early pre-production stage. One is a documentary short film directly related to my beloved homeland Russia. Yet it will be filmed in the U.S.

If you could have someone create a soundtrack for your life, who would you choose to compose it?

Bach and no one else. I think he has already written the soundtrack for all of us, we just need to listen carefully.

Survive corona, drink enough water daily, and keep on making films. Besides that, I want to try to write and direct a fiction film.

Among young Russian filmmakers, I would highlight Kantemir Balagov, who has directed two feature films Beanpole and Closeness. I find brilliant his cinematic choices, dramaturgy, and film language. 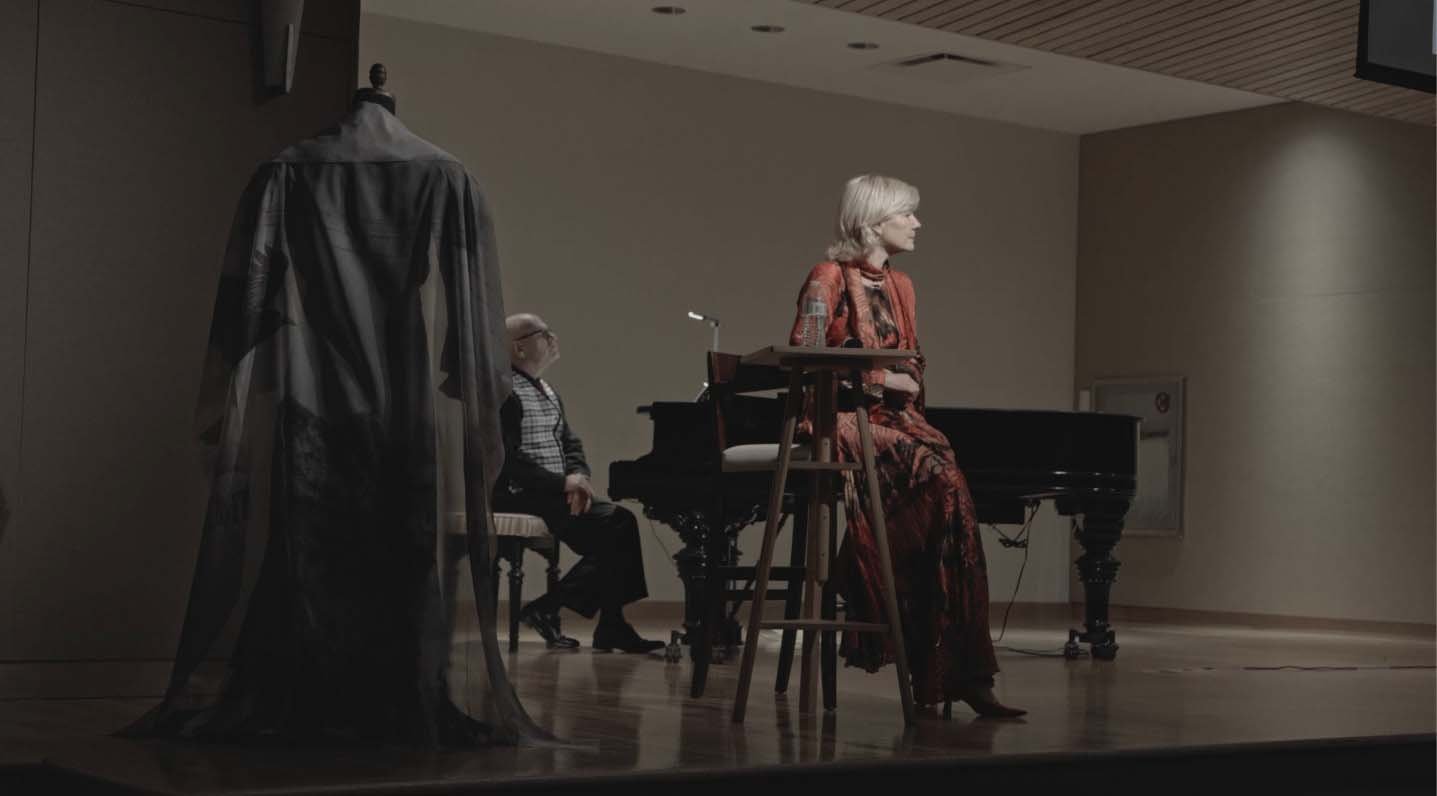 What’s your favorite film and what did you learn from it?

Any of Tarkovsky’s films. If I would have to pick one it would probably be Solaris.

Among big names, I like Innaritu and Nolan. I watch many films but I try not to be influenced by anyone too much. Instead, I try to read fiction and non-fiction literature, study different forms of art, and watch good films from different historical periods.

What do you do when you seek inspiration?

I treat the film as an extension of the filmmaker’s personality. Therefore the inspiration for me is everywhere: in my memories, historical events, literature, music, and of course in cinema itself. The film is a complex art form that soaks all levels of life.

And, finally, an easy one: Cats or dogs?

Dogs, dogs, dogs. They are not just your roommates, but also soulmates. Cats allow you to love them, but dogs just love you unconditionally.