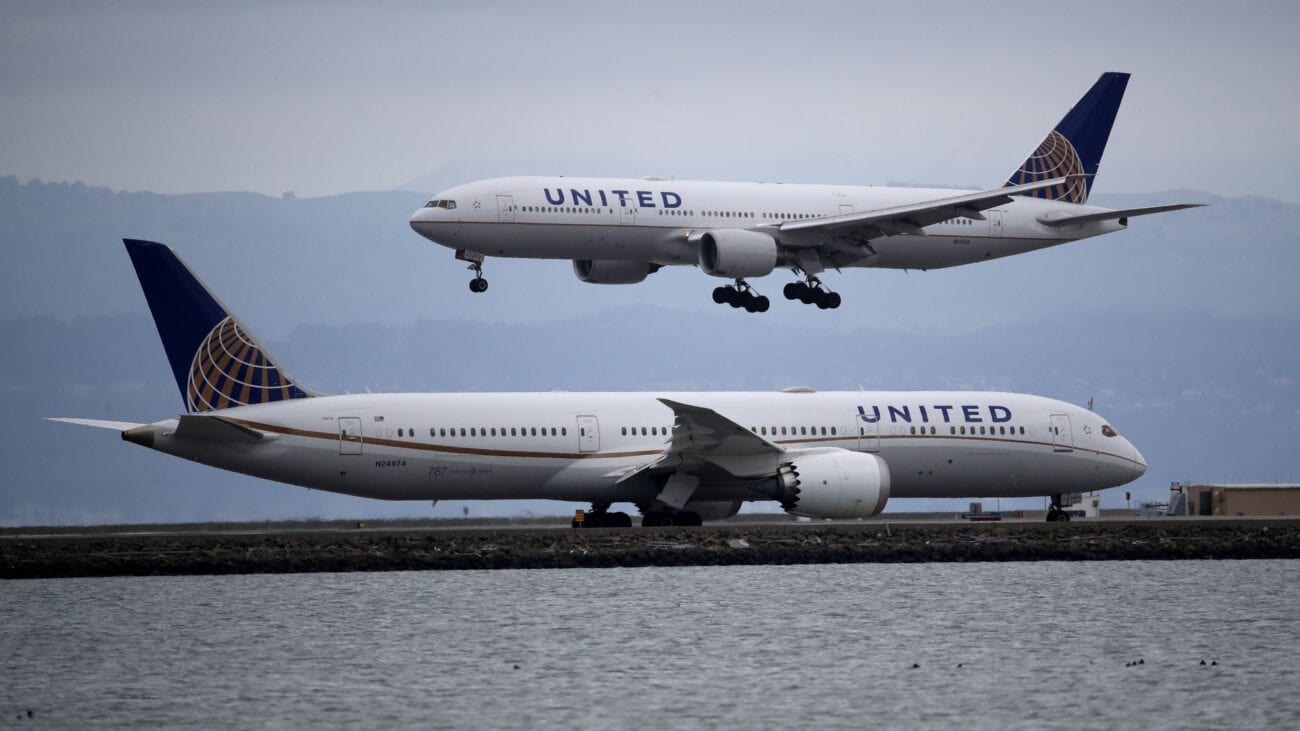 For throwback Thursday, United Airlines announced they’re bringing back commercial supersonic flying. The last supersonic passenger plane was the Concorde, built by the French company Aérospatiale and the British Aircraft Corporation. The model was retired in 2003 because it guzzled gas, lost money for its airlines, and once caught fire above the Charles de Gaulle airport and crashed, killing 113 people.

Today, United Airlines revealed that they’ve agreed to purchase fifteen supersonic airplanes from the Denver-based aerospace company Boom. The announcement is rather shocking considering United Airlines, and the entire air travel industry, has been experiencing low ridership and plunging stock prices for over a year.

United is the first U.S. airline to order Boom’s Overture airliners. The jets still need to pass inspection and be tested, and they aren’t expected to be ready for commercial use until 2029. Wondering if it’s time to sell your United Airlines stock? We’ve got the details for you below. 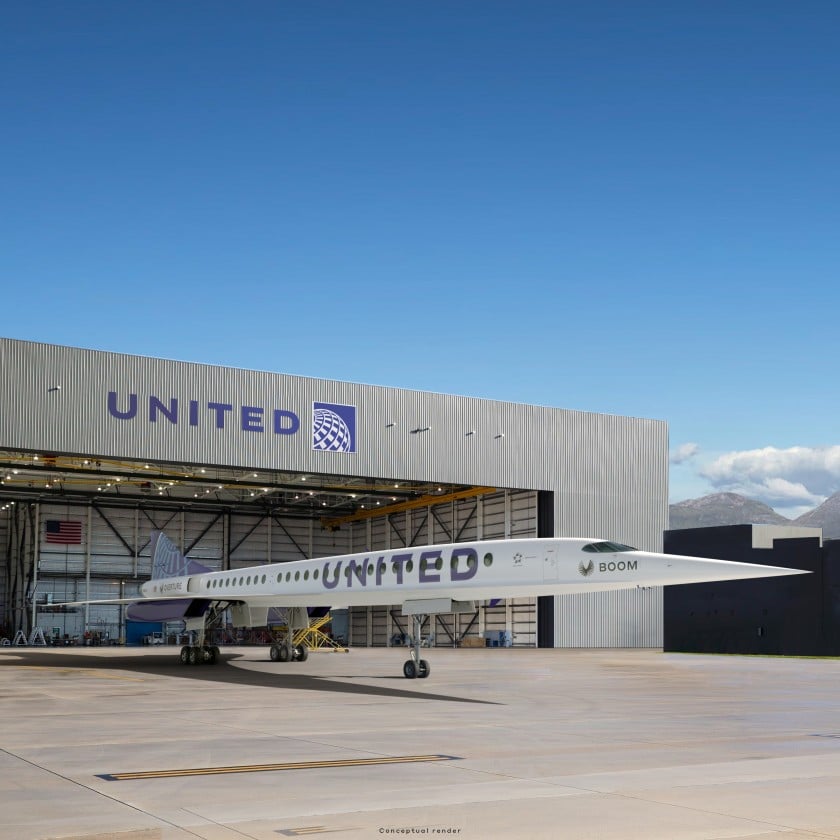 In a statement on the development, United Airlines CEO Scott Kirby said: “Boom’s vision for the future of commercial aviation, combined with the industry’s most robust route network in the world, will give business and leisure travelers access to a stellar flight experience”. The Overture, if it becomes commercially available, would certainly offer some passengers certain advantages.

Boom’s plane will reportedly reach speeds of Mach 1.7 (or 1.7 times the speed of sound). At that speed, many flight times will be cut in half. A journey from New York to London would take only three-and-a-half hours instead of seven. A flight from Los Angeles to Sydney would be cut from fifteen hours to under seven.

Boom & United Airlines have also said that the planes will be net-zero carbon emitters. United Airlines claimed the Overture will fly on one hundred percent renewable aviation fuel. 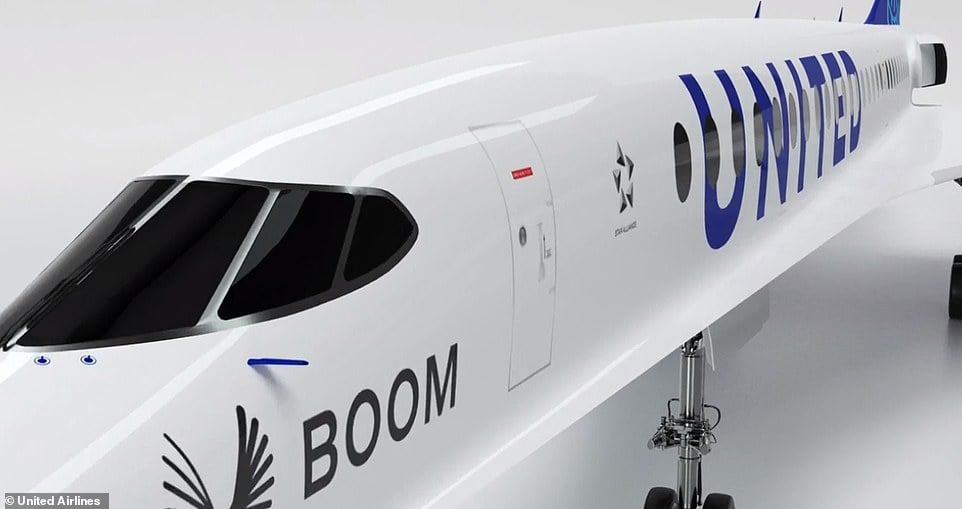 Currently, air travel is responsible for about two percent of all human-produced carbon emissions, and the environmental impact of supersonic planes remains a major concern. Despite bold claims from Boom and United Airlines, neither company has clarified how the Overture will be a net-zero carbon emitter or even what type of fuel it will use.

The companies also face some legal challenges. Because of the sonic boom created when aircraft break the sound barrier, the U.S. banned supersonic jets from flying over their airspace in 1973. Boom claims, again without clarification, that they’ve solved the sonic boom problem. The Overture still needs to get approval from regulators in the U.S. and other countries.

When the planes are in the air, who will be their passengers? Boom has said tickets will typically cost $5,000. A flight from New York to London today runs about $700. For their part, United Airlines has said it’s too early to estimate ticket price. 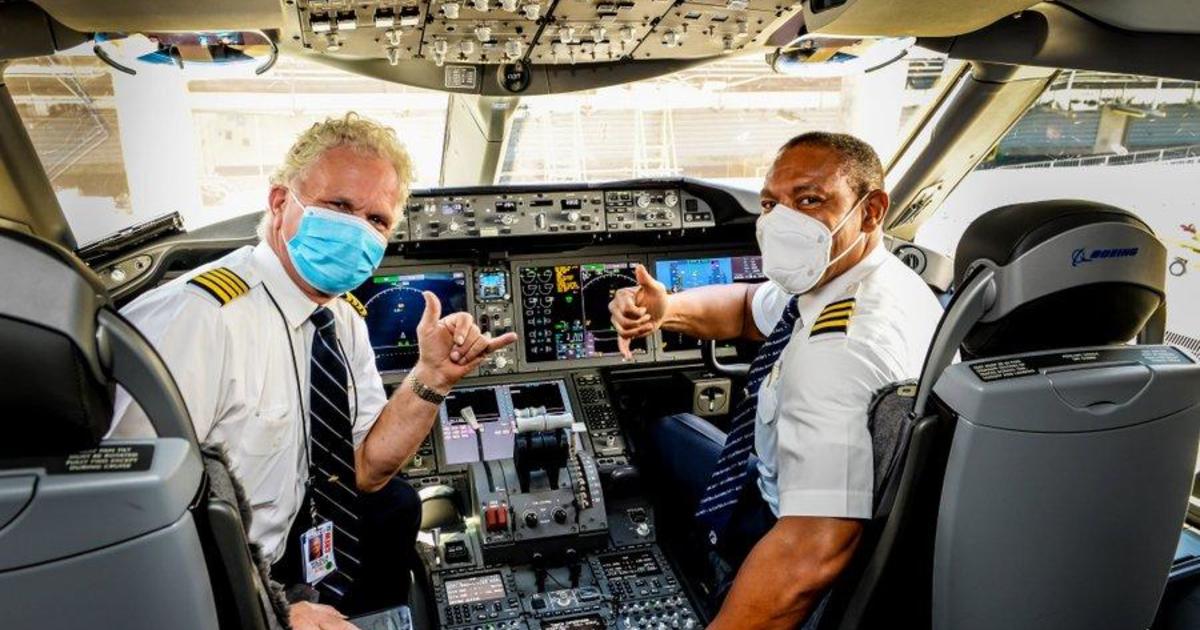 At the end of the day, the only people airline companies owe any responsibility to are their shareholders. Stock prices across the industry have fallen throughout the COVID-19 pandemic, despite a $50 billion bailout given to airline companies from the U.S. government. United Airlines may have hoped this announcement would give a slight bump to their stock prices. If so, they would be sorely disappointed.

By midday trading, United Airlines stock dropped nearly three percent. Other companies experienced drops as well, but none fell quite as sharply. There still may be time for United Airlines to turn things around. Boom airlines has yet to actually build the Overture. Maybe seeing the final product will restore the confidence of some United Airlines investors.

Will you be booking a ticket on the Overture when it flies eight years from now? Tell us what you think about this move from United Airlines in the comments! 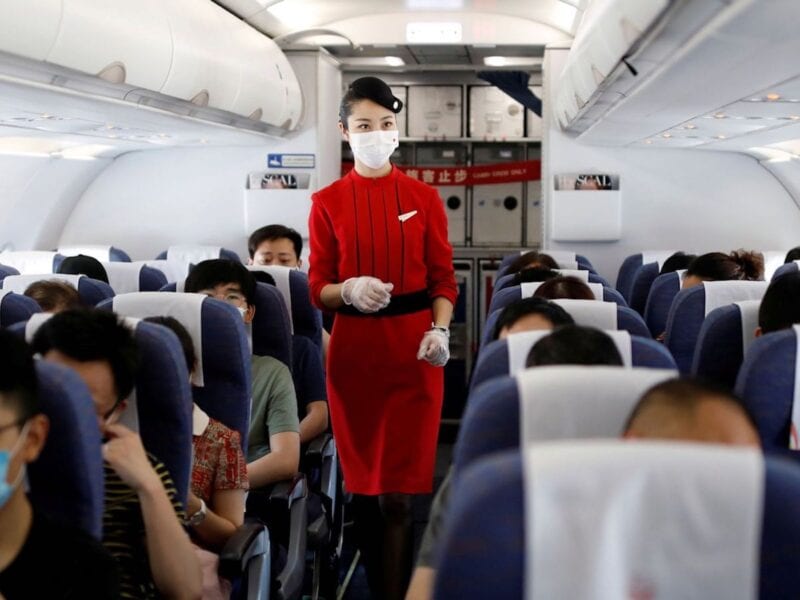 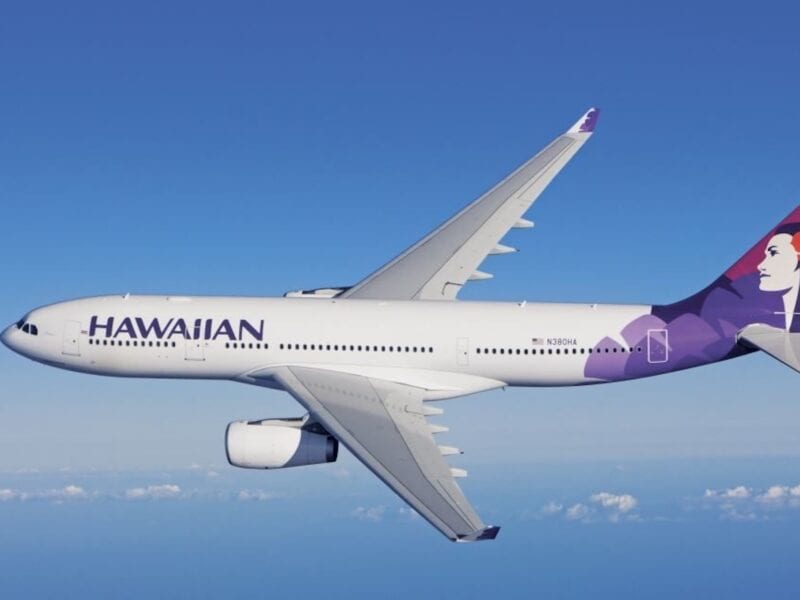 Will you ever get a refund from a U.S. airline in the COVID-19 era?