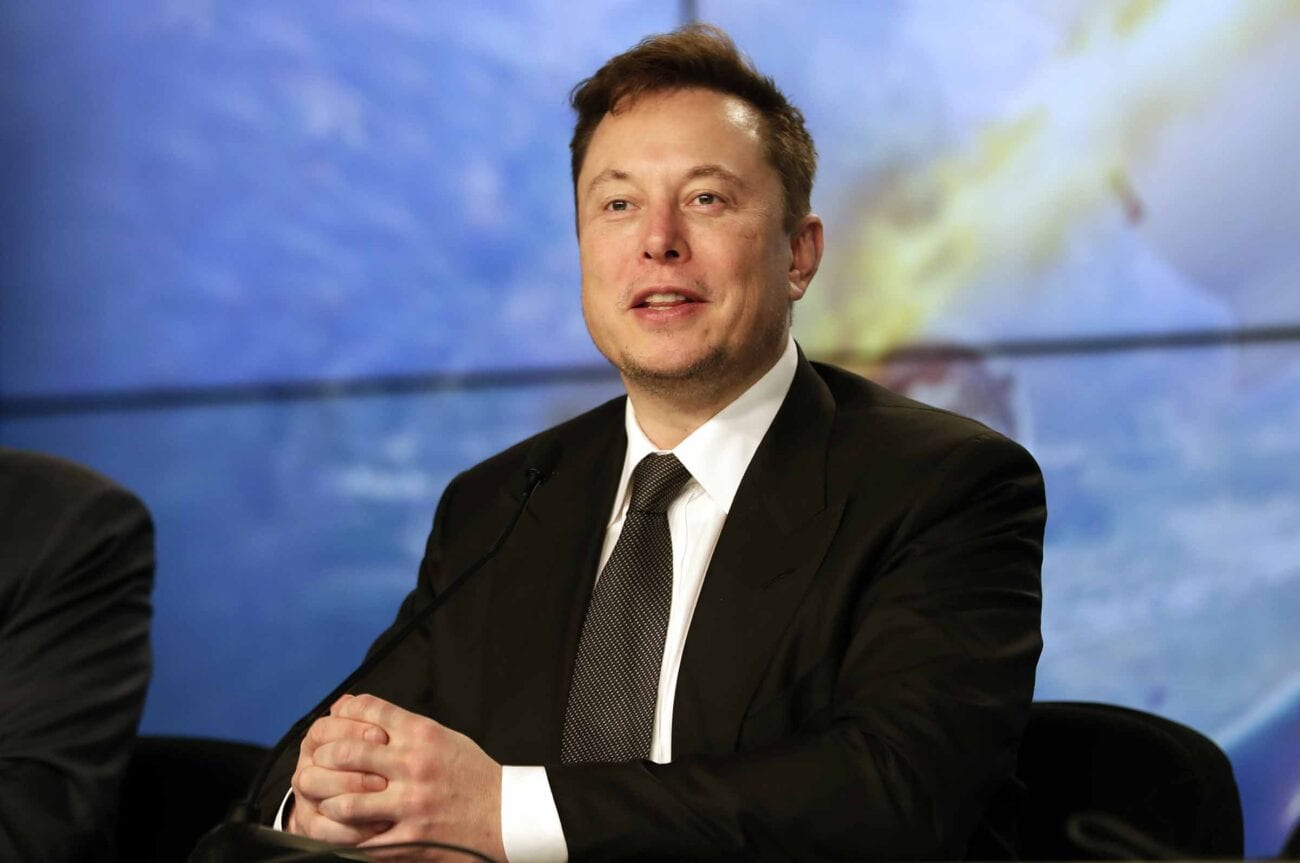 Does Elon Musk want to microchip us all? Learn more about Neuralink

Brain implants that enhance your functions – it sounds more like something out of Cyberpunk 2077 than it does real life. However, Elon Musk is working to make it more of a reality than you’d probably like.

Musk owns multiple cutting edge technology companies, though his most famous is SpaceX. The company we’re talking about today is Neuralink. Back in August of 2020 Elon Musk did a demonstration for the Neuralink, and now he’s saying that by the end of 2021 humans could be getting the brain implants.

You probably have a lot of questions. Let’s talk about what Neuralink is, how it’s supposed to work, and more about Musk’s “later this year” announcement. 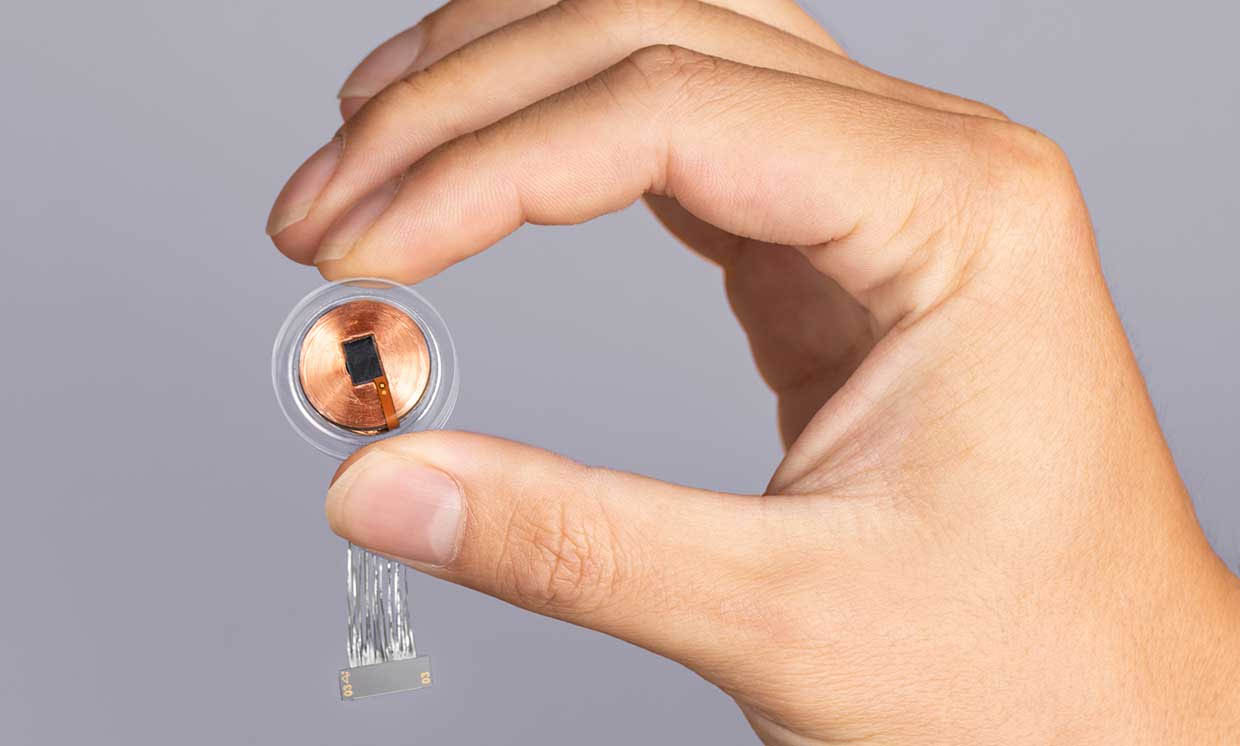 Neuralink is touted as being able to help with everything from paralysis & blindness to using technology simply by thinking. Their website says, “This technology has the potential to treat a wide range of neurological disorders, to restore sensory and movement function, and eventually to expand how we interact with each other, with the world, and with ourselves.”

The site also states that for the moment the main focus is to assist people who are paralyzed by allowing them to use technology in order to express themselves and interact with the world. This technology would be smartphones and computers. Eventually they’d also like to restore bodily movement to patients.

So, for the moment the site says they’re primarily focusing on creating medical technology. However, Elon Musk has also been quoted saying that Neuralink will help to create “symbiosis with artificial intelligence”. 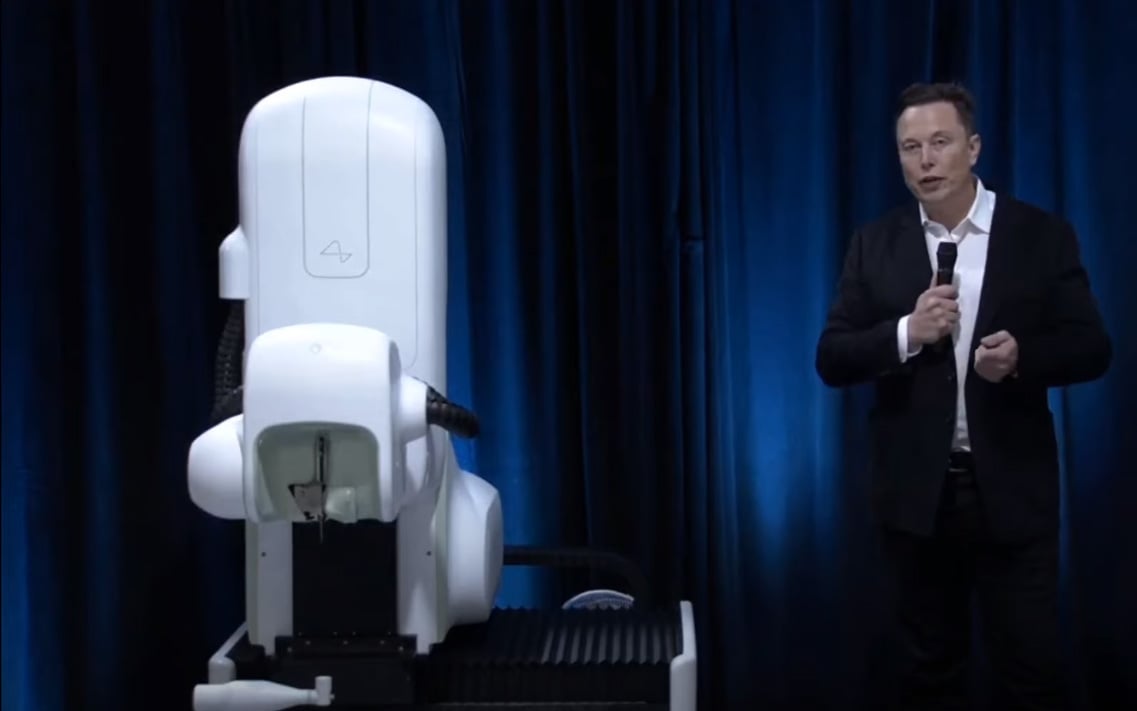 The Neuralink tech literally goes in the brain. In order to get one, a small portion of the skull is removed and the coin-sized device has thousands of electrodes that are carefully inserted directly into the brain. The electrodes are thin enough that they shouldn’t cause bleeding when they’re essentially jammed into the organ.

At the Neuralink demonstration, Elon Musk also unveiled a robot that is meant to do the entire surgery required to insert the brain implant. It’s supposedly precise enough to prevent hitting blood vessels and has better fine motor skills than a human hand ever would.

Oh, also the goal is to avoid the need of anesthesia. This means the plan is for these surgeries to be done while the patient is conscious & sedated. Musk claims that this rather invasive brain surgery would be simple enough that you could arrive at the hospital in the morning and leave in the afternoon. 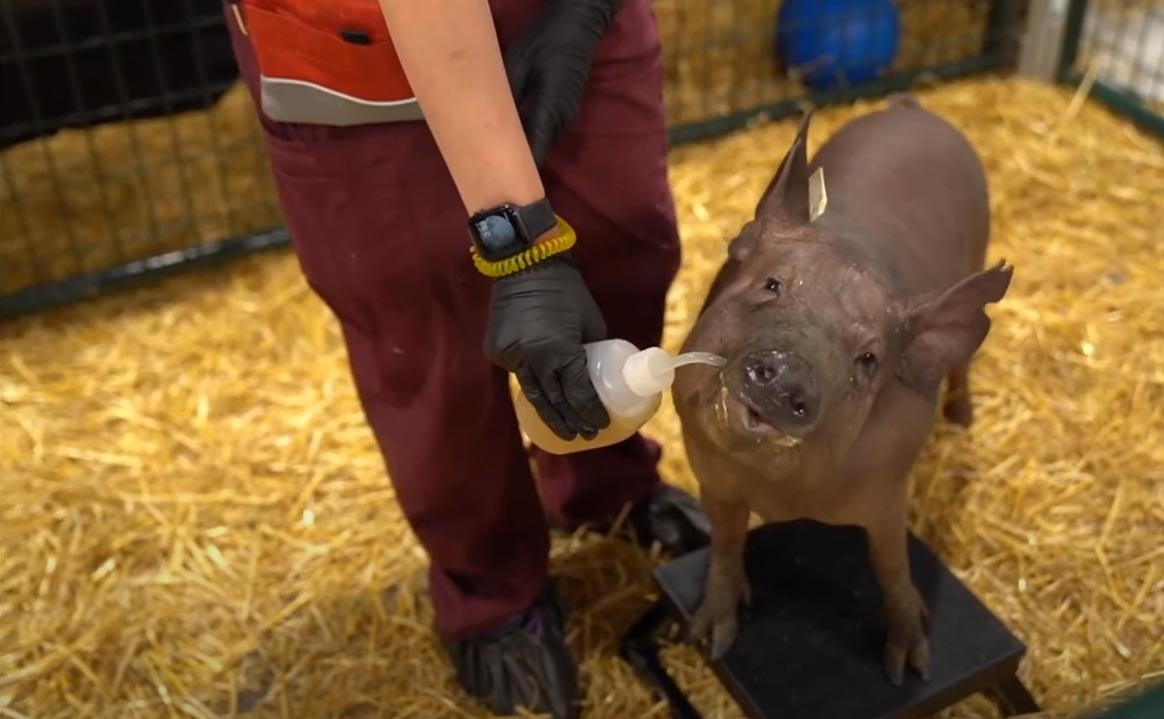 In the August unveiling of the latest Neuralink prototype, Elon Musk brought out pigs. A control who hadn’t been touched by the tech, a pig that had the Neuralink in its brain sending signals, and a pig that had had the implant removed to prove that its a reversible process. Musk also clarified that no clinical trials had begun – meaning no humans had taken part in the studies yet.

However, on Twitter one user sent Musk a tweet saying they were paralyzed in an accident two decades ago and would be more than willing to participate in human trials. It was this point that Elon replied saying, “Neuralink is working super hard to ensure implant safety & is in close communication with the FDA. If things go well, we might be able to do initial human trials later this year”. 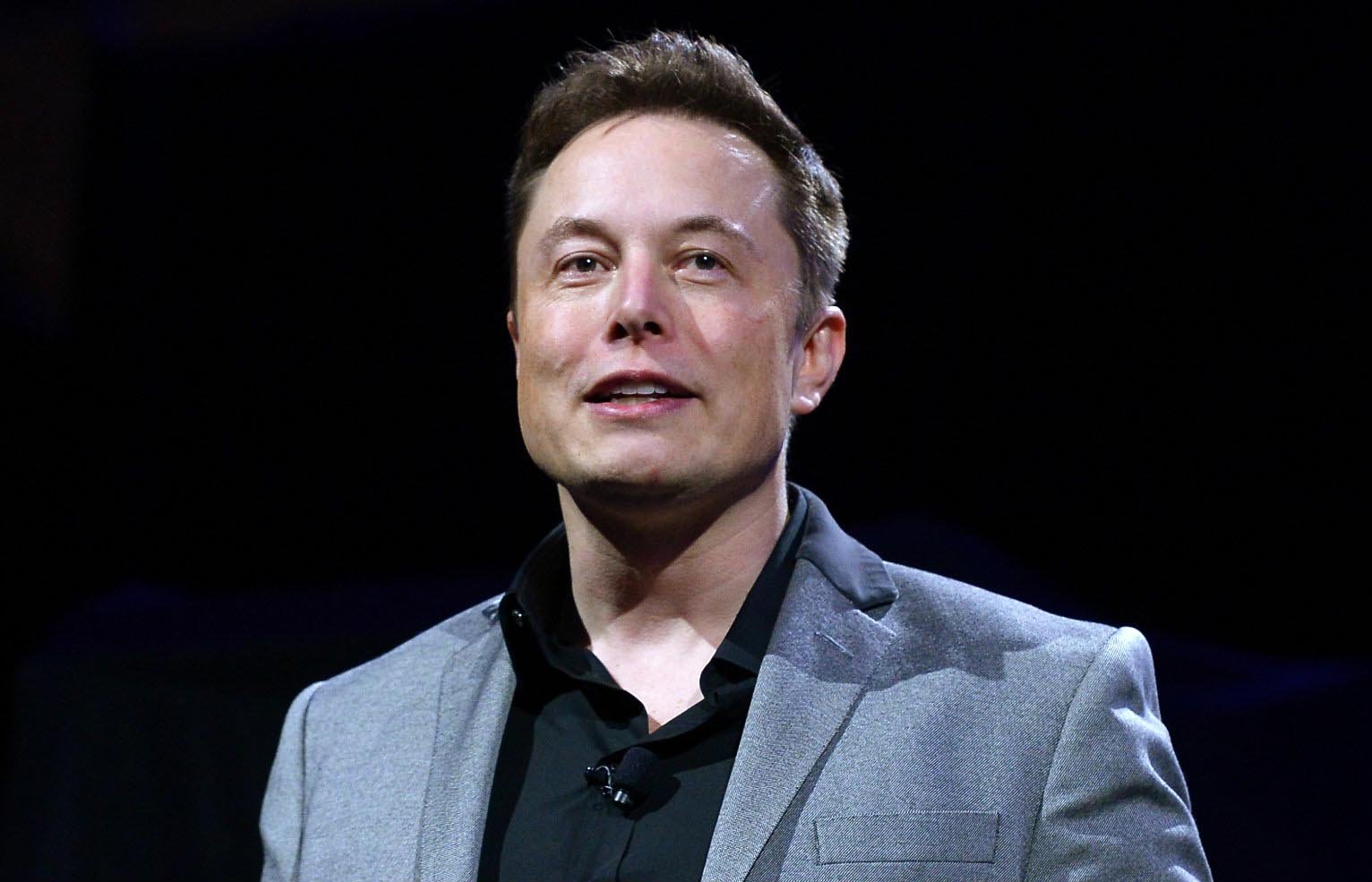 While the Neuralink tech is some potentially cutting edge medical technology it seems that eventually somewhere down the line Elon Musk would like the implant to be available to anyone who wants it.

However, it’s a bit strange – Musk claims he wants to create symbioses with artificial intelligence despite being very vocal over the years about his concern over A.I. Musk has been quoted saying things such as, “Mark my words – A.I. is far more dangerous than nukes” and “I am really quite close, I am very close to the cutting edge in A.I. and it scares the hell out of me”.

If he’s that concerned about the future of A.I. and what it could mean for humans then why exactly is his company Neuralink pushing for a symbiotic human/A.I. relationship?

What do you think? Is Neuralink exciting future technology or is it a terrifying sci-fi movie in the making? Let us know your thoughts in the comments. 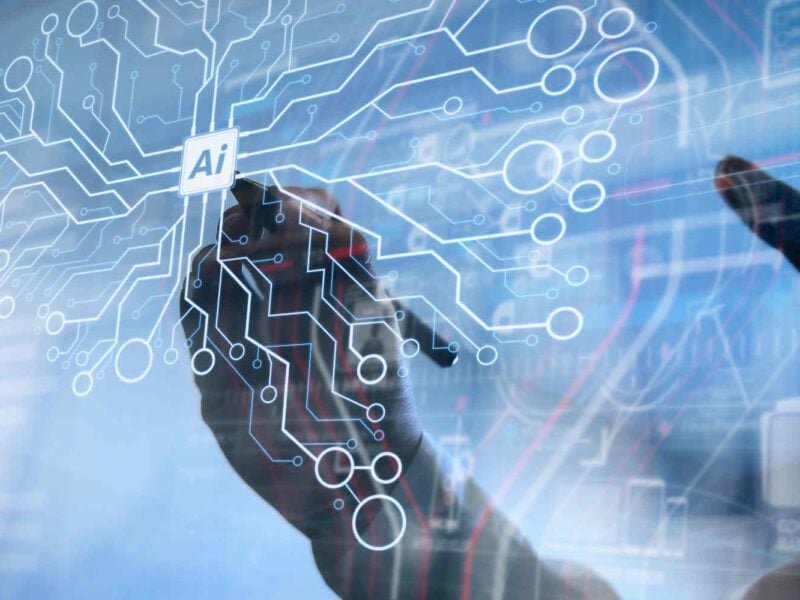 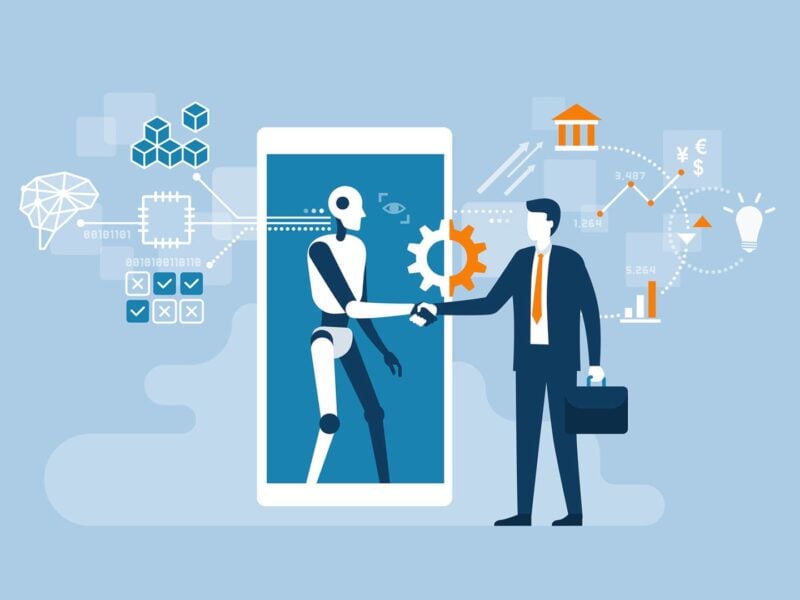 Reasons your business should be using AI to grow sales