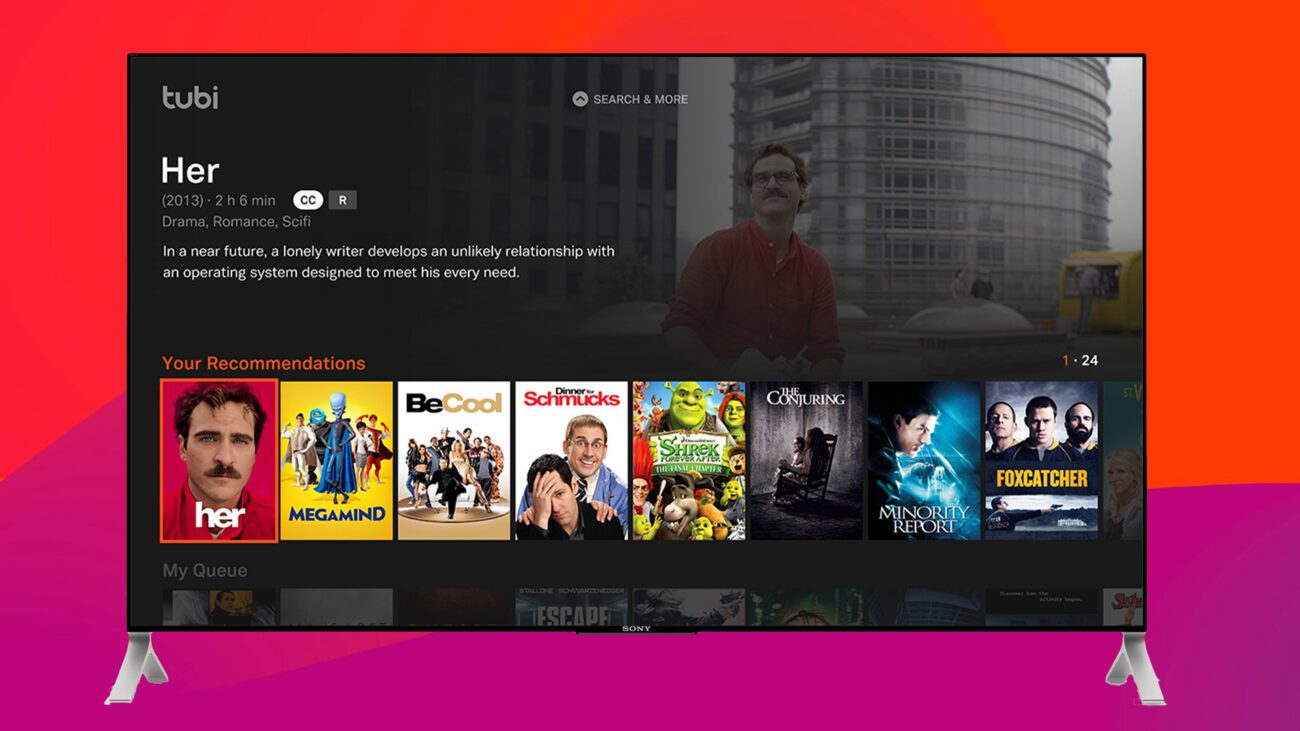 WIth countless streaming services now available for us to use to watch TV and movies, it’s hard to keep up. And with each one charging anywhere between $7 and $20 a month, costs can quickly add up.

Fortunately, there’s Tubi. Owned by Fox, Tubi is an entirely free streaming service and a leading digital publisher in today’s entertainment world. You can watch thousands of popular movies and TV shows without paying a single penny. You just have to watch a few ads.

The catalog from Tubi changes from month to month, and often includes works by everyone from Christian Bale to Christopher Nolan and Guy Pearce, as well as Canadian films, Swedish films, Korean films, and more. You can easily click on their New Releases or Popular Tab to see the latest hits. But in this article, we wanted to share some of the hidden gems you can watch for free on Tubi.

The Best Movies to Stream on Tubi Right Now

With so many movies to choose from, it can be a bit overwhelming to make a choice. To make it easier for you to find your next favorite film, here are 17 of the best movies on Tubi.

One of the standouts of all Tubi movies is Wally Got Wasted, a comedy released in 2018 starring Patrick Cavanaugh, Adam William Ward, and Aaron Groben, and directed by Ward. Set in Los Angeles, the film follows three friends in the wildest chase you can imagine.

The plot of the movie begins as the main character, Mitch (Cavanaugh), gets dumped by his girlfriend. In an attempt to cheer him up and help him move on, Mitch’s friends plan to take him out on the town. But while cooking dinner and preparing to leave, Mitch accidentally kills a rather connected criminal, Wally (James Babson).

Fearing for their lives since several people, including a few corrupt cops, are also after Wally, Mitch and his friends try to dispose of the body and are forced to try and pretend Wally is alive as they are chased around Los Angeles by all sorts of seedy characters.

The movie combinees the best of classics such as The Hangover, Weekend at Bernie’s, Pineapple Express, and the sort, and is a wild ride that will have you laughing from beginning to end.

Click Here to Watch “Wally Got Wasted” for Free on Tubi! 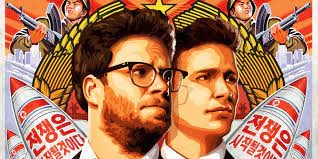 Starring the classic comedy duo of James Franco and Seth Rogen, The Interview tells the story of an American journalist who lands an interview with the North Korean dictator Kim Jung Un. What starts off as an exciting career opportunity quickly turns into a deadly game. Action packed and hilarious, this movie has endured and is well worth checking out for free on Tubi. 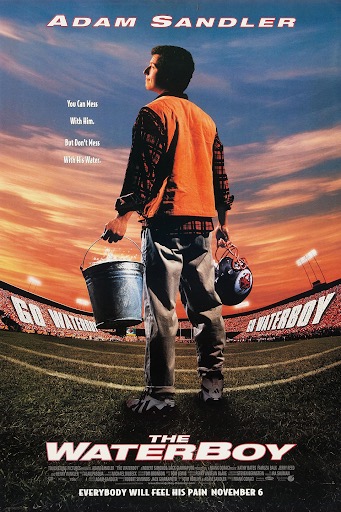 A comedy legend in his own right, Adam Sandler is perhaps at his best in The Waterboy. The story follows, well, the waterboy for a college football team who has the unique ability of bringing people to the ground. Silly, stupid, heartwarming, and awesome, The Waterboy is a comediiy classic you simply can’t miss. 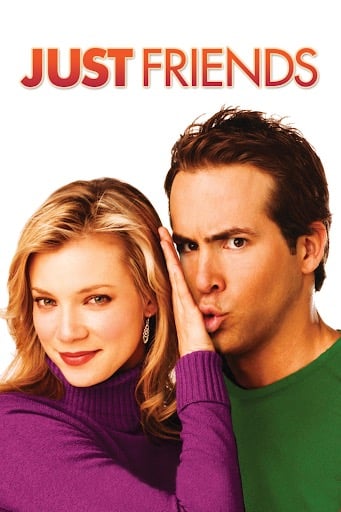 Both a romantic comedy and Christmas movie all in one, Just Friends, starring Ryan Reynolds and Amy Smart centers around an obese man who returns home and reconnects with his high school best friend whom he is in love with. His attempts to get himself out of the “friend zone,” are hilarious and will keep you laughing from beginning to end. 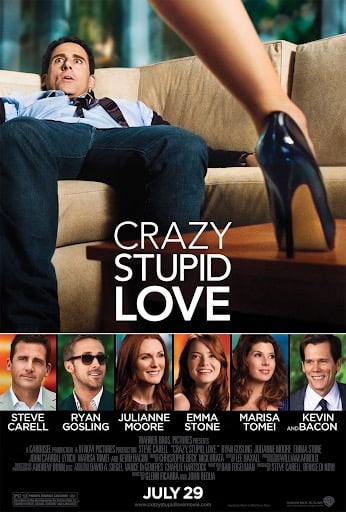 What words more aptly describe love other than “crazy” and “stupid.” None, perhaps. And the movie Crazy, Stupid Love reminds us of that fact in a funny and heartwarming way. It follows the story of Cal, played by Steve Carrell, as he tries to rediscover himself after his wife, played by Julianne Moore, asks for a divorce. In addition to Carrell and Moore, Ryan Gosling, Emma Stone, and Marisa Tomei make up a star-studded cast that will hook you in from beginning to end. 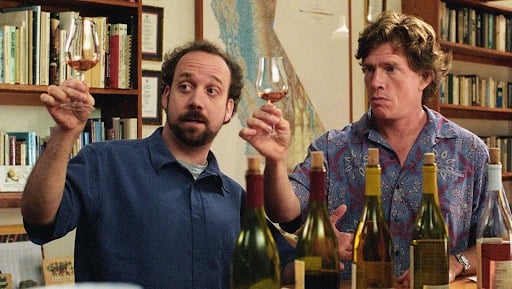 The winner at the 2004 Academy Awards for Best Adapted Screenplay, Sideways follows two middle-aged men, played by Paul Giamatti and Tomas Haden Church, both of whom feel their lives have been a waste, as they take a week-long road trip through California wine country. The trip is meant to be a last hurrah before Church’s character, Jack, takes the aisle. One of the better-written movies from the early 2000s, Sideways has remained relevant and is still very much worth watching if you haven’t yet seen it. 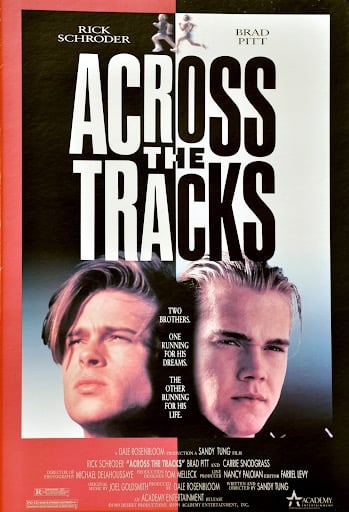 For fans of Brad Pitt, Tubi gives you the chance to catch one of his first movies. No, it’s not the cult classic fight club also starring Edward Norton. But it’s a great film that’s well worth a watch. In it, Pitt plays Joe Malone, a track star who receives a scholarship to run at Stamford University.

However, his plans are thwarted when his younger brother Billy (Rick Schroder) is released from juvenile detention. Fury is also available on Tubi, but this is a great chance for Pitt fans to see him flexing some of his talents before he became an international superstar. 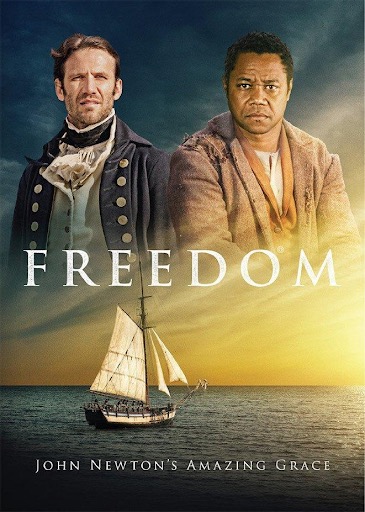 Starring Cuba Gooding Jr. and William Sadler (who didn’t get nominated for best supporting actor but who probably should have) and featuring a strong supporting cast, Freedom follows two parallel realities that touch on the reality of slavery in the United States and tell almost the same story, despite being set hundreds of years apart from one another.

The first story centers around a Black family escaping slavery though the Underground Railroad before the Civil War, and the second follows a group of Africans who have been captured from their homeland and are being forcefully transported to the Americas for a life of bondage.

Well shot, educational, and entertaining, Freedom is a must watch and one of the best movies on Tubi.

Hunt for the Wilderpeople 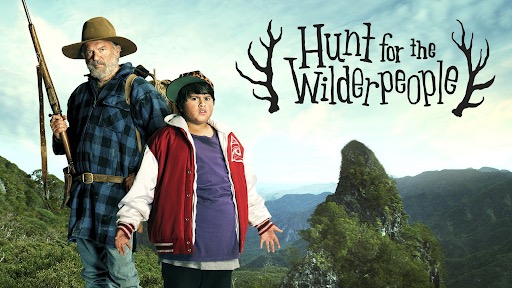 The Hunt for the Wilderpeople, directed by the now-famous Taika Waititi, follows the story of Ricky Baker, an orphan and juvenile delinquent, who is sent to live with a foster family in a remote region of New Zealand and winds up on the run with his foster father in the bush.

Funny, witty, and heartwarming, this movie is a lesser known classic from the small island nation in the South Pacific that you simply won’t want to miss.

For fans of older movies, Tubi has some great classics. Here are a few worth checking out. 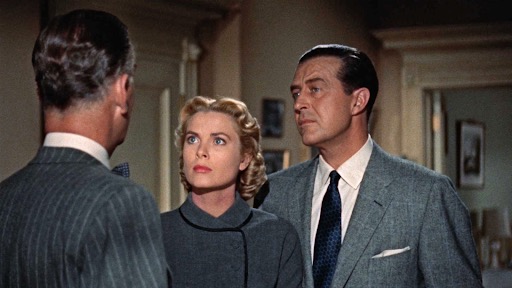 For fans of classic movies and also thrillers, it’s hard to beat Dial M for Murder. Directed by the notorious thrillmaster Alfred Hitchcock, the film follows the story of retired famous (fictional) tennis player Tony Wendice (Ray Milland) who finds out his wife, Margot (Grace Kelly), is having an affair with an American, Charles Swann (Robert Cummings).

However, instead of confronting his wife about her adultery, he begins plotting“the perfect murder.” What ensues is a classic example of Hitchcock’s ability to use deception and suspense to keep you engaged from beginning to end. 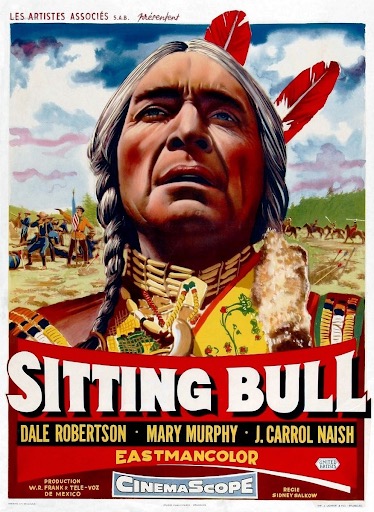 Another film that deals with some of the more controversial aspects of American history, Sitting Bull, released in 1954, is a one of many classic westerns on Tubi and also one of the best movies on the streaming platform. It follows the story of Sitting Bull and Crazy Horse, two Native American chiefs who stood against the US army as it fought several wars in the frontier trying to secure American manifest destiny.

Although a lot of the movie is fictionalized and not entirely accurate as compared to what is actually happening, it’s a compelling story that sheds light on an important but often disregarded aspect of American history.

A League of their Own 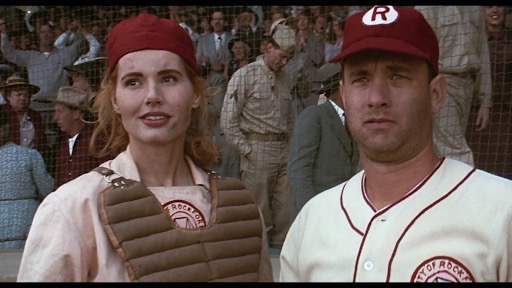 For baseball fans, and also fans of Tom Hanks, Geena Davis, Madonna, and/or Rosie O’Donnell, look no further than A League of Their Own. Based on a true story, this movie follows the Rockford Peaches, one of the many women’s baseball teams created during the Second World War when most of the nation’s men were off fighting Hitler and the Nazis.

Educational, funny, and full of some classic lines, such as “There’s no crying in baseball!” A League of Their Own is definitely worth a watch. 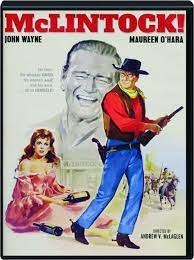 No list of classic movies would be complete without a title from “The Duke” aka John Wayne. The star of countless classic Westerns, Wayne is back at it again as one of his most famous characters: McLintock. In this film, loosely based on Shakespeare’s “The Taming of the Shrew,” Wayne plays a wealthy rancher trying to keep the peace in his western town as the run on the west goes rampant. Check it out for some classic stick em’ ups and for a good ole’ fashioned posse.

If you’re a fan of getting scared, here are some of the best horror movies available to stream on Tubi: 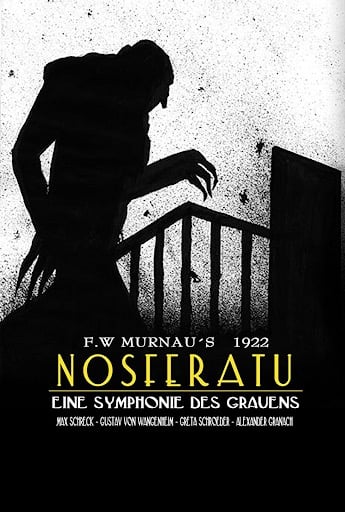 For fans of horror films,perhaps the best movie on Tubi is Nosferatu. However, this is not your typical horror movie. Originally filmed in 1922, this German silent film stretches your imagination as to what can be scary.

An adaptation of the classic tale, “Dracula,” Nosferatu is set in Transylvania, where German real estate agent Thomas Hutter is sent to meet with a new client, Count Orliok, a man who locals fear so much they don’t even want to hear his name.

All in all, this film is a cinematic masterpiece and a true cult classic that is well worth your time.. 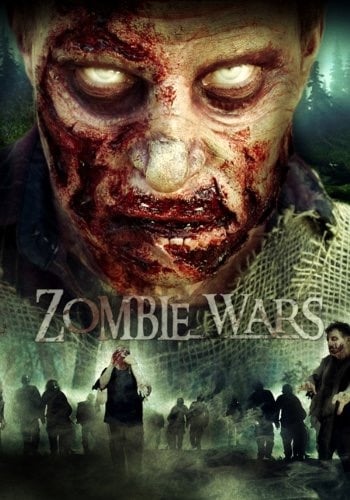 It wouldn’t be a review of Tubi movies if we didn’t include at least one zombie film. While there are many to choose from, Zombie Wars is often one of zombie-lovers’ favorite movies.

After a zombie virus spreads around the world and turns most of the population into flesh-eating monsters, the world is conquered by zombie overlords, who quickly enslave the rest of the human population who have not yet been turned into zombies.

However, this human population does not subject quietly to this enslavement and begins working together to free themselves from zombie bondage and return the Earth to the living.

If you’re looking to learn something while watching movies on Tubi, here are a few great titles worth checking out:

Requiem for the American Dream 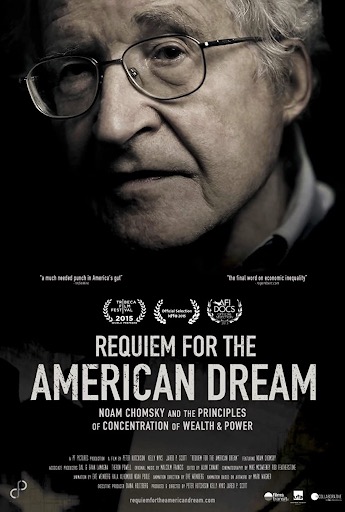 For those looking for something a bit more educational, Requiem for the American Dream is a can’t miss. Narrated by Noam Chomsky, the renowned American linguist and political philosopher, the film walks viewers through the reality of life in the United States, poking holes in the narrative that America is truly a place of opportunity where anyone can have the life they want.

While Chomsky certainly brings his own biases to the table, the film is a condensed version of his work that will certainly have you thinking. 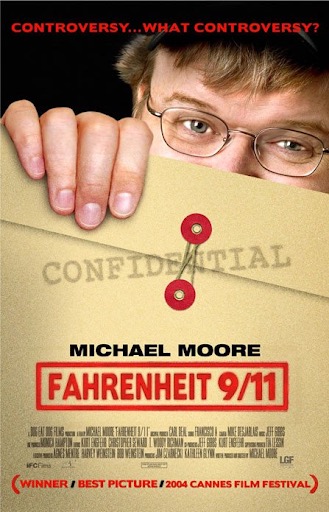 Another great documentary on Tubi is Fahrenheit 9/11. Directed by the famed, and often controversial documentarian, Michael Moore, this film takes a critical look at the events surrounding the attacks on the World Trade Center in 2001 and how the Bush administration reacted. Moore has always been a cultural lightning rod, and he’s pretty much at his best in this film. Whether or not you agree with his politics, you should definitely still check this film out.

Enjoy the Best Movies on Tubi

Of the thousands of movies available on Tubi, these 15 are by far the best. And since the streaming service is entirely free, there’s nothing standing in the way between you and these excellent films. Check them out today and get ready to be entertained.