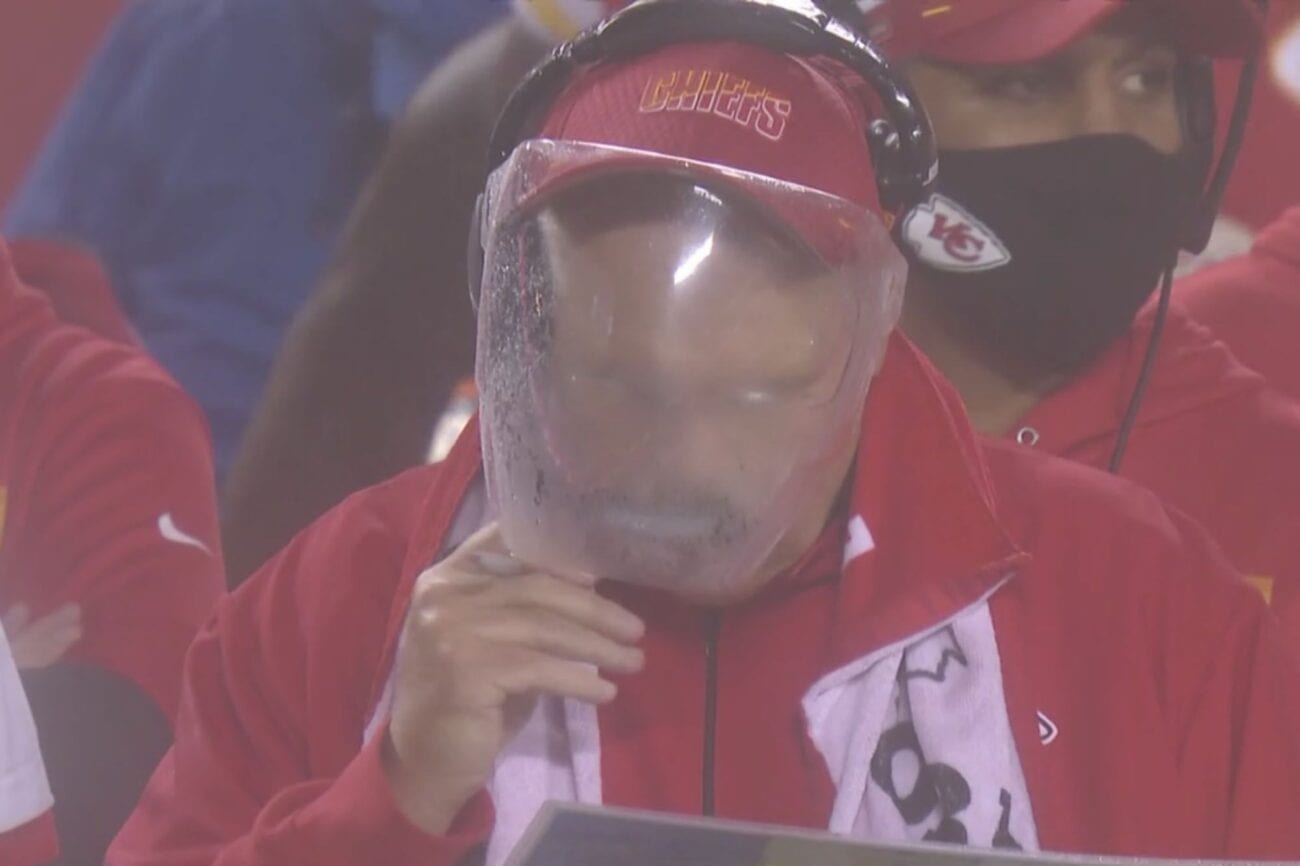 It seems like we’re heading into a new normal with the way things are opening back up. Sports, fortunately, are back on. While we have to watch them from the comfort of our home, people on the team have to wear masks and face shields.

Kansas City Chiefs’ head coach Andy Reid was no exception. Throughout the game, he donned his face shield, which he hoped wouldn’t fog up his glasses so he could see his team play, and beat Texas that night. Unfortunately for him, his face shield had other plans. 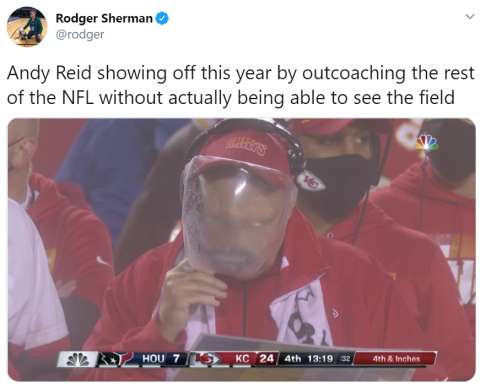 Despite KC Coach Andy Reid not being able to see a thing, his team still did great in their match.

While the final touchdown will go down in the history books, Andy Reid could only see it like this.

Thanks to COVID mask mandates, everyone with glasses knows how Andy Reid felt that night. Here’s a reply to Barstool’s tweet in solidarity with everyone who can’t see.

Patrick Mahomes trying to talk to Andy Reid like.. pic.twitter.com/PIA6m1iEdE

The players talking with their coach

Props to the football players who needed to get Coach Reid’s attention.

Sounds good to us! It might get old after a while, though.

Every night is a foggy night when you’re wearing a face shield.

Andy Reid was mic’d up for Thursday Night Football. pic.twitter.com/3RrrqeuSJD

This clip nails it. Poor KC coach probably had to be walked back to the locker room.

We think Andy Reid learned his lesson. Invest in some wipers and there’s no such thing as a face shield that isn’t fog-proof!