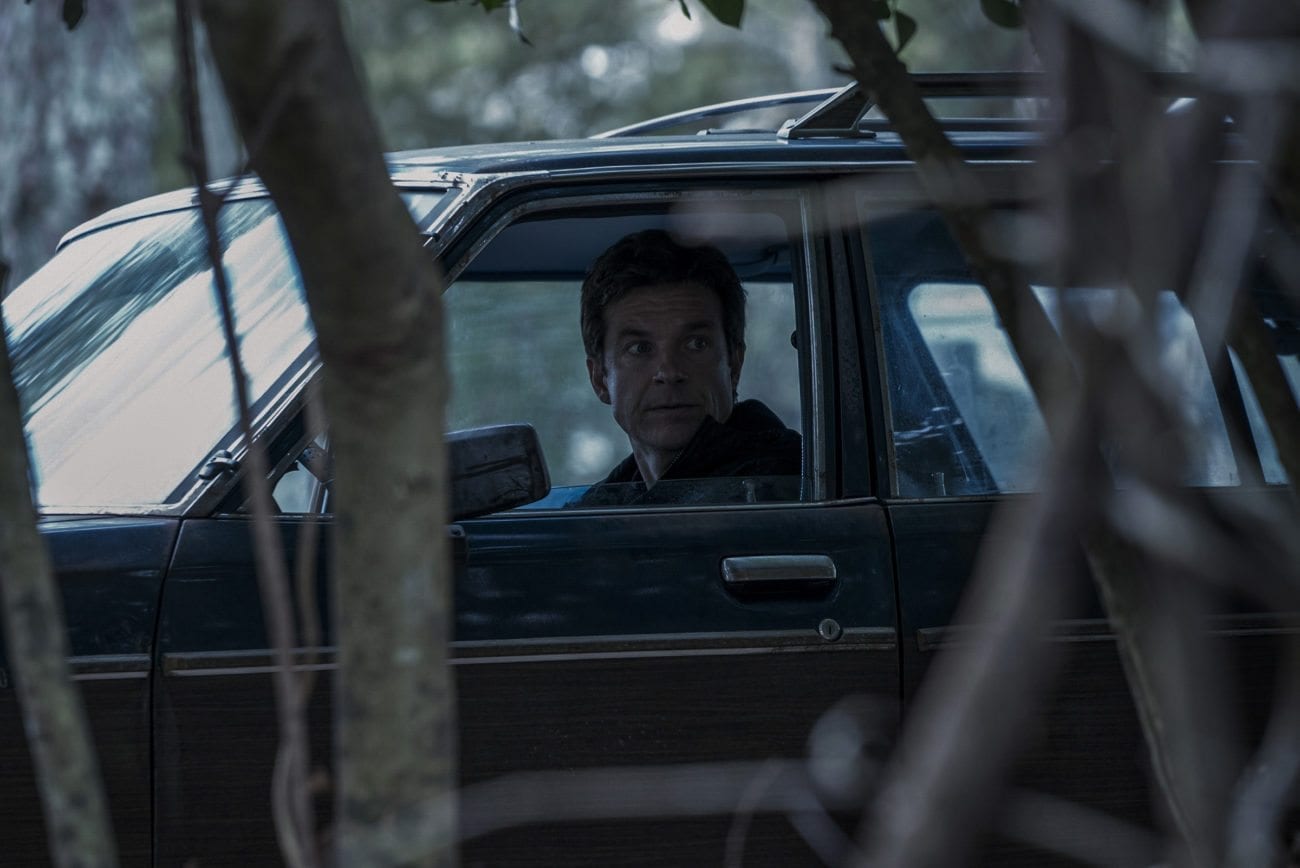 ‘Ozark’ faces more than one darkness in “Tonight We Improve”

One of the defining traits of Ozark is its embrace of darkness, not merely in regards to character but also in a literal sense. So many of the show’s pivotal scenes take place as shadows loom around the characters, obscuring their expressions and plans as much as their crimes and betrayals. These aren’t always night shadows either – often they take place in a gloaming, when the sun is close enough to tease redemption but far enough away to inspire doubt. That aspect of Ozark is front & center in its fourth episode “Tonight We Improve”, as the characters become more aware of how deep into the shadows they are and what that ultimately means.

The unexpected start features Marty (Jason Bateman) noticing his son Jonah (Skylar Gaertner) has picked up the odd habit of disemboweling animal carcasses. Wendy (Laura Linney), distracted by a plan to buy a fixer-upper for laundering funds, doesn’t realize something weirder than normal is going on with Jonah until Marty cuts off her speech about real estate and fills her in on Jonah’s new hobby. The two then hop on a boat to have a We Need to Talk About Kevin-style conversation about whether or not they’re the proud parents of a budding psychopath, unaware that, as sound carries across water, daughter Charlotte (Sofia Hublitz) can clearly hear everything they’re saying.

Jonah’s inner darkness is more or less a red herring (at this point), so the darkness here is limited to the dusky shadows Marty and Wendy think are covering up their concerned conversation – but which really only cloak Charlotte’s eavesdropping. And that darkness expands in the light of day, as Charlotte reveals to her parents she heard every word, cruelly filling Jonah in on mom and dad’s suspicions. Jonah is still basically a hollow, uninteresting character, but he does get a choice line in here, asking pops: why should he trust his parents about anything, when they’ve lied to him all his life? Later in the episode, the two bond not over animal dressing, but the finer details of money laundering. Marty doesn’t necessarily try out a new level of openness with his son, so much as entertaining the idea of training his son to be an equally good liar.

This first quartet of episodes has shown Marty’s family isn’t exactly timid about his criminal enterprise, and it’s only a matter of time before they become more committed to his shadowy work in general. But he continues to try to “protect” them by keeping them away, unwilling to acknowledge that they’re fully in the dark with him – so it’s only fair he stop keeping them in the dark.

That attempted subterfuge carries over to the main plot, where Marty ramps up his efforts to acquire the local strip club (and its laundering rackets) by putting more trust in Ruth (Julia Garner) even though she puts no effort whatsoever into covering up her contempt for him and desire to see him die, or at least fail. Marty might think his willingness to let Ruth take on more responsibility in his operation is because he has no reason to care what happens to her, but it’s more complicated than that. Whether he admits it or not, Marty seems to recognize on some level that, in order to survive this situation into which he’s gotten himself, he needs someone ruthless and conniving in his corner, and no one in his family remotely fits that bill.

Marty needs that more than he realizes, as his and Ruth’s theft of the strip club ownership documents from Bobby Dean (Adam Boyer) removes Bobby from the picture in more ways than one, and puts Marty & company in the crosshairs of yet another unseen enemy. With the cartel breathing down his neck about the slow movement of their funds and Agent Petty (Jason Butler Harner) now cozying up to Ruth’s kin, the last thing the Jenga tower that is Marty’s life needs is some new player with an impatient hand.

There is every indication the only way out for Marty is embracing the darkness more. When Marty shows up to post bond for Bobby and let him know the Ozarks now only have one launderer of note, you can tell the only real joy left in his life is outsmarting systems most people submit to without hesitation. However, he slips up by letting Bobby know he has a rough moral code: even though he could simply steal Bobby’s operation, he’s going to make him a “fair” offer and buy it outright. Marty sees this as a moment of strength, a way of convincing himself he’s still good. But it’s not moral and it’s not strong; it’s a stupid, pitiful gesture that will undoubtedly come back to bite him in the end.

Here in the middle stretch, Ozark is biding its time, not asking us to sympathize with Marty or even begrudgingly admire him the way so many did with Walter White. Ozark instead asks us to look long and hard into the darkness surrounding Marty and his family and see what stares back. The central question in Ozark increasingly seems not to be “How do you break a basically good man?”, but “How many people will a man hurt before he admits he never had a soul to sell in the first place?”