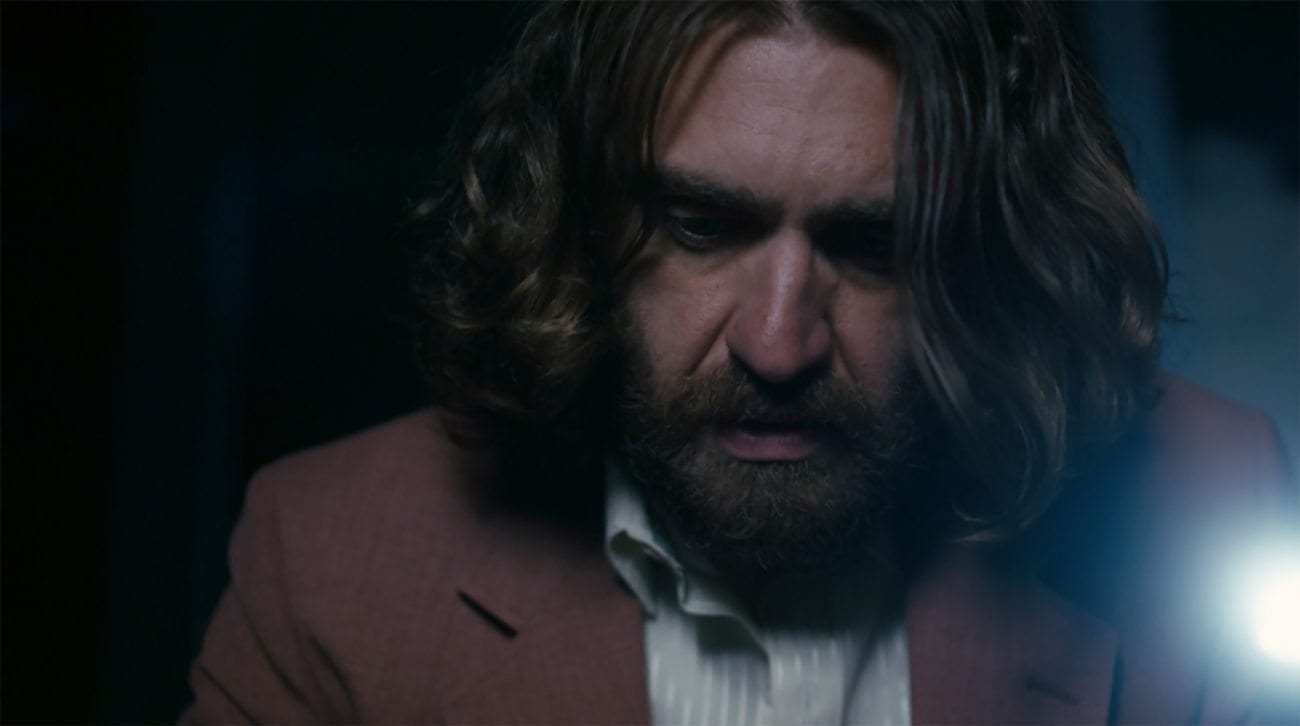 People often become obsessive conspiracy theorists as a result of trauma in their lives. Sometimes it’s connected to a mass event, as happened with 9/11 and the subsequent belief by one third of the US population that the government is responsible in some way. Other times it’s something smaller and more personal, like an accident at work that scars you and claims the lives of your friends. It’s this latter breeding ground for paranoia that Michael Borowiec and Sam Marine explore in their debut feature Man Underground. While the result is a frequently clumsy work, it’s nonetheless imbued with a charm and realness other quirky high-concept indie flicks struggle to pull off.

The conspiracy theorist at the heart of Man Underground is Willem Koda (George Basil, fresh off a great TV year with recurring roles on Crashing, Flaked, and Wrecked), former geologist-turned-UFOlogist, complete with gigs on the UFO convention circuit and a YouTube channel with dozens of viewers.

It’s not a generic Area 51 conspiracy that fascinates Willem, though, but a more unique belief that aliens are helping the US government build complex tunnels in trade for supplies. Willem knows this because he was there when a drilling operation let the aliens out of a cavern they were sealed in, releasing unusual chemicals which horribly burned Willem and eventually killed his coworkers.

Or at least that’s the story as Willem tells it. Man Underground, somewhat by design, is short on answers, leaving viewers in the dark about the legitimacy of Willem’s claims. We get glimpses of seeming support for Willem’s account, but never a definitive indication one way or another whether his interpretation of the trauma that scarred him is accurate. What is certain is that Willem’s beliefs have driven away pretty much everyone in his life and ruined his marriage, leaving him with only a cat and a nerd named Todd (Andy Rocco) for company.

An offhand comment by Todd inspires Willem to write a screenplay about his life and turn it into a film, and it’s this development that really drives Man Underground. Borowiec and Marine ambitiously stage a film within the film, a trope which all too often sinks productions that can’t figure out how to effectively differentiate the two. Man Underground doesn’t exactly justify that ambition on a technical level, but the chemistry of the cast makes up for that, particularly whenever Pamela Fila is on-screen.

Fila plays Flossie, a New Yorker who dropped out of college and moved back to her hometown to live with her parents while she figures out what to do next. While working at the local diner, she agrees to take Willem’s table away from another waitress who can’t stand dealing with him, and she ends up fascinated by his oddness. Willem ends up offering Flossie a role in the film he and Todd are making; she agrees, viewing it as a break from both the boredom of small-town life and the frustration she has with her boyfriend and condescending trust-fund brat Francis (Felix Hagen).

The film asks Fila to juggle a lot of complicated emotions and feelings – she has to be endearing but flaky, independent but aimless, thoughtful but noncommittal. Fila manages to do all this with aplomb, successfully performing a character who is herself acting, turning the dreaded potential of yet another manic pixie dream girl trope into a believable and fascinating character. And she manages to do it via a script confounding in its unwillingness to follow most of its plot points to a legitimate conclusion.

Man Underground’s writing is by far its weakest link – particularly since the narrative sets up a number of promising leads it never actually follows – and yet somehow the dialogue allows the film to feel more realistic in its depiction of different forms of anxiety. Flossie, Willem, and Todd come together because they’re all adrift, hoping that someone or something will help them understand what exactly they’re meant to do with their lives. Of the three, Willem is the most driven and focused, albeit on perhaps irrational subjects, and that makes Flossie and Todd’s loyalty to him come across as genuine and relatable, even when Willem’s eccentricities embarrass or alarm them. Basil’s shellshocked performance as Willem takes a while to grow on you, but once you connect with it and understand what he’s expressing with the character, it makes the chemistry between these three all the more lifelike.

There’s a bit of Safety Not Guaranteed in Man Underground in this regard, for better and for worse. Both films explore the irrational ways we deal with trauma and the struggles the people who care about us go through as they try to cope with that irrationality. But Man Underground ultimately feels more honest, even if its final third goes in an unexpectedly dark direction.

In the end, Man Underground triumphs not because of a reveal of any grand mystery, but because it shares significant traits with its core trio of characters: it’s goofy, aimless, and heartbreakingly sincere. And like any good conspiracy theory, its story might not hold up under much scrutiny – but damned if it isn’t entertaining. 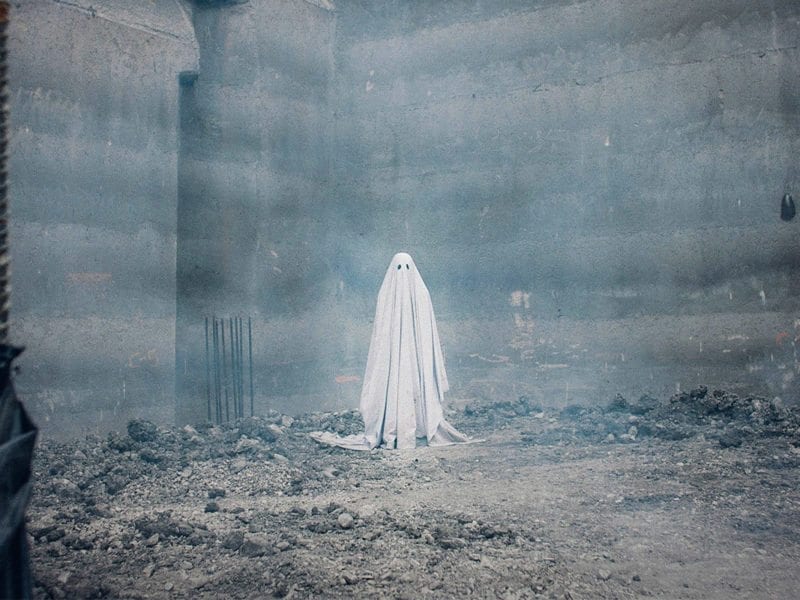 ‘A Ghost Story’, ‘The Incomparable Rose Hartman’, ‘City of Ghosts’