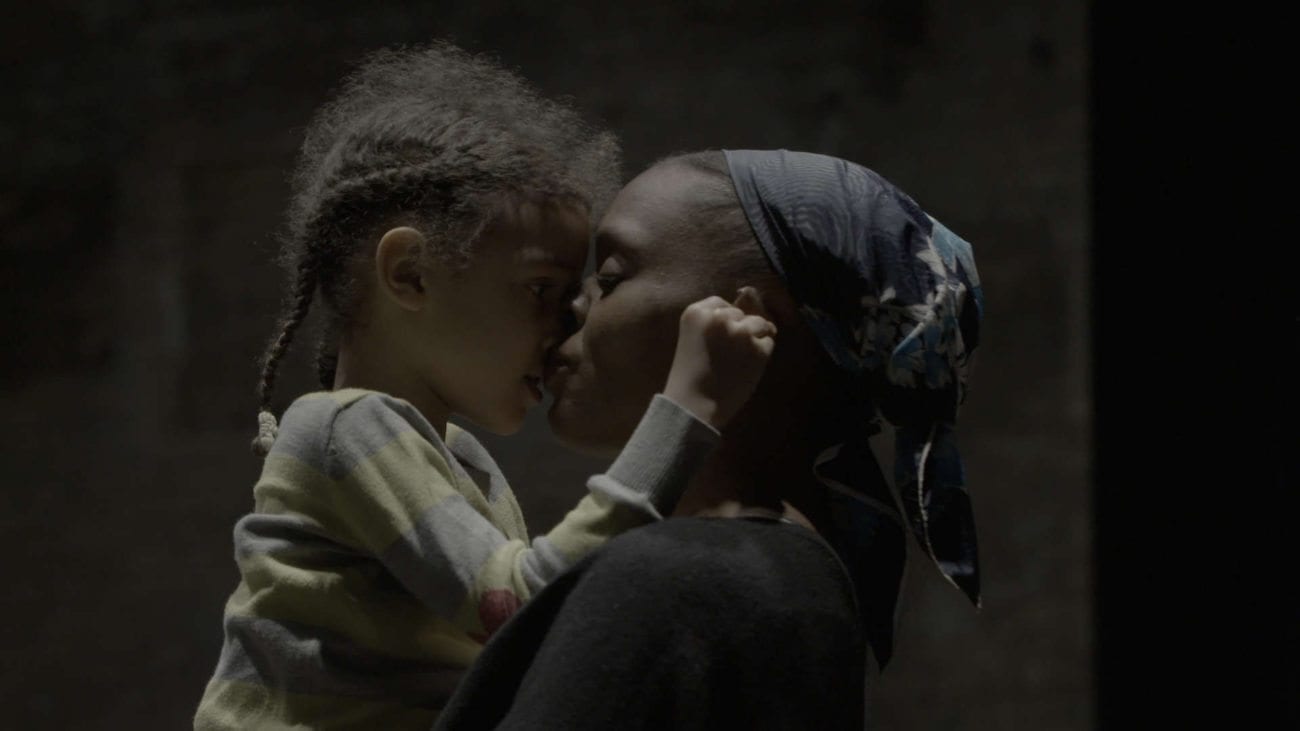 Dance as an art form is defined by the experience of bodies – bodies in motion, bodies striking poses, bodies in pain – and its most important innovators force audiences silently to engage in conversation with the human form and what it endures. But few artists in any medium are as capable of provoking the kinds of conversations about bodies that Okwui Okpokwasili regularly does with her performances. This is especially apparent in Okpokwasili’s masterpiece Bronx Gothic and its exploration of an ongoing dialogue between two young girls, one more aware of sexuality and development, the other initially seeming more naive and in need of guidance.

In documenting Bronx Gothic for film, director Andrew Rossi (Page One: Inside the New York Times) seeks not only to translate Okpokwasili’s work to another medium, but also to contextualize and build further on the conversation the piece provokes about black bodies in particular. That the movie succeeds is a testament to Rossi’s ability to give his subjects the freedom to tell their stories through their own methods, as well as the strength of Okpokwasili’s work and her unyielding dedication to exploring the questions it provokes on- and off-stage.

Many of those questions come from Okpokwasili herself, who is not only the creator of Bronx Gothic the production but also its chief student. Throughout Rossi’s documentary, Okpokwasili engages in dialogue with herself and others about the meaning of Bronx Gothic. “Maybe Bronx Gothic creates visibility for the invisible”, Okpokwasili ponders at one point, building on her overarching desire to be part of “a long tradition of women who are authoring spaces for themselves”.

Bronx Gothic the performance couldn’t be more visible or more singular; it’s a work both volatile and aggressively physical, Okpokwasili using her body not only as an instrument of grace but one of ferocious endurance, every ounce of sweat and spit and tears not only unavoidable but necessary for the theme. Bronx Gothic utilizes this kind of physical extremity to force audiences to focus, beginning with a half-hour intro that has Okpokwasili vibrating in the corner of the stage as the audience enters.

Okpokwasili tells one audience member during a Q&A that the physically exhausting and epic-length introduction is a palate cleanser of sorts: a way to make a crowd wipe away the thoughts of wherever they came to the theatre from – work, home, school – and think only of what’s in front of them. But it also connects to the specific body conversation Okpokwasili wants to have, about “brown bodies in pain” and the gaze that is always on them.

In one of Bronx Gothic’s most emotionally wrenching moments, Okpokwasili sits in a classroom at Alverno College, listening to other women talk about the abuse and victimization their own bodies have endured and the hopelessness they feel. A previous scene has a different student crying after listening to Okpokwasili discuss some of her intent with Bronx Gothic and her dismay at how women are discouraged from talking about their bodies and the feelings surrounding their growth and change.

Of course, Bronx Gothic the documentary wouldn’t be the triumph it is if it didn’t also bring vivid life to Okpokwasili’s actual show. As exhilarating as Bronx Gothic must be live, Rossi’s camera gets closer to Okpokwasili than an audience member could ever hope, homing in on the physical struggle she endures to make the show so powerful, from the constant vibrations of her body, to the visceral thuds as she throws herself around, to the sweat and tears dripping down her face. Rossi takes some artistic liberties with the material, occasionally slowing frames down or splicing together scenes to make Okpokwasili’s movements all the more uncanny, but for the most part he aims for a raw, unfiltered view of the piece, evoking a uniquely cinematic intimacy but allowing Okpokwasili’s body to do all the thematic heavy lifting.

Near the middle of the film, Okpokwasili speaks about the closeness she covets in performances, the way she makes her body ask the audience, “Is my blackness getting on you?”, and it’s clear with this documentary she goes even further, bringing audiences uncomfortably close not just in a physical but an emotional sense as well. She later pointedly asks, “Can you take on not just the cool parts of blackness, but the pain?”

Bronx Gothic consistently serves as a haunting and powerful reminder of that pain and how Okpokwasili expresses it with every fiber of her being. By documenting it so well, Rossi has helped Okpokwasili guide even more audiences through that experience, provoking them to listen and join the conversation themselves. 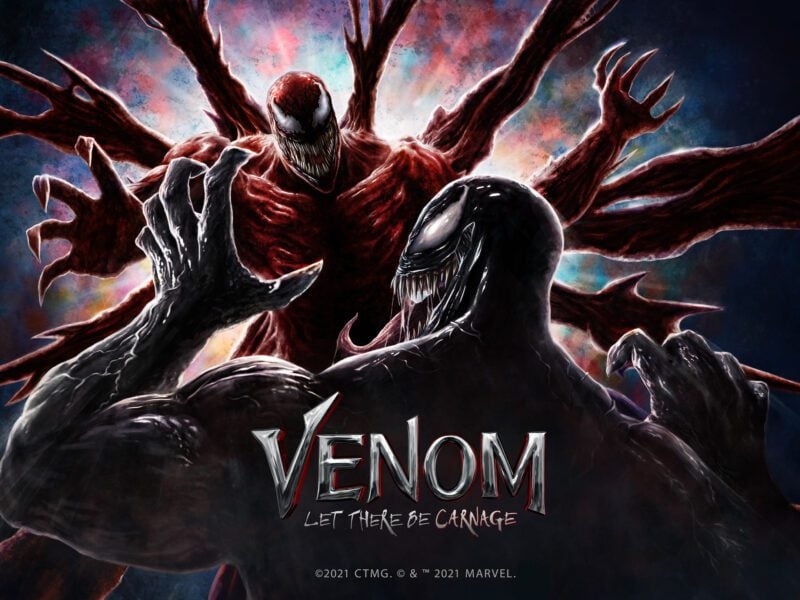 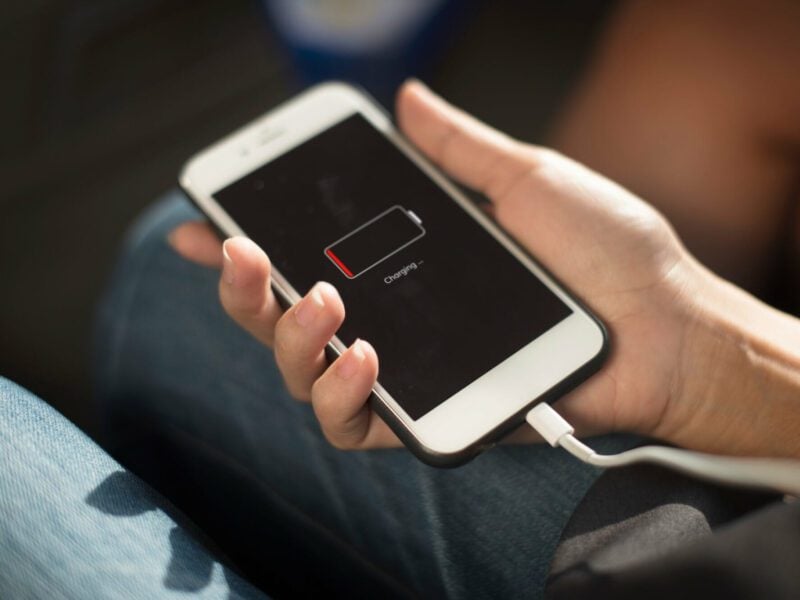