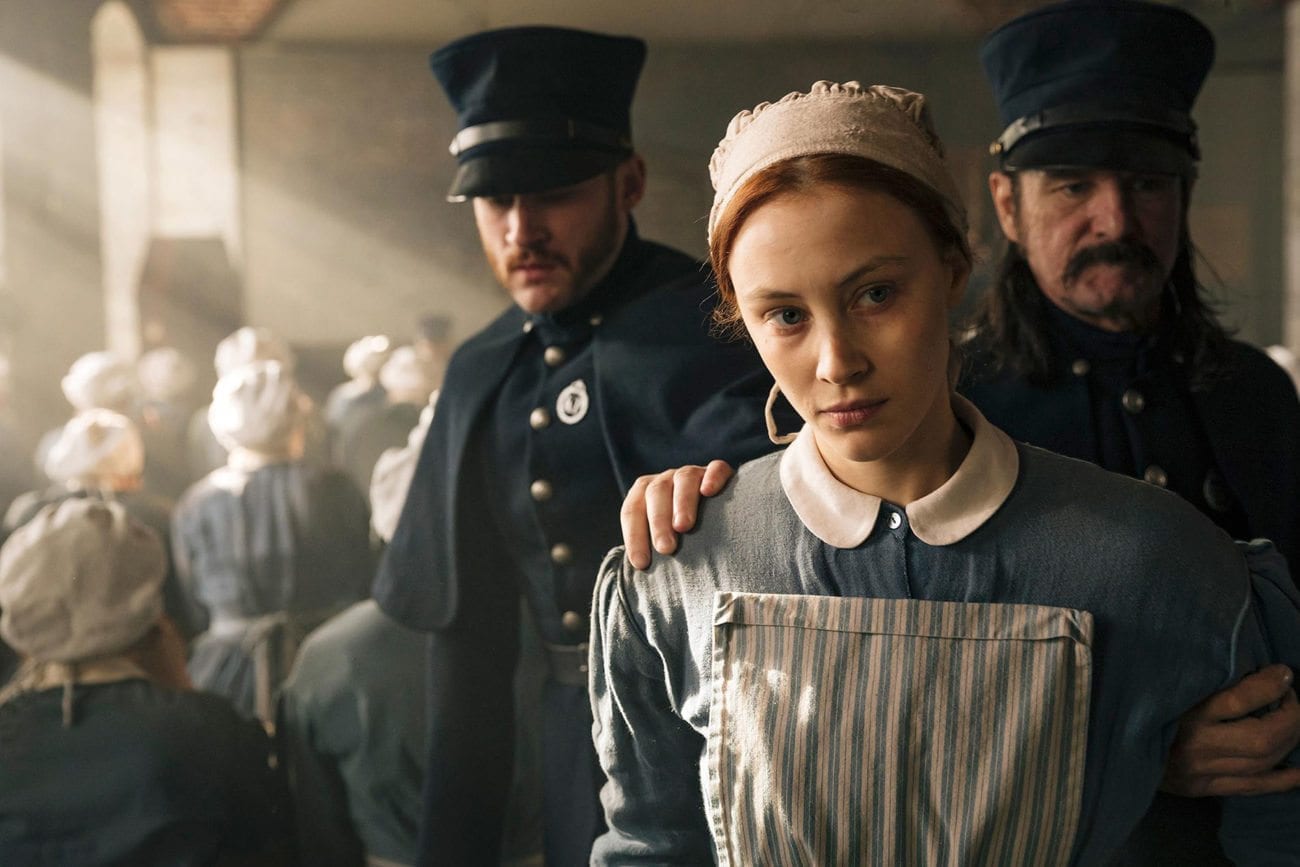 Verdict: “If there has been a crime, people want a guilty person. Rightly or wrongly, it does not matter.” The success of Hulu’s Emmy-winning The Handmaid’s Tale ensured that more Margaret Atwood adaptations would follow, and Netflix is quick out of the gate with Alias Grace. Treading similar thematic terrain as A Handmaid’s Tale with its portrayal of toxic domesticity, Alias Grace is nonetheless an altogether different beast. Directed with pristine style by Mary Harron, Alias Grace uses the real-life story of Grace Marks (Sarah Gadon) and the alleged murder of her employers to dissect the ways women feel pressured into avoiding their true selves via various archetypes. It may look like your typical period drama, but that’s just so its own true, sharp self can be better concealed.

Take Every Wave: The Life of Laird Hamilton

Logline: The story of how king of the waves Laird Hamilton shaped surf culture one tube at a time.

Verdict: Take Every Wave: The Life of Laird Hamilton is the unbelievable story of the Evel Knievel of the sea. Documentaries and surfing go hand in hand, but normally surf films are focused on the waves and the action, rather the biographical details of the people riding them. As Rory Kennedy (Last Days in Vietnam) proves with Take Every Wave, it doesn’t always have to be that way, particularly when you’re dealing with someone like Laird Hamilton (Waiting for Lightning), whose figure looms as high over surf culture as the epic waves he pursues. However, Kennedy wisely avoids making Take Every Wave just another hagiographic biodoc; instead, it’s a fair and unflinching investigation of all the ways Hamilton changed surf culture, for better and worse.

Battle of the Sexes

Logline: What happens when an outspoken feminist activist and a fast talking chauvinist showman come together in a tennis match made in hell?

Verdict: One of the greatest victories for women’s rights didn’t happen in a courtroom, but on a tennis court. Valerie Faris and Jonathan Dayton’s Battle of the Sexes couldn’t have come up at a better (or worse?) time. The cartoonish antics of aging male tennis champ Bobby Riggs (Steve Carell) attempting to goad reigning women’s tennis champ Billie Jean King (Emma Stone) into a “battle of the sexes” seem downright quaint. The film certainly doesn’t lack for entertainment value, but what’s surprising is how subversive it is, using underdog sports hero clichés as a distraction to tell its real story: King’s struggles to accept her sexual identity and have a fulfilling relationship with a woman. Along the way, the film also condemns “gentlemen” who think politeness masks their bigotry, the sports world’s pay inequality, and the over commercialization of athletics. Consider this the rare sports film with brains.