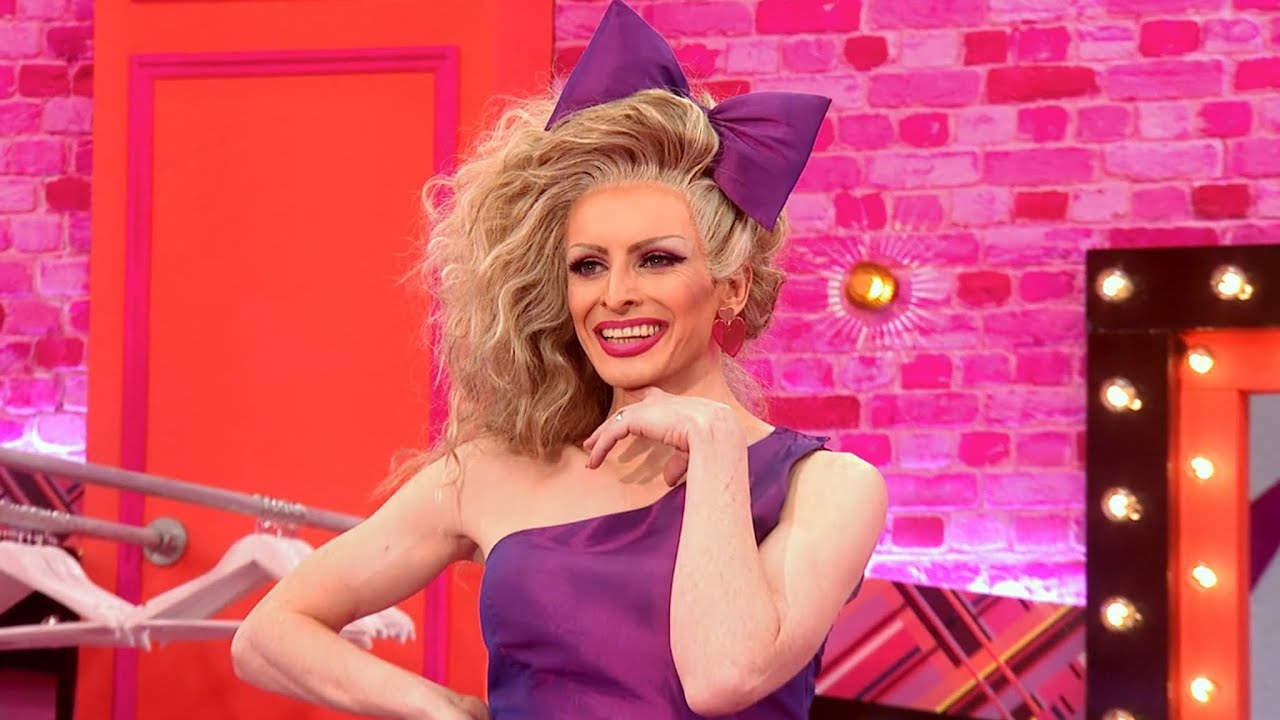 ‘Drag Race UK’: Veronica Green on getting COVID and her drag future

COVID is ruining dreams left and right. We’ve all come to terms with it, including former Drag Race UK contestant Veronica Green. As we sadly found out in the first episode filmed after their quarantine, Veronica was removed from the competition after contracting coronavirus.

Don’t worry fans of our musical queen, we haven’t seen the last of her. Veronica was given an automatic ticket to Drag Race UK season three if she so chooses. Of course, we’re not letting her leave the werkroom without getting all the tea. 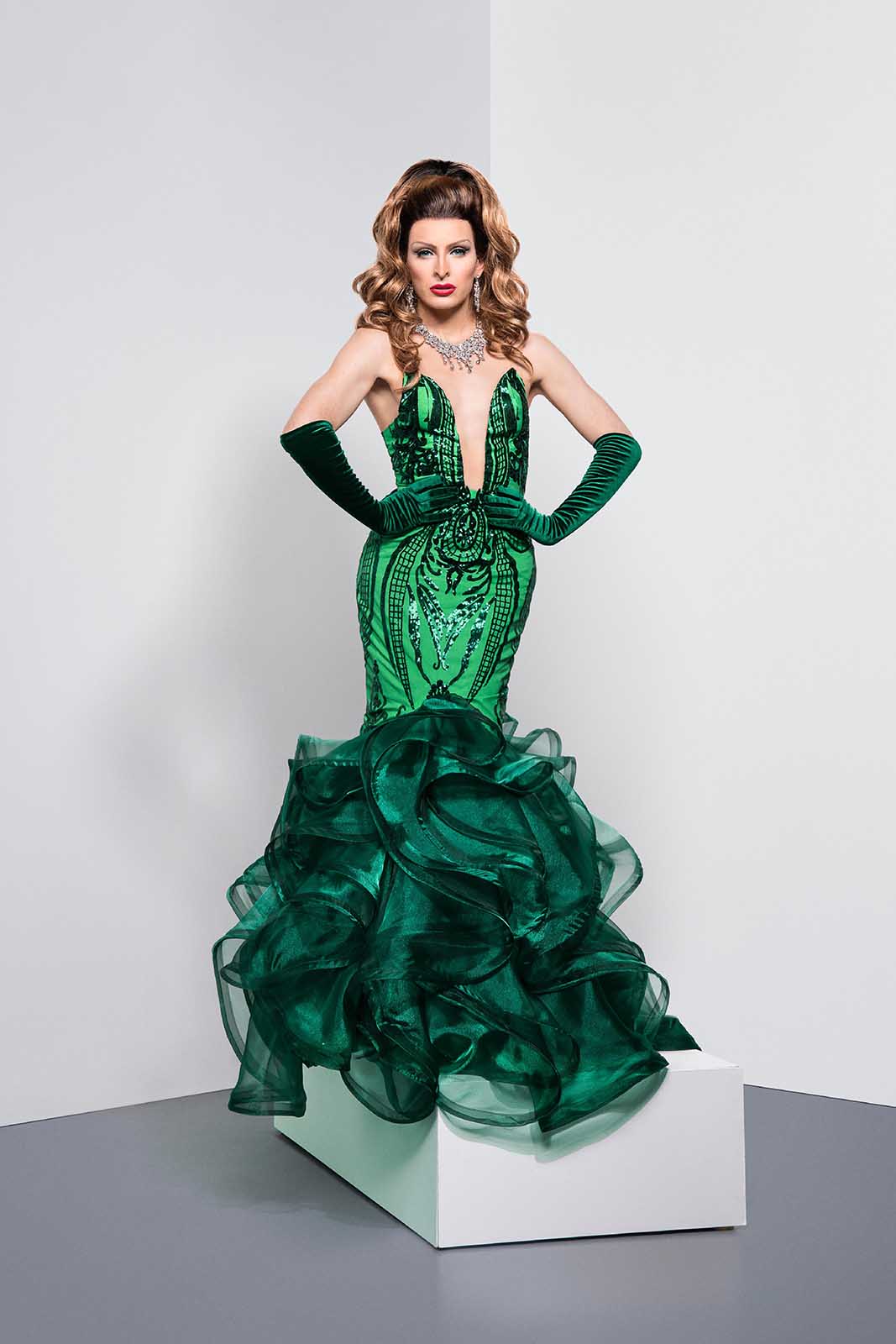 Since winning her challenge in episode two, it seems like Drag Race UK has been trying to make Veronica Green the villain of season two. However, if you see Veronica over A’Whora as the villain, Veronica has some things to say to you.

“If people want to think I was the villain for popping off once in an Untucked, then maybe they need to re-evaluate how they see human beings.” she said of the critics. 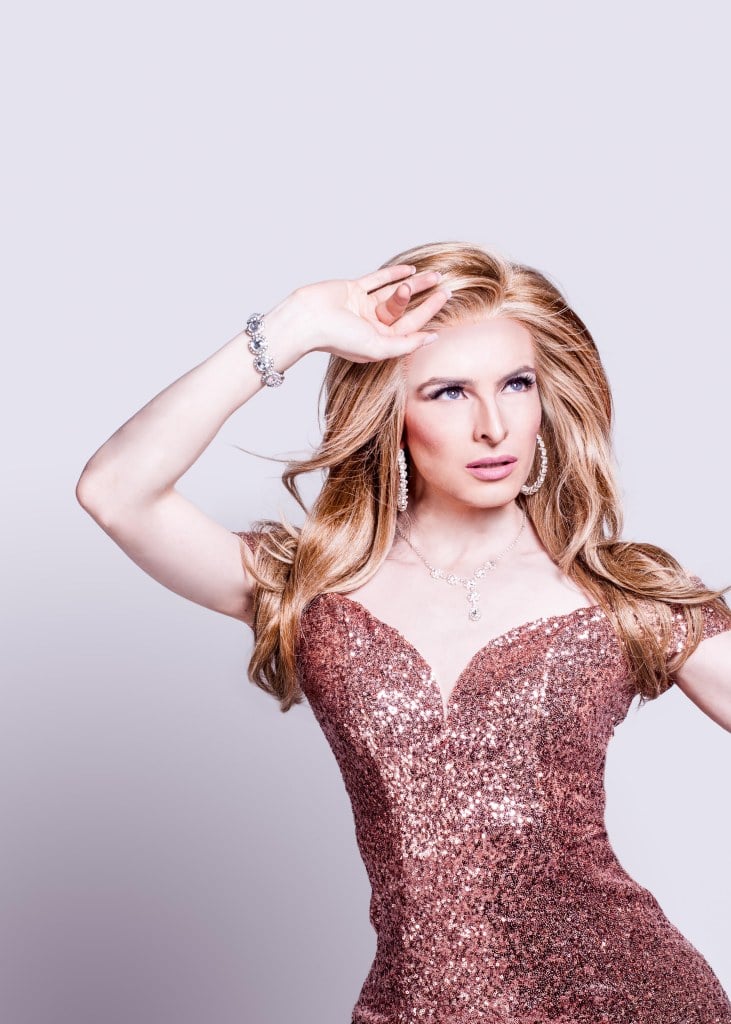 Sadly, the whole reason we lost more of Veronica Green this season is because she came down with COVID during the production delay. Her positive test couldn’t have come at a worse time.

“I got my diagnosis results back two days before we would go back to filming. It was a little bit surprising because I didn’t feel ill. My symptoms were very mild and I didn’t suffer from COVID at all.” she told us.

You can read the full interview with Veronica below. 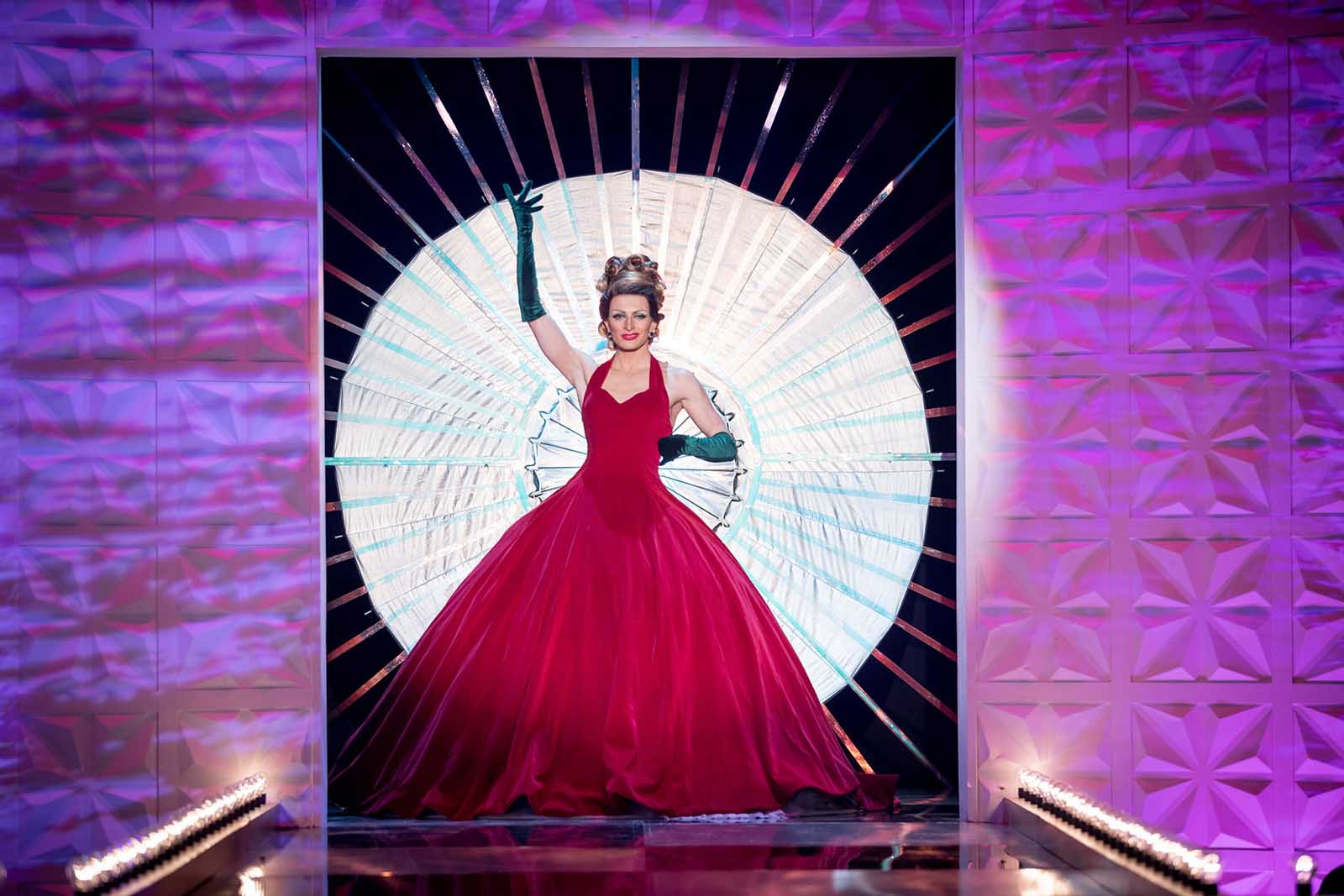 I started doing drag actually because of RuPaul’s Drag Race. Myself and season 1 queen Vinegar Strokes were on a musical theater job together in 2010. Season two [of RuPaul’s Drag Race] was airing on a channel called E4 in the UK. We just caught a glimpse of it, when we were just heading down to stage. I was absolutely enthralled by it.

What happened to be airing at the time was the iconic lip sync performance between Raven and Nicole Paige Brooks to “You’re Never Gonna Get It”. I watched that whole lip sync and I was like “Wow, can this actually be a job? This is something you can do?” Because drag is something that I’ve grown up with.

I loved the film To Wong Foo, I loved musicals, all those kinds of films. Plus growing up with Lily Savage, Dame Edna Everage; it’s always been a huge part of my life. But it wasn’t until that moment that I thought “Oh, this is something you can do.” 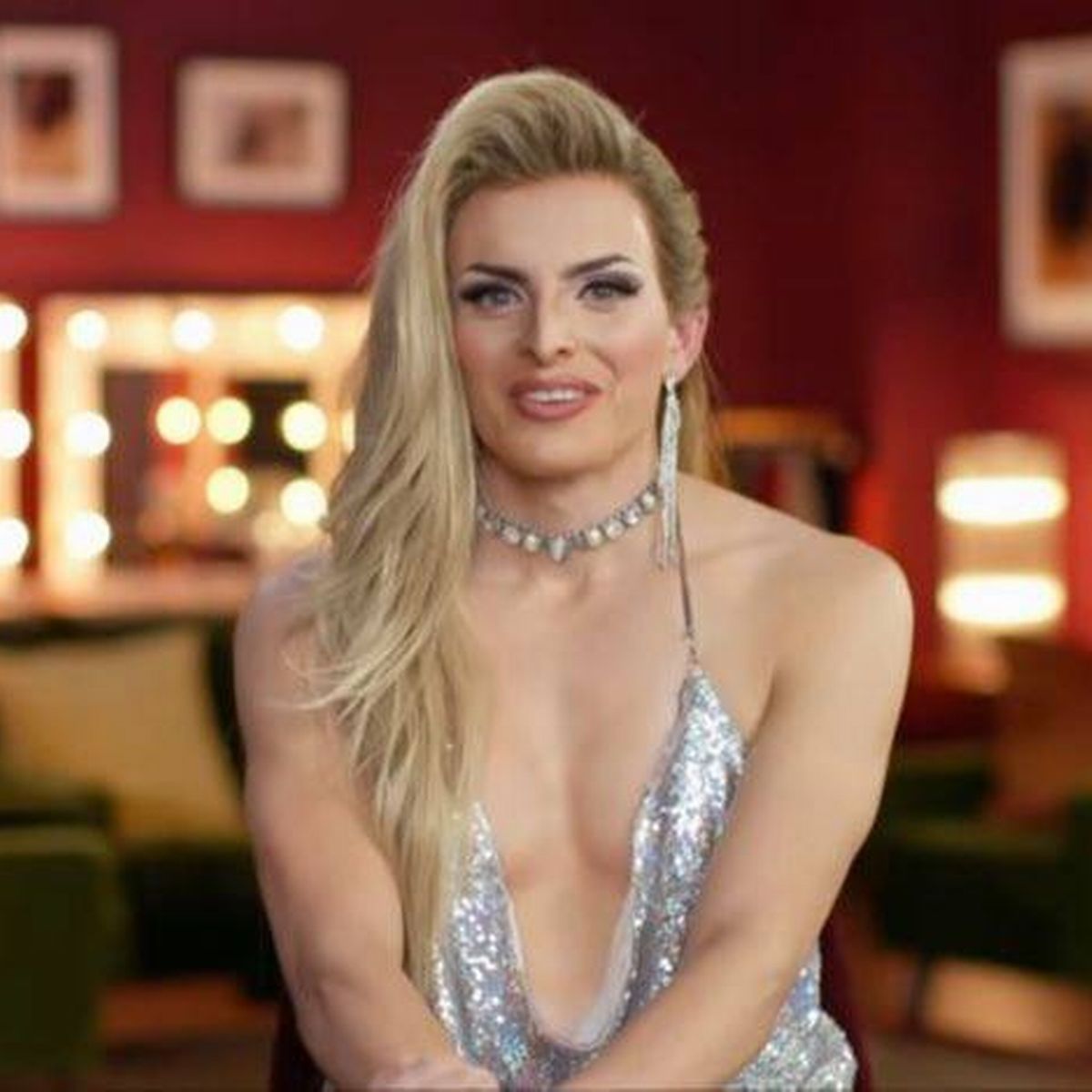 What made you audition for Drag Race UK?

It is one of the largest platforms for drag worldwide. I love the U.S. version, so when I heard it coming to the UK I just like, “I have to be on this show.” So I auditioned for season one. And they ignored my audition tape. And then season two. I just hit the right note so my audition tape is much stronger and more secure in what I bring to the competition.

When Drag Race was announced to be coming to the UK for season one, that was when I decided to learn to sew. So I decided to start making my own drag, so that way I would no longer be an off-the-rack queen. Because I was very much an H&M, Topshop kind of queen.

So I spent my lockdown actually battling a bit of depression. Yeah, I didn’t take the lockdowns very well and everything that happened. My whole source of income, my work disappeared, the entertainment industry was on the verge of collapse and all my gigs were canceled. I struggled to struggle to deal with. With that and having no income for nearly seven months? It was tough for me. 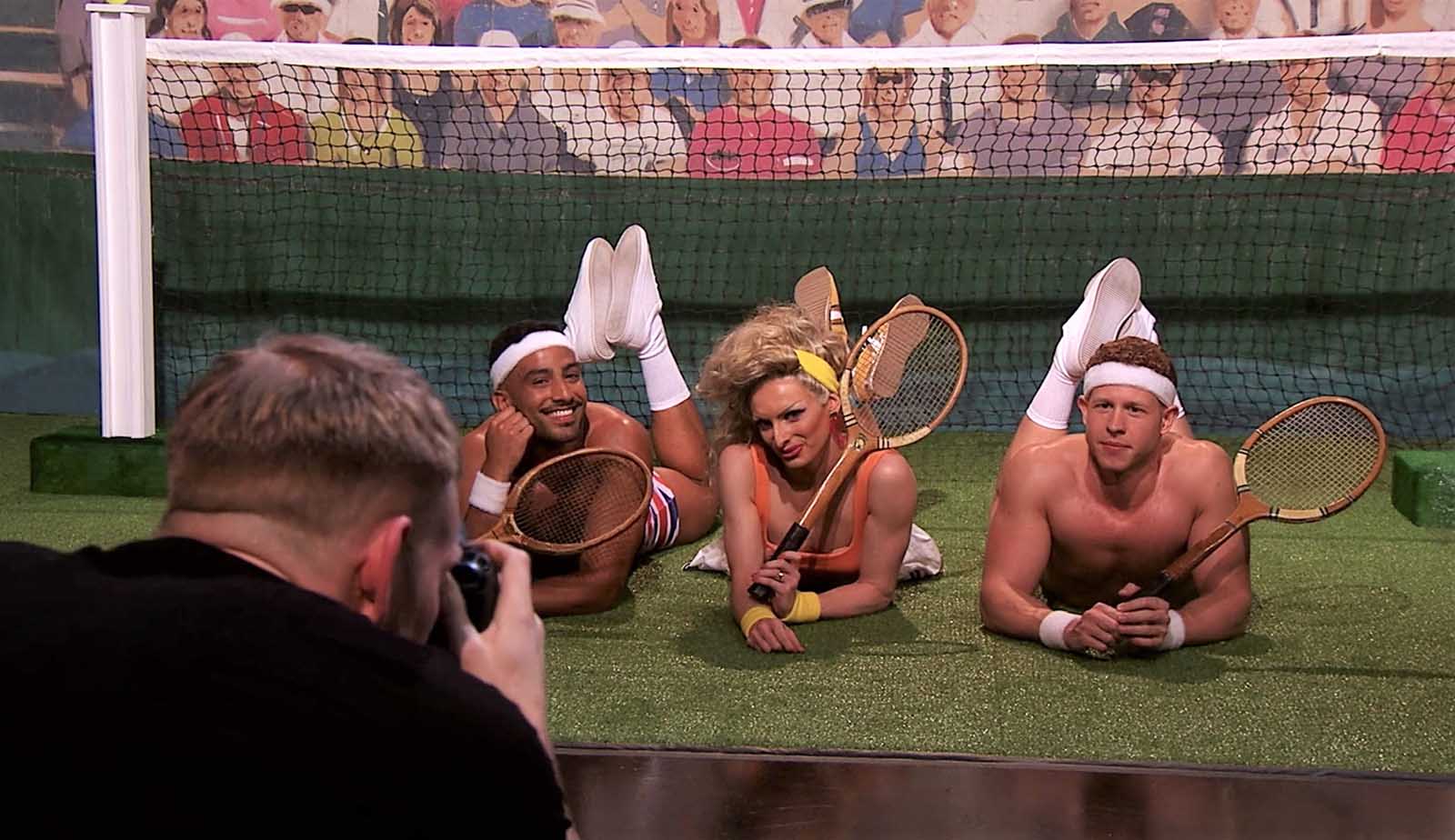 Sadly part of your lockdown experience included fighting COVID-19. Can you tell us about your experience with the illness?

I got my diagnosis results back two days before we would go back to filming. It was a little bit surprising because I didn’t feel ill. My symptoms were very mild and I didn’t suffer from COVID at all.

I did have mild symptoms, so I had a cough, and my body did feel different. But I did recover after 10 days. It was just unfortunate that I contracted it just before I was supposed to go back to film. I was very, very lucky that it was just a mild case.

It seemed like shortly before you left, the show was trying to make you out to be a kind of villain. Do you think that was intentional or just how the edit played out?

I don’t blame the idea at all. I don’t think it was intentional in any way. I think everybody has highs and lows. Everybody thought A’Whora was the villain for the first couple of episodes. If people want to think I was the villain for popping off once in an Untucked, then maybe they need to re-evaluate how they see human beings.

Like we all go through different emotions, different mental states. Sometimes we argue with somebody when we’re in the wrong. I’m not always right. Just because I’m shouting loud, doesn’t mean that I’m right. Sometimes I let my feelings get into my head, and then those moments happen. If I got to stick around longer, maybe I’d have had the chance to apologize to A’Whora. I never got to resolve that, unfortunately.

The fans have to know: Did Tia Kofi reach out to you? Are you guys still close even after the competition?

Do you regret your time on the show?

The whole point for me going into a competition and a reality television show is that I wanted to show the real me. I didn’t want to see a curated version of myself so you’re going to get the good, the bad, the ugly, the best bits, the worst bits, the highs, the lows, the successes and the failures. I was really proud to show all sides of me and not be afraid to let the ugly side hang out. 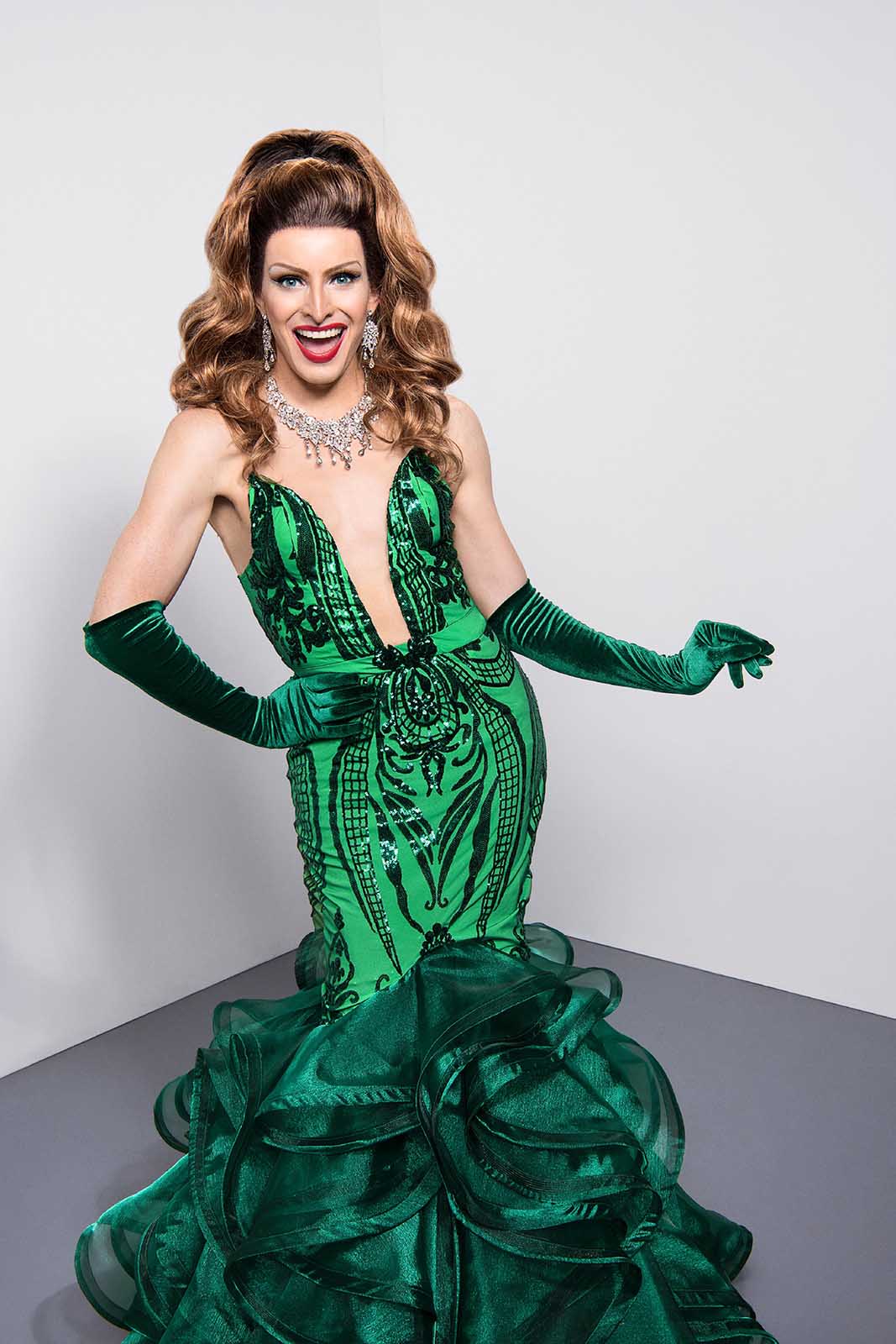 If you were able to stick around for it, what would you have done for Snatch Game?

I was going to do Hillary Devey from Dragon’s Den. But unfortunately I wore the wig for episode four, the daytime television show challenge. And when Alan Carr clocked it on the runway, I was like “Okay, that’s off the table now. Definitely not going to do that.” 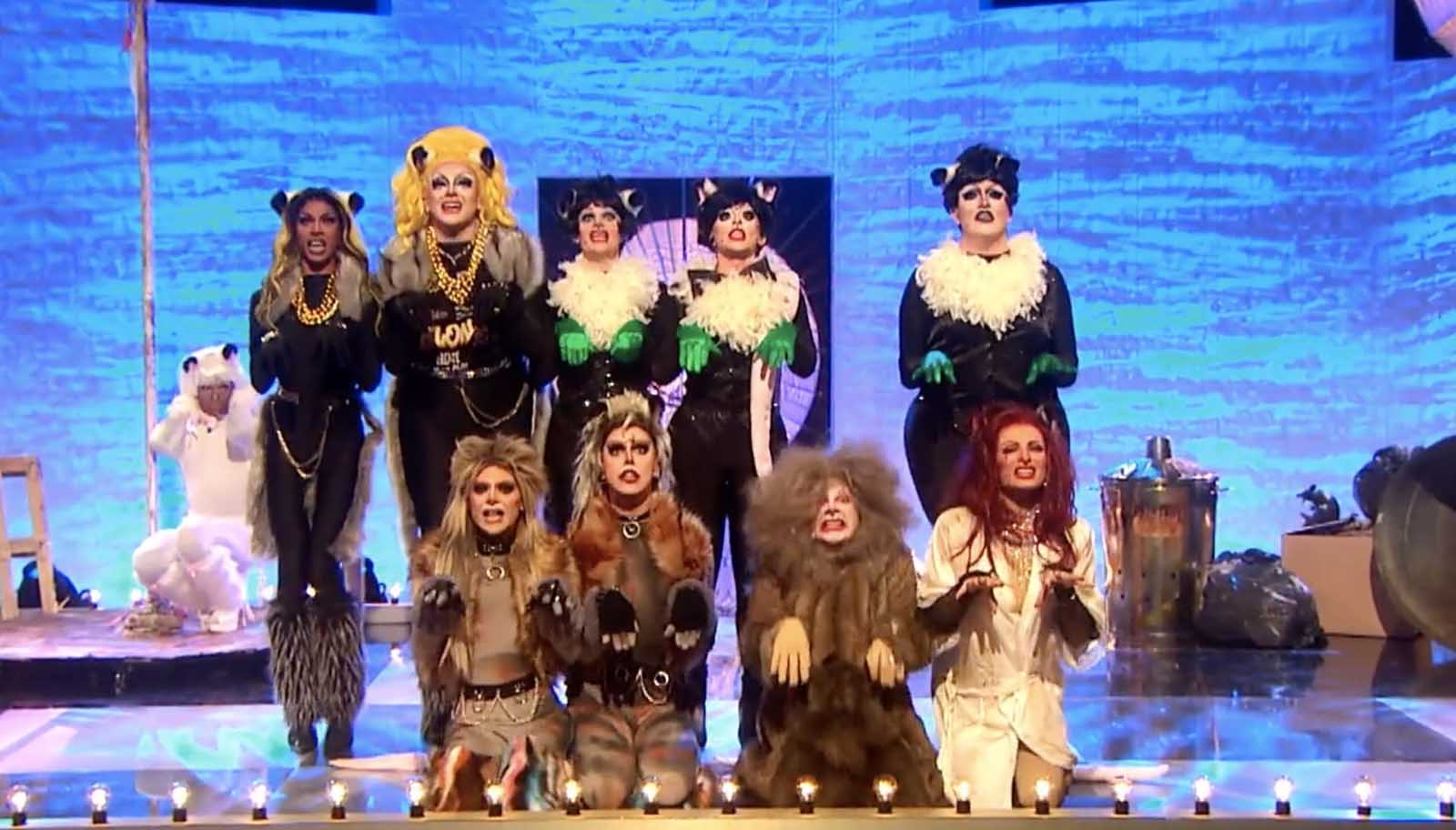 I learned that I have a habit of mine in life, seeking approval from other people, that I really need to work on. It’s something I’ve struggled with all throughout my childhood, from being bullied as a little queer kid, to being in the entertainment industry and, you know, failing and getting rejected from audition after audition.

That need for constantly seeking approval from other people is something that I know is a negative aspect of my personality, and it creeps out in competition every now and again.

So I would say that I’ve learned that that is definitely an issue with me that I need to really think about because I’m a very positive person, and I see that I weigh myself down with how other people think about me too much. I put too much weight on other people’s opinions. So that’s something, moving forward, to continue to work on.

Where can the fans find you, and what’s next for Veronica Green?

I’m on my socials! I’m on Instagram and Twitter @veronicaqween queen. On those two platforms, I’m going to be releasing some music like all good drag performers do. However, there’s going to be a bit of a twist, as I went back to my theatrical roots.

So my original music is going to be heavily theatrical. So not the usual thing you would expect to hear. So watch out!