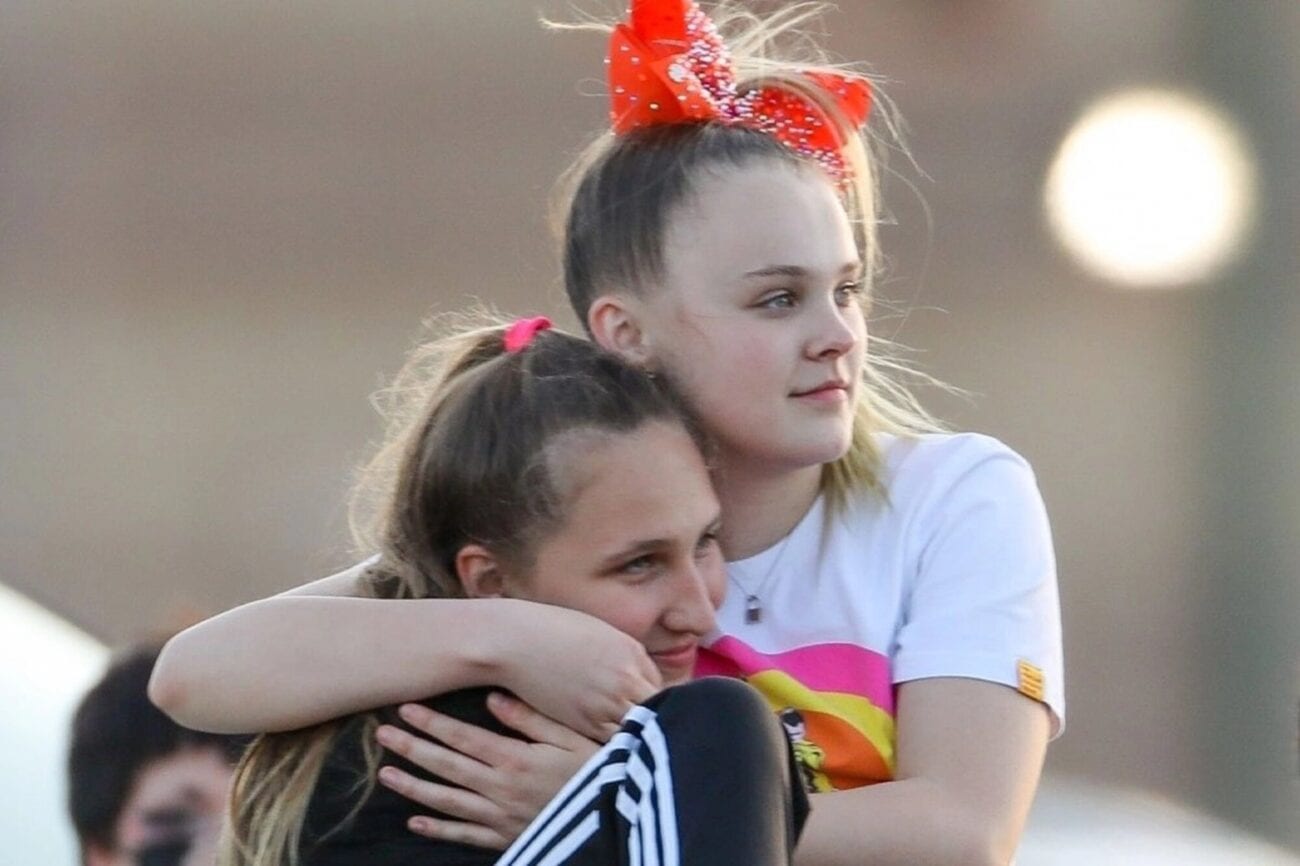 Jojo Siwa comes back like a Boomerang: What’s the star up to now?

What is Jojo Siwa up to now? The star who has been making headlines this past year after she came out as a member of the LGBTQ+ community seems to be focused on changing up her look and falling further in love with her girlfriend lately, and we’re absolutely obsessed with following all that she’s been up to. Let’s take a look at what she’s been busy with here!

🥰🥰🥰 And I love her more than everythinggggg:)

Jojo Siwa and her girlfriend

Jojo Siwa is truly in paradise right now with her girlfriend. The child star who recently had her eighteenth birthday back in May recently took to Instagram to celebrate her happy relationship with her girlfriend of five months. Celebrating their anniversary, Siwa wrote on her story: “You’ve changed my life forever”. Aww! If you need us, we’ll be gushing over all their cute Instagram photos like proud parents.

She then added: “I love you more and more every day. Thank you for being the best girlfriend in the world. Happy five months, my love bug”. Kylie Prew, her girlfriend, also celebrated their five-month anniversary a few days ago on June 9th by sharing a photo of the two of them donning matching Gucci jackets onto her Instagram story, sharing: “My one in a million. I love you more and more each day”.

In celebration of Pride Month, Jojo Siwa even recently opened up to her fans about finding love in her LGBTQ+ community by writing on Instagram: “Happy Pride Month! 🌈 It’s time to celebrate being who you are and LOVING who YOU wanna LOVE!! ❤️. It really has been the best five months of my life truly being exactly who I am, and finding love has been the best part of it all. I love this human so much. I’m so happy❤️”.

Showing off her pride

We’re so happy for Jojo Siwa and Kylie Prew and can’t wait to see more of their relationship photos as they continue to grow further in love. It was back in January when the star first made headlines for coming out when she posted a TikTok video of herself jamming out to “Born this Way” by Lady Gaga. Following online speculation over whether it was a coming out video or not, Jojo Siwa eventually confirmed it herself.

She even mentioned that it was Kylie Prew who inspired her to actually come out, and added: “I still don’t know what I am. It’s like, I want to figure it out. And I have this joke. Her name is Kylie. And so I say that I’m Ky-sexual. But like, I don’t know, bisexual, pansexual, queer, lesbian, gay, straight”, she mentioned, revealing that she doesn’t exactly have one right word to define her sexuality.

Jojo Siwa said: “I always just say gay because it just kind of covers it or queer because I think the keyword is cool”. She also confirmed: “I like queer. Technically I would say that I am pansexual because that’s how I have always been my whole life is just like, my human is my human”.

♬ Man! I Feel Like A Woman! – Shania Twain

Changing up her look

Aside from a happy relationship, Jojo Siwa has also recently revealed that she’s now changing up her look. Last month, she surprised her fans when she posted a TikTok video of her without her iconic ponytail with a bow, showing off her long, wavy blonde hair. As Jojo Siwa has always been very well known for her iconic hairdo with a high, tight ponytail and a colorful bow to match, this came as a shock to the world.

Jojo revealed that it was her turning eighteen that made her want to change up her look, saying: “I’ve worn a bow, obviously, for the last 18 years of my life. I just had my 18th birthday, and it was right around my birthday that I realized, ‘You know, I kinda want to do my hair different today’”.

Jojo Siwa added that now felt like a better time than ever to embrace a new look, and wanted to go for a style that was “more mature”, but still said that “The bow is still a part of my life. I still love bows. I forever will. I mean, they’re who I am. But I just, you know, maybe I won’t wear it every day”. Whatever she does next though, she knows that she has a loyal fanbase that will support her through it all.