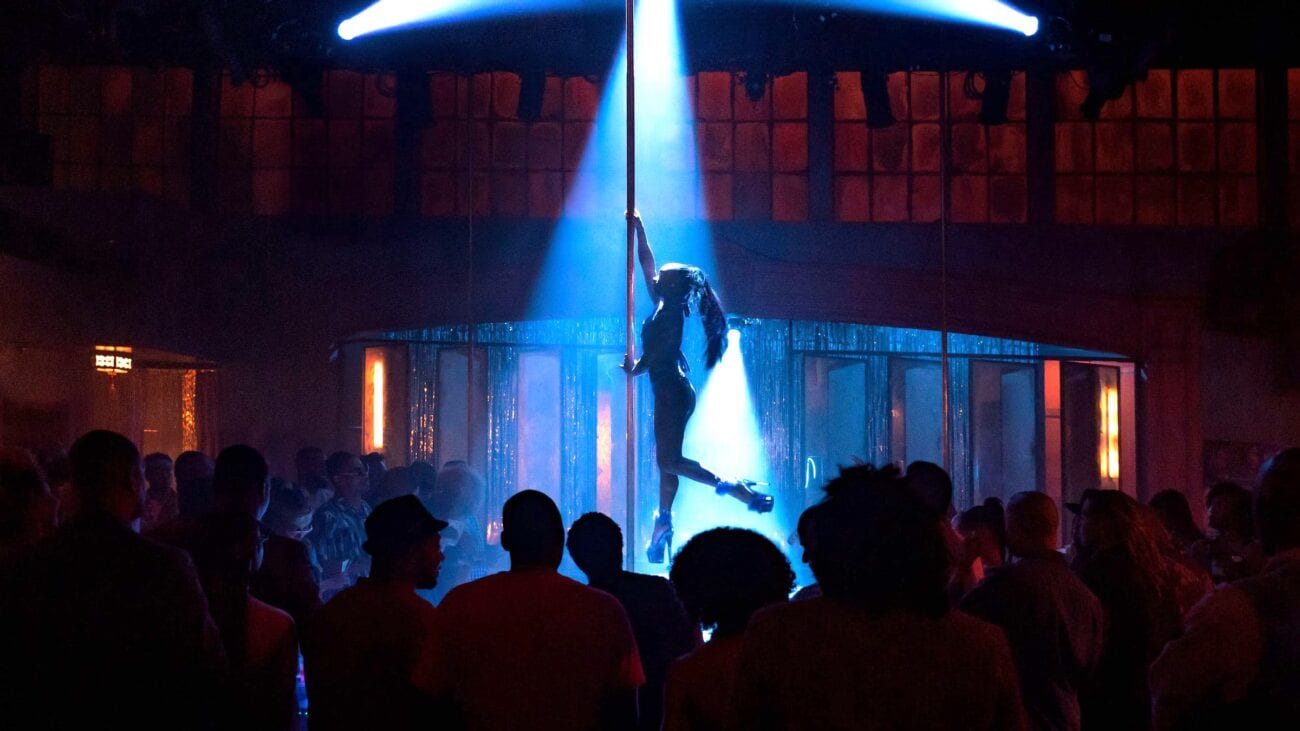 Strippers, queer identity, more: Why you need to watch ‘P-Valley’

P–Valley is an addictive, satisfying, muggy mess of a Starz drama series that leaves you wanting more. Based on the play Pussy Valley by famed playwright Katori Hall, who is the showrunner and executive producer of the TV series, Hall takes her excellence from the stage to the small screen in this adaptation.

P–Valley centers on the Pynk, a strip club nestled in a small conservative Mississippi town. The series tells the story of  a little strip club that could and the big characters who come through its doors – the hopeful, the lost, the broken, the ballers, the beautiful, and the damned.

In P–Valley, trap music meets film noir in this lyrical & atmospheric series that dares to ask what happens when small town folk dream beyond the boundaries of the Piggly Wiggly and the pawnshop. The end result is P-Valley, not only one of the year’s best series, but perhaps one of the best new series to hit television in years. 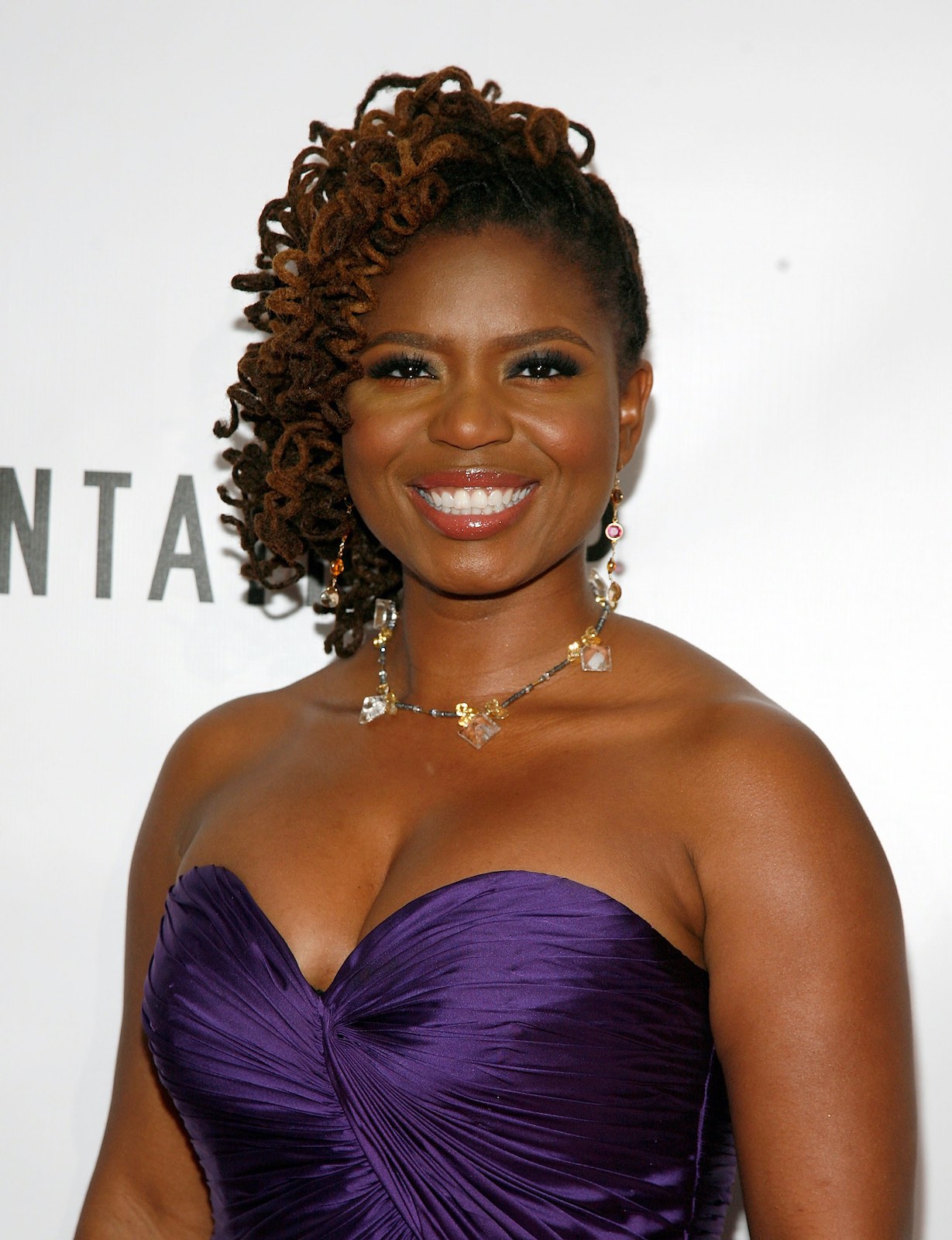 Beyond the Piggly Wiggly

P–Valley begins with Autumn (Elarica Johnson), a quiet and mysterious woman who is running away from her past & floodwaters, landing in a fictional town located in the Mississippi Delta. We don’t quite know what’s going on with her, but we can tell that she’s been through a lot. She arrives at The Pynk, the local strip club, for amateur night.

Pynk is owned by Uncle Clifford (Nicco Annan), a non-binary beauty trying to hold on to her iconic establishment as greedy developers swarm, hoping to use the land to build a multi-million dollar casino. And then there are the P–Valley dancers, the backbone of the Pynk, who are more than just ladies on a pole for male consumption.

Just look at Mercedes (Brandee Evans), a veteran dancer trying to leave the life, buy a dance studio, and get her estranged daughter back. Or Keyshawn (Shannon Thornton), a young mother facing domestic violence, and trying to build a better life for herself and her babies. 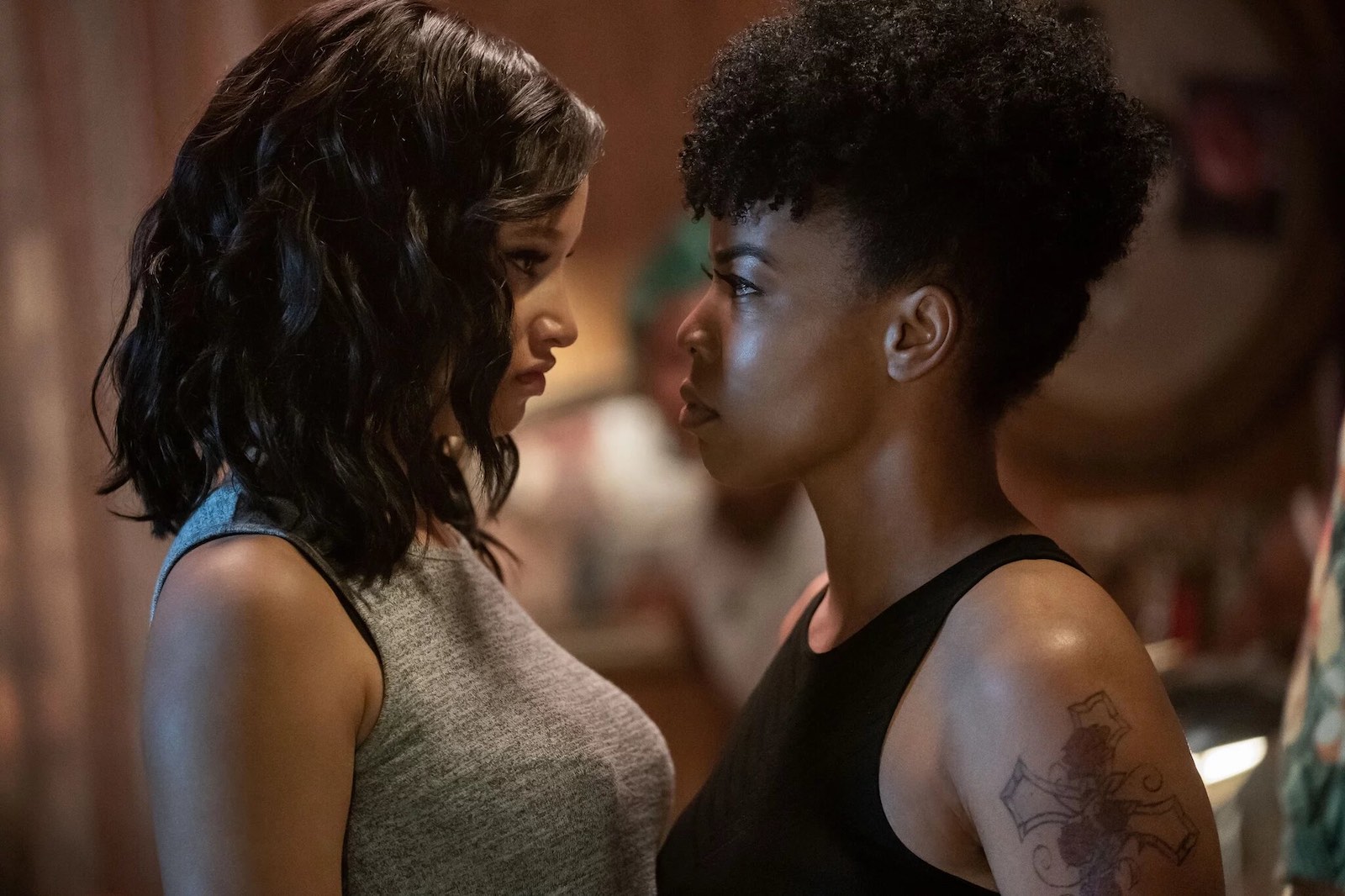 But P–Valley isn’t just about the club, it’s the ins & outs of the dancers’ lives and the community that surrounds them. As we learn more & more about the residents of Chucalissa, Mississippi, you can’t help but root for everyone in this Southern-fried town. Gentrification is looming in the background and seems like it could include the property that The Pynk sits on, too.

Under a different creator with a less sophisticated and limited gaze, P–Valley could’ve fallen flat, but through the leadership & vision of Hall, who hails from the South, that nuance & “love for Black people” ring through each episode. 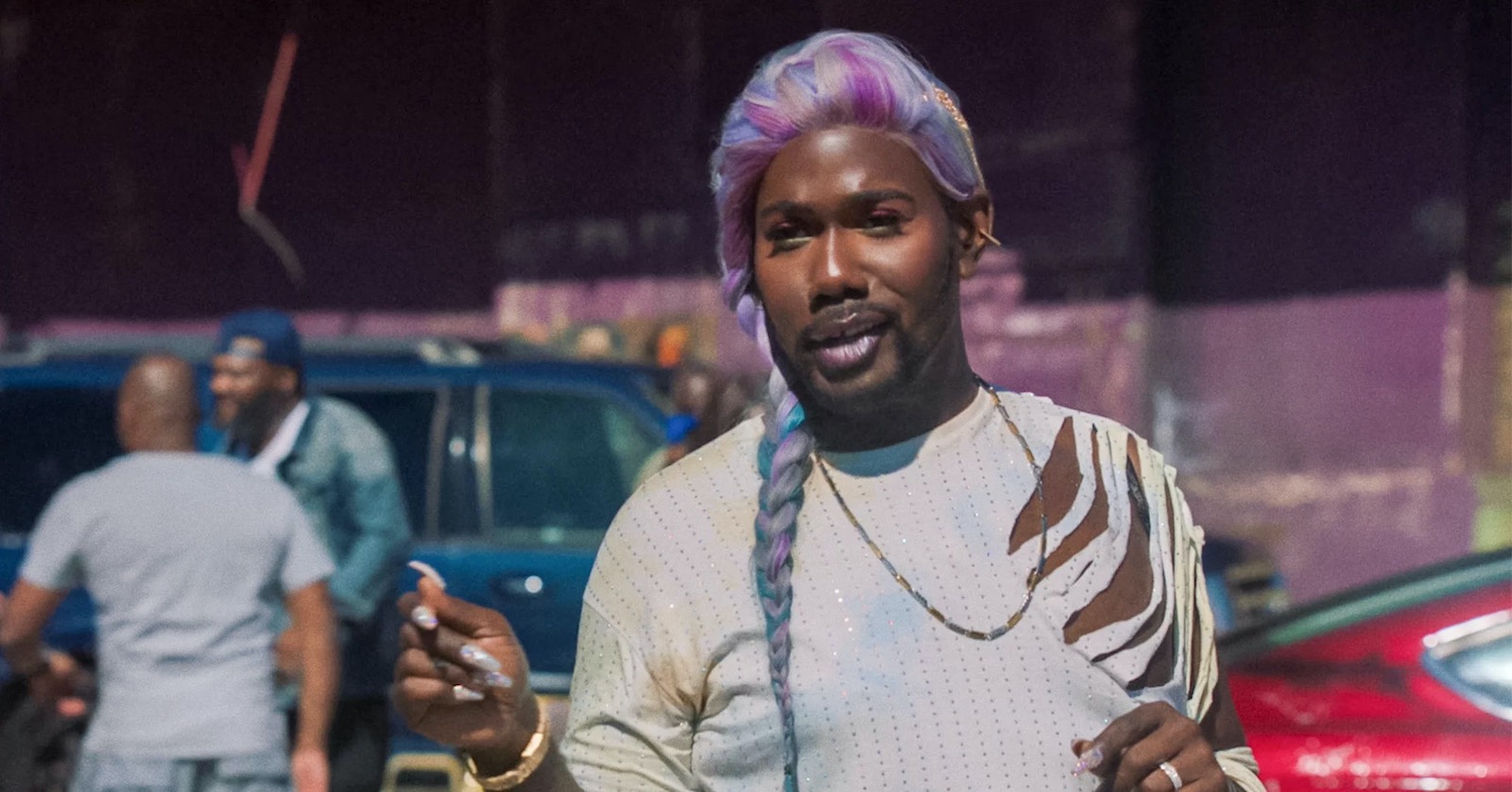 But most importantly, as Hall tells ELLE.com, outside of the juicy interwoven storylines and robust characters P–Valley has also helped facilitate a much needed conversation about Black women, their bodies, and the power of sexual autonomy in America.

“I feel so vindicated,” related Hall about the success of P-Valley, “because when I was ready to pitch the show, I went all around town in Hollywood, and so many people wouldn’t even let me in the door, like, ‘There are no shows about exotic dancers, and no one wants this. Sorry, not sorry.’”

Hall continues, “Ironically, there were some Black people who told me, ‘Katori, you’re Ivy League-educated, why not do something about lawyers or doctors? Why create something that plays into the pathology of the Black community?’” 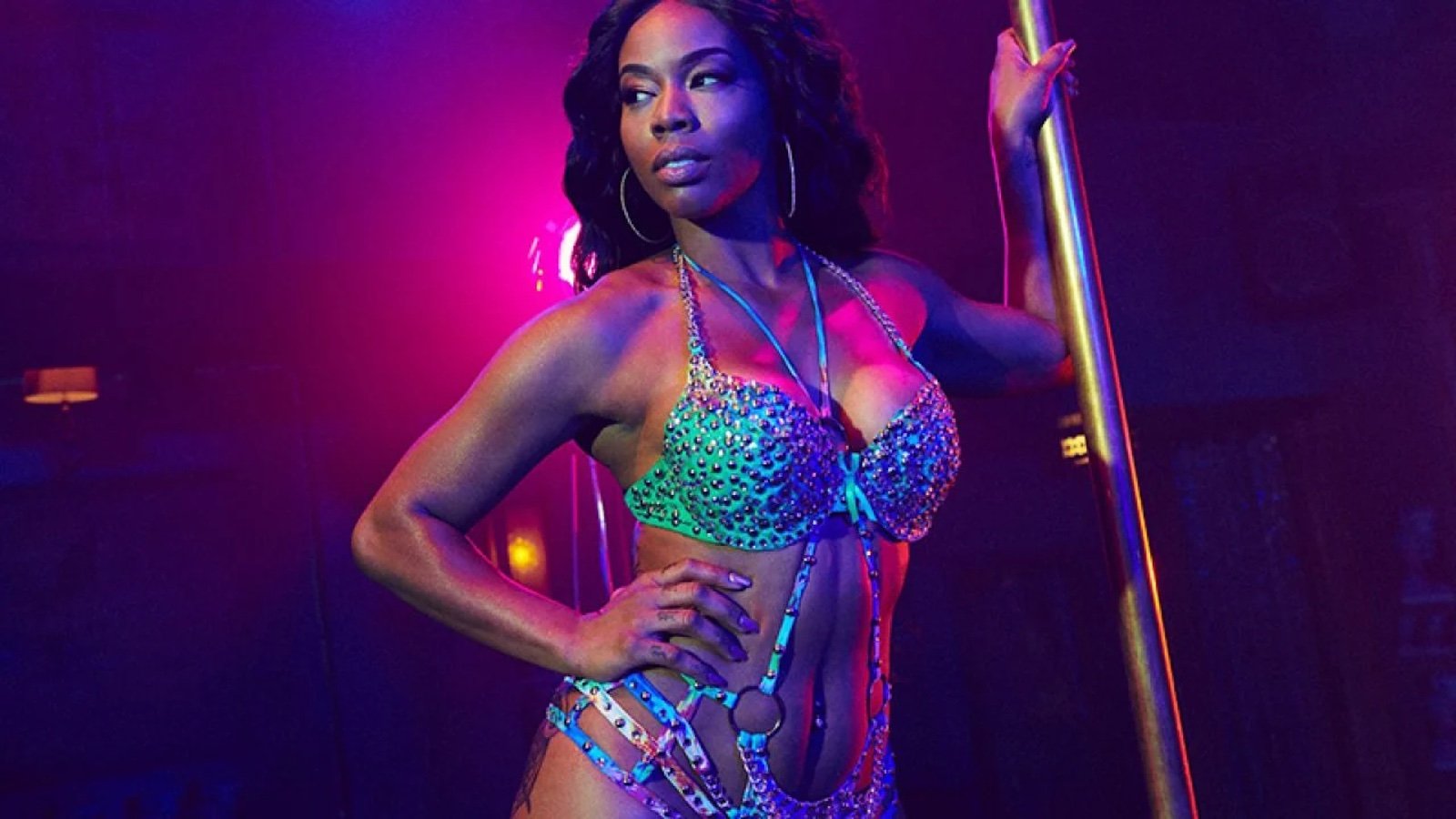 No shame in her game

Hall’s grandmother was a sharecropper and she grew up in an impoverished neighborhood. Her family eventually moved to a “better” neighborhood, but every weekend Hall went back to visit Big Momma.

“Even though I went to those [universities] and understood all of these politics,” Hall recalls, “my Blackness and where I was from was never far from my mind. I never felt any shame about where and how I grew up. I am proud of where I came from.”

“I learned that no matter where I lived or where I went or if I spoke a certain way, I’m still Black,” stated Hall. “They are still gonna treat me like a nigga. So, I never felt that I had to put forward images that made people feel comfortable. And because I grew up on the fault line, I feel like it’s my responsibility to shake the table. Actually – shake the ground.”