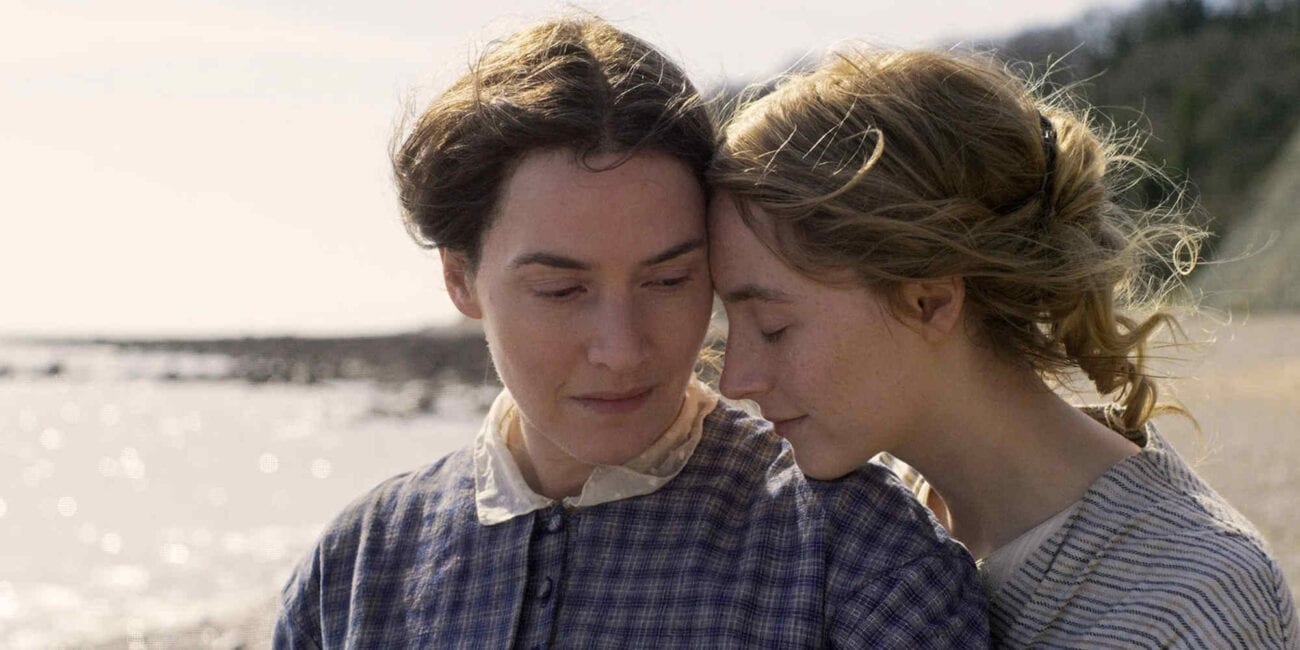 A new Kate Winslet movie is upon us and once more the English actress will be donning a period frock as she portrays paleontologist Mary Anning. Alongside Winslet is Saoirse Ronan as Charlotte Murchison, who becomes romantically entangled with Mary Anning.

The movie, titled Ammonite, has been eagerly anticipated like so many of the films of 2020 that have been continuously delayed due to coronavirus restrictions. Ammonite’s queer content has also made it a sought after flick, but the newly released trailer has brought about some doubts.

Queer movies often suffer from a fair amount of stereotypes & tired tropes and the moody, violin accompanied scenes of Ammonite appear to place it firmly in the camp of white-lady lesbian angst. Despite this annoying drawback, Ammonite might be the Kate Winslet movie to add to your must-see list this year. 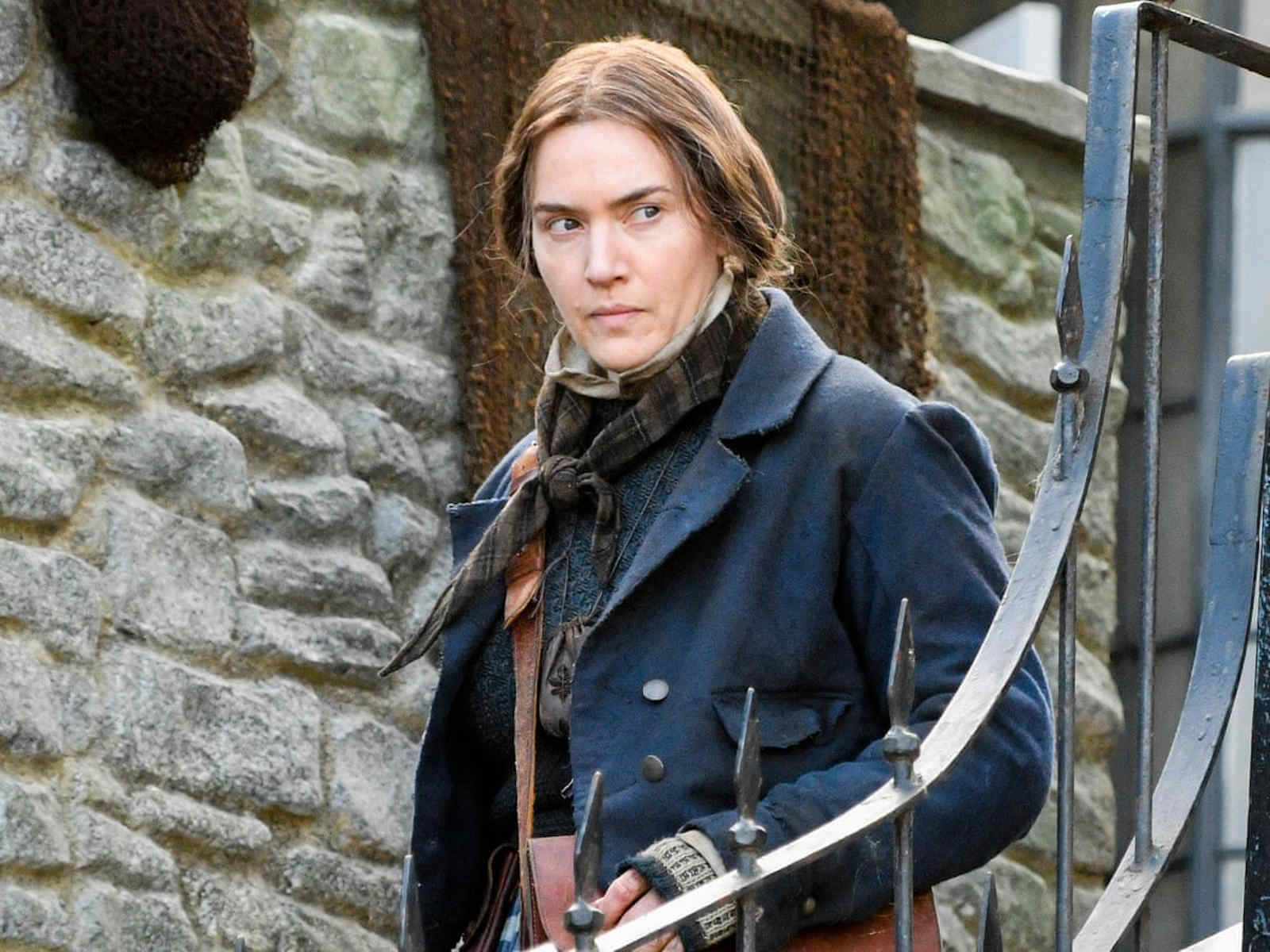 Ammonite tells a fictionalized account of Mary Anning, a British scientist who discovered & collected fossils along the English Channel. The film sees Mary past the days of her acclaimed discoveries, scraping by on selling fossils to curious tourists.

When Mary is offered a salary to take care of a rich tourist’s wife, Charlotte Murchison, as she recovers from a personal tragedy, she cannot refuse. The two grow closer as Charlotte accompanies Mary on her fossil hunting and together they embark on a passionate, life-changing affair. 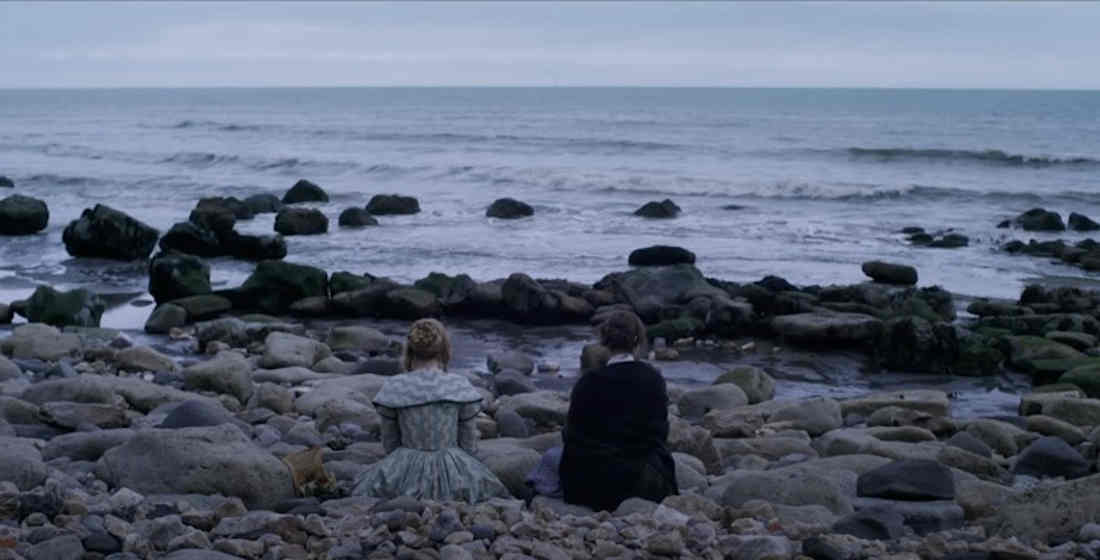 Ammonite’s trailer shows a fair bit of what comedian Liza Dye succinctly described as, “depressed dykes on a beach”. The backlash may have something to do with a 2019 queer film A Portrait of a Lady on Fire which also saw Noémie Merlant & Adèle Haenel stealing glances at each other from behind their bonnets while plodding across the shoreline.

The queer community is lamenting that Ammonite’s indulgence in these melodramatic tropes of period piece films portraying lesbian relationships as some kind of harrowing journey. Humorist Jill Gutowitz wrote after the trailer’s release, “Does every lesbian movie have to be two severely depressed women wearing bonnets and glancing at each other in British accents[?]”

The common complaint from the queer community is that too many lesbian films lack any sort of verve and are instead weighed shown with too many morose emotions. To be fair, Ammonite was written & directed by Francis Lee who also wrote & directed God’s Own Country – an equally morose gay film about two sheep farmers stealing glances at each other while plodding across Yorkshire countryside. 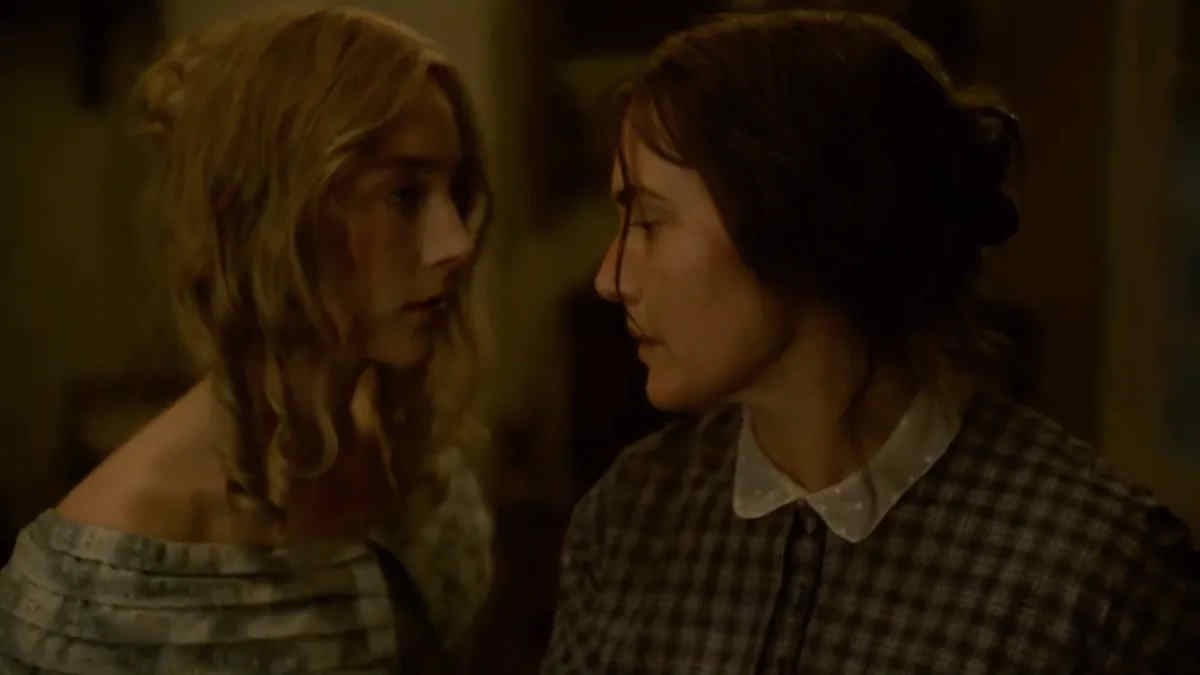 Ammonite has received other complaints besides the gloomy lesbian atmosphere. Mary Anning’s niece has protested the queer romance as she insists that “there was no suggestion” of Anning being a lesbian. Francis Lee clapped back at that remark by stating his film was merely inspired by Mary Anning’s life.

Lee praised his two leading actresses as well, saying, “I was incredibly lucky to work with Kate Winslet and Saoirse Ronan, and they play two women who develop an intense and intimate relationship. 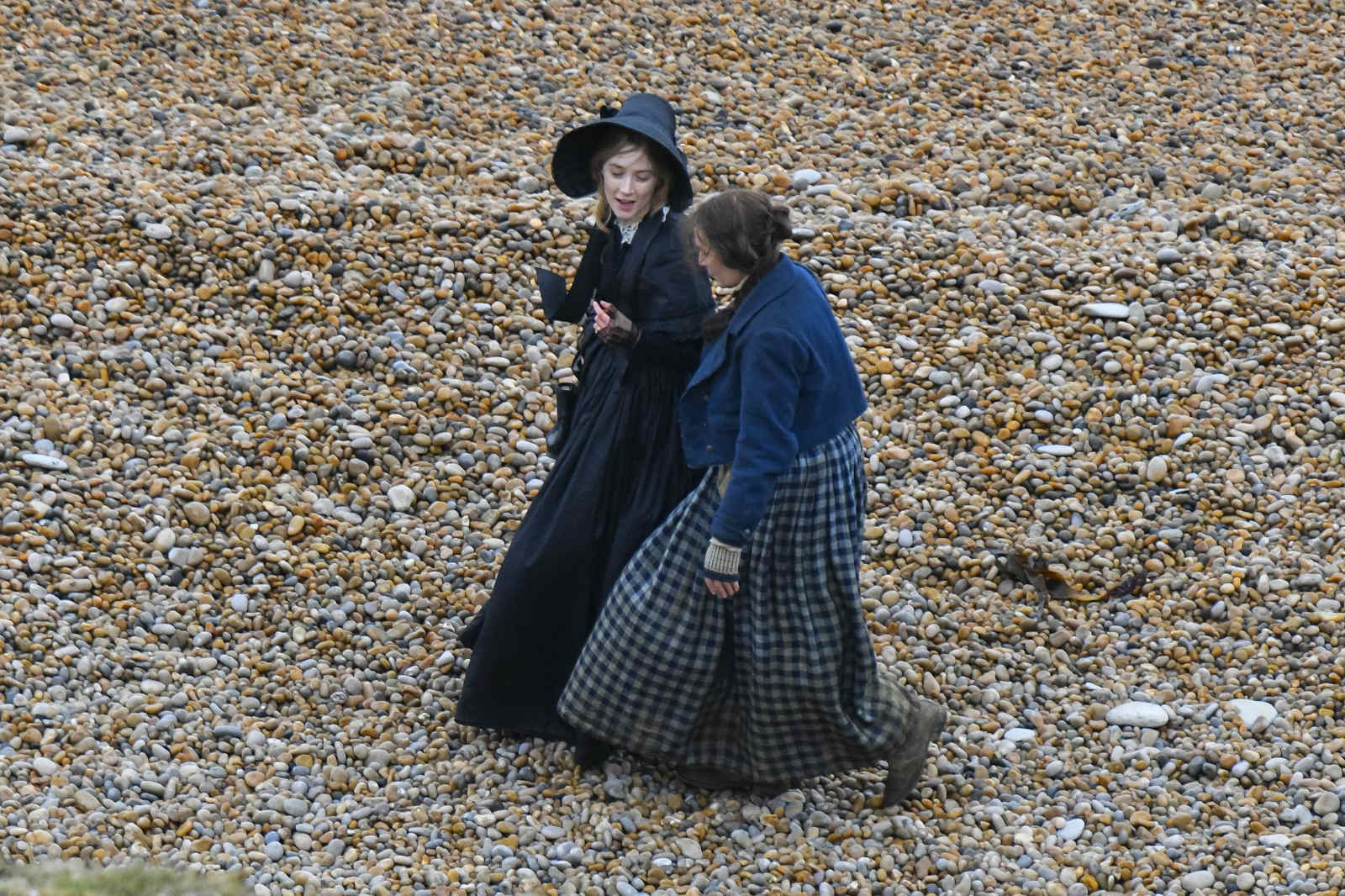 Not a lost cause

The tropey queer movies are tiresome to see each year, particularly as queer content is so hard to come by as it is. If all queer films are filled with melodramatic inaccuracies & troubling, unhappy endings, then really, what’s the point? Nevertheless, Ammonite doesn’t look like a lost cause just yet.

The before-mentioned God’s Own Country was perhaps morose and a little sexually aggressive even, but it was still a stunning portrait of a gay relationship. Ammonite also sees Kate Winslet as a female paleontologist in the Victorian Era – a fascinating storyline that deserves to be explored. Depressed beach lesbians aside, perhaps Ammonite will surprise us. 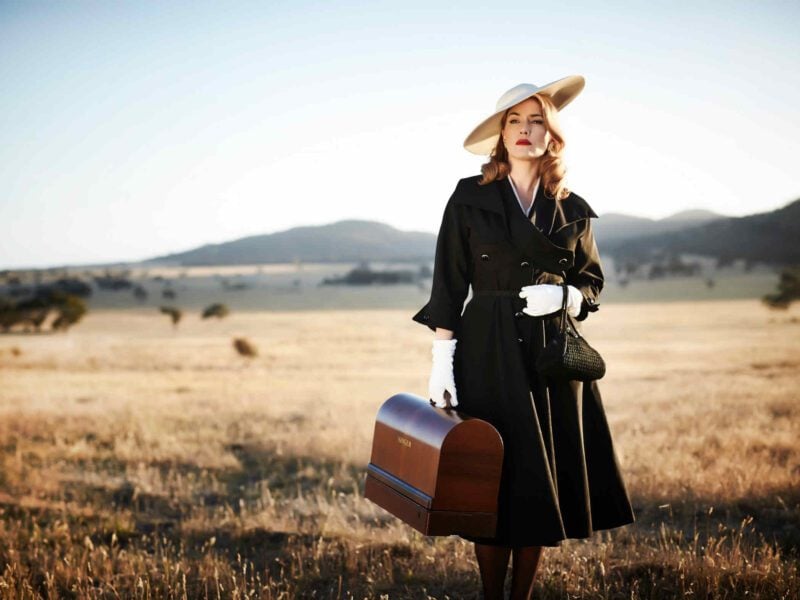 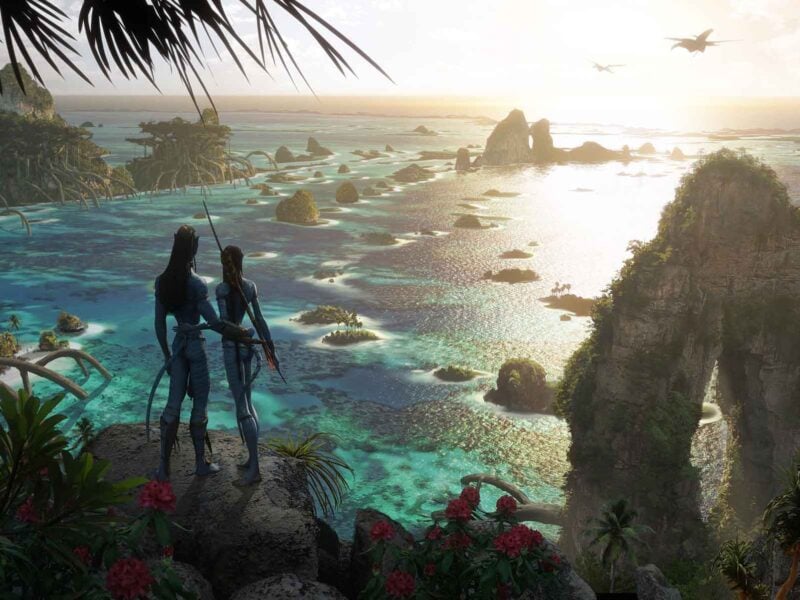