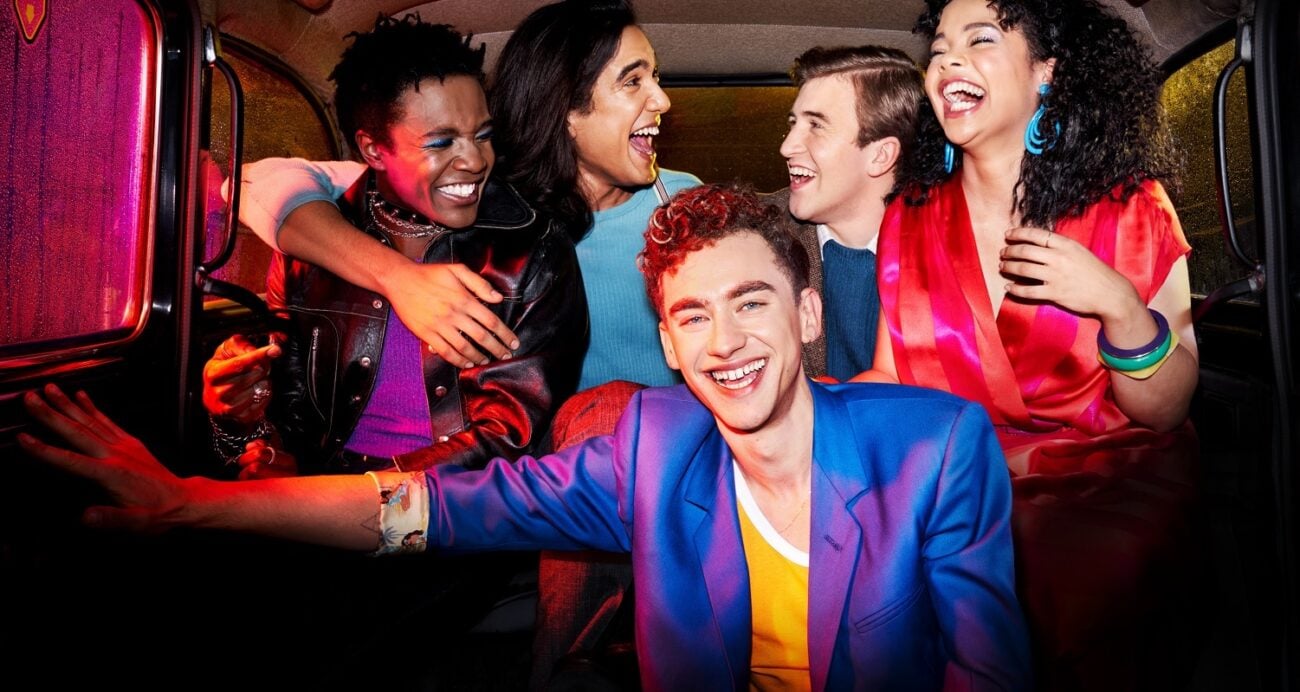 ‘It’s a Sin’: How historically accurate is the Channel 4 series?

It’s definitely not a sin to watch the latest Channel 4 series, It’s a Sin. Starring Years & Years member Olly Alexander, this show attempts to educate us about the AIDS (acquired immunodeficiency syndrome) crisis in the late 80s. Russell T Davies brought the five-episode show to life and it didn’t disappoint.

How historically accurate is It’s a Sin? Let’s explore the history behind the show. 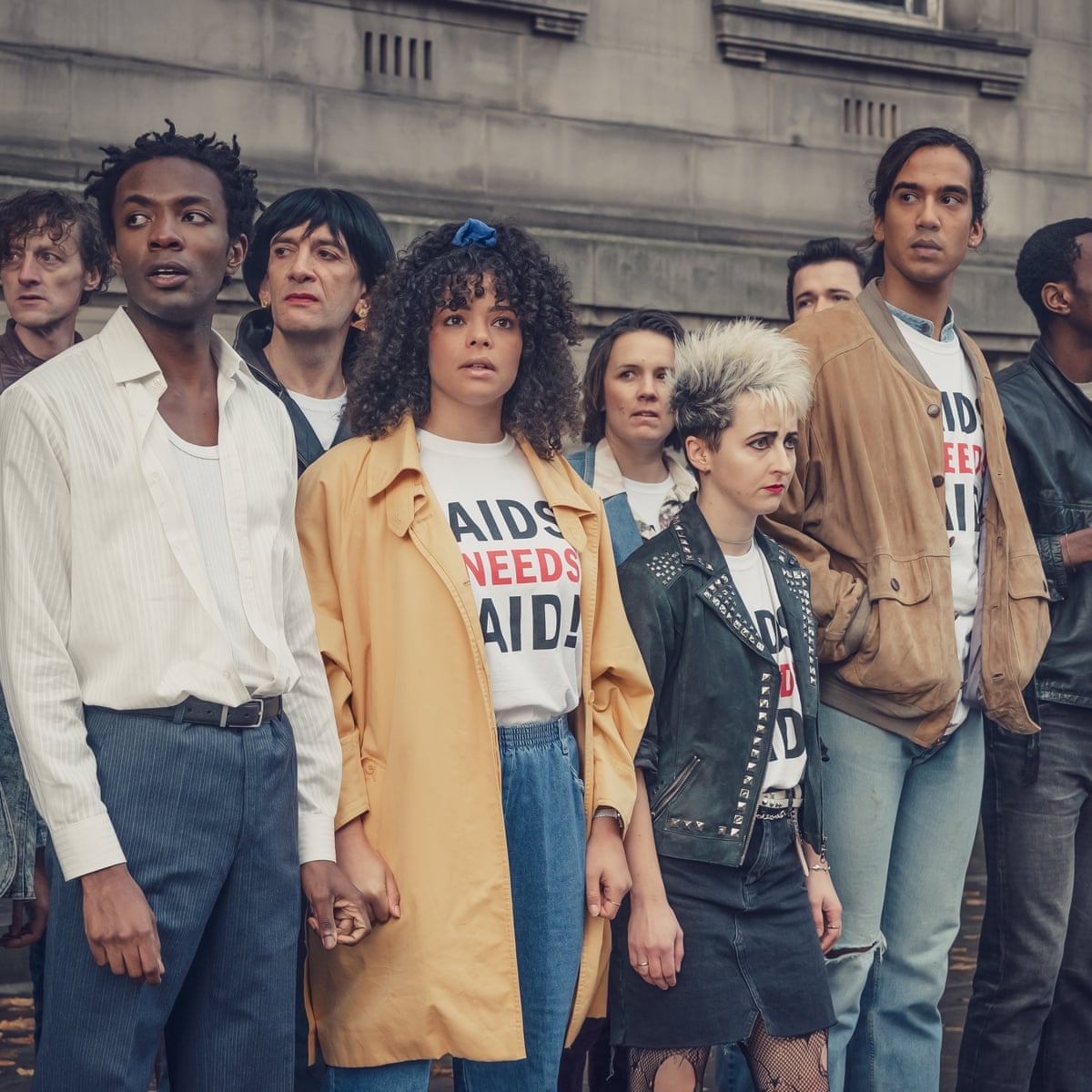 What you may not know is that some characters were based on real people. Jill Baxter is not only a huge LGBTQ advocate in It’s a Sin, but also in real life. Lydia West plays the role of Jill Baxter in Russell T Davies’s latest venture. She proved herself to be a fierce ally to her friends and even helps fundraise for those who have contracted the HIV virus as it spread around the world.

The heart-wrenching drama follows a group of young gay men who have moved to London at the beginning of the AIDS crisis, in 1981. Jill Baxter is based on the life of Jill Nalder. She’s an actress who constantly helped & supported her friends who were diagnosed with AIDS. Fun fact: Russell T Davies & Jill Nalder are real-life, longtime friends. 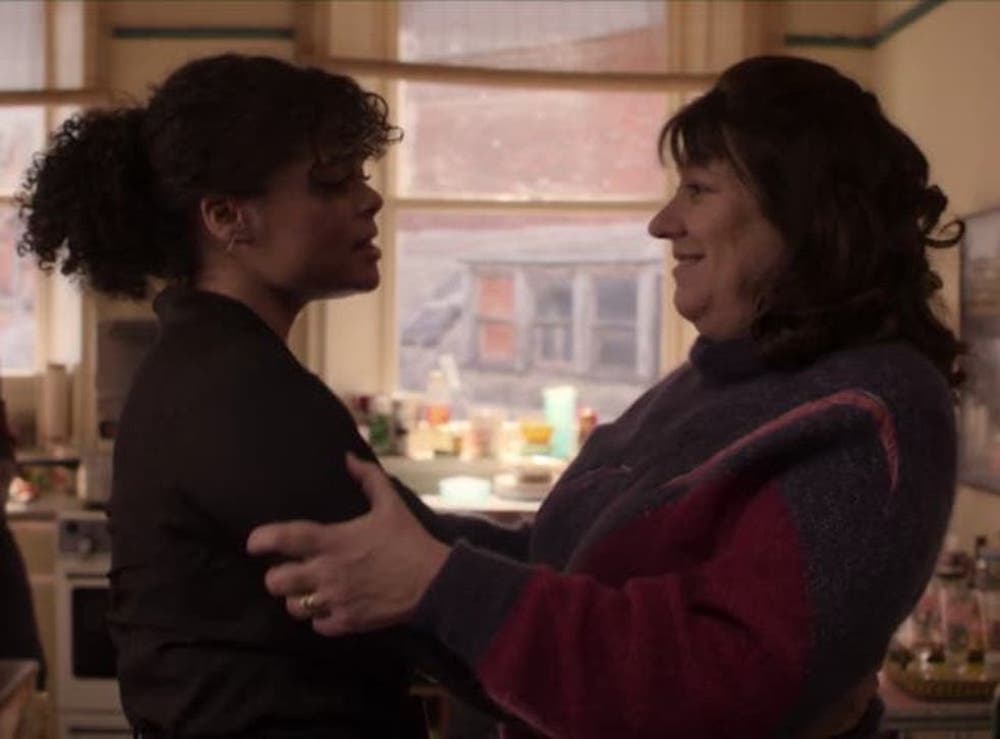 “You’re living in London – which is all very exciting – and then all of a sudden, there’s a disease that literally changes everything,” Jill Nalder shares in an interview with Gay Times.

As shown in It’s a Sin, Nalder actually visited gay and bi men who were in the hospital to make sure they all had company in their final days. “You’re taking a place, in a way, of a family member because you become that family together and just be there in a loving way.” Jill Nalder also appeared in the show as Jill Baxter’s mom. Trippy, right? 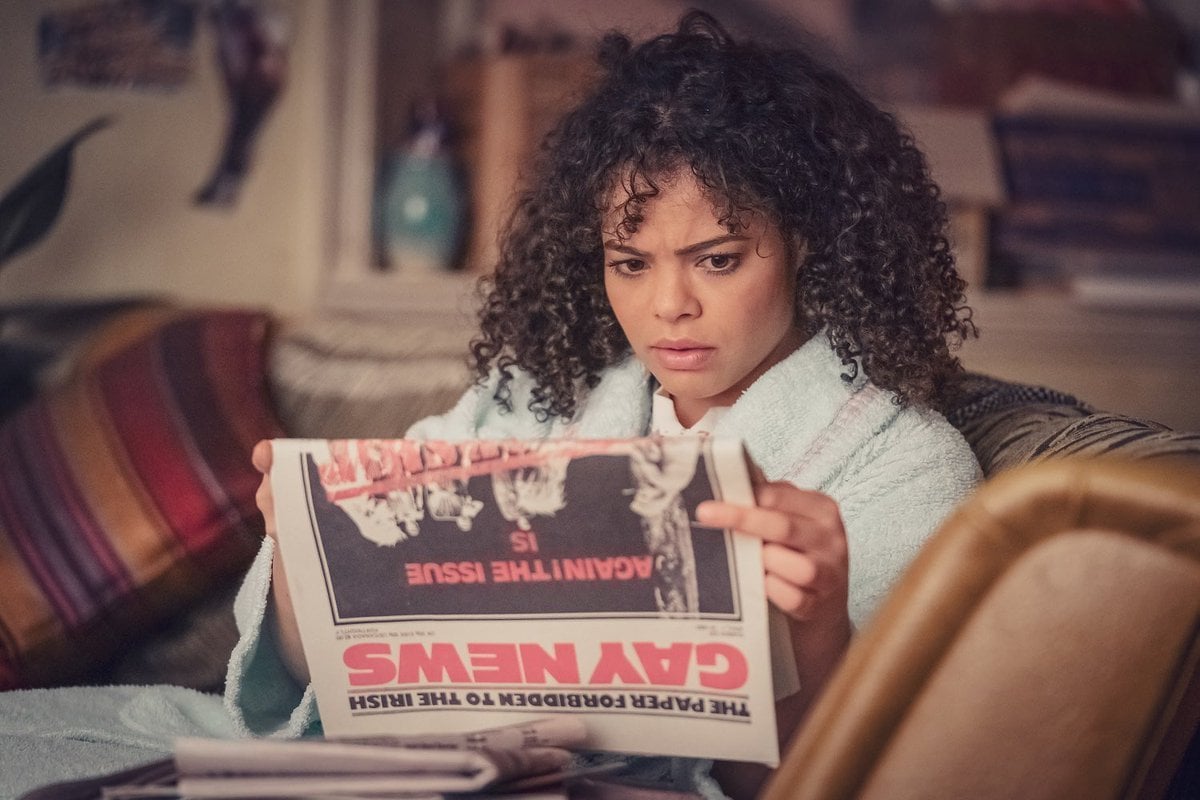 Of course, the AIDS crisis was unfortunately very real and changed the lives of people around the world. It’s a Sin highlights how little we actually know about the crisis in the 80s. The show is hilarious, but the harsh reality is something no one could escape and nothing was the same.

After writing it back in 2015, Russell T Davies recalled the show being a “tough sell”. Perhaps releasing this show at a time when the world is experiencing another global health crisis couldn’t be any more poetic.

In 1981, the U.S. health authorities recognized AIDS for the first time which was a huge breakthrough, but unfortunately, not everyone believed in the illness. A year later, a British charity was founded to raise awareness of AIDS. After collapsing on the dancefloor at London gay club Heaven, 37-year-old Terry Higgins was taken to St Thomas’ Hospital, where he later died. 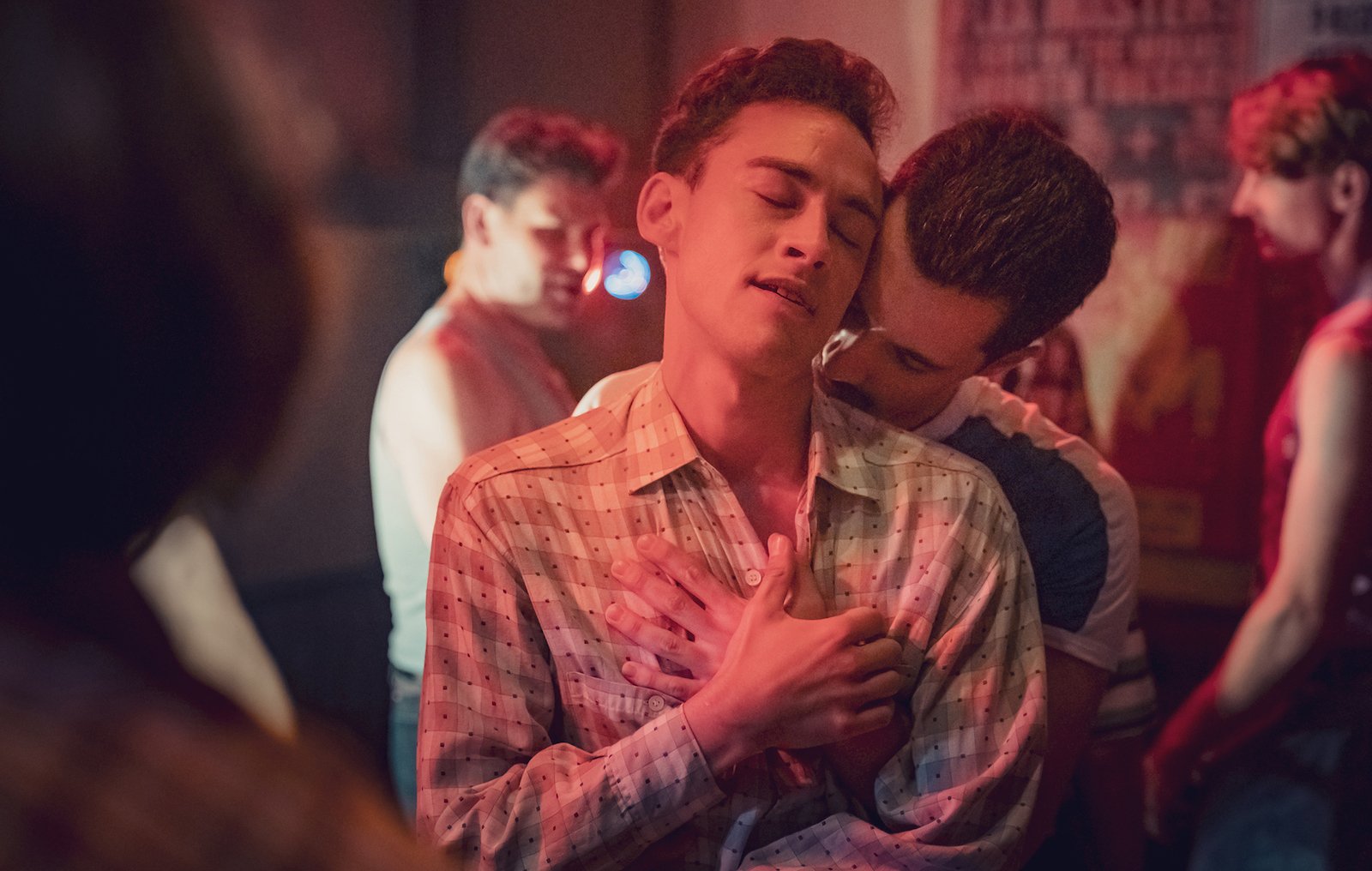 In his honor, friends came together and founded Terry Higgins Trust to raise AIDS awareness and research money. Later renamed the Terrence Higgins Trust, the charity is still campaigning for greater HIV & sexual health awareness today. In 1983, scientists discover the virus that causes AIDS which is called HIV.

Notable people including Princess Diana attempted to break the stigma and help those suffering from AIDS. She broke conspiracy theorists’ minds when she was hugging and shaking the hands of victims. According to them, HIV/AIDS could be contracted through touch alone. This shows just how new & terrifying the crisis was.

In 1991, Queen’s Freddie Mercury tragically died after it was revealed he was HIV positive and diagnosed with AIDS. According to the charity UNAIDS, 78 million people globally have become infected with HIV since the epidemic began, and 35 million have died from an AIDS-related illness. 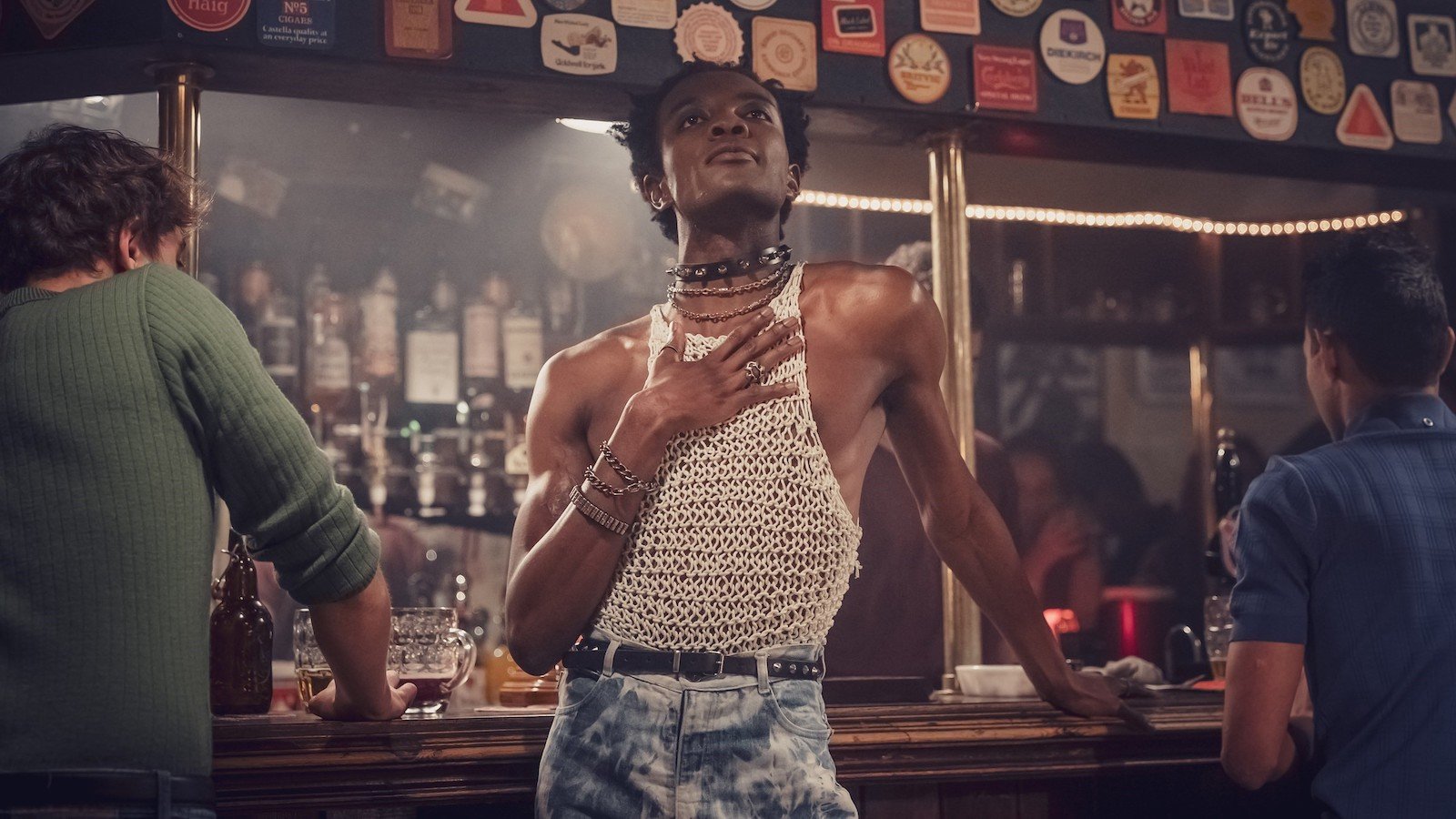 Every day we’re learning more about HIV & AIDS. It’s a Sin has introduced a whole new audience to the AIDS crisis during the 80s and how things changed overnight. Shame caused the death of characters during the show and in real life.

Even now, we’re still getting updates on how to combat this deadly illness. In 1993, scientists developed a treatment for HIV. Also known as antiretroviral therapy (ART) or highly active antiretroviral therapy (HAART), it works by preventing the virus from replicating in the body. The latest discovery was in 2020 when preventative HIV drug PrEP. PrEP prevents the spread of HIV during condomless sex when taken once a day.

Have you already watched Channel 4’s It’s a Sin? Let us know your thoughts on the drama in the comments.