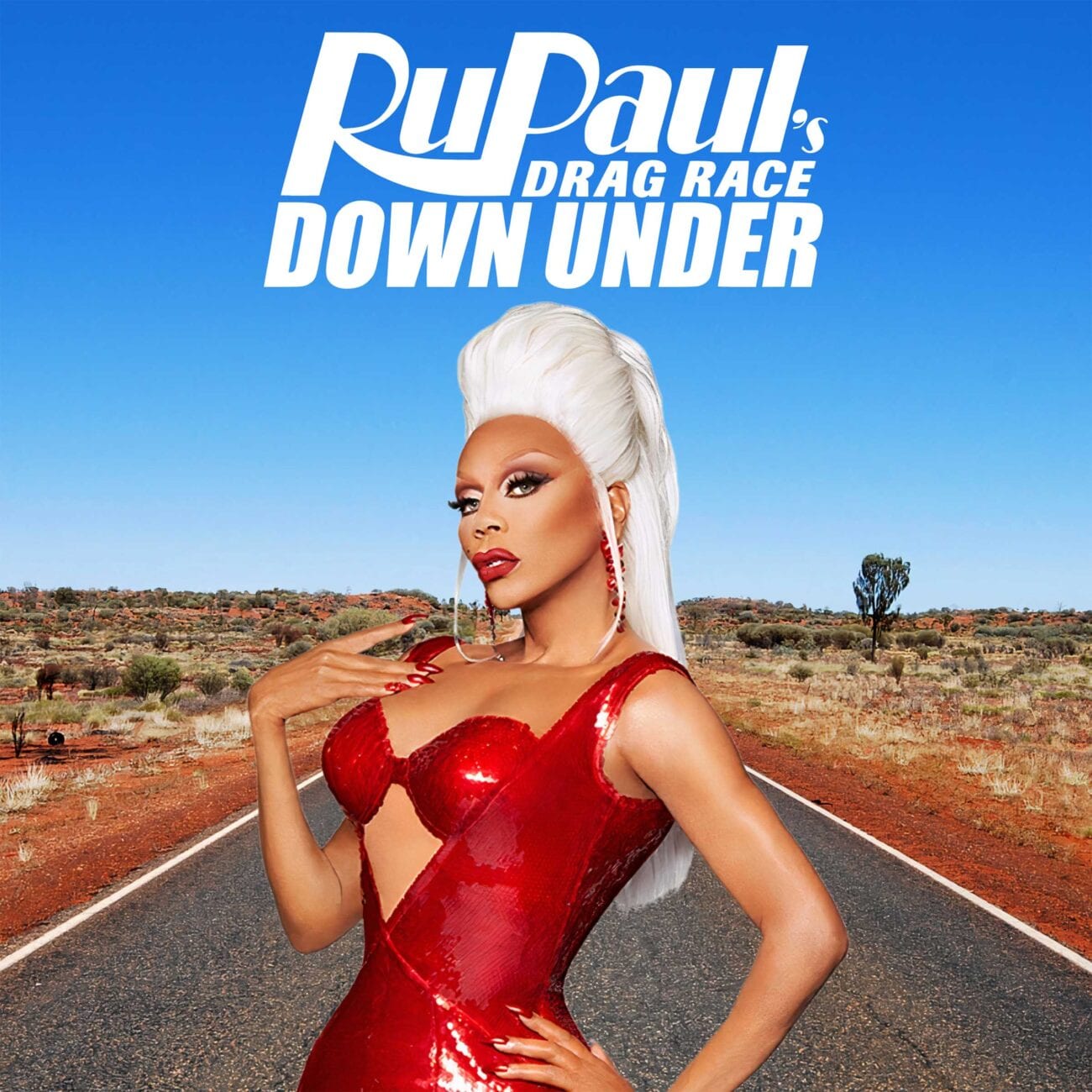 Let’s hope you’re ready to stop listening to “UK Hun” on repeat and start jamming to “Queens Down Under”. Like any good season of RuPaul’s Drag Race, our Australian favs on Drag Race Down Under brought the heat in the girl group challenge. With some motivation by Drag Race’s resident composer Leland and singer-songwriter Troye Sivan, the girls left it all on the stage.

. . . . Well, some of them forgot to even bring it to the stage to begin with, but we’ll get into that momentarily. But this was a hell of an upgrade from last week’s disastrous Snatch Game, so we’ll take it. Take a peek at Three and a Half Men and Outback Fakehoes and see who is going platinum, and who’s going home. 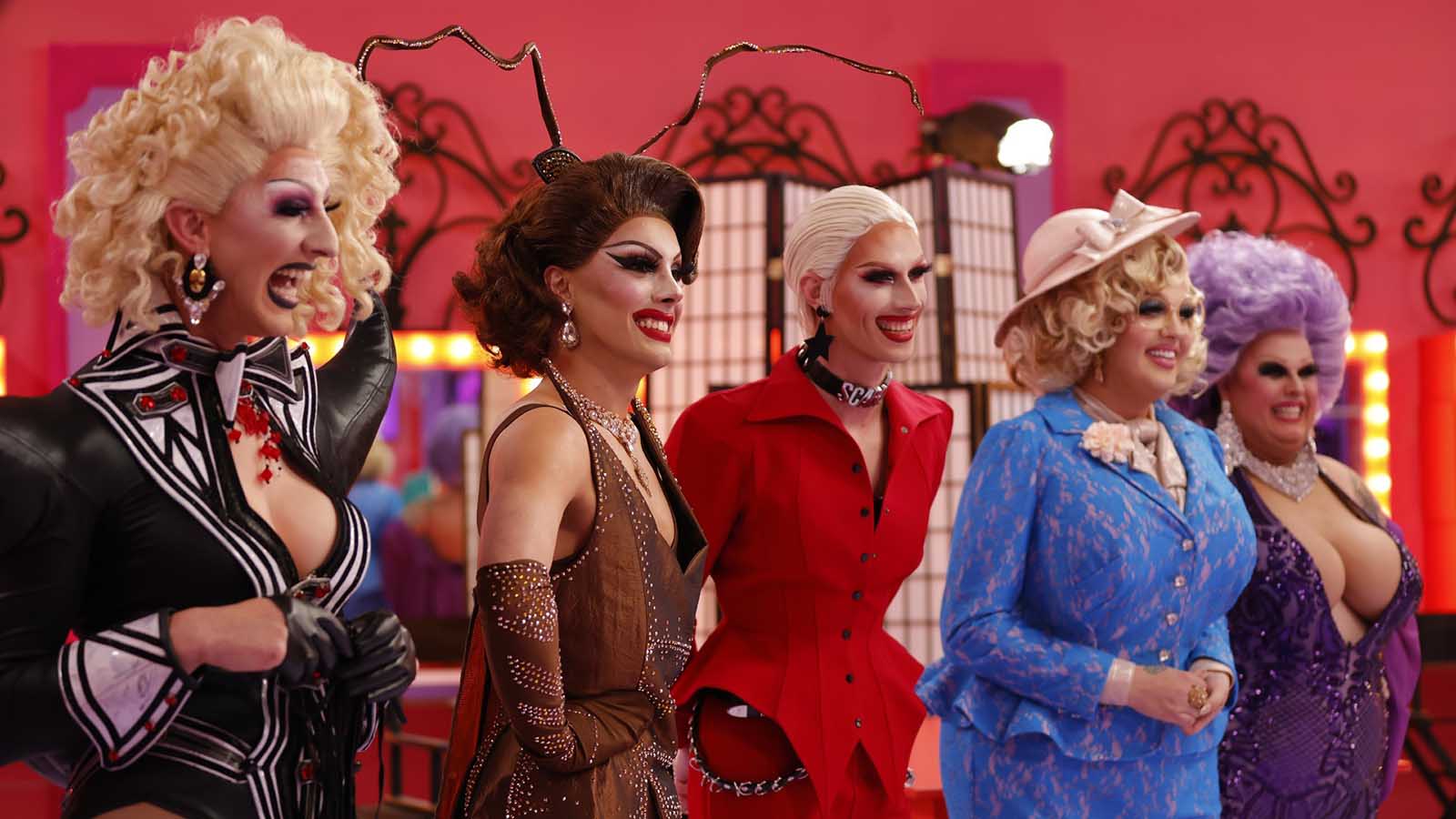 The reason these girl group challenges are some of the best is because of how obnoxious the queens get. They’re allowed to show themselves off, because the whole point of the song is to introduce the real them to the world. And if you thought the Australian queens were going to skimp out, you’d be wrong.

Every verse of “Queens Down Under” was straight fire, every lewk on the stage was gorgeous, and most of the choreography was gracious. Though it was awkward to watch, Maxi Shield crawling on the floor during her verse was hilarious AF. 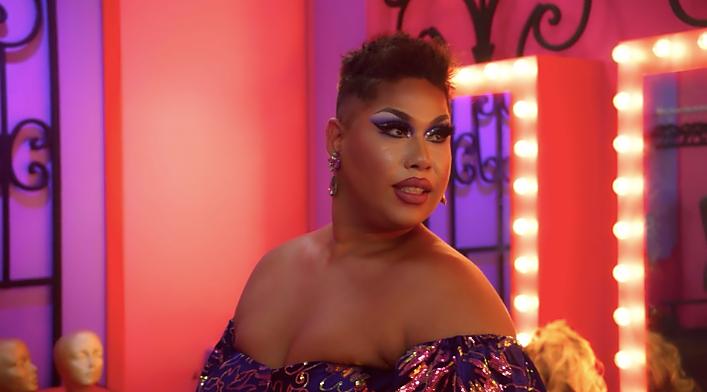 Now the pettiness in the werkroom is nothing new. Since season one of Drag Race, we’ve seen queens go low to score high. But leaving threatening notes? That’s a new one. On elimination day, Coco Jumbo walks into the werkroom and is greeted by a beautiful note that just says “Watch Out.”

Now Coco is convinced it’s Art Simone warning her of her future, but the ink is the same color the girls of Three and a Half Men were using the previous day. Only time will tell who the real author of the note was. And we’ll be waiting with baited breath. 👀 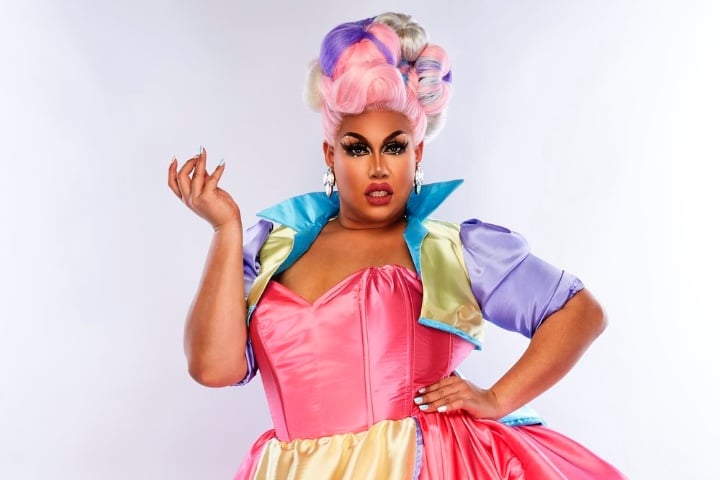 Look, Coco Jumbo is loveable, a style icon, and honestly should’ve stayed on Drag Race Down Under in comparison to Elektra Shock who just used the challenge to make herself look better. But Coco clearly forgot rule number one in the musical challenges: Do. Not. Sing. If. You. Can’t. Sing. There’s a reason drag shows involve lip syncs and not actual performances.

Nevertheless, we’re sad to see Coco sashay away. We got the chance to speak with Coco to get the tea on Outback Fakehoes and what drag means to her. You can read our entire interview with Coco Jumbo below. 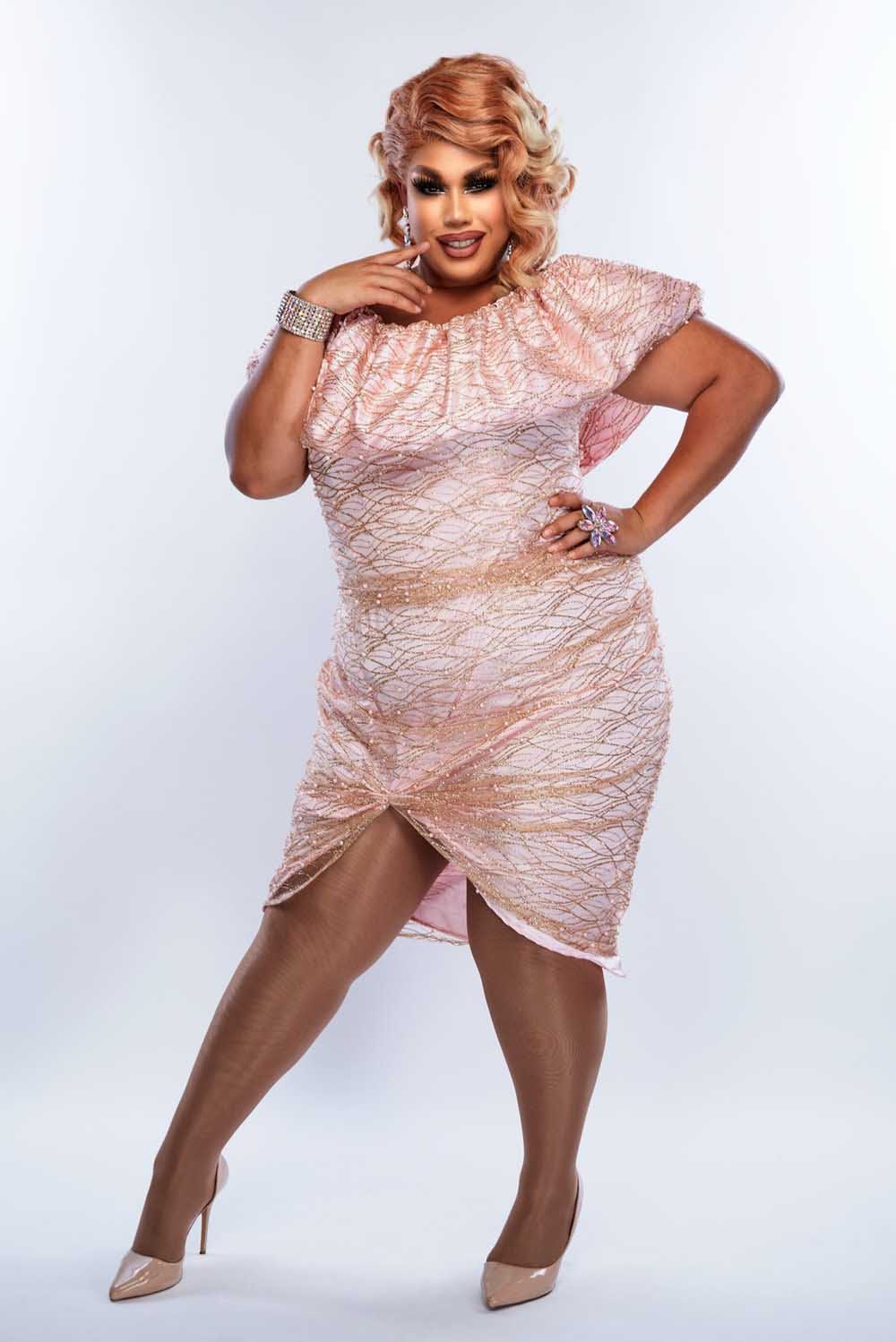 Well in my hometown, Coffs Harbour, there was like a drag competition where like, pretty much old men would get into their wives’ outfits and buy simple wigs and then just get on stage and dance around. And the prize money was $800, so my friend and I decided to enter, and I won the competition. 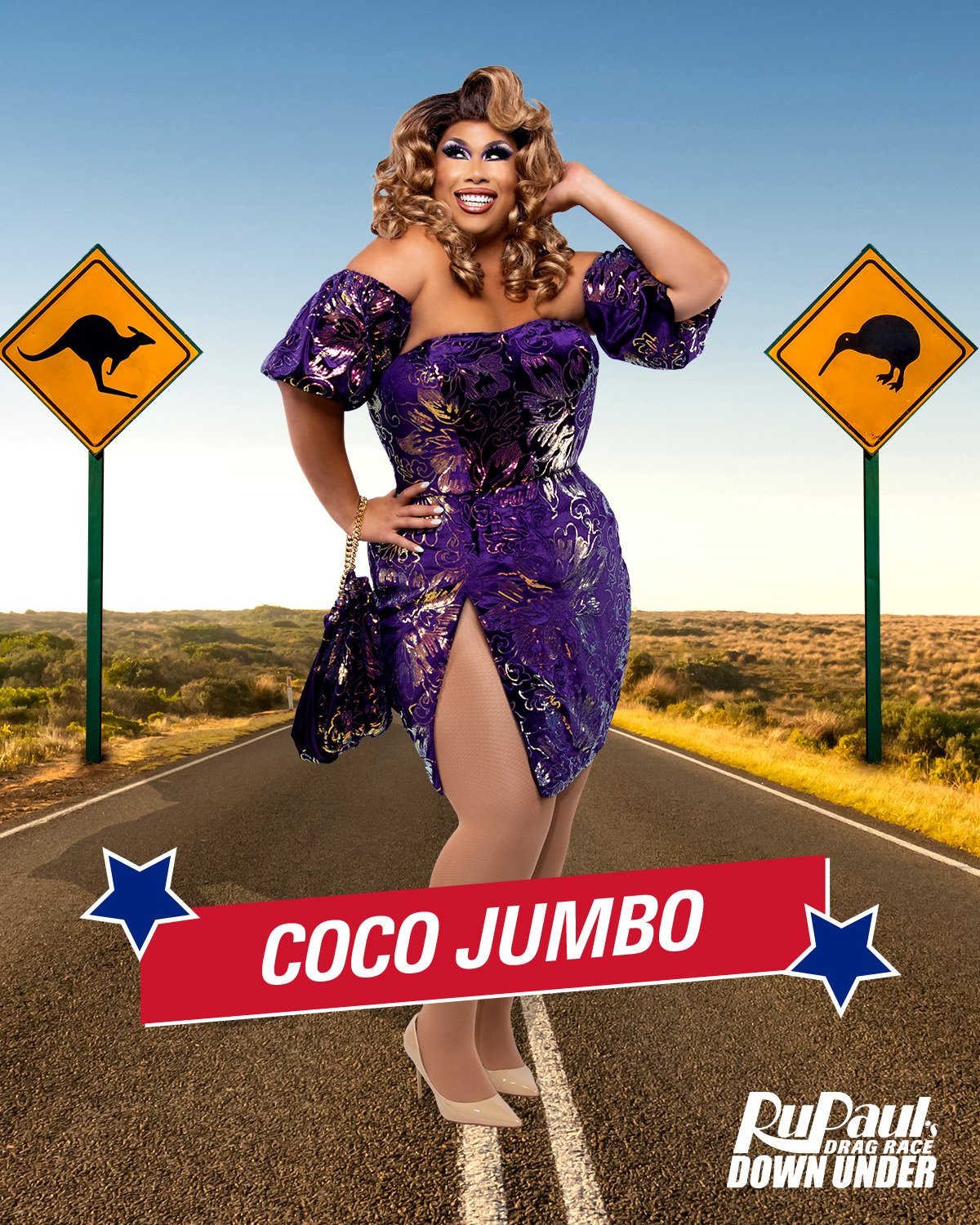 Why did you audition for Drag Race Down Under, and what was your reaction when you got in?

So I totally thought that I bombed the interview. Then when I got the call to be accepted, I was like, in like the lounge room with my housemates around me and I like, was like, containing my excitement and then ran into my bedroom and screamed into a pillow.

So it sounds like you kind of just woke up one day and accidentally made a name for yourself in Australian drag, which is pretty awesome.

Yeah, pretty much. Like most of my life, I just wake up and go with the flow. 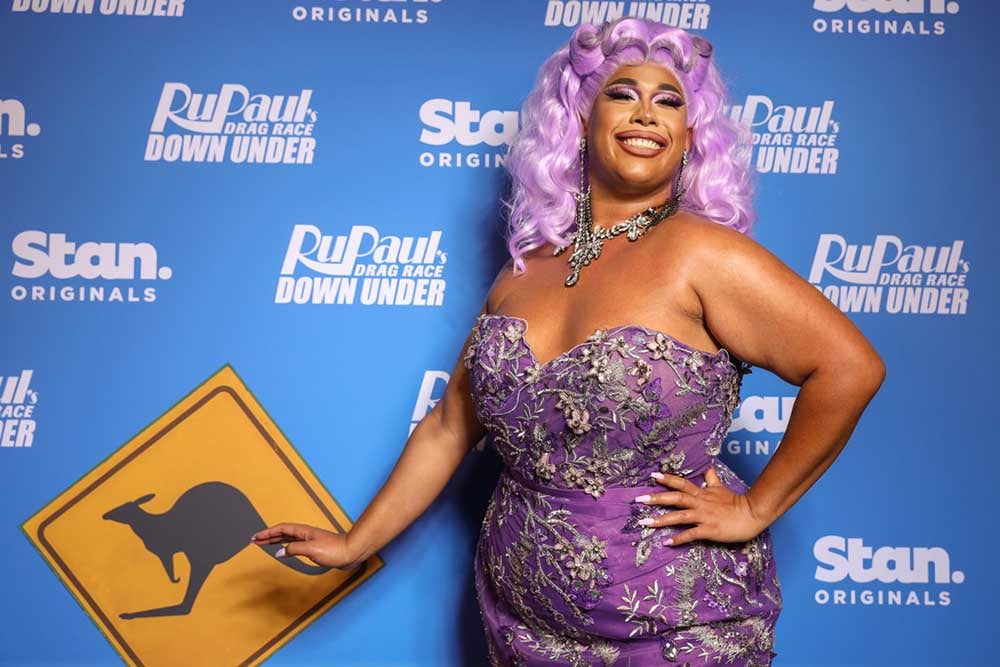 After sending Art Simone home last week, it was starting to look like you could be a lip sync assassin this season. Did you feel the same way?

Yeah absolutely. Like in Sydney, there’s this amateur drag night called Drag for Dollars. And one time, like years and years and years ago, Art Simone came and she entered the competition and I won and I beat her.

So, when I went up against Art Simone again, I was like, “I’ve got this in the bag, this is gonna be fine. I’ve done this before.” Performing is like my main thing. Just going up against Elecktra [Shock] was unexpected.

Why did you choose to sing instead of rap during your verse in “Queens Down Under”?

So on the lyric sheets, it said like some parts were meant to be sung and some other parts were rapped. So I just stuck to what the sheet said and decided to sing. Of course everyone else was rapping so I got nervous. I thought, “Okay, well let’s turn it into the bridge of the song.” 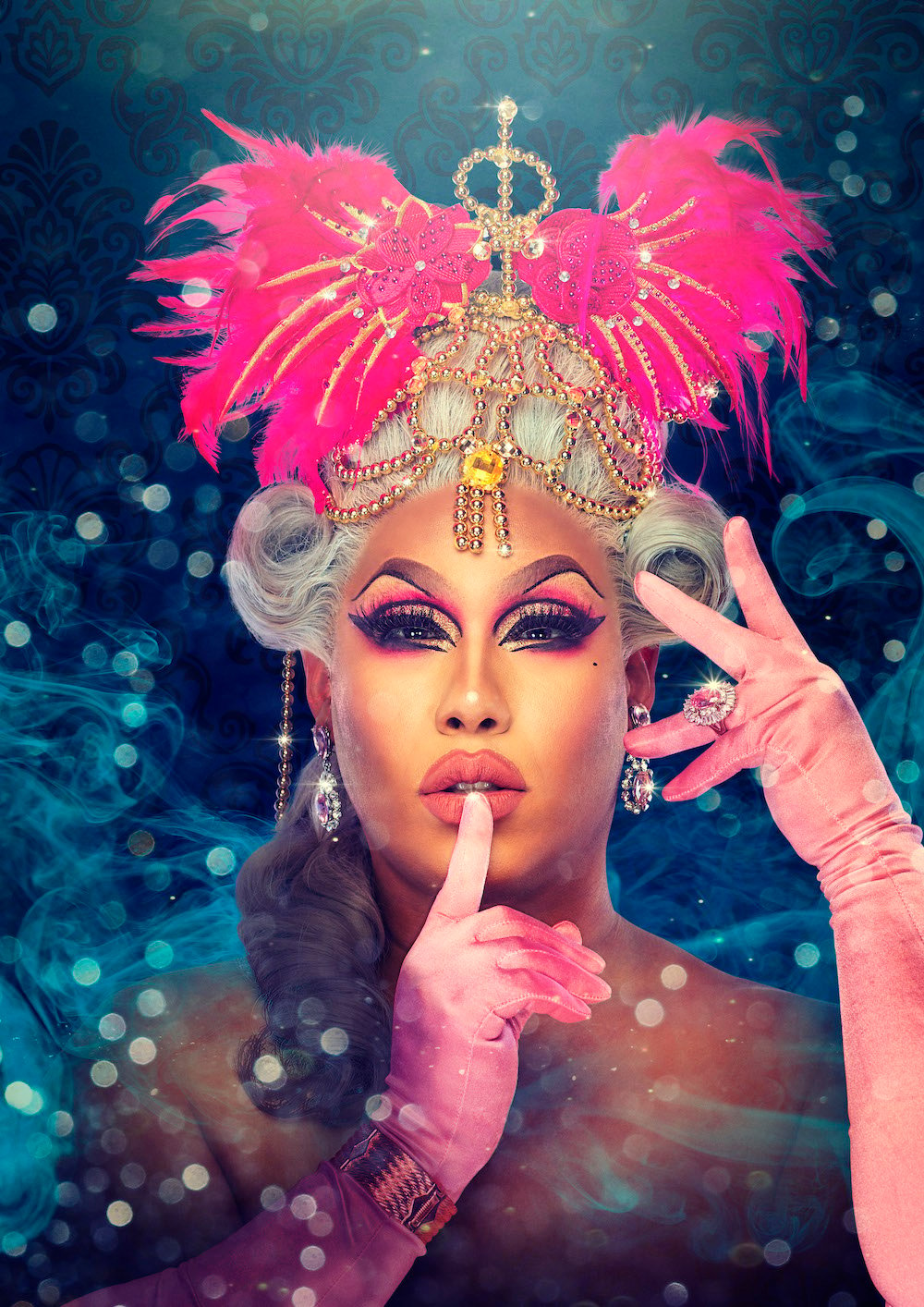 Did you ever find out who wrote the note?

Um, no. I thought it had to be Art. Yeah, nobody else would’ve done it, and it  wouldn’t have been Jojo [Zaho].

What did you take away from your short time on Drag Race Down Under?

I don’t really know. This was my first time doing a TV show, like being a part of like, something this big. I’m starting this whole new adventure as everything airs. Like with being kicked off now, I’m just excited to see what’s next and see what happens. 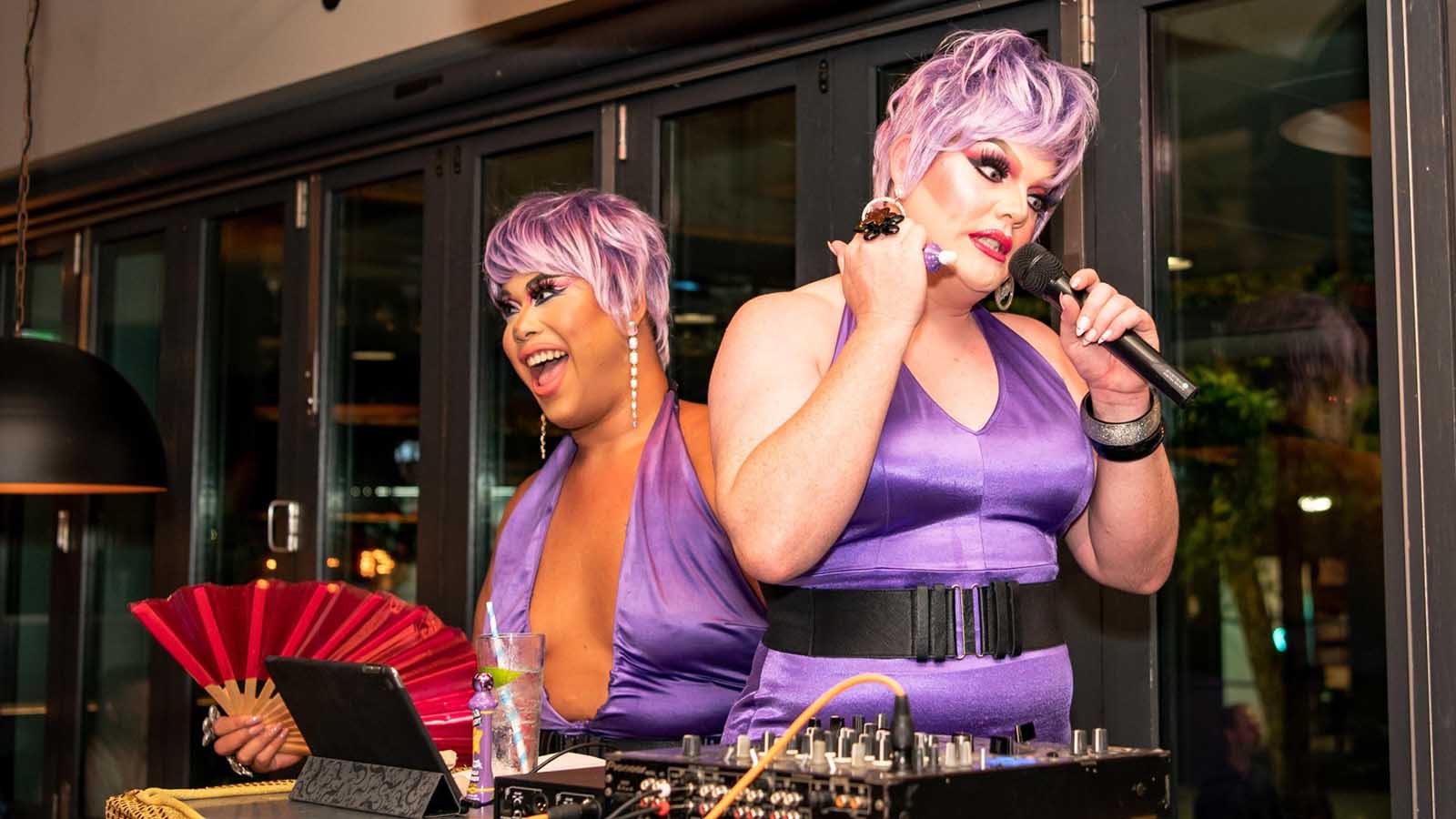 Speaking of what’s next, what’s coming for Coco Jumbo?

I’m not really doing a lot, just like my regular weekly work, like shows with Maxie on Saturday nights. Yeah, we’re getting around.

Drag Race Down Under airs Saturdays on WOWPresents Plus in the U.S. and other select territories, Stan in Australia, TVNZ On Demand in New Zealand, and BBC Three in the UK.