Xiao Zhan wins hearts in ‘Our Song’: All his best performances

2019 was quite the year for Xiao Zhan. He became an international sensation as Wei Wuxian in The Untamed, filmed several other dramas in China, graced the cover of every magazine, and appeared on a whole host of variety shows. Towards the end of the year he participated in a Chinese music variety show, Our Song, where the world got to bear witness to his incredible voice.

On Our Song, young singers in China get paired up with successful veterans and they perform a variety of duets together week after week. Over the course of the show, teams are eliminated and a winner emerges. Xiao Zhan did not win this season, but he did make it down to the final four. 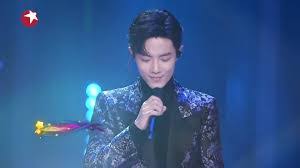 The fact that he didn’t win is irrelevant. Xiao Zhan brought light & joy onto the screens of folks all around the world for weeks on end. His talent as a singer and a performer assaulted worldwide audiences repeatedly as they scrambled to watch Our Song live each week.

In case you’re new to the world of Xiao Zhan and didn’t get to watch live, we’ve got you covered. Here are some of Xiao Zhan’s best moments on Our Song.

This performance is guaranteed to leave you speechless. As the performance starts, the camera pans to Xiao Zhan, who is standing there wearing an expression that says he clearly knows he is about to cause an international heart attack. He is wearing a leather jacket, black pants, combat boots, and has long hair pulled back into a manbun at the back of his head. Someone call the fire department, our screen just caught on fire!

The crowd absolutely loses their minds at the sight of him. As if that wasn’t enough to knock the wind right out of you, things take a very quick, unexpected turn and he starts singing in English. Perfectly clear, enunciated English, and it is utterly delightful. 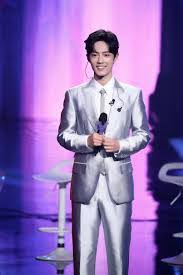 He absolutely destroys this performance, in the very best way, of course. A notable highlight is when he leaves his co-star, Angela Chang, at the center of the stage and runs over to a DJ table at the back. He then picks up a set of headphones and DJ Xiao Zhan emerges.

This particular performance has over 3 million views on YouTube, and we can see why!

Here Xiao Zhan & Ya Ning perform a Chinese version of the Abba song ‘Gimme! Gimme! Gimme!’. While not quite the same as the original English version, this performance still packs a punch.

Apart from Xiao Zhan’s incredible voice, one of the most delightful parts of this show is definitely his wardrobe. He takes the stage in a blue sparkly jacket that sits right at his waist, while he is wearing a pair of black pants that hug his curves perfectly. He is a sight for sore eyes indeed.

Apart from his dazzling outfit, the best part of this performance is that Xiao Zhan appears to be having the time of his life. He farts joy up and down that stage while simultaneously killing the audience with his perfect smile. You might want to sit down for this one; it’s a show stopper.

The set design for this performance is really quite beautiful and Xiao Zhan is cute as a button is his blue knit vest and soft, fluffy hair. Of course though, the very best thing about this song is that it totally showcases his vocal range.

Where the other two performances we highlighted already are upbeat and fun, this song is softer and definitely will bring about all the feels and goosebumps. Towards the end of the song, Ya Ning is holding a bag of goldfish that Xiao Zhan hands her and while she is walking after him, she drops it on the stage!

Xiao Zhan doesn’t notice and keeps on singing, but everyone else does. Laughter fills the studio as Ya Ning scrambles to retrieve the fish!

Xiao Zhan takes the stage for this song in a jaw droppingly handsome silver suit. He is sitting in the middle of yet another incredible set design of chandeliers and the reflective light makes his skin look like that of a baby. His makeup and hair are totally on point in this episode.

Fans like this performance so much because it’s so romantic, and it really allows Xiao Zhan to show off his voice. Ya Ning & Xiao Zhan really shine together during this song, and both of their emotions are printed all over their faces.

Tissues may be required for this one, as heart strings will be pulled.

While not an actual singing performance, we couldn’t write an article about Xiao Zhan’s time on Our Song and not include this international treasure. Here Xiao Zhan is playing a game of charades with his duet partner and the thirty-eight second video is nothing short of pure joy.

Xiao Zhan is the epitome of cuteness as he tries to guess the answer his partner is communicating with him. What is so great about this moment is that he isn’t playing a character here; the Xiao Zhan in this video is the real man himself. The little giggle the elicits laughter from the rest of the cast is just about the cutest things our eyes have ever seen.

How can Xiao Zhan go from a leather clad, combat boot wearing DJ that makes you forget your own darn name to this? We’ll never know. One thing is for sure, he keeps us coming back for more!

@jalpari_yizhan is my resident Xiao Zhan encyclopedia. Thanks for the assist with this one! 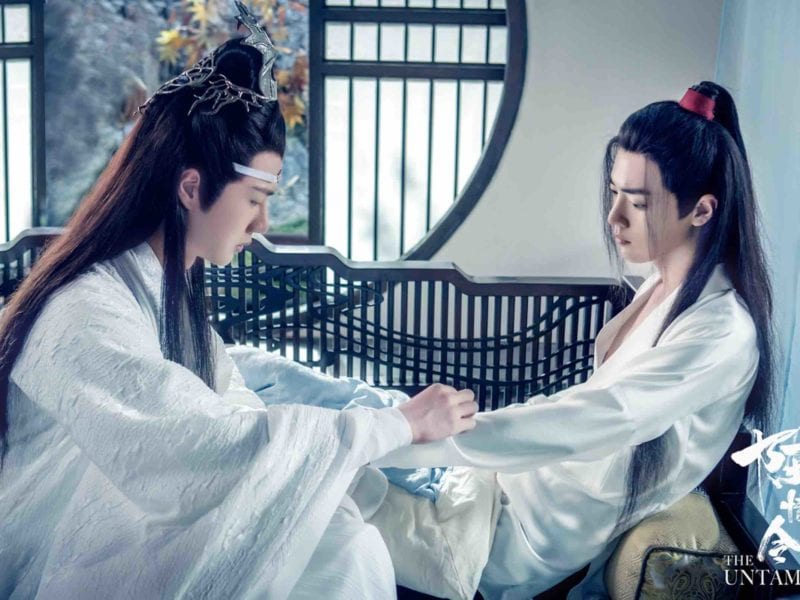