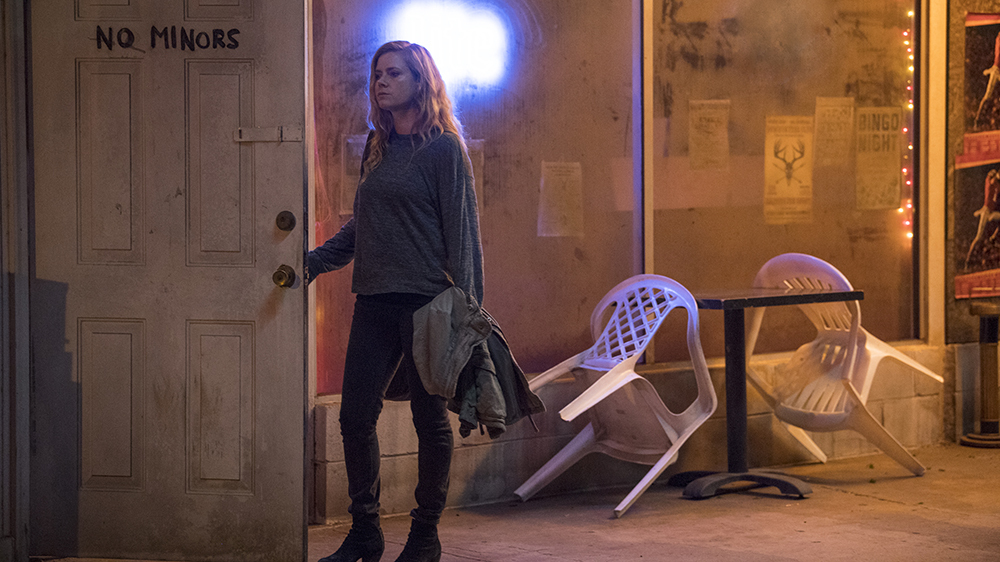 ‘Big Little Lies’ it ain’t: Here’s why ‘Sharp Objects’ is a dull blade

On the surface, Sharp Objects has everything. There’s the prestigious cast led by such captivating marvels as Amy Adams and Patricia Clarkson, with Chris Messina bringing some serious charm as the enigmatic Detective Richard Willis. Jean-Marc Vallée’s direction is terse but thoughtful and the cinematography from Yves Bélanger and Ronald Plante is absolutely exquisite, finding beauty within the cracks of Wind Gap – a town in slow inevasible decay.

But underneath the high sheen gloss of the show, Sharp Objects is actually riddled with overdone tropes and poor characterization with a meandering tired-ass mystery at the heart of it. This is a pulp thriller trussed up as some profound masterstroke of criminal intrigue, when it’s actually little more than a total snoozefest. Underneath the rich visuals and acclaimed performances is a hollow, recycled story that anyone who loves crime narratives will find all too familiar.

Based on the novel by Gillian Flynn, the story is centered around Camille (Adams), a troubled investigative journalist assigned to return to her hometown to cover the murders of two preteen girls. Dogged by her own personal demons, Camille suffers a difficult homecoming as she’s forced to brace the dysfunctions of her wealthy family while shaking down the psychological puzzle of her own issues during her investigation. 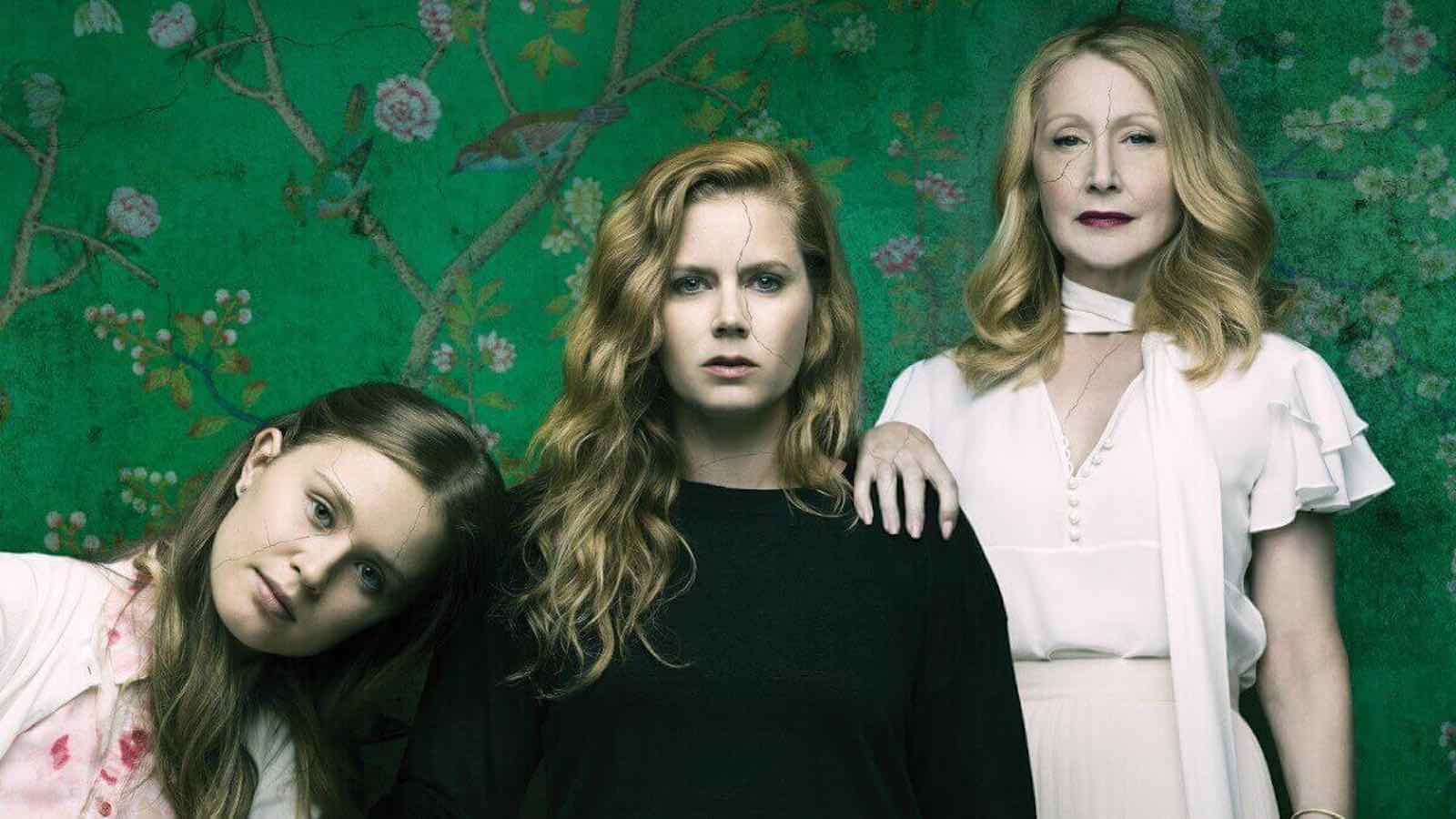 One of the most irksome parts of the story is in the overblown manner with which Camille is depicted as a troubled woman with a dark past. As well as being an alcoholic who has attempted suicide, her inner turmoil is also made insufferably visual by the reveal of a hefty set of self-harm scars that cover her entire body. It’d be one thing if these scars were simply the result of linear lacerations, but of course they’re not – such scars would hold no purpose to the story.

Instead the wounds take the form of words, turning Camille’s body into the self-harm equivalent of Guy Pearce’s tattoos in Memento or a reverse engineered wordy version of Wentworth Miller’s blueprint tattoos from Prison Break. However, instead of giving Camille a map for how to escape her situation, they provide her a reminder of why she escaped Wind Gap in the first place.

As of episode three (titled “Fix”, shown to be one of the words carved into her flesh as all the episode titles appear to be), the words are still something of a mystery, but it’s clear they hold some sort of larger significance than just shock value. 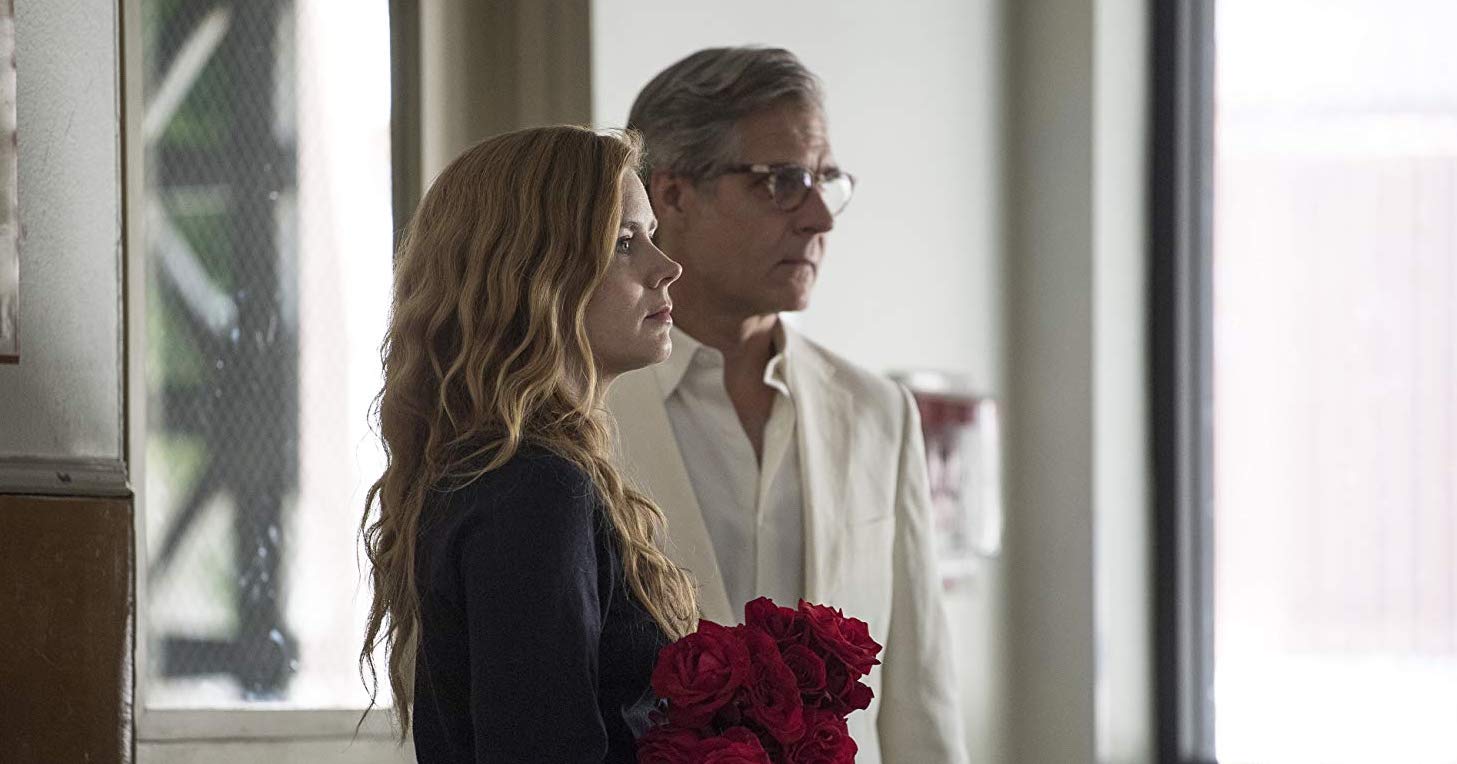 Which is, frankly, lazy writing. From the clumsily edited flashback sequences depicted in the show, we’re already made aware that Camille has a ludicrous amount of trauma and troubles from her past that currently torment her in the present.

Illuminating how these experiences may have literally burrowed under her skin is ludicrously on the nose and it further problematizes the themes of the narrative seen so far. In Sharp Objects (as in many crime narratives), a woman’s body (at any age) is a vehicle for pain, torture, abuse, and suffering, but most of all for secrets.

It’s been established that Camille had “a lot of boys” back in her wayward youth and that the young roller skating teenage girls who now party in the streets and flirt with men who are way too old for them have continued where she left off. There’s a faint insinuation of a connection between how these young girls behave (and how Camille used to behave) and the murders of the young women in the town.

However, we’re three episodes into the series and these female characters (including those who have been murdered) have yet to be given any depth, nor have their lifestyles been explored much more beyond a few shots of them acting drunk, surly, and flirtatious.

It’s suggested that Wind Gap is full of secrets and tragedies doomed to repeat themselves. But the female occupants of the town are also used as a vehicle to inhabit those secrets and to bury them in their flesh in sexual, painful, drunken, and sometimes fatal manners.

It’s one of the most overdone crime tropes there is; one that has echoed out from the blue-lipped, plastic-wrapped stretches of Laura Palmer’s corpse in Twin Peaks through to the artistically arranged naked body of a female corpse in True Detective, all the way along to every dead woman in CSI and other shows of its ilk – the mysteries of a (often beautiful) woman’s suffering. 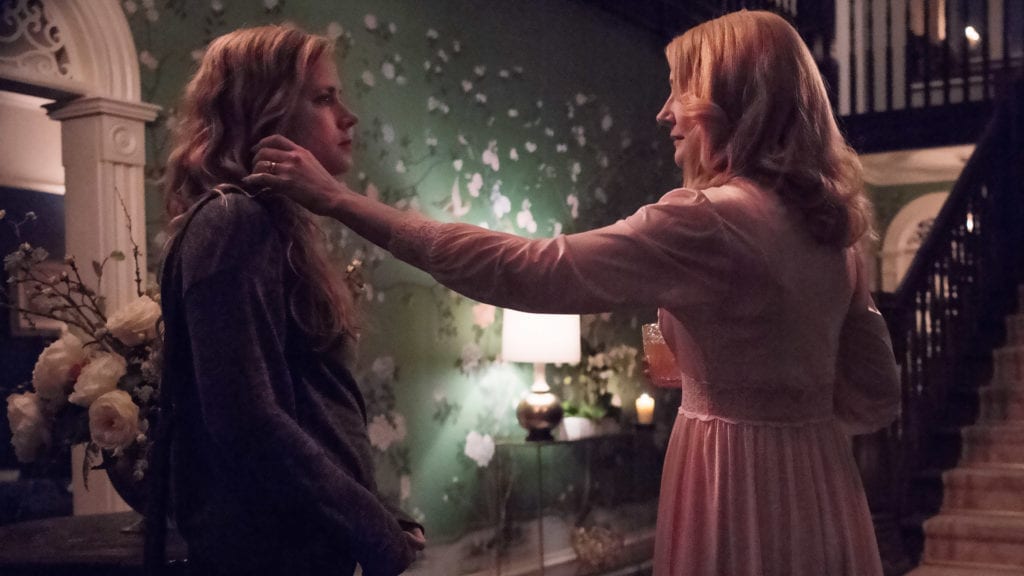 Arguably, Camille would be just as fascinating and compelling a character without such trite visual indicators that her body is literally carrying such burdensome secrets and a lifetime of screeching wounds. We’re here to celebrate as many flawed female characters and antiheroes as can possibly be developed, but there’s something about how Camille is drawn in the show that undermines her strength and intelligence.

She isn’t framed as being an investigative reporter with a drink problem and mental health issues – she’s framed as being an alcoholic struggling with psychological trauma who occasionally pulls out a notepad and jots down a note or two. 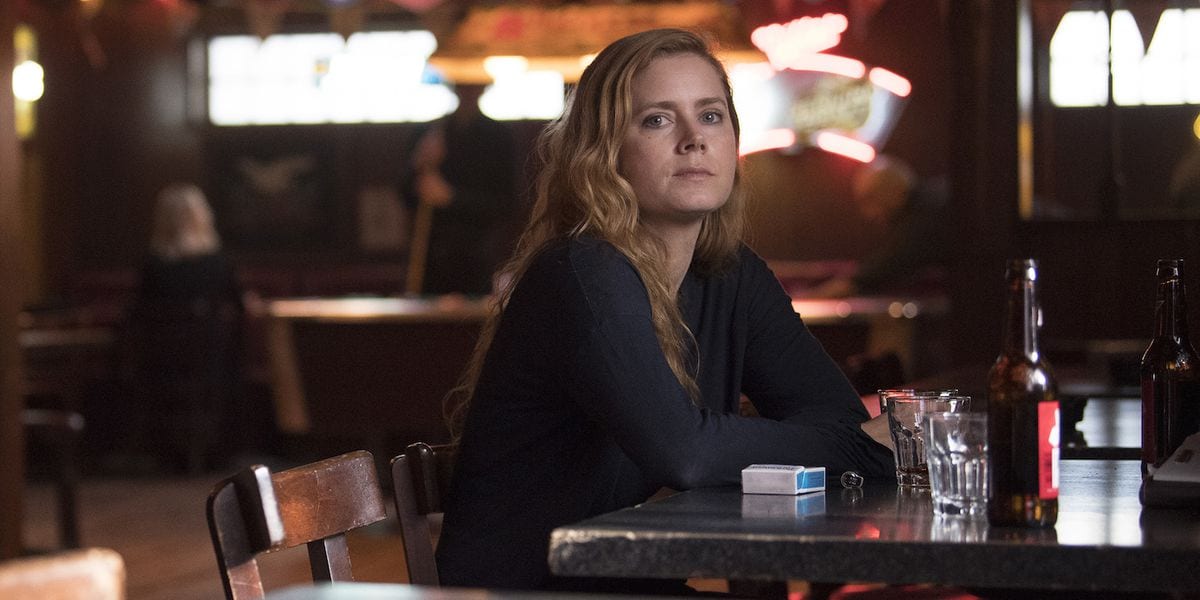 In this way, Camille’s characterization feels as old fashioned and out of step as her music tastes seem to be. (Seriously, Led Zeppelin on a non-stop loop? At the very least, wouldn’t a woman of Camille’s age be getting nostalgic for some 90s grunge or a solid Tori Amos anthem?)

There’s nothing new or interesting about the character – she doesn’t seem to reflect any aspect of what it means to be a modern women. Particularly not when Camille’s scars offer a strange point of entry to a further mystery that the character herself appears too weak to speak up about.

In a story so focused on the lives and gruesome deaths of women, Sharp Objects is a blunt force of clumsy writing when it could be packed full of razor perceptions on who the modern woman is and not just the horrors she endures. In the remaining five episodes of the show, we hope Sharp Objects finds its edge and cuts through the bullshit to give us exactly that – because so far (despite the uproarious critical acclaim) we’re not impressed. 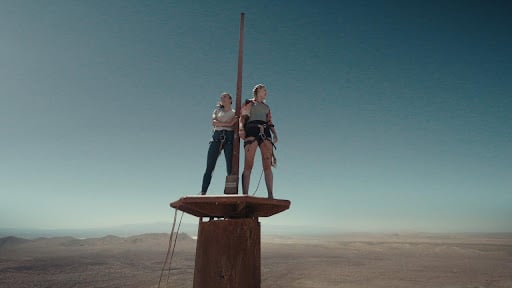