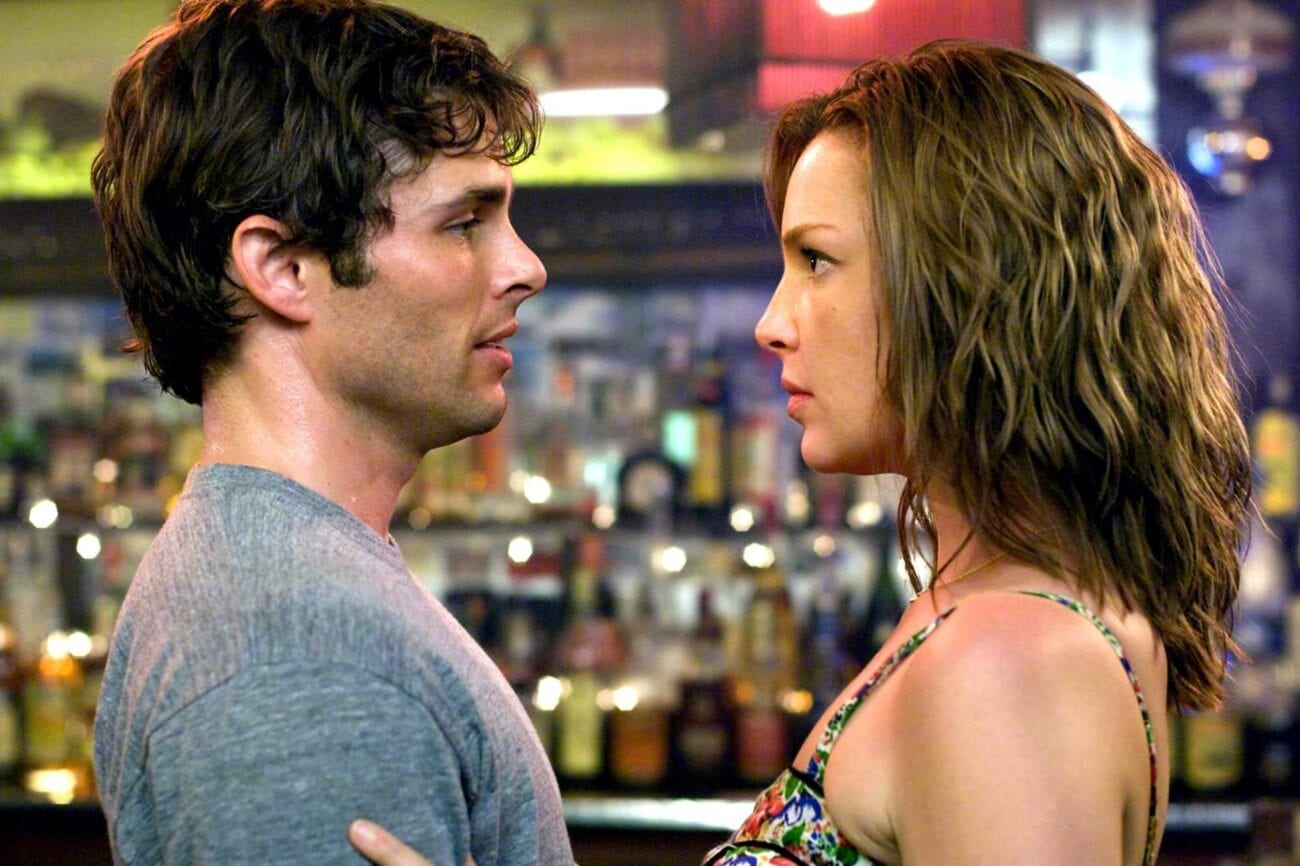 ‘My Big Fat Greek Wedding’: Laugh and cry at these emotional wedding romcoms

Who doesn’t love watching a good wedding romcom? The typical path of any romcom ends in a wedding for the main couple of the movie, but there’s something different about romcoms where the entire theme revolves around weddings. The fun, frolic, panic, and everything in between that comes with the wedding day can make for some of the most dramatic, yet hilarious plots.

Take My Big, Fat Greek Wedding as an example. This 2002 wedding romcom is about a first-generation Greek American falling in love outside her family’s strict traditions. Apart from being a glow-up story, My Big Fat Greek Wedding explores themes of family tradition and culture clashes in a fun, zany way that will make you want to watch it again & again.

However, we can only watch My Big Fat Greek Wedding so many times before we want to branch out and see what else is out there. Here are some wedding romcoms to warm you up, even on days you feel cynical about romance. 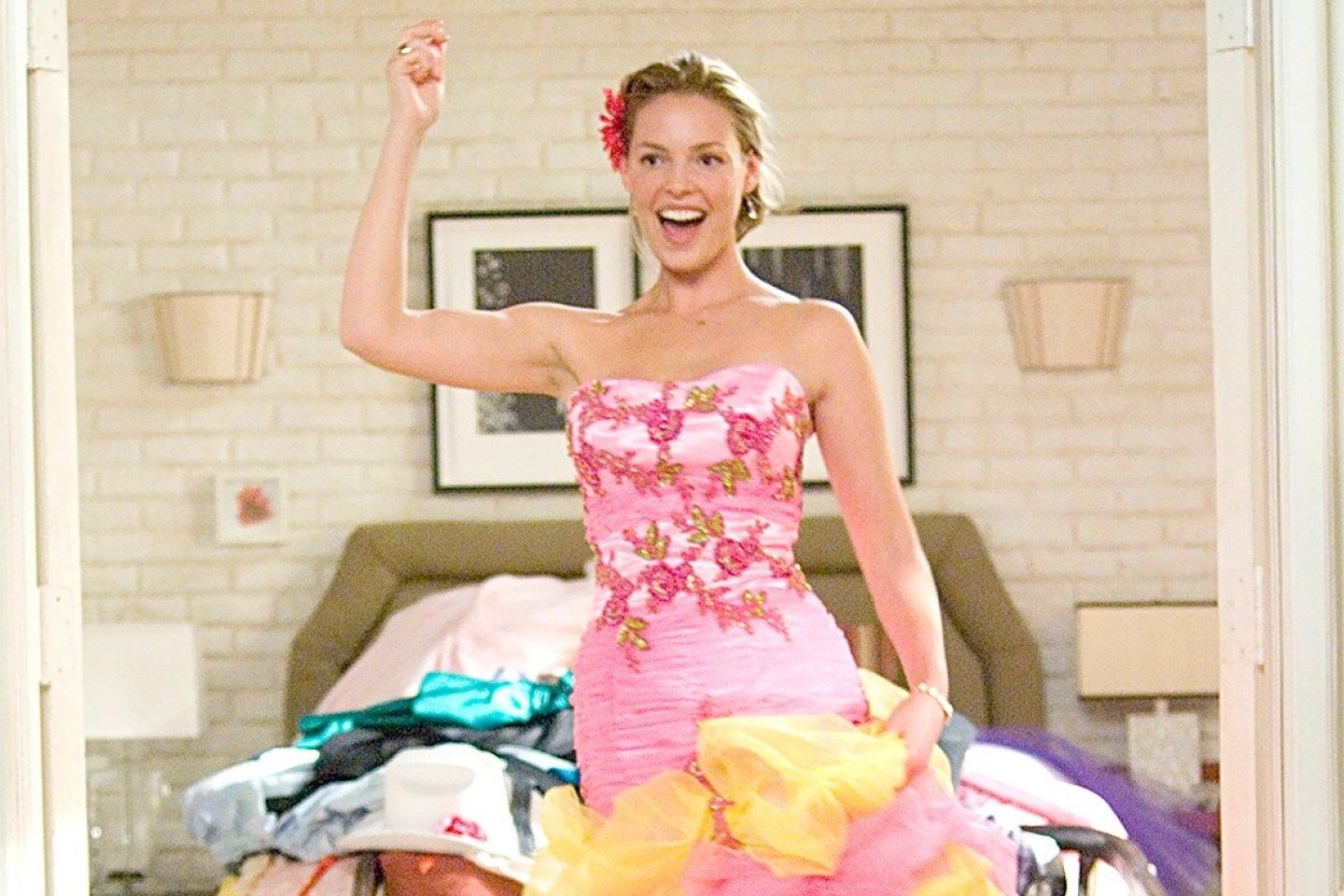 Katherine Heigl as Jane Nichols & James Marsden as Kevin Doyle are the perfect epitome of “will-they-won’t-they”. The characters’ dynamic is riddled with more cliches: it starts with the pair disliking each other passionately, being polar opposites, the cynical guy falling for the bubbly one, you name it, they’ve nailed it.

But both Katherine & James are enjoying the skin of their characters so much that we enjoy the cliches. Not to mention the impromptu “Bennie and the Jets” karaoke melts our hearts.

The plot of the movie isn’t perfect — it makes little sense that the same man could fall for Jane & Tess, and the love triangles & sibling rivalry are very superficial, but the overall concept makes 27 Dresses a comfort watch (& even rewatch). 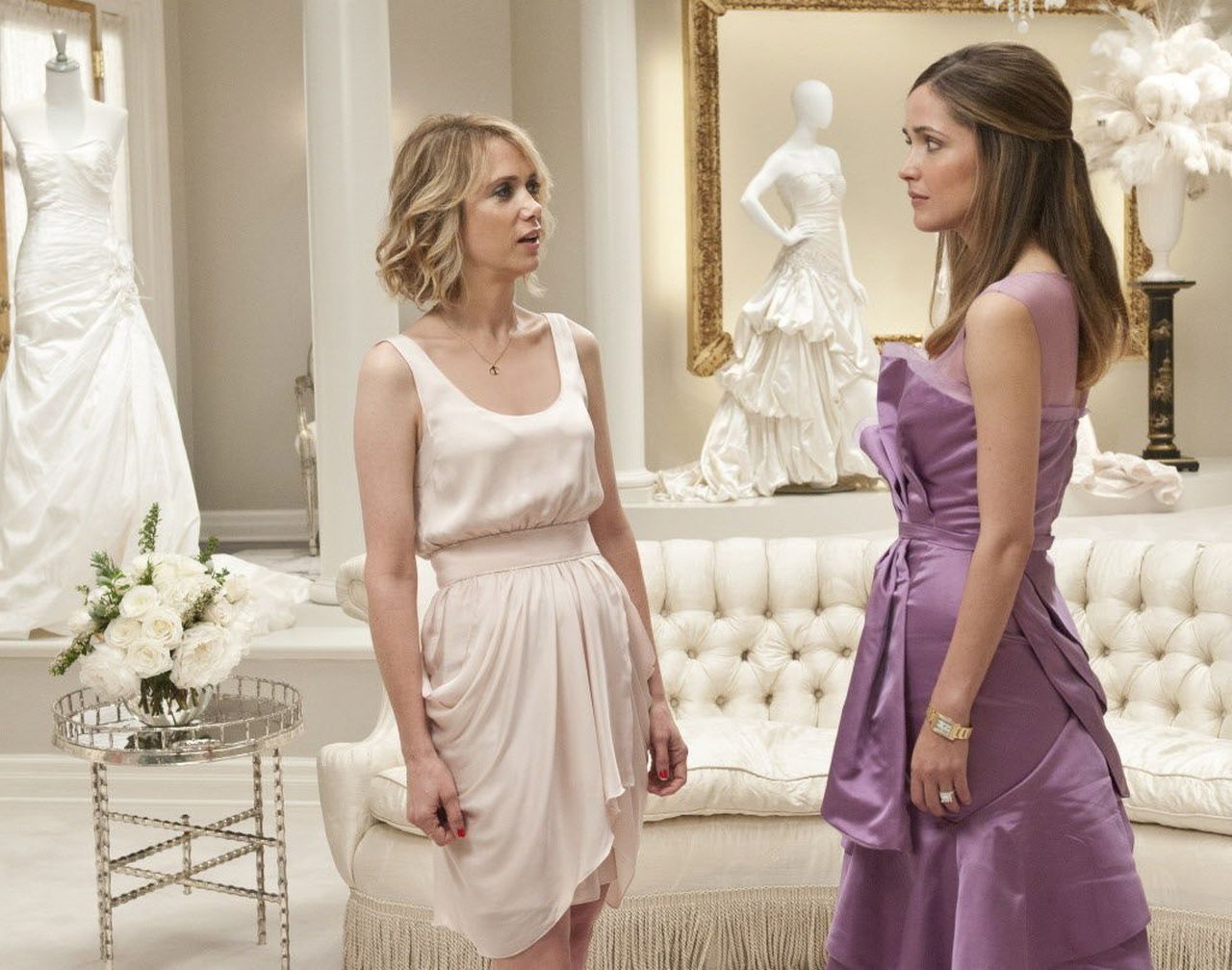 Nothing like a scatological buddy comedy about a bride & her friends. Starring Kristen Wiig, Maya Rudolph,  Rose Byrne, Melissa McCarthy, Ellie Kemper, and Wendi McLendon-Covey, Bridesmaids brings together a stellar cast in a comedy of eros.

Bridesmaids feels a lot like a version of The Hangover, where the guys are replaced by women. That adds a nice touch of female friendship theme to the movie, with no impact on the crudeness of the comedy. The movie even bagged an Academy Award nomination. 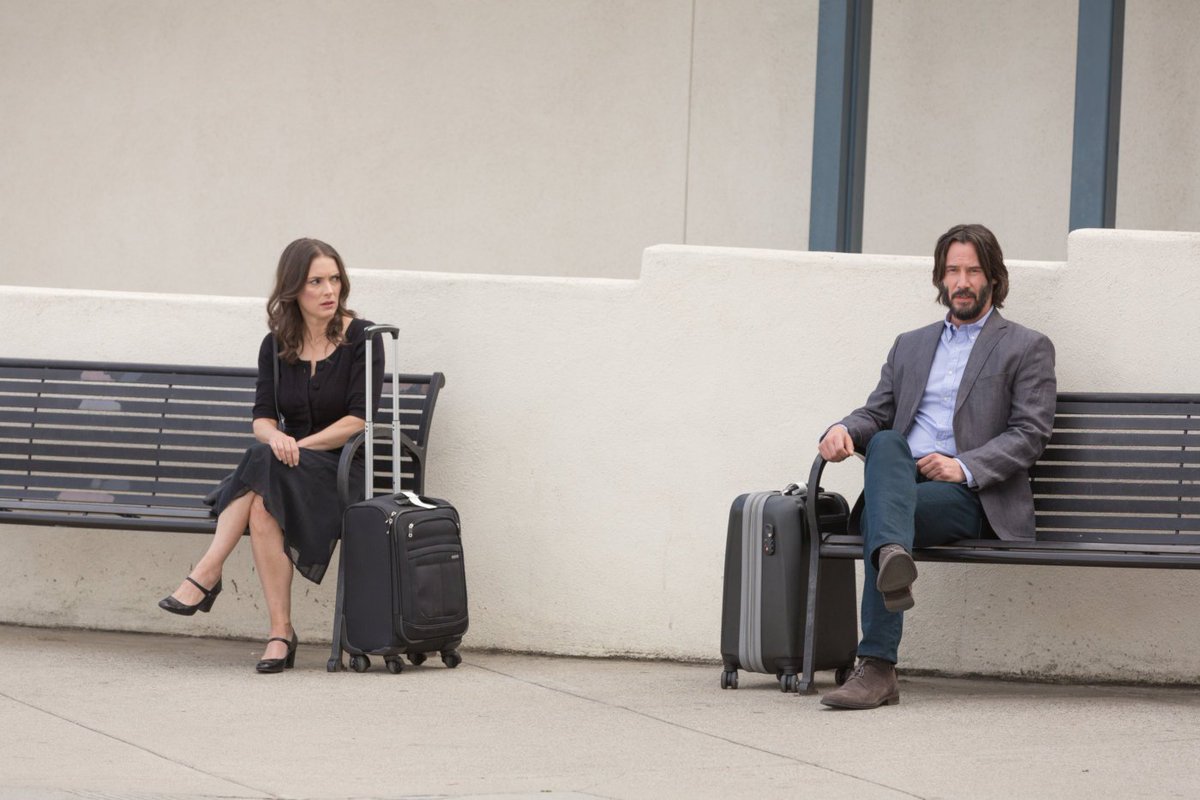 Keanu Reeves & Winona Ryder – that should be reason enough for anyone to watch this movie. Frank & Lindsay’s meet-cute is on the way to a destination wedding, which itself is very ominous if you know what we mean. But they hit it off for the wrong reasons: their shared hatred of the bride, the groom, the wedding, everything in general. They’re like the April Ludlow of the wedding.

Then they keep bumping into each other over the course of the weekend & find solace in each other’s cynical company. But of course, all of this would be nothing without a cliche — so we find them falling for each other. It can happen when you have so much solid ground & are forced to spend time together. 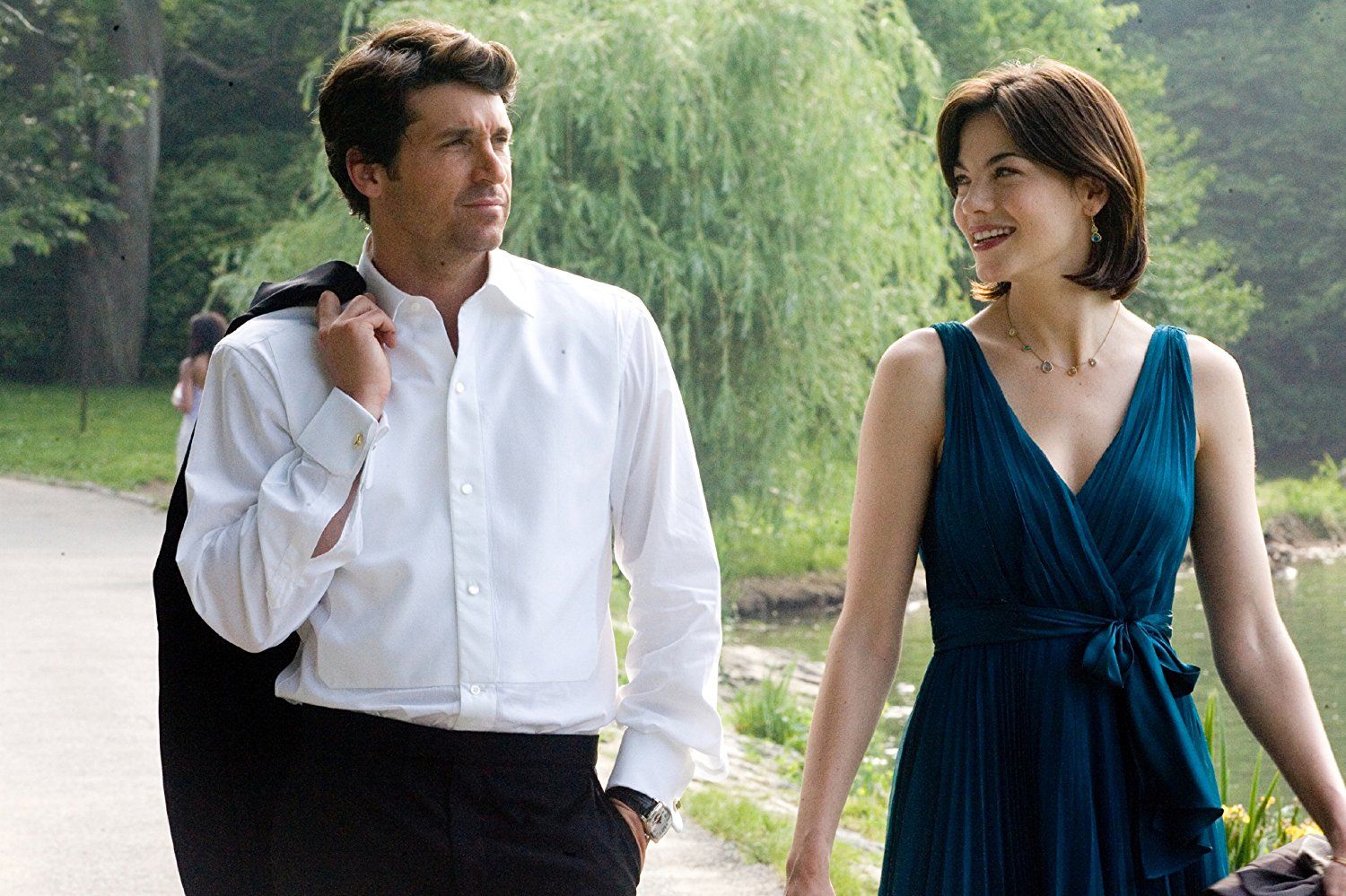 Starring stars Patrick Dempsey, Michelle Monaghan, Kevin McKidd, and Sydney Pollack in lead roles, we find another beaten-to-death plot. The best friend’s in love with the bride, but she asks him to be his maid of honor. The timing, of course, is perfect: the wedding announcement was made right when he realises his love for her.

He burns in jealousy for a bit & then rises from the ashes with an incorrigible resolve decides to win her over. We’ve heard this plot a million times before, we know friends don’t always wait to profess their love until the other’s engaged, but who doesn’t like watching McDreamy being McDreamy? 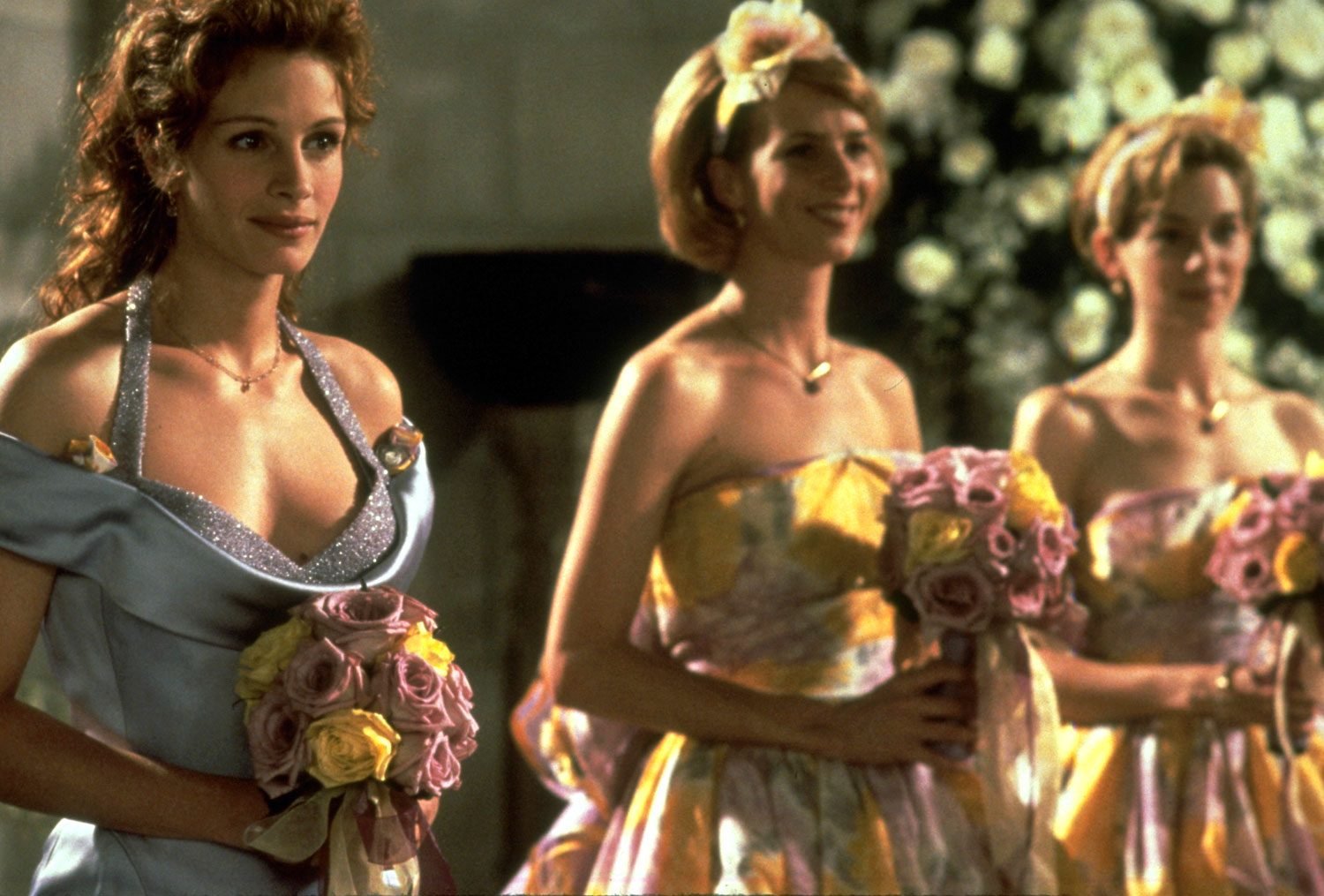 Nothing like a classic wedding romcom. My Best Friend’s Wedding is a 1997 wedding romcom that commands a place on this list. Directed by P.J. Hogan & starring Julia Roberts, Dermot Mulroney, Cameron Diaz, and Rupert Everett, it follows the story of Julianne finding out her best friend Michael is getting married.

Confused & overwhelmed with her emotions, Julianne cannot figure out if she’s happy for him or if the jealousy is more powerful. My Best Friend’s Wedding attempts to chronicle all her attempts at sabotaging the wedding & the final reckoning.

Have you seen My Big Fat Greek Wedding or any of the romcoms on our list? What’s your favorite wedding movie? Let us know in the comments below!