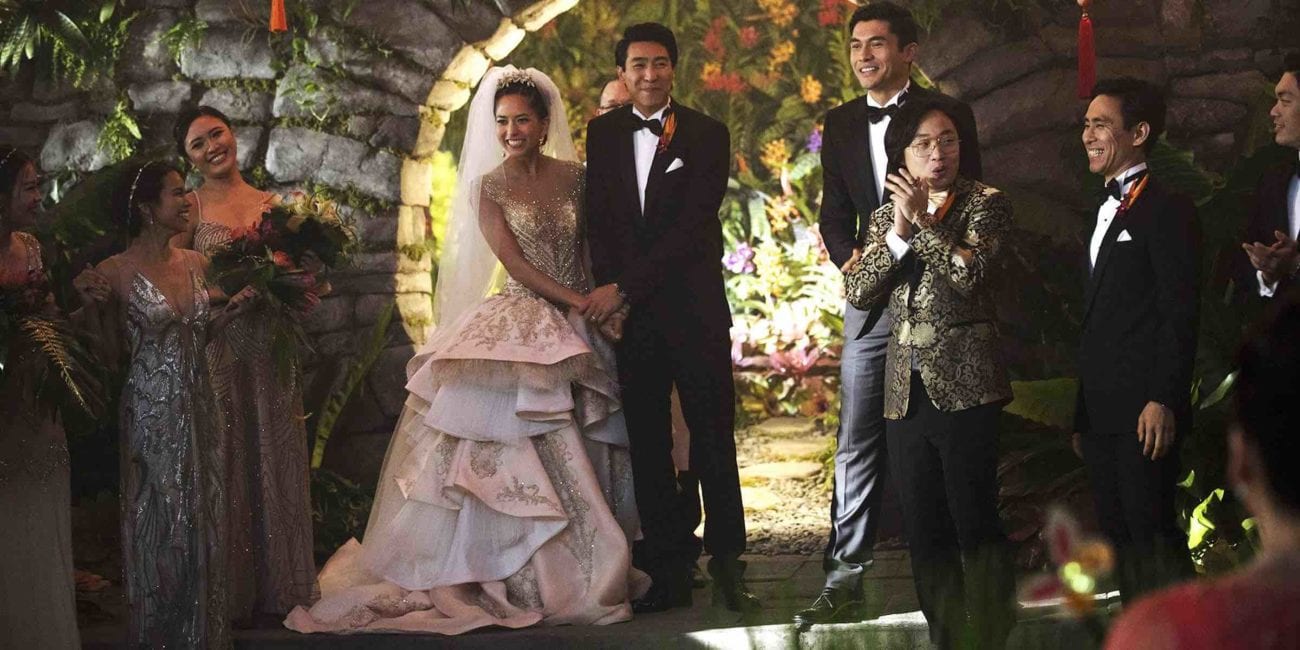 The most romantic movies to watch on your anniversary

It’s probably no surprise that our preferred anniversary celebration involves a romantic movie or two. The heart wants what the heart wants, and we want to snuggle up with our real-life loves and immerse ourselves in some of the romances that stand the test of time.

Sometimes finding the perfect romance to share with your partner can be a struggle, as not everyone can handle The Notebook on repeat. So we’ve picked out three of the most universally loved romances we could think of. 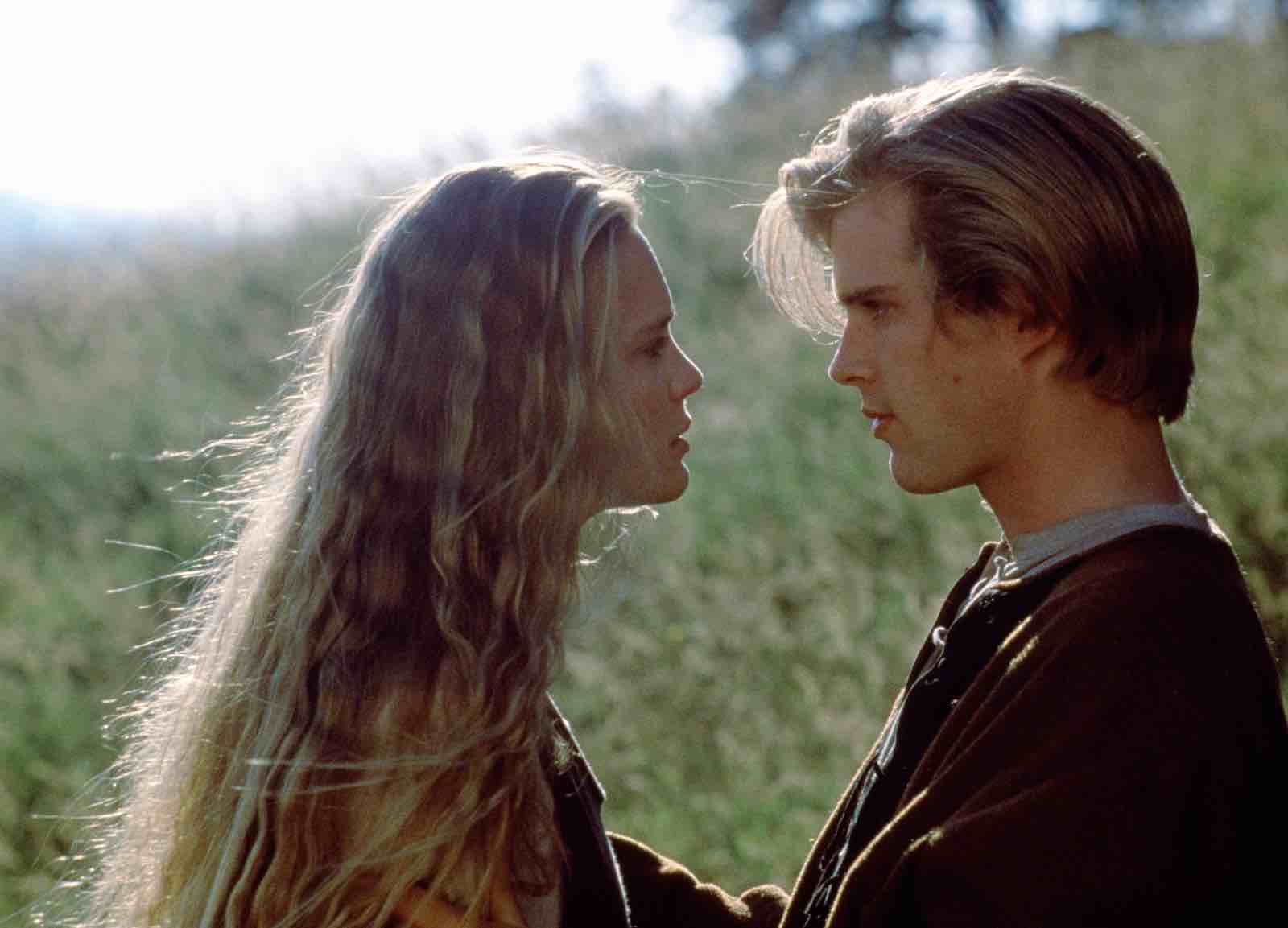 Is it possible for anyone to resist The Princess Bride? Rob Reiner’s fairy tale adventure follows the beautiful Buttercup (Robin Wright) and her one true love, Westley (Cary Elwes). Westly serves as Buttercup’s farmhand when they fall in love, and he leaves the farm to earn a fortune so they can marry. Westley’s ship is attacked by the Dread Pirate Roberts, known for never leaving survivors, and he is assumed dead.

Years after Westley’s disappearance, Buttercup is about to be forced into marriage to Prince Humperdinck (Chris Sarandon) when she is kidnapped by three outlaws, Vizzini (Wallace Shawn), Fezzik (Andre the Giant), and Inigo Montoya (Mandy Patinkin). The outlaws and Buttercup are pursued by both “the man in black” and Humperdink’s soldiers, as they battle the evils of the mythical kingdom of Florin.

Based on the William Goldman novel of the same name, The Princess Bride is a cult favorite that is universally captivating and adored. 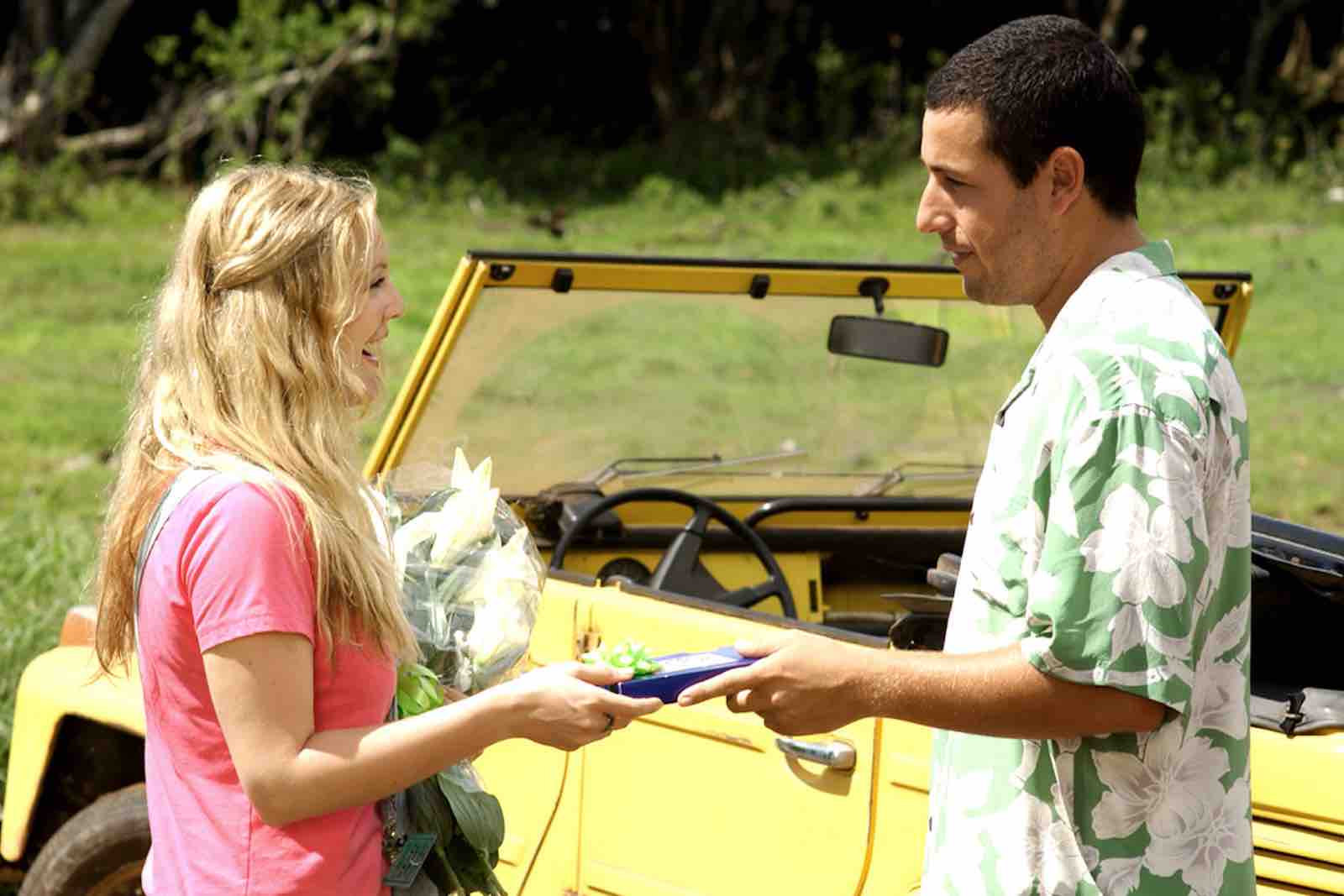 Peter Segal’s 50 First Dates has something for everyone. Combining Adam Sandler and Drew Barrymore’s romantic chemistry with a hefty dose of crude humor, both lovers and haters of the romance genre can find something to smile about.

50 First Dates is the story of Henry Roth (Sandler), veterinarian and notorious womanizer, who happens upon Lucy Whitmore (Barrymore) at a nearby cafe when his boat breaks down. Henry and Lucy hit it off, and she asks him to meet her again the next morning. 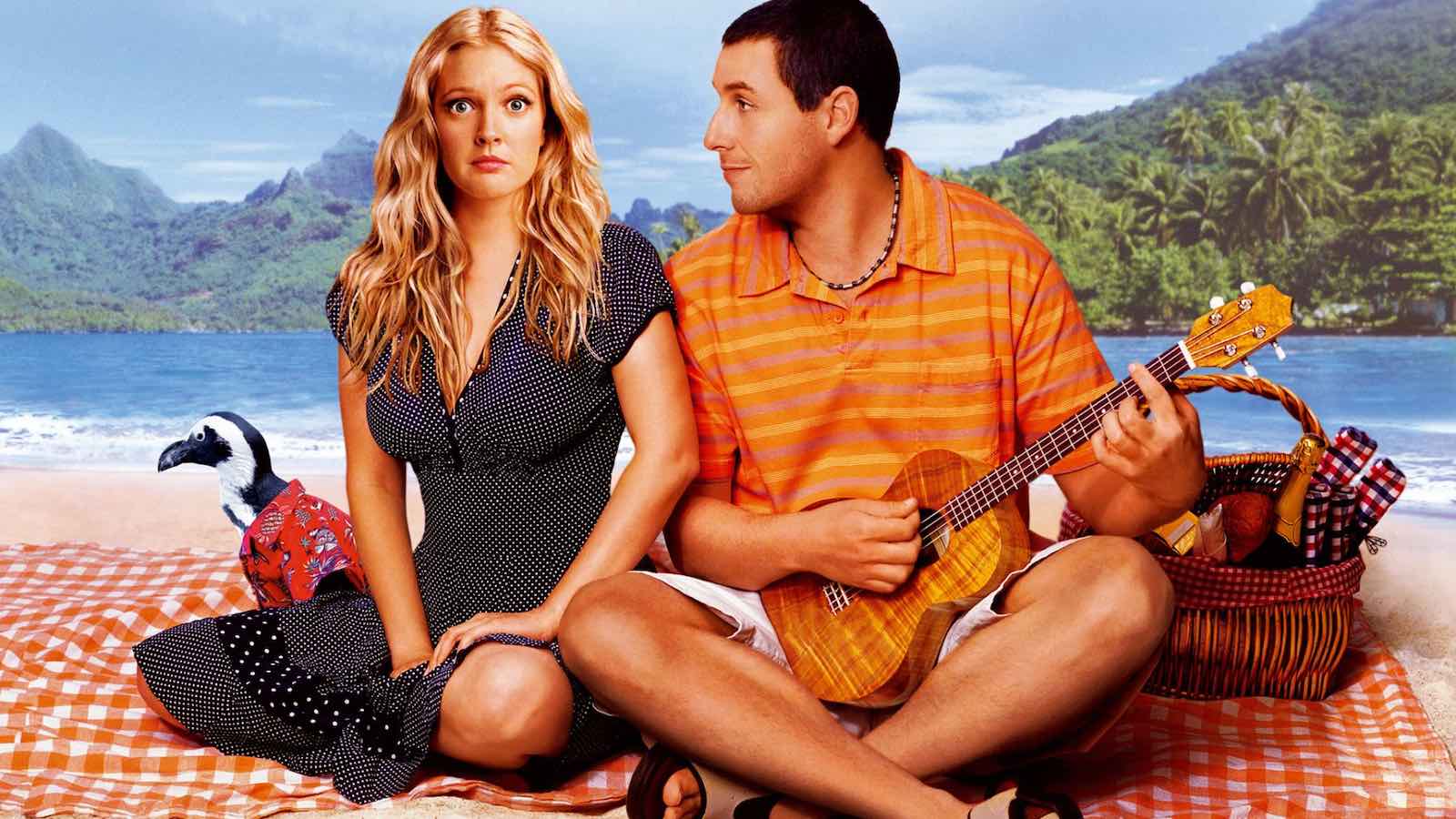 When Henry returns to the café the following day, Lucy has no memory of their previous meeting. The restaurant owner Sue (Amy Hill) explains to Henry that, due to a serious car accident, Lucy has anterograde amnesia, which inhibits her ability to form new memories. She wakes up every morning thinking it is Sunday, October 13, of a year ago.

Henry’s determination to break through Lucy’s condition to make her fall in love with him converts Sandler from a goofy comedian to a knight in shining armor. Previously paired in The Wedding Singer, Sandler and Barrymore are one of the best on-screen couples of all time. 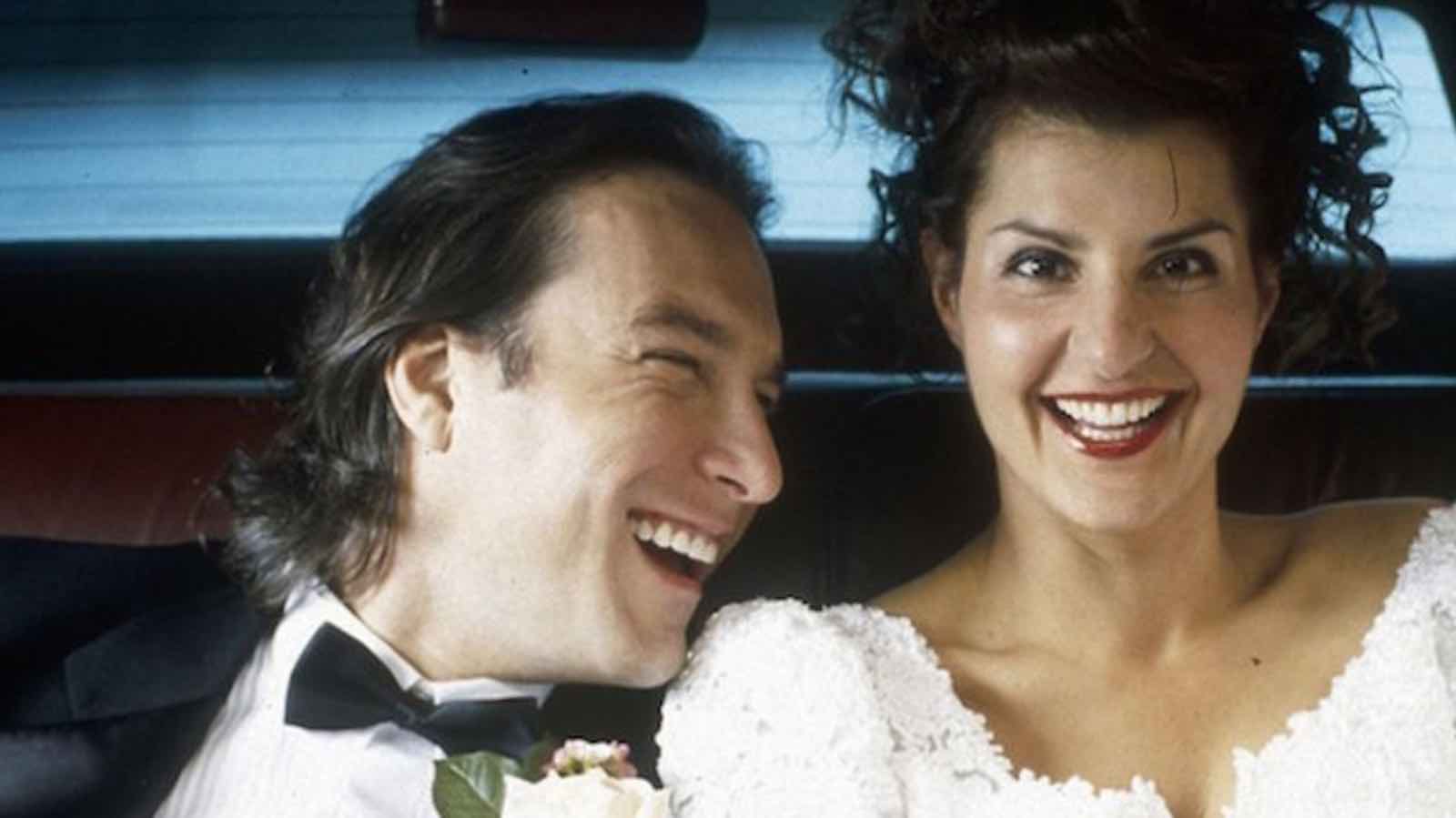 Who can’t empathize with the crazy family chaos in My Big Fat Greek Wedding? Both starring and written by Nia Vardalos, My Big Fat Greek Wedding hits all sorts of genre high notes, with its cross-culture romantic comedy plotline. Vardalos draws us into her semi-fictional Greek family, highlighting the frustration Toula (Vardalos) endures while convincing her family to accept her non-Greek partner, Ian (the ever-charming John Corbett).

My Big Fat Greek Wedding is a study in character-development perfection, featuring kooky characters the audience falls in love with, and family members we swear were taken right off our own trees. Anchored in Toula and Ian’s love story, the chaos and silliness find a respite in their relationship, which converts even Toula’s most headstrong family members.

My Big Fat Greek Wedding feels like the perfect movie to remind us of where it all began. 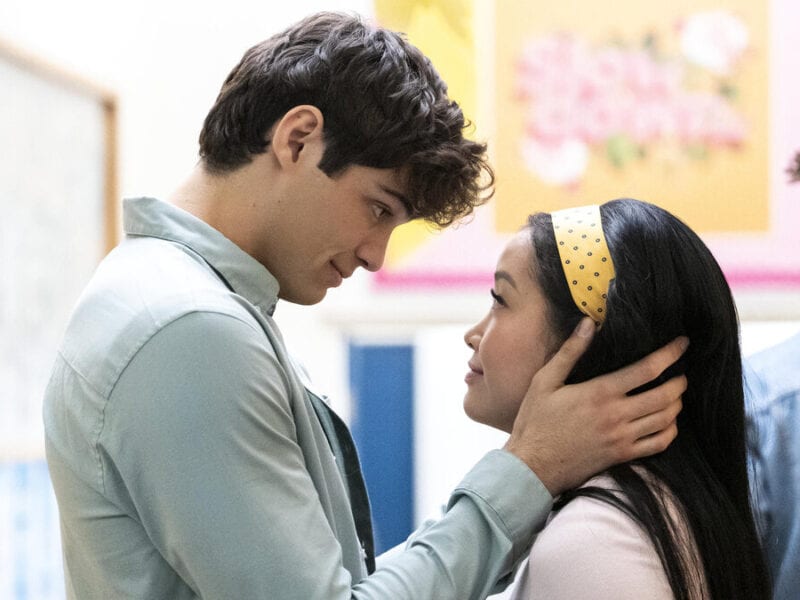 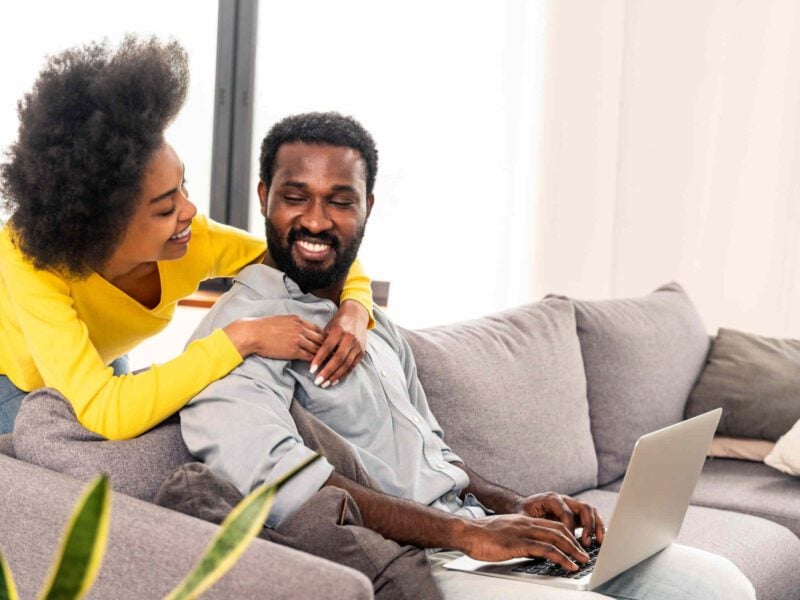