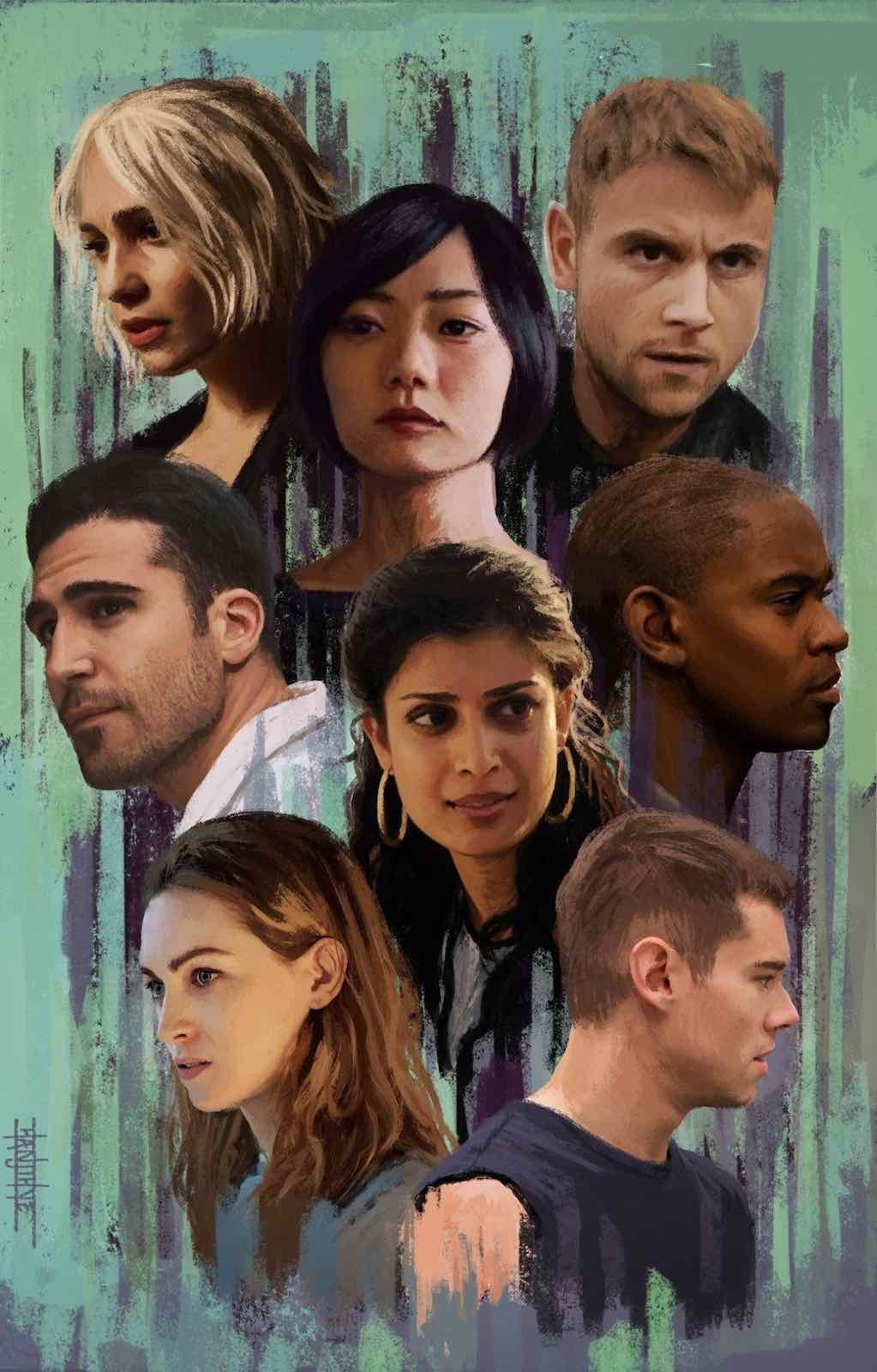 Netflix is an unforgiving God when it comes to their top shows. One Day at a Time, Lucifer, The OA, and plenty of other shows have been taken away from us too soon. Arguably the most tragic ending would be Sense8. After two spectacular seasons of unique storytelling, Netflix ended the sci-fi show from legendary director duo the Wachowskis.

Fans rallied, demanding another network pick up Sense8 or Netflix give fans some closure with one last season. Netflix did listen and gave fans a TV movie to bring the show to a close, but it wasn’t enough. Sense8 offers some of the most diverse storylines and cast on TV to date.

By focusing on a group of emotionally and mentally connected strangers, Sense8 naturally gives way to moral plot issues as these eight humans help each other through their new lives.

We salute you Sensates for fighting the good fight to bring Sense8 back to our screens. You know this show deserves another chance to thrive on a more willing network or streaming platform, and you won’t stop until someone hears your cries. We hear you!

That’s why we want to give Sense8 fans a chance to make their voices heard on a large platform. You can vote for Sense8 in the Bingewatch Awards here and help it take the Best Cancelled Sci-Fi/Fantasy Show prize. Voting is open now and ends October 7th, so rally the troops and go for success.

For those more casual fans who need a reminder of why Sense8 deserves this title, let’s take a look at some more reasons.

While nearly every sci-fi show likens its cast at some point to a family, Sense8 takes that trope one step further by interlinking the eight main characters. Every character knows exactly what the other seven are thinking and feeling at any time, making it hard for them not to care about each other. So many personal and touching moments have come from these characters’ mysterious power of being sensates.

By focusing on eight characters from completely different parts of the world, social classes, races, countries, and sexualities, Sense8 portrays true human connection. These characters stick by each other and lift each other up through all the turmoil and conflict the world throws at them. They may not be blood-related, but who needs blood when you have full-spectrum telepathy to make you family? 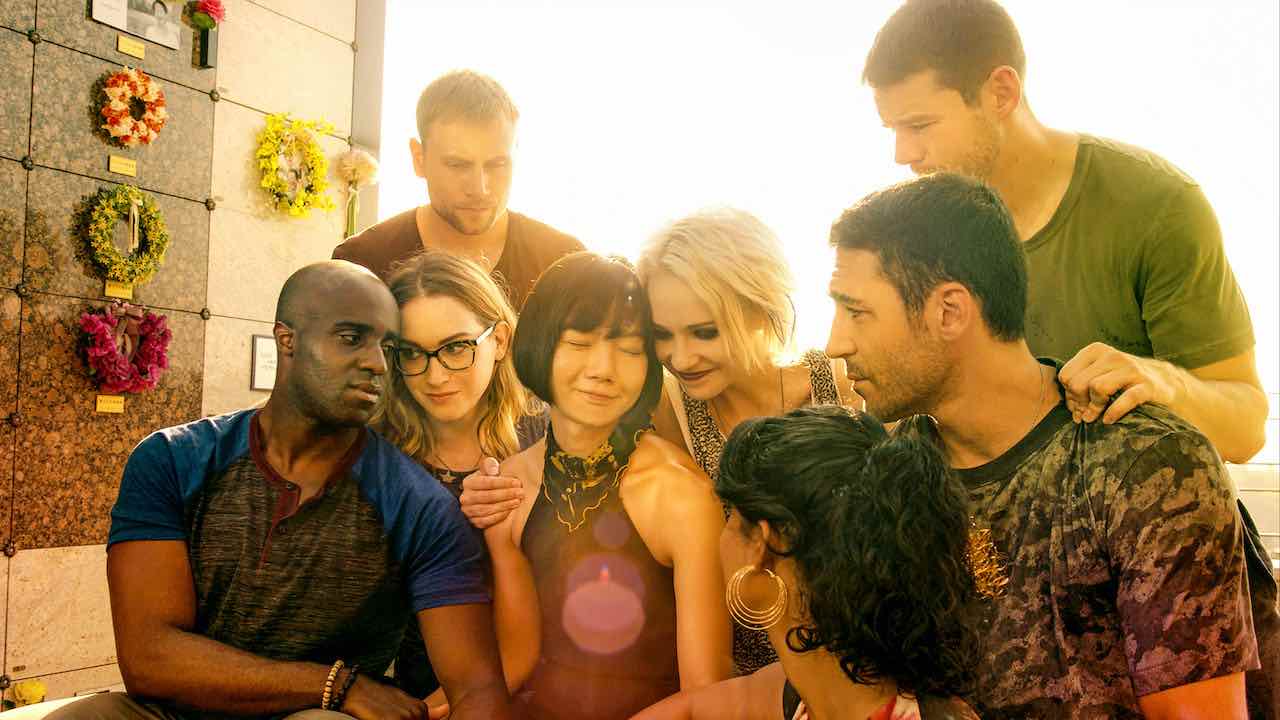 Since its first episode, fans have been enthralled by Sense8’s top relationship, Normanita. The pairing of Nomi (Jamie Clayton) and Amanita (Freema Agyeman) has brought tears to our eyes, but more importantly offered a unique pairing that so few shows on TV are even willing to consider, let alone feature heavily.

By featuring a relationship between a trans woman and a cis-gendered black female, the “T” from LGBTQ that so many shows ignore becomes prominent in Sense8. The pairing didn’t fall into the trap of killing one of them off, like some sci-fi shows have made the mistake of doing (cough cough The 100 cough cough). 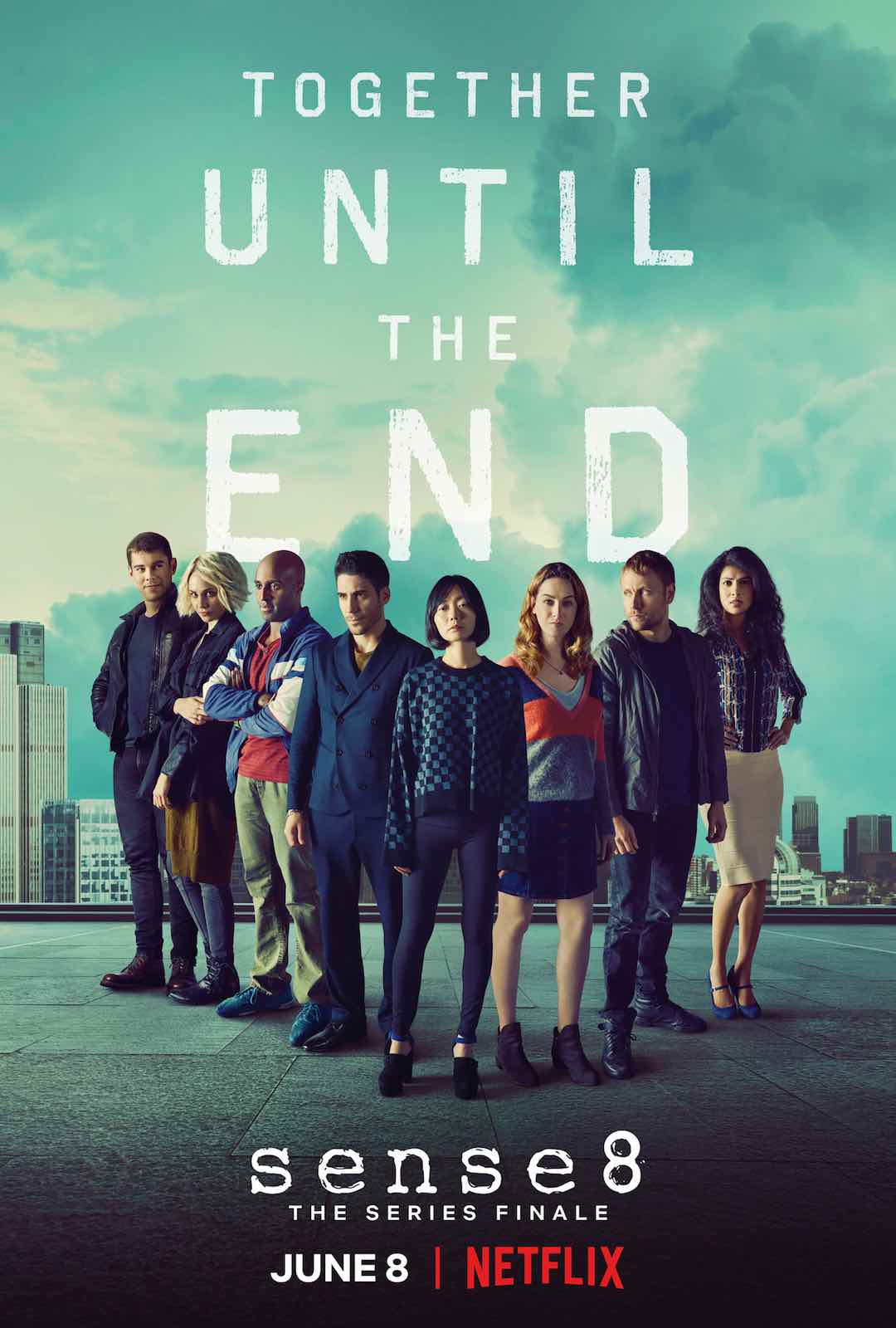 By taking the story worldwide, we get to visit every corner of the earth, and in Sense8, every part of the world is gorgeous. From Mexico to India, the UK to Kenya, with the Sensates being worldwide, so is the show. But rather than just tell the same story worldwide, we got to experience each Sensate dealing with his or her own world on a personal level.

For example, Sun Bak (Doona Bae) is in South Korea, daughter of a powerful businessman, yet lives the sports movie fantasy life of an underground boxer. Or maybe you prefer Kala Dandekar (Tina Desai) and her big Bollywood wedding to a man she doesn’t love (quintessential Bollywood drama!). 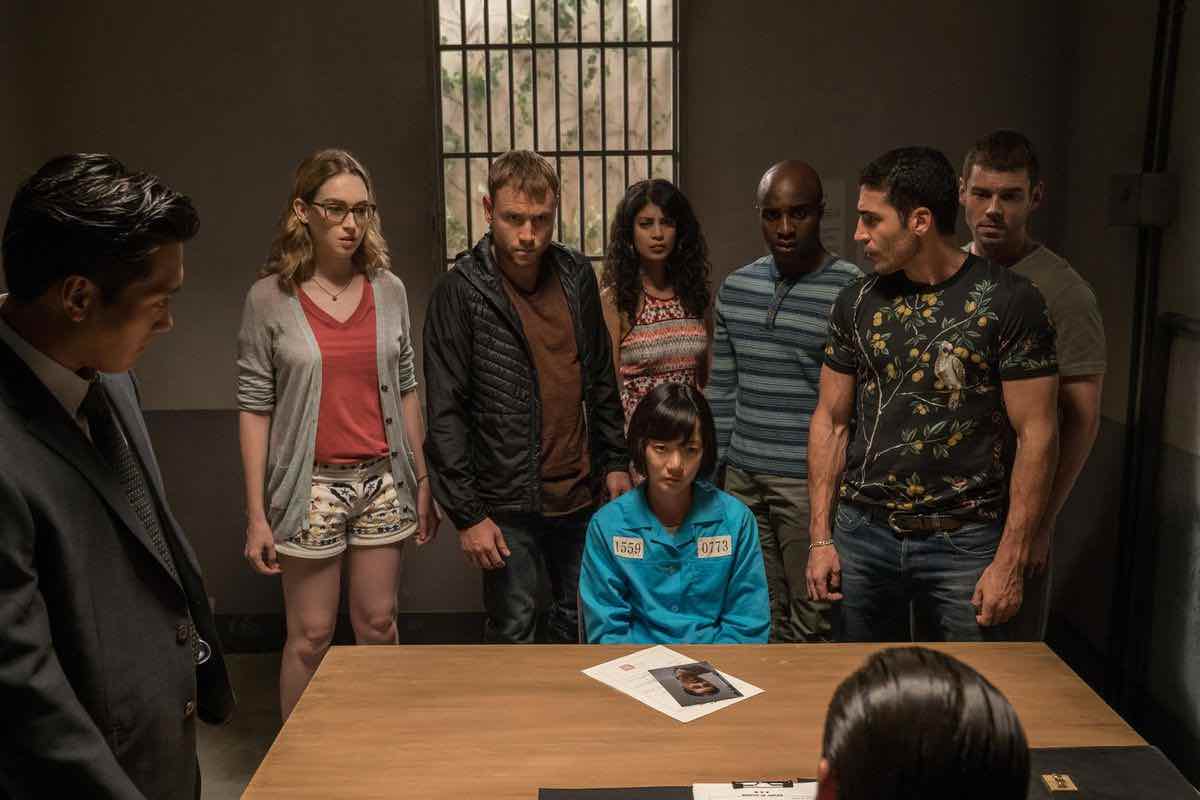 Sense8’s sci-fi is modern – with a twist

Almost everything about Sense8’s world is exactly the same as ours. The Sensates live today, replete with all of today’s problems. Most sci-fi is set in worlds beyond our own, allowing audiences an escape from the everyday.

While escape has its uses, experiencing a story seemingly happening right beneath our noses is a major change from the ordinary. Sense8 gives us a chance to experience a heightened version of our everyday lives. 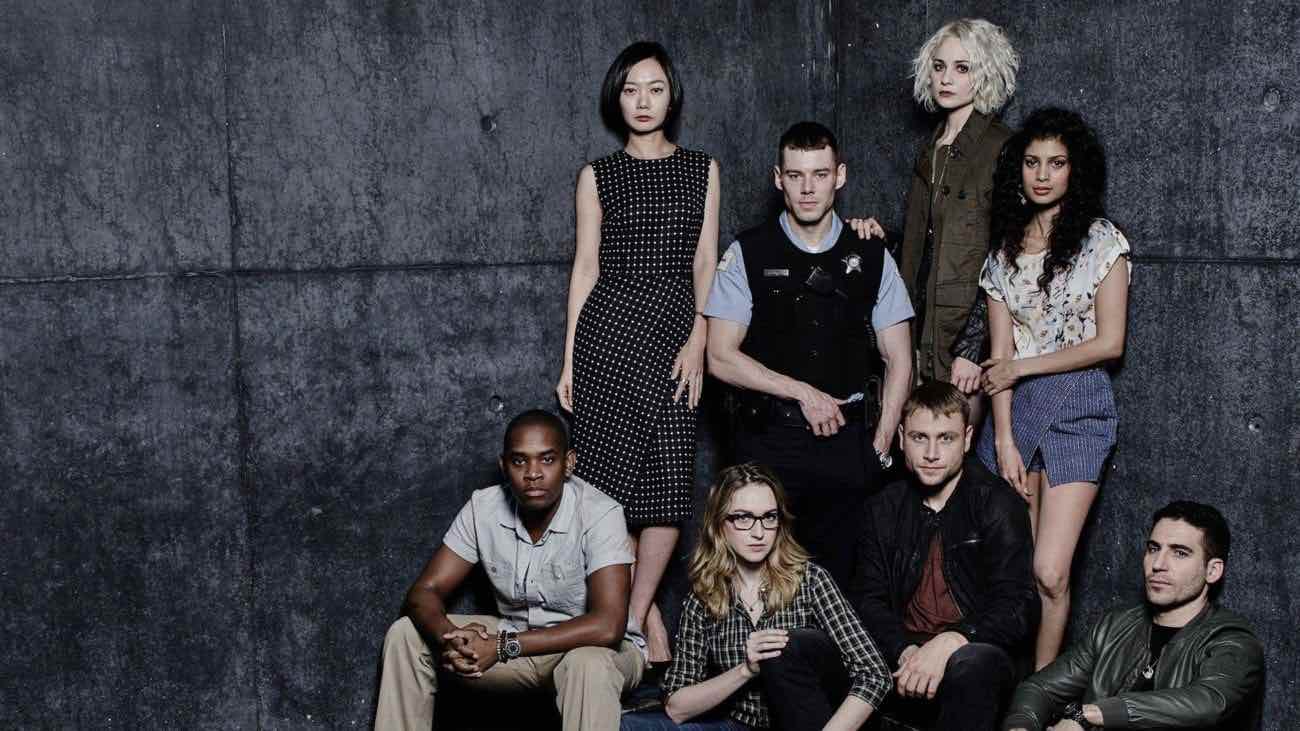 If you feel inspired to fight for Sense8, you can vote here for Sense8 to win Best Cancelled Sci-Fi/Fantasy TV Show in our Bingewatch Awards. Voting is open until October 7th, so get to it Sensates!