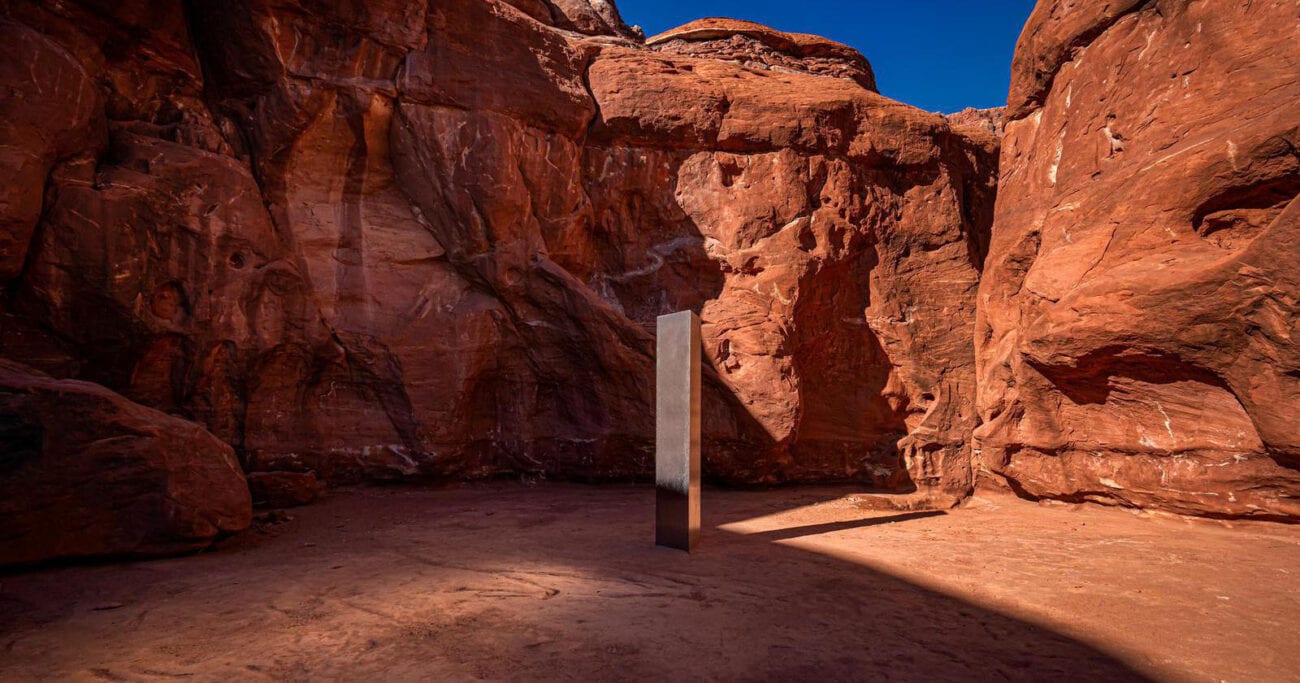 UFO news or a publicity stunt? Inside the truth of the Utah monolith

And the plot thickens! Just when we thought this year couldn’t get crazier, 2020 throws us another curveball. This time in the shape of a tall, shiny block of metal. Days after a monolith mysteriously vanished from a remote desert in Utah, another one materialized in Romania, then a third in California.

Is it really extraterrestrial intelligence at play or merely a publicity stunt? Let’s break down the mystery and find out. 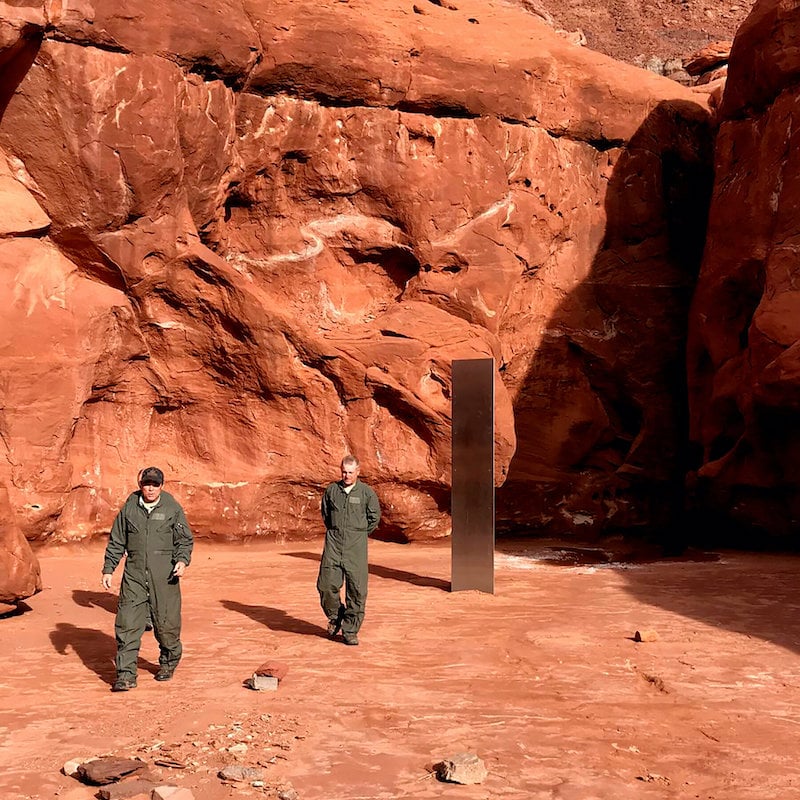 One day, Utah Department of Public Safety officials were flying over a desert trying to tally the population of bighorn sheep, expecting it to be a routine check. Then, they came across a strange shiny pillar of metal. When the team landed to investigate, they found a “metal monolith installed in the ground” without any “obvious indication of who might have put the monolith there.”

Naturally, the discovery of this mysterious obelisk kindled the minds of conspiracy theorists & scientists alike. Even Utah’s officials got in on the running theories, releasing a statement touching on the possibility of aliens: “It is illegal to install structures or art without authorization on federally managed public lands, no matter what planet you’re from,” they emphatically said. 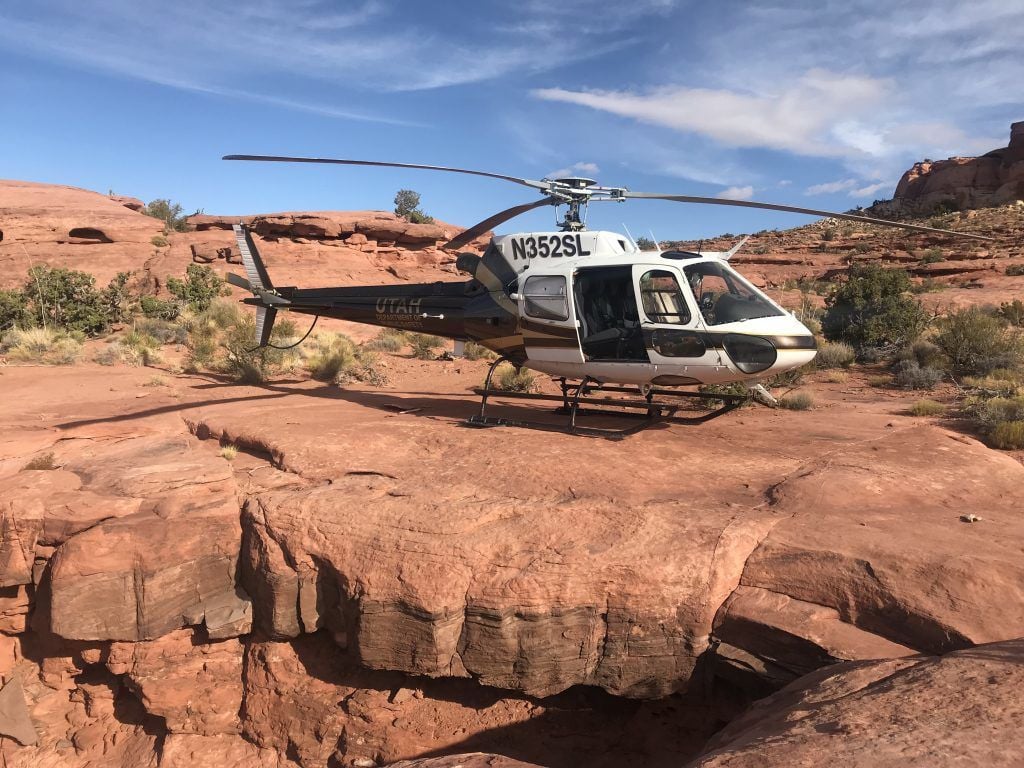 However, only a few days after it was found, the Bureau of Land Management in Utah reported the monolith was missing. Then, a similar structure popped up in Romania. Even more baffling: the monolith appeared in Romania within twenty-four hours of the previous one vanishing from Utah.

The “new” monolith has a mirrored effect whereas the one found in Utah just had a shiny exterior. Moreover, Romania’s monolith also has graffiti on it, which was absent in the previous one.

According to Daily Mail, Utah’s monolith is believed to have been removed by an “unknown party” and Romanian officials still have no idea who built the structure atop a hill. So the origin remains an enigma. 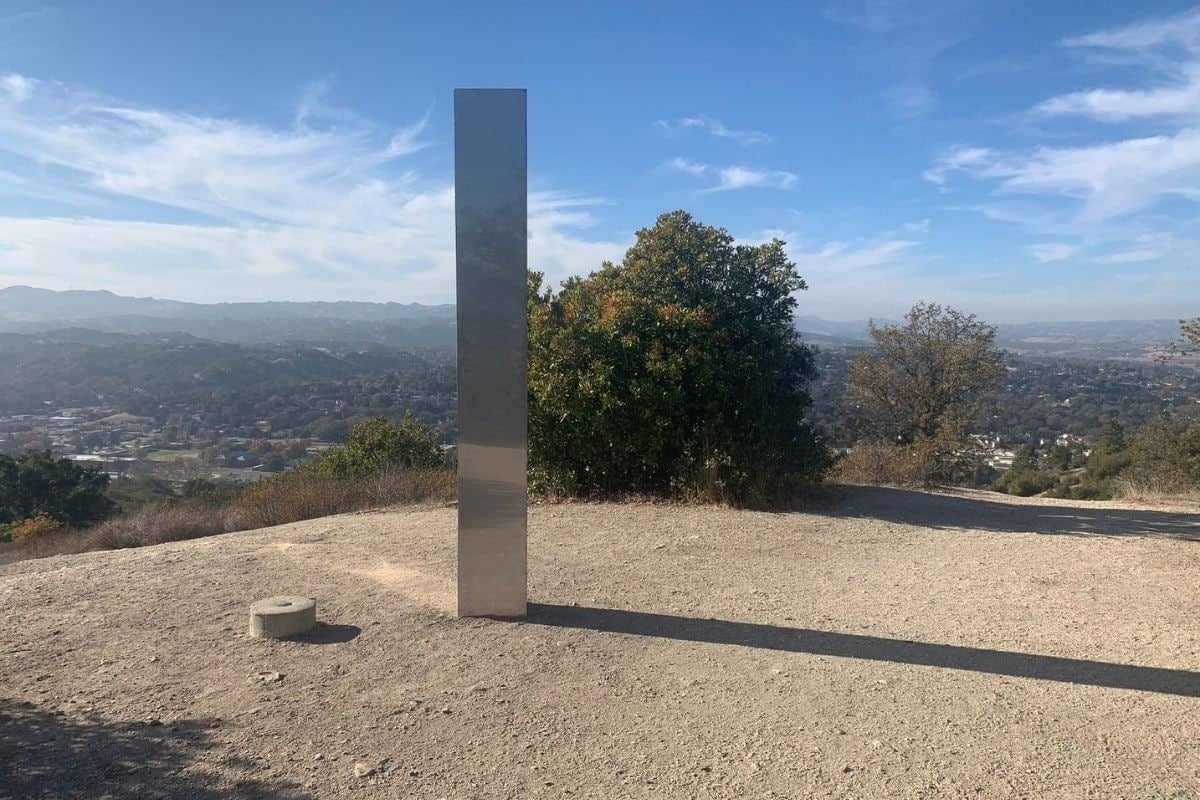 Although conspiracy theorists might blame it on a creature from outer space, many people believe that it could simply be a marketing ploy to garner attention.

A photography blog, Peta Pixel published a piece debunking all the juicy ET theories, explaining: “there is nothing mysterious about the making (or even the installation) of this object”, on closely examining the monolith seems to be of “terrestrial origin.”

So if this monolith wasn’t made by little green men from Mars, then who created it, and why was it left in the red rocks of southern Utah? While scientists are scouting explanations for the sudden appearance of these monoliths, many are theorizing that this could either be a work of a devout prankster or the handiwork of an artist. 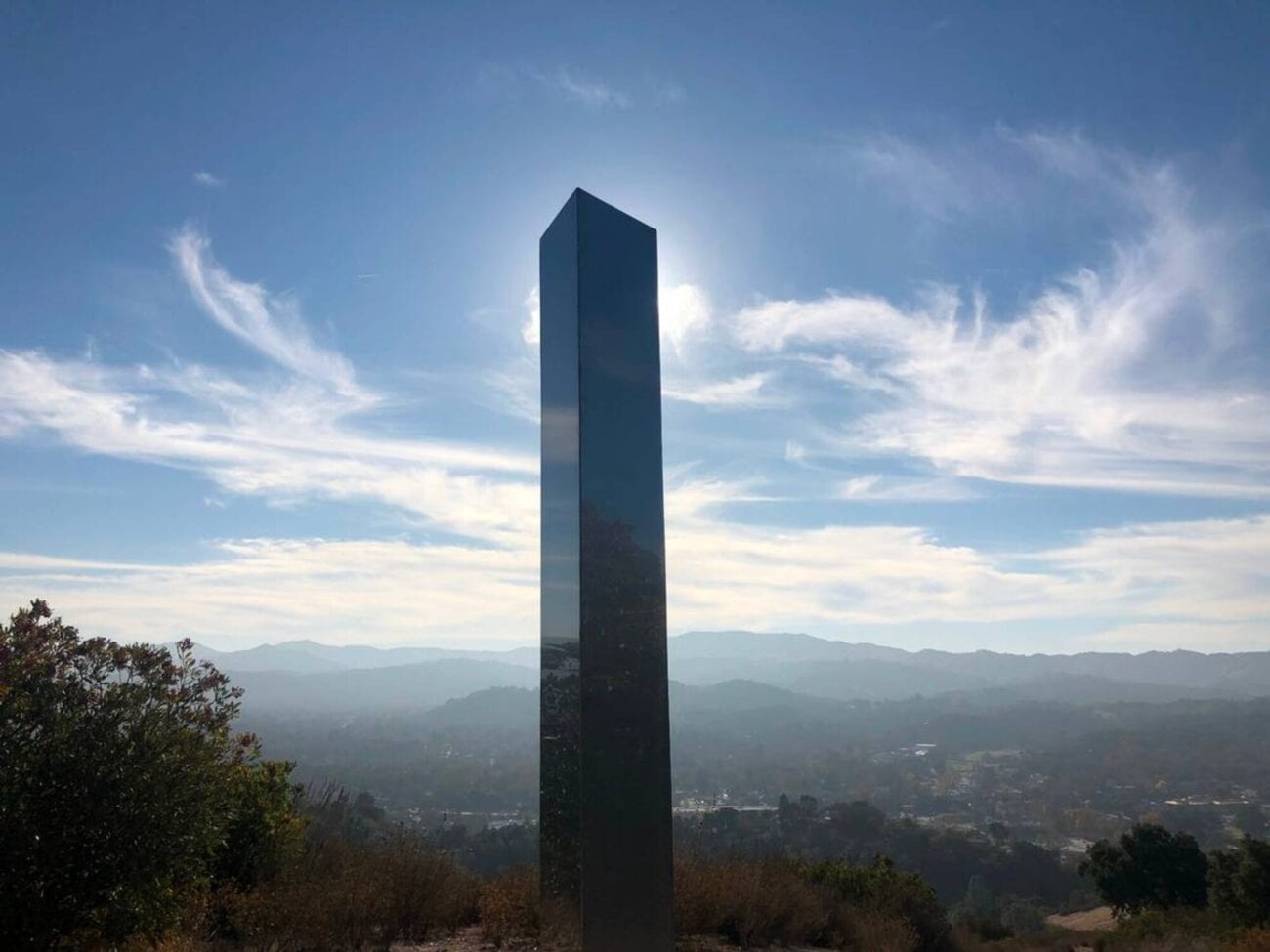 After all, the similarities between fictional obelisks of the book & film 2001: A Space Odyssey and the real-life obelisks cannot be overlooked. Some people are chalking it up to the artistry of a dedicated sci-fi genre fan looking to ride on the coattails of the media coverage & controversies.

It is speculated that the Utah monolith is an artwork of John McCraken, a touted minimalist sculptor with a love for science fiction. According to a New York Times report, the David Zwirner Gallery, an art gallery that exhibits McCracken’s estate claims it’s an authentic McCracken.

However, a close friend & former assistant of McCracken believes the monolith is actually a hoax and is too “crudely made” to qualify as an artwork. In line with the prankster theory, some believe that Romania’s monolith is constructed by a copycat, considering the aggressive coverage amassed by the original structure.

But the constructor’s elaborate plan had one little kink. The land the monolith stands on is federally managed public lands and by definition, it would mean that any building or installation on that land would require authorization. If the constructor is found, they will be possibly charged with vandalism and public property damage.

Alien artifact or not, this monolith mystery has sparked debate around the world. Plus, it seems like an apt ending to a year that’s seemingly straight out of a science fiction movie. Do you agree? Let us know in the comments!