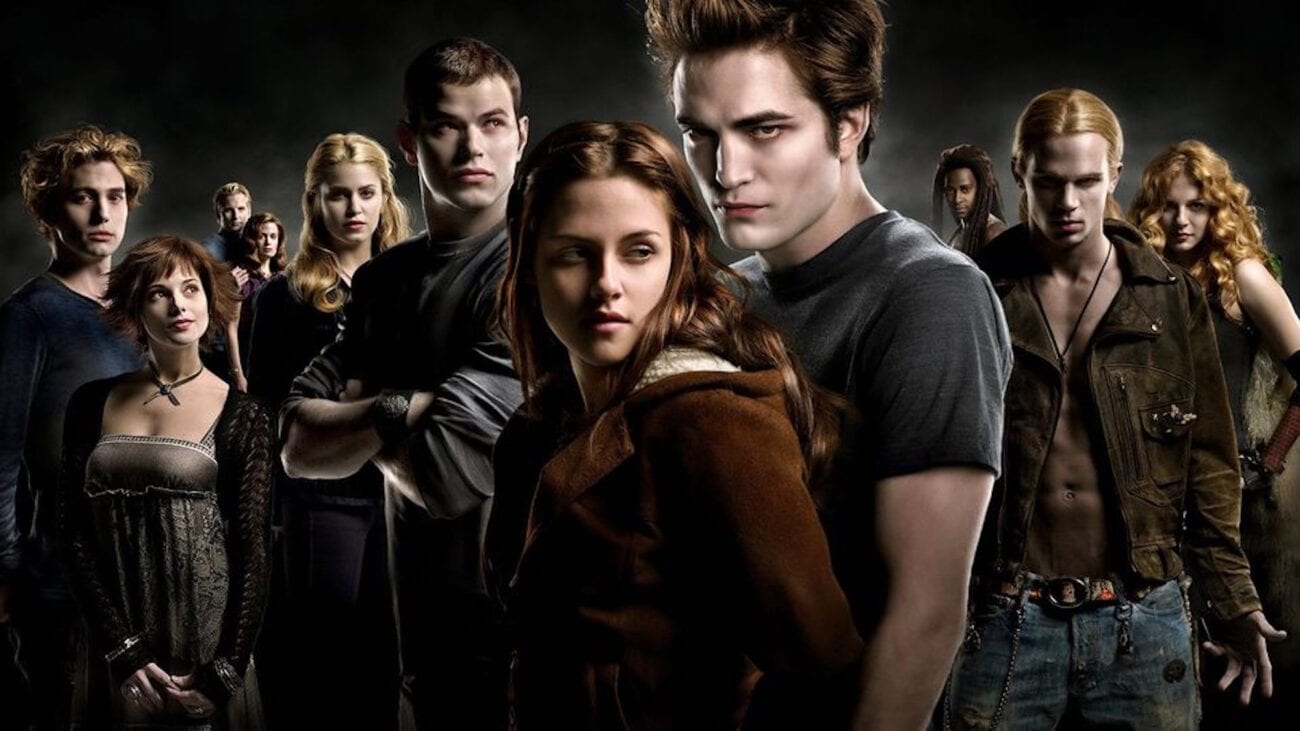 ‘Twilight’ is on Netflix: Where are the characters of this franchise now?

Twilight and its following films are on Netflix. Huzzahs are heard, if you’re into that sort of thing. After all, Twilight experienced something of a renaissance with fans just shrugging and rubbing their grubby little hands over Stephenie Meyer’s characters to make them as weird & wonderful as their minds can make it. It is, after all, the fandom way when dealing with canon that makes you want to cry.

Anyway with all the Twilight movies available on Netflix so you can see characters such as Edward, Bella, Alice, etc living those vampire-filled lives in Forks, Washington. Naturally, everyone has plans to do a Twilight binge this weekend. So let’s see what Twitter is thinking of with this release, shall we?

Thunderstorms, as Twilight teaches us, are just vampires playing baseball.

now that the twilight saga is finally on netflix this is going to be me the whole day pic.twitter.com/zO1aS348MK

Look at the fans in their natural habitat.

Now that the twilight saga is on Netflix can we please bring this moment back pic.twitter.com/241YkiyoKW

Kudos to someone for making that.

THE WHOLE TWILIGHT SAGA BEING ON NETFLIX MAKES ME SO MF HAPPY pic.twitter.com/hyZlRqV29h

Twilight fans are dancing in the streets

It’s a happy day for fans of the characters.

Imma wear this while I binge watch the twilight saga 😌 pic.twitter.com/jbsJyqW3Ew

Where the heck does this fabric even come from?!

The twilight saga is now on Netflix which means I can get drunk and rewatch them whenever I want pic.twitter.com/FFEAm4CPKk

Break out the boxed wine

I don't care if I have the Twilight saga on dvd and blu ray.

To be fair, with Netflix you don’t have to change the DVD.

i see twilight saga is trending, so I can't skip the opportunity to address all twihards out there – HEY, have you heard about vampire: the masquerade?

we have hot vampires and heartbreaking stories

and yes, you're welcome to the fandom, if anyone says you're not, i'll bite 🧛🏻

Want to be a vampire? Try roleplaying! Not that kind, the other kind with the dice.

Burry me with my complete twilight saga dvd set pic.twitter.com/gXzymHLbxy

That’s a way to be buried. Like the pharaohs of Egypt.

That baseball scene was trying something.