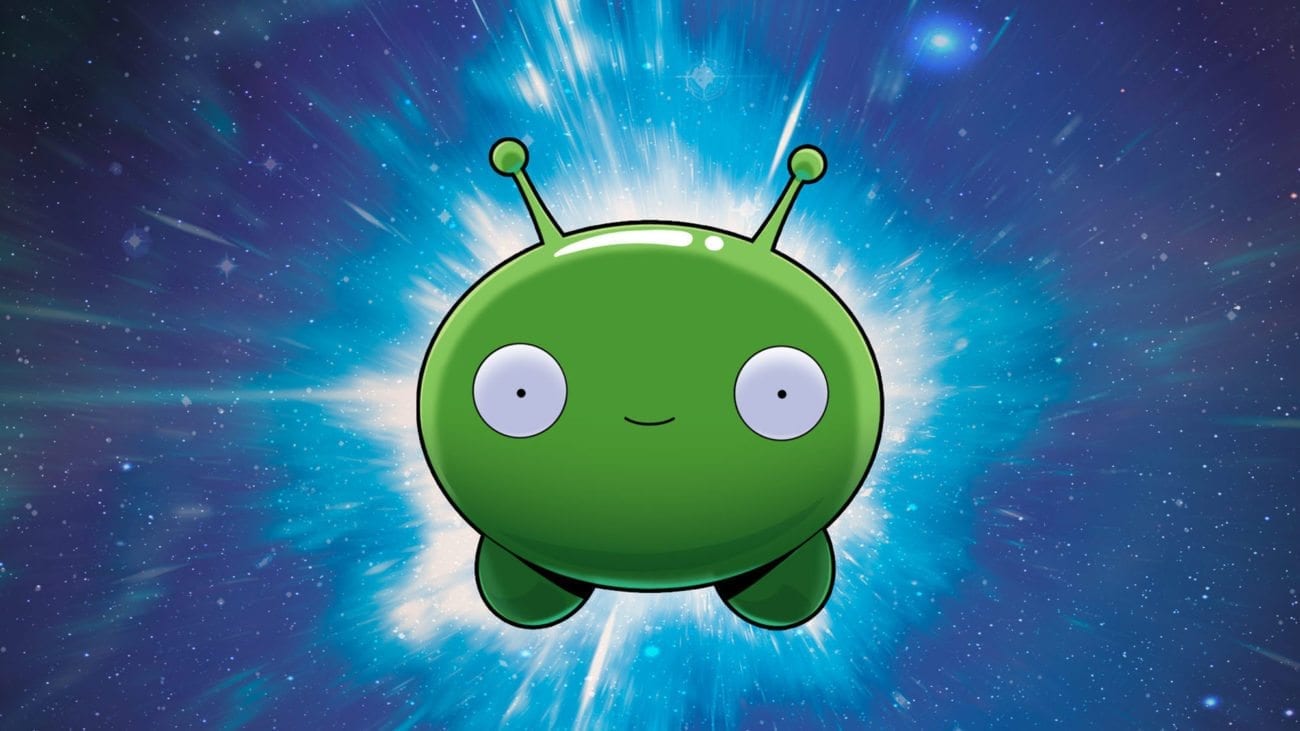 A new animated series, Final Space, recently dropped on TBS and quickly earned praise for its slick animation, dysfunctional family values, and darkly comic science-fiction adventures. A harrowing space tale disguised as a comedy in the same vein as Futurama or Rick and Morty, the first six episodes of Final Space may suffer from an uneven tone, but its premise and characters make for an intriguing blend of humor and dread.

Just finishing a five-year sentence on the prison spacecraft Galaxy One, the series stars the unhinged Gary and his newfound cuddly sidekick Mooncake. On the verge of a nervous breakdown, Gary has spent the last few years fashioning friends and conversationalists from inanimate objects.

After a series of unexpected events, Gary is given new purpose but struggles with everyday life after his stint in space prison. Most of the show’s charm comes from the adorable green sidekick, Mooncake, secretly a dangerous planet destroyer who represents the mood whiplash found throughout the show. Recalling equally cute and psychotic alien sidekicks like Futurama’s Nibbler and Lilo’s partner in crime, Stitch, Mooncake is bound to join the pantheon of television and film’s favorite alien creatures.

Here’s Film Daily’s out-of-this-world roundup of the best little green men to appear on the big and small screens.

Simply known as “the alien” in Ridley Scott’s first groundbreaking film, Alien is one of the first, and still the best, blends of claustrophobic horror and psychological science fiction. Recalling masculine fears of sexuality and pregnancy, John Hurt’s famous early role is still a shock for first-time viewers, a gory death of reverse penetration that remains convincing and visceral to this day.

The Xenomorphs’ greatest nemesis, when not fending off pesky space marines, the Predator’s first appearance was alongside Arnold Schwarzenegger (The Terminator) in a similarly iconic first entry that swaps the spaceship for a swampy jungle, and tense horror for tight and satisfying action.

A bulkier, more humanoid creature than its foe, the Predator is nevertheless a sleek and formidable result of perfect evolution. The reveal of its hideous face is just as scary as the eyeless dome of the Xenomorph, boasting creepily staring eyes and powerful mandibles.

Some of the most iconic alien designs have been found in cartoons, and Looney Tunes’s Marvin the Martian is still one of the best.

Answering the question of life on Mars with a resounding “Yes!”, Marvin somehow resembles a roman centurion (modelled after the Roman god Mars, get it?) and is known for his soft-spoken indignance and short temper. Marvin’s apparently been trying to destroy Earth for a couple millennia because it ruins his view of Venus, but his maniacal plans are usually disrupted by Bugs Bunny.

A staple of several film and television properties, the Grey aliens stem from numerous descriptions of alleged alien abductions tracing all the way back to 1947’s Roswell incident and maybe earlier.

Some give credit to H.G. Wells for introducing the iconic design of a thin, lanky humanoid with grey skin, a bulbous head, and huge, black eyes that have since become the default image of alien humanoid form, utilized in everything from The X-Files to the latest Indiana Jones sequel. The Greys’ most famous iteration was Spielberg’s Close Encounters of the Third Kind.

Another classic tale of alien visitation, E.T. swaps Close Encounters’s mysterious UFO sightings for the more personal tale of a psychic friendship between a young boy, Elliot, and an abandoned alien visitor.

Avoid the newly enhanced special edition which replaces some scenes of remarkable costuming with a disrespectful and aesthetically damaging CGI replacement. Cute and creepy, the alien effects still hold up to today’s standards and the bug-eyed head and glowing index finger make for another iconic design choice. 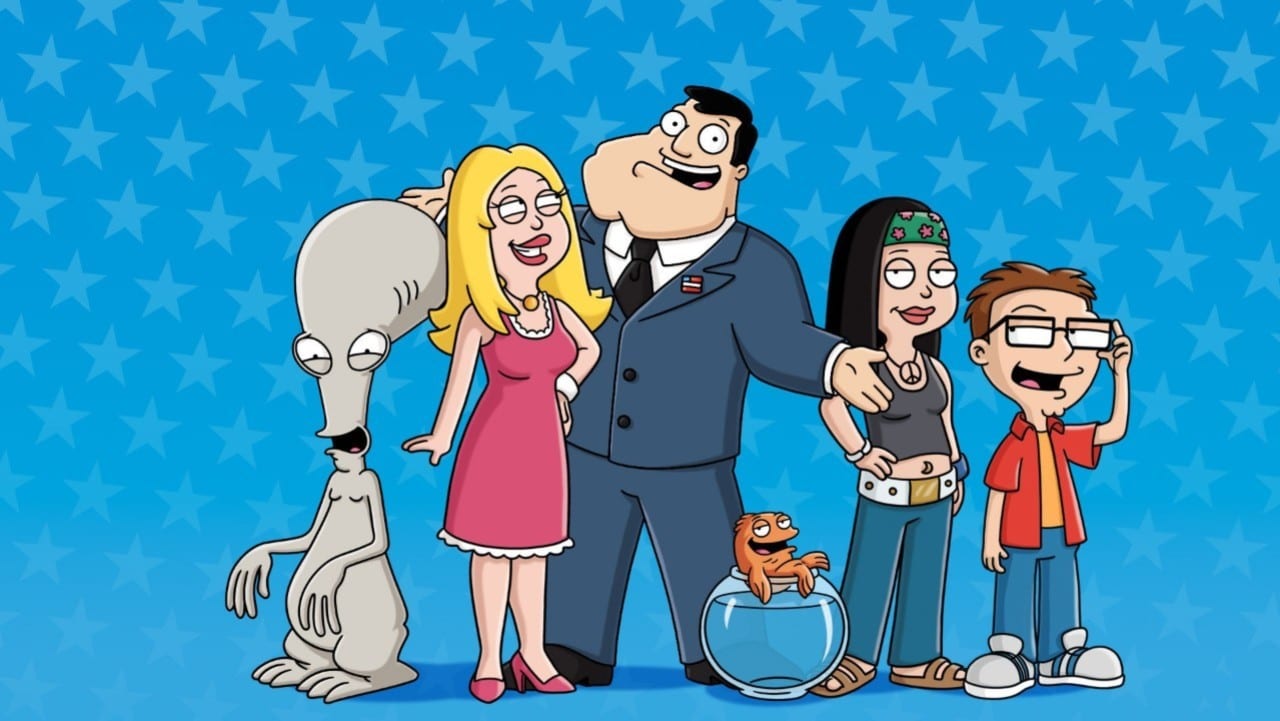 The result of a Grey crossing paths with the crude comic sensibilities of Family Guy creator Seth MacFarlane, Roger is the androgynous, pansexual, yet sensitive member of the Smith family in the popular cartoon American Dad. Known for crossdressing and nefarious, mischievous schemes, Roger was unashamedly named “The Gayest Cartoon Character of All Time” by Logo TV, a first for a cartoon character from another world.

Octopus-like, green inhabitants of Rigel VII, Kang & Kodos have appeared in every “Treehouse of Horrors” episode of The Simpsons, with various evil plans ranging from world domination to human consumption. Sometimes showing up in a brief cameo at the end of the episode laughing at Earth’s oncoming doom for way too long, K&K have become the most iconic non-canonical characters of the hit cartoon.

Clumsy, nosy, and surprisingly down-to-earth, but also famed for his disgusting dining habits, the strangest thing about Doctor Zoidberg is the fact that he wears sandals. Next strangest is that he talks like a New York Jewish grandpa.

The resident crustacean surgeon for Futurama’s Planet Express team, his sharp claws come in handy sometimes, but a severely limited knowledge of human anatomy calls into question the wisdom of his employment. Zoidberg’s biggest blunder was probably attaching Fry’s severed arm on the wrong side.

No official title is given to the species of alien refugees who attempt to find a new home in Johannesburg, South Africa, though they admittedly do bear a striking resemblance to shellfish.

Technically, isn’t every Star Wars character an alien in this galaxy far, far away? That may be so, but our favorite has to be Chewbacca, the growling grizzly Wookiee of a sidekick, whom everyone can understand except the audience.

Consisting of costume brilliance and a lumbering performance from giant Peter Mayhew, Han Solo wouldn’t be anywhere without his trusty sidekick Chewie, and we can’t wait to find out how the two first met in the upcoming Solo: A Star Wars Story.

The petulant would-be conqueror of Earth with a temper as short as his stature, Invader Zim is the star of his show of the same name. Zim originates from the planet Irk, where power is dictated by height.

As one of the shortest of his race, and an irritating, naive nuisance, Invader Zim is banished to Earth on a fruitless mission to get him as far away from the “The Almighty Tallest” as possible. An underrated series that delightfully pushes the boundaries of what is acceptable viewing for children.

Nameless, mysterious, deadly. Originating from the 1950s B-movie The Thing from Another World, John Carpenter’s update sits alongside David Cronenberg’s The Fly as one of the best sci-fi remakes of all time. Showcasing hideously effective practical effects, The Thing uses its abilities to shapeshift into anything and anyone to horrific results, infiltrating an Arctic base and taking out its scientific team one by one.

With a low television budget, the original Star Trek series was forced to make its alien species as humanoid as possible, early iterations of the science-fiction staple featuring creatures who essentially looked like Earthlings with a few bits of makeup and modeling clay adorning their faces.

Klingons are definitely one of the best, a bloodthirsty, warlike species uncomfortably based on Asian features before their redesign in Star Trek: The Motion Picture. The Klingons have become Star Trek’s most recognizable adversaries, featured briefly in J.J. Abrams‘s modern reboot as well as extensively in its newest iteration, Star Trek: Discovery.

Somehow becoming one of the most instantly identifiable alien species, Vulcans were designed using a simple pair of fake pointed ears, steeply arched eyebrows, and a bowl haircut. The most famous member of its race is the half-human Dr. Spock, first officer of the starship Enterprise. A favorite among Trekkies, Vulcans have become pop-culture legends with their signature hand salute and message of goodwill, “Live long and prosper.”