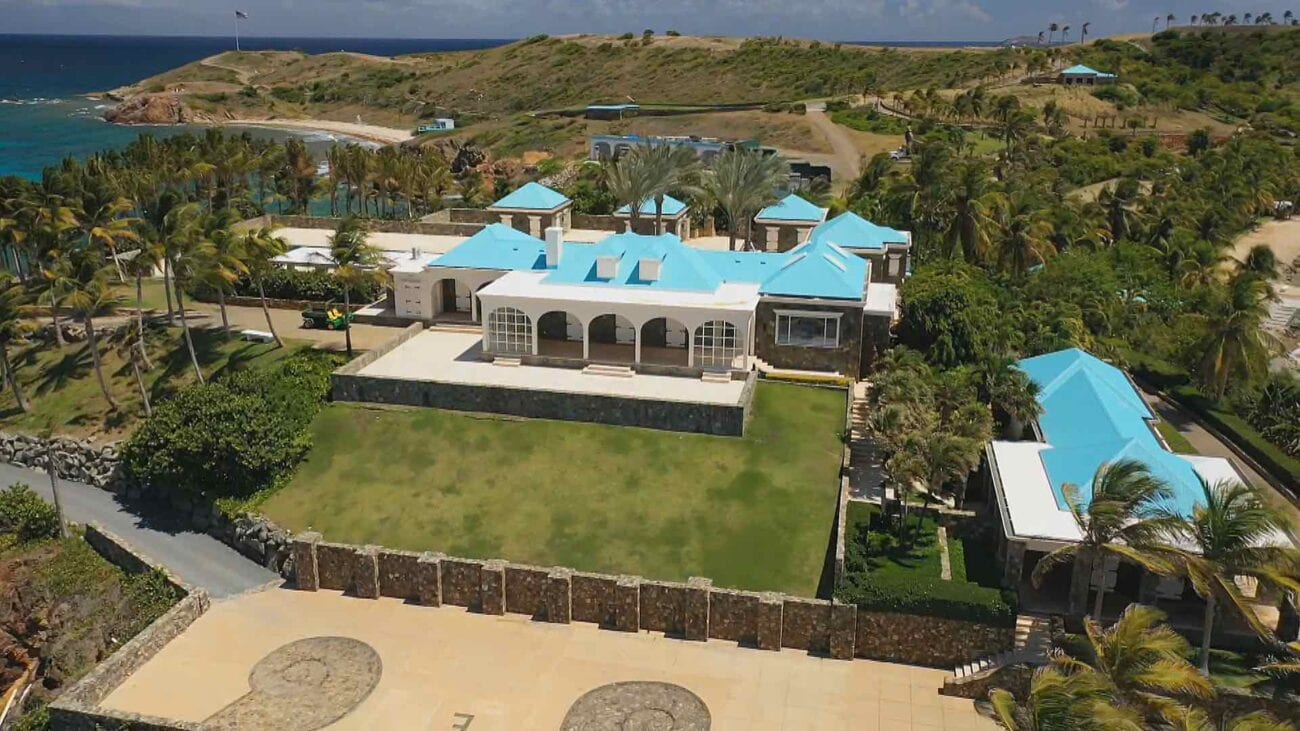 Did you know you can virtually visit Jeffrey Epstein’s island? Here’s how

Microsoft Flight Simulator 2020 was released on August 18th to mixed reviews. Featuring a total recreation of the entire planet through Bing Maps technology, some players have lauded the graphics & style of the plane game. But the release has not come without its fair share of detractors – and glitches.

Flight Simulator players learned early on that even though the game promises a comprehensive graphic rendering of Earth, some landmarks have been either altered or entirely left out. For example, Buckingham Palace has been turned into an office and the Washington Monument in D.C. has been rendered into a narrow skyscraper of sorts. Design inspo for 2021?

While these discrepancies can be fun in their own way, one landmark that’s caught the eye of some gamers is the infamous island owned by disgraced financier Jeffrey Epstein. We’re digging into the virtual tour of Little St. James and finding out all the tea on the Flight Simulator possibilities. 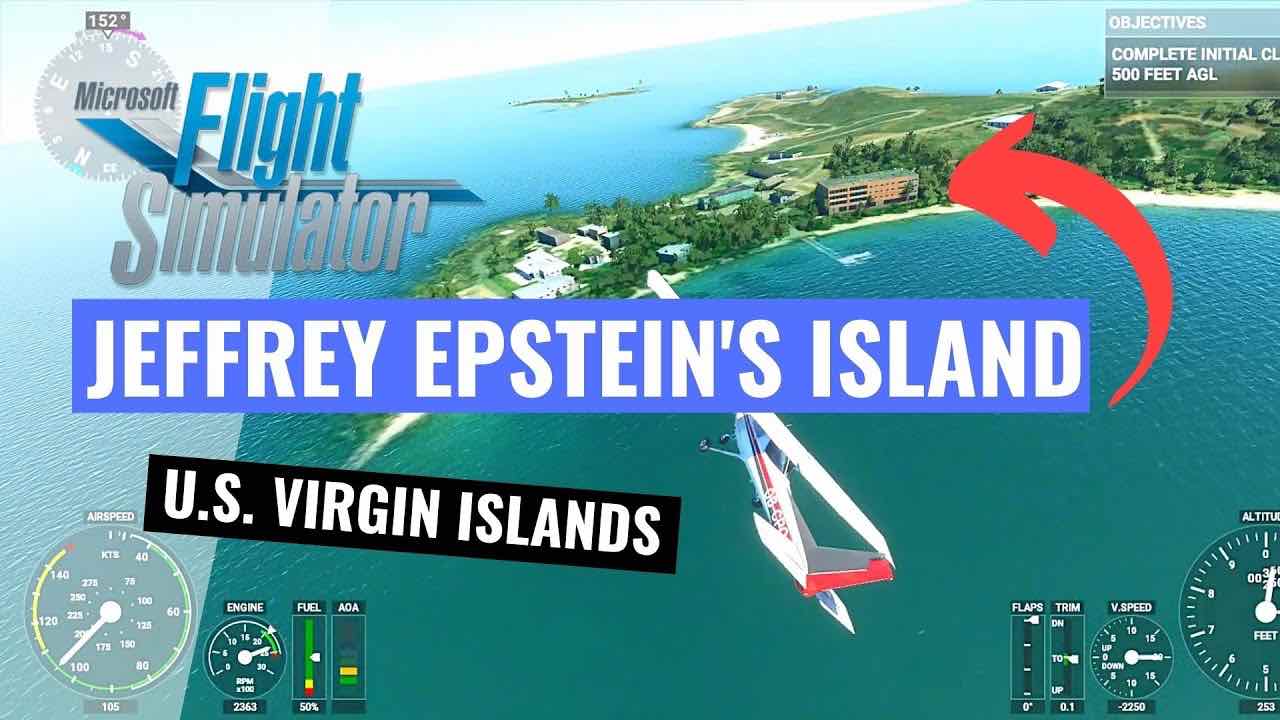 Players of Microsoft Flight Simulator 2020 are sharing the coordinates on Reddit and given tours on YouTube sharing the location of the seventy-acre private island that’s a part of the U.S. Virgin Islands in the North Atlantic Ocean. Since the pedophile’s suspiciously convenient suicide in 2019, Epstein’s death has sparked a series of internet speculations – and a fullblown meme culture.

We’re going to assume this virtual jaunt on the infamous Little St. James is for curious gamer boys – not edge lords. Even so, there isn’t much to see other than some winding roads and a few storage houses. The famed blue-and-white-striped villa has reportedly not been included, much to the disappointment of the players.

A viral tweet from journalist @slasher contains a screenshot from Flight Simulator with a swarm of planes, piloted by different online players attempting to land on it. The image was accompanied by the caption “People are gathering at Epstein’s island in Microsoft Flight Simulator and solving this case ourselves.” 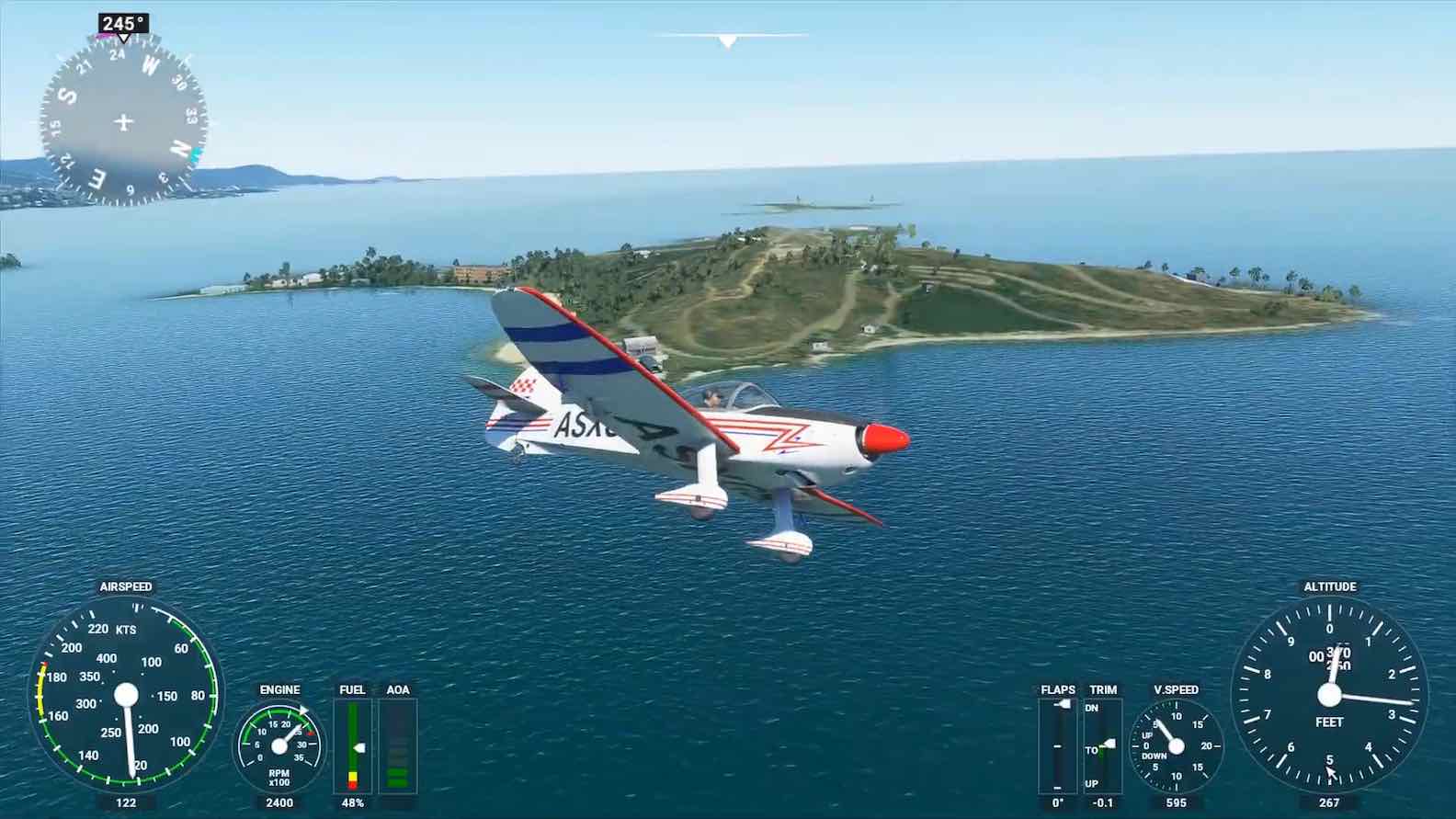 Although Little St. James has been a topic of conversation among conspiracy theorists, there isn’t much to achieve from visiting the virtual version besides the meme of it all. The domed building referred to as “The Temple”, an impossible-to-miss feature of the island, has been replaced with an unexciting box building. Whether these choices were intentional on Microsoft’s part is still up for debate.

Little St. James was raided in 2019, two days after Jeffrey Epstein was found dead in his prison cell. The FBI confiscated at least three computers filled with potential information & leads into the escapades of Epstein and his other high-powered friends.

If your interest is piqued, you can get a much better idea of what the island looks like on Google Maps, or simply watch some actual footage from when it was raided. We recommend not turning a video game into a platform to minimize the heinous acts committed by Epstein and his associates.