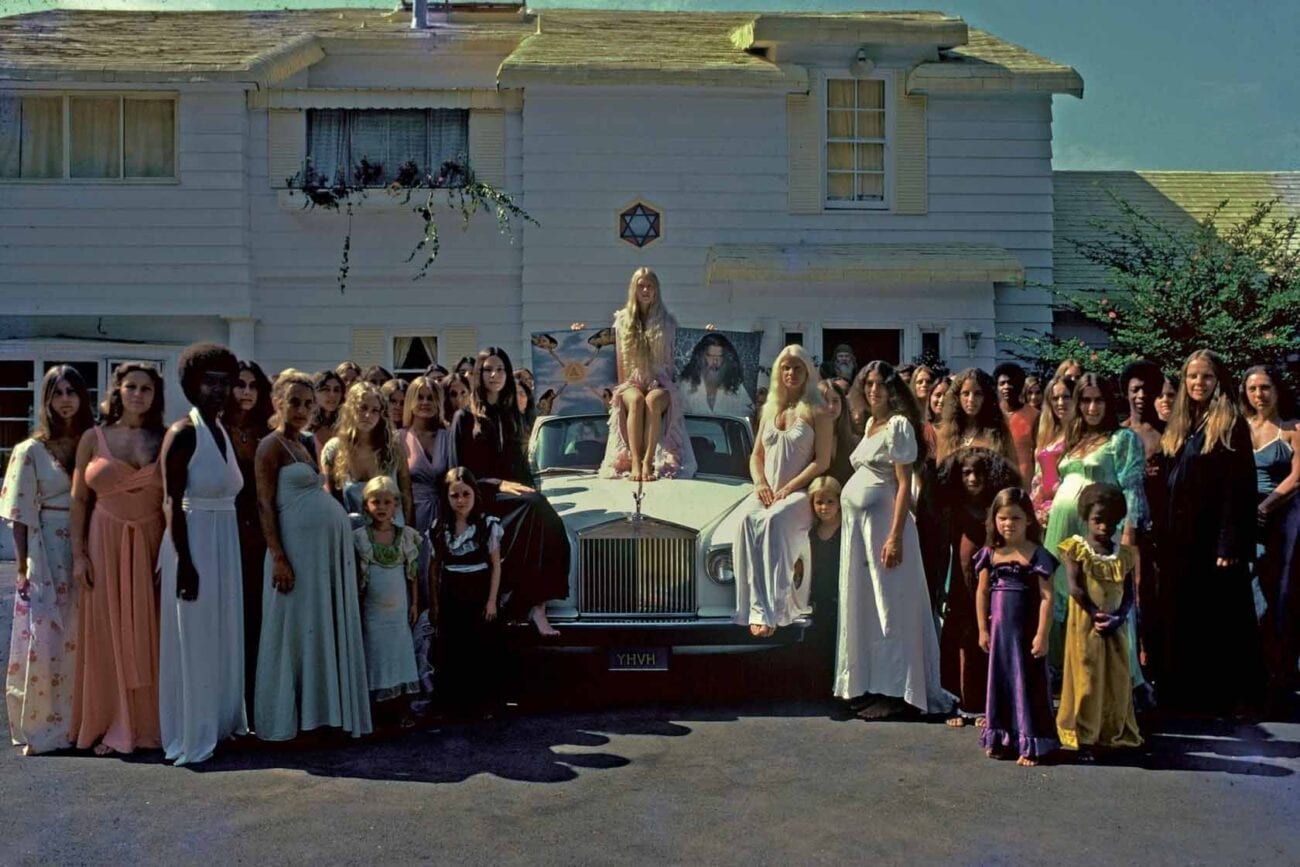 The Source Restaurant– it was very possibly the world’s first health food restaurant, established in 1969. Source served organic vegan food from its establishment on Los Angeles’s iconic Sunset Strip. Even though some may think the restaurant was before its time at its peak Source raked in $300,000 a year.

The restaurant boasted celebrity clientele ranging from Marlon Brando, Warren Beatty, and John Lennon and Yoko Ono. The restaurant was even featured in the film Annie Hall. Despite the Hollywood glitz and glam, the Source Restaurant wasn’t just about keeping the elite healthy, it was also homebase to a cult called the Source Family.

The cult was led by James Edward Baker, though to the members of his cult he was known as Father Yod. Yod was the owner of Source Restaurant, the lead singer in the cult’s experimental psychedelic rock band, and a god to his followers. Yod’s cult strongly followed the beliefs of Yogi Bhajan and the astrological age of Aquarius- a time period for Earth that lasts approximately 2,150 years. 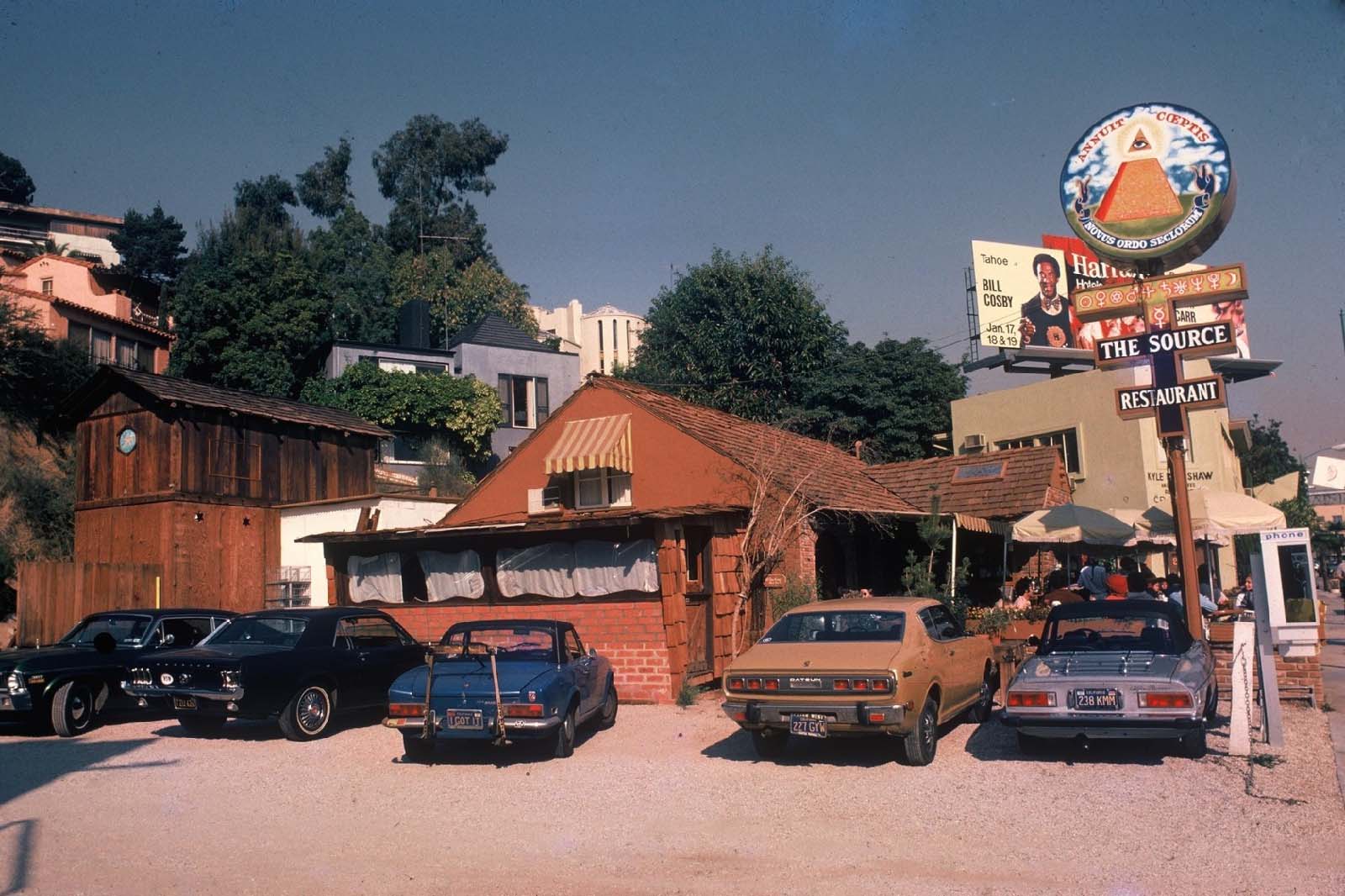 Members of the cult felt so strongly about their beliefs and the idea they were a family that many changed their last names to Aquarian. The gigantic, hippy, vegan cult lived together in a commune based out of a tiny three bedroom house in the Hollywood hills.

Yod had lived a storied life before becoming a cult leader– he was a war hero from WWII, a suspected bank robber, an expert in jujitsu, and an accused murderer. It’s said that before becoming Father Yod, James Baker had arrived in Los Angeles to become a stuntman, but instead decided the teachings of mysticism were more his speed.

At the time yoga, clean eating, meditation, and other practices were a strange concept, however these days they seem to be the fuel that LA runs on. The restaurant was the perfect gateway to encourage new impressionable members to join the cult and move into the commune. Source Restaurant was also where the cult’s musical band (called Ya Ho Wha 13) recorded and sold their songs. 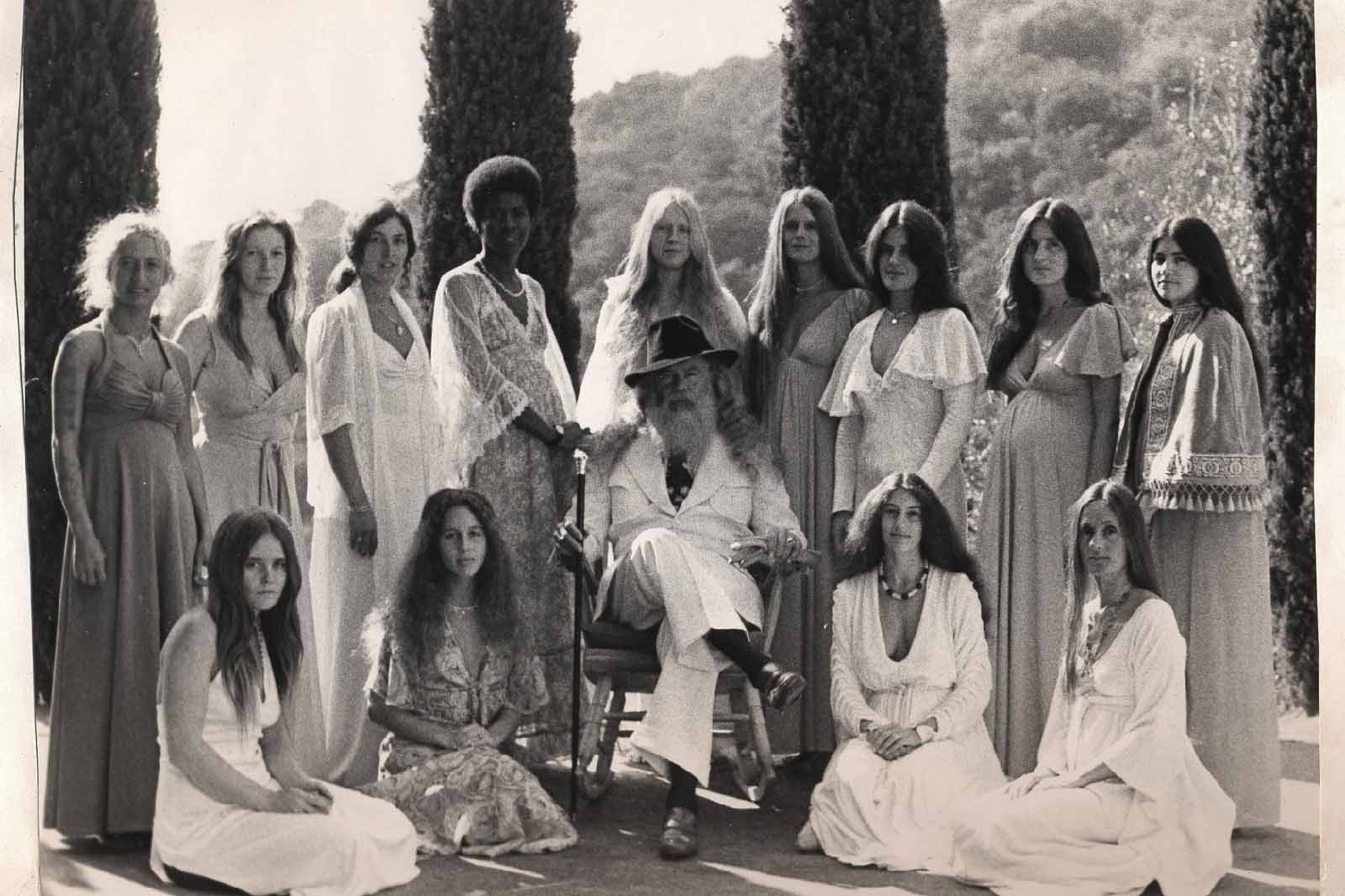 It’s been said that Yod had fourteen wives in the cult, but his only legal marriage was to Robin Popper, who gave him a daughter named Tau. Robin has been quoted saying that Yod was, “A dirty old man on a lust trip”. Overall, despite having fourteen wives, only three children are attributed as being his. Though, almost every picture of the Source Family cult includes multiple pregnant women.

This, however, is only accurate of his cult leading days. Before he led the cult, Yod (who was still James Baker at the time) had two previous marriages, both of which had also produced children. It’s also said that he was having an affair with actress Jean Ingram before he opened Source Restaurant. Some even believe Baker killed Jean’s husband by shooting and stabbing him. 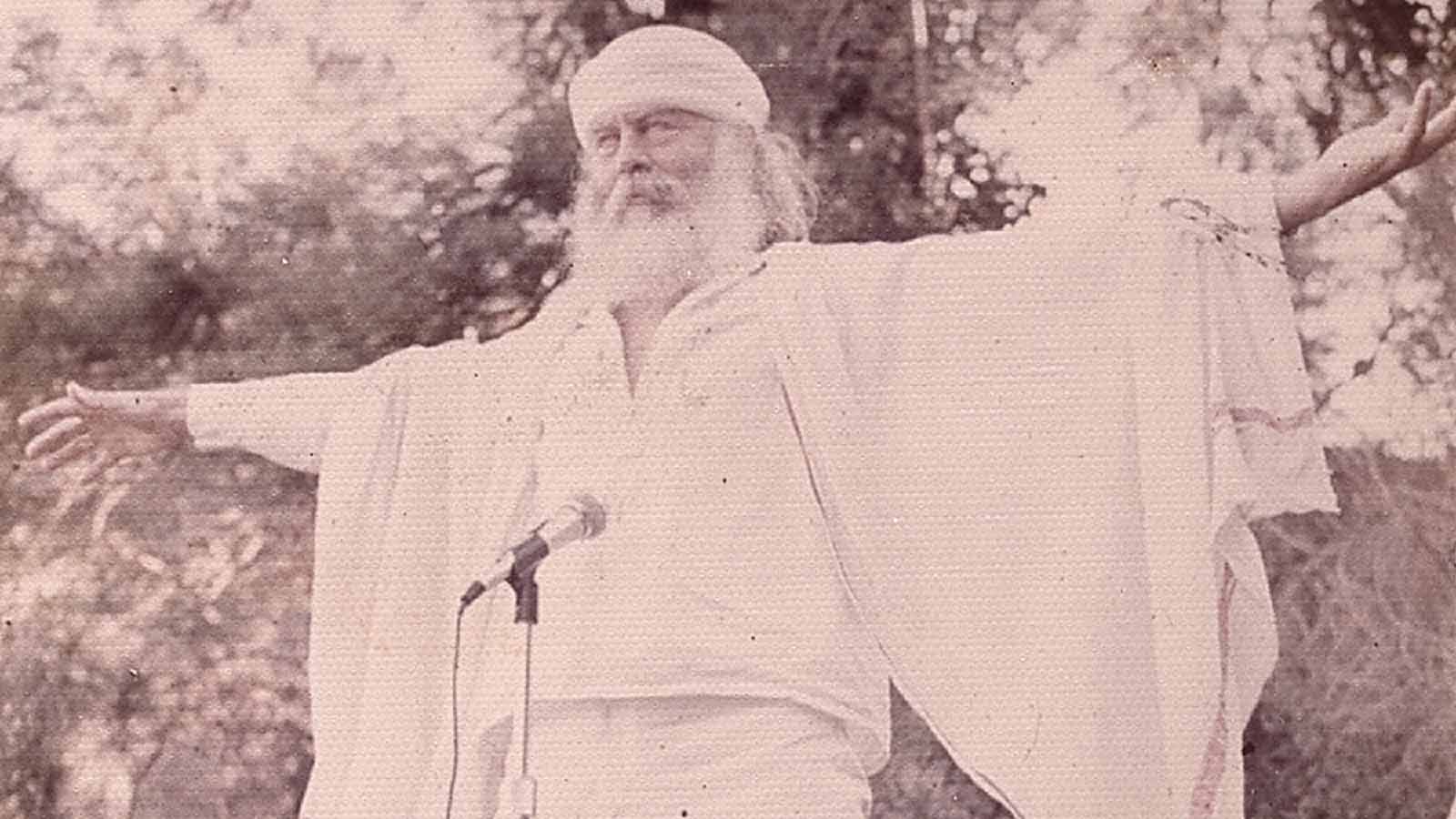 In 1974 the cult moved from California to Hawaii in the search for more room for the 150 member group. The Source Family struggled to find income without their popular restaurant. In 1975 the group was shaken by the death of Father Yod. Despite having no experience with hang gliding Yod attempted to glide off a cliff only to crash onto the beach below– causing mortal injury. Yod’s body was cremated and spread on a Hawaiian beach.

The Source Family, having no leader, and no means of income were forced to disband in 1977. Many still don’t see it as a cult and are grateful for their experiences. If you’re curious to know more about the vegan commune cult there’s a documentary called The Source Family. It was released in 2012, and as of writing this article, it’s free to watch on IMDb TV or Vudu. The film even won an award at SXSW. 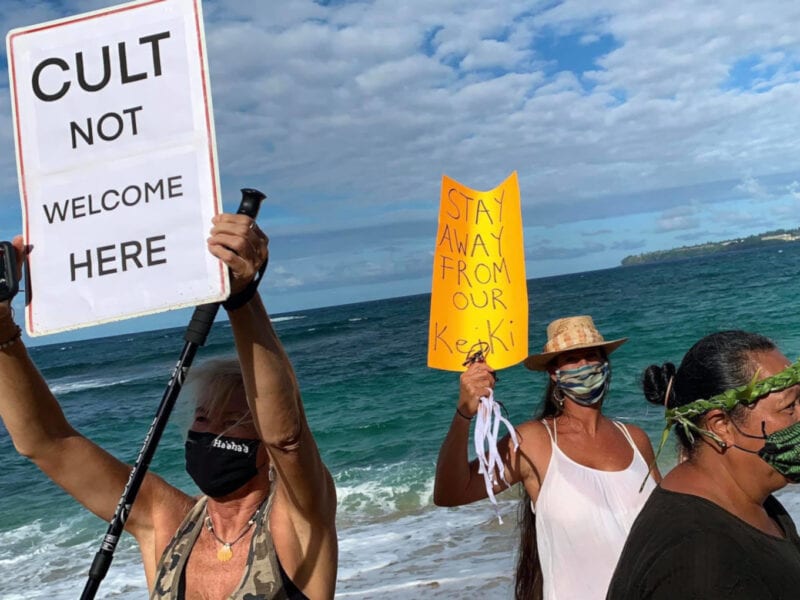 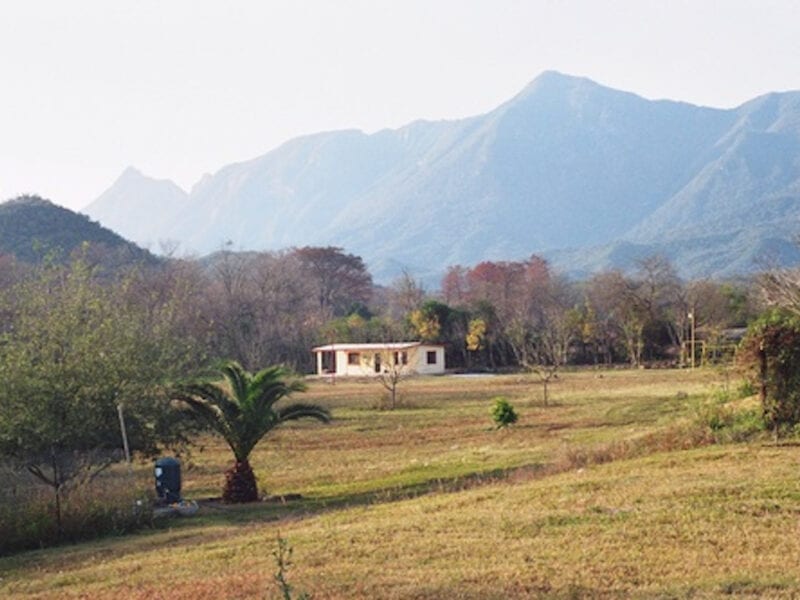 The High Priestess of Blood: Dig up this horrific true crime case